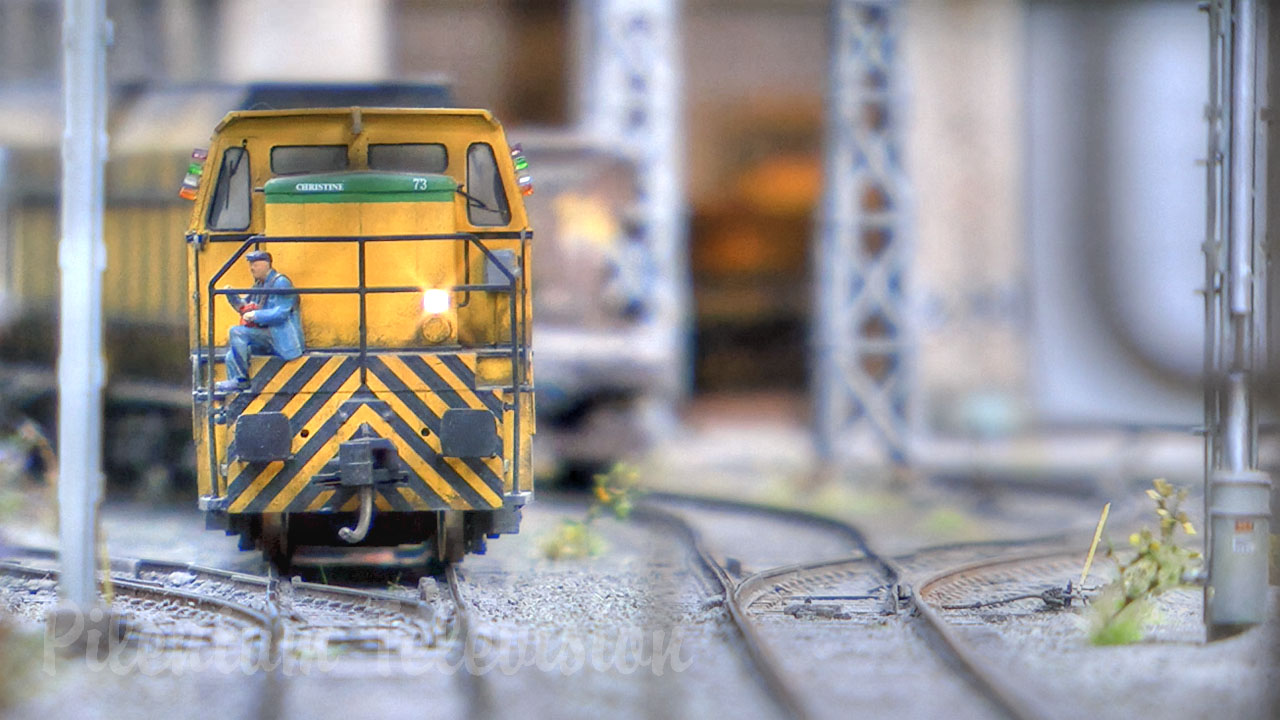 This model railway layout was surrounded by too many visitors every minute during the model train show “On TraXs 2022” in the Netherlands. The absolutely amazing model railroad layout “Le Bassin”, created by model builders Wieger Pasman and Floris Dilz in HO scale, depicts the Liège steel industry in Belgium. Because there were too many visitors permanently standing in front of the model train layout, Pilentum was unfortunately only able to film a few scenes of this extremely detailed industrial model railway in museum quality.

In 1817, the brothers John and James Cockerill founded a steelworks in the province of Liège. In the 19th and 20th centuries, the steelworks was continually expanded and had branches in Seraing, Ougrée and Charleroi. However, in the 1980’s the steel industry was to change completely because many parts of the steelworks were shut down. A mystical atmosphere emerged and the steelworks seemed like a patchwork of active and abandoned industrial buildings, where residential areas were built right up to the factory walls and where gas pipelines and factory railways intertwined everything.

This atmosphere of almost dying industry fascinated model railway enthusiasts Wieger Pasman and Floris Dilz so much that they decided to build a model rail layout illustrating the industrial buildings in the inner cities of Seraing and Ougrée. Twisting street corners, shunting tracks, pipes and conveyor belts block the view into the small miniature world, so that you have to spend hours finding the right angle to discover the many details as a visitor. As a cameraman, finding the right angle is then almost impossible with thousands of visitors.

Finally, “Le Bassin” is a 1/87 scale model railroad, loosely based on the steel industry around the town of Seraing near Liège, Belgium. It is a somewhat different steel industry layout, not focused on running realistic steelworks traffic, but rather a diorama breathing the atmosphere of Seraing and Ougrée in the late 1980’s, depicting a few scenes from the area. So the model railway layout is limited to a few scenes, including the “Ateliers Centraux”, i.e. the rolling mill with the works railway through the center of Ougrée, the level crossings and pipe bridges between the residential buildings, the adjacent power station and the old blast furnaces of Cockerill. 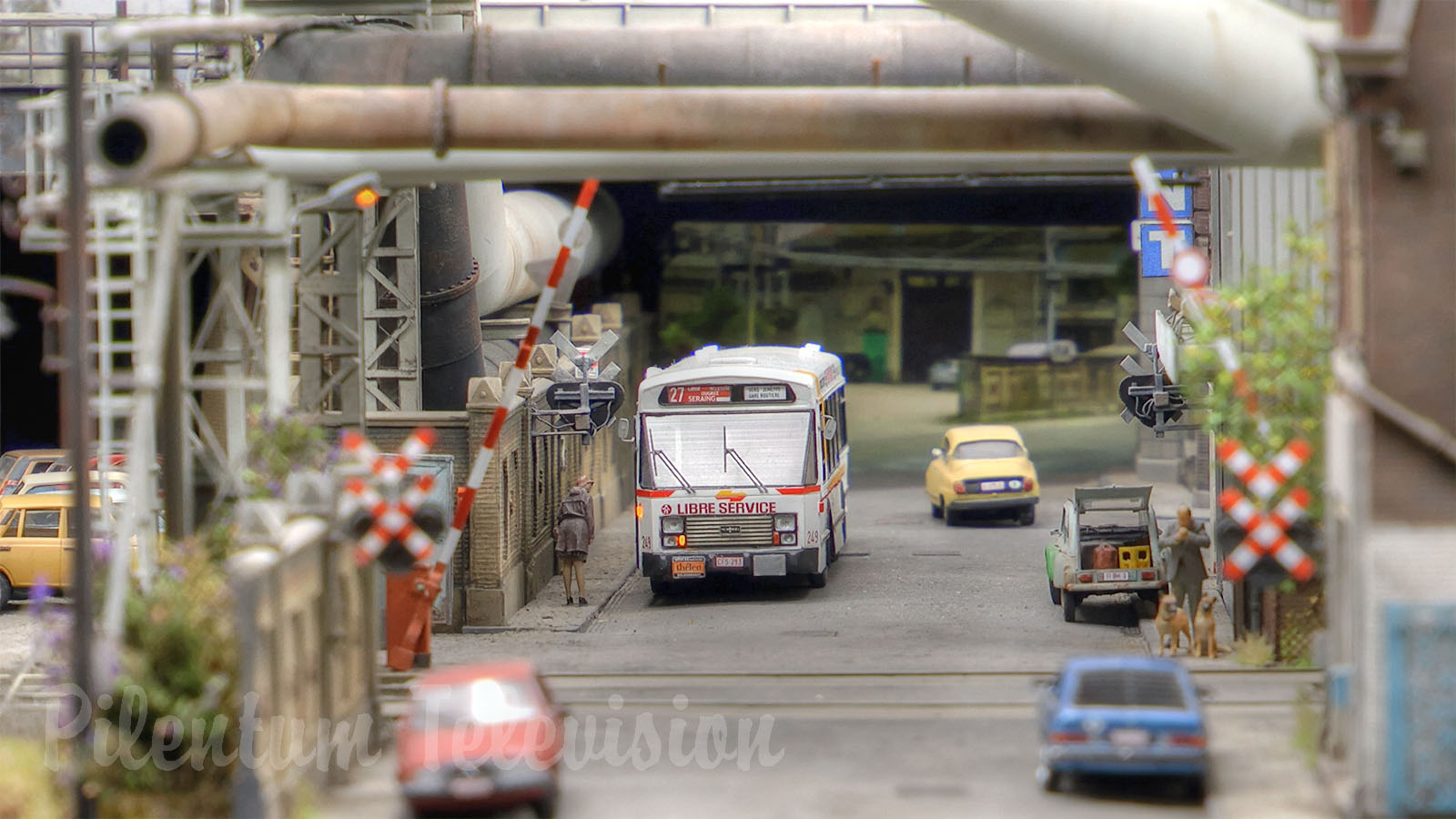 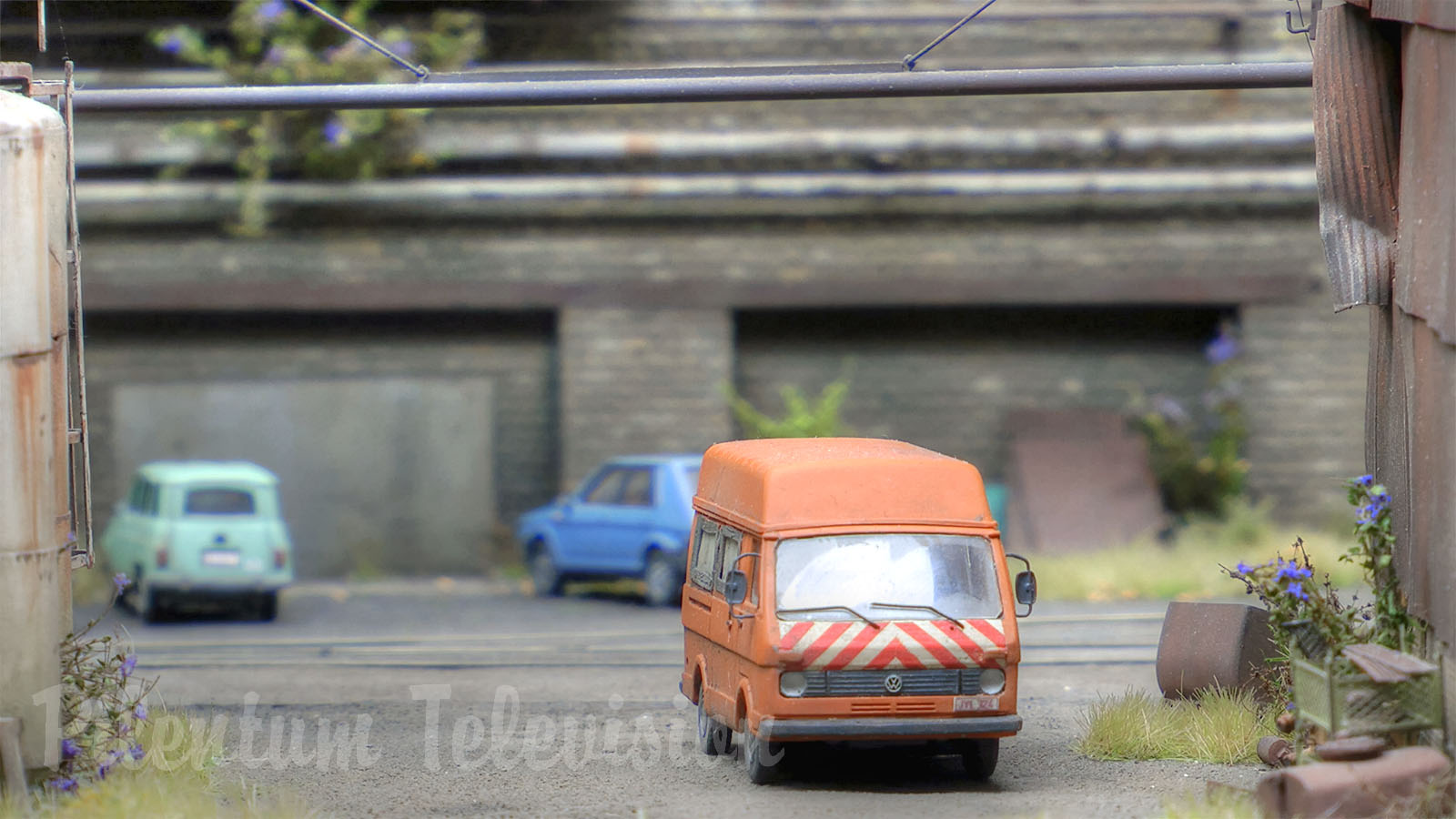 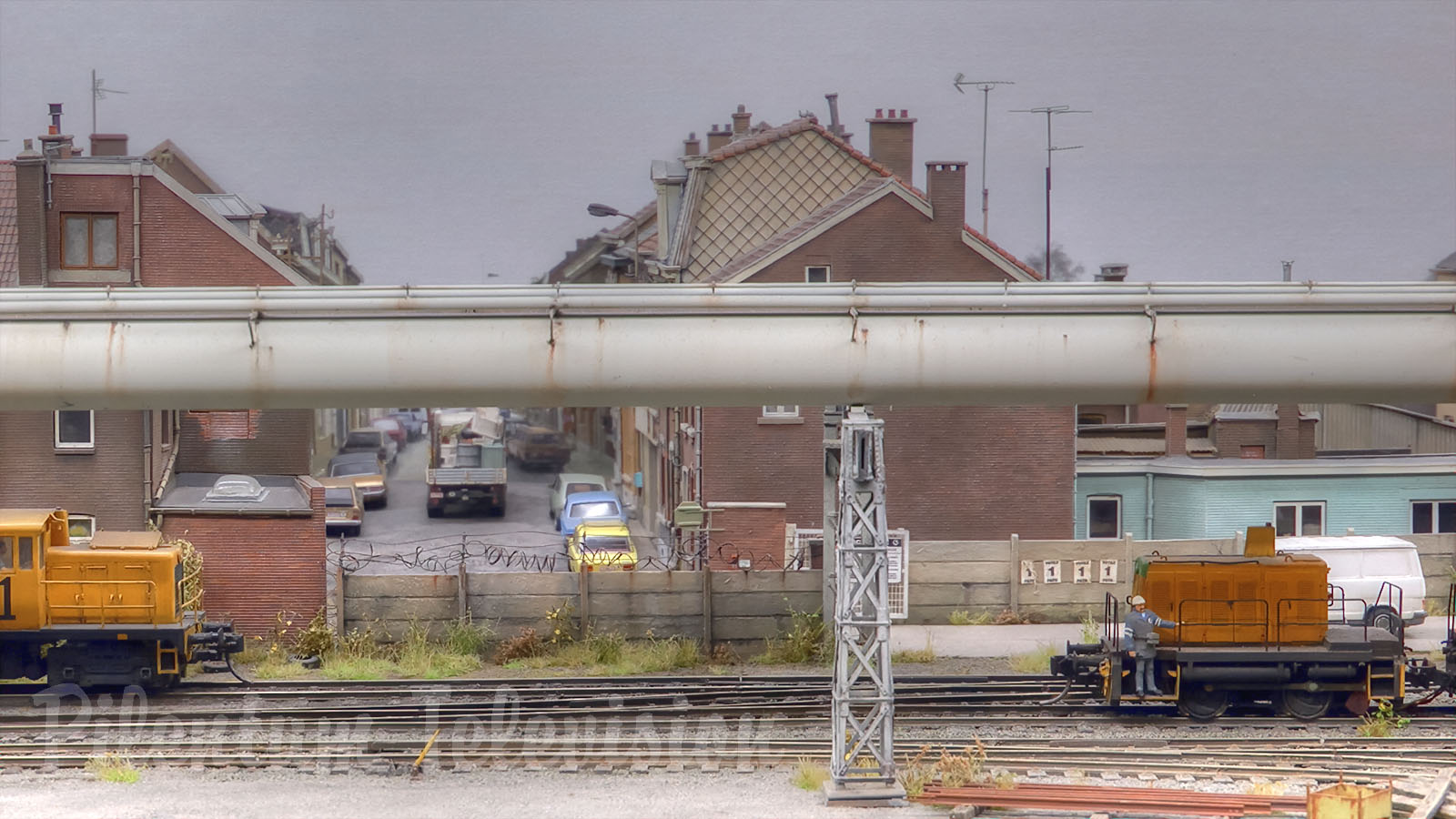 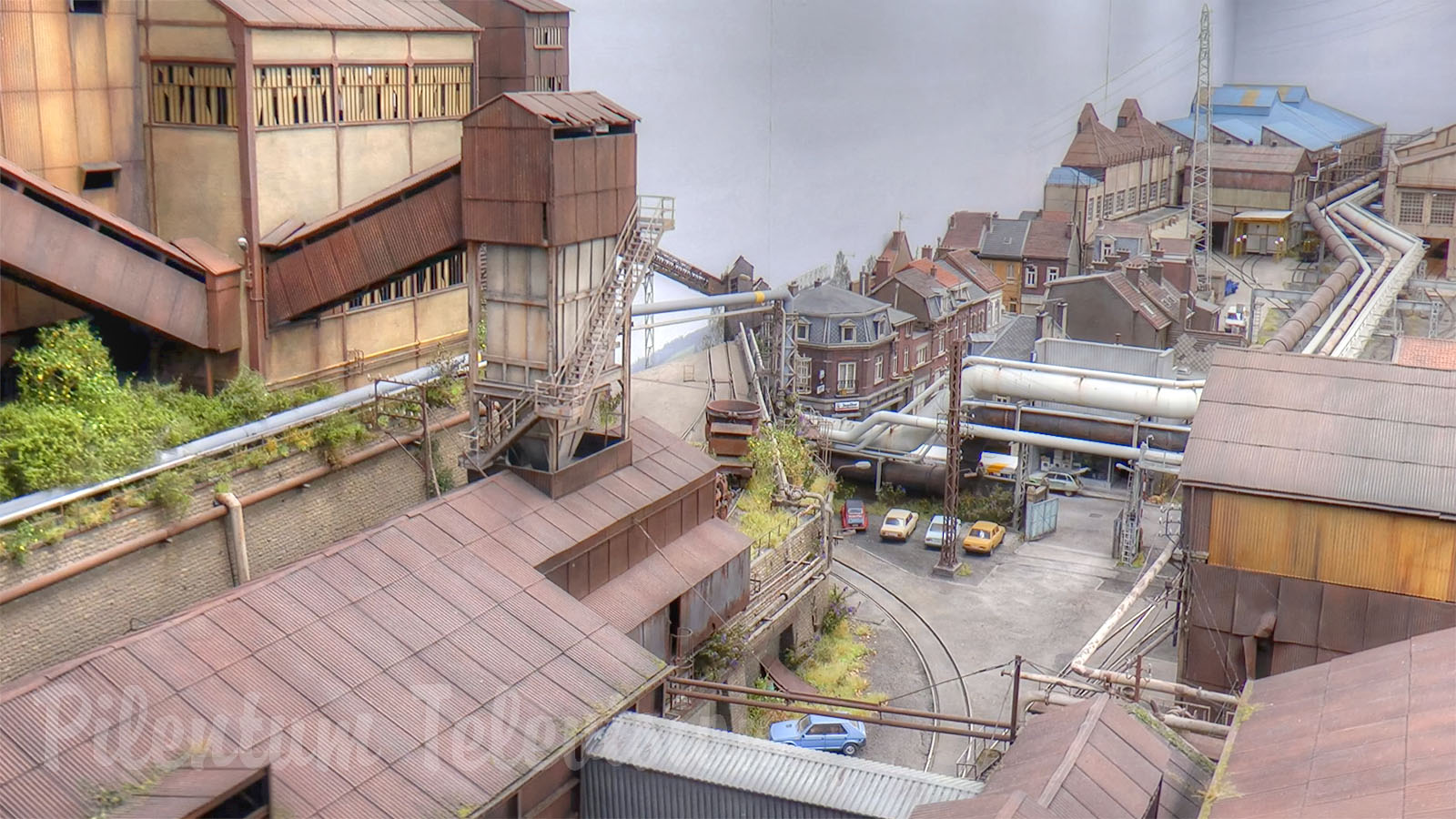 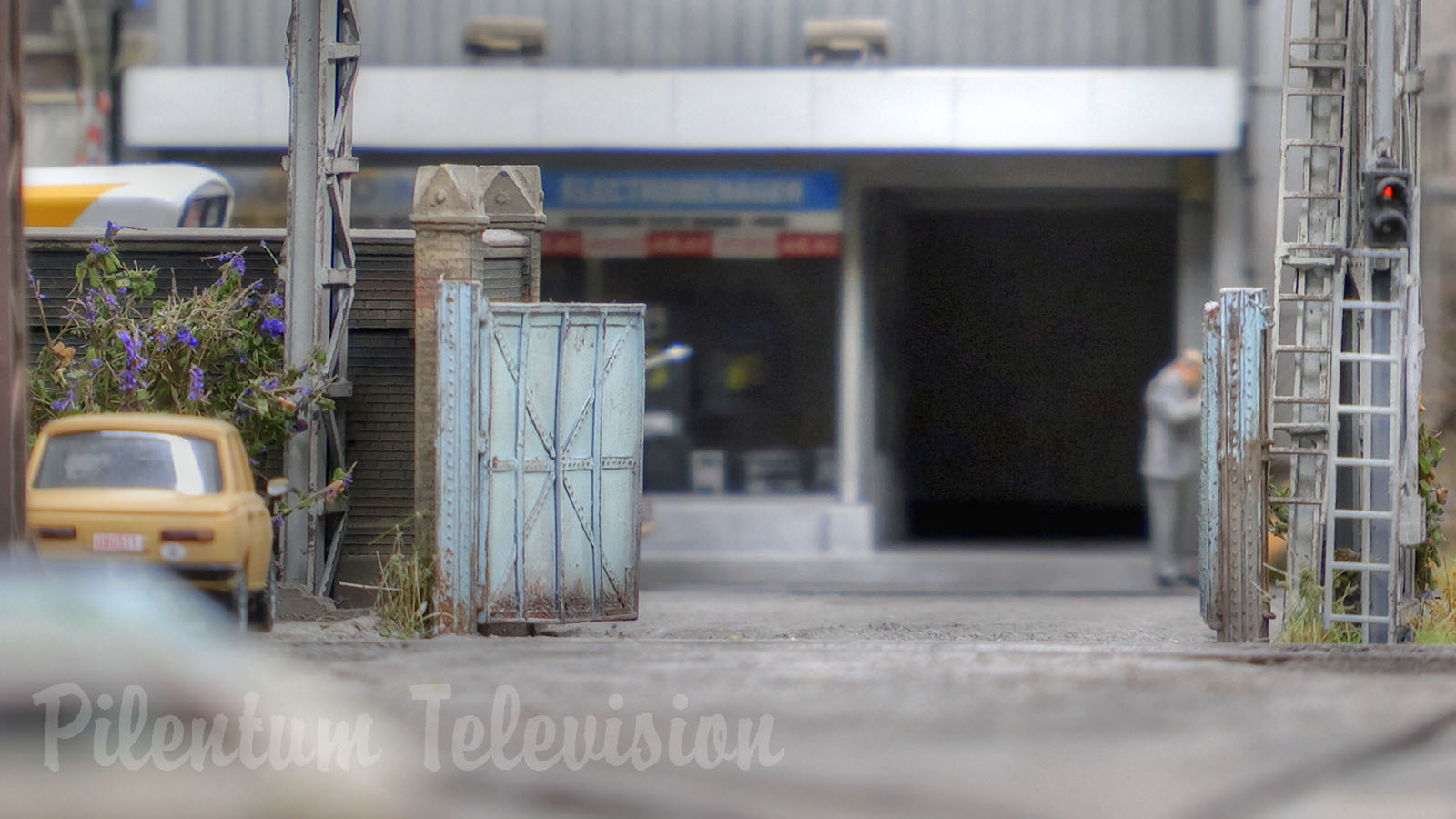 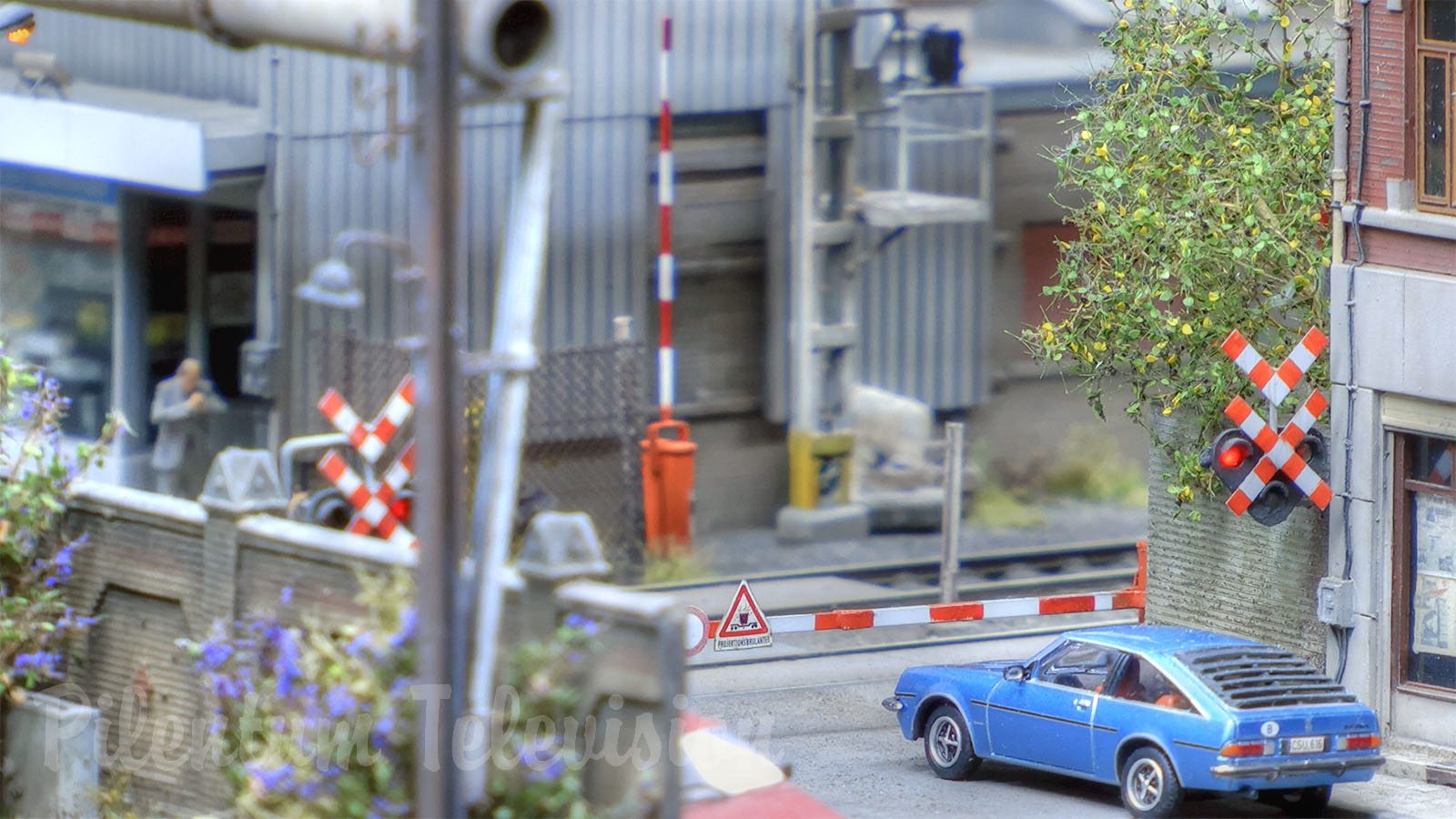 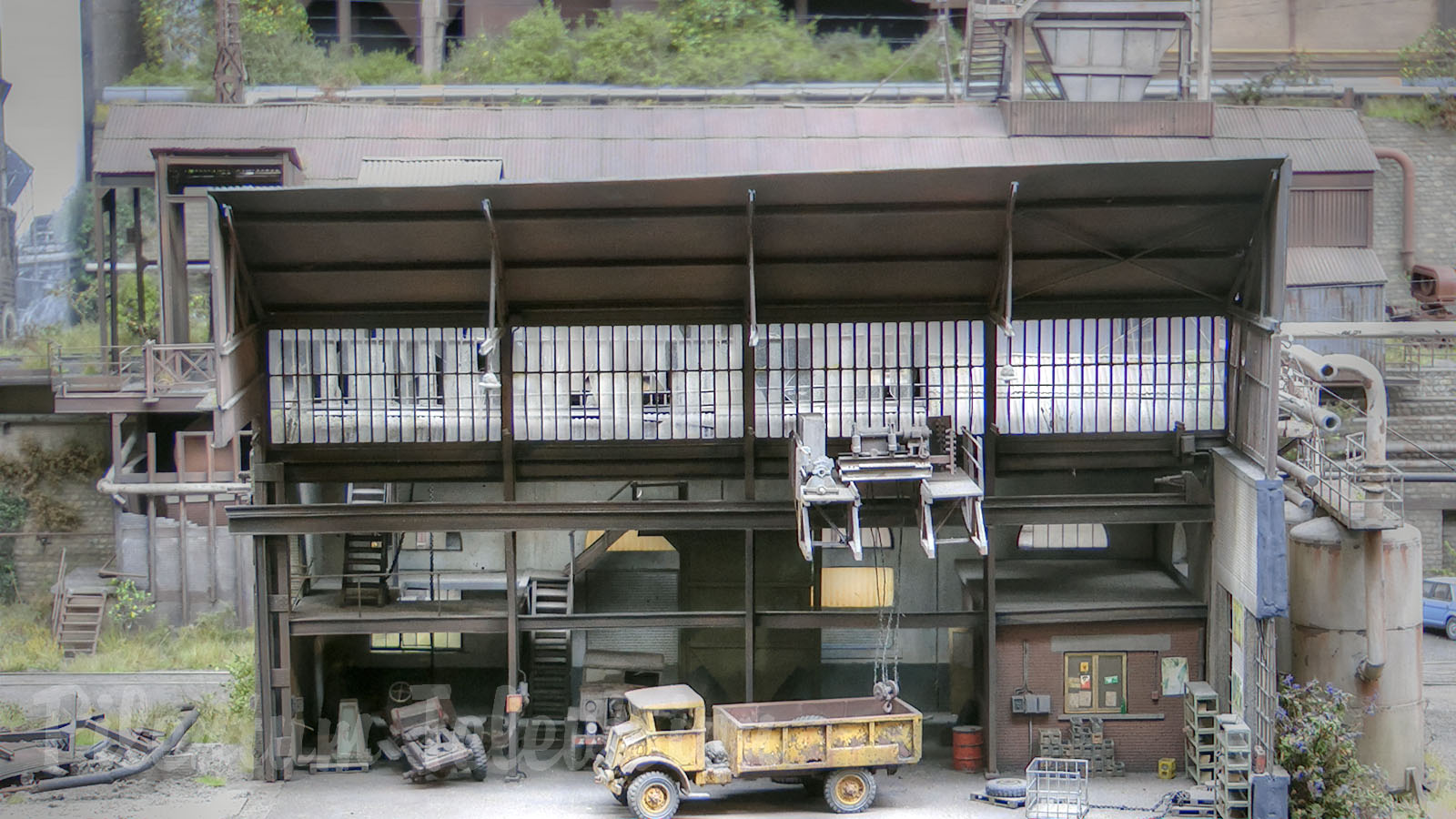 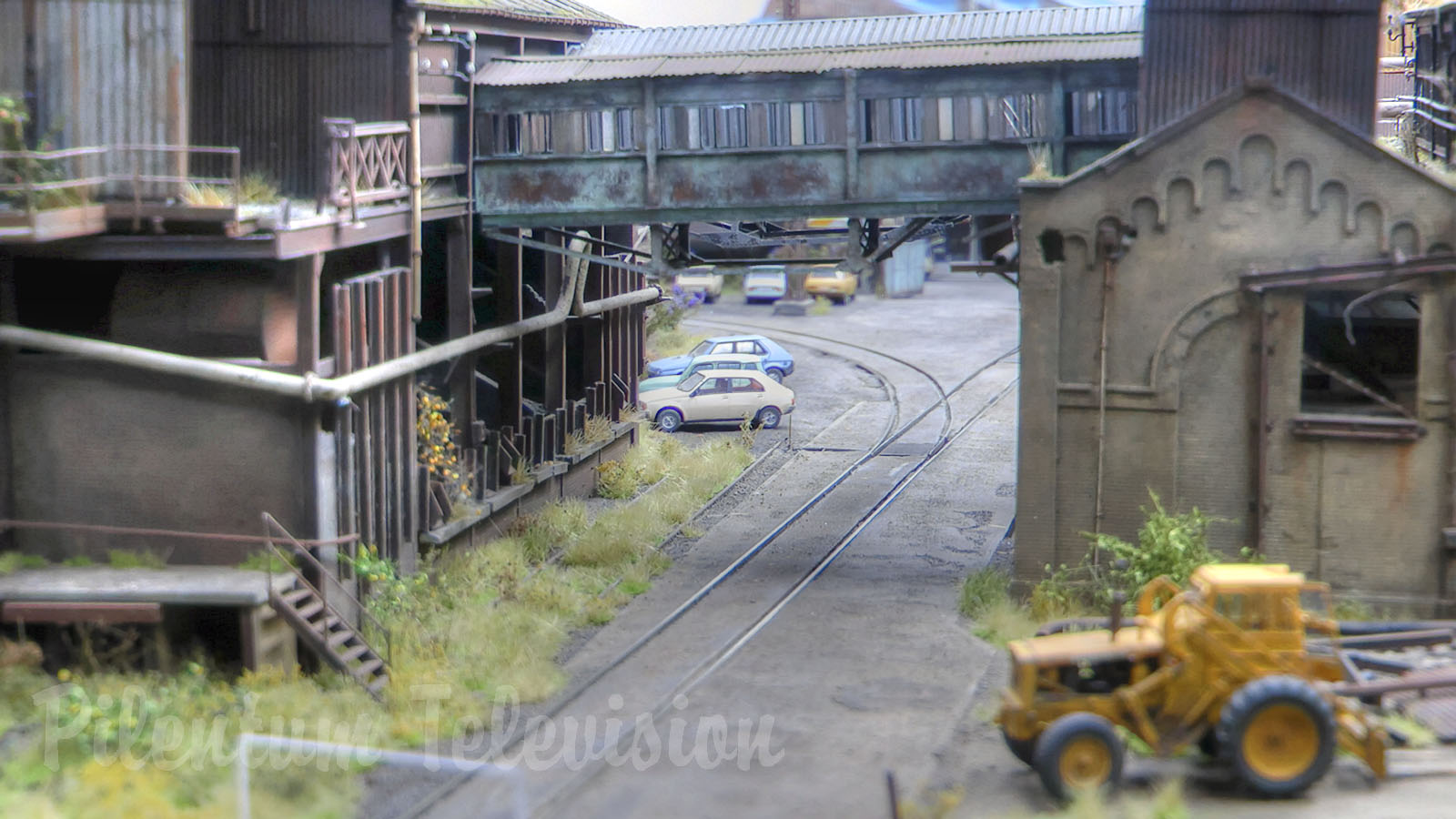