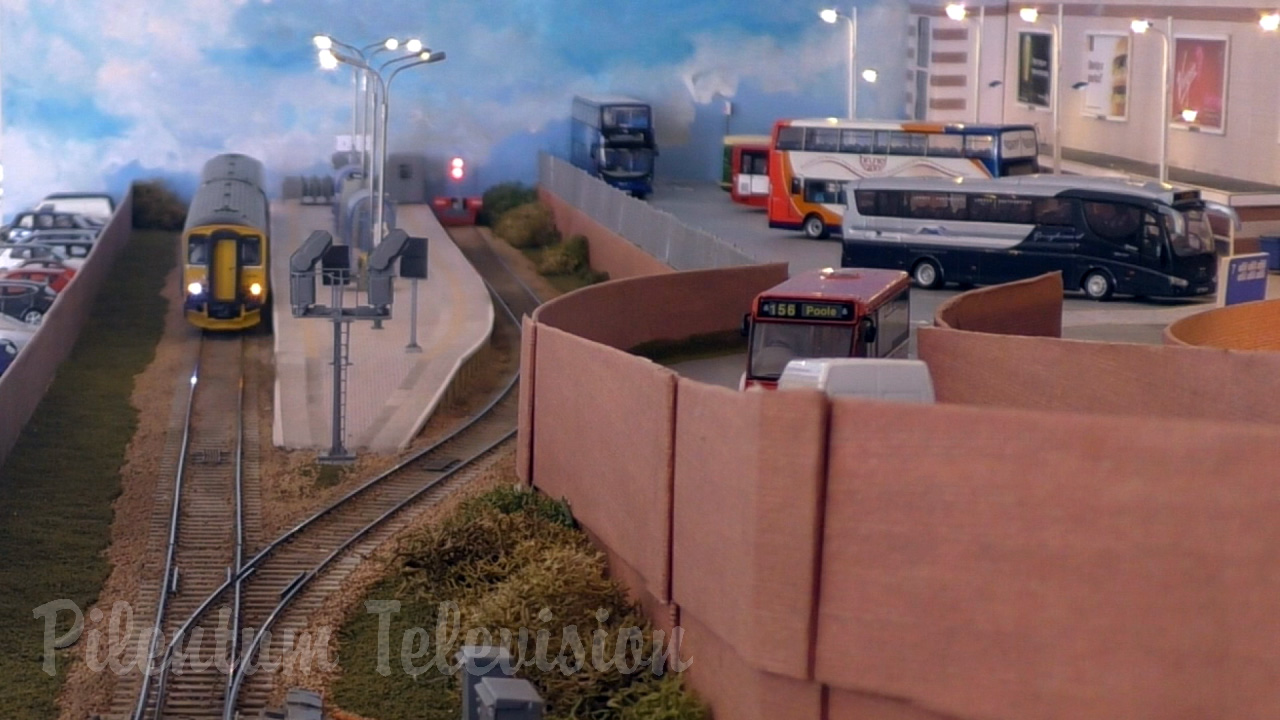 In this video, we focus on British railway modelling and we discover “Weston Interchange”, a 00 gauge modern image model railway layout set in the last five years. The model trains diorama is of a fictional location somewhere in the south west of the United Kingdom and has been built by Nicholas, living in Tramore by the seaside in Ireland.

Nicholas has created a fictional back story to enhance his 00 gauge layout: The branch used to be mainline junction, where two secondary twin track lines met. The quieter of the two lines was completely ripped up in the Beaching Axe in 1964 and the other to a basic branch using a single track and terminating at “Weston Halt”, which was once a through station called “Weston”. Although the line remained quiet at first, due to the shopping centre and bus station being built adjacent in the mid 80’s “Weston Halt” got remodelled with two tracks serving an island platform and renamed “Weston Interchange”. A small refuelling depot has been built on the alignment of the other closed mainline, to aid this now bustling branch terminus. The pair of twin track bridges remain as a constant reminder of the past. Perhaps there will be a reopening of the other closed line and redoubling will happen in the future again?

The design for “Weston Interchange” is a small but busy branch terminus with two platforms, including refuelling sidings, opposite, but parallel to the fiddle yard so that no frontage space is wasted. Track work is all code 75 by Peco. Pointwork is operated by MP5 slow action point motors. Also featuring working colour light signals. The control system is of specific interest, as the whole layout is fully computer automated.

The roadway features the “Faller Car System”, where the vehicles drive along seemingly unaided. Rolling stock is from the South West of England: On the layout, there are a Bachmann class 158 GWR, a Bachmann class 153 FGW, a Dapol class 68 and a RealTrack class 143 in ATW. All locomotives and trains are sound fitted. Nicholas started “Weston Interchange” in April 2021. The model rail layout measures 12 feet by 3 feet. Everything is controlled by “iTrain Pro 5” software, so model trains can be ran automatically, semi auto or manually just like any other DCC layout. 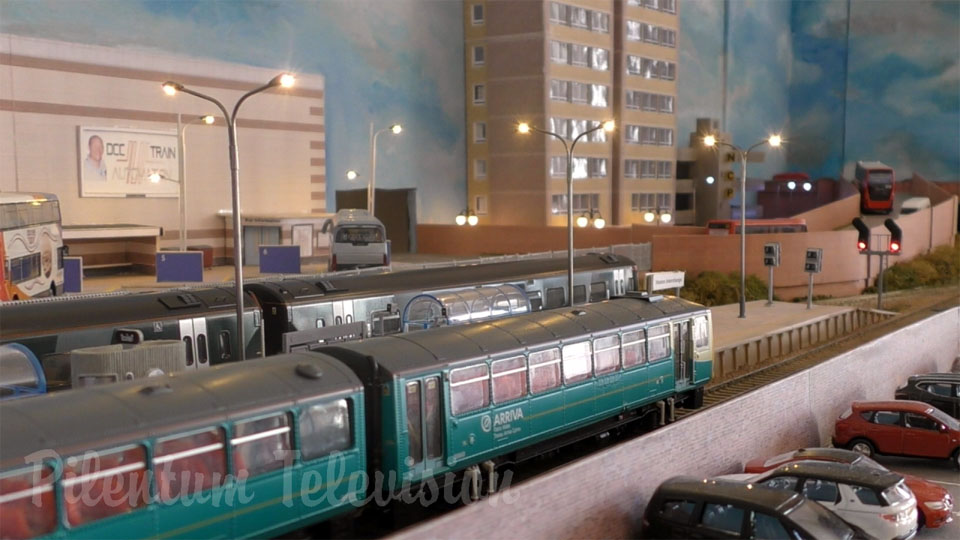 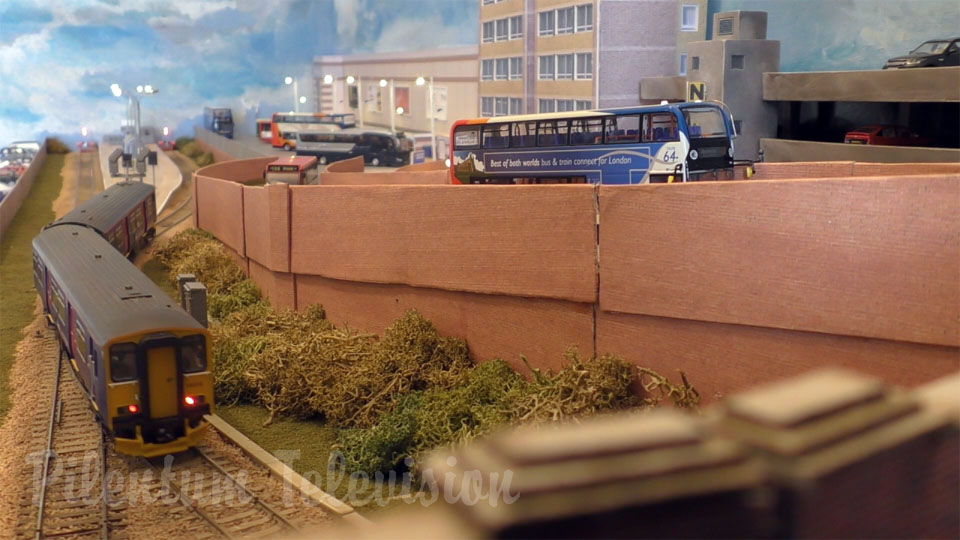 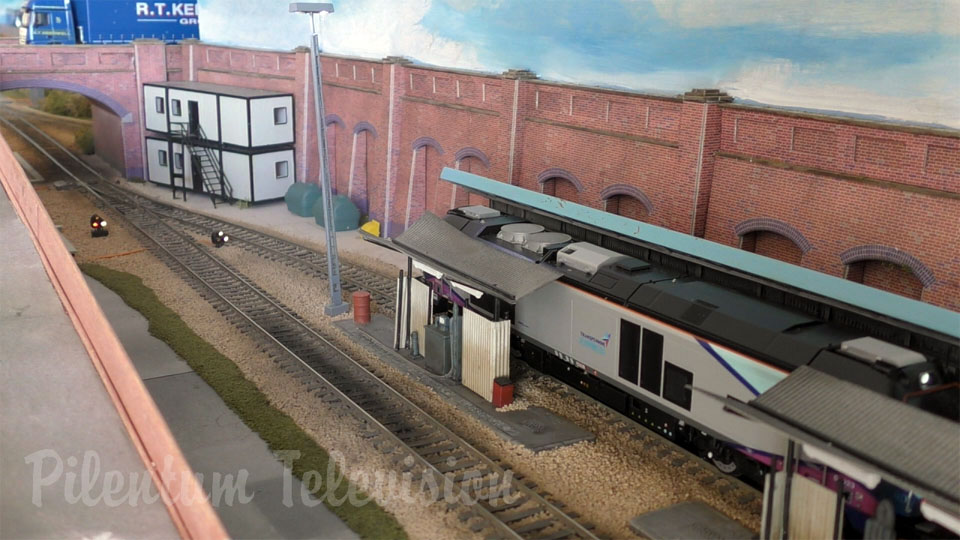 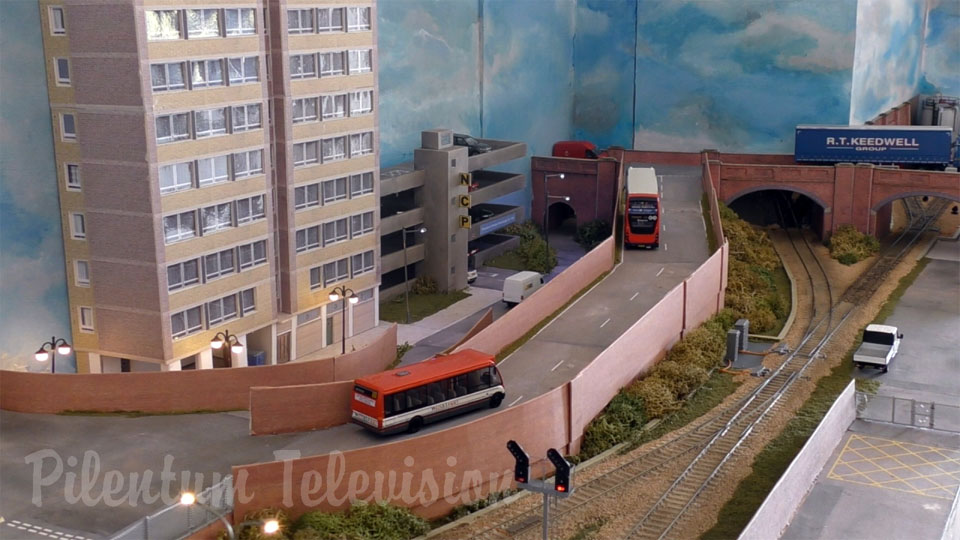 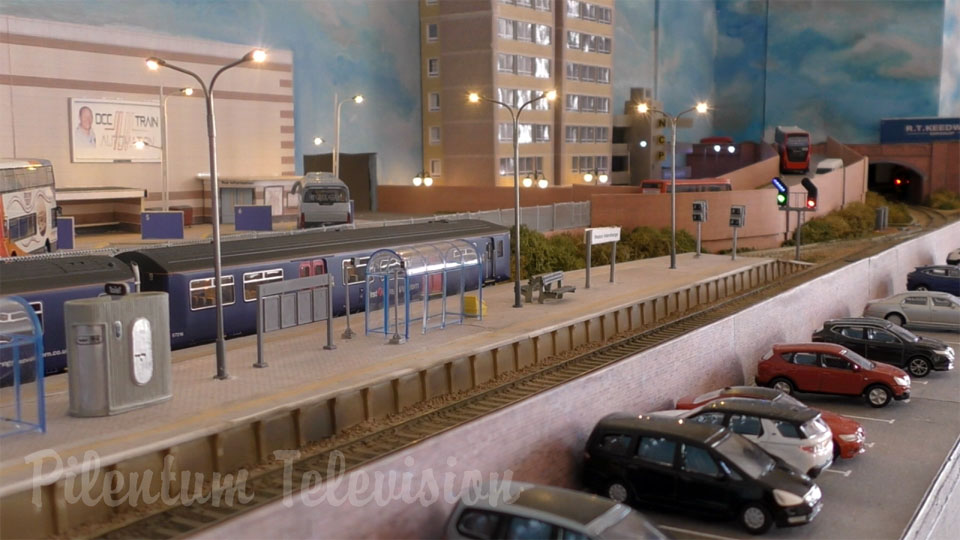 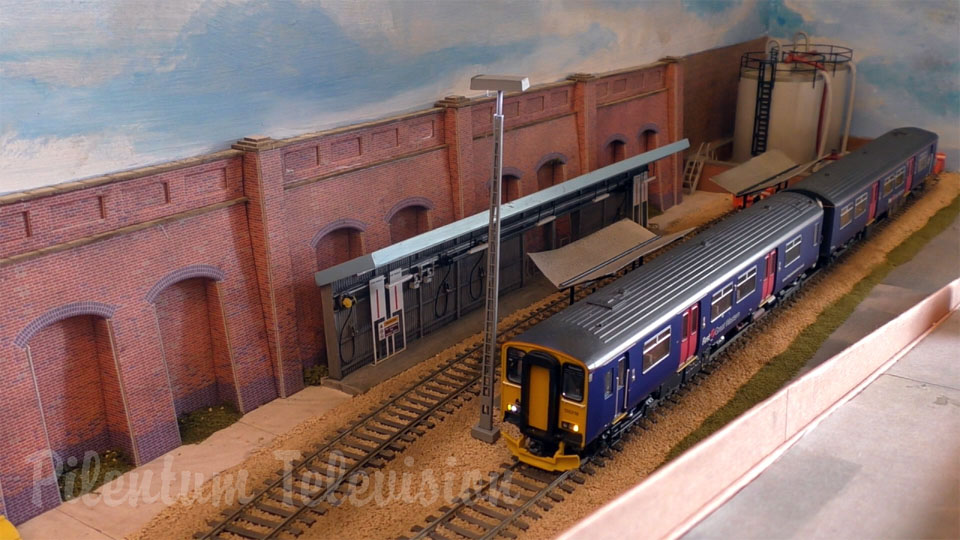 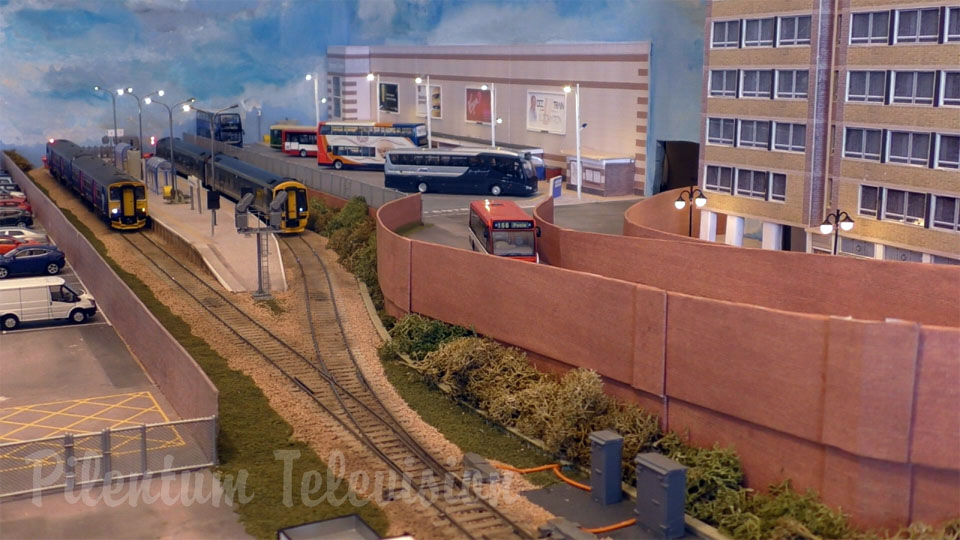 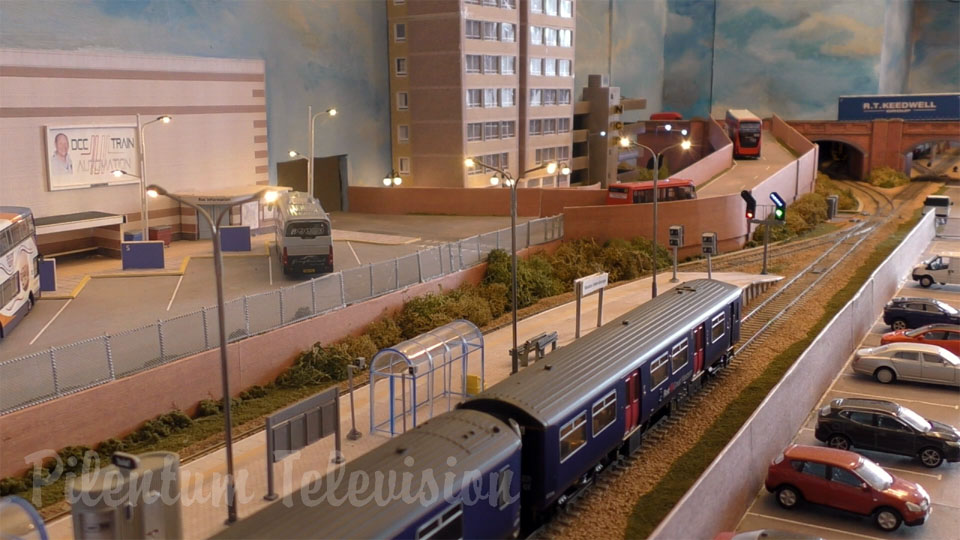 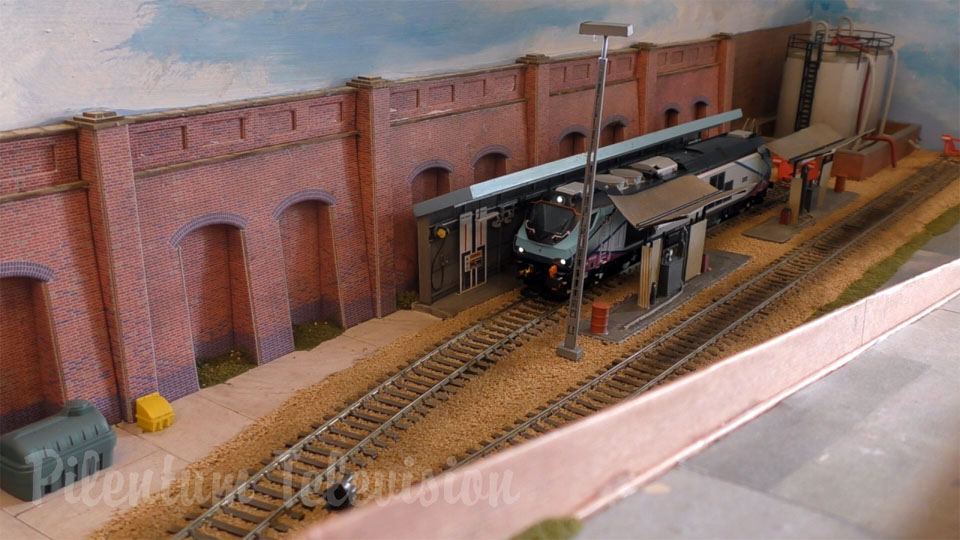 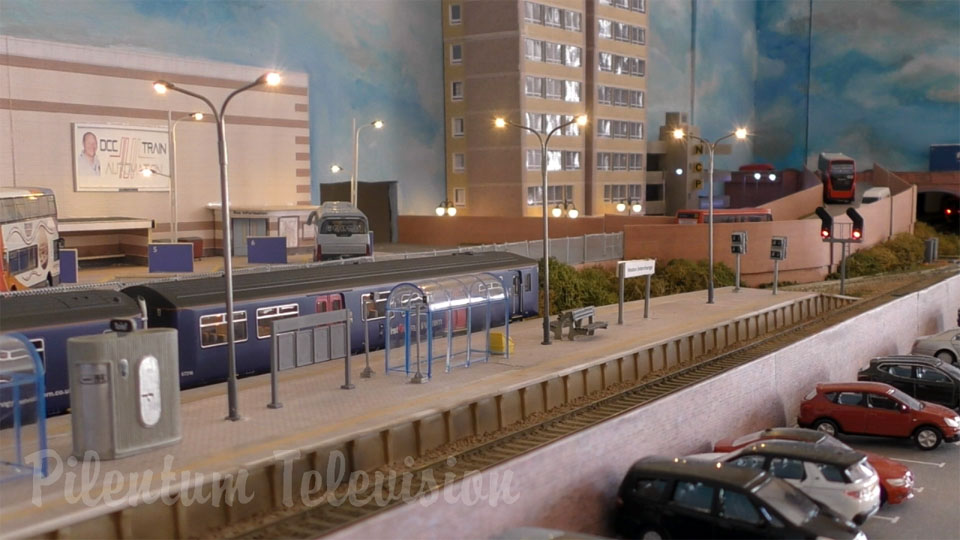 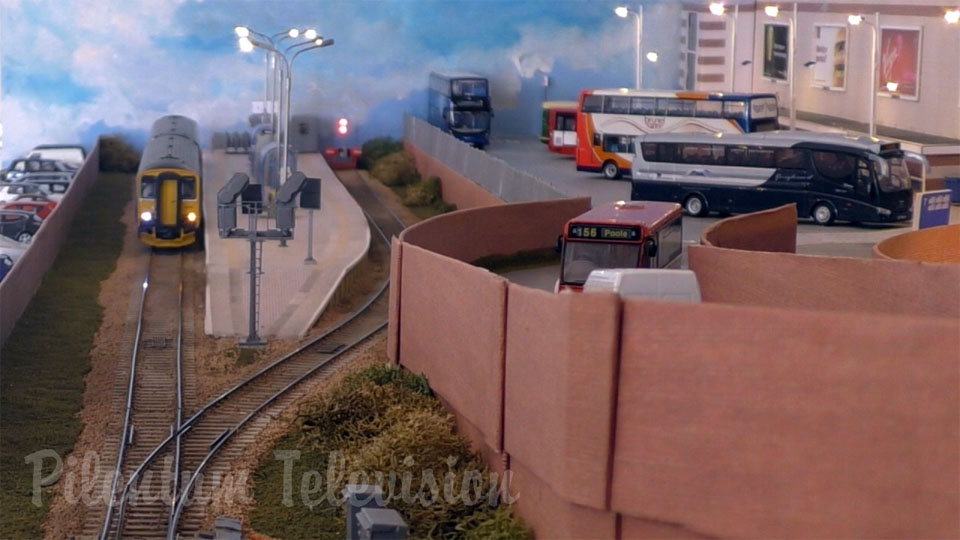