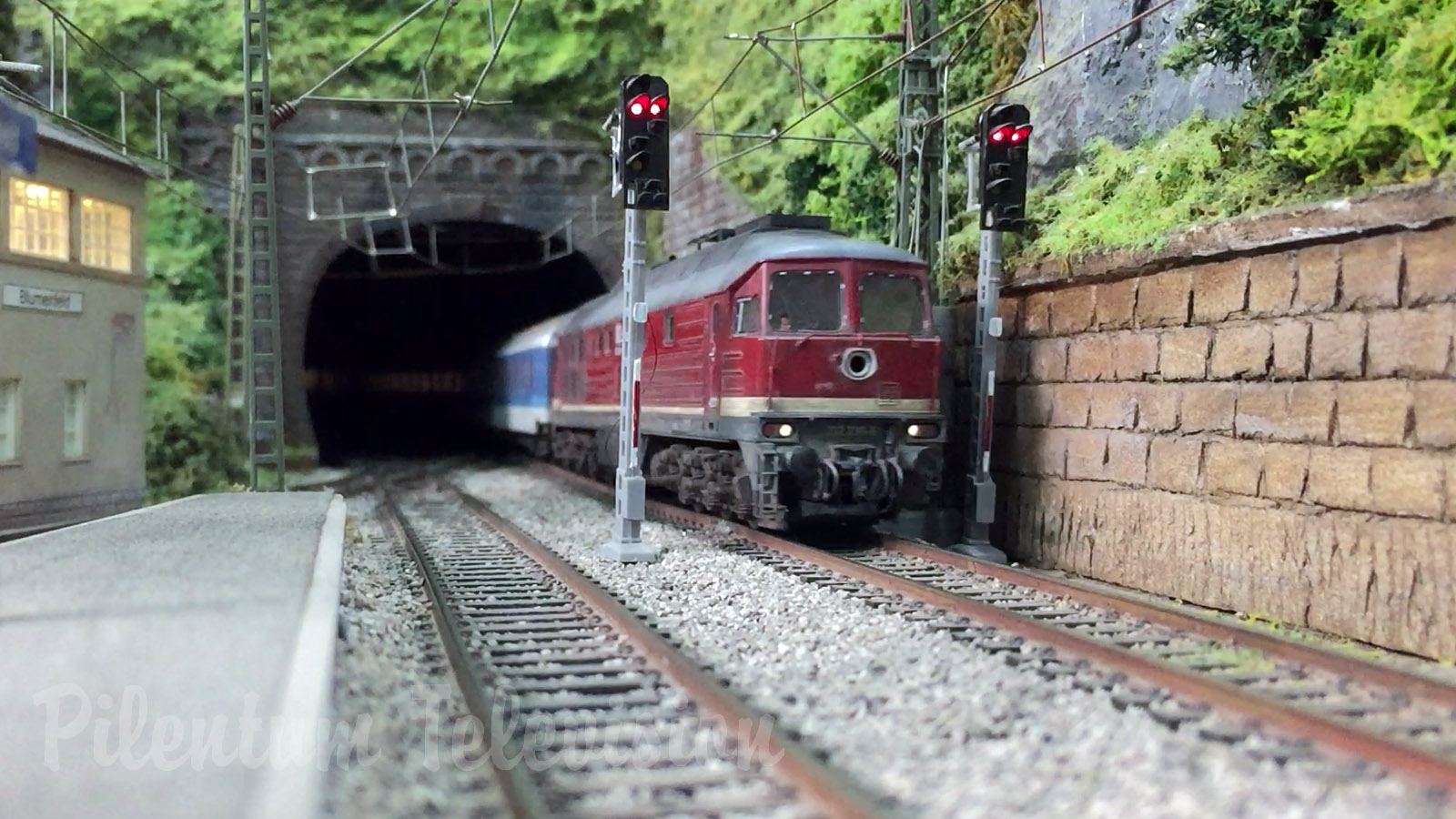 Trains and locomotives of the Deutsche Bahn AG, the national railway company of Germany, can also be found in Chile, namely on the wonderful HO scale model rail layout of Cristóbal Miranda, which has been named “Neupreussen Hbf” (New Prussia Main Station). Cristóbal’s model railway layout measures about 2.60 x 1.95 meters and has been built with tracks from Roco, Peco, Atlas and Piko. Model trains run on two levels, either stopping at the station or being maintained in the nearby locomotive shed in the railway depot.

The model railroad layout conveys an authentic image of railway traffic in Germany not only because of its trains but also because of the realistic modeling of rails, platforms, catenary and signalling systems. The HO scale layout is controlled by the Roco z21 digital control unit, which is connected to DCC decoders made by ESU and Uhlenbrock. In this video, Pilentum Television and Cristóbal have focused less on the overall presentation of the H0 gauge layout but more on rail traffic and on typical shunting operations that are common on the busy railway lines in New Prussia’s miniature world. 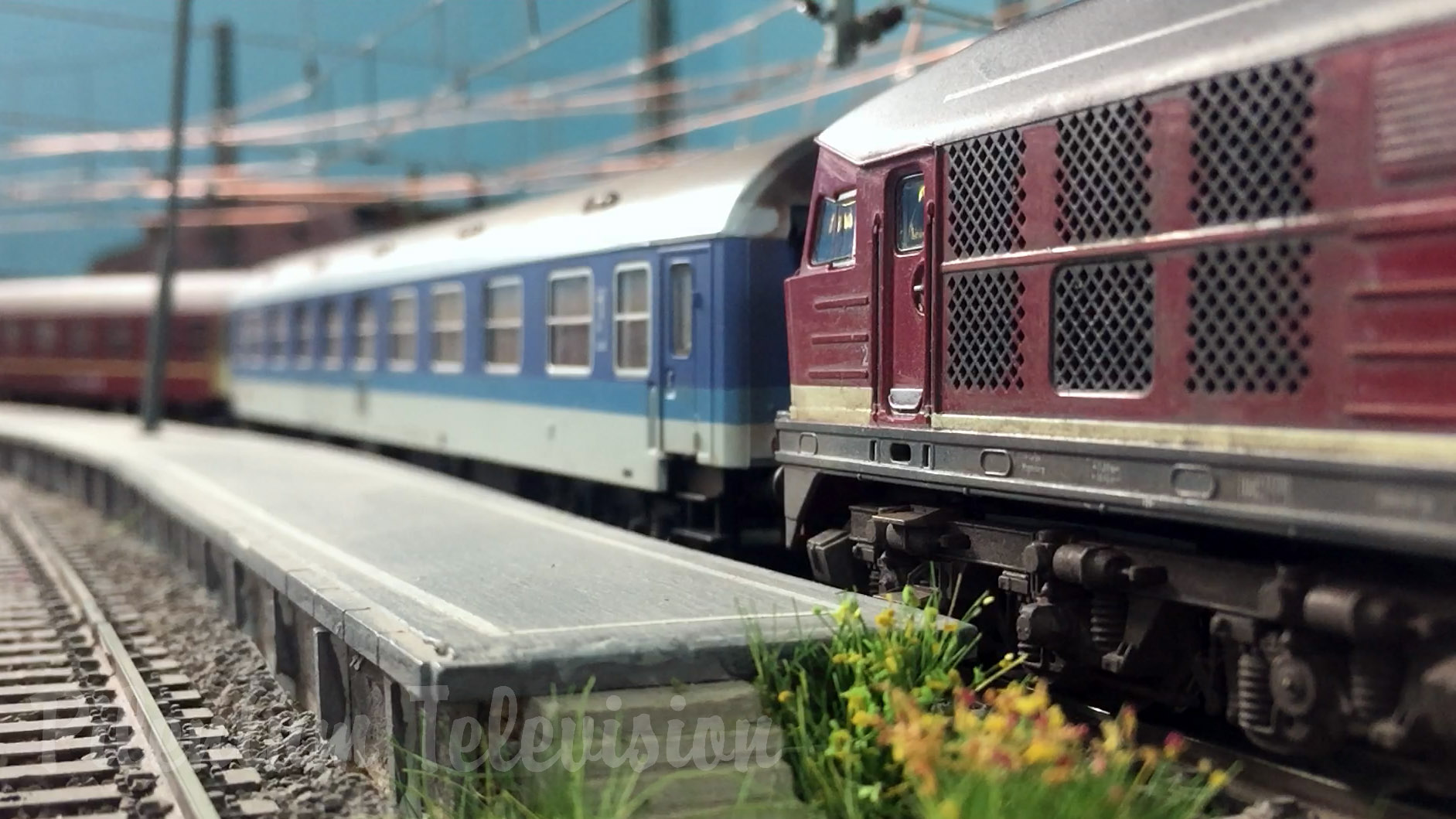 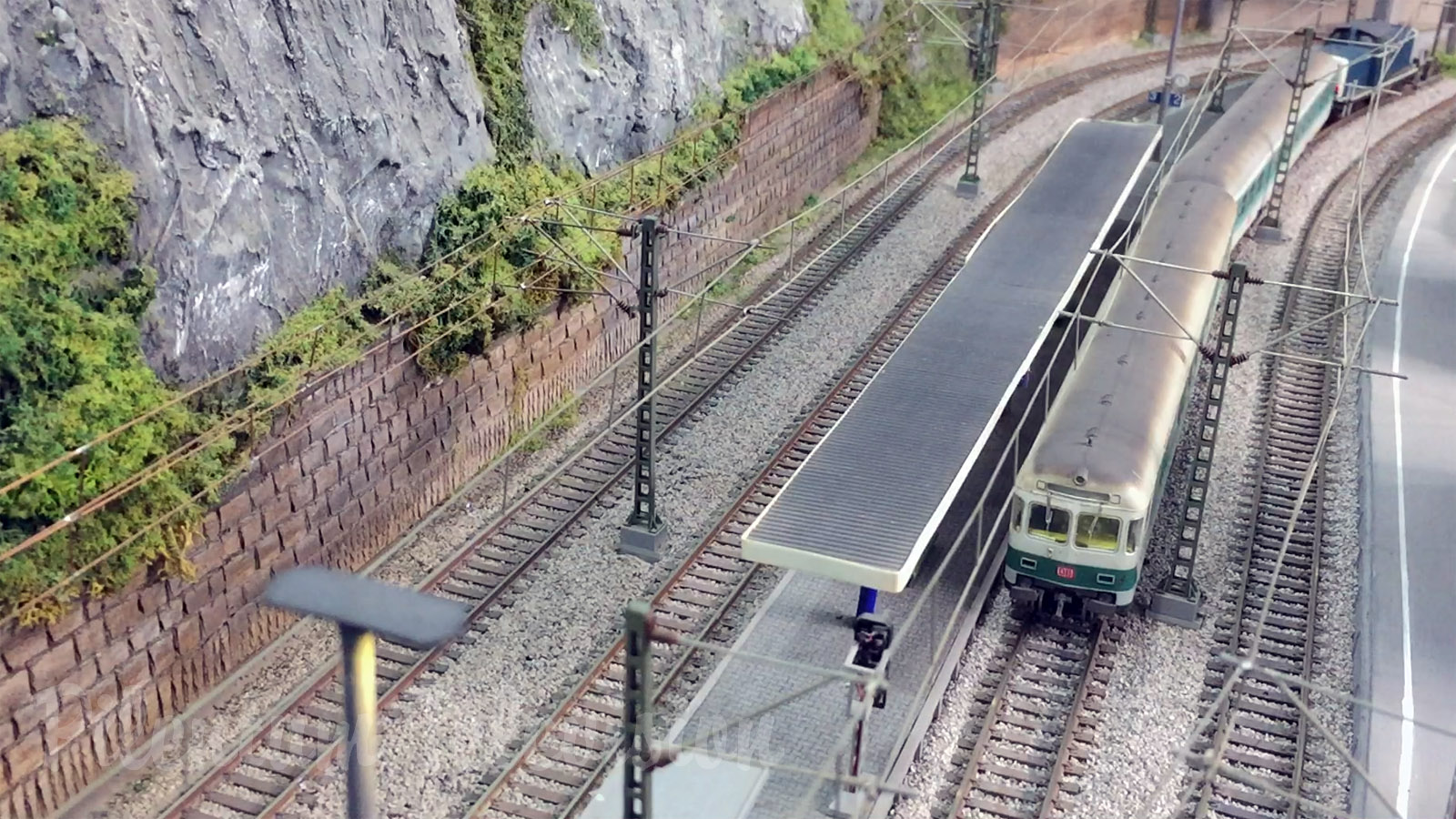 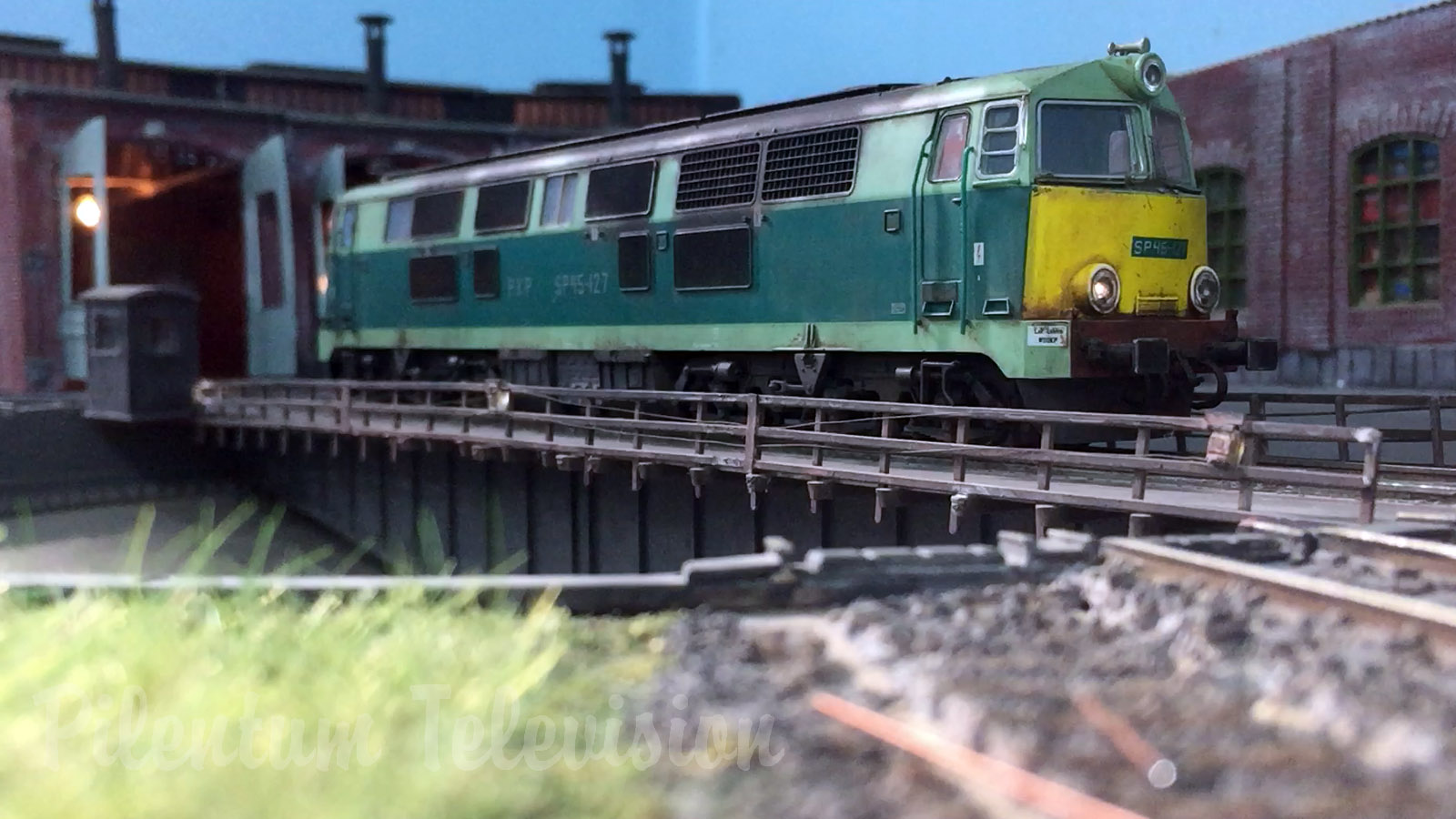 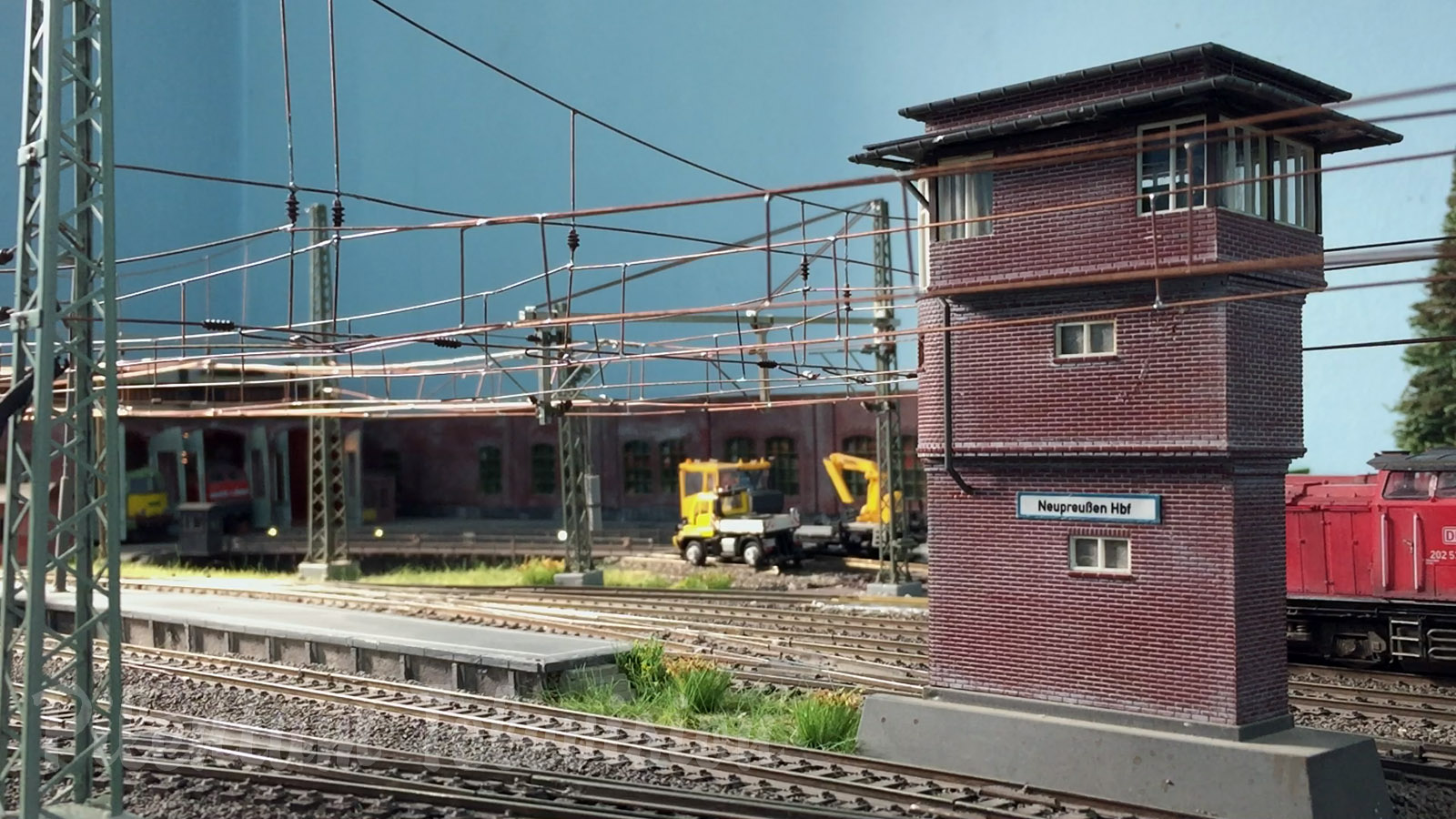 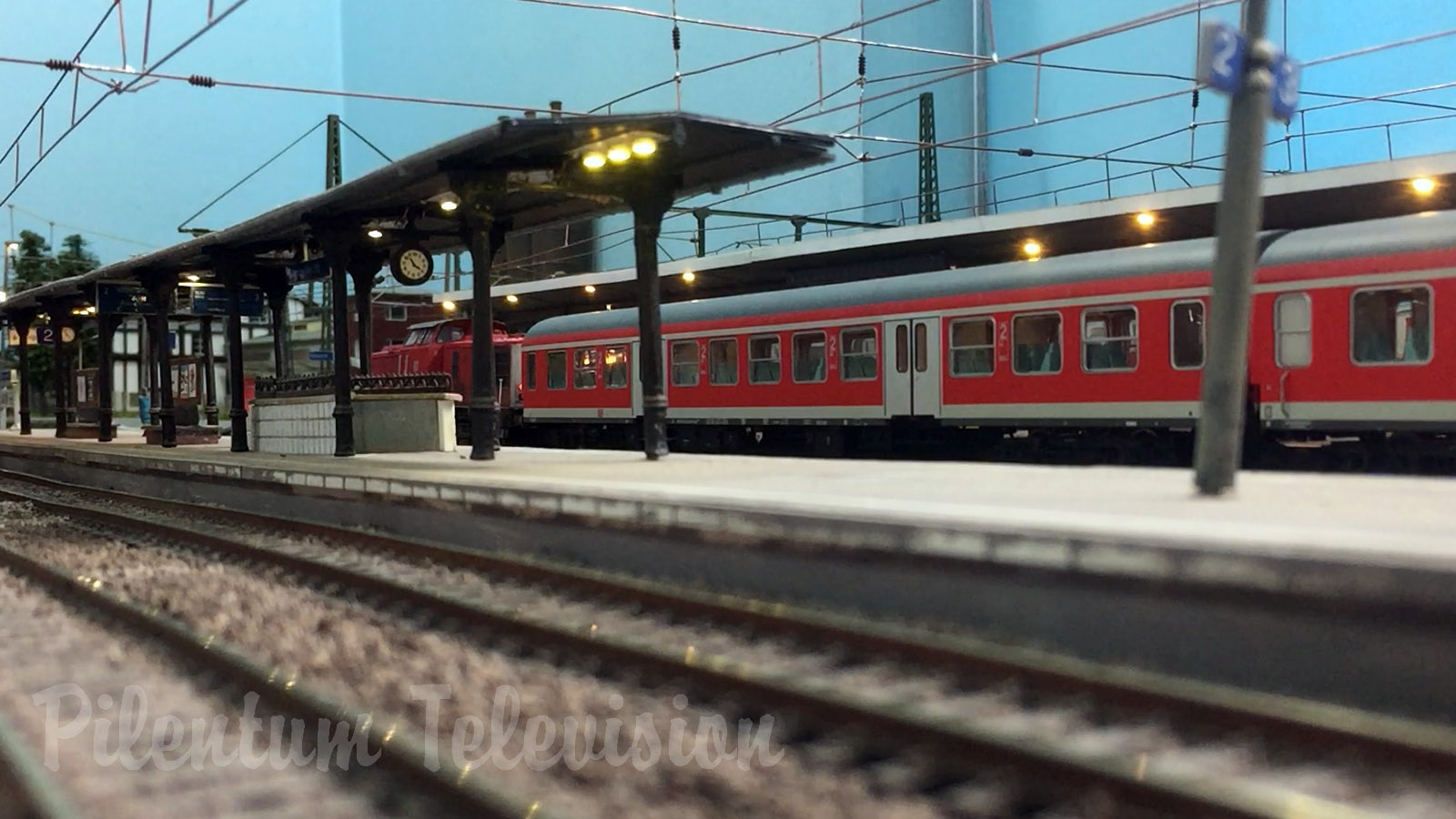 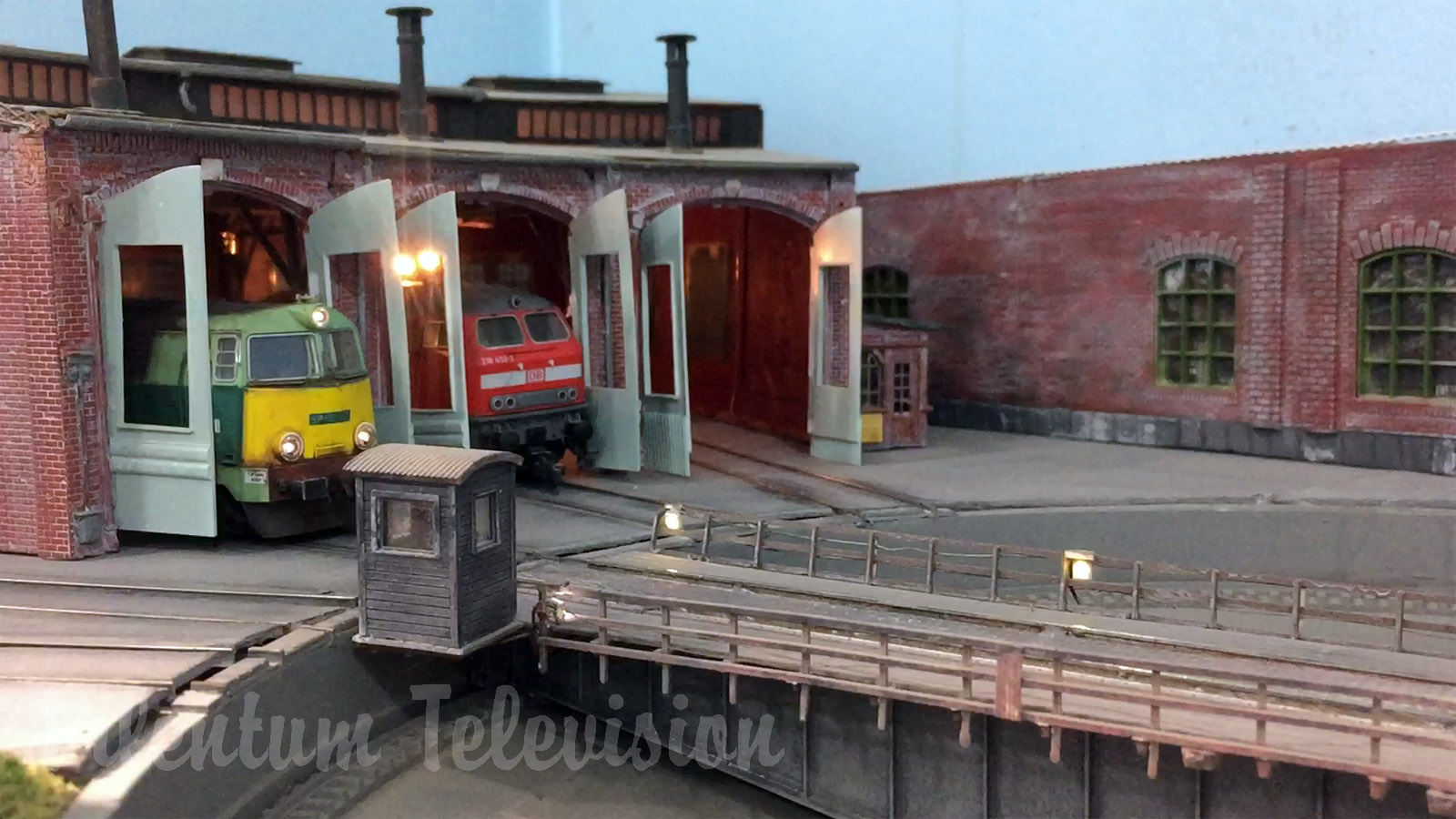 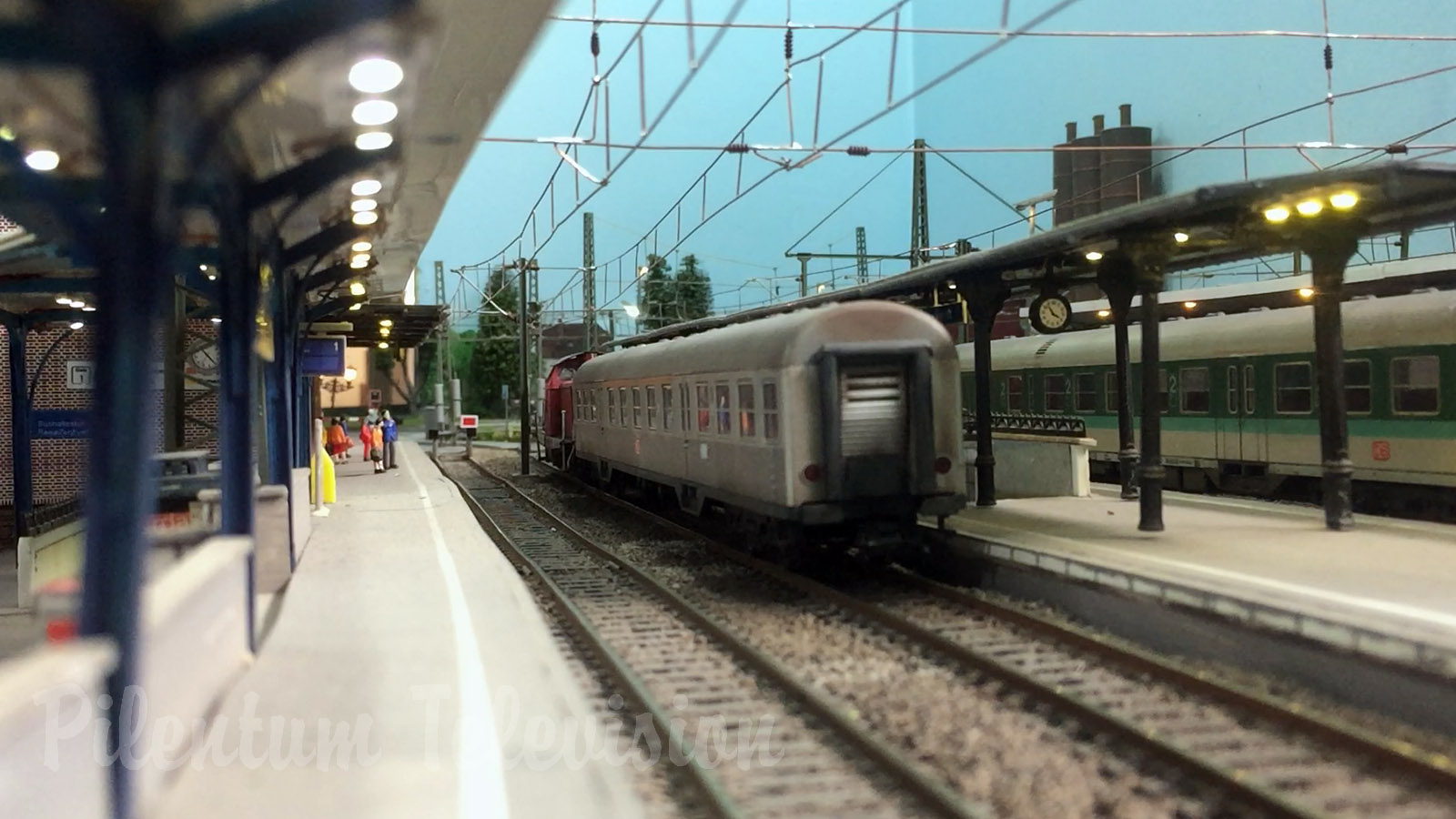 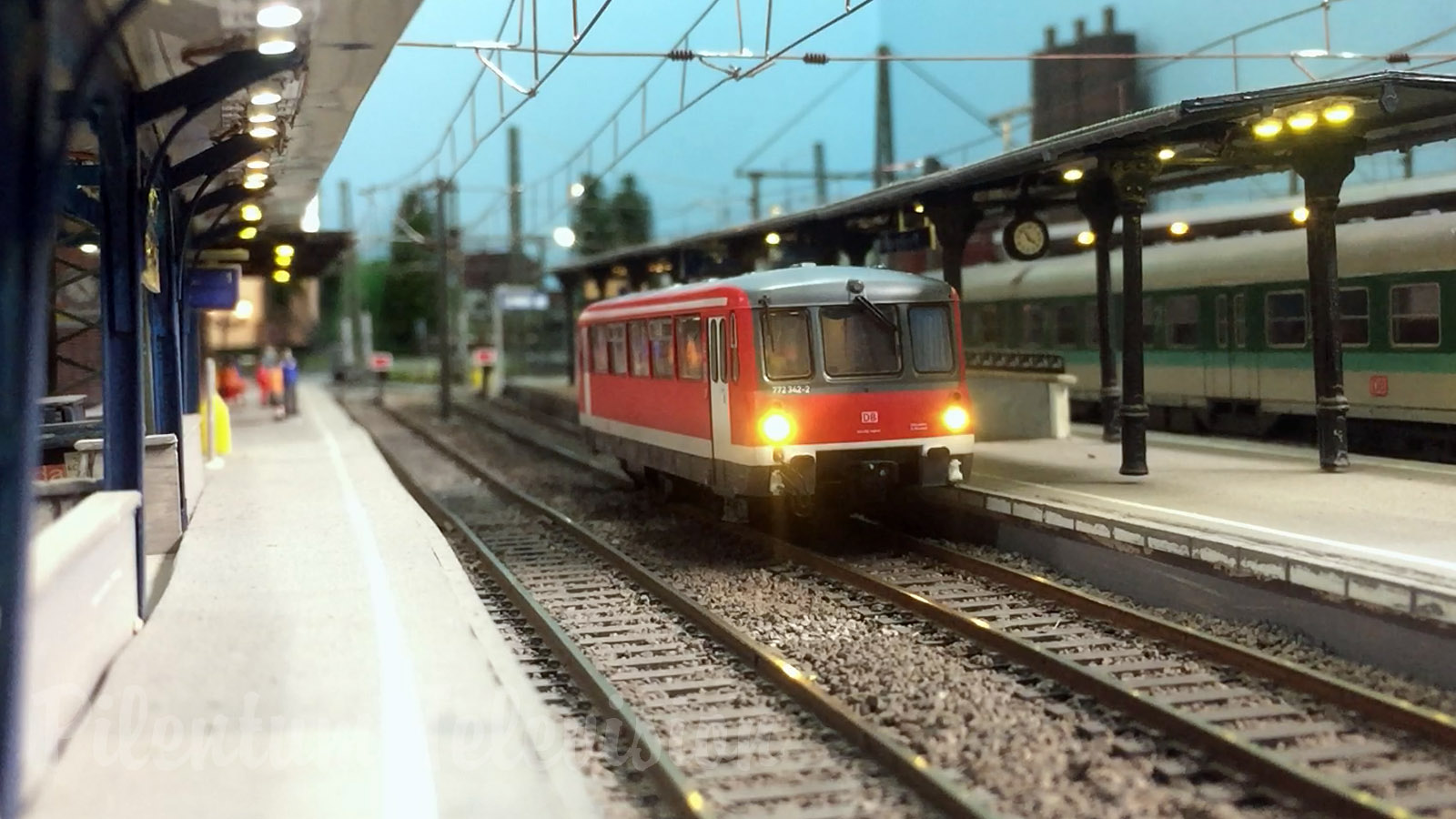