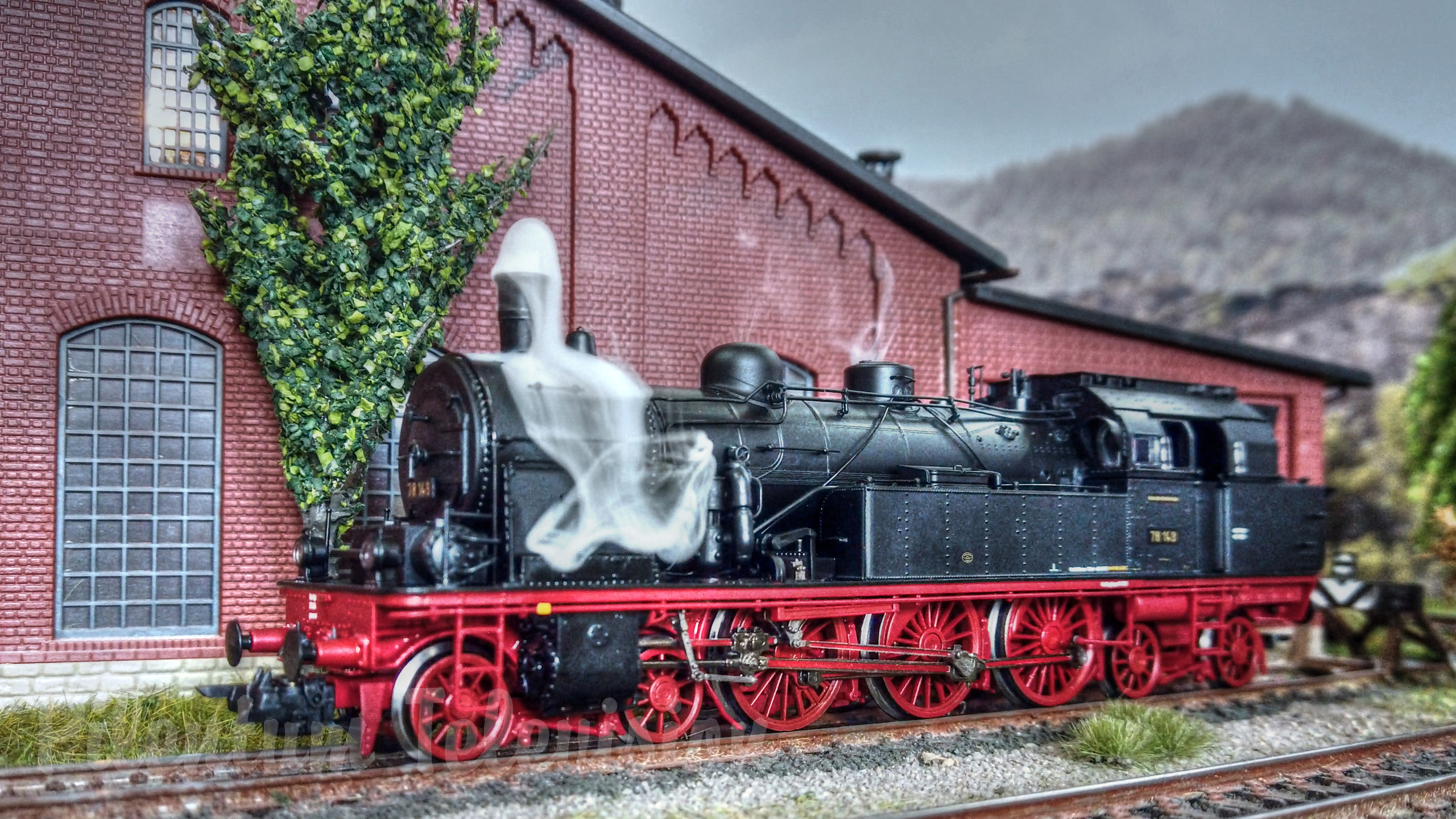 Model railroad operations with steam locomotives and heavy diesel engines always exude a special fascination. That fascination becomes even greater when we hear the steam locomotive sound and when we see the smoke rising from the chimney or smokestack. Near a railway depot on the model railway layout of a German model building club, Pilentum filmed some great scale models.

The steam locomotive we see at the beginning of the video is called “Prussian T 18”. It was the last class of tank locomotives developed for the Prussian state railways to handle express and passenger trains. At the end of the First World War, the Prussian state railways was merged with various German state railways into the Imperial Railways, named “Deutsche Reichsbahn”. The Reichsbahn took over the steam loco from Prussia and incorporated them into DRG Class 78. The scale model of DRG Class 78 is sold by the manufacturer ESU under the product number “ESU 31183”. It is a high quality rail model with double smoke generator and cylinder steam function.

The green diesel locomotive is known as “DB Class V 200”. It was the first diesel-hydraulic locomotive of the “Deutsche Bundesbahn” built by Krauss-Maffei. Initially the V 200 hauled express trains on all main lines. After the electrification of many railway lines the V 200 was used increasingly for commuter trains and freight trains. The scale model of the diesel locomotive has a livery of the company Reuschling and is sold by the manufacturer ESU under the product number “ESU 31082”. The rail model has double speakers that reproduce digitised original sounds of the Maybach diesel engines. In addition, there are two smoke generators that operate synchronously with the driving speed. 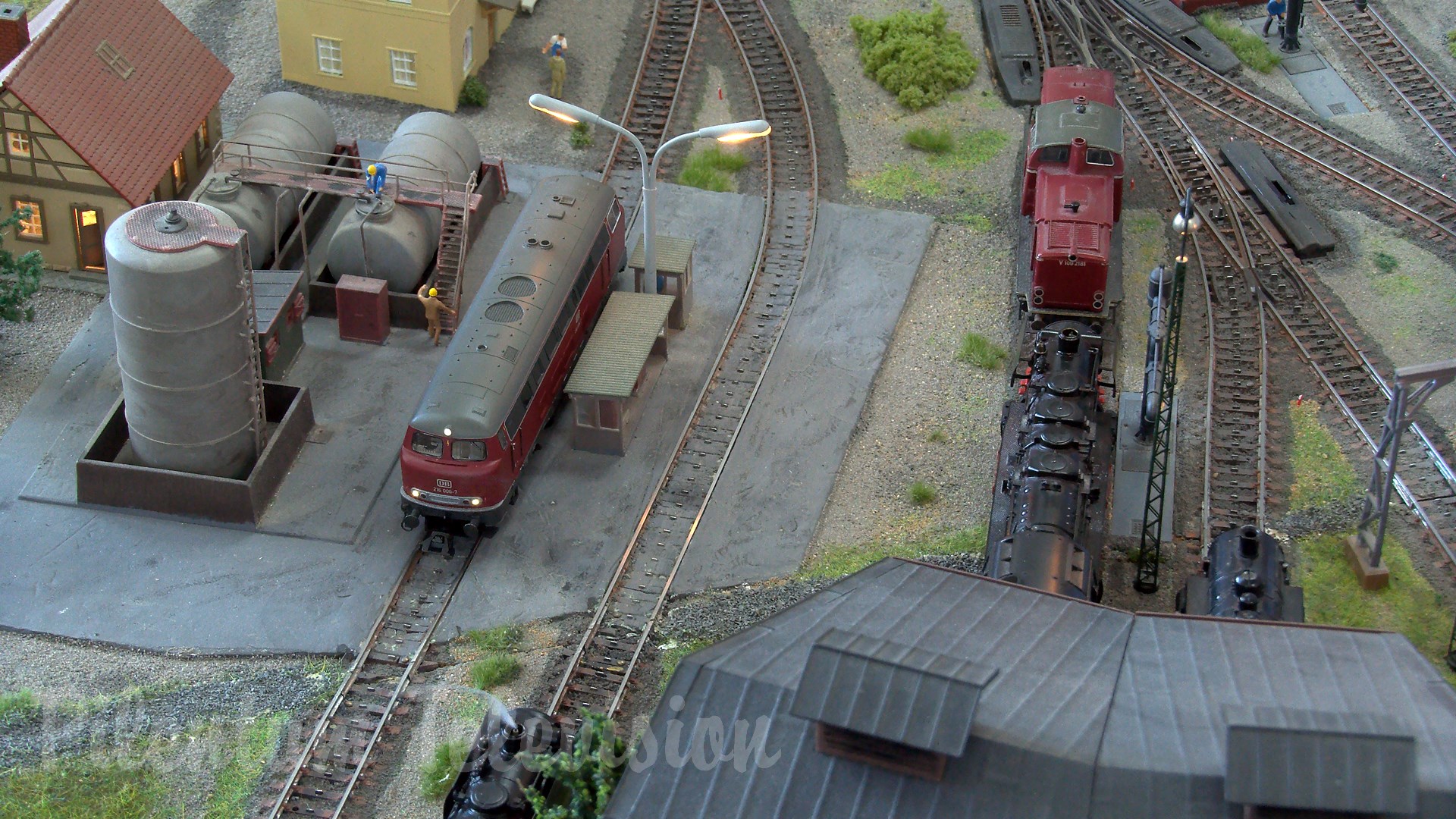 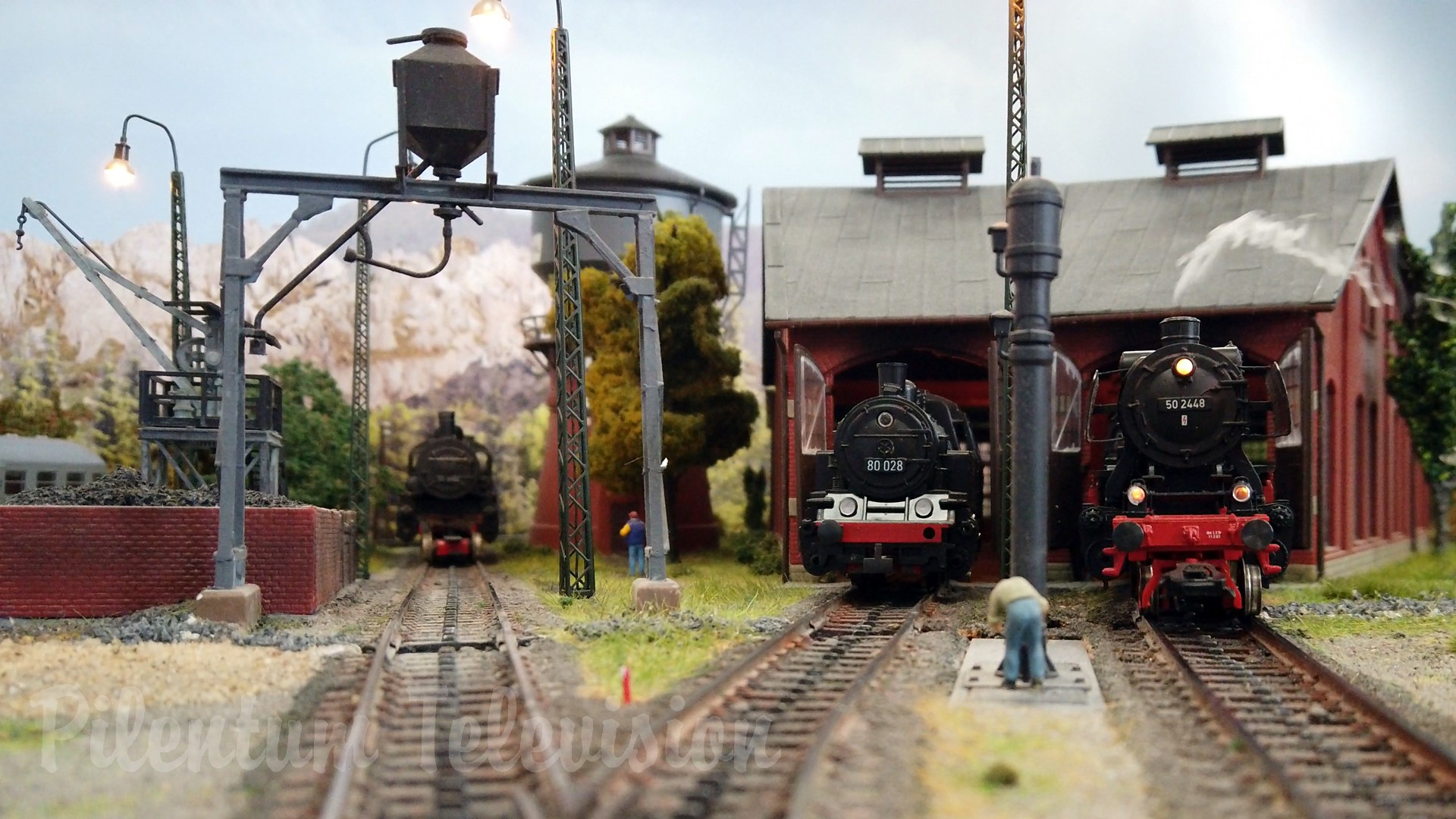 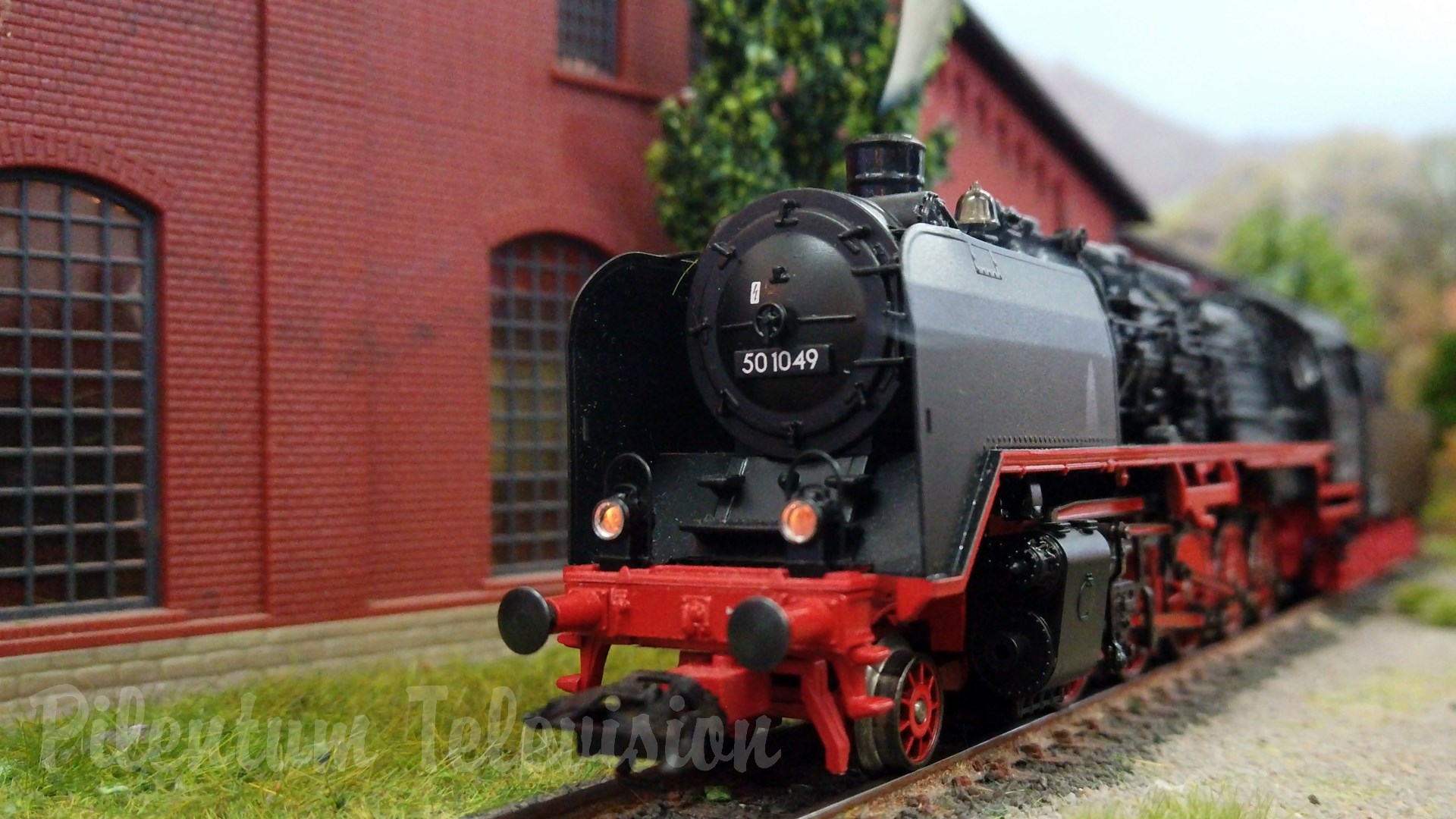 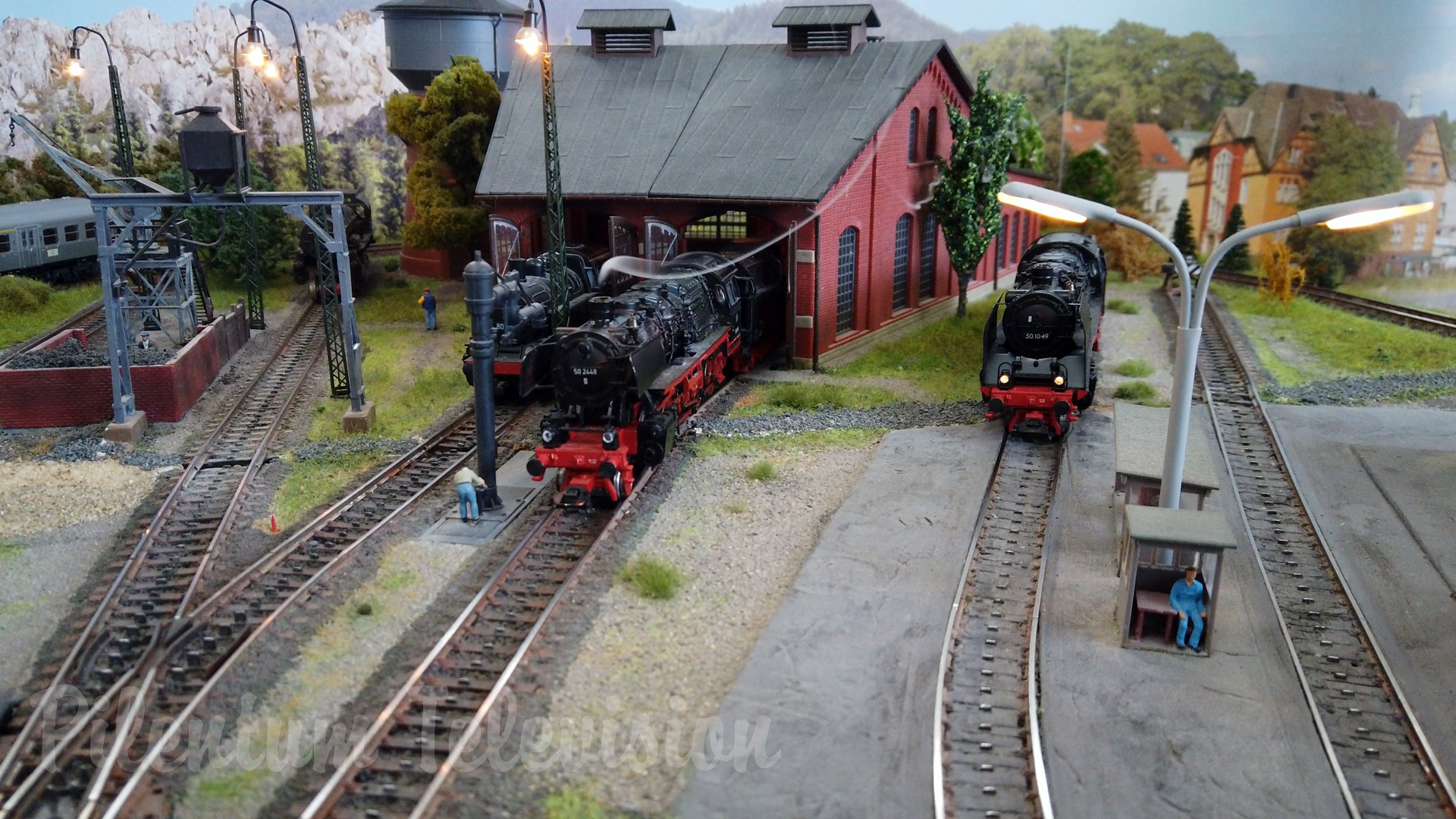 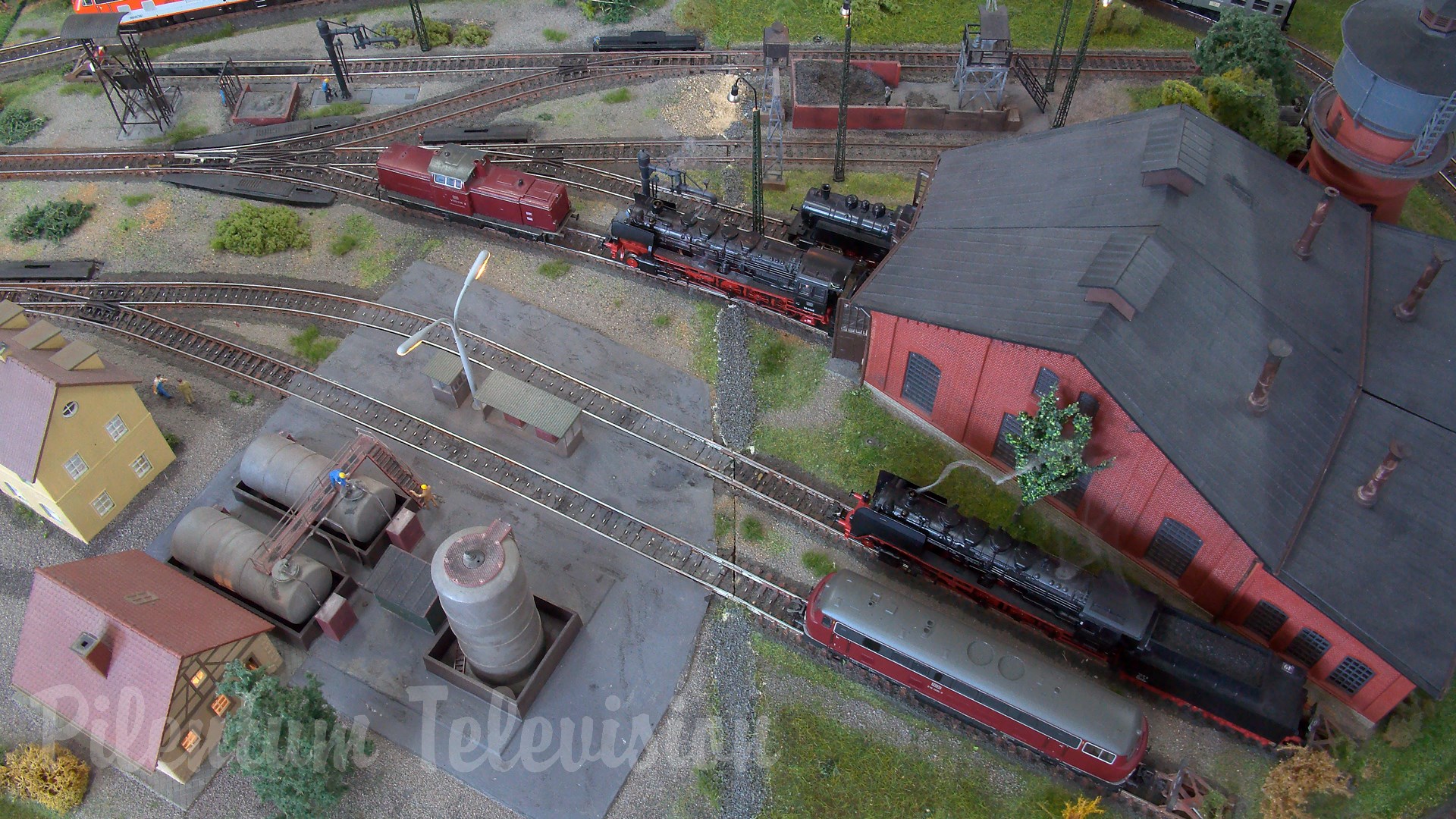 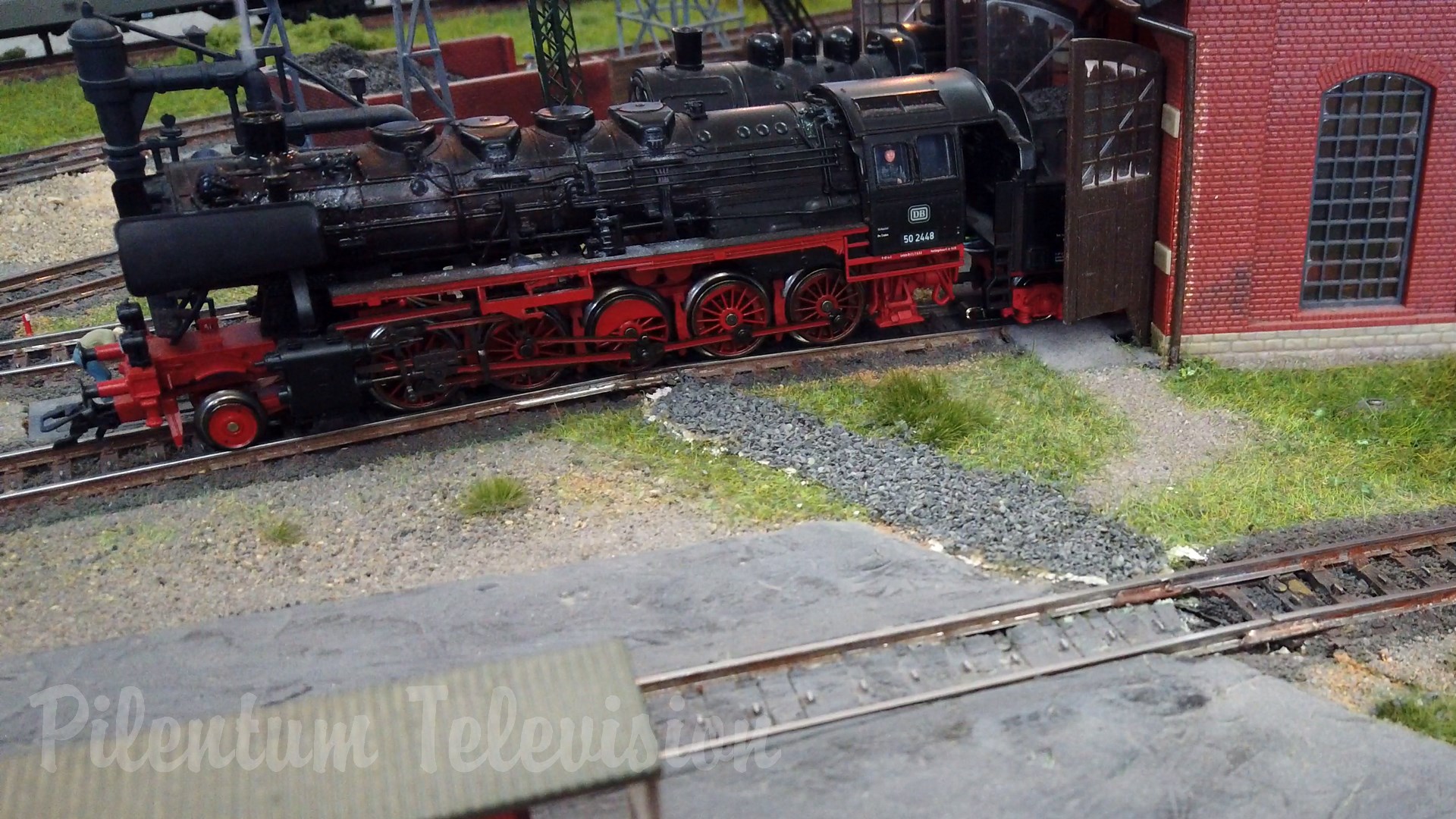 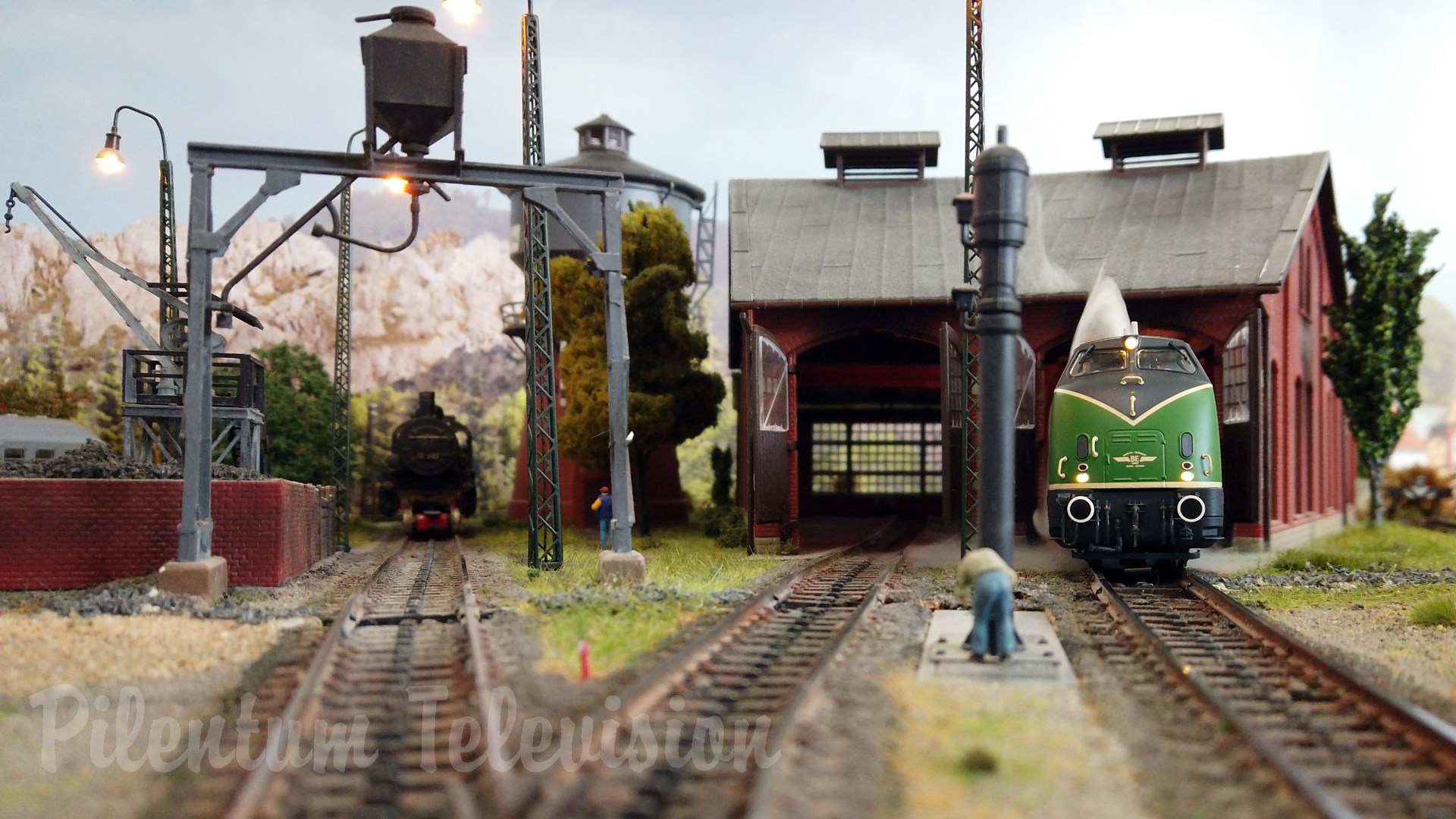