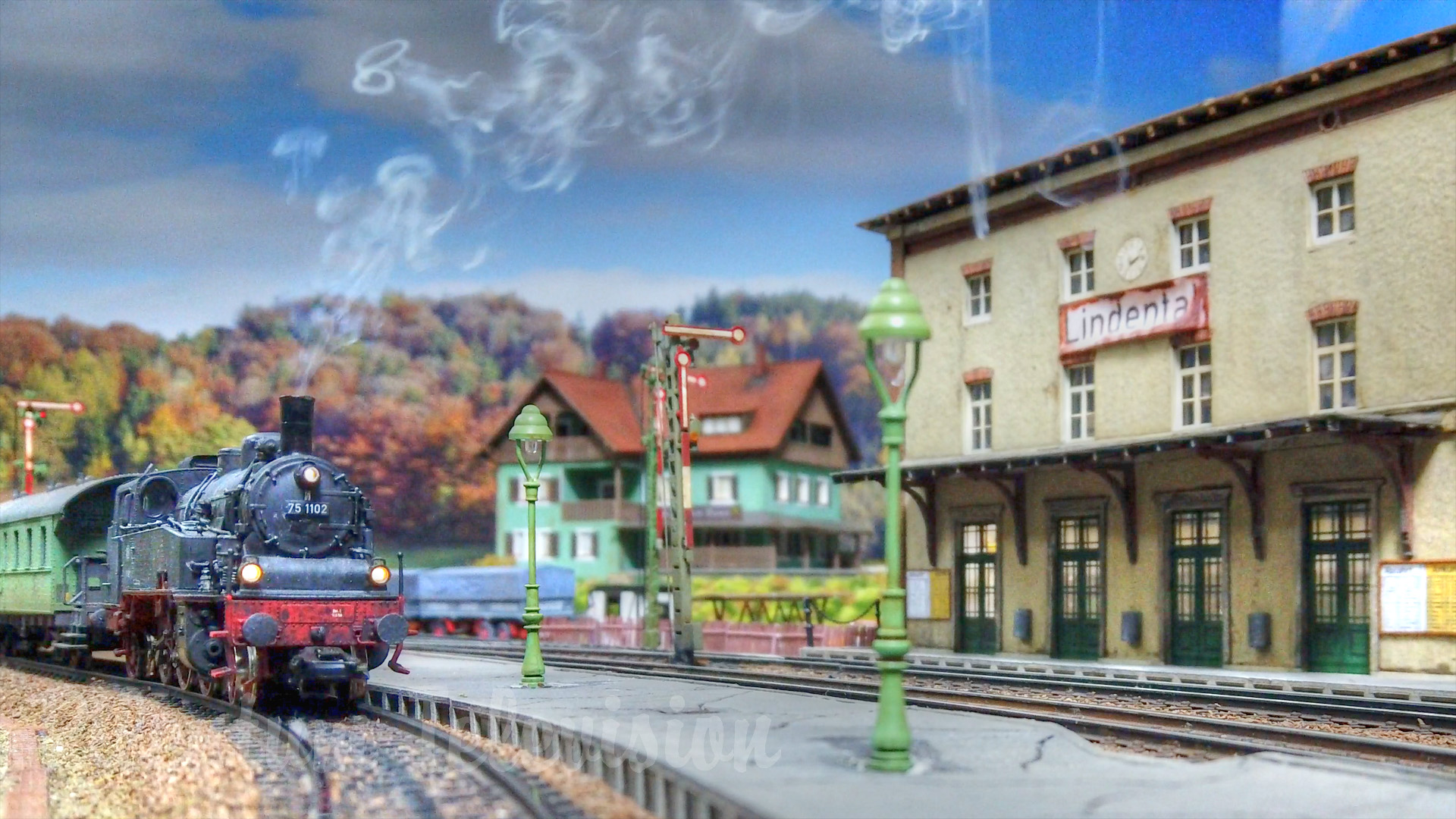 Steam locomotives, diesel locomotives, and electric locomotives have plenty of room on this beautiful Marklin model railroad layout to simulate the typical operations of the German Federal Railroad. This miniature world, which has now been presented in many German model railroader magazines, was built by the model railroading workshop called “Stellwerk-Ost” on behalf of a customer. The fact that the model railroad was constructed on an area of about 380 cm x 270 cm with those ugly Marklin tracks has to do with the customer, who owns a large collection of Marklin trains and locomotives.

The centerpiece of the HO scale model railroad layout is a double-track main line with a branch line leading to Lindental Station. From this station, the branch line leads over the rusty bridge into an invisible fiddle yard or staging yard. In addition to diesel railcars and rail buses, various shunting trains also run on the branch line to transport goods from the loading station to the goods handling area at Lindental Station. The operating sequence is specified via the digital model train control system. Trains on the main line are fed via two additional fiddle yards below the landscape. Coming from the first fiddle yard via the first large track spiral (helix) on the right leg of the layout, all passenger and freight trains circle on the right track to the second large track spiral (helix) on the left leg of the layout. At the same moment, passenger and freight trains are also running in the opposite direction on the left track, fed by the second fiddle yard.

In addition, there is even a third fiddle yard, which is integrated via the control system in such a way that shunting trains cross the main line and then arrive at Lindental Station via another helix and from there cross the old bridge - behind the old villa in the forest - to the loading ramp at the tractor workshop. The track plan is ingenious and logically thought out, because trains run on all railroad lines at all times.

The fact that electric locomotives run with active pantographs as a matter of course doesn't need much mention. This should be a matter of course for professional model railroad layouts. Equally professional are the incredibly detailed buildings, for example weathered walls, bridges, tunnels, houses, platforms, farms and much more. The special background wallpaper from the company JOWI completely rounds off the overall picture of this perfect railroad world. 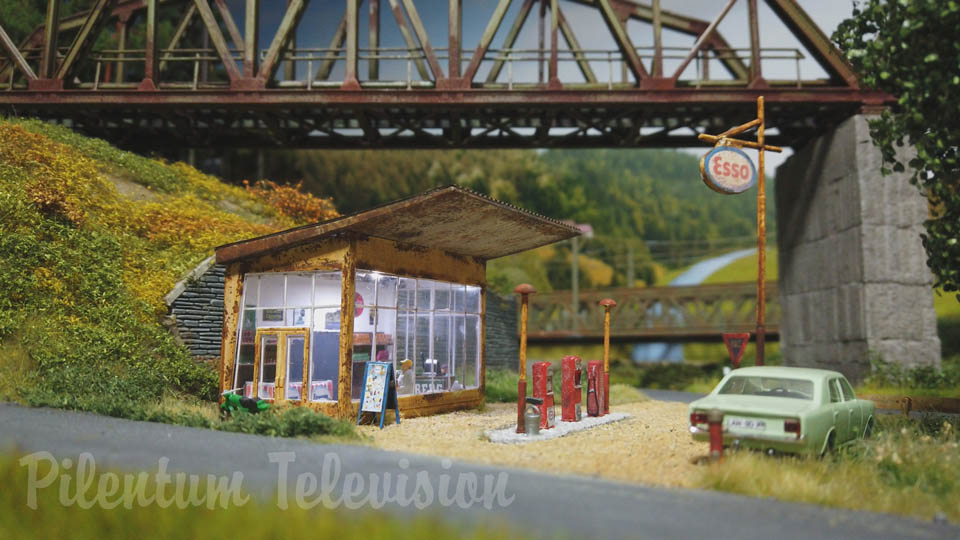 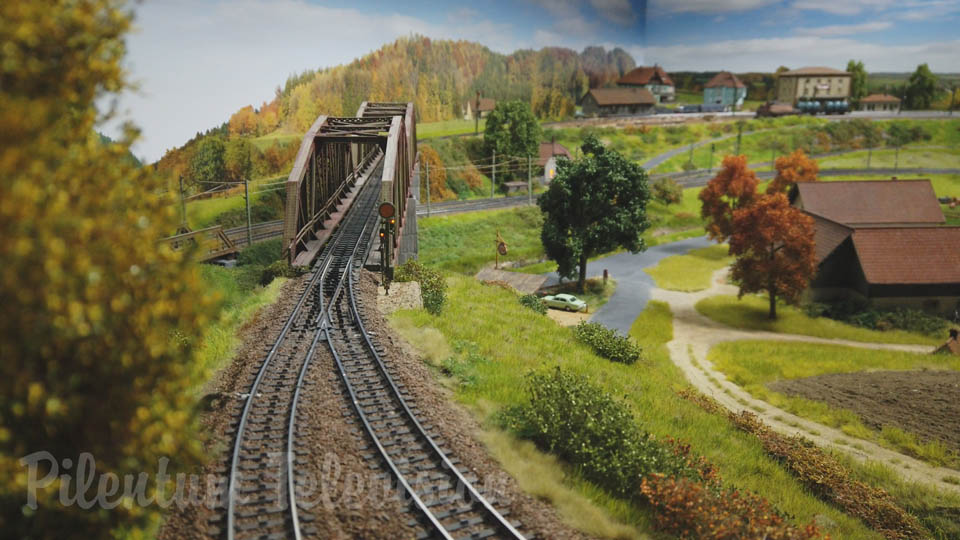 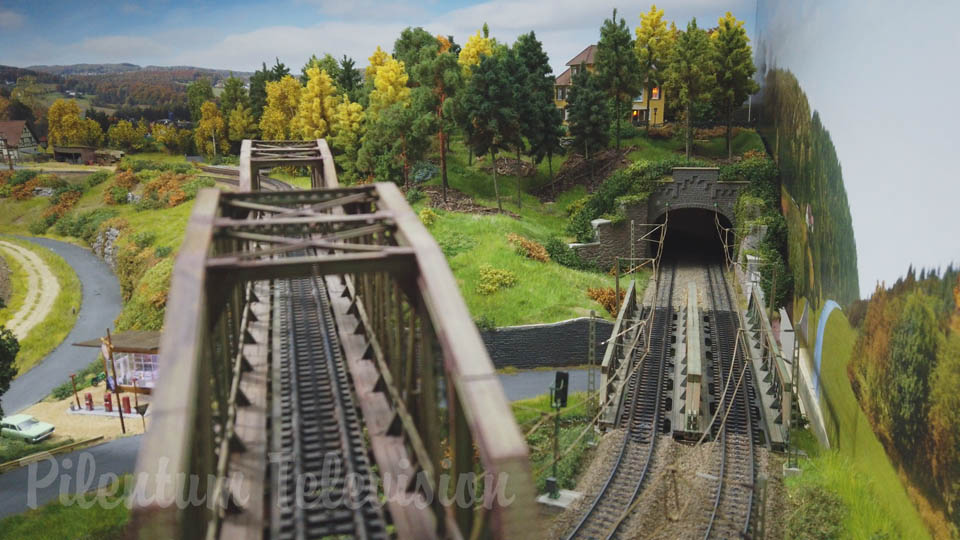 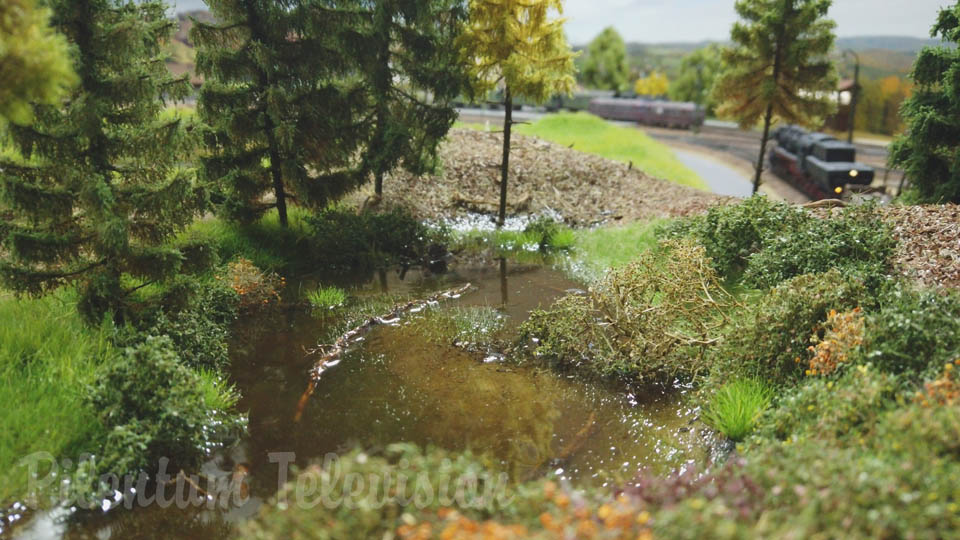 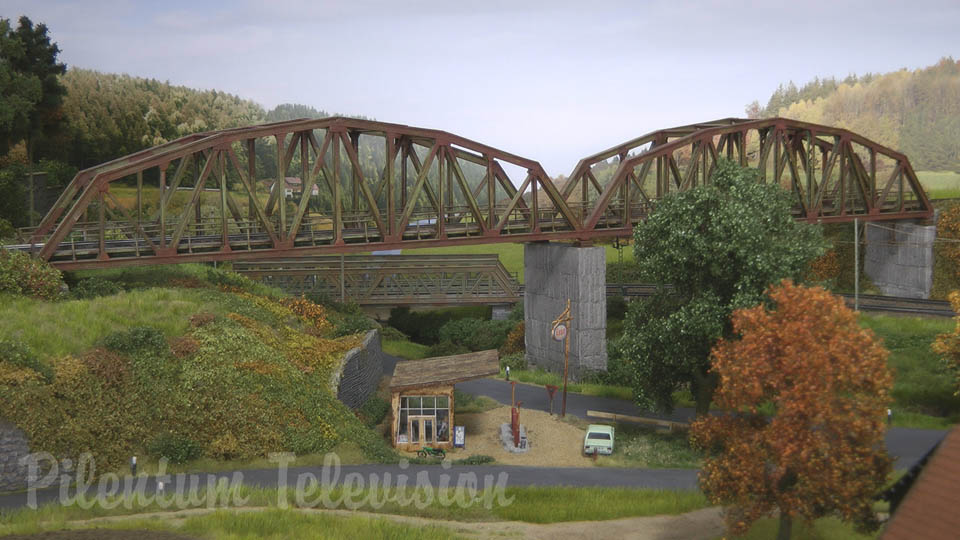 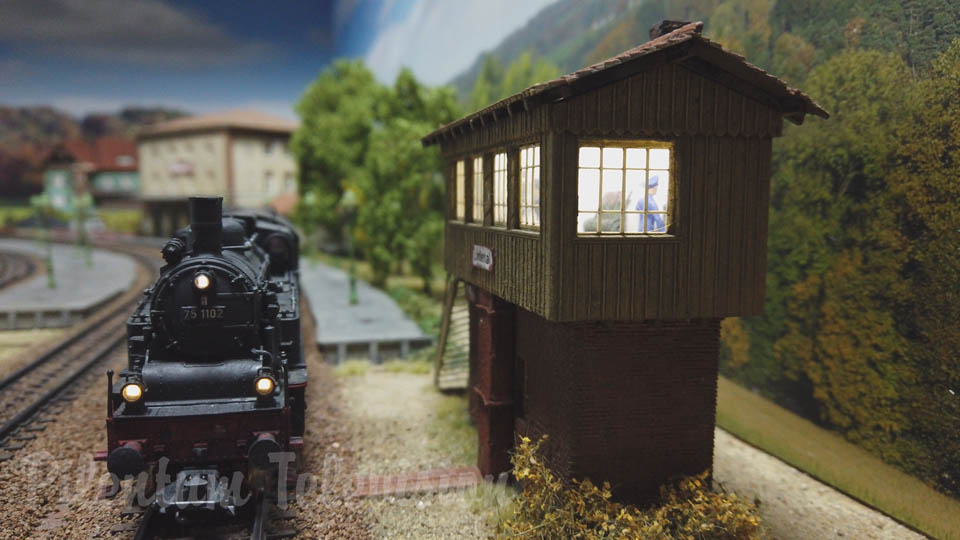 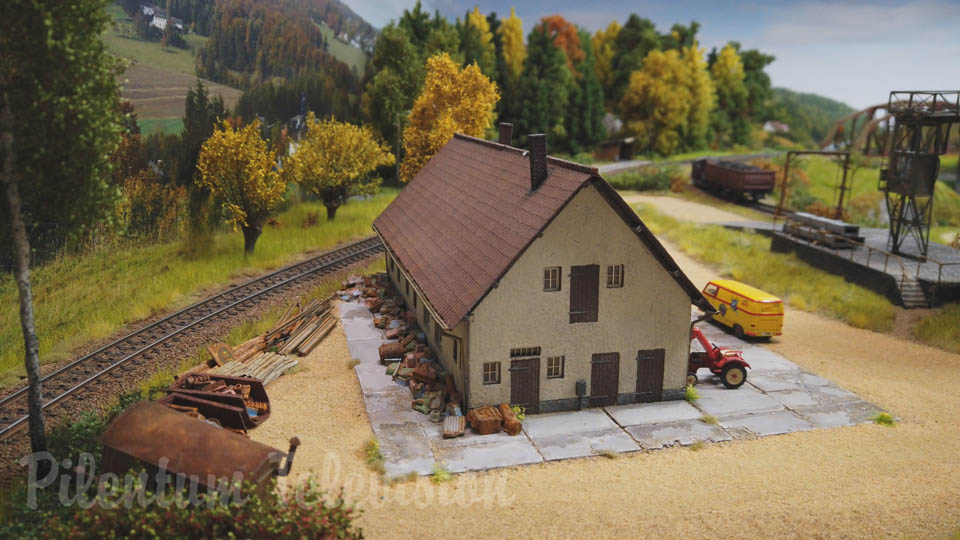 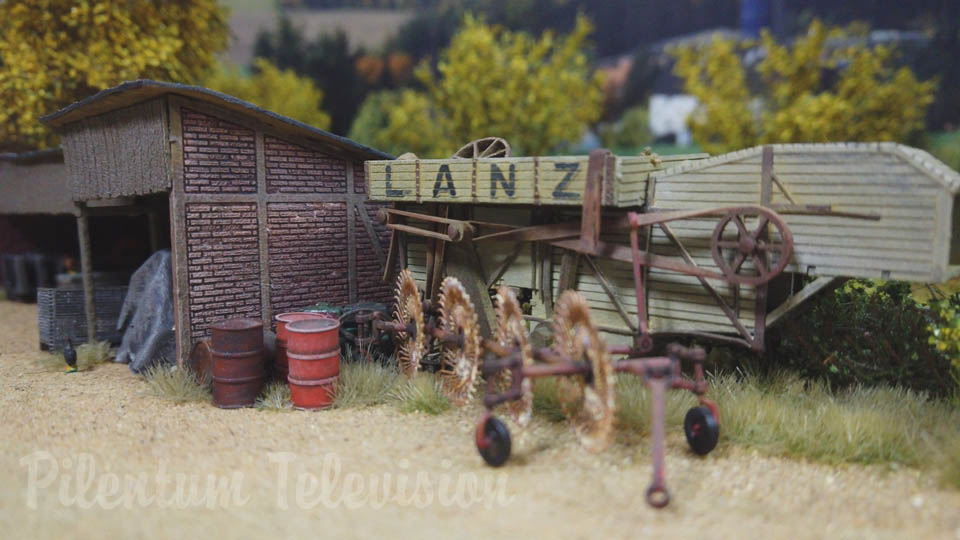 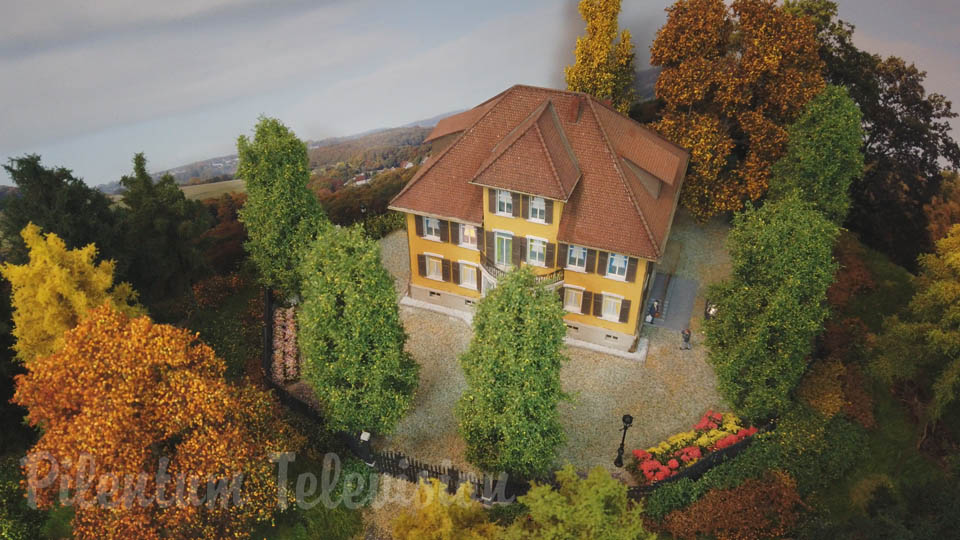 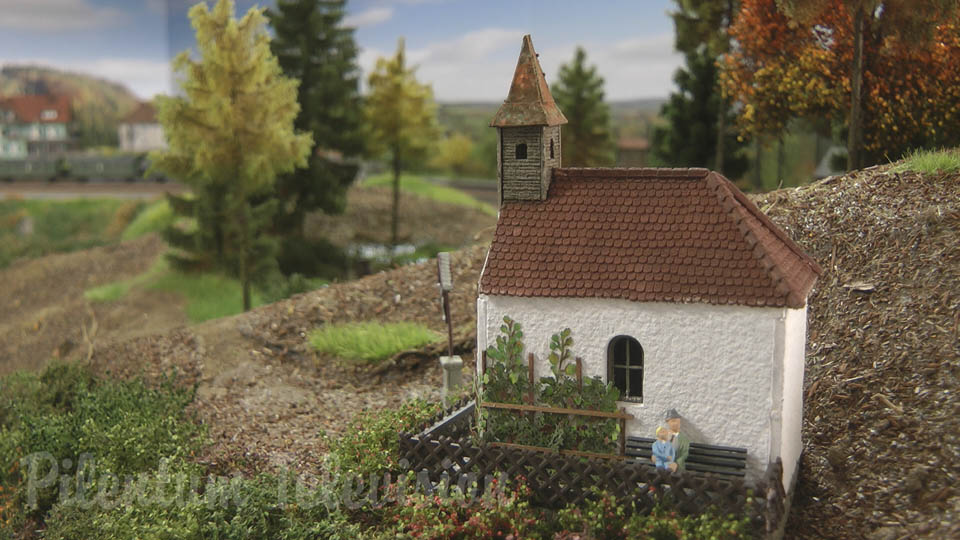 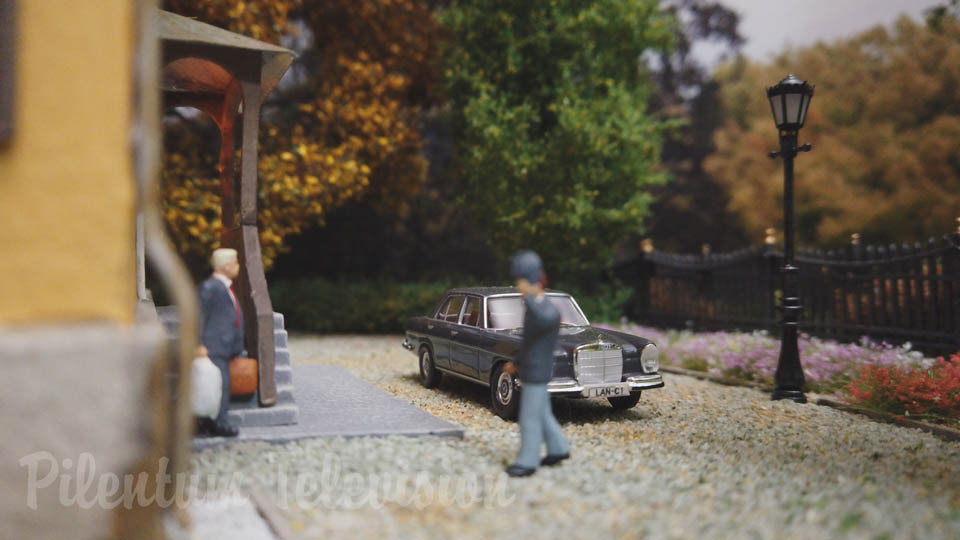 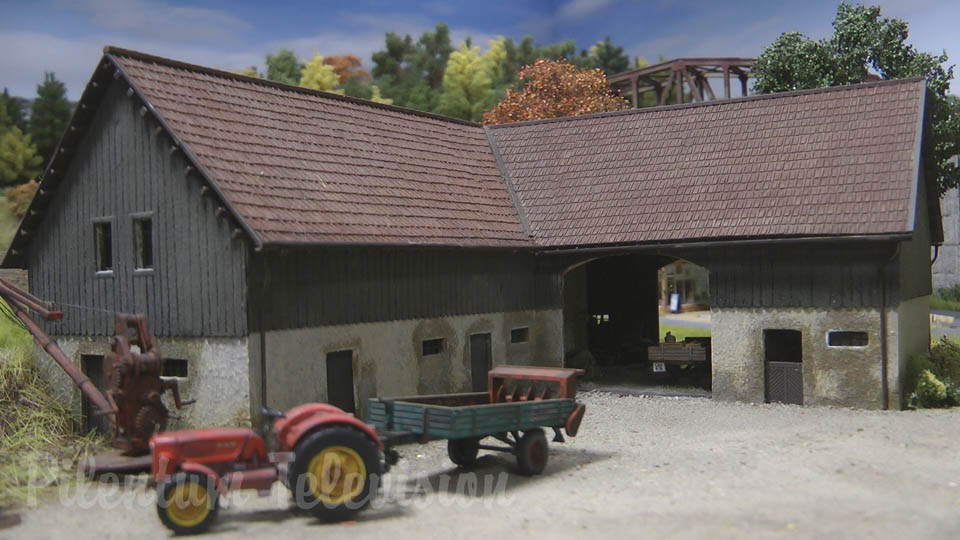 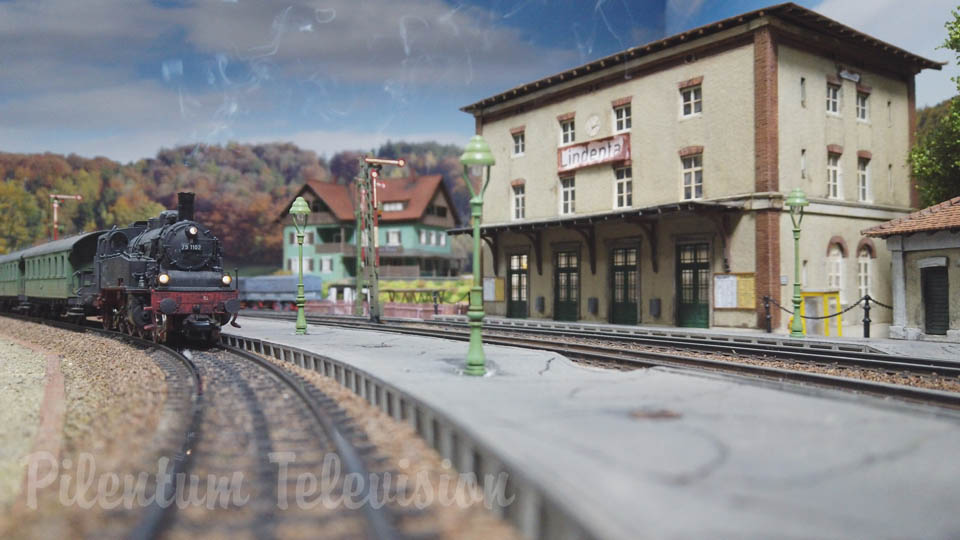 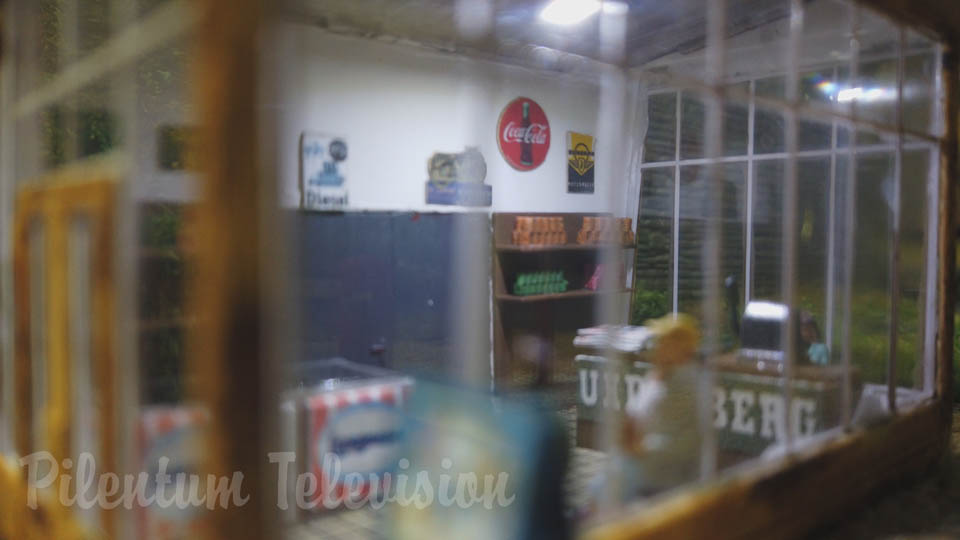 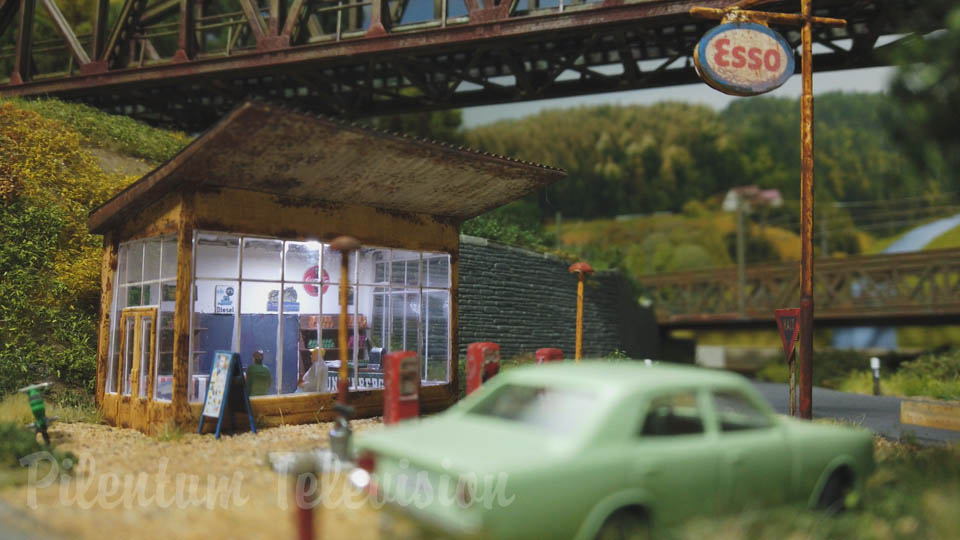 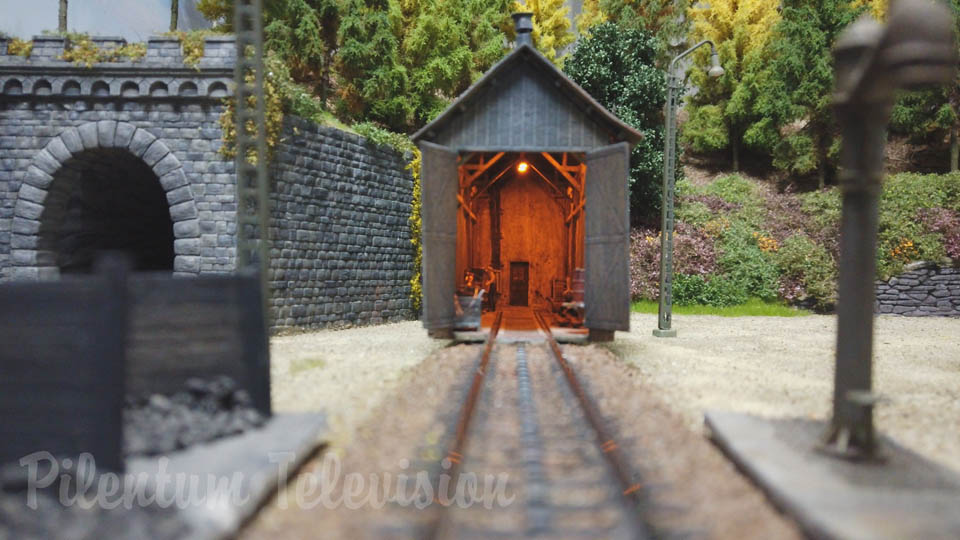 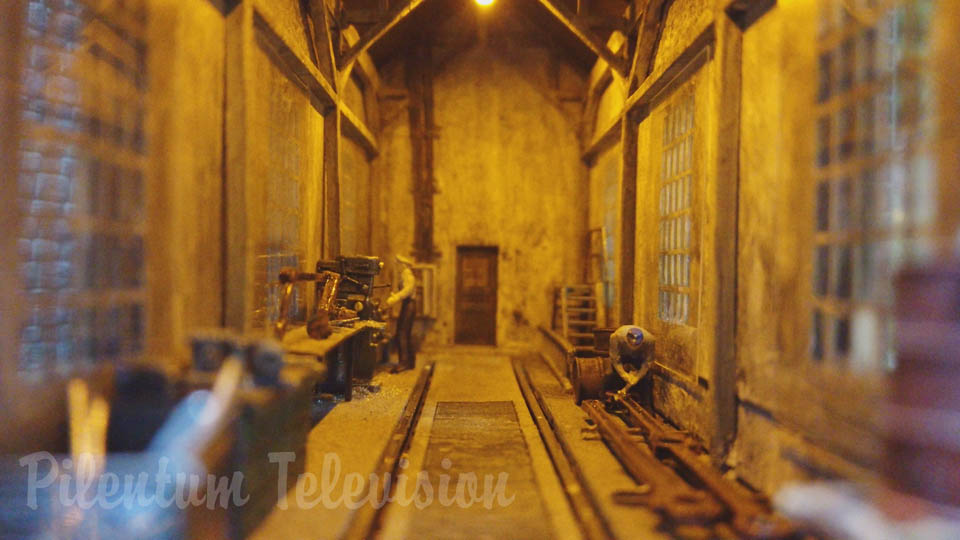 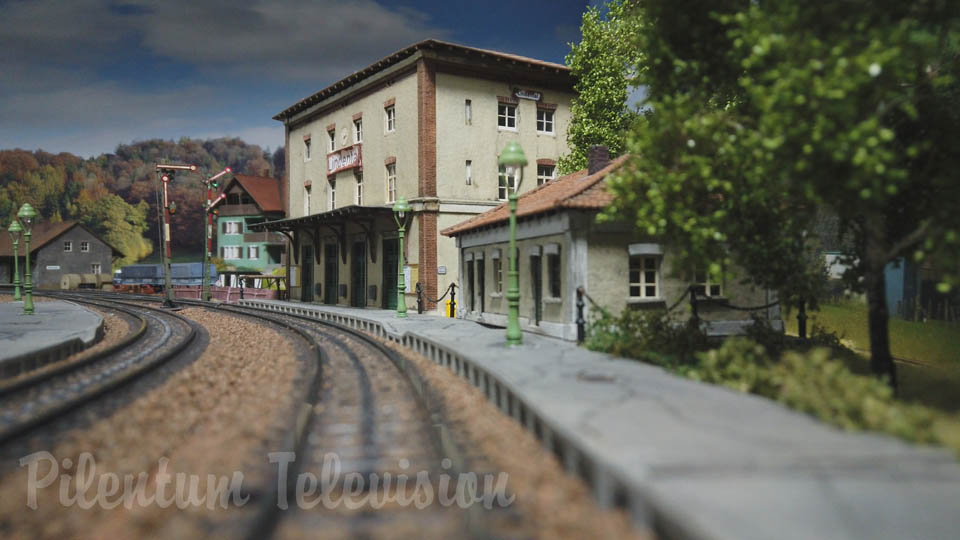 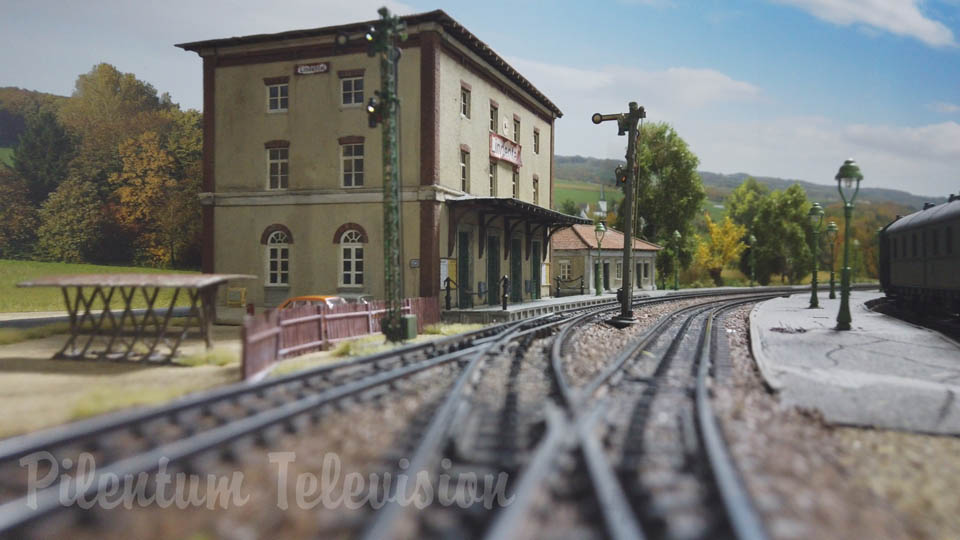 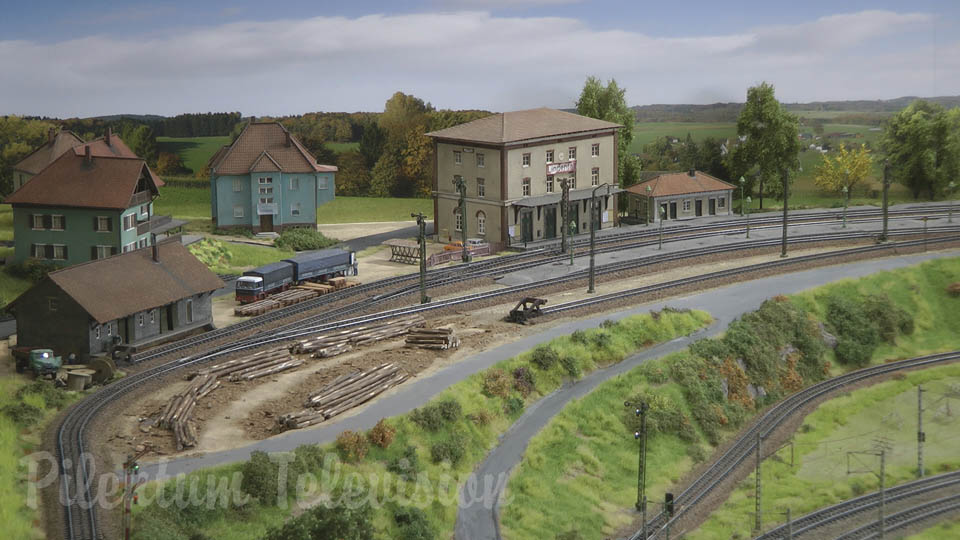 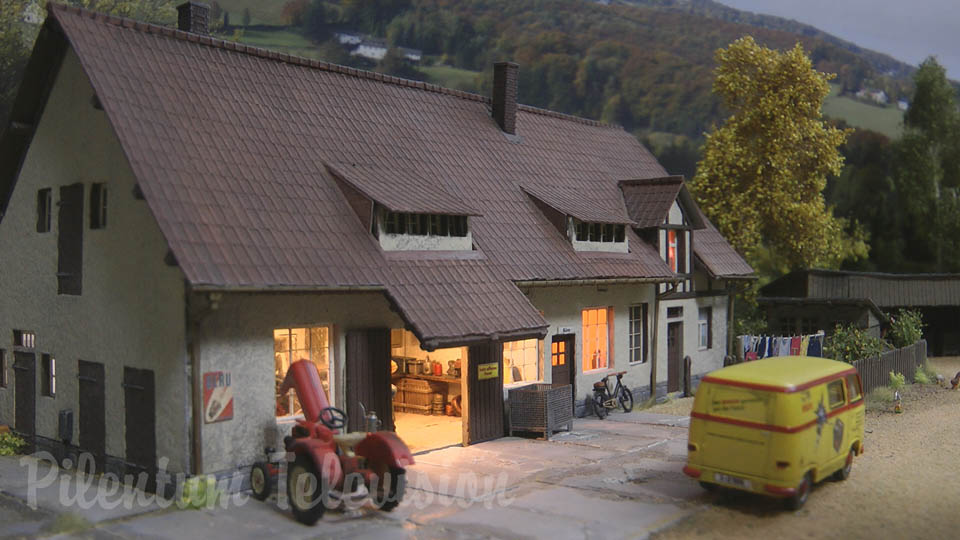 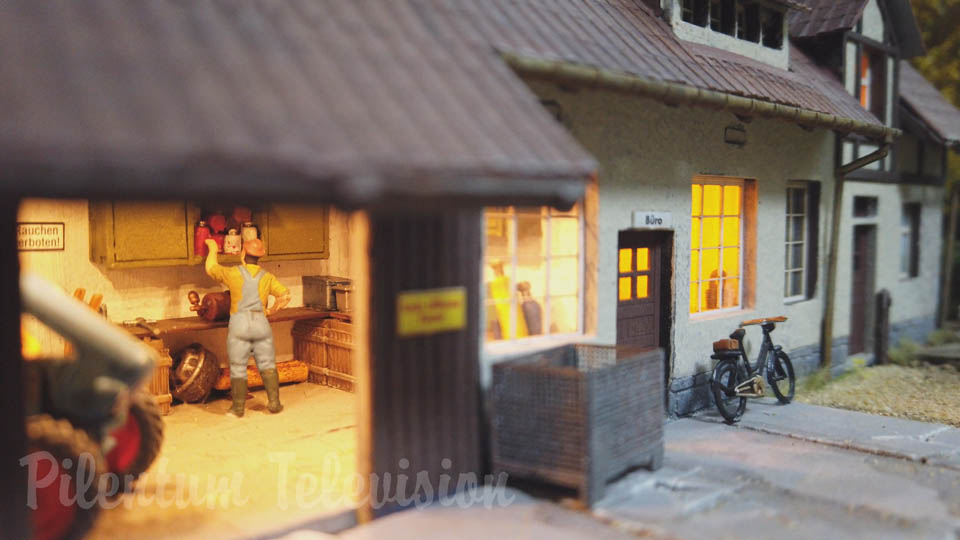 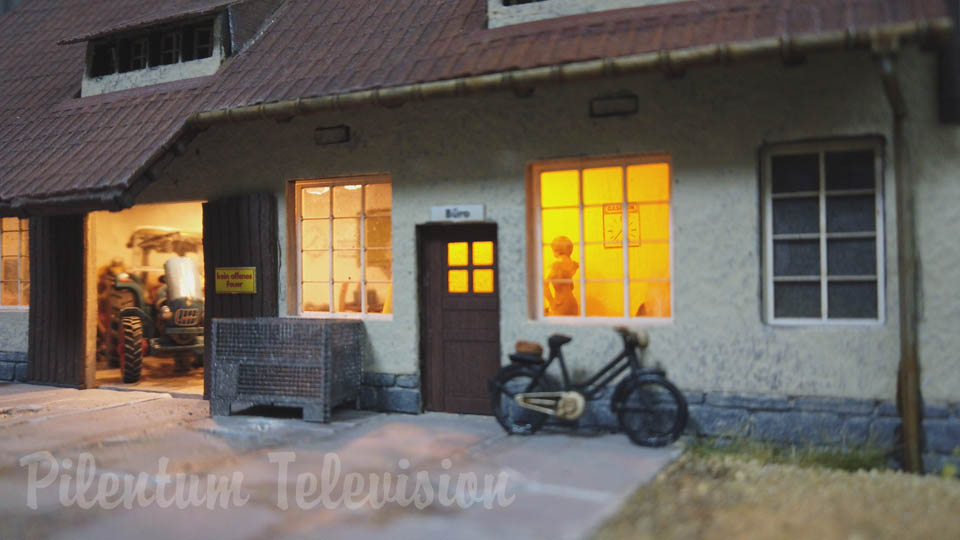 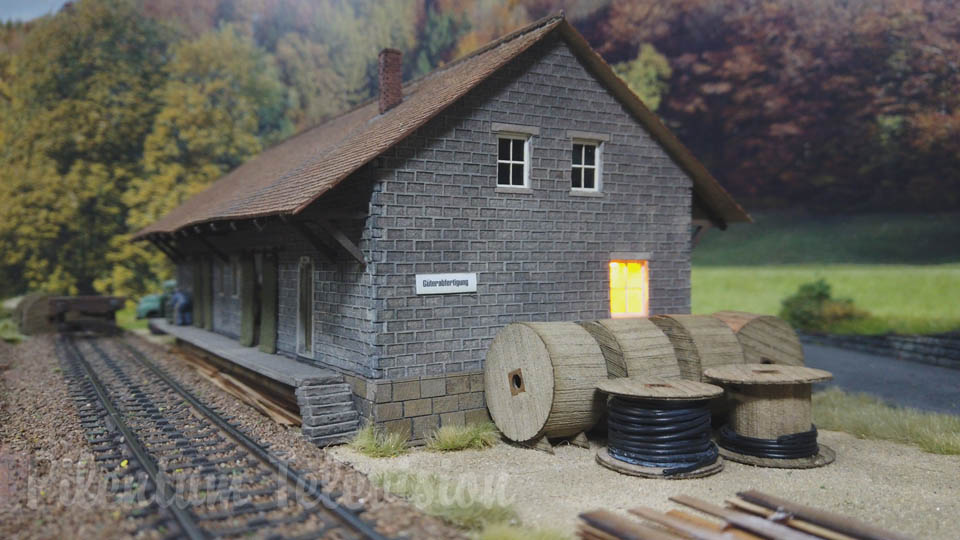