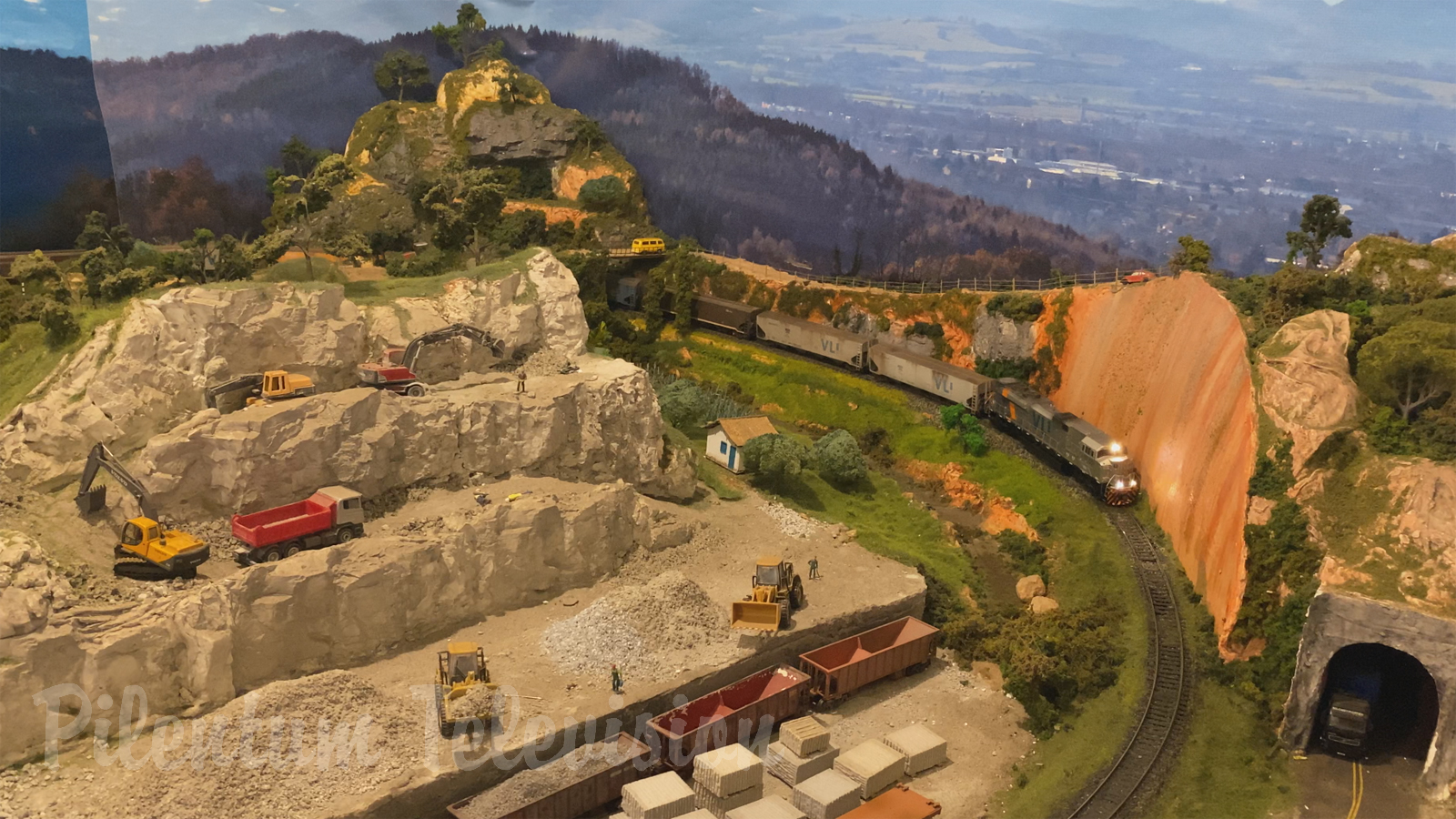 In this video, Pilentum Television presents an authentic model railway layout made in Brazil, where people call model railroading “ferreomodelismo”. Powerful diesel locomotives and beautifully weathered model trains used by the former Brazilian railway company “Rede Ferroviária Federal Sociedade Anônima” (RFFSA) are circulating on the HO scale layout. This miniature world was built by Everton de Moura Cabral, a railway enthusiast who lives in the city of Divinópolis, Brazil. The rail model depicts a common railway system in Brazil, especially in the state of Minas Gerais surrounded by mountains, waterfalls and rivers.

On the model railroad layout, there is also a limestone mining, which is common for the countryside of Minas Gerais. And of course, there are very long freight trains, which is also common for the rail traffic in Brazil. 46 meters of tracks are used on the layout which takes about 14 square meters in size. Everton de Moura Cabral loves railway modelling, but he also loves to weather his locomotives and trains. This is the reason why we see a lot of long video footage in which endlessly long trains pass the camera.