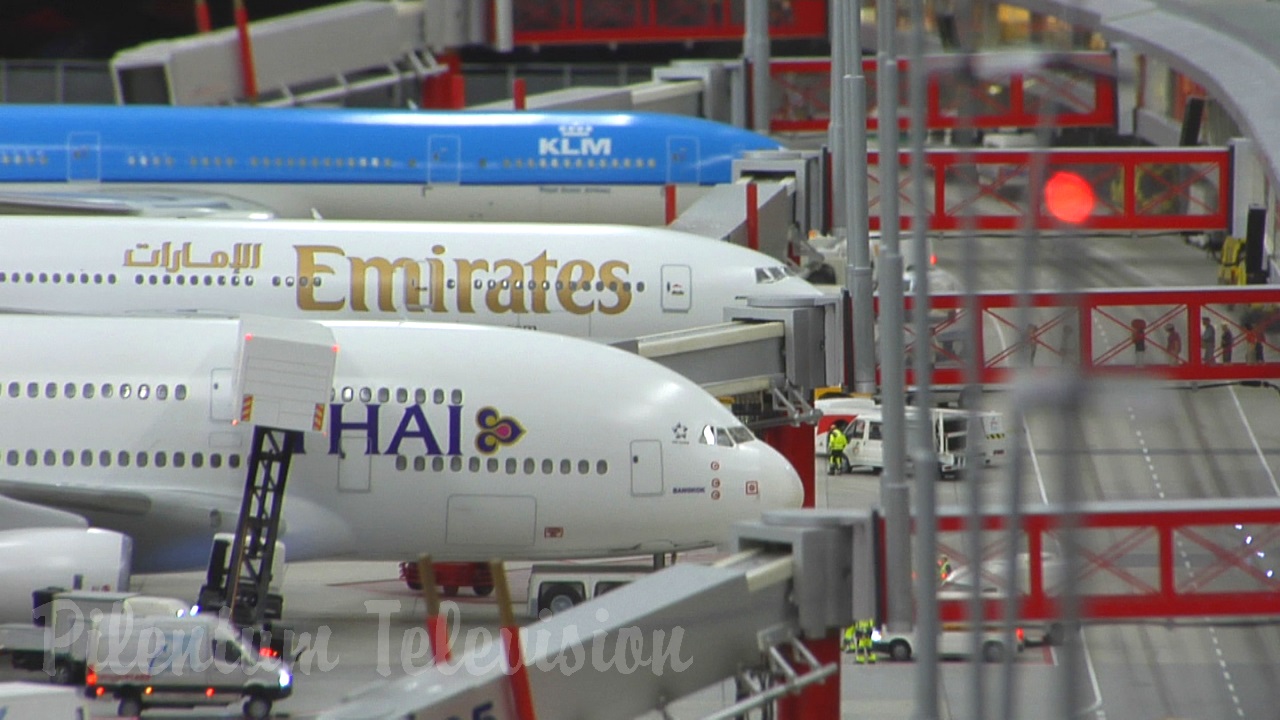 Usually, Pilentum makes videos about model trains. But in this video the world's biggest miniature airport is presented. It is called Knuffingen Airport and it is the largest model airport of the world. The airport is part of the great Miniature Wonderland in Hamburg, Germany.