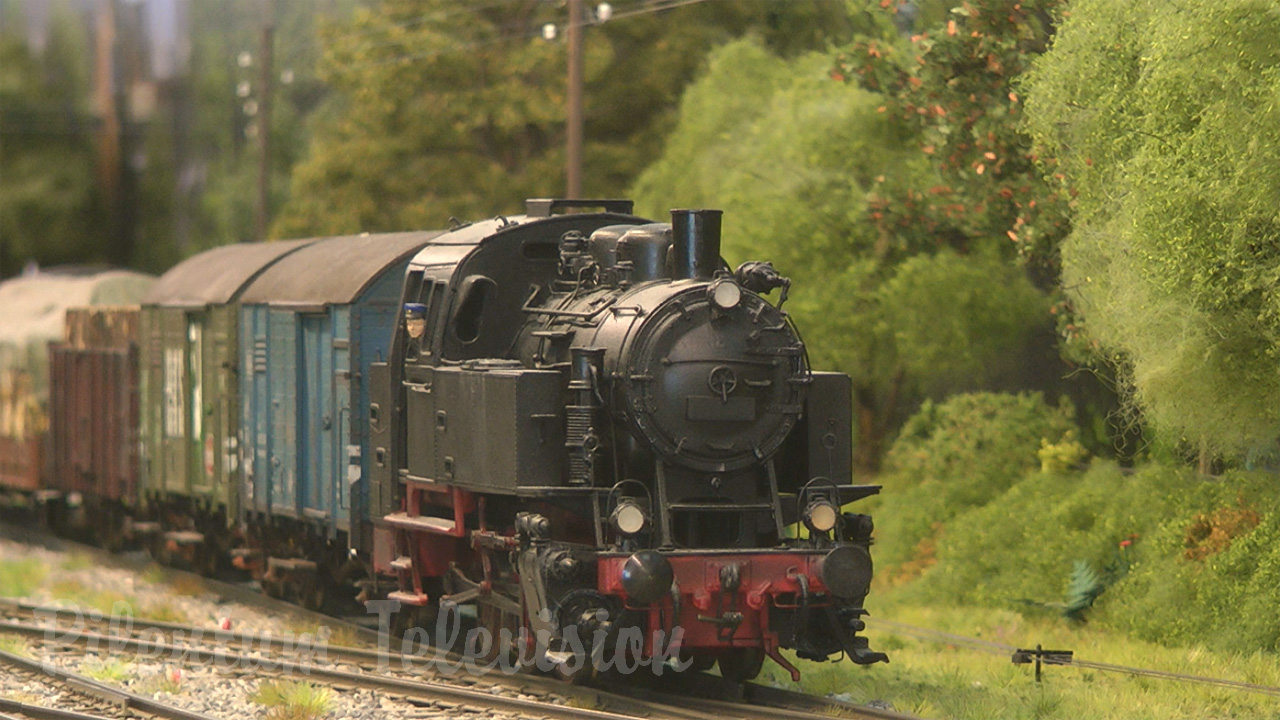 Rail transport modeling in Germany is closely associated with those steam locomotives and diesel locos of the former state railroad (German Federal Railway) from the 1960's. It was the time when many branch lines still operated and goods were transported by trains. Therefore, there are many model railroading enthusiasts who recreate that romantic era.

The model railway diorama we see in this video follows this railway modelling philosophy and depicts a small station in Germany where a lot of freight traffic is handled. Steam trains often run on the shunting tracks or run over the level crossing. The model railroad layout was built in O scale, i.e. scale 1/45, and uses the high-quality rolling stock of the German company Lenz with digital decoders for train control.

Christian Heine and Norbert Kicker, two hobby model railroaders, have built this model railway as a modular layout (O scale shelf layout). They have designed an authentic looking landscape, they have weathered locomotives and model rail cars and they have included many realistic details. Enjoy that idyllic landscape, which was so typical of German railroad lines in small villages.