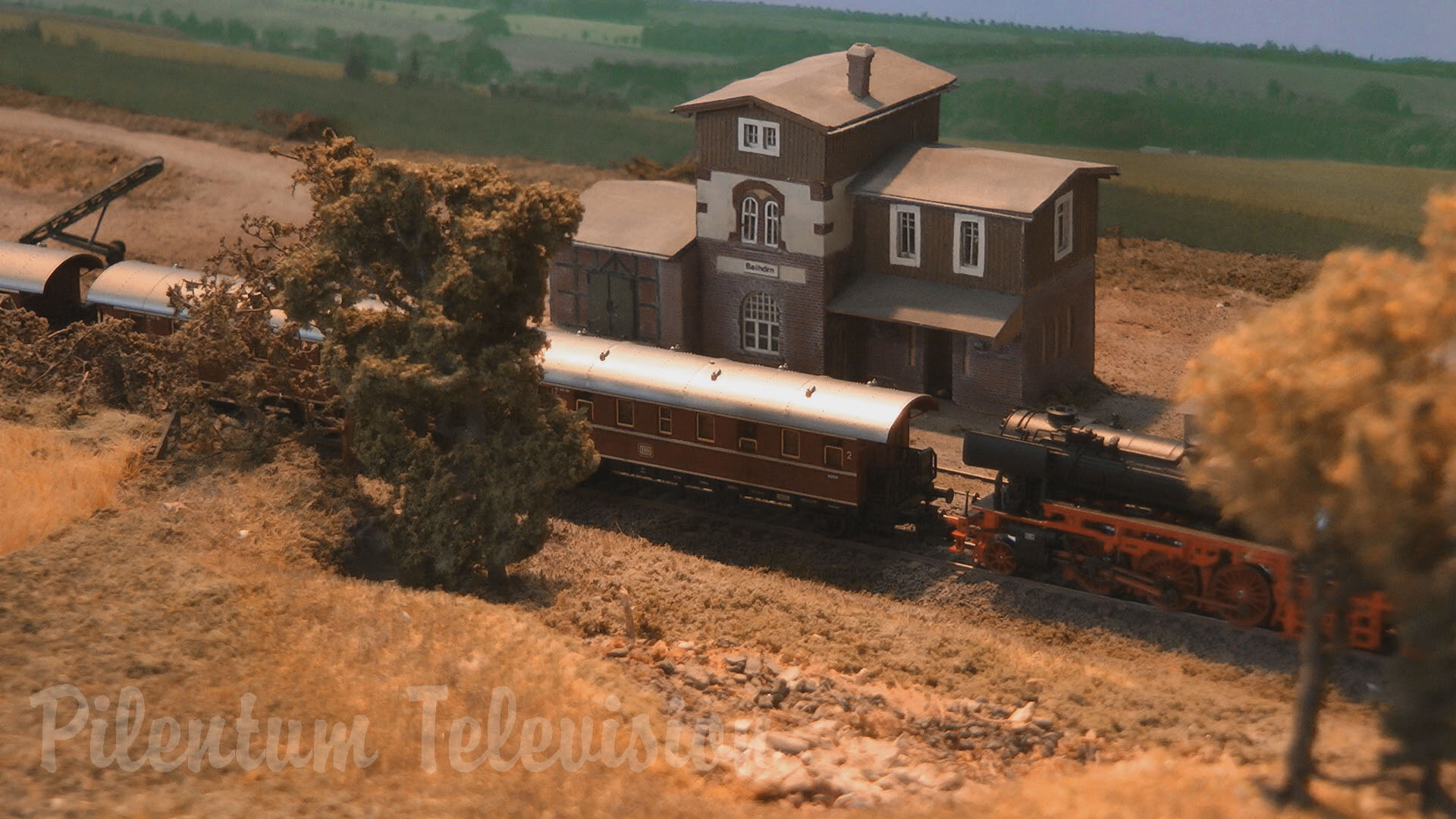 This N scale model railroad layout was built as a modular layout by a German model trains club and is based on the German Federal Railroad and its era III. There are well-known diesel locomotives and steam locomotives; even a Wittfeld accumulator railcar appears in this video. 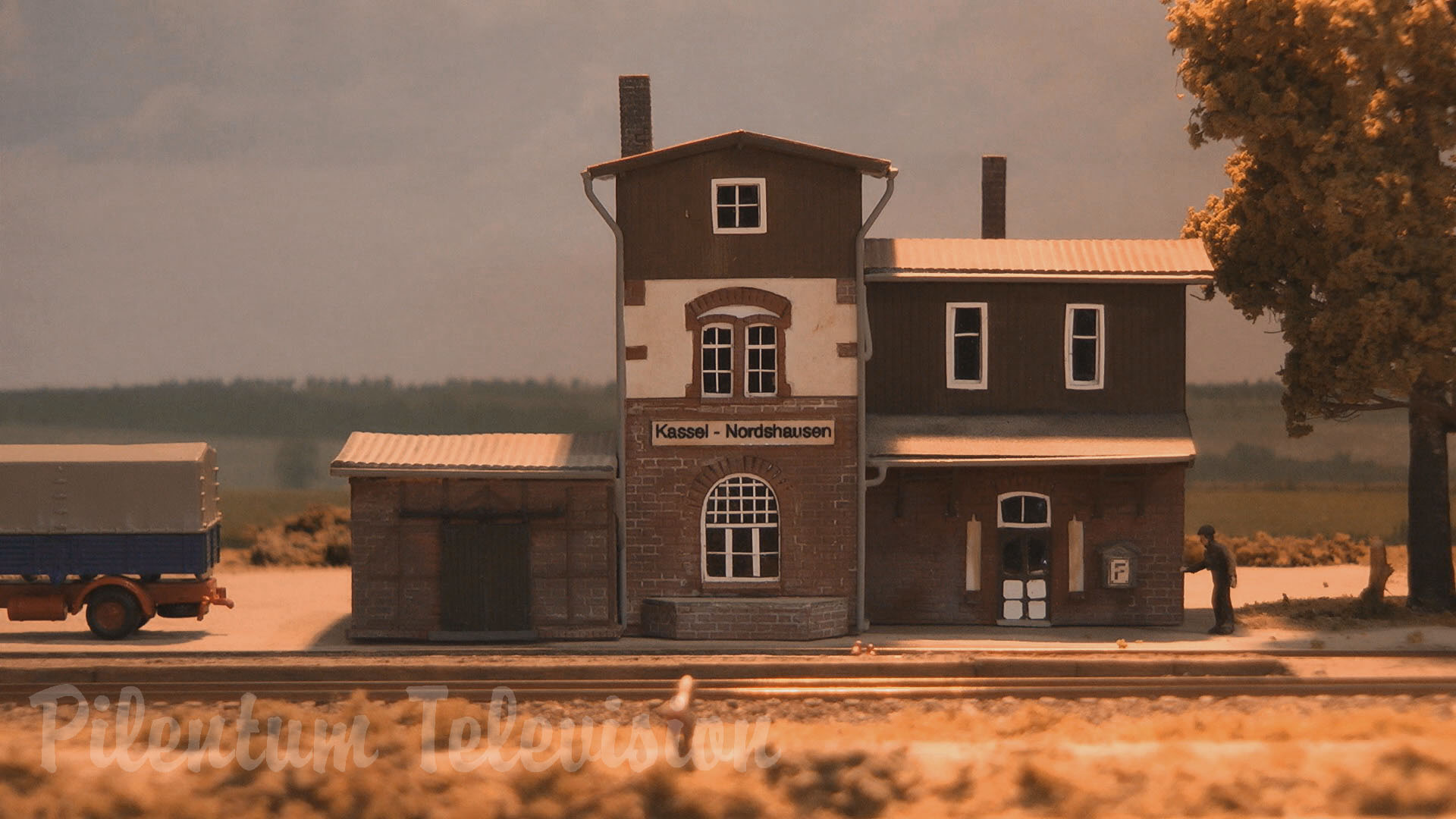 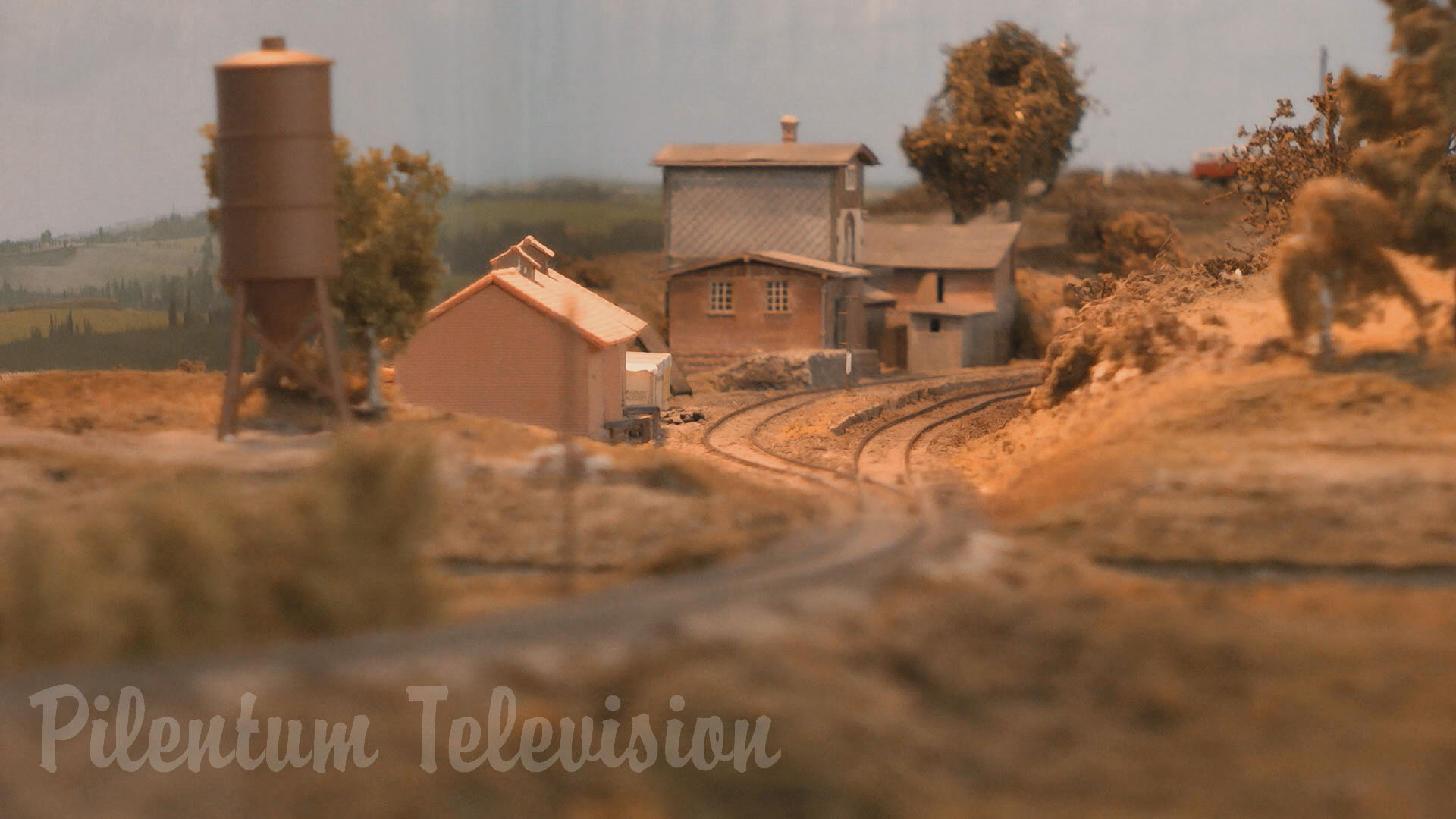 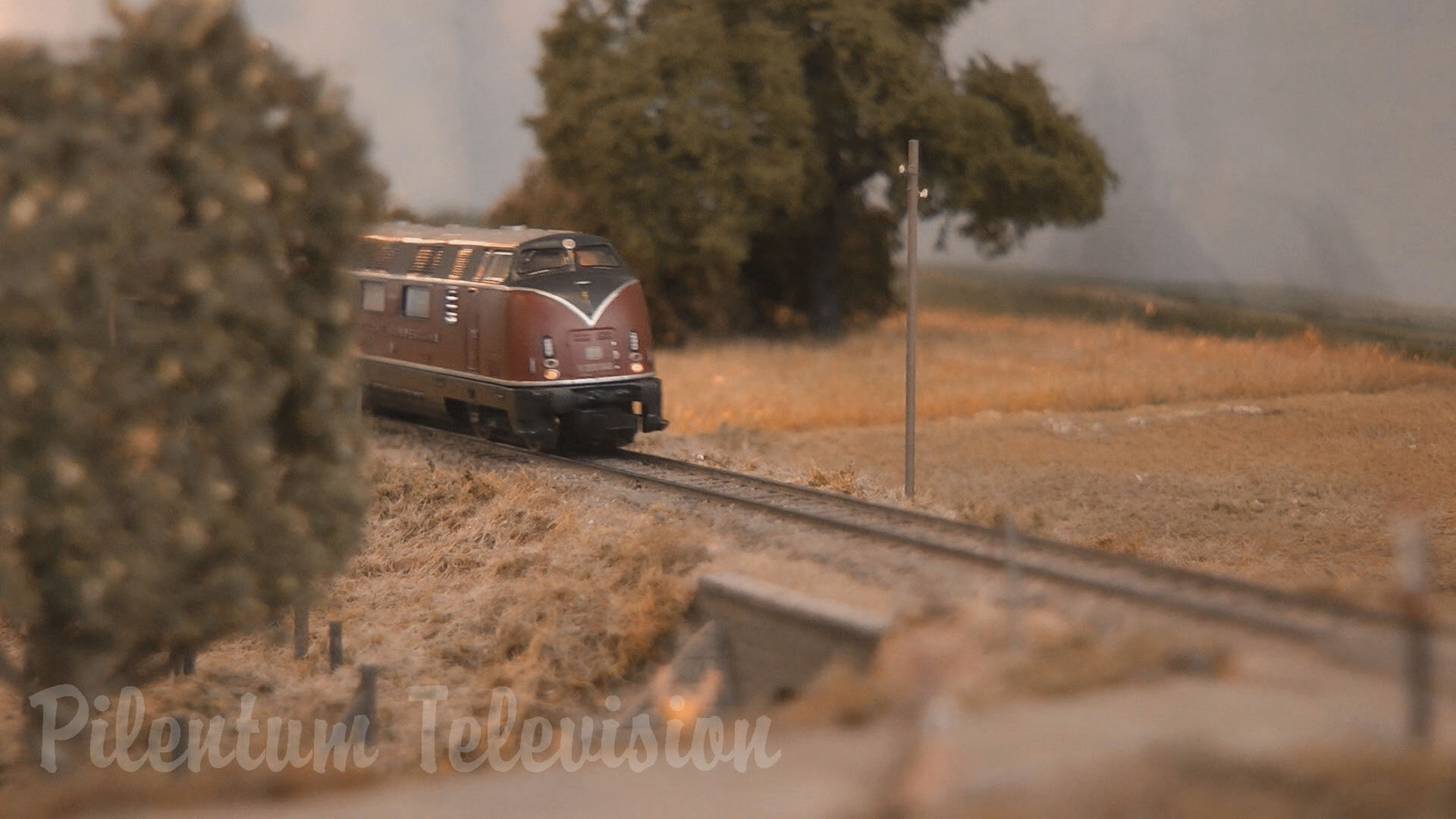 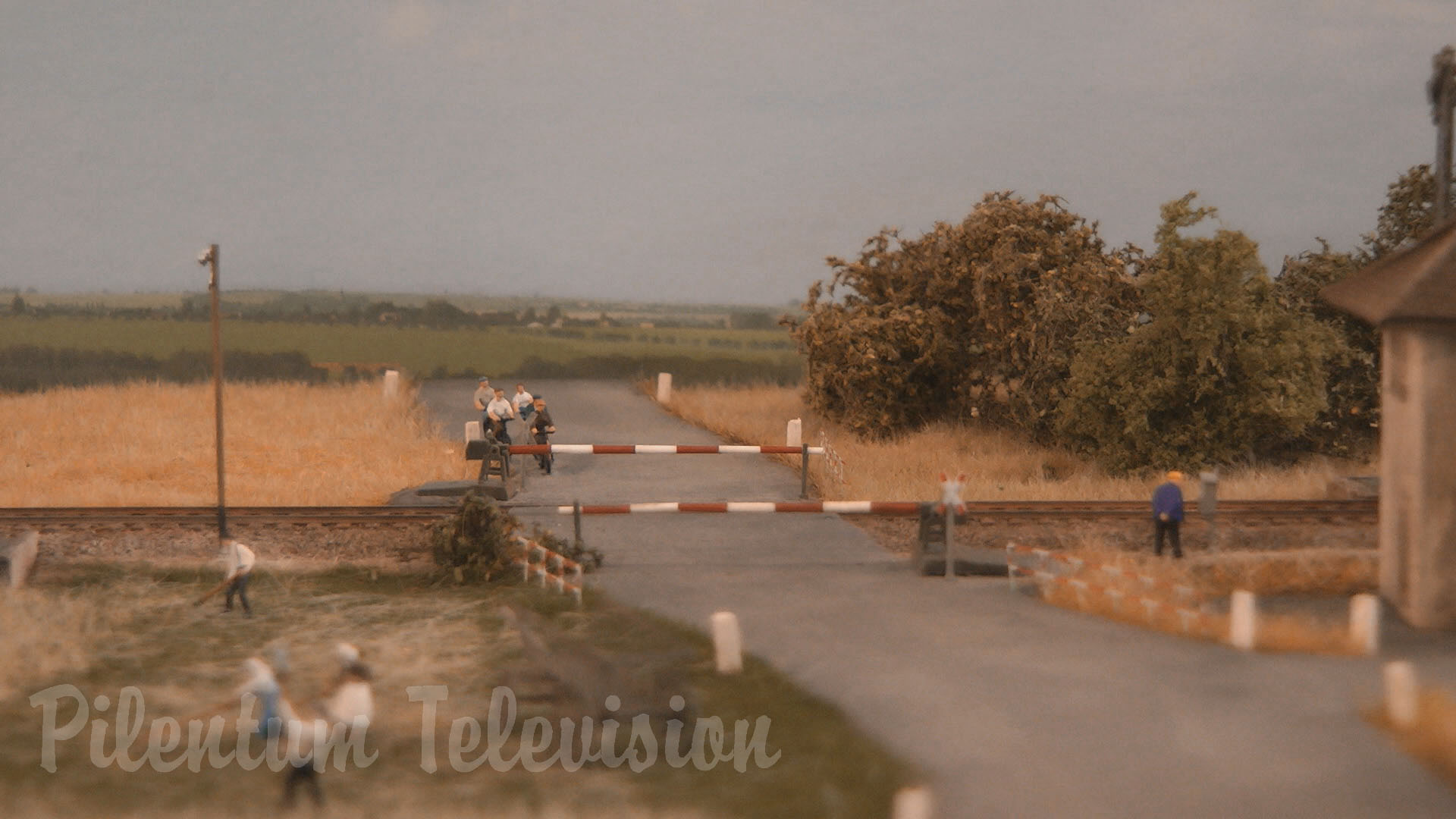 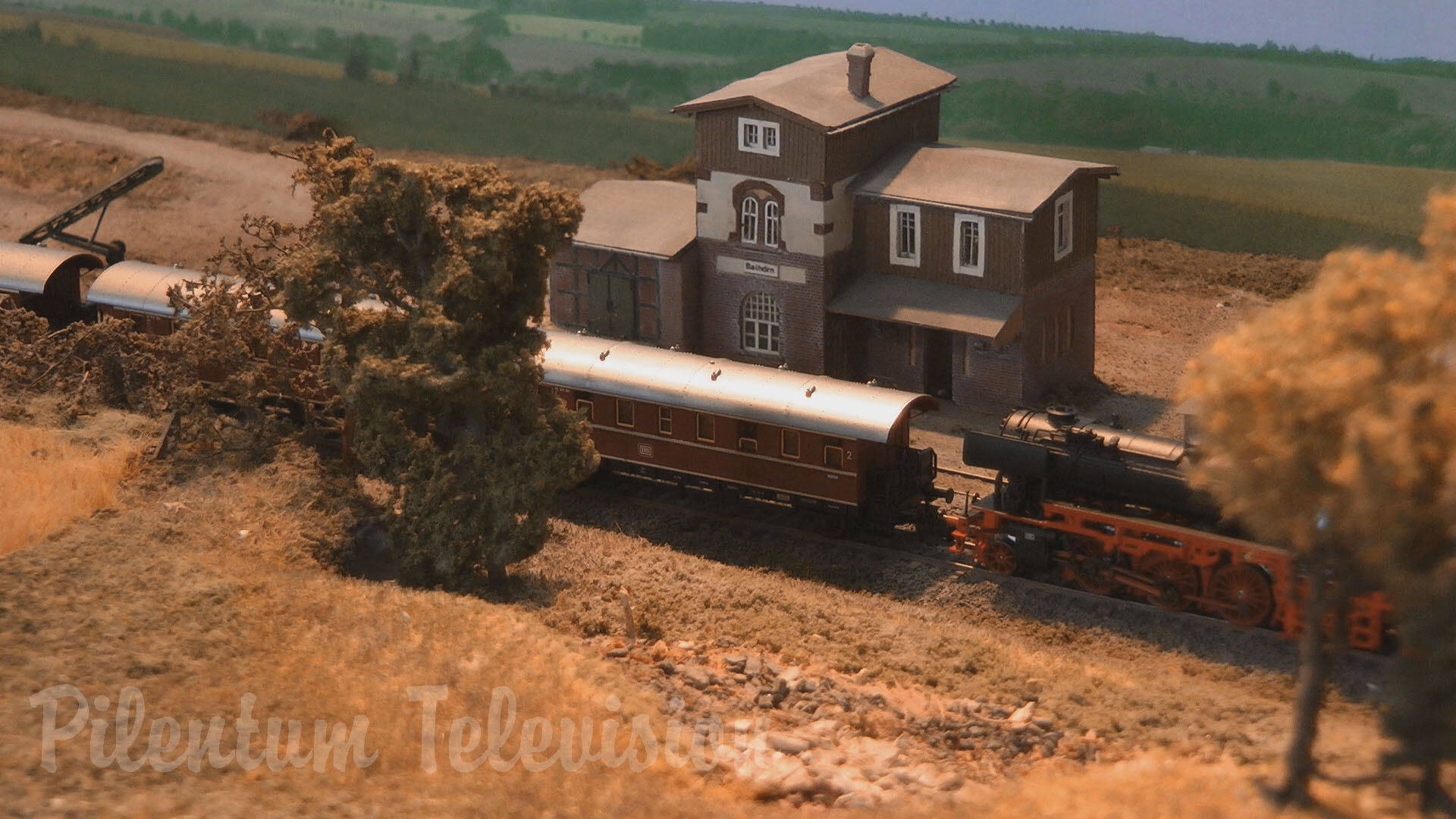 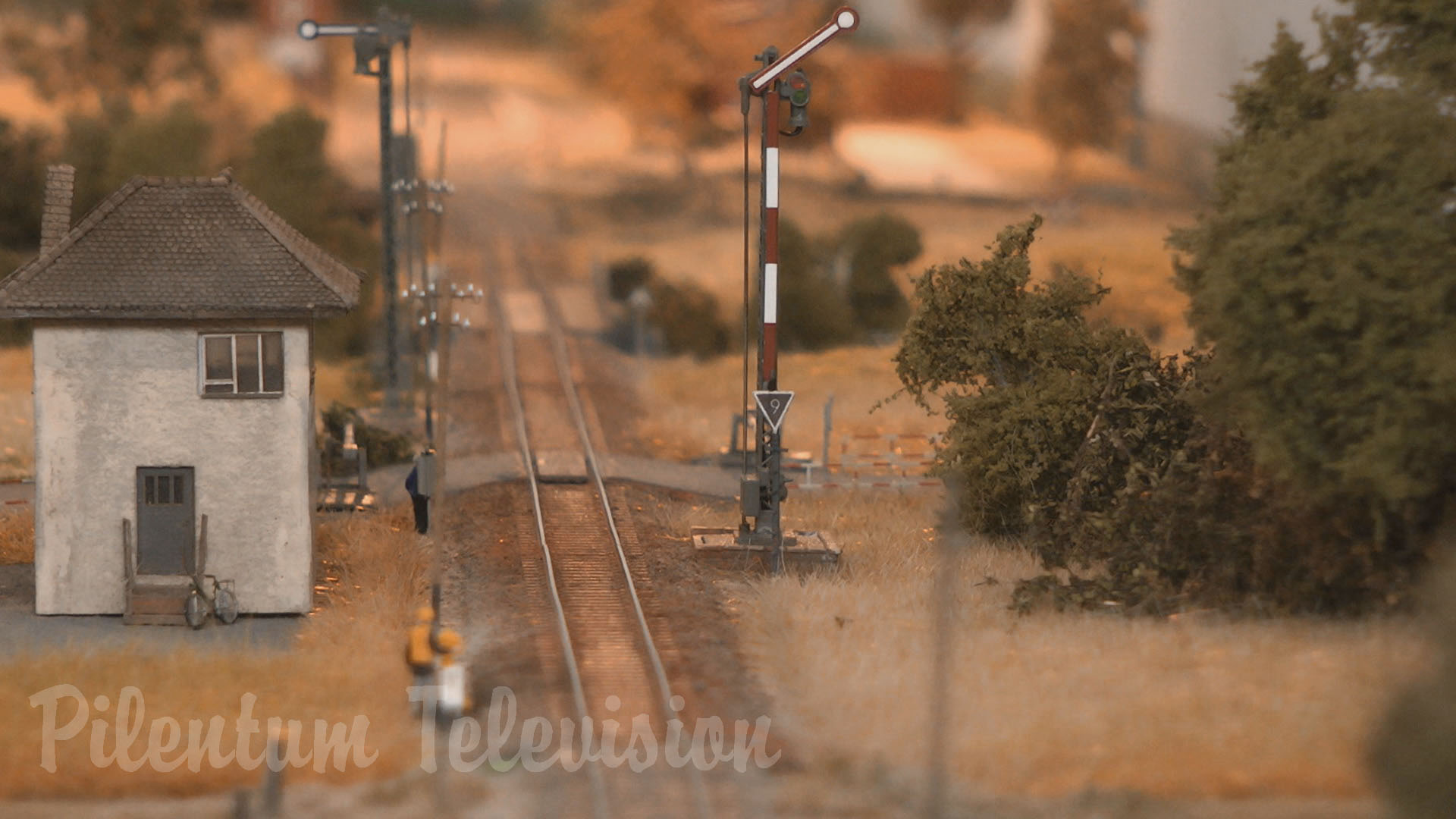