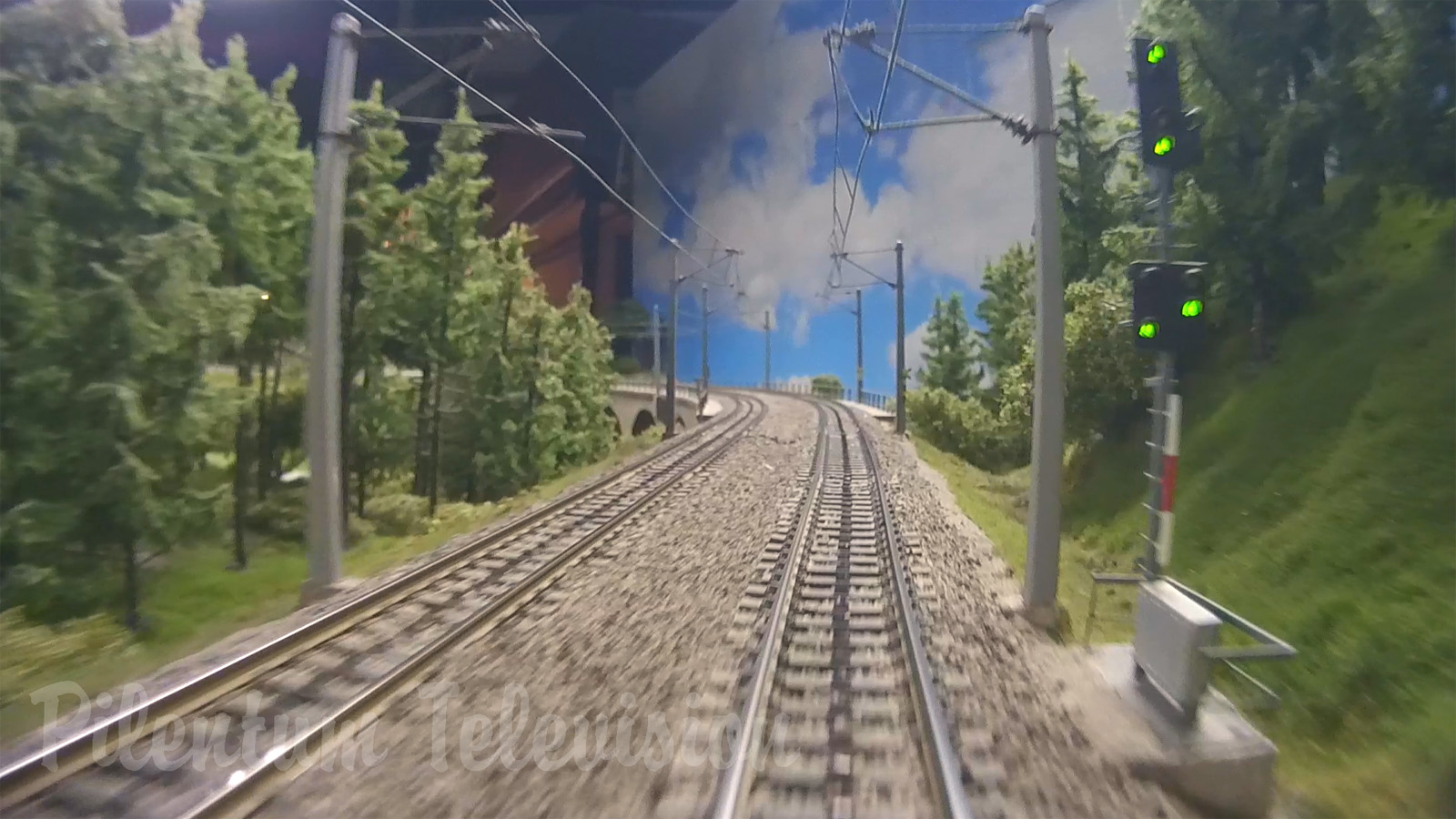 This beautiful Märklin model railway layout was originally built for a private model railway enthusiast living in Austria. One of the most famous model builders in Germany, namely Josef Brandl and his colleagues Dieter Schubert and Wolfgang Spenger created this small miniature world in 1997. The theme of the German-Austrian model railway layout is the ever-popular double-track main line with branch line. The focus of the model railroad layout is the Austrian town of Duernstein with its railway infrastructure.

In this video by Pilentum Television we take a cab ride through the miniature landscape. We discover an amazing show layout based on Marklin’s third rail tracks, constructed on an area of about 10.0 x 6.0 meters. The model rail layout was built in an L-shape with a large fiddle yard and a grand helix underneath. As usual with Josef Brandl’s HO scale layouts, the focus of this model train layout is on the landscape and on the fabulous design of the railway buildings. He did a masterful landscaping. It is the natural-looking trees, but also the rock design and the many small lively scenes that give all Brandl layouts their typical flair.