Miniature World in HO scale inside the Miniature Wonderland in Germany 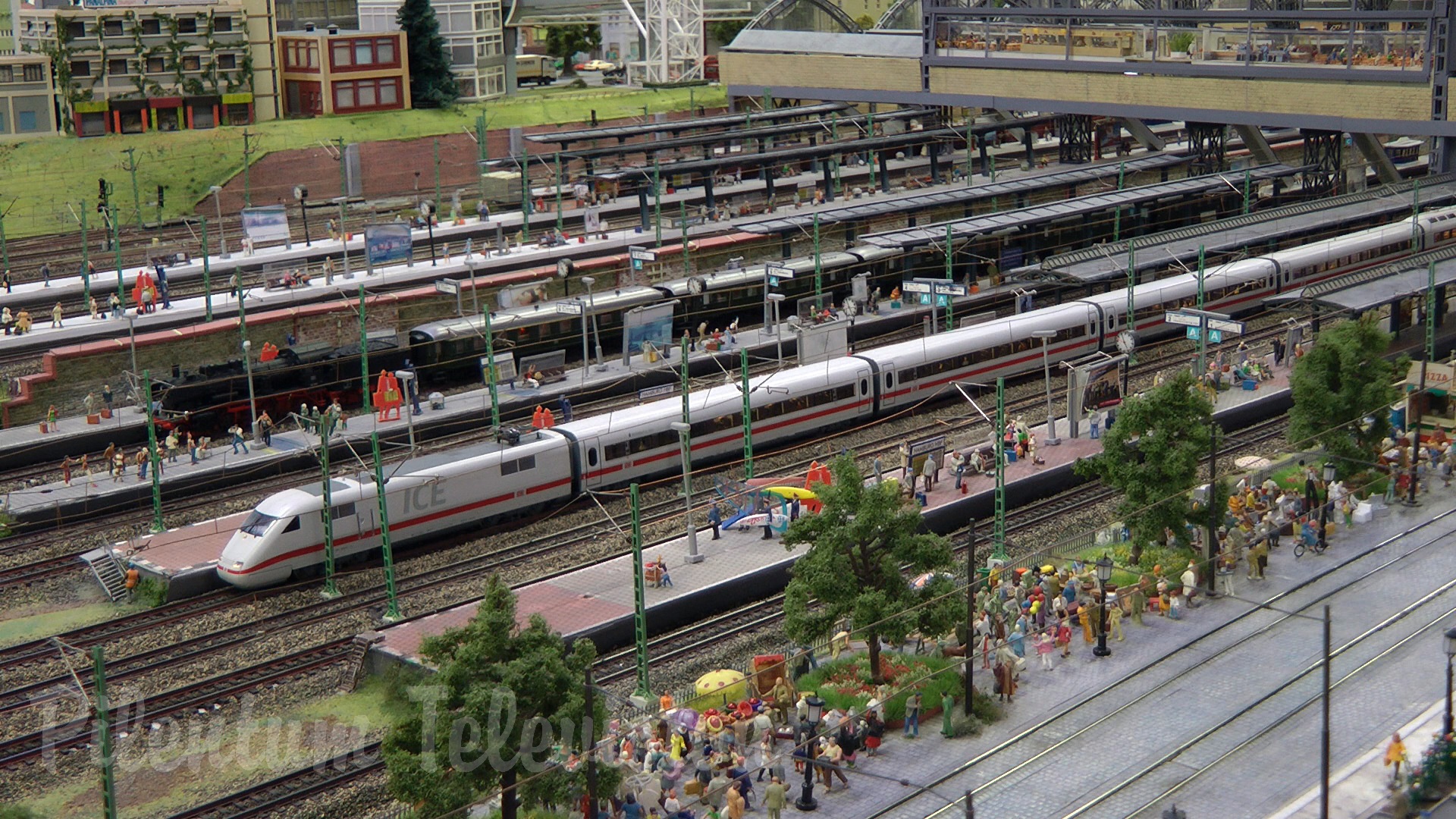 The Miniature Wonderland is a very large model railroad exhibit in Germany. It is the largest model railway layout in the world built in HO scale. It is divided into several sections, for example, Germany, Alps and Austria, city of Hamburg, America, Scandinavia and Switzerland. In the year 2011, an model airport was opened, a miniature airport with airplanes and aircrafts. The exhibit includes more than 900 model trains.