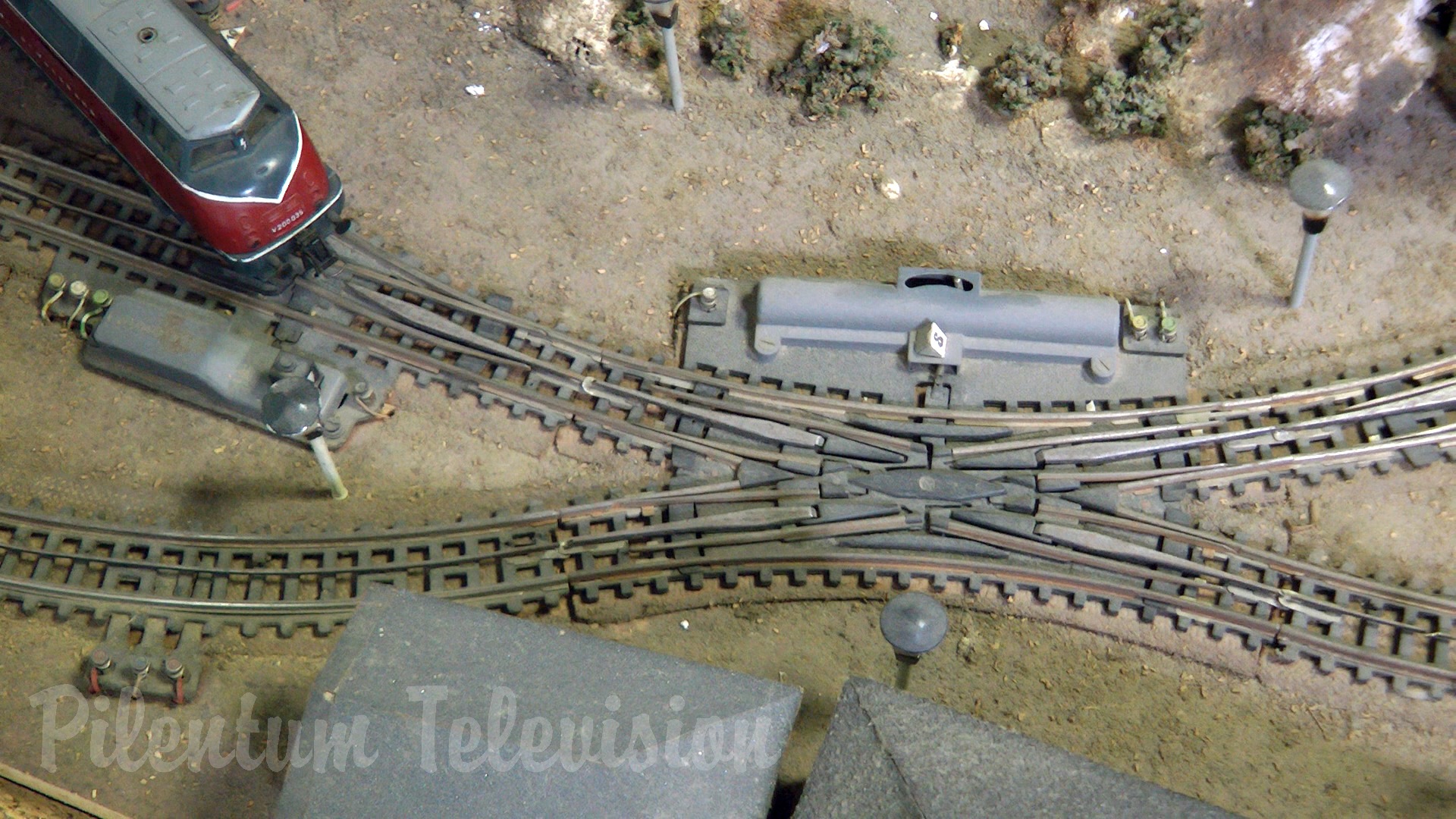 In the beginning, there were tinplate trains from Bing, Marklin or Lionel. Pilentum found this antique tinplate model railroad layout. The trains must have been produced between 1940 and 1950. Then, is was called Trix Express. Unfortunately, this model railway layout is so old that no function is available. But collectors, fans and enthusiasts will enjoy viewing this video footage.