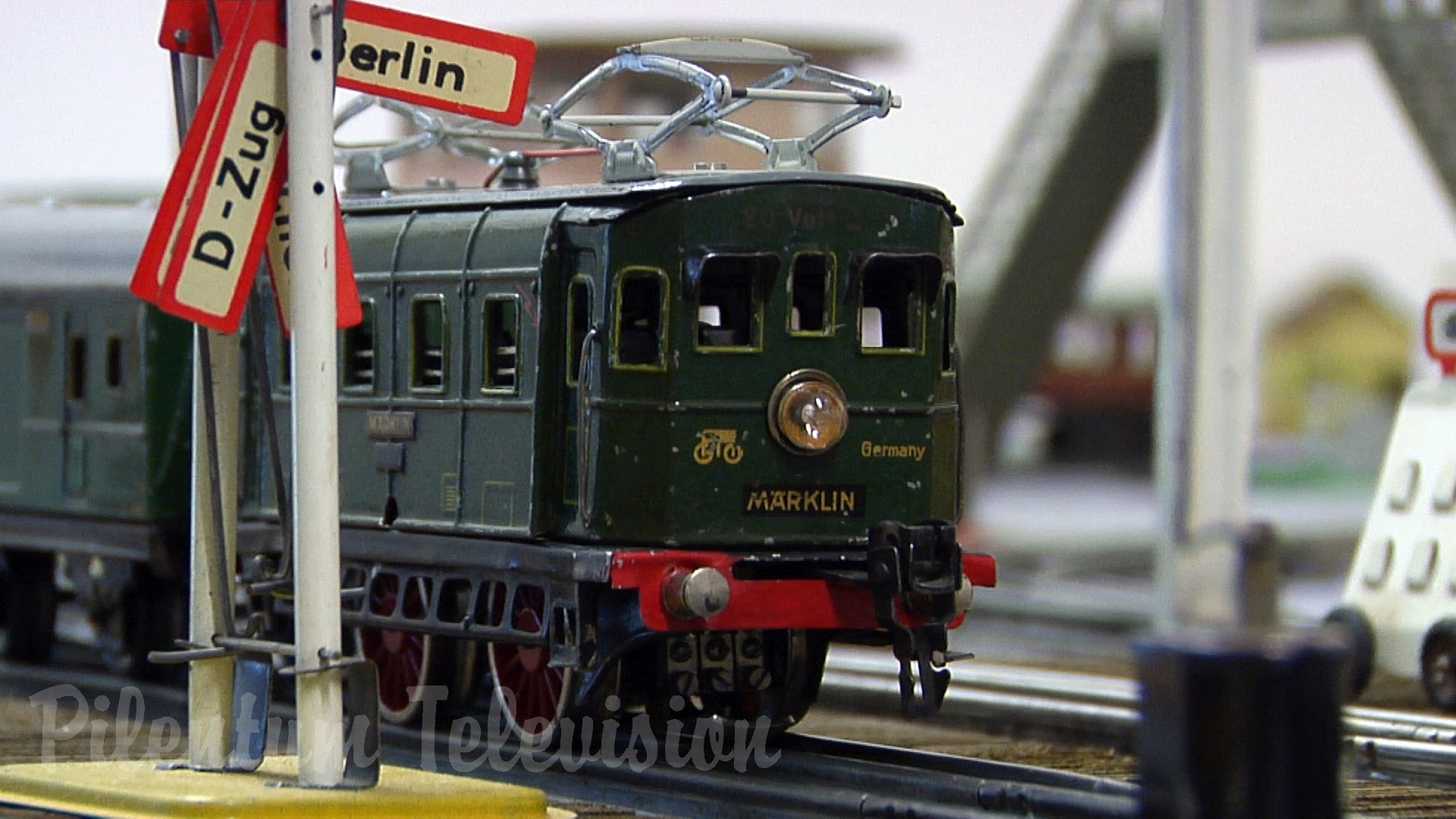 Pilentum found a model railway exhibition with rare, original and fully functional tinplate model train layout made by Marklin. These tin plate trains were built in 1925. There are some typical metal toys or so-called tinplate toys, for example, a train station, a bridge and a fun park with carousel. And, there is the famous, vintage railroad crossing which our grandsfathers have played with.

In the years 1893 to 1954 toy trains were made of tinplate by Märklin. Then, O scale was the dominant size. While the first locomotives were built in a very abstract way, the details of the model trains increased in the 1920s. But even after a century, these tinplate trains never lose their charm and beauty.