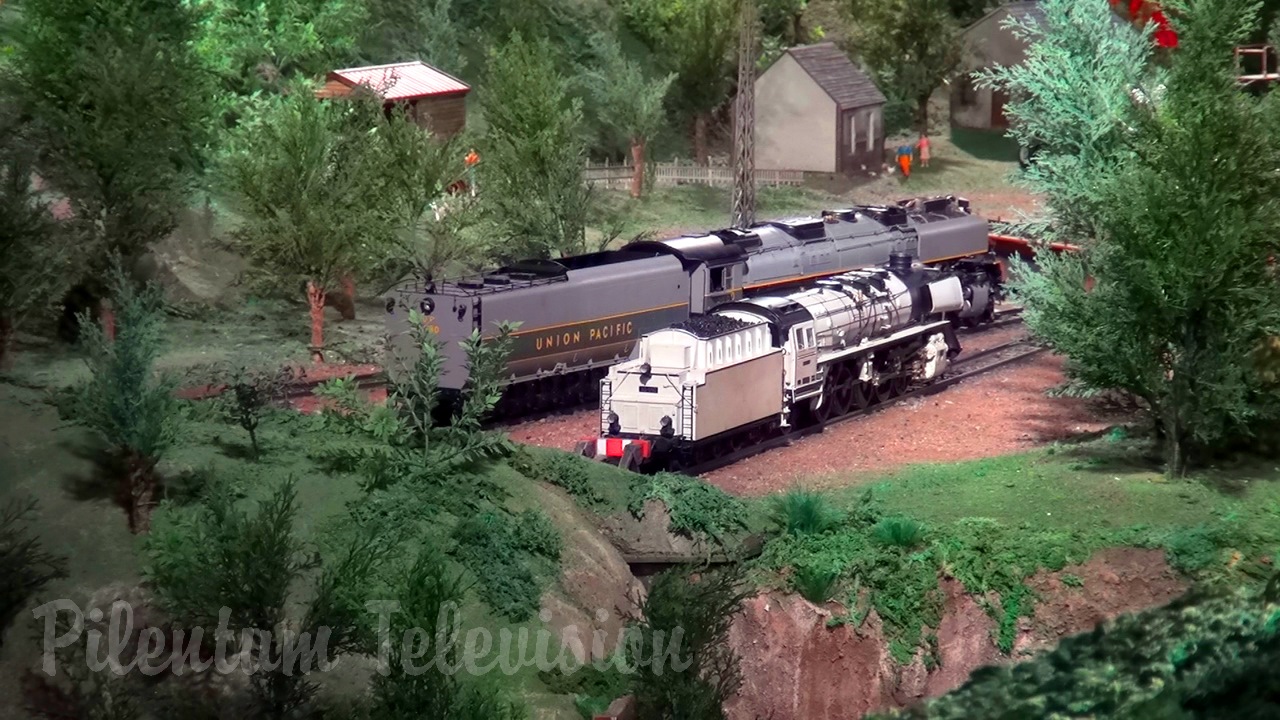 This model railroad layout might be the largest model railroad display in O Scale in Japan. The Hara Model Railway Museum is a large exhibit and collection of model trains from Japan, Europe and the United States. It is located near Yokohama Railway Station. Inside the big exhibition hall, they call it “Ichiban Tetsumo Park”, there is a very large model railroad layout with model trains including steam locos and electric locomotives and trolley cars. An amazing feature is the overhead line because electric locomotives get their power directly from the catenary. It is a beautiful display although German trains, American trains as well as Japanese trains are driving parallel on the railway line. This mixed railroad operation never existed in reality. 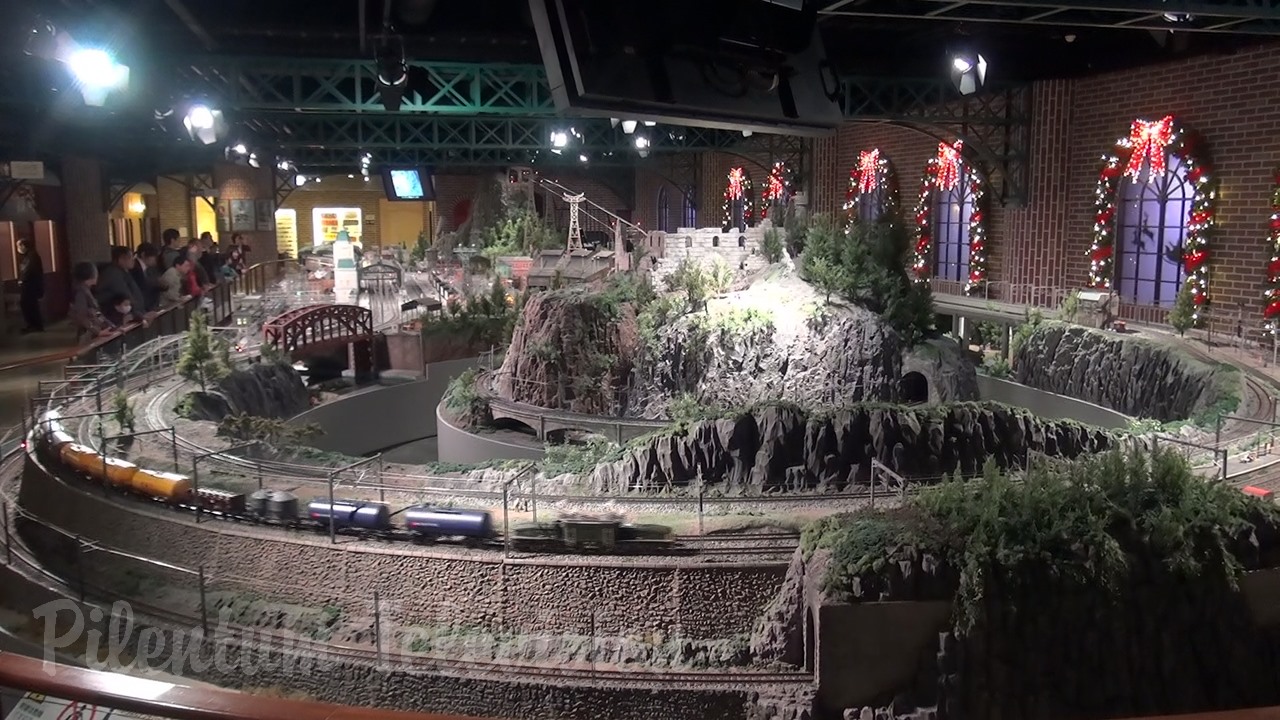 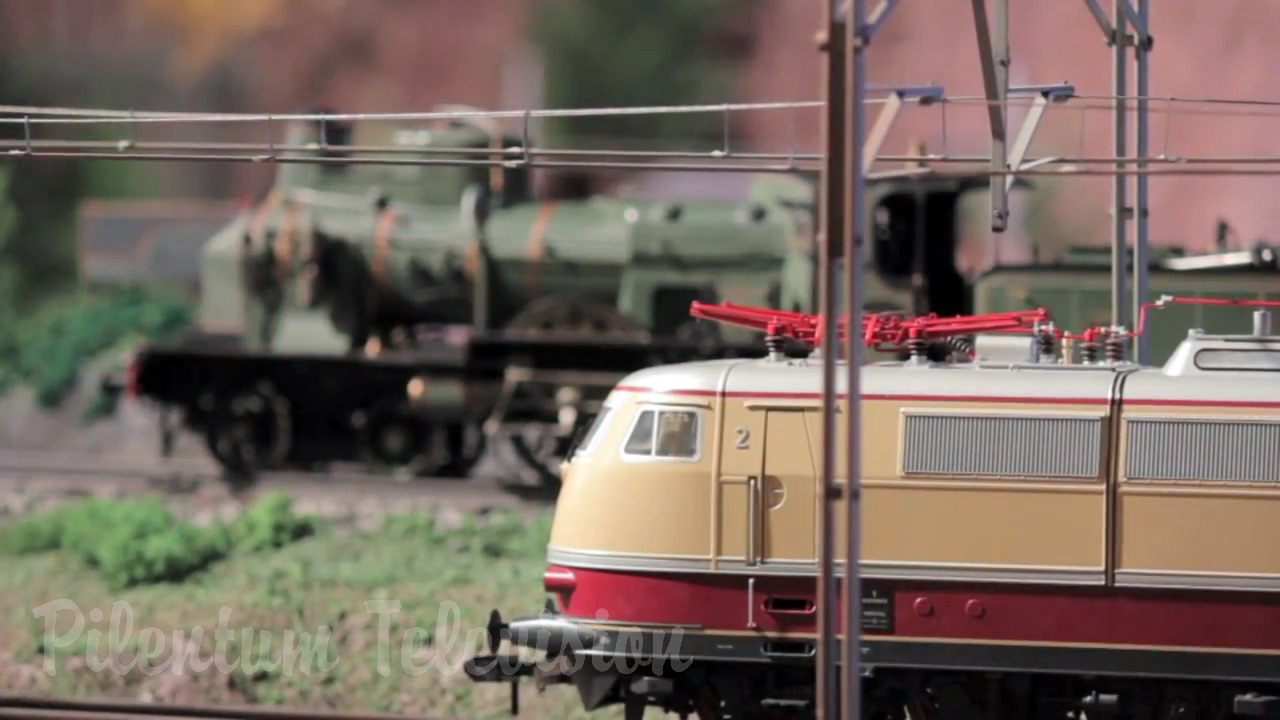 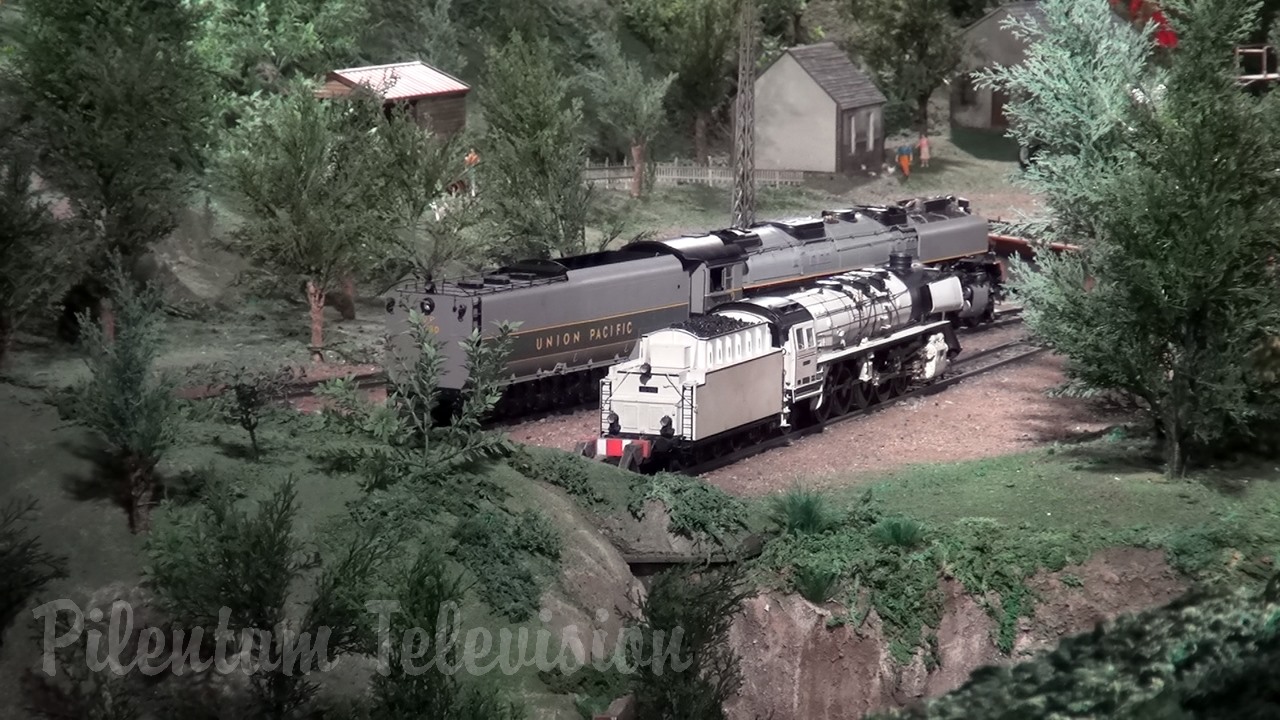 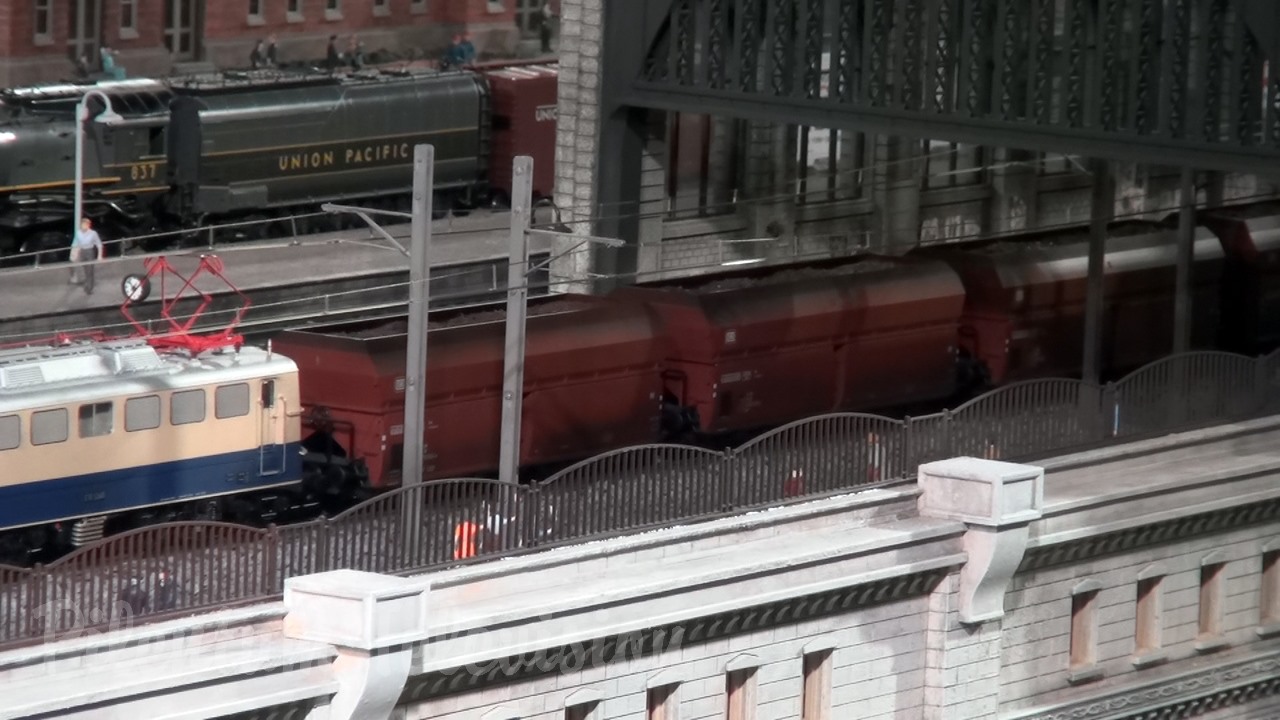 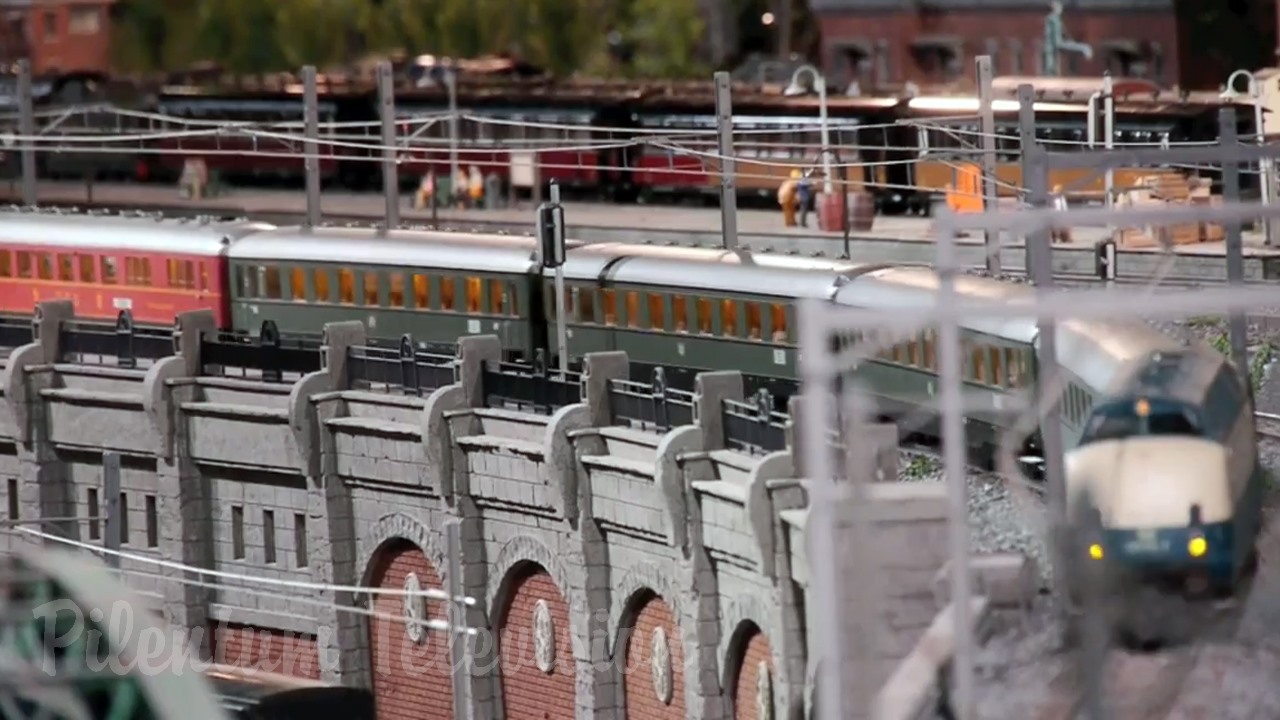 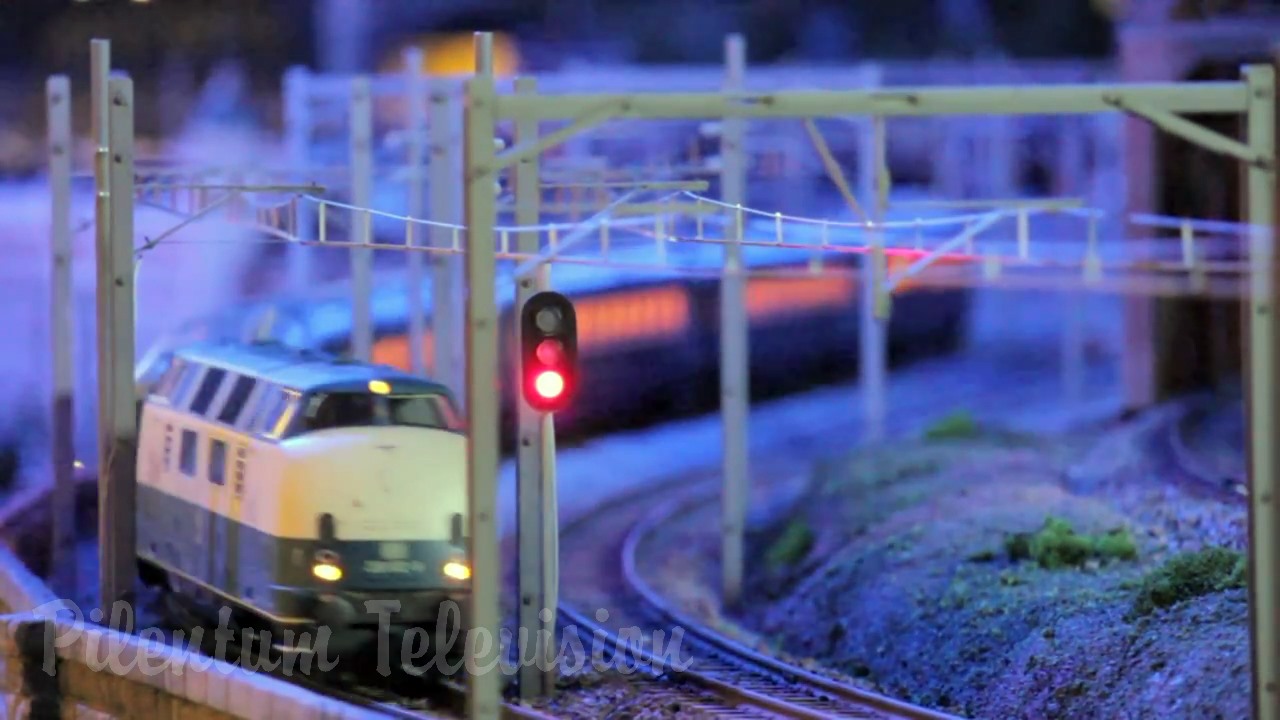 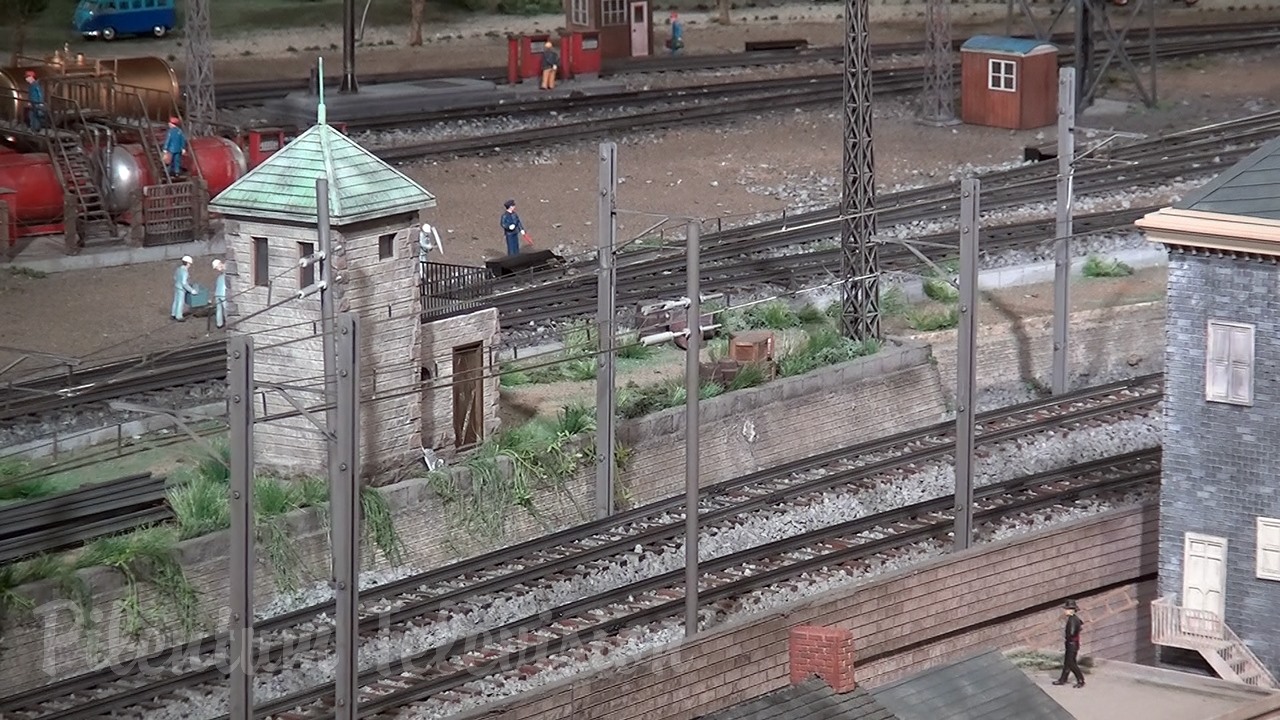 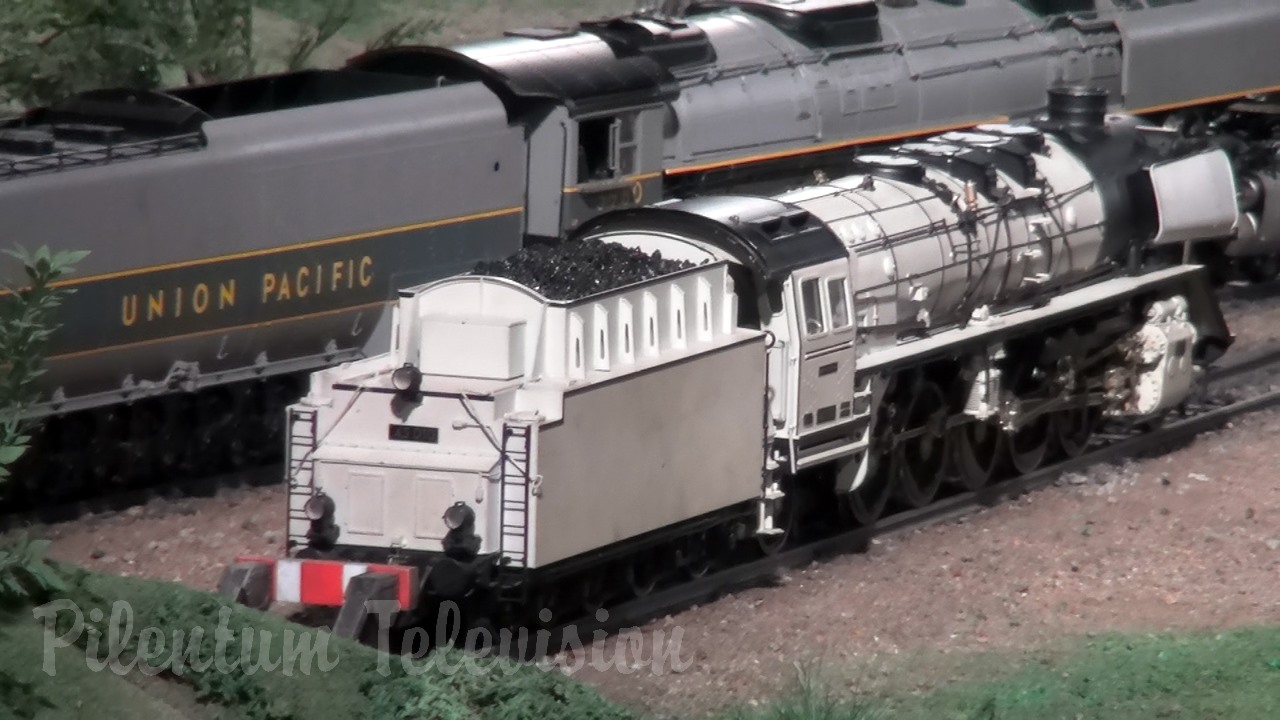 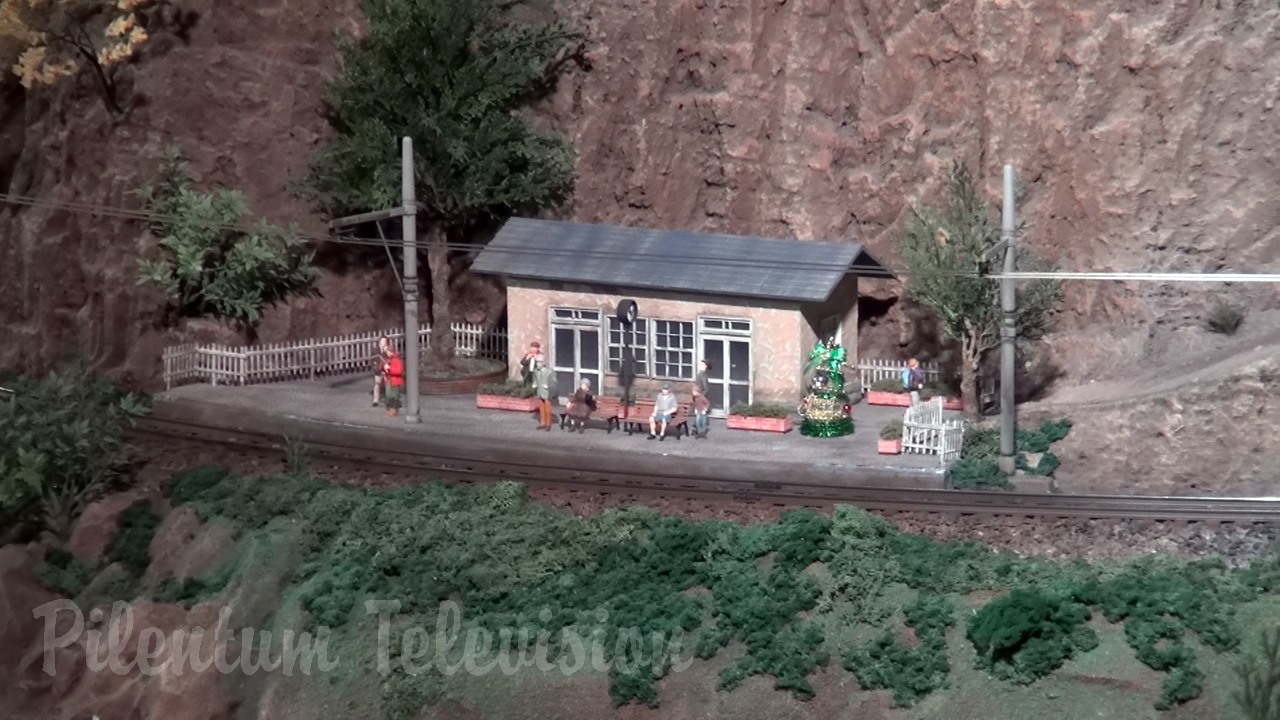 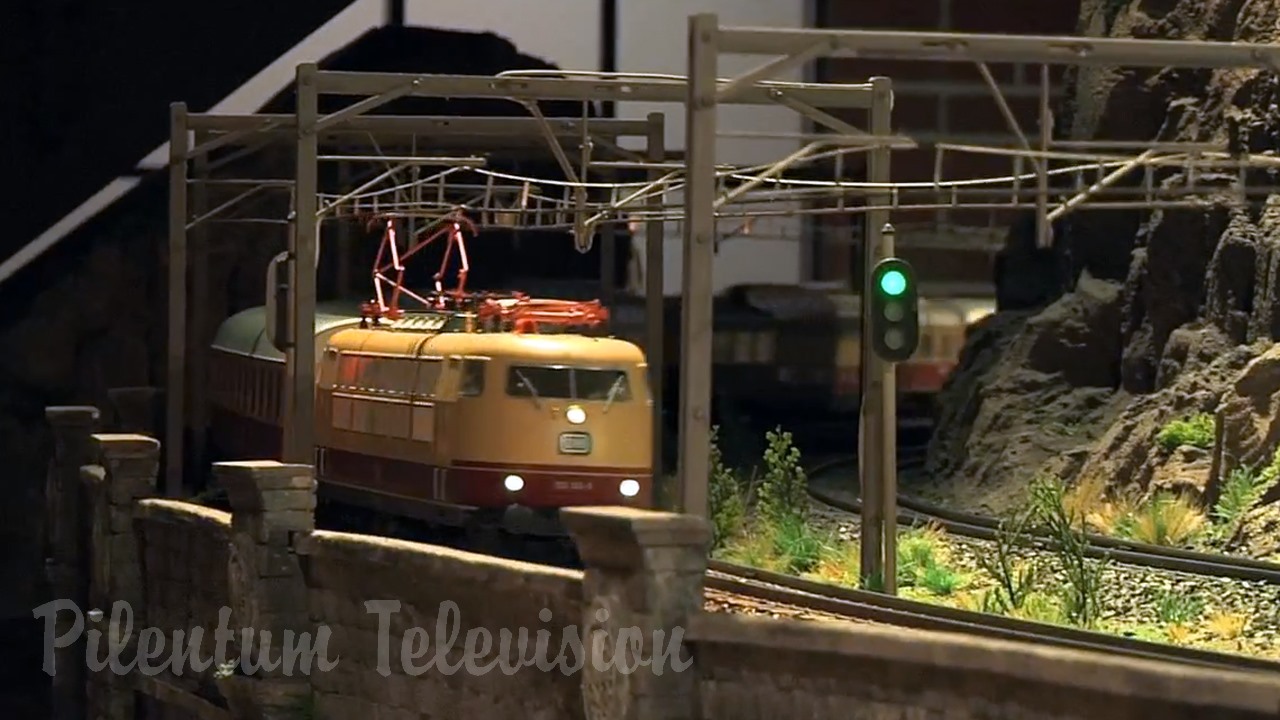 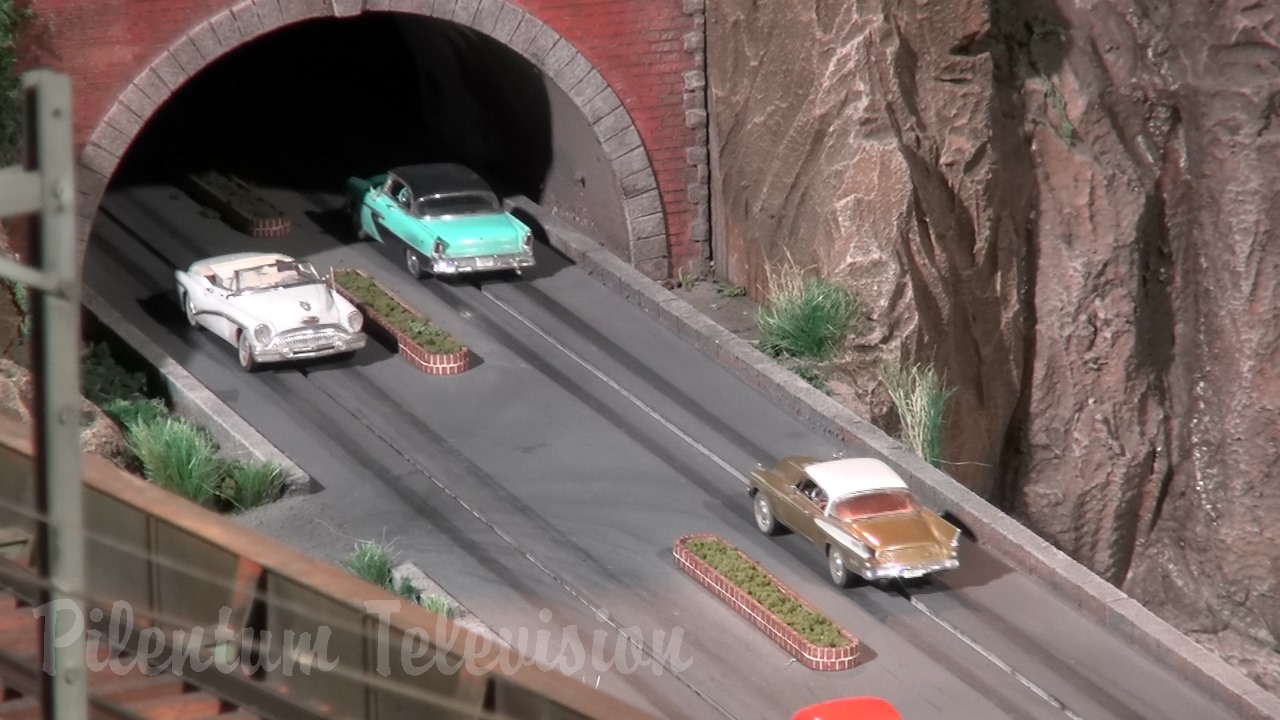 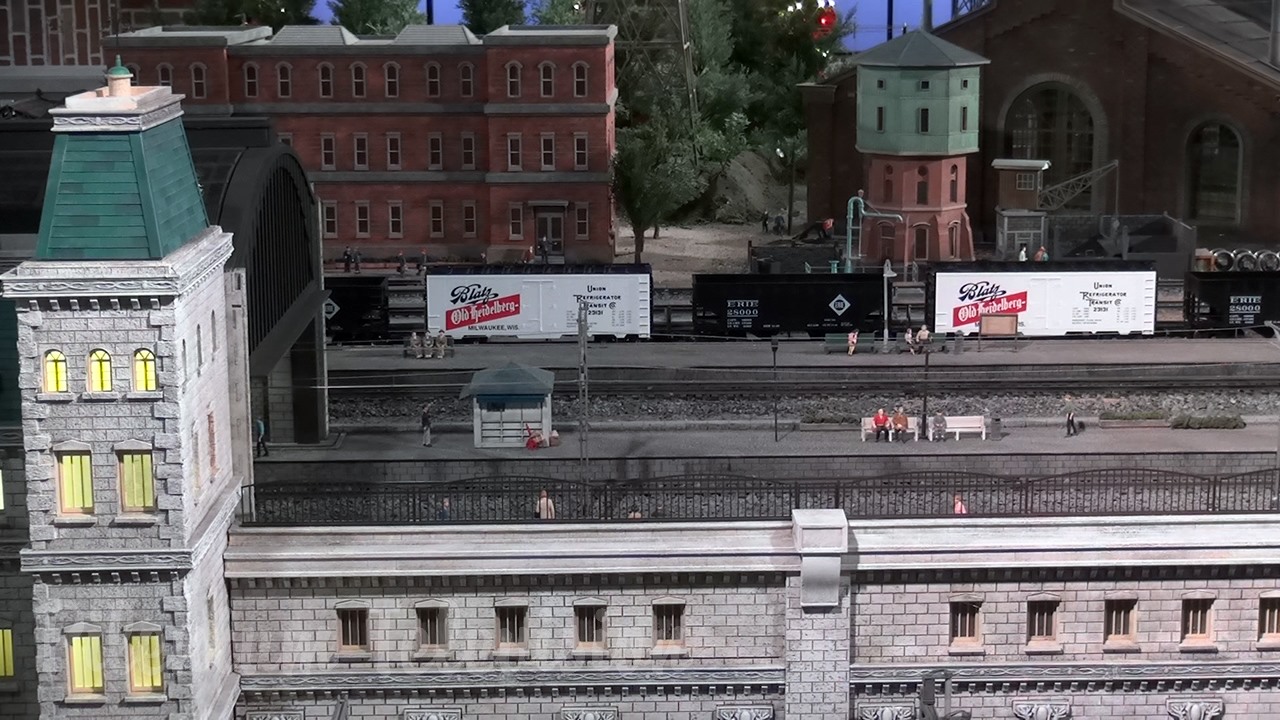 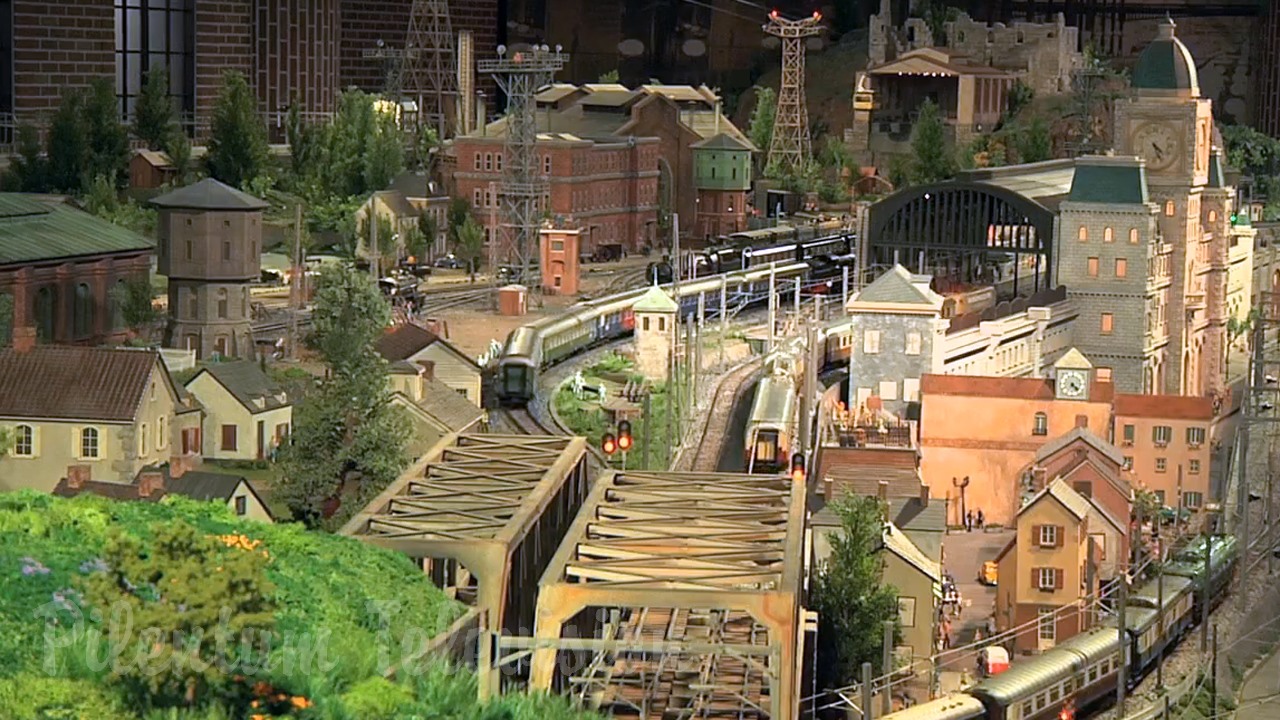 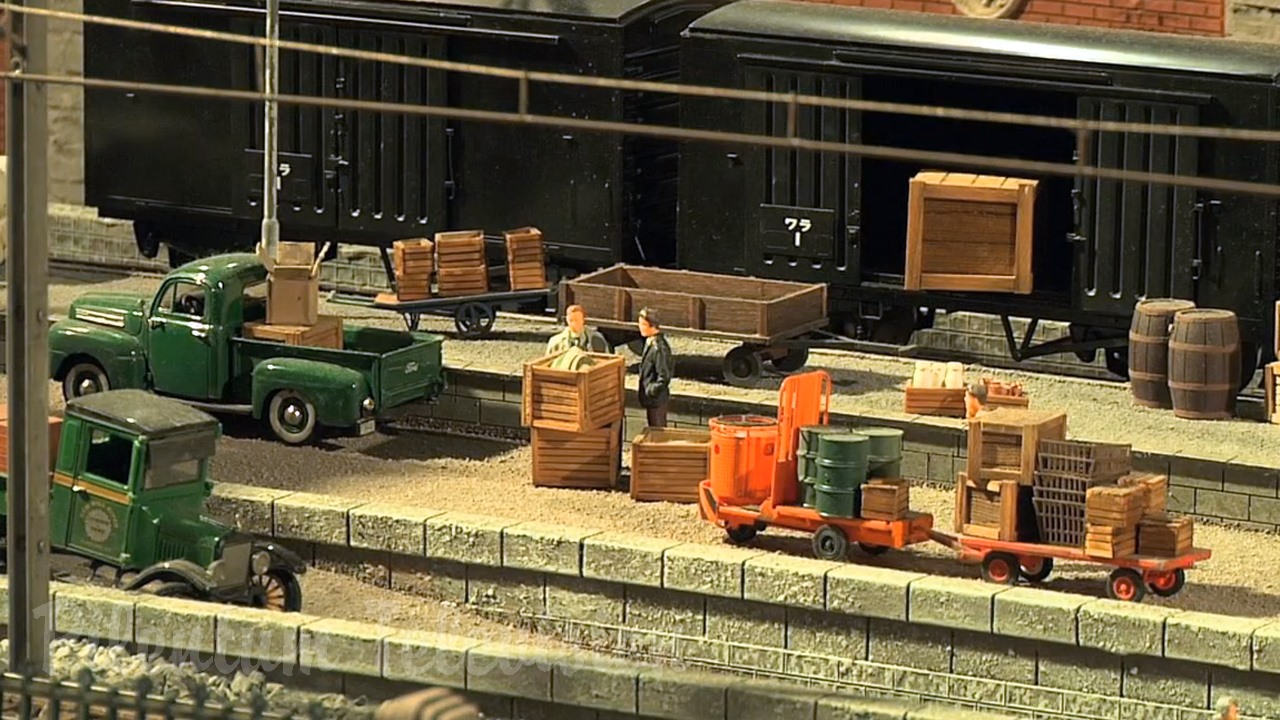 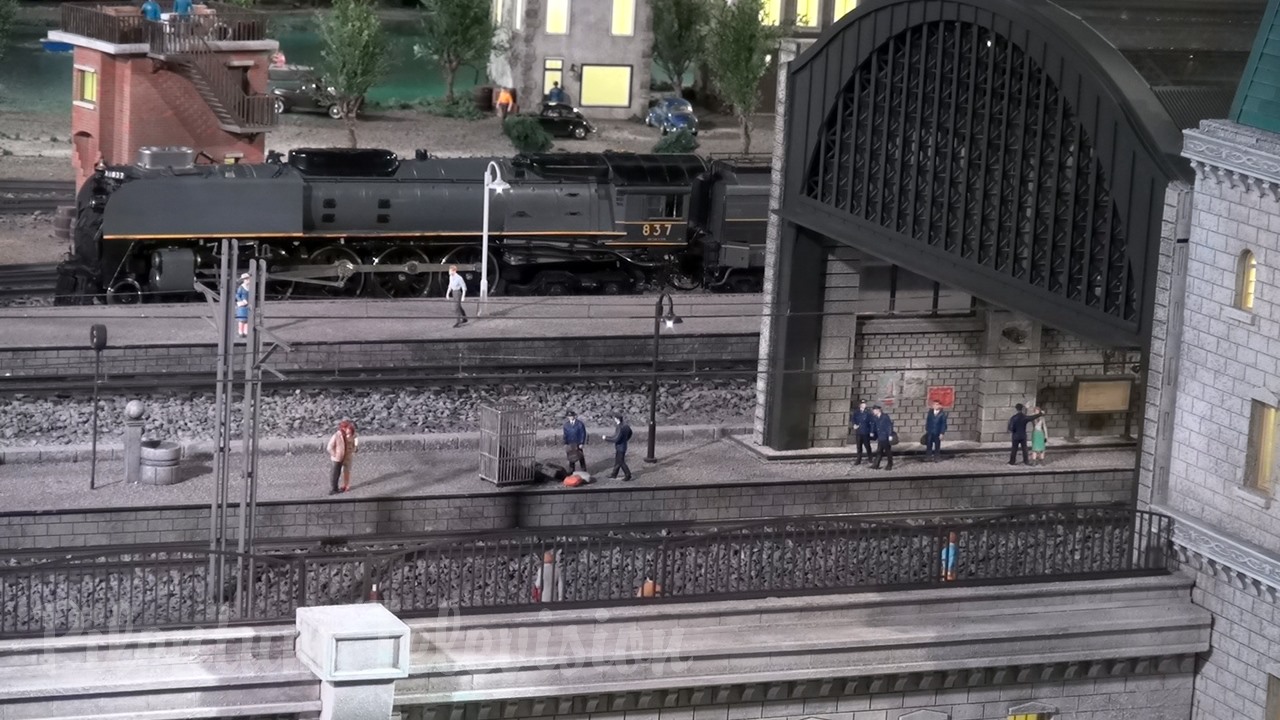 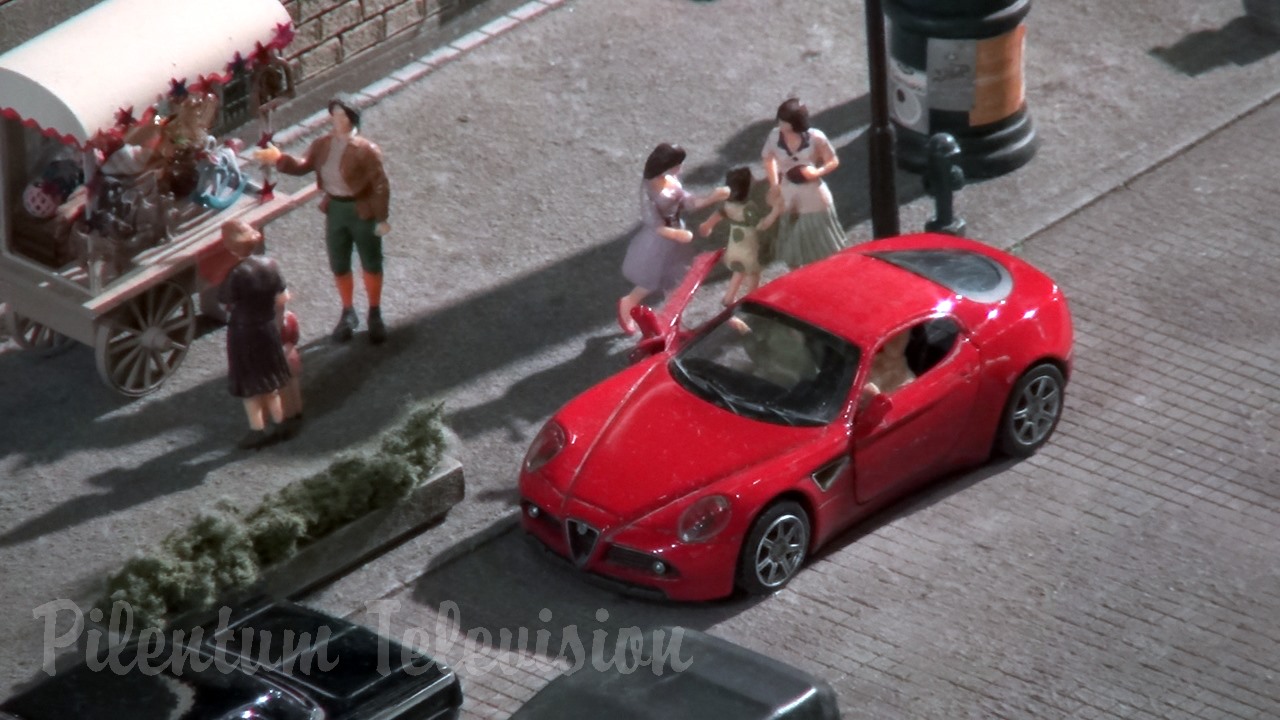 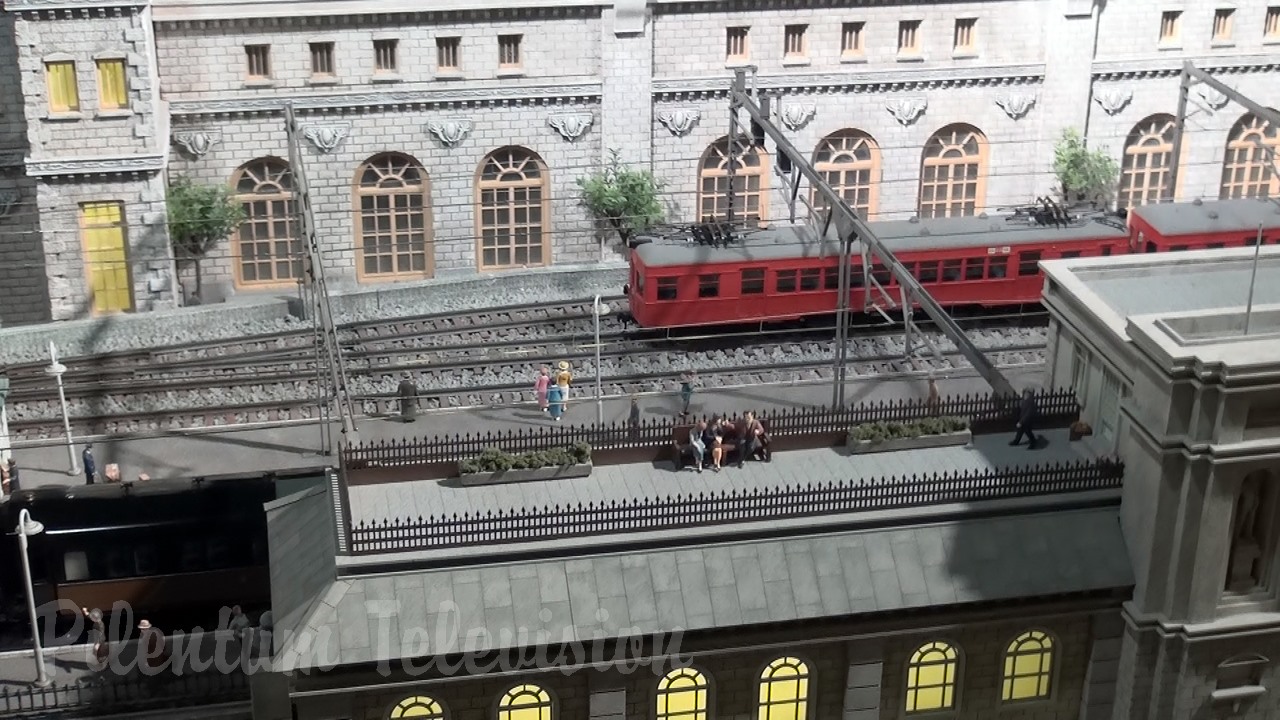 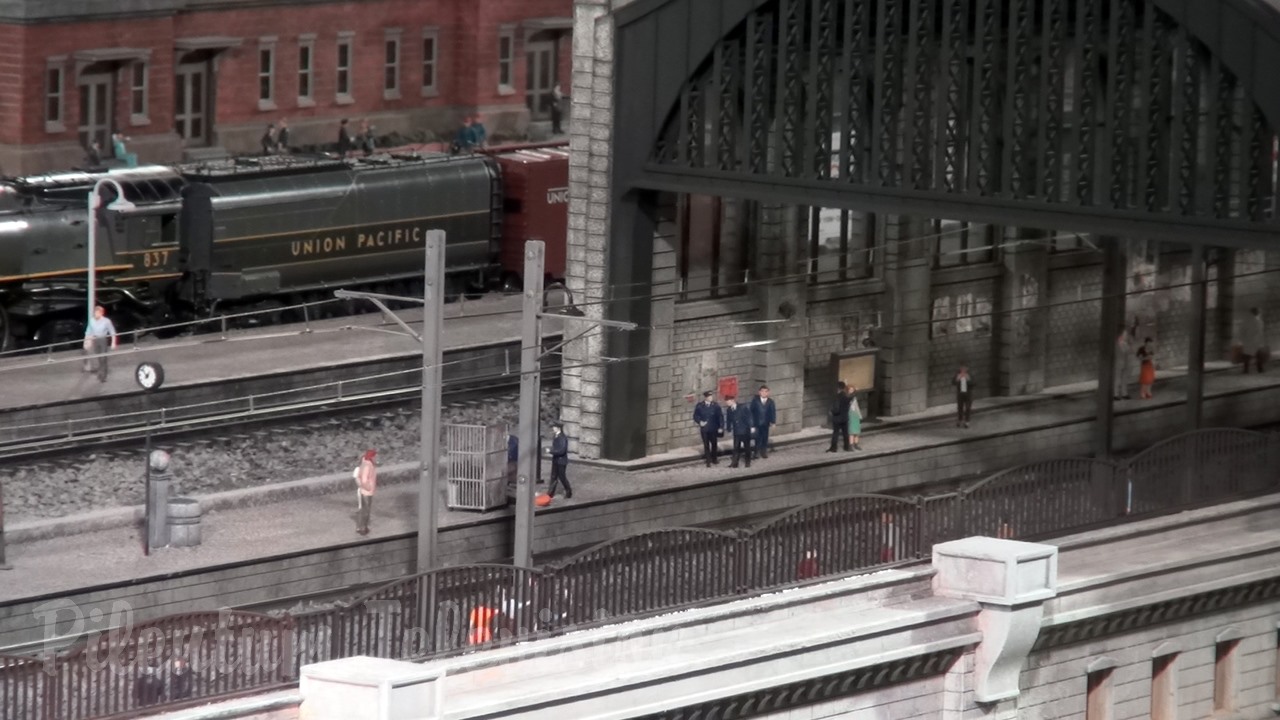 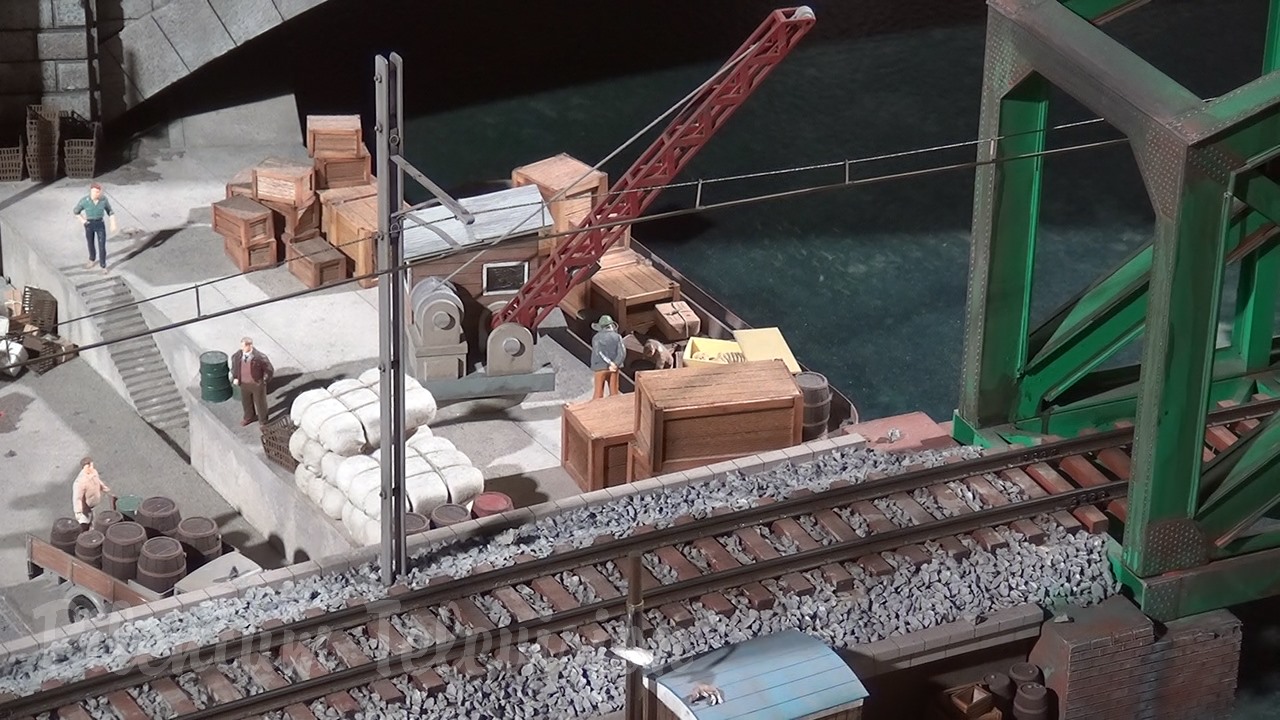