Still one of the most realistic British model railway layouts: Knaresborough - The Worlds End 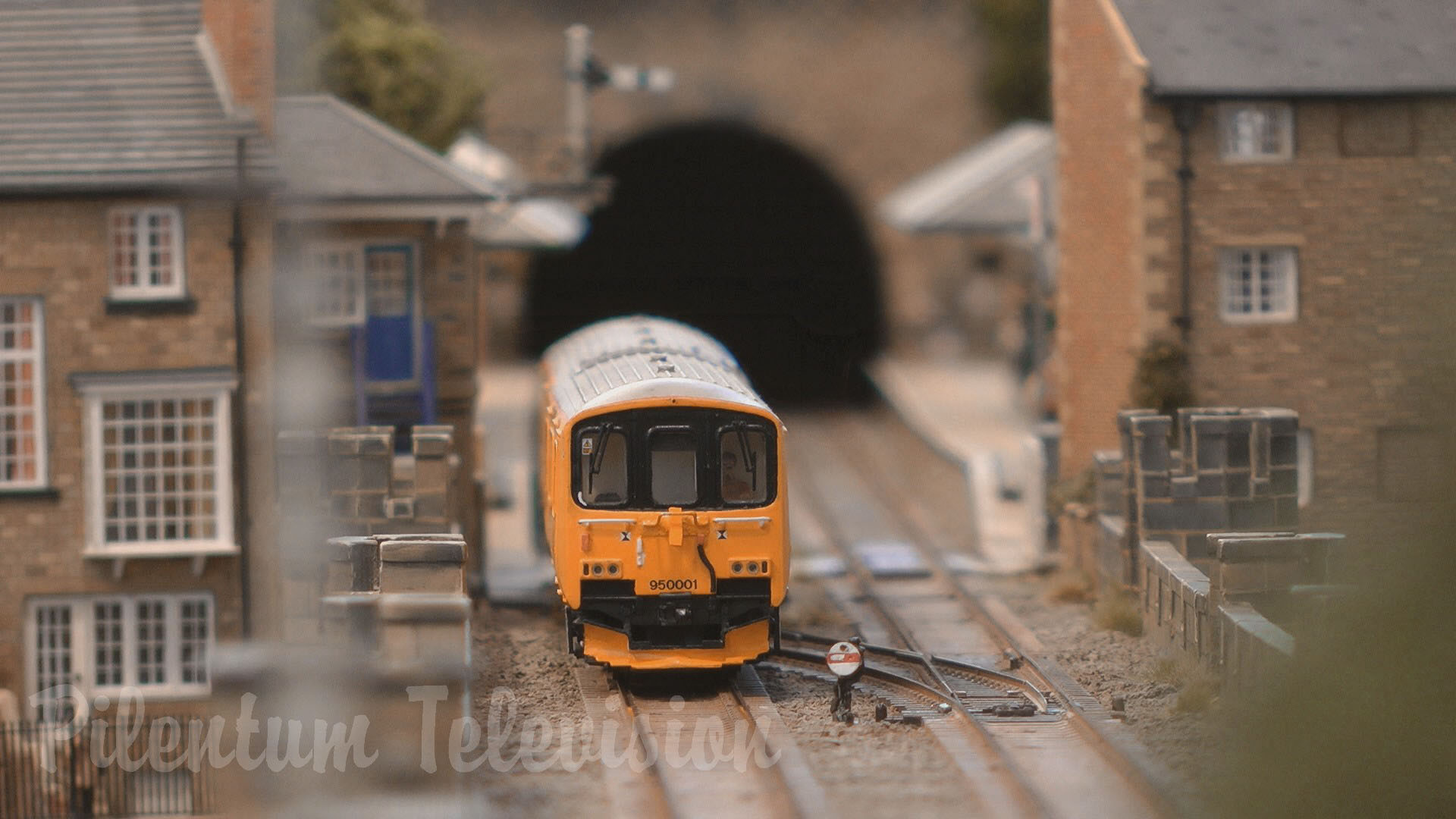 This British model railway layout is based on the North Yorkshire market town of Knaresborough, its railway station and surrounding area. The modern image 4mm/ft scale model railway layout has been constructed by Pete Goss. The layout has only a simple branch line theme with trains running through the station on a twin track continuous circuit run. Also featured is the large stone built and ornate viaduct over the River Nidd which is around 5 feet long. The layout was set in the time period around 2005 to 2015, so the rolling stock includes the modern day colourfully liveried DMU’s and several long special model trains.

Modelling this miniature world was for Pete an exciting journey into authentic model building construction that produced an array of architecturally interesting buildings taken from High Street and Market Place in the town centre together with parts of Finkle Street, Kirkgate, Waterside, Riverside and Water Bag Bank. The name “Worlds End” refers to the pub that features at the front of this layout. Knaresborough’s railway station and town scene were already the subject of a video by Pilentum Television. However, this version is digitally remastered with authentic rail sounds and Pilentum’s unique musical melodies. 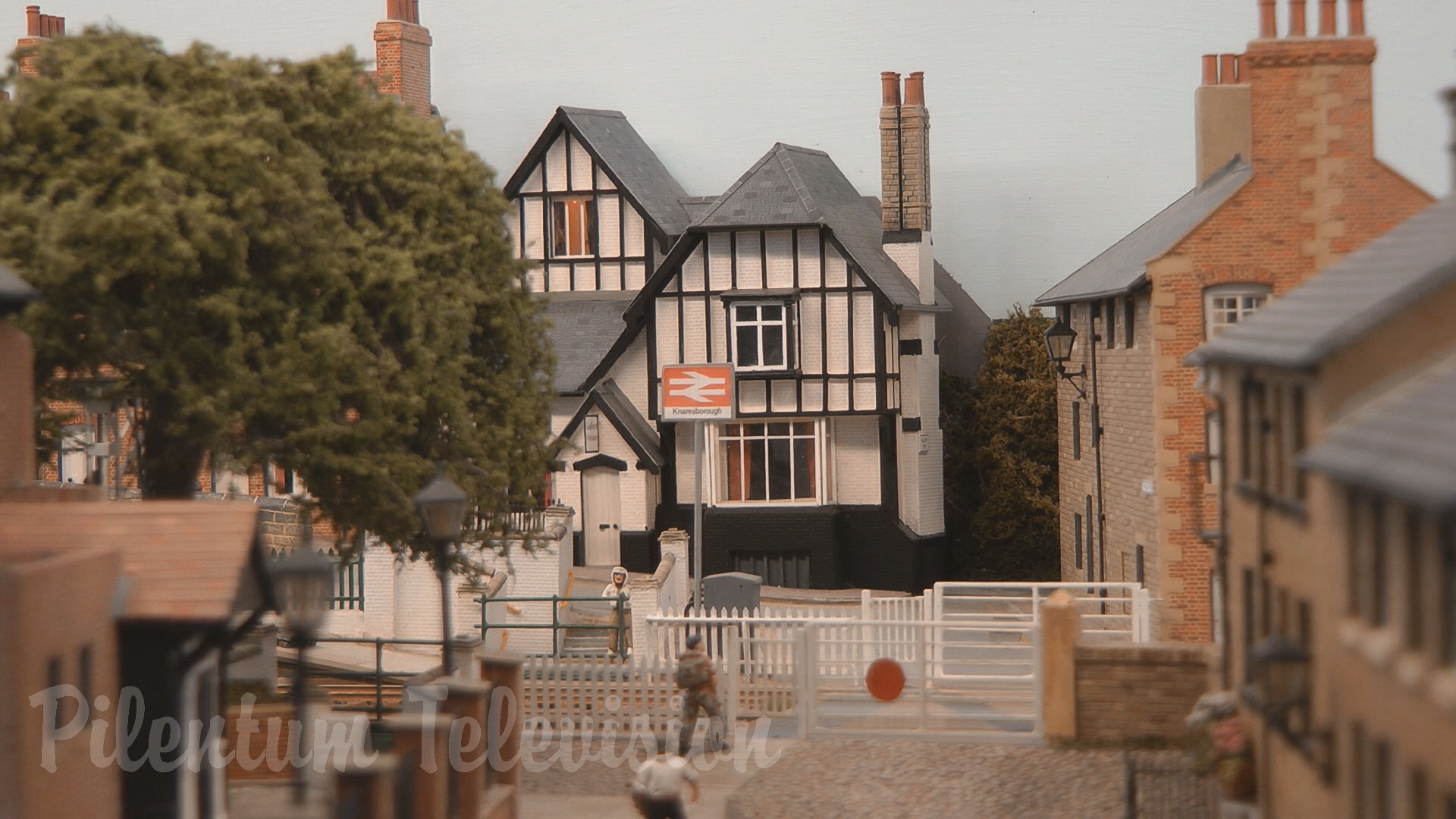 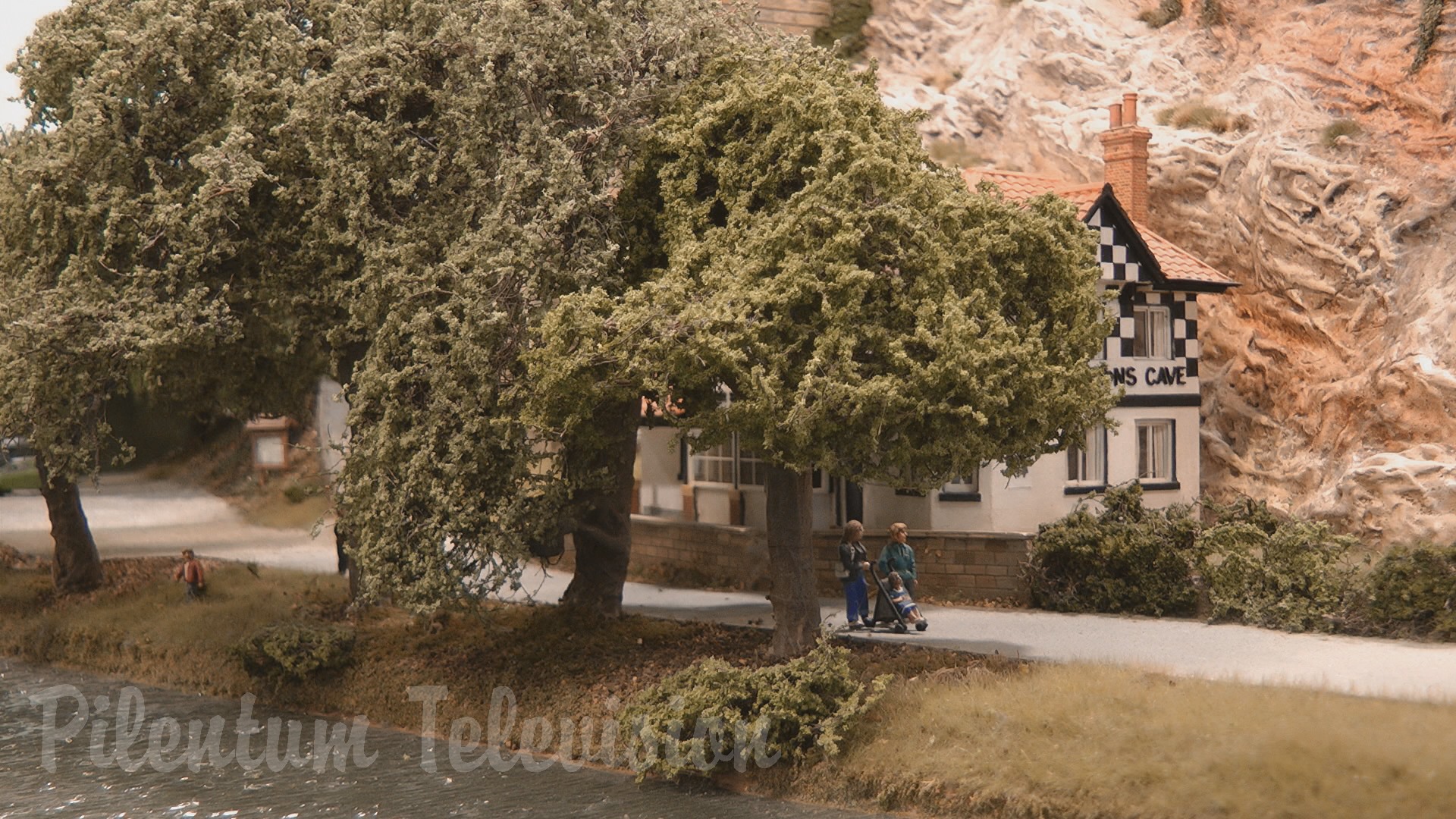 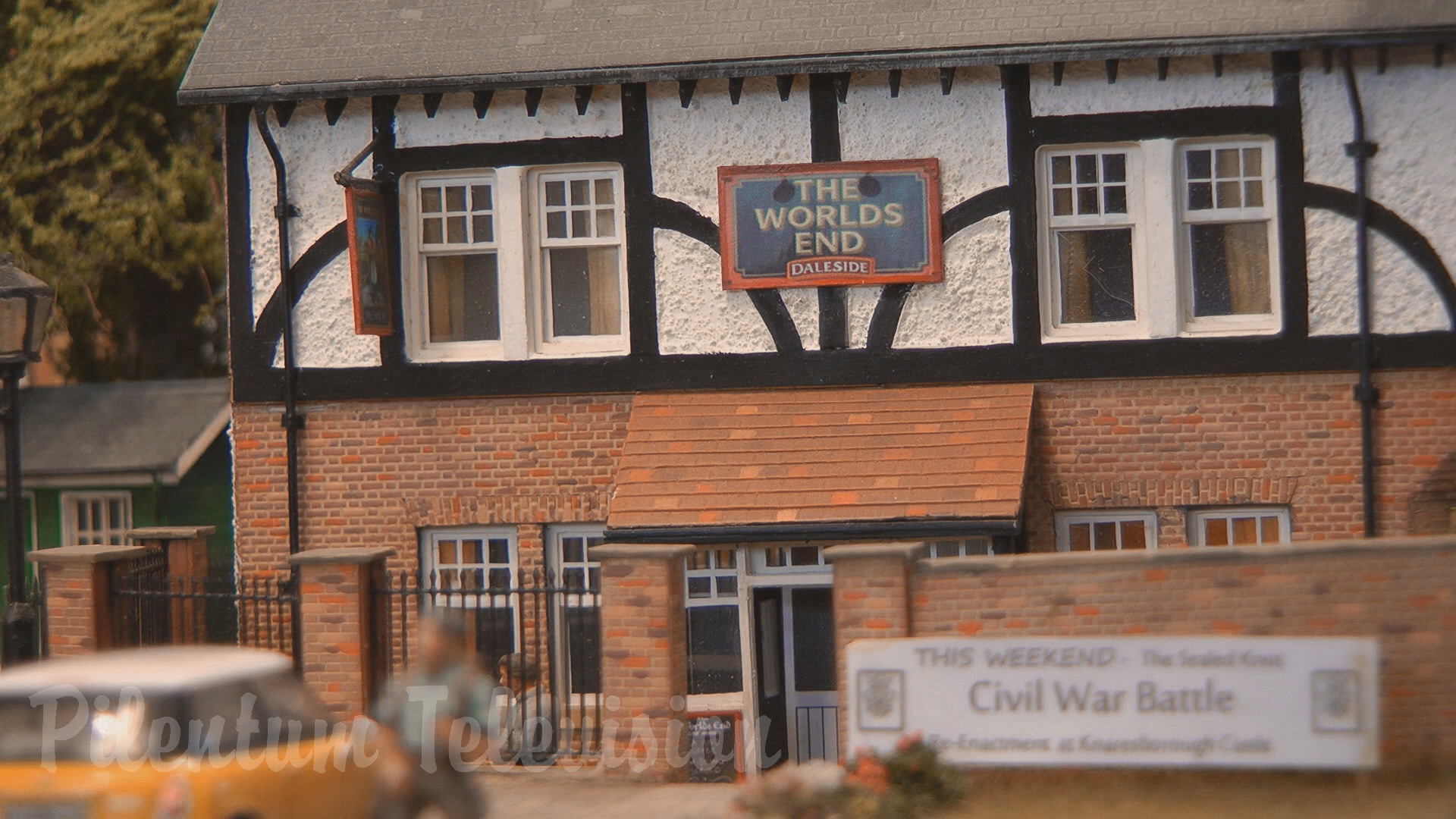 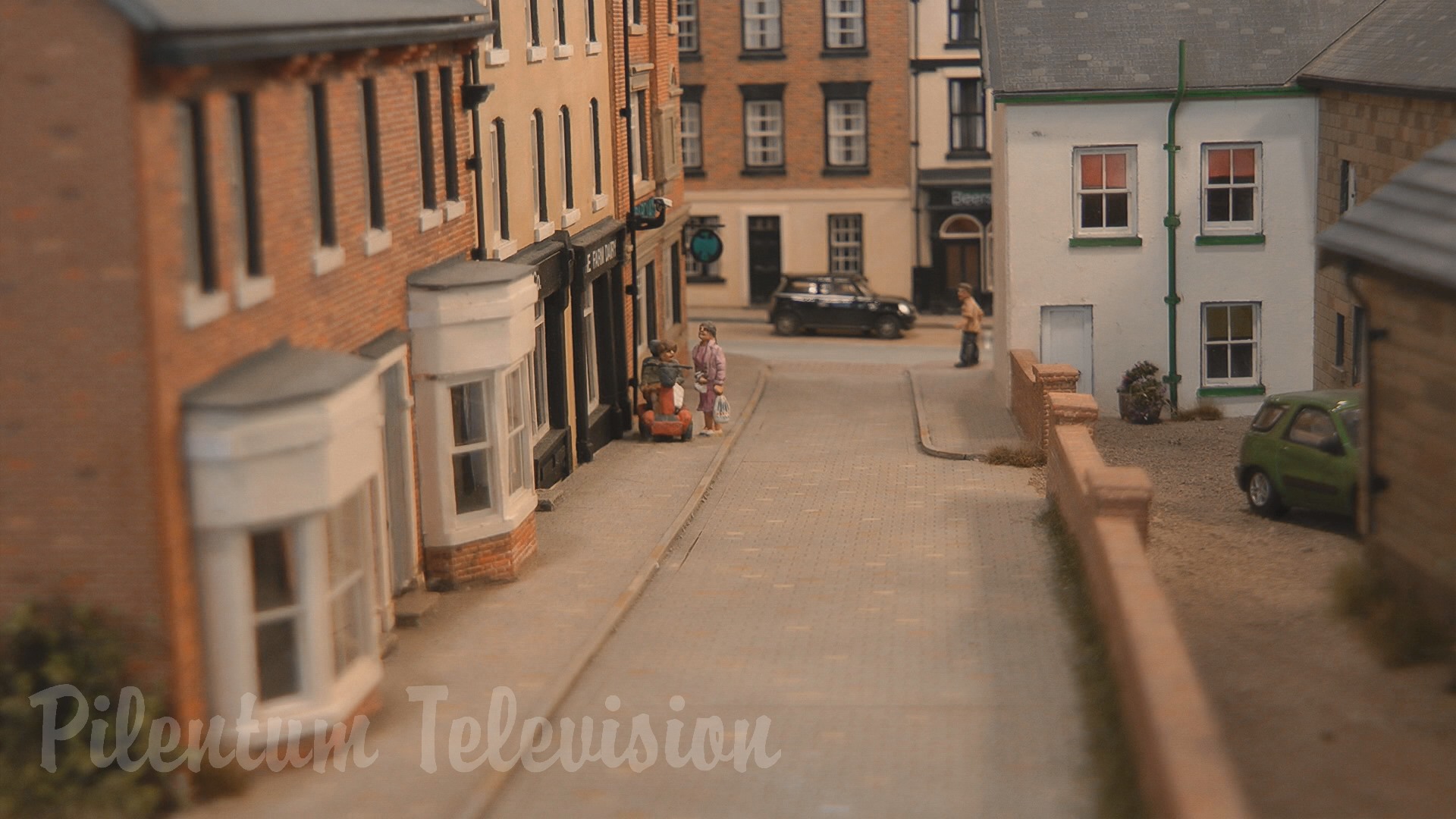 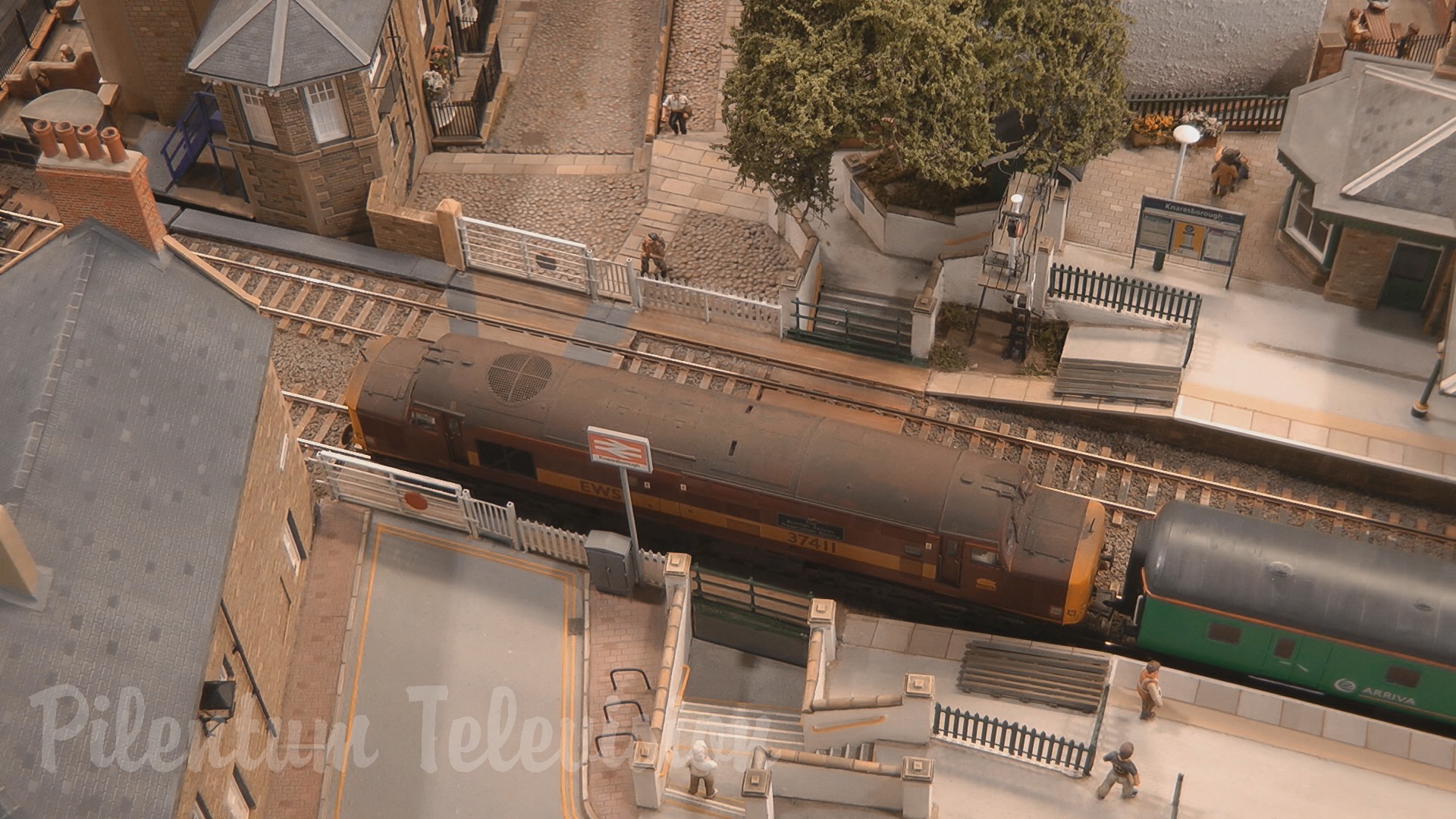 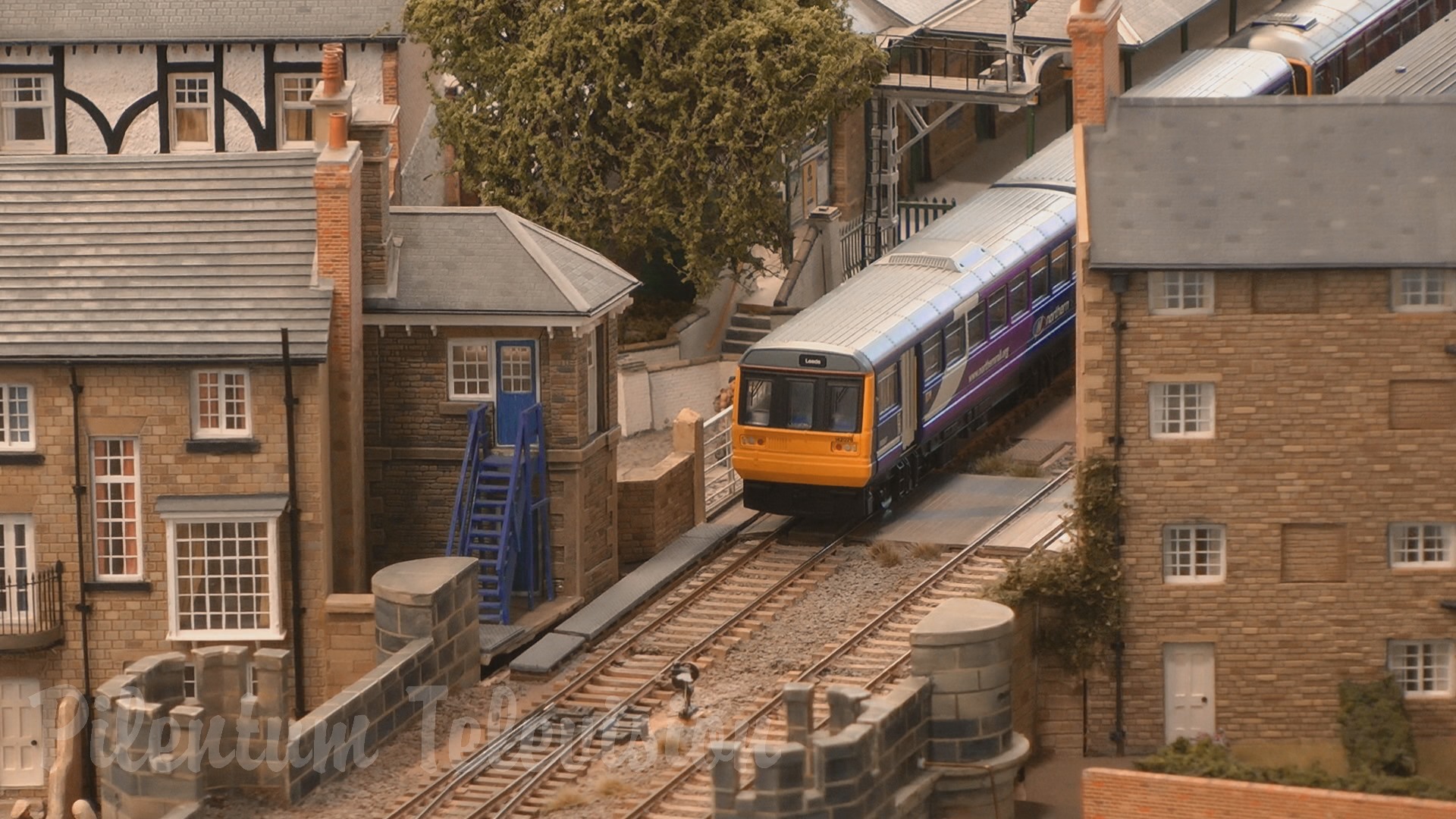 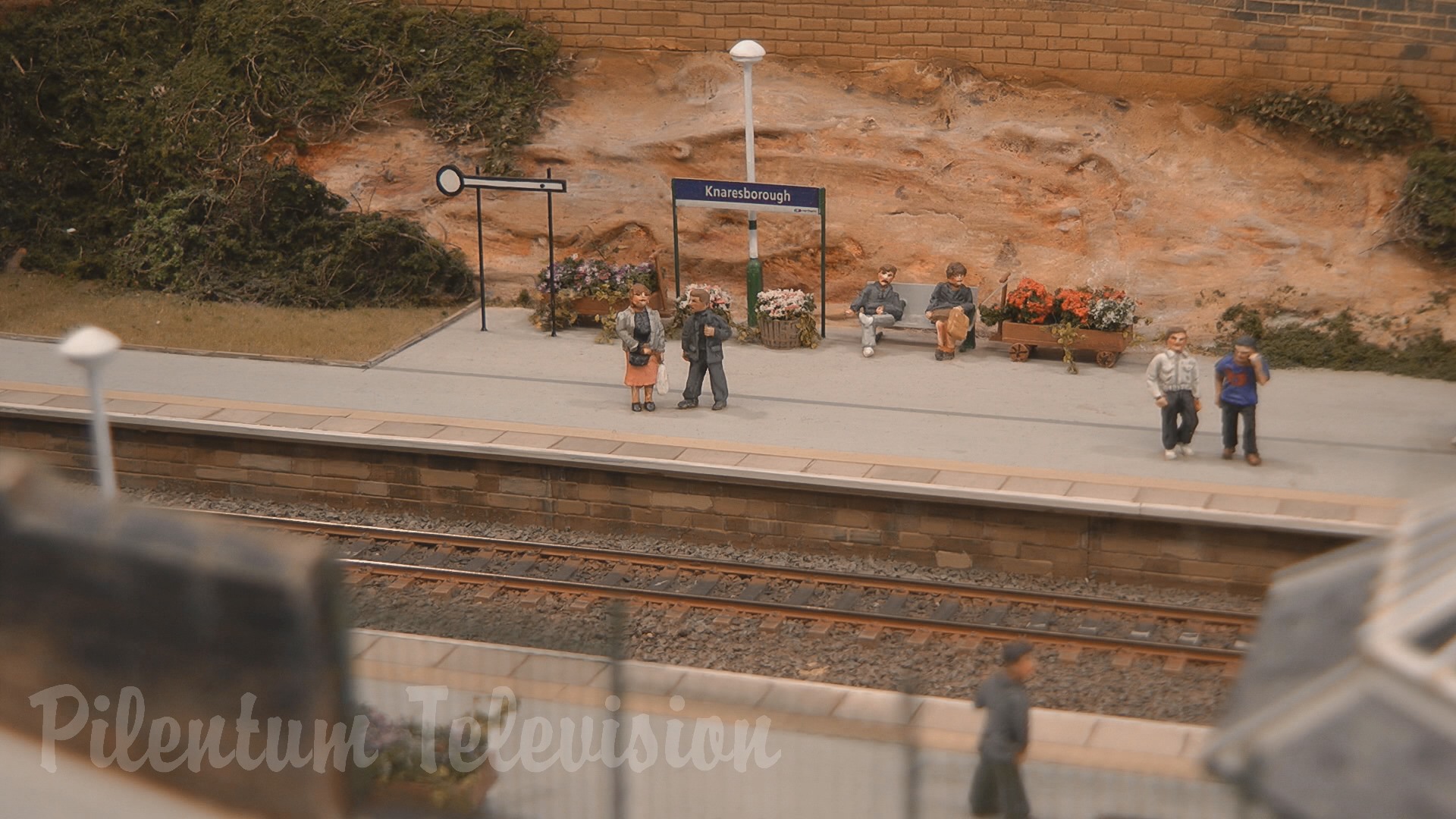 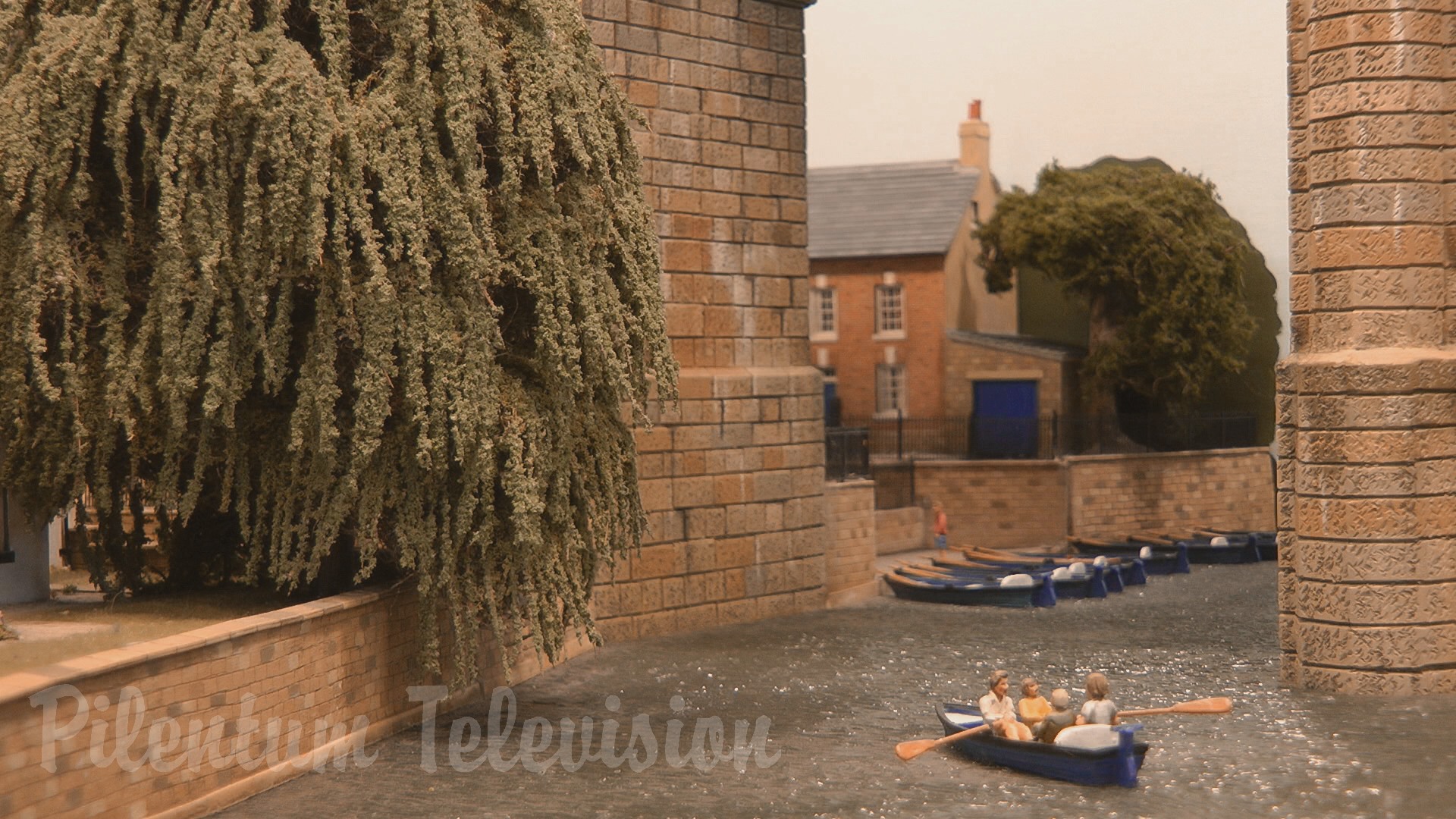 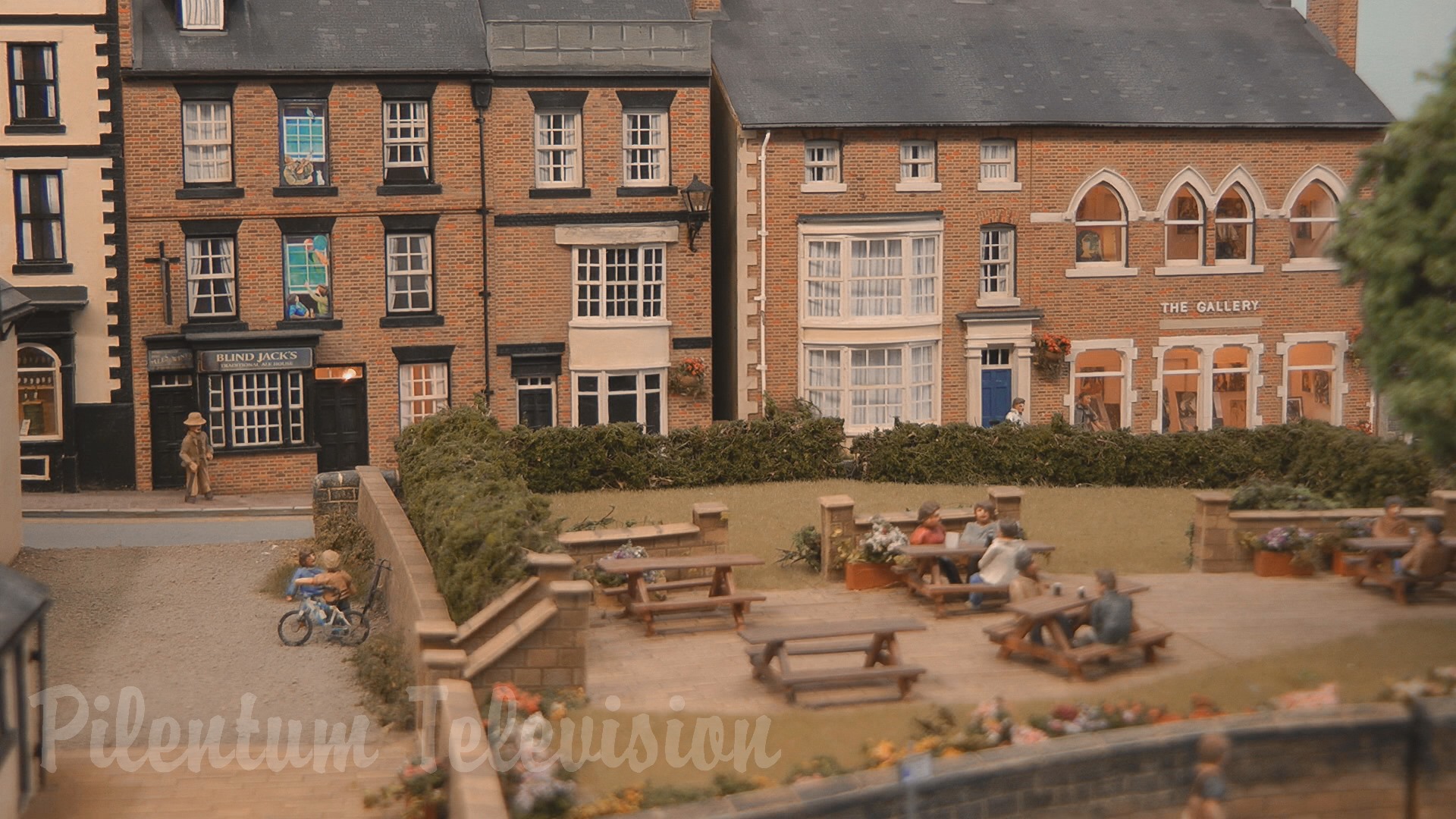 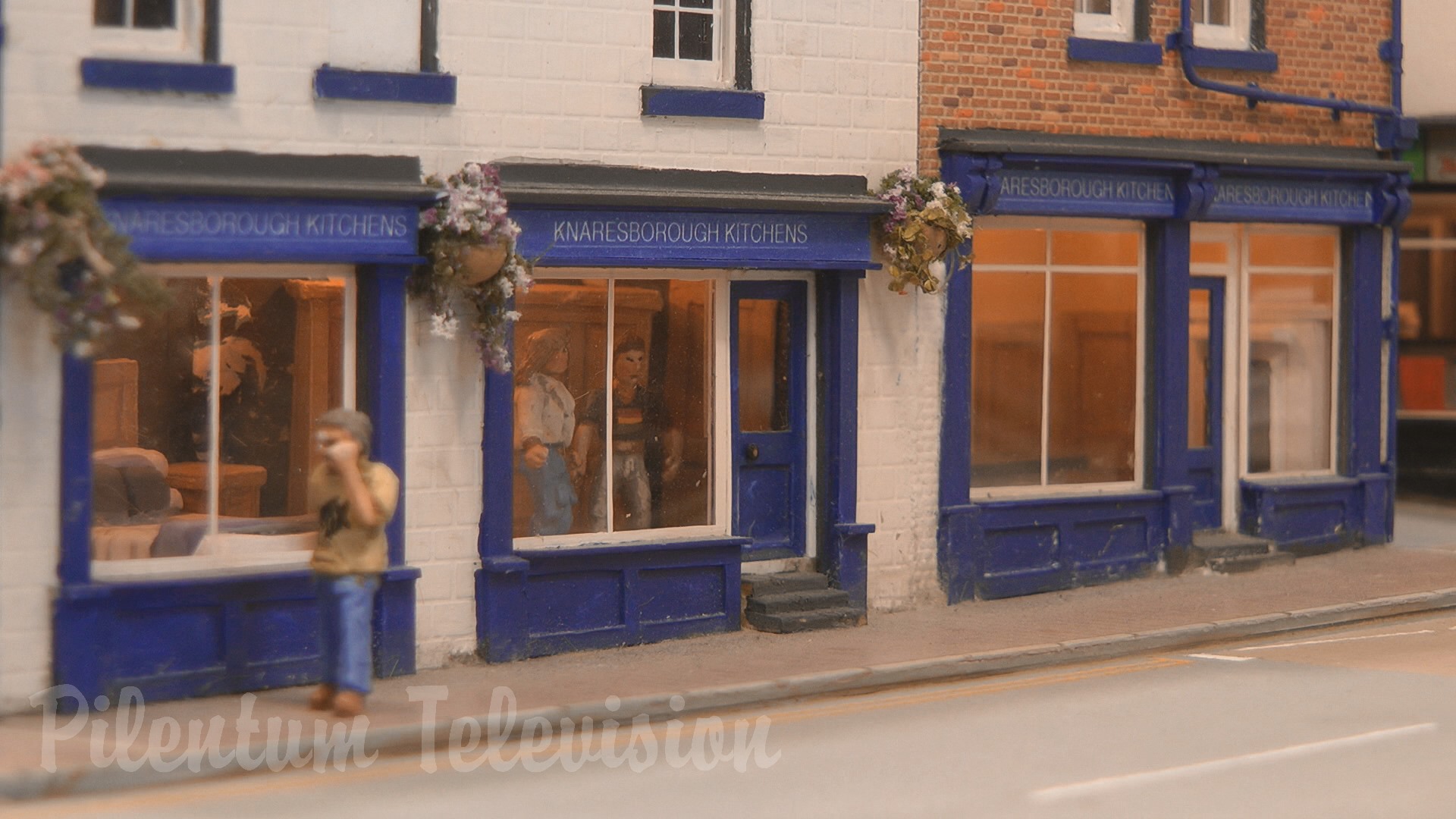 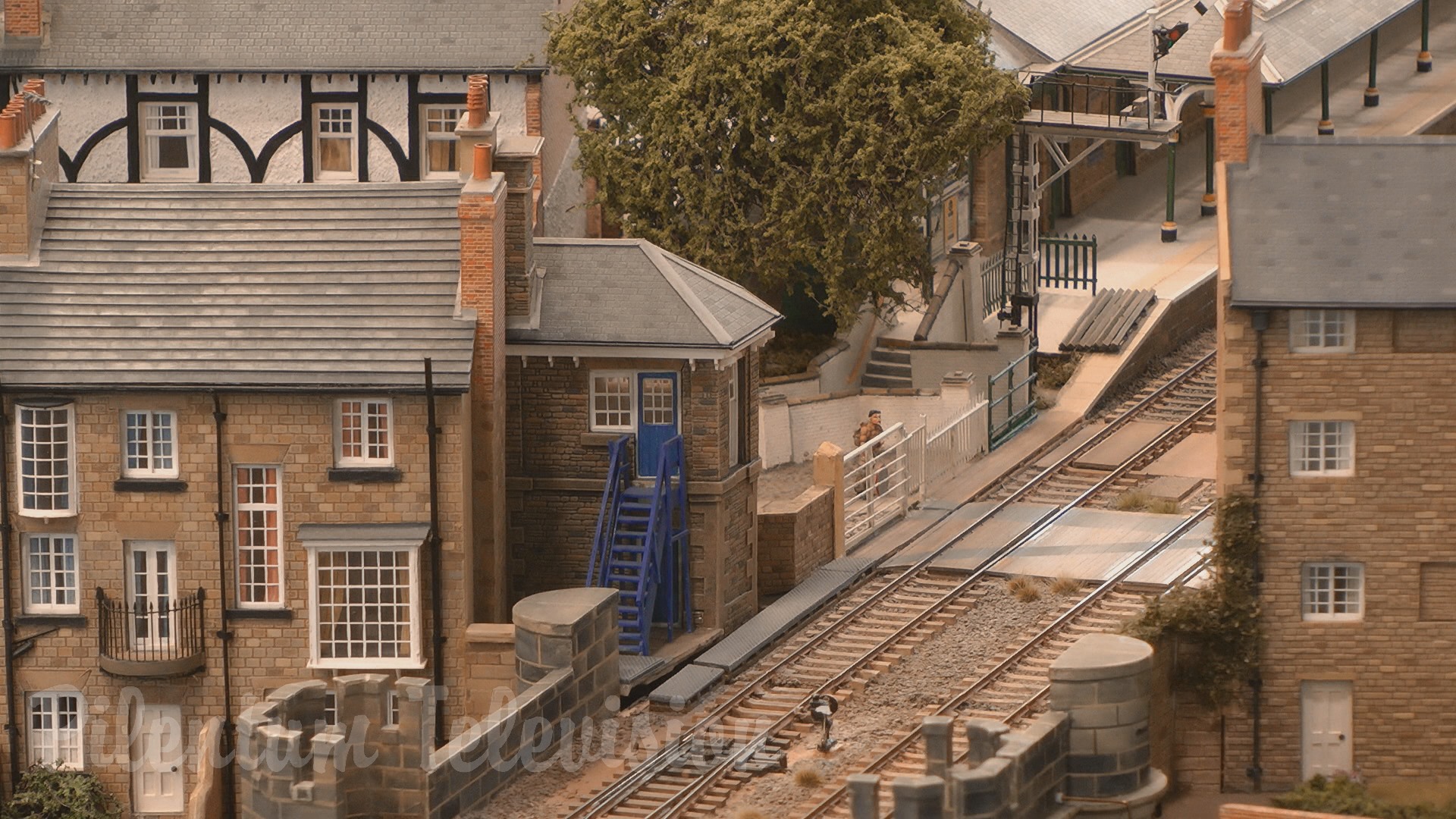 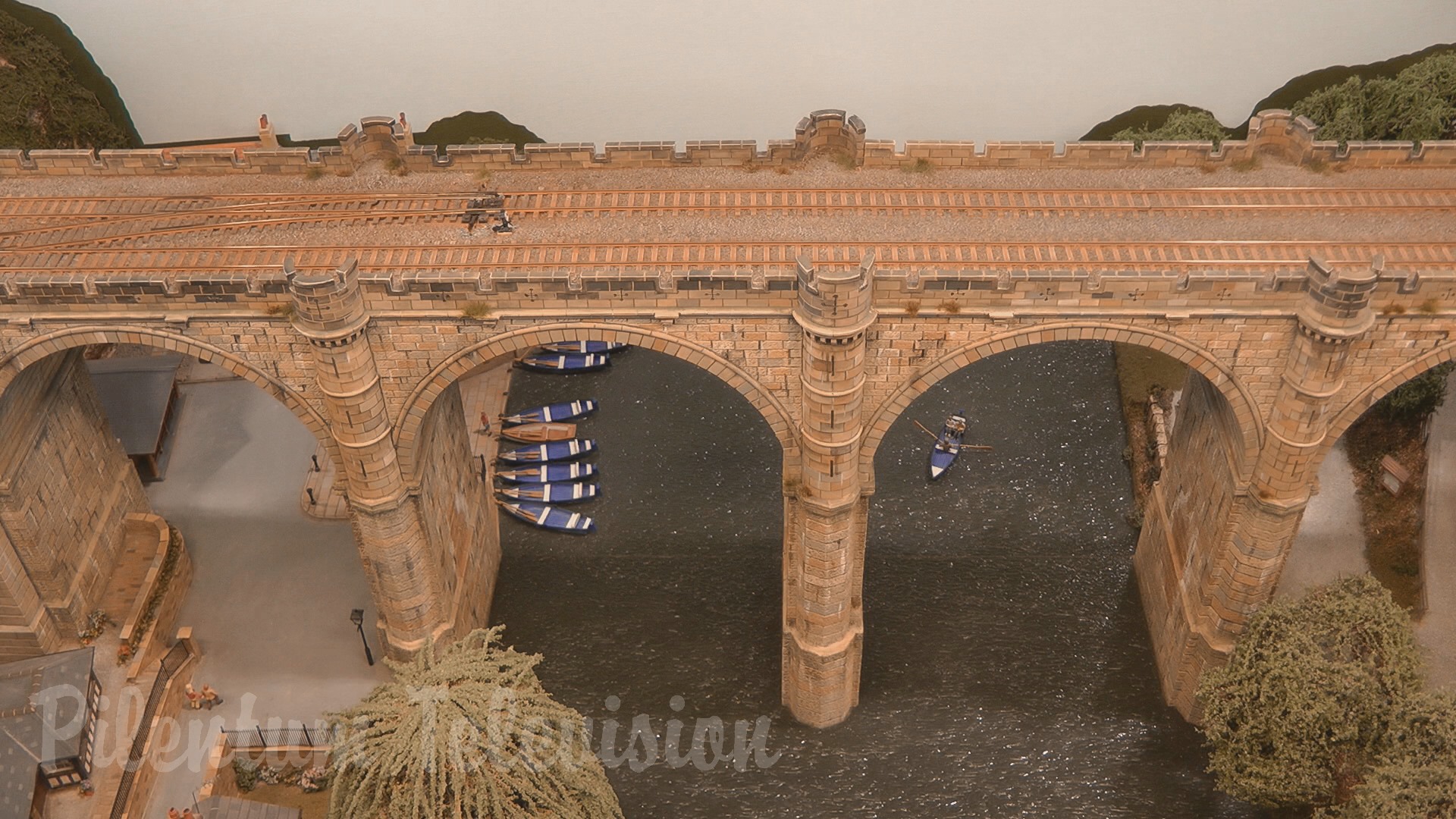 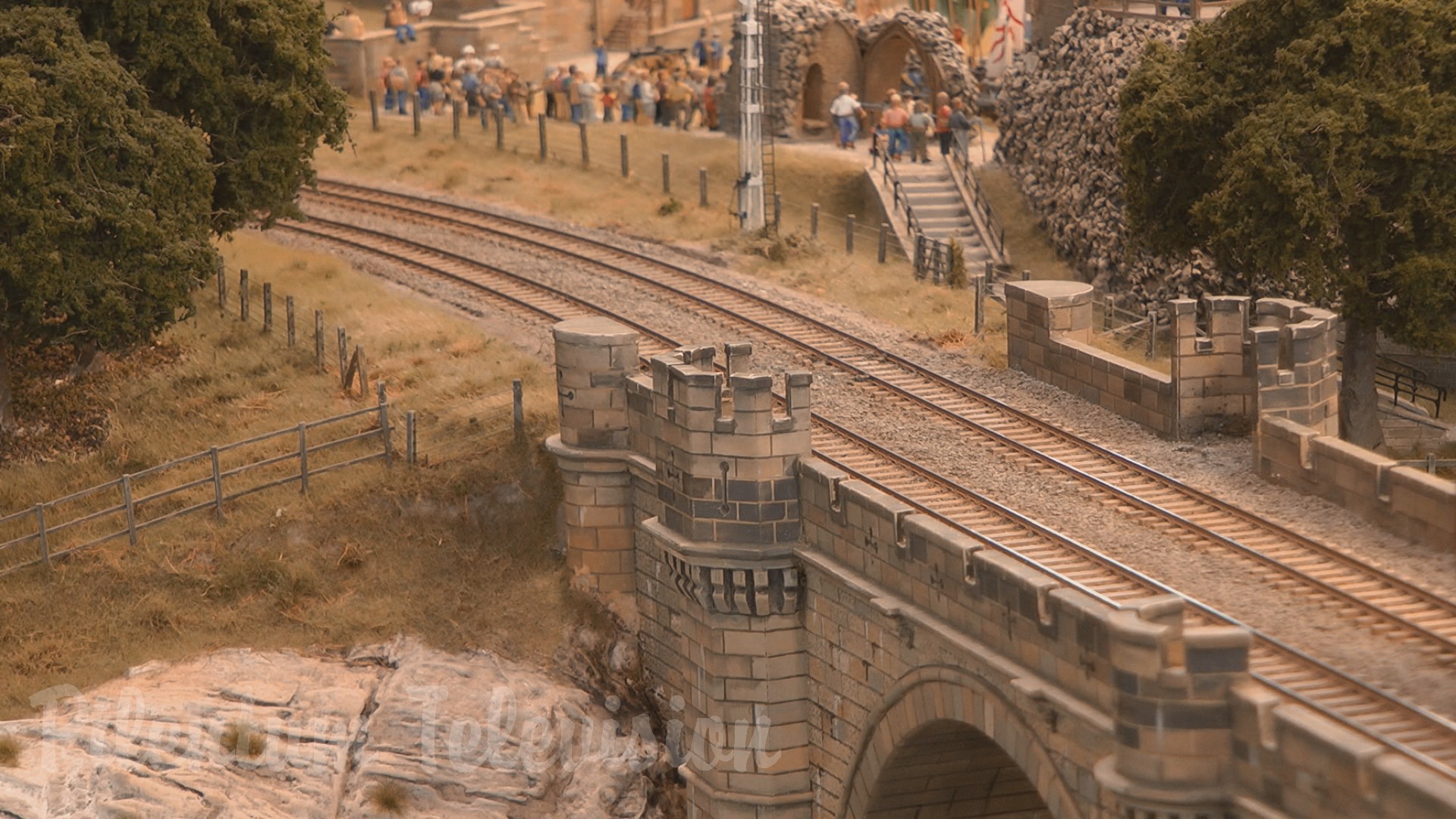 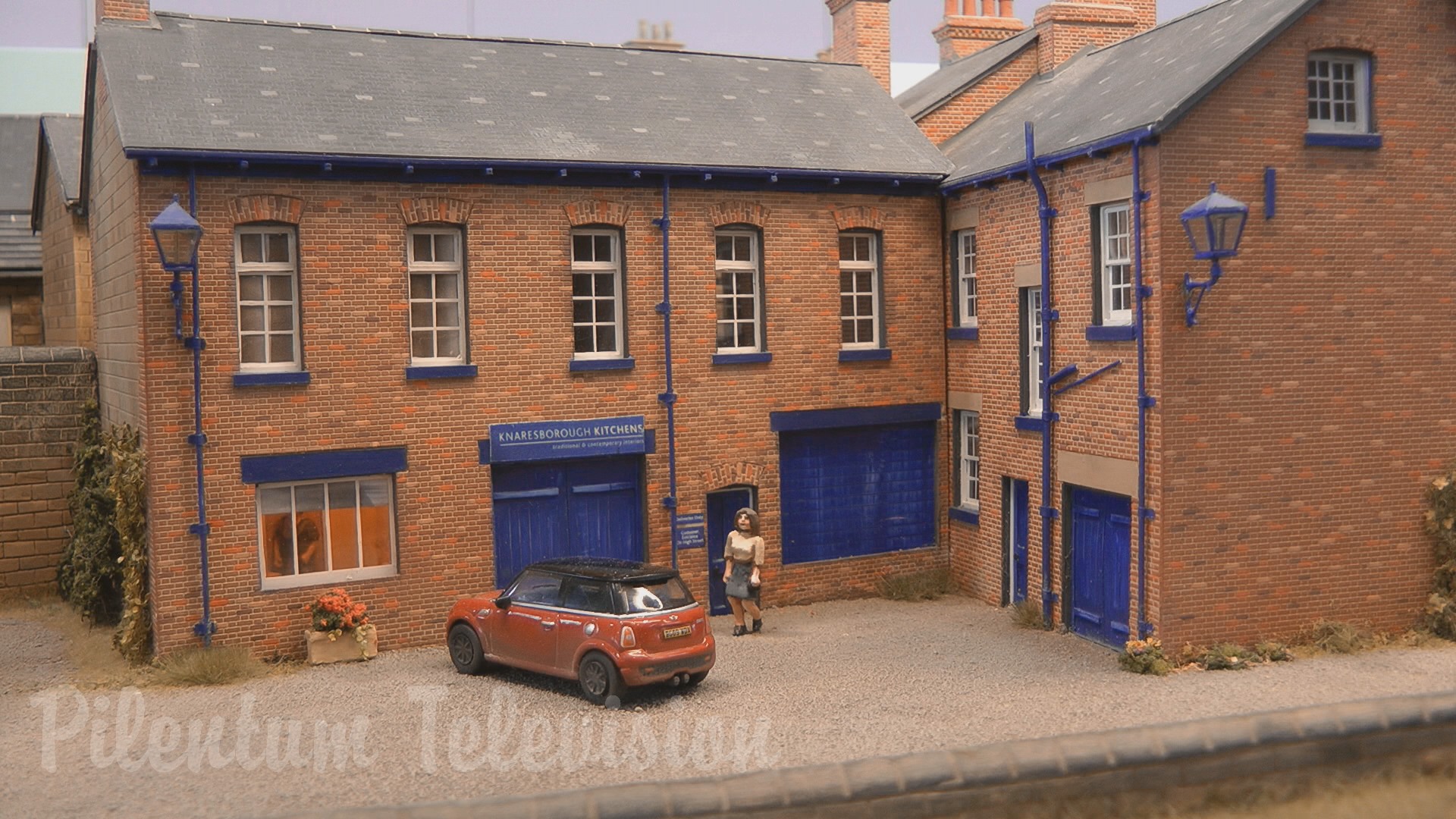 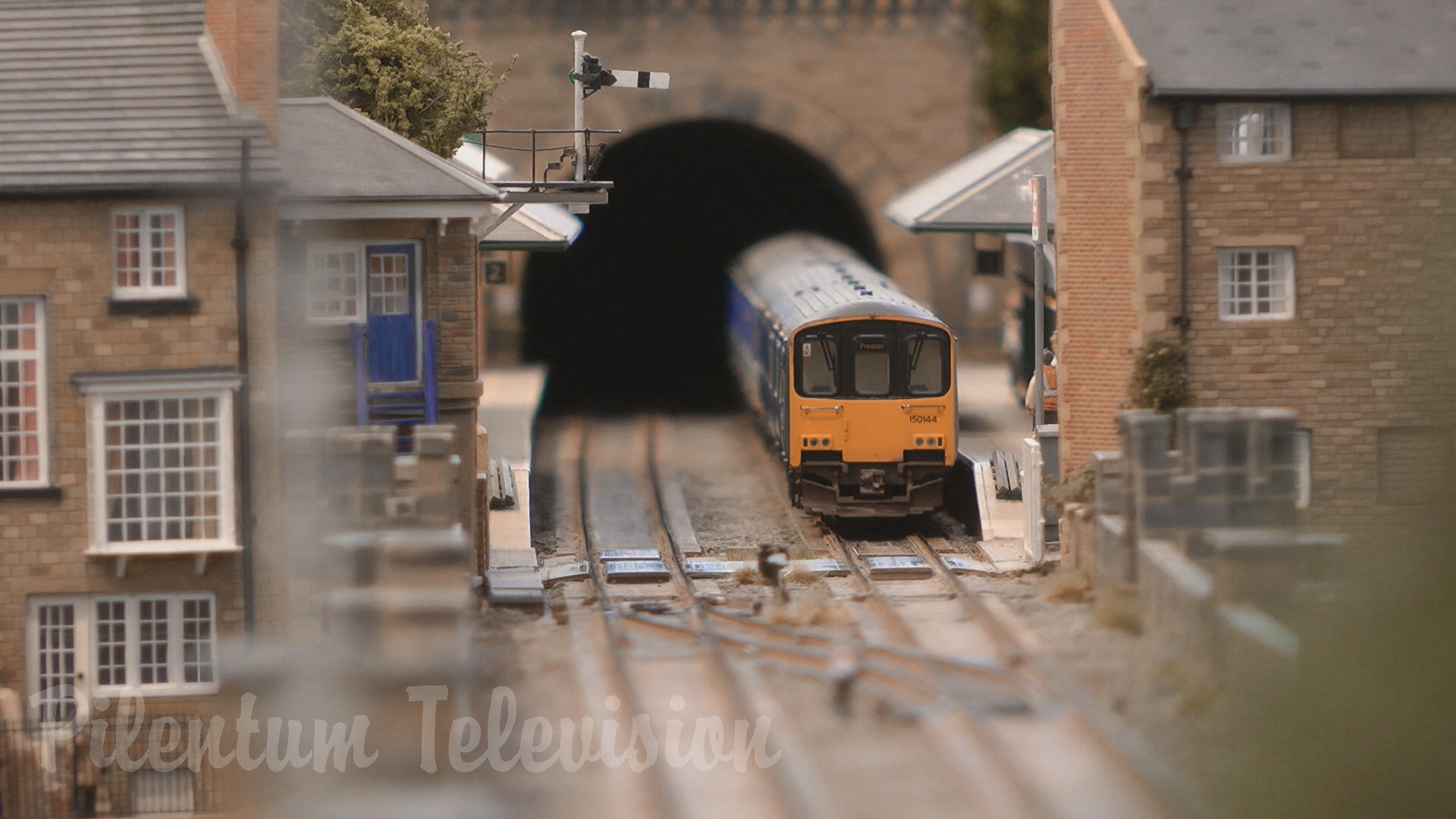 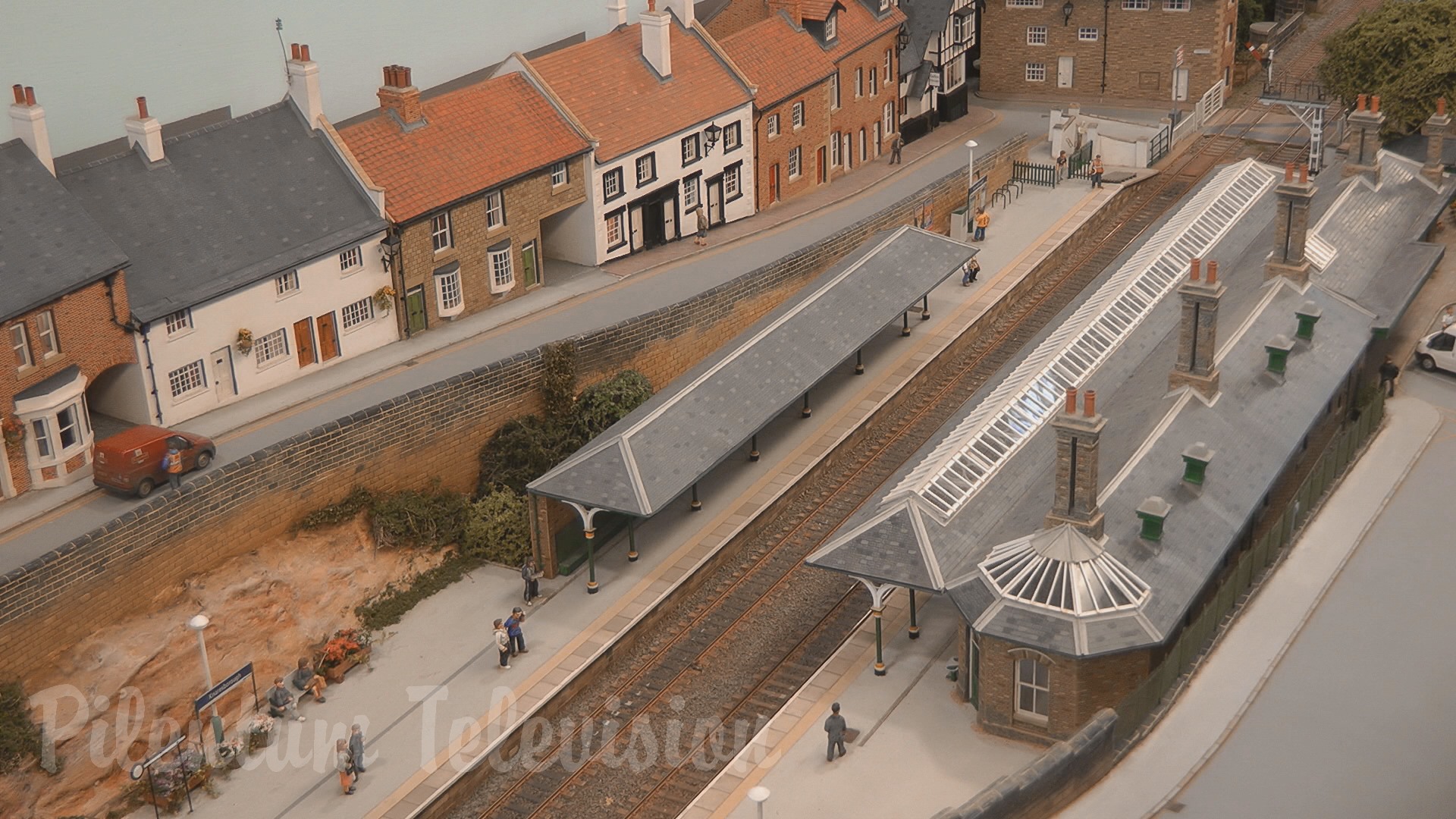 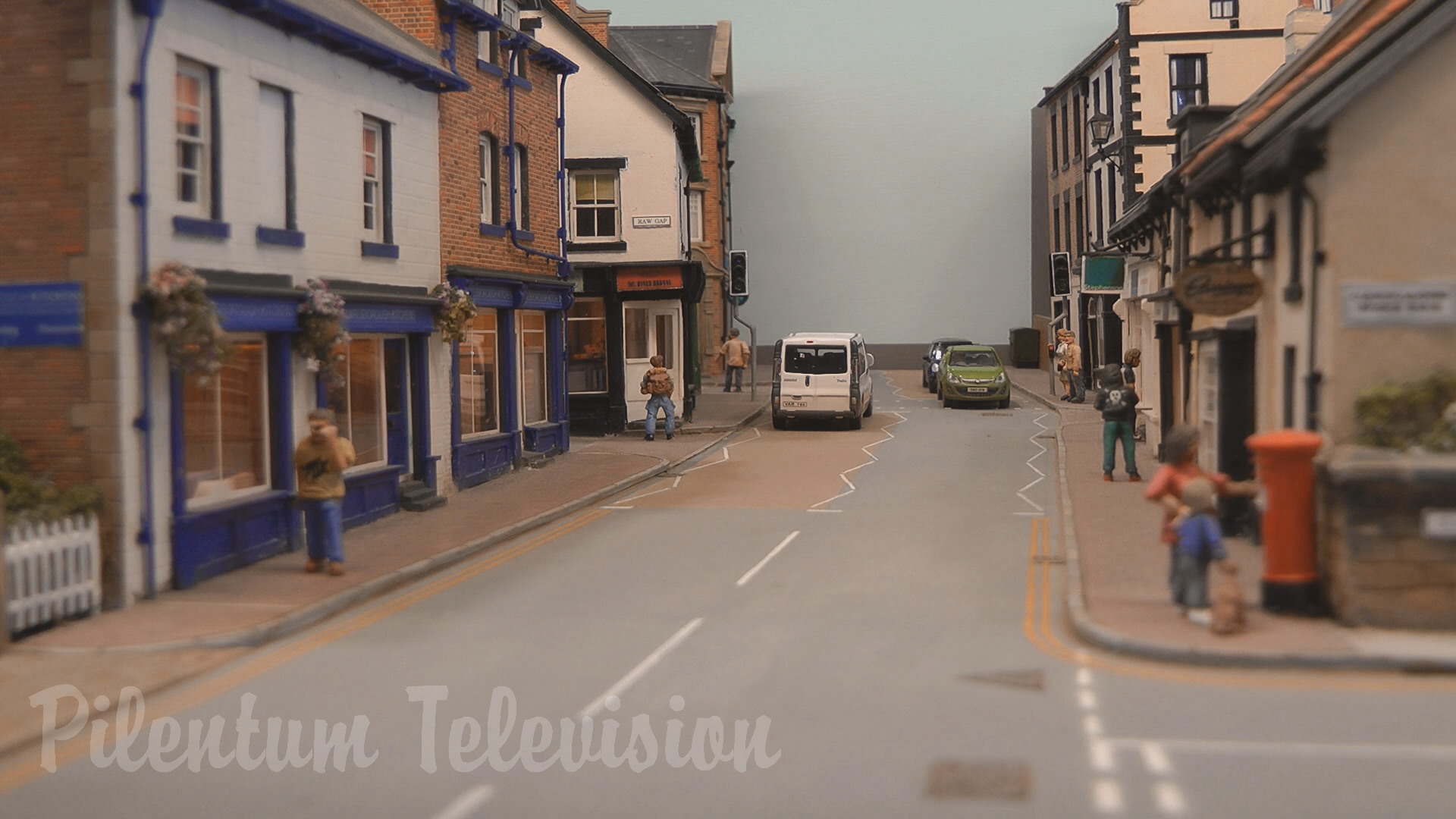 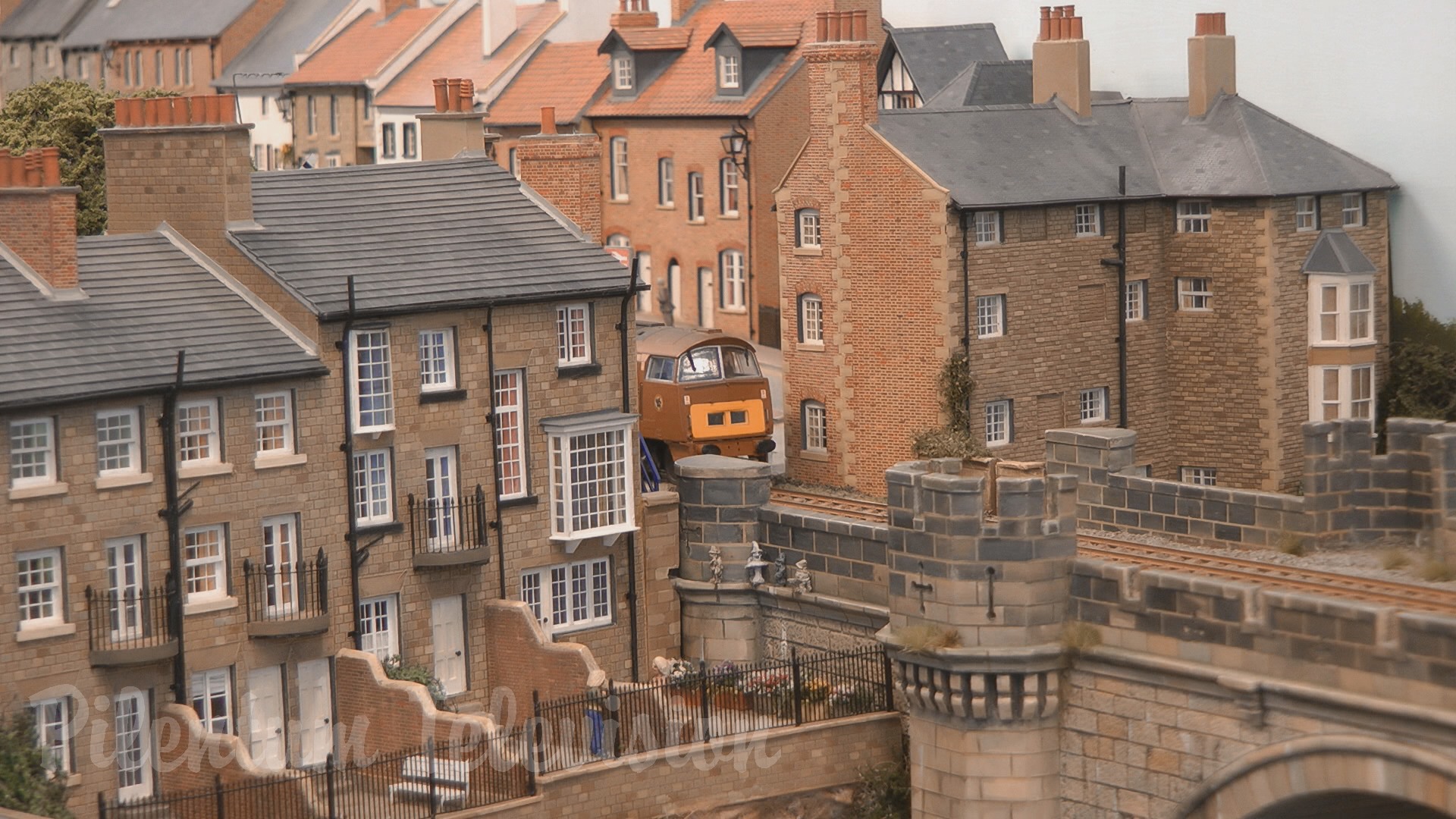 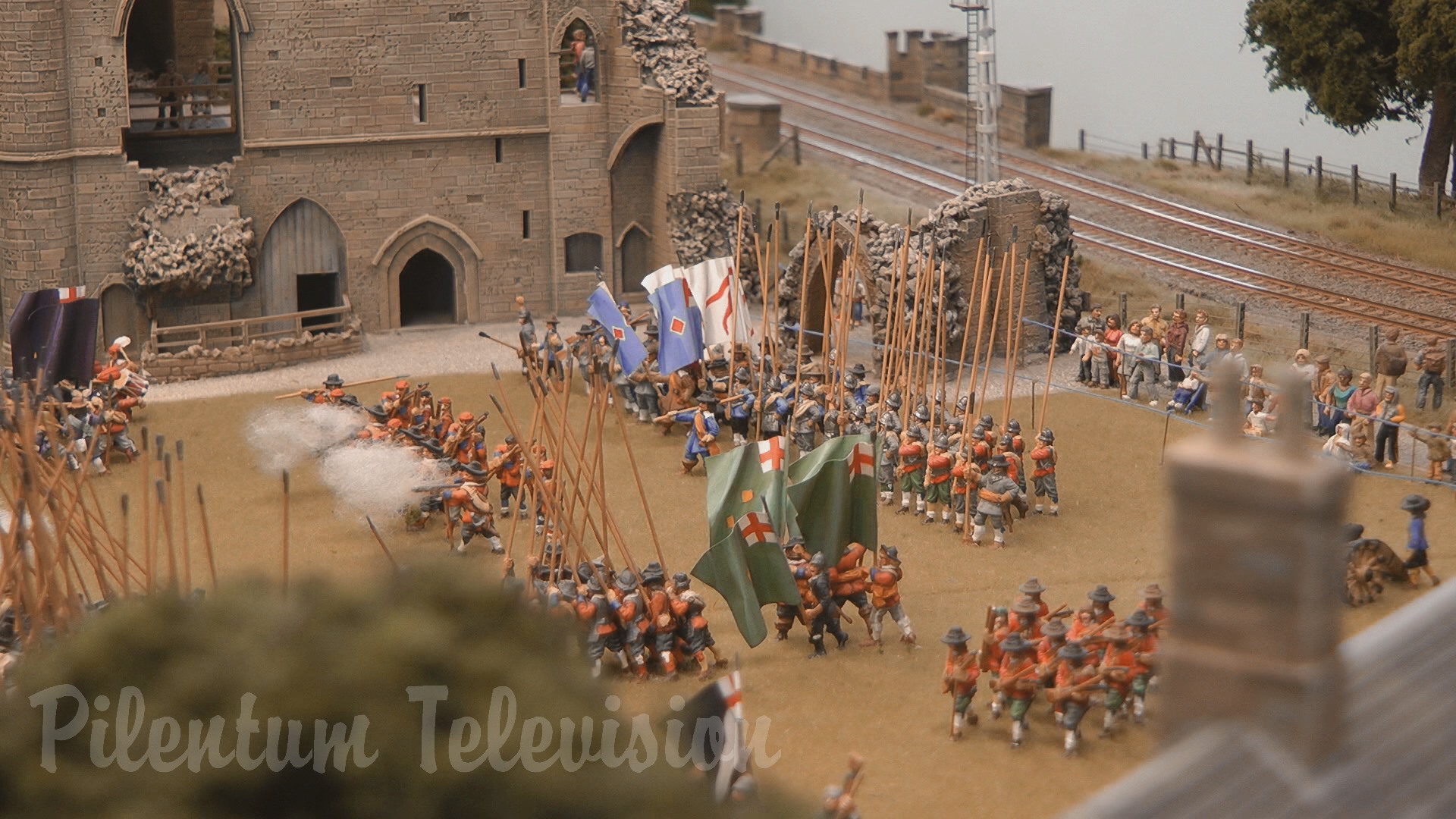 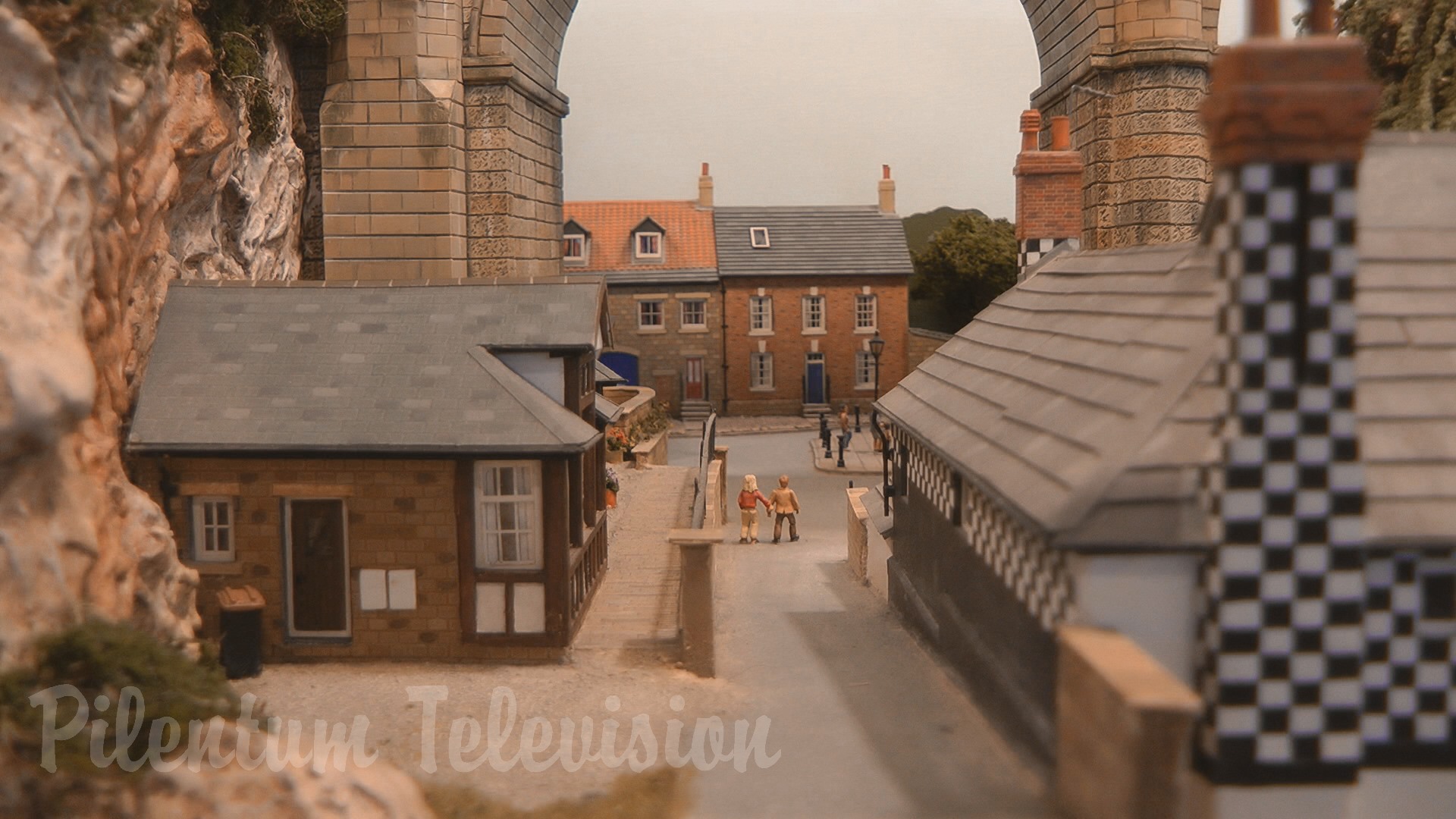 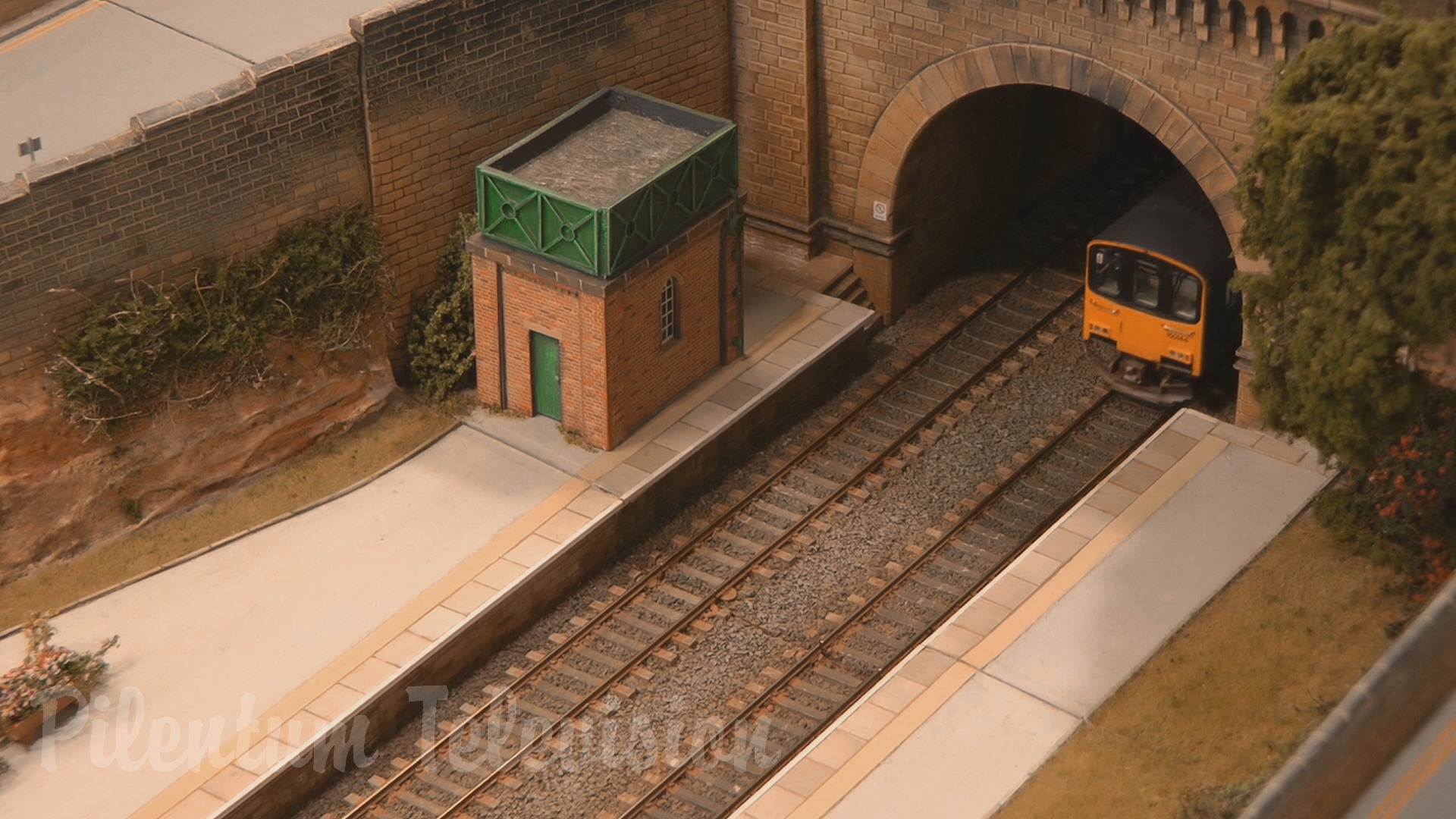 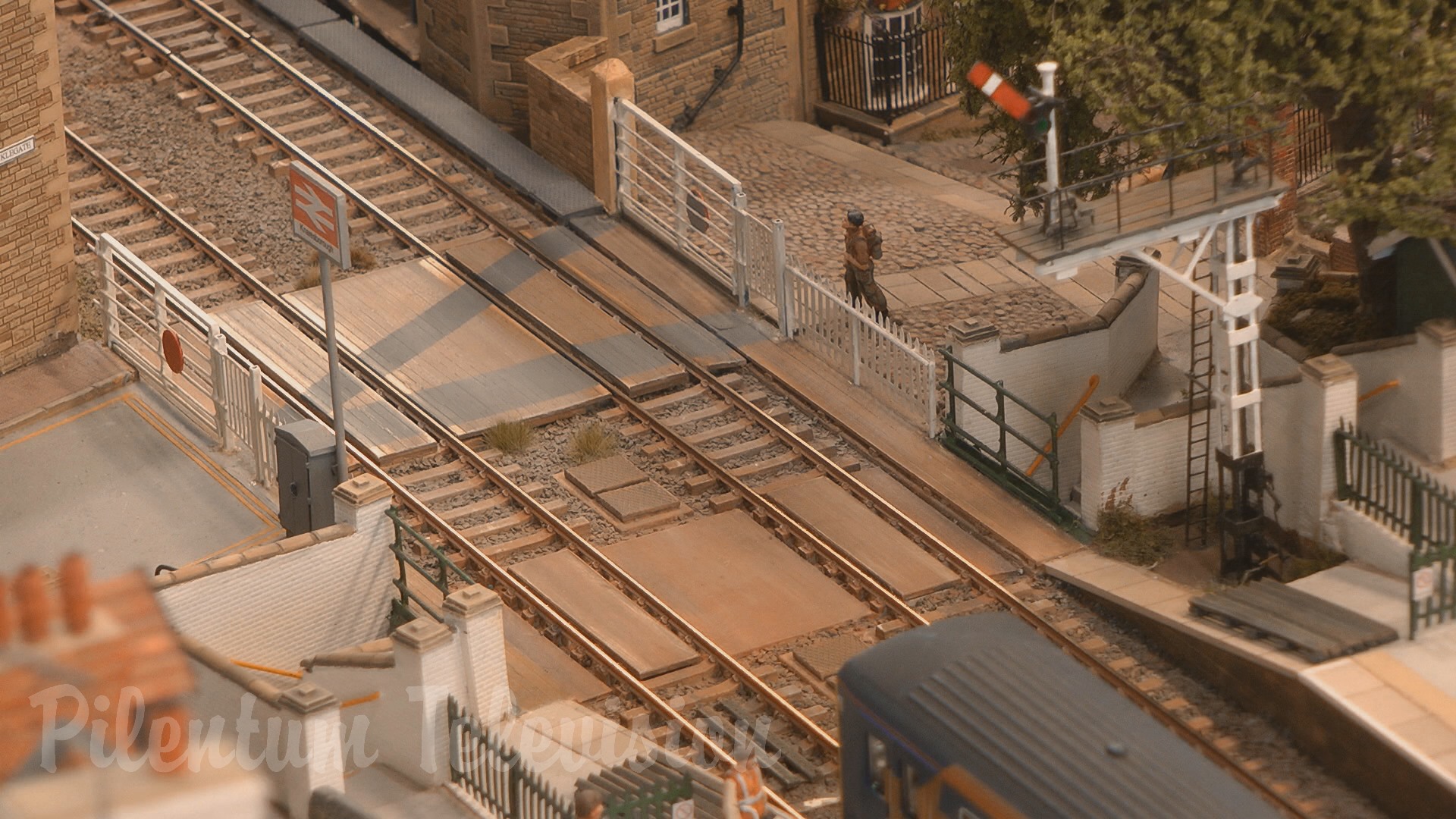 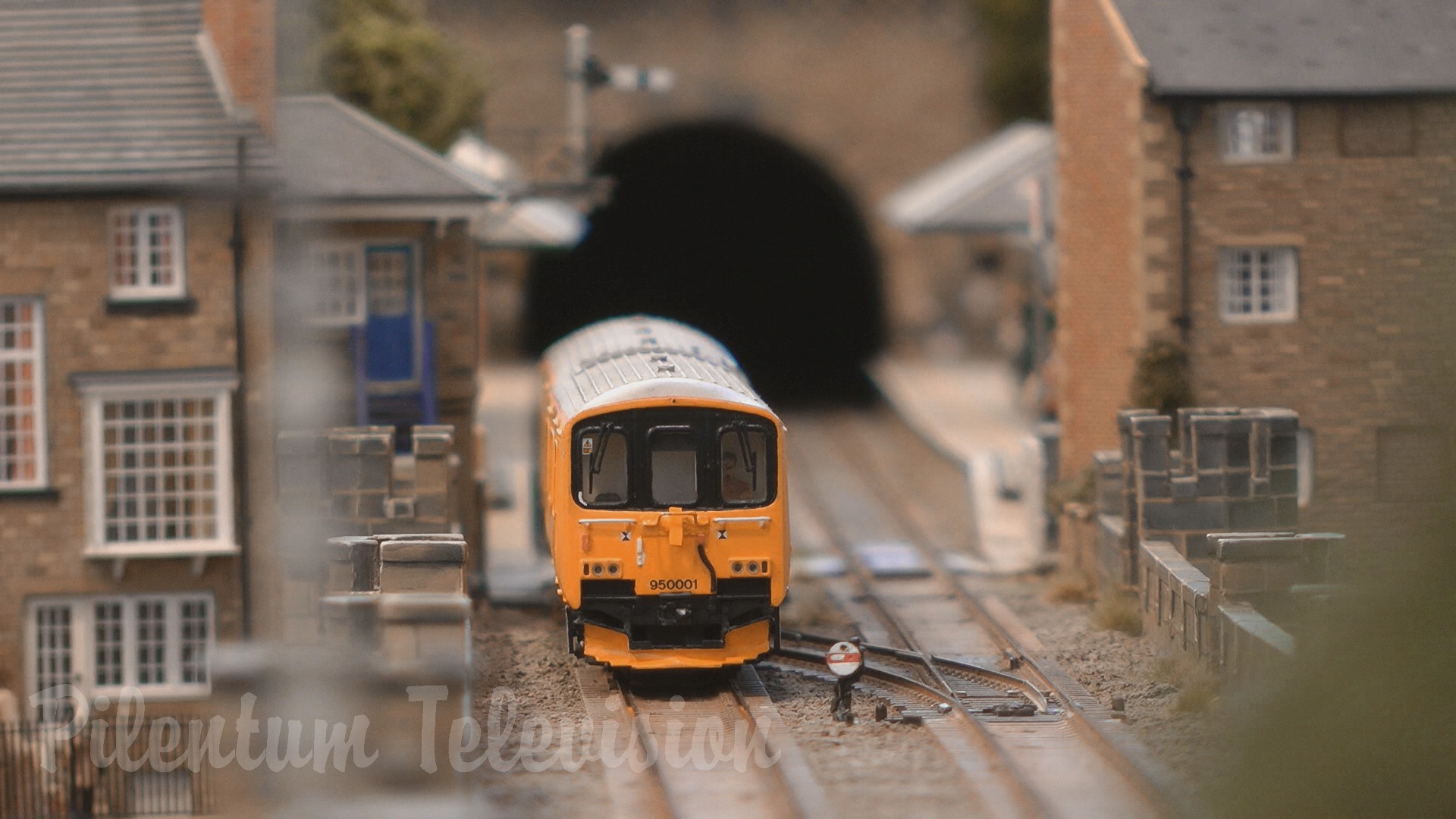 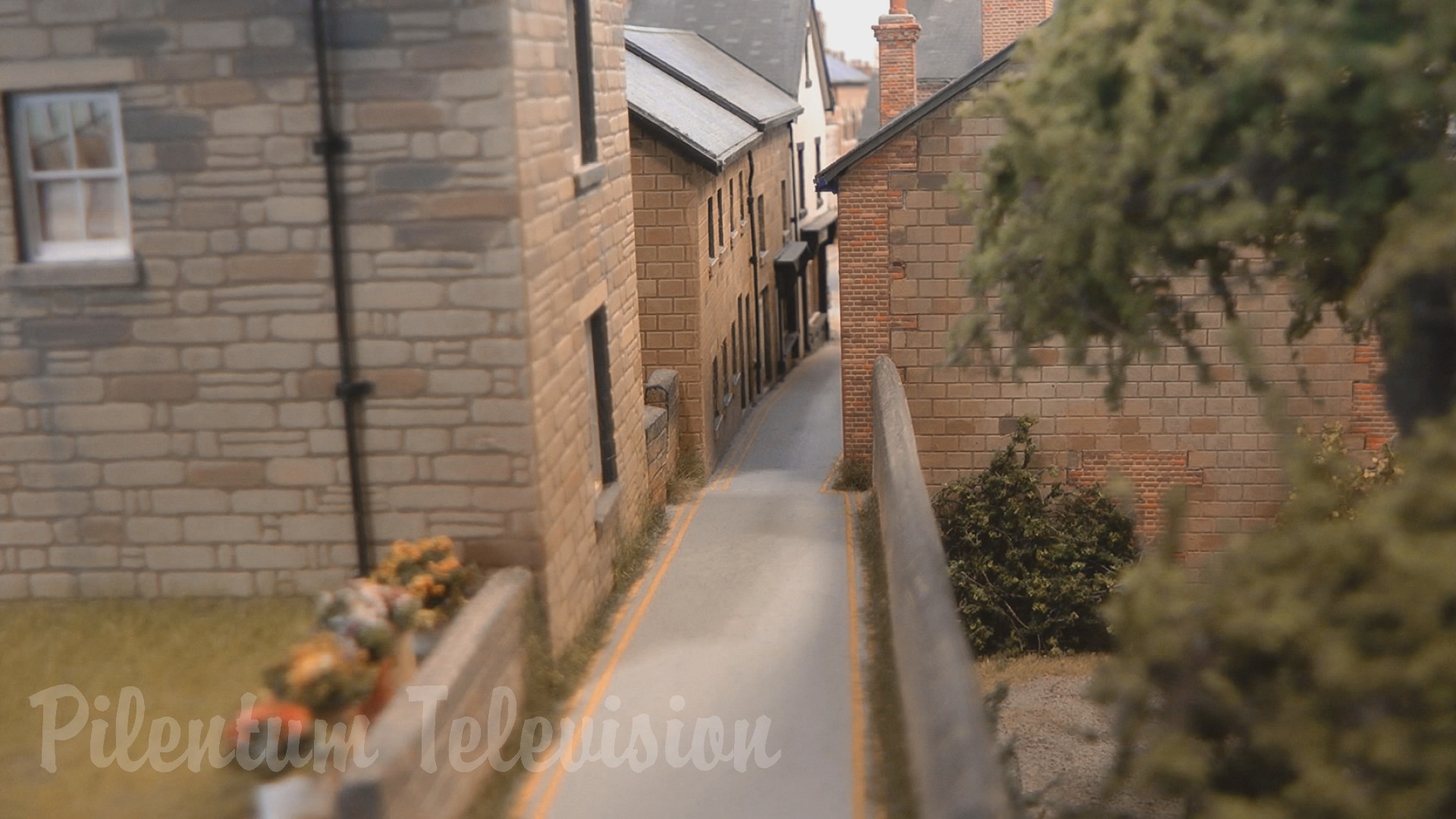 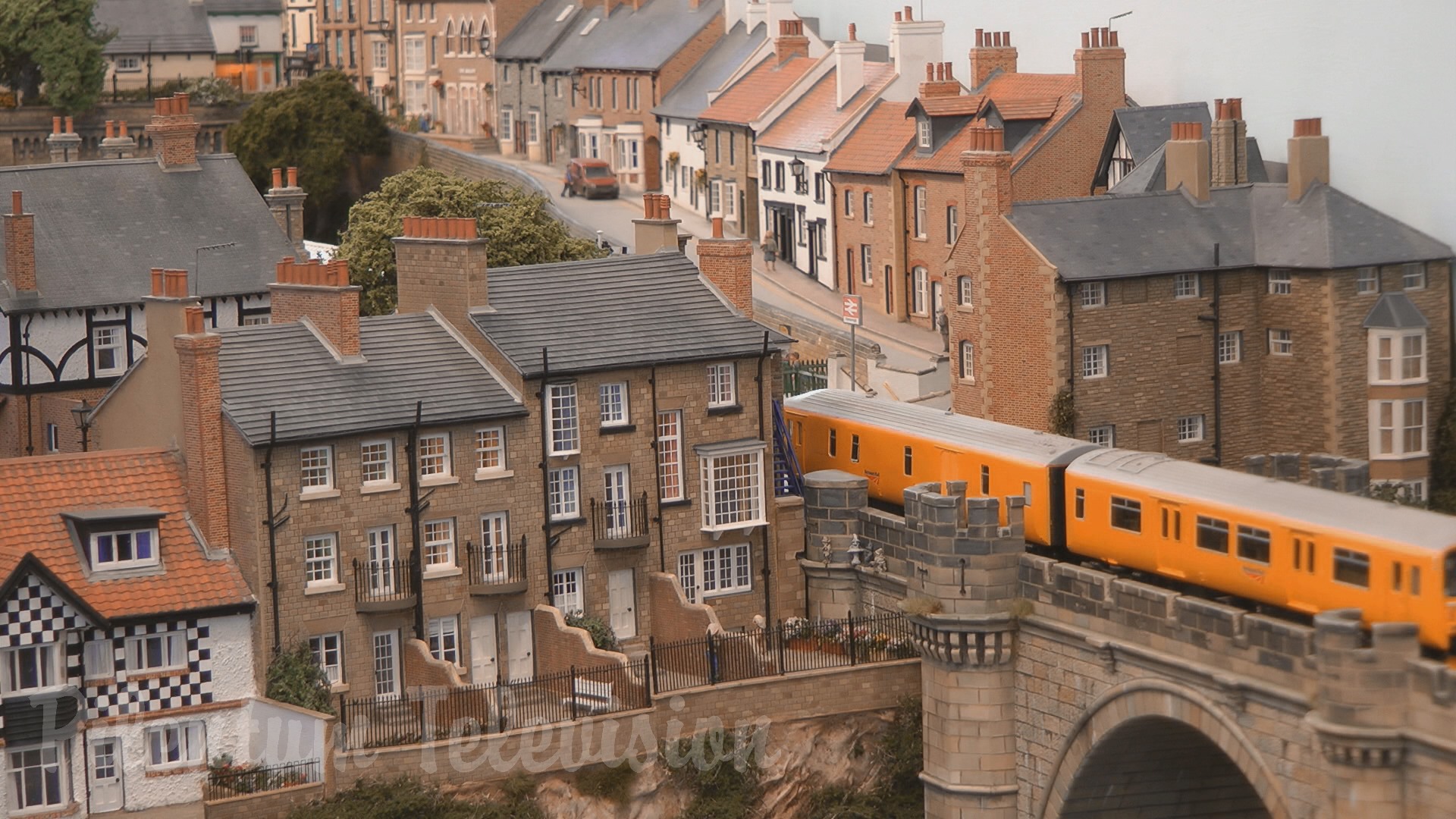