Not model trains, but model cars: Firefighters in action! Miniature camera inside the fire truck 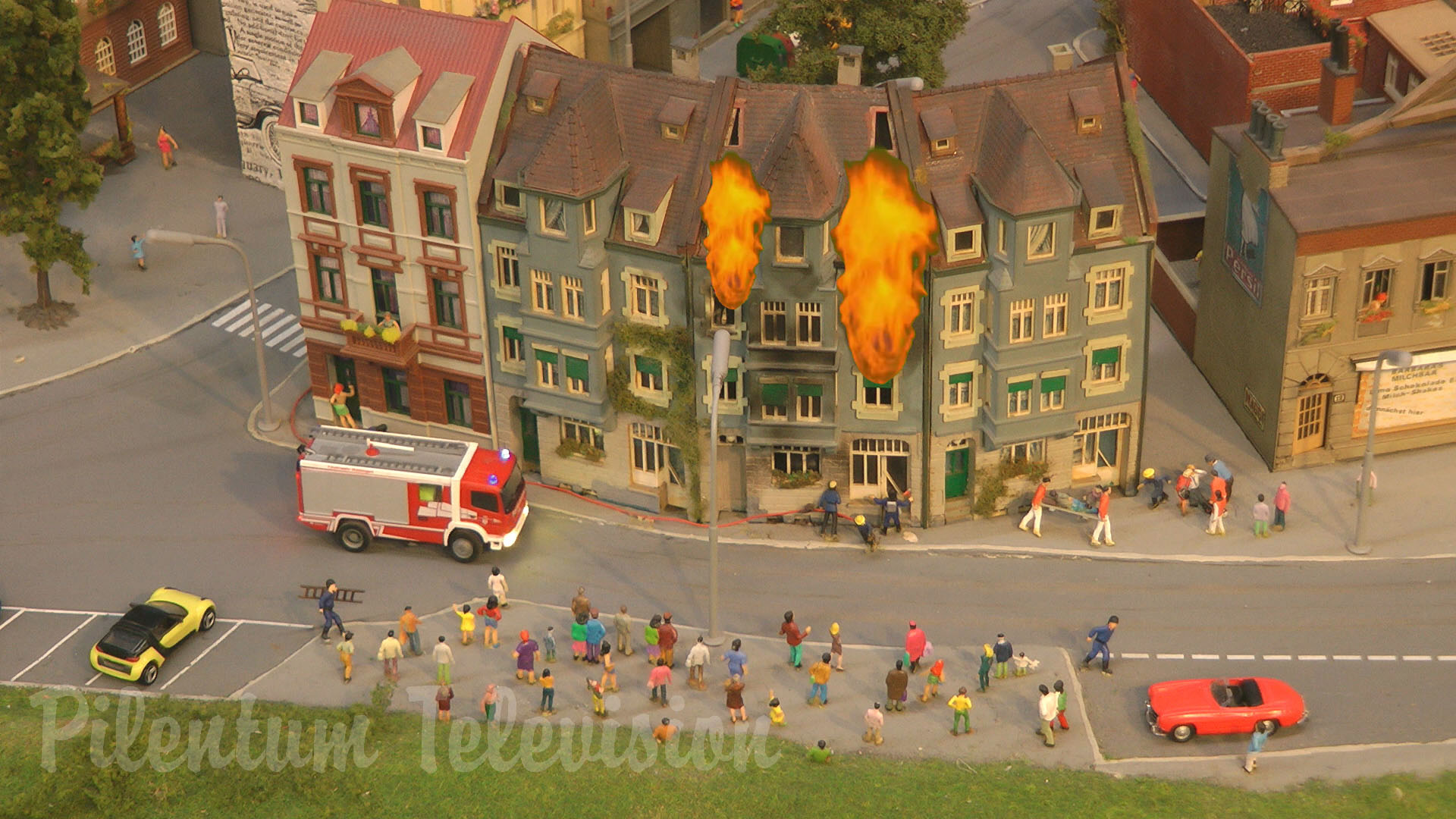 Once again Pilentum Television presents a new video from the series “Not model trains, but model cars”. Although we are on a model railroad layout in HO scale, we do not pay attention to the trains. We watch the vehicles and discover a fire department operation. Of course, we follow the fire truck which is equipped with a miniature camera. To reach the burning house, the fire truck has to drive through the city and later on a long country road.

In this cab ride video, we watch the whole miniature world from the truck driver’s view. Pilentum Television shot this video footage with the help of members of the “Nienoord Model Railroader Club” in the Netherlands. The DJI Osmo Pocket camera, mounted on the vehicle chassis of a Faller Car (Product no. 161475), was used for filming.