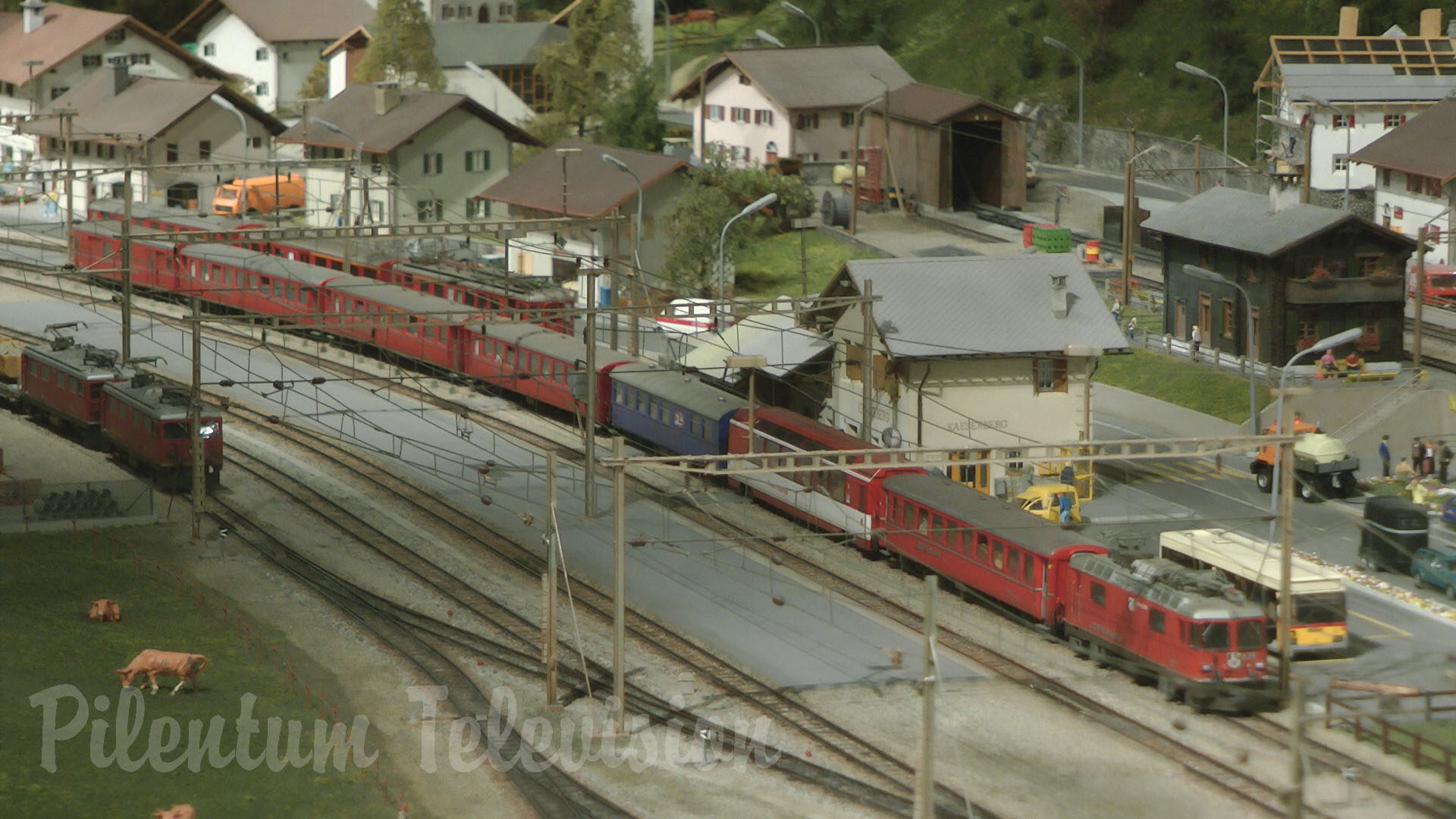 Today we are going to enjoy some Swiss rail transport modeling. One of the most beautiful narrow-gauge model railway layouts is located inside the model railroad museum, called “Chemins de fer du Kaeserberg”, in Switzerland. In this Swiss miniature world, the “Rhaetian Railway” has received its own extensive 1/87 scale model layout. Model trains run every minute around the “Kaeserberg” railway station. Mostly electric locomotives of class Ge 6/6, which are also known as the “Rhaetian Crocodile”, or electric locomotives of class Ge 4/4 are in use for passenger and freight services.

Near the locomotive depot, there are also a steam-powered snow blower and electric locomotives of class Ge 2/2, once used by the “Bernina Railway Line”. Generally, the rolling stock has been weathered carefully, and miniature trains are using the catenary (overhead line). For the “Kaeserberg Railway Line” railcars of class ABe 4/4 which were once used by the famous “Bernina Railway Line” and railcars of class ABDe 4/4 once used by the “Arosa Railway Line” were painted in yellow color. In reality, there are only still two yellow painted nostalgic railcars in service on Switzerland’s narrow-gauge railroad network. When you are enthusiastic about model railroading and railway modelling, then you should visit the superb exhibition “Chemins de fer du Kaeserberg”, located in the city of Fribourg in Switzerland. 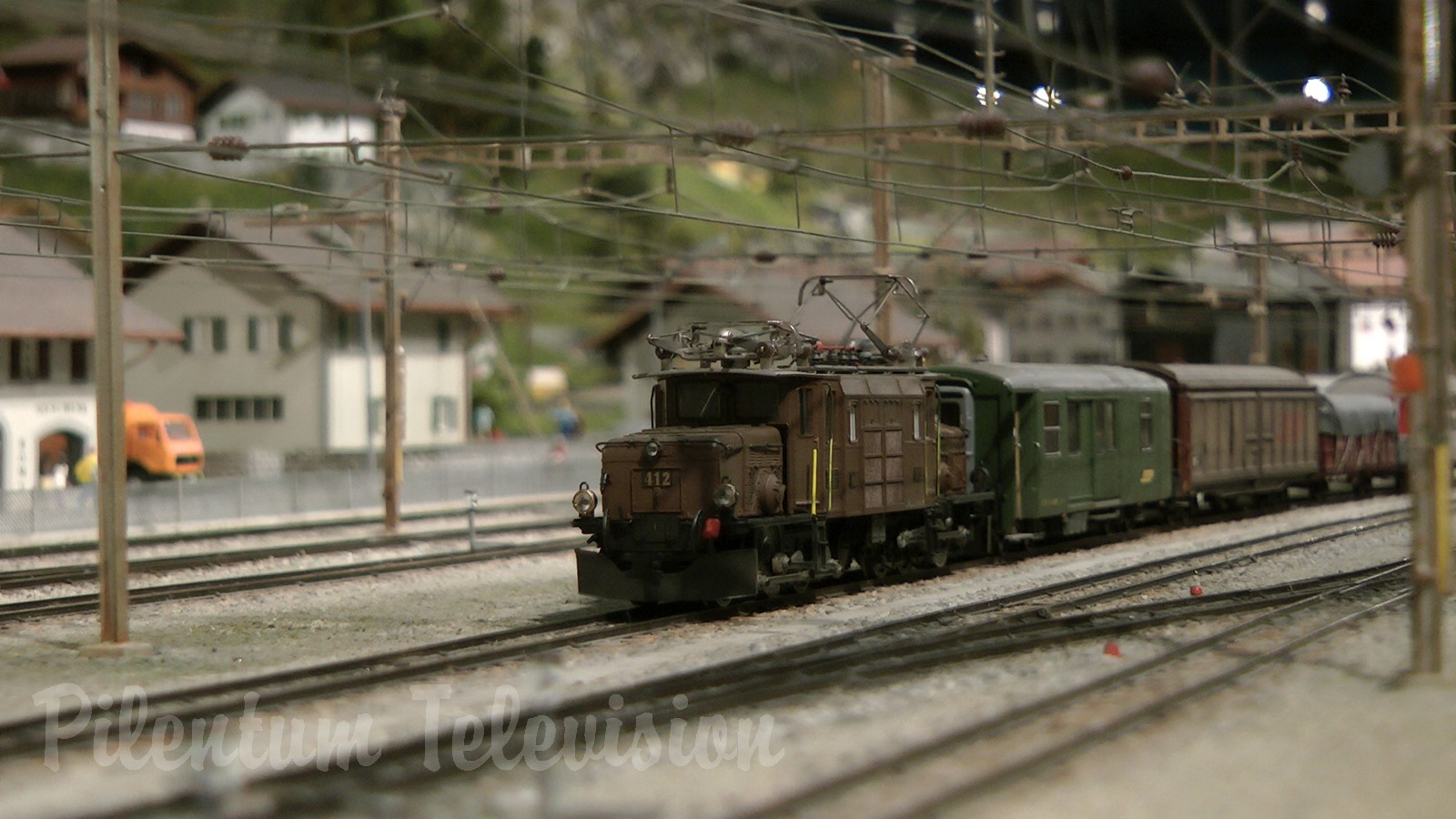 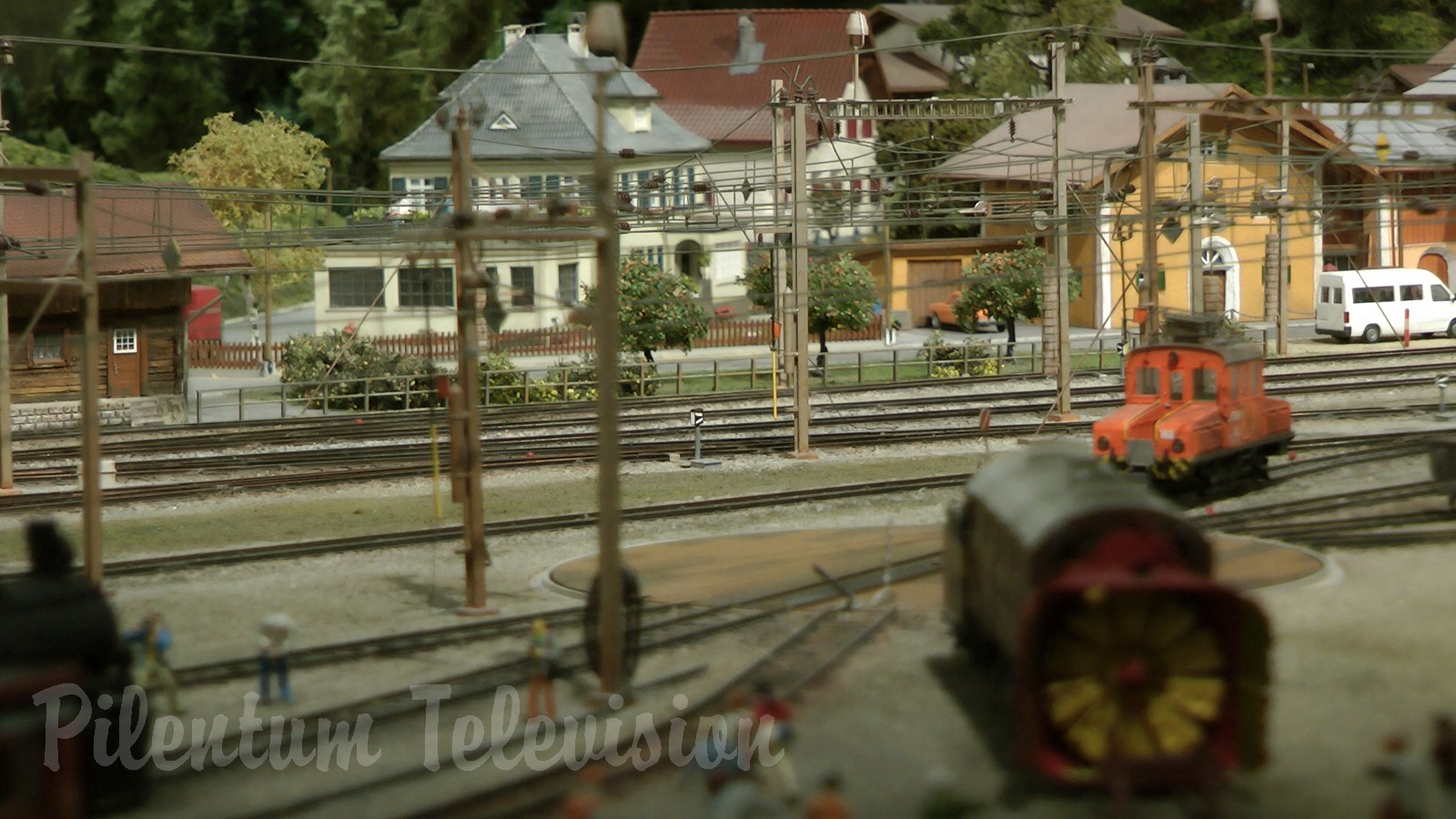 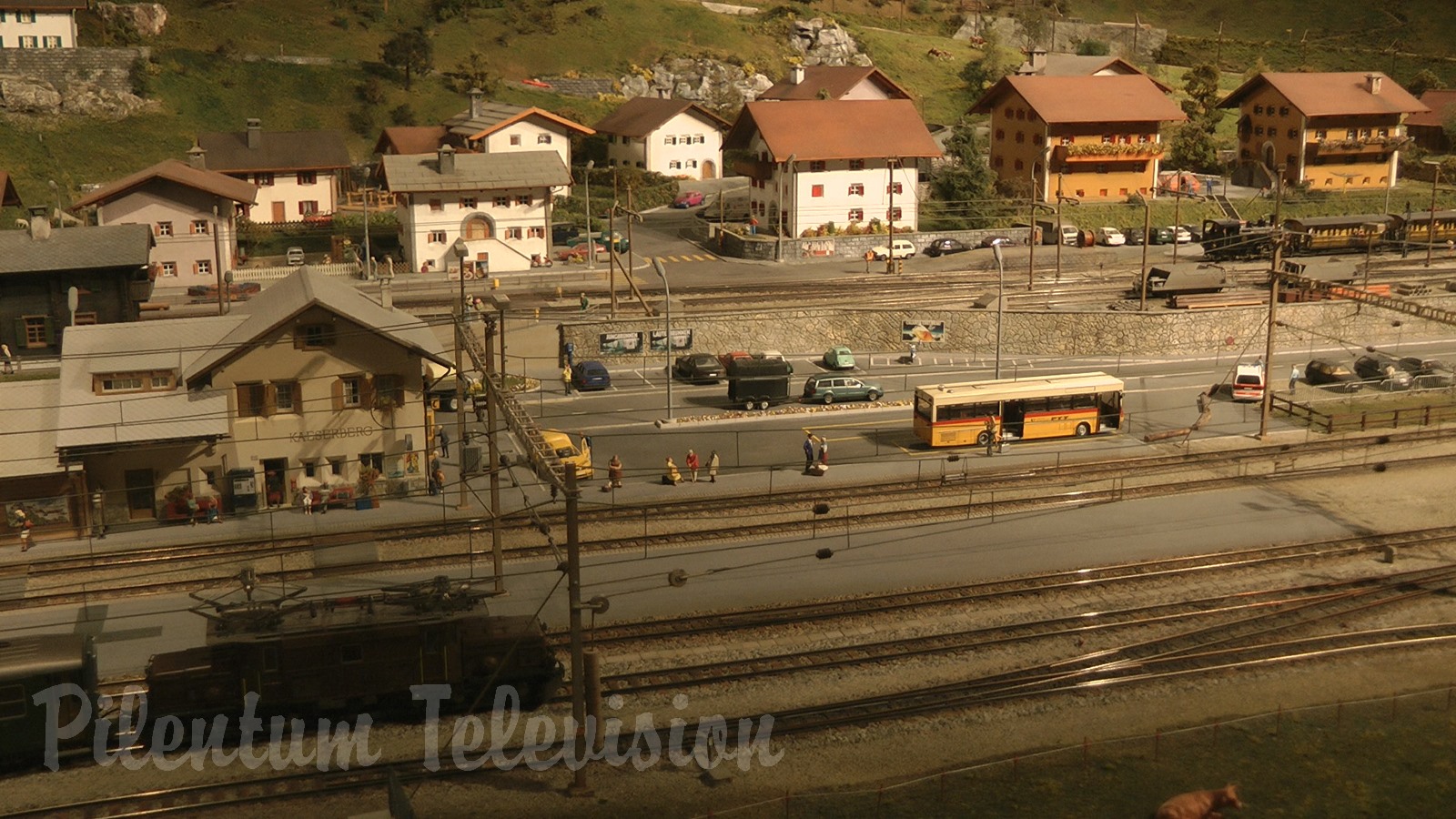 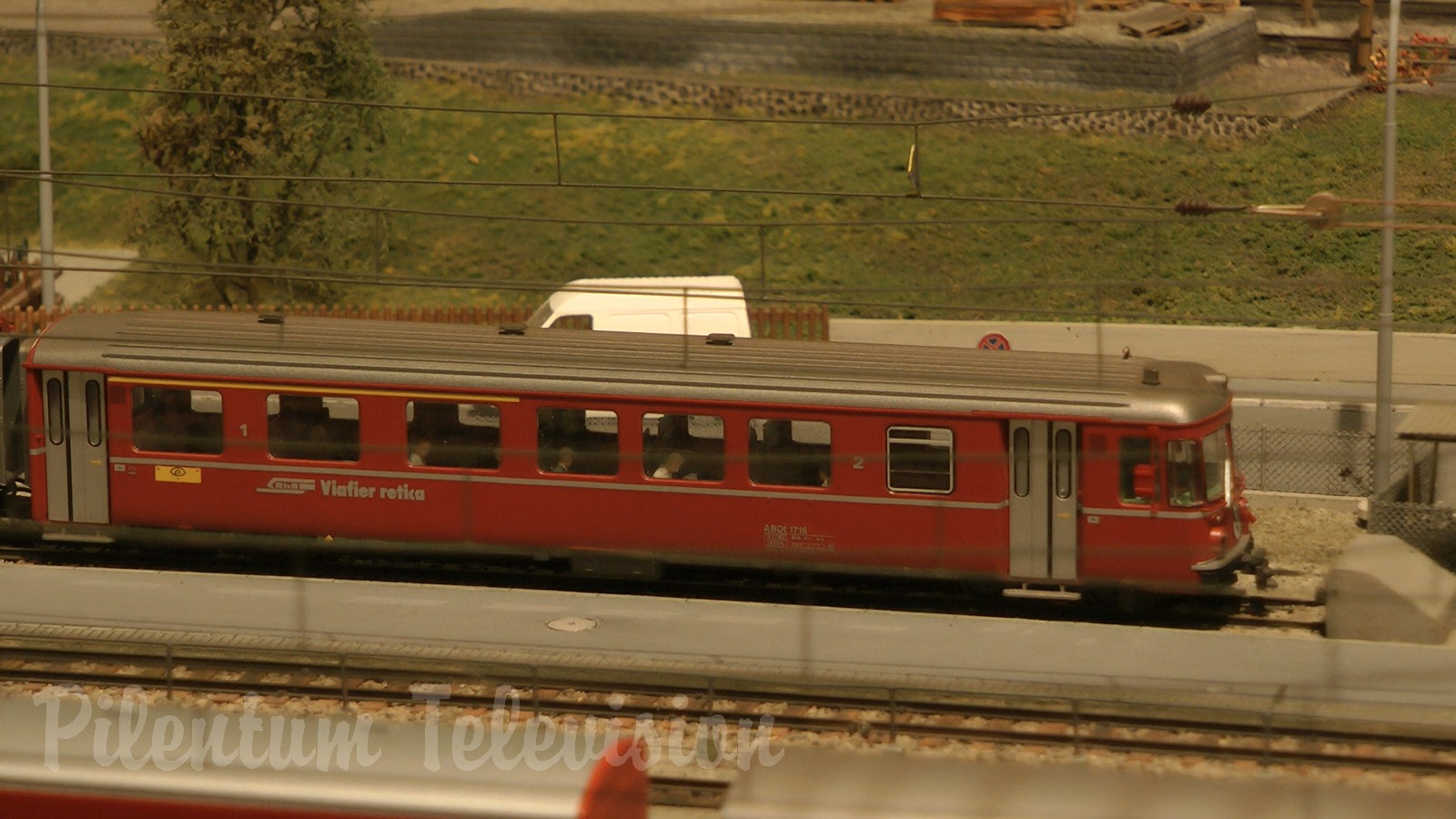 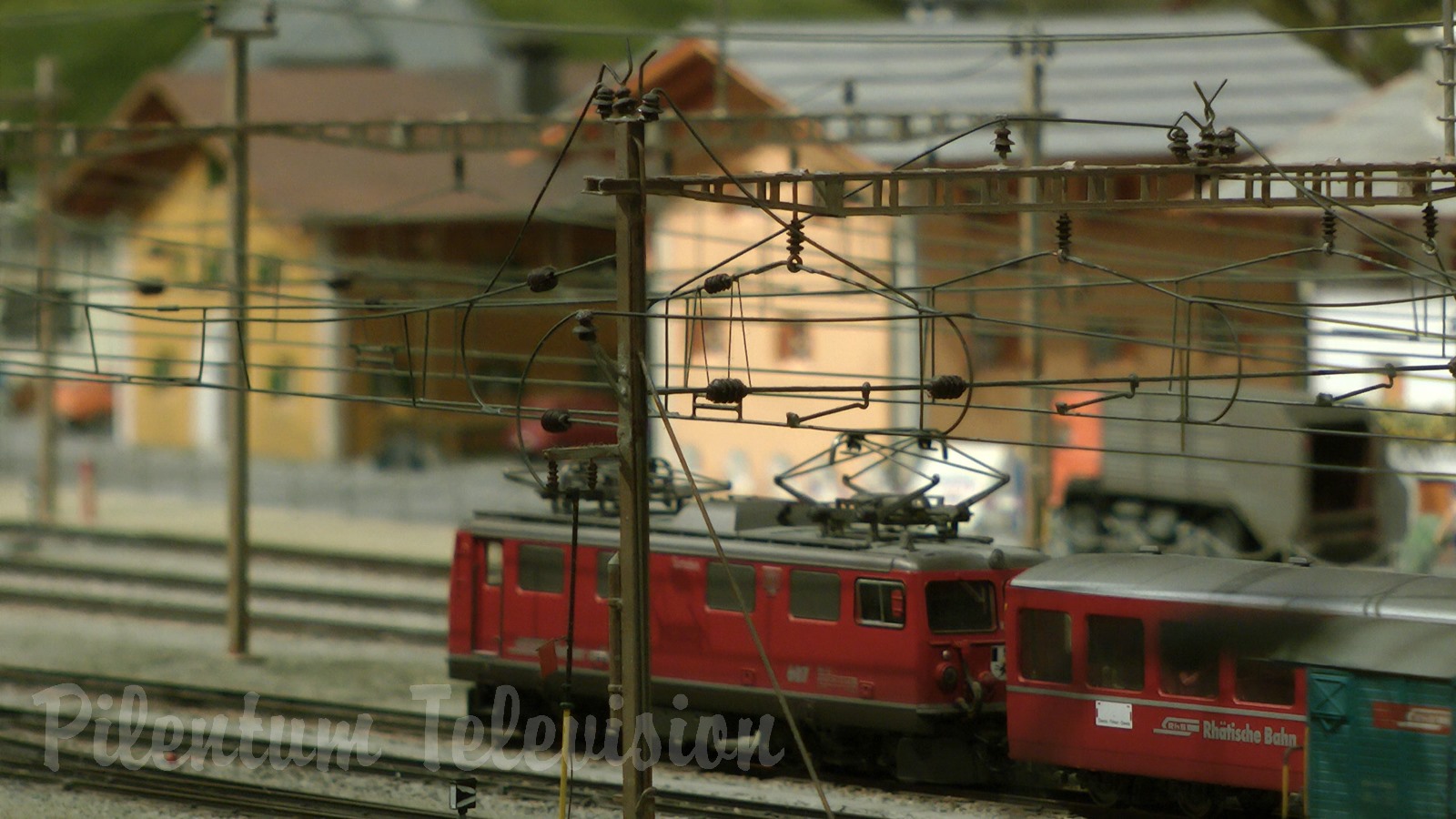 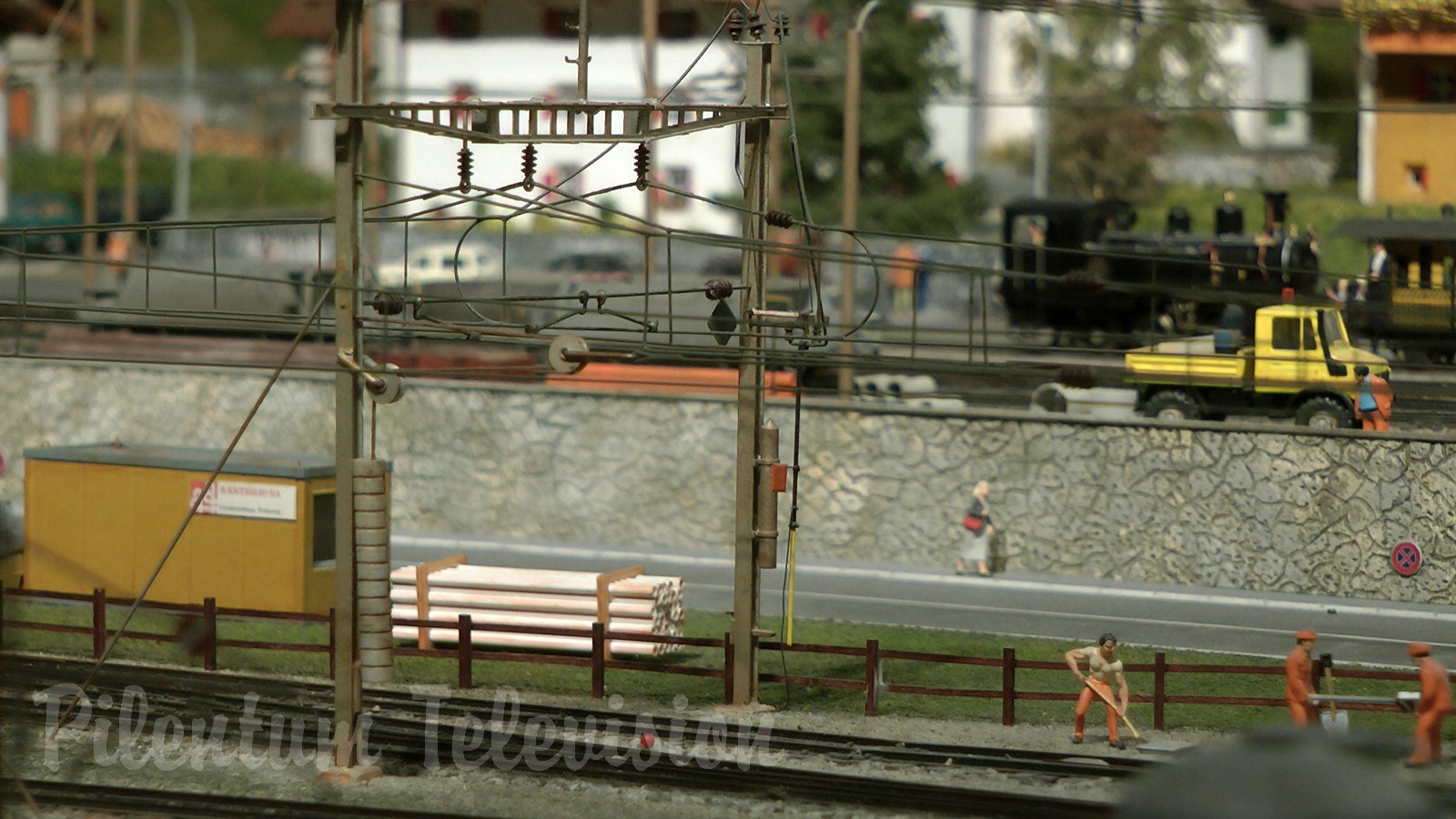 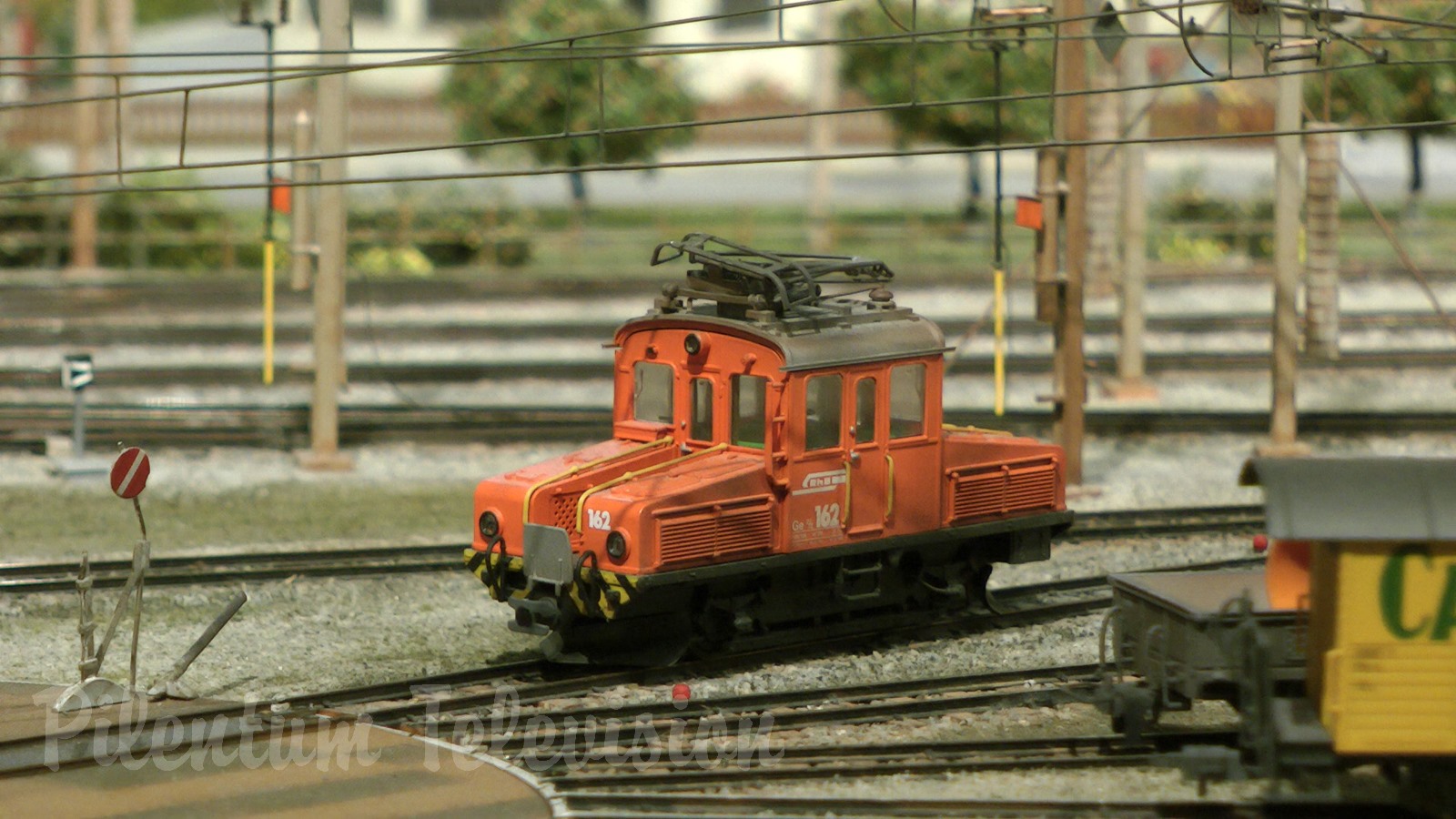 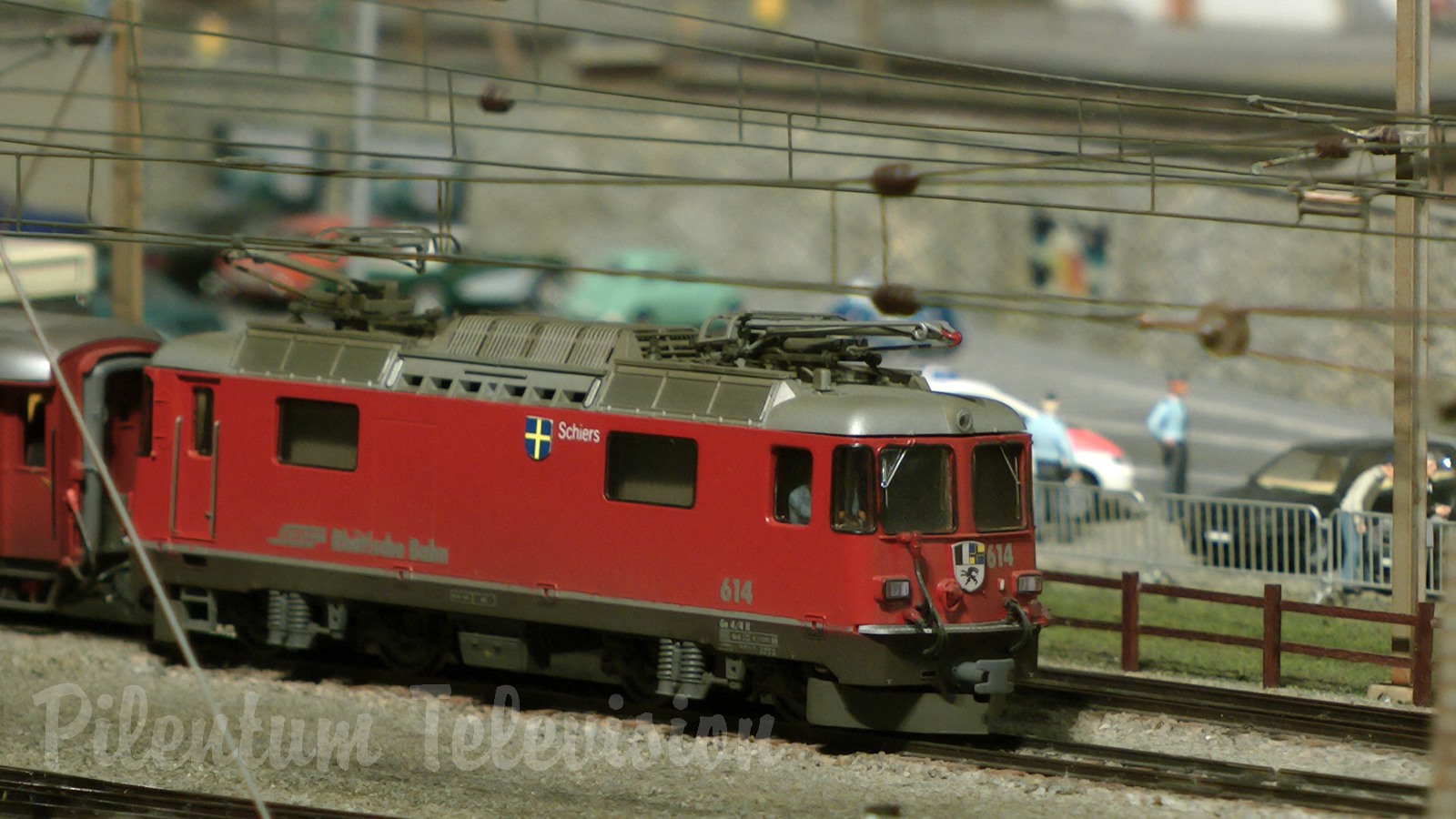 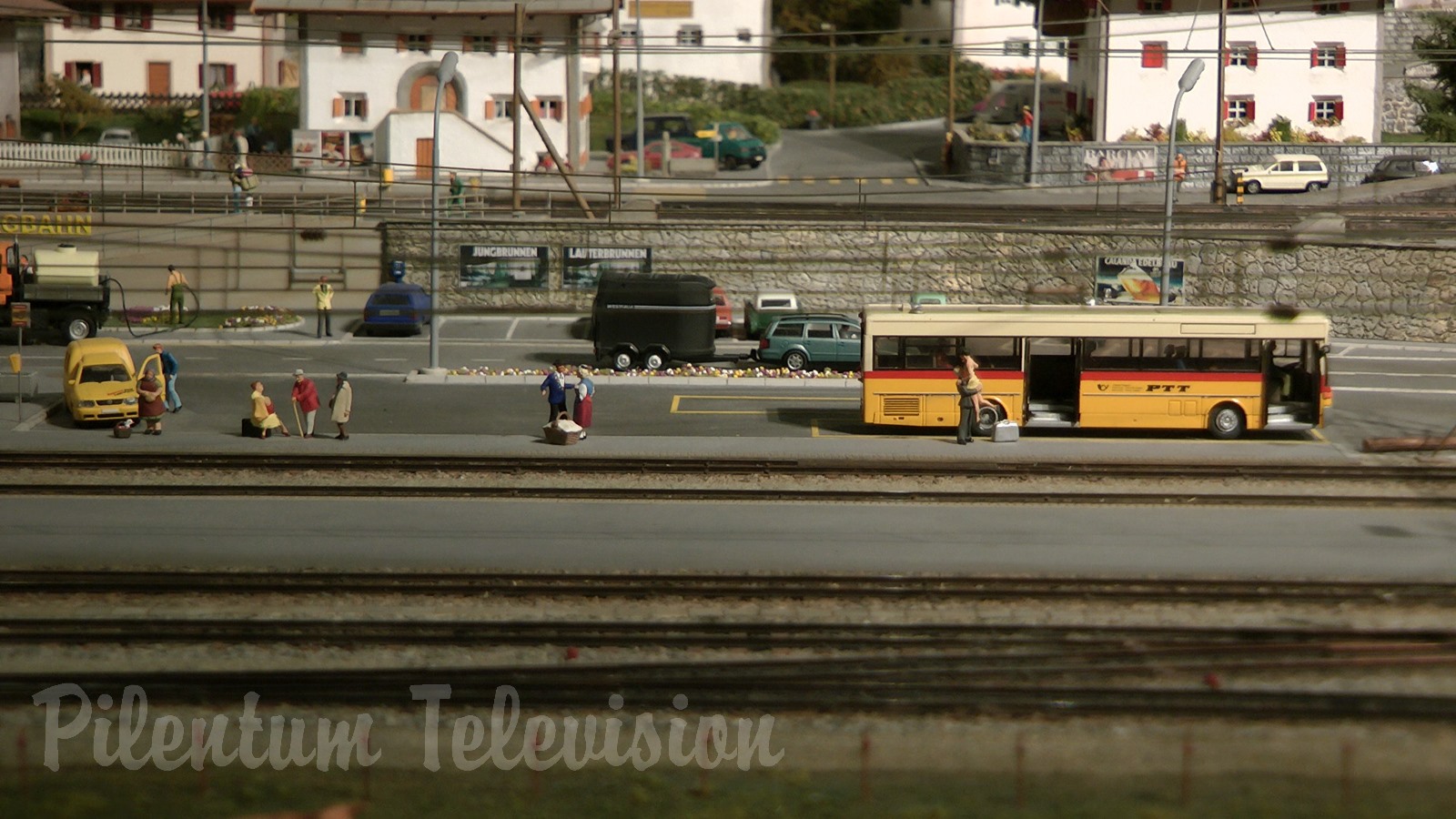 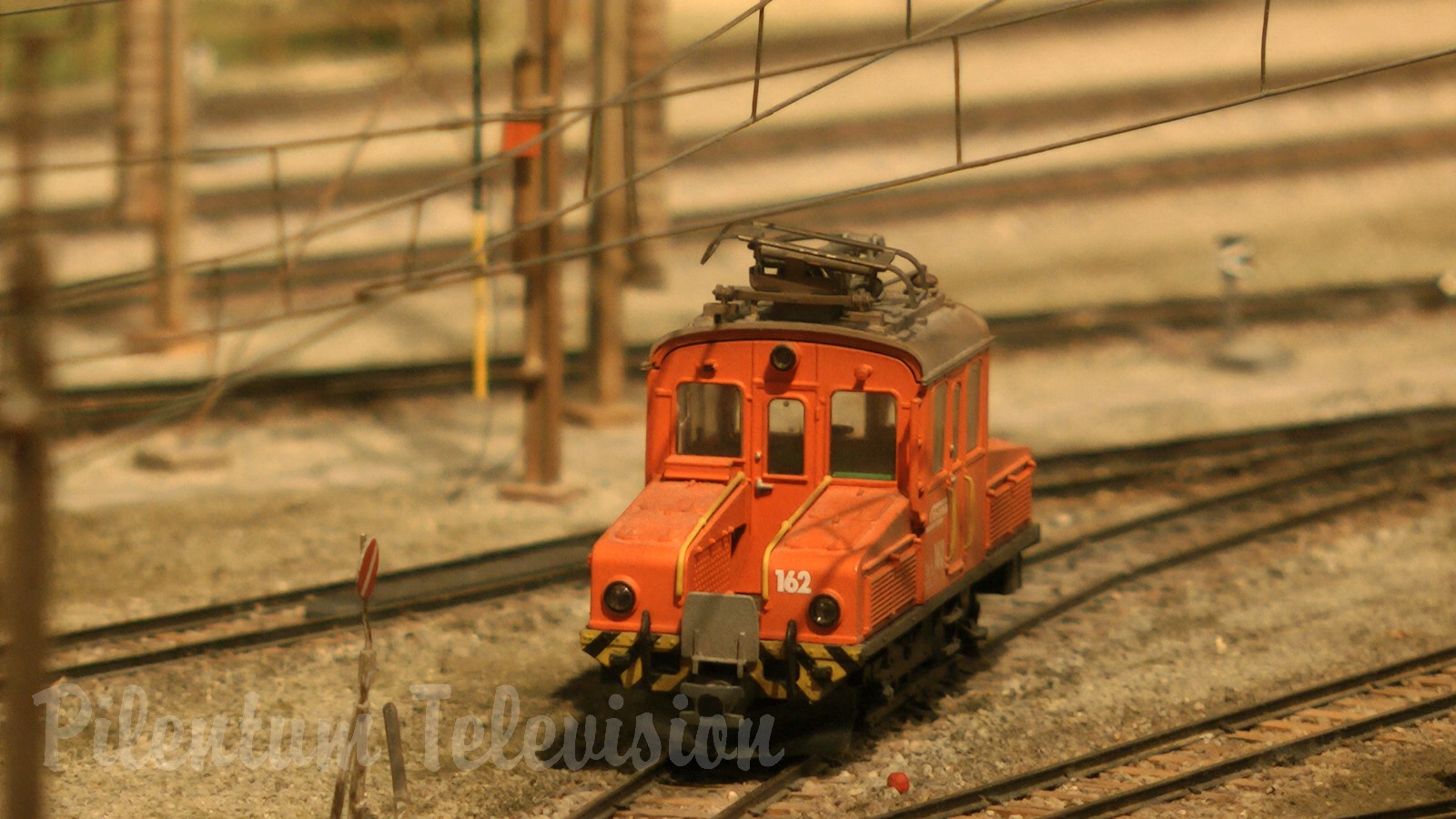 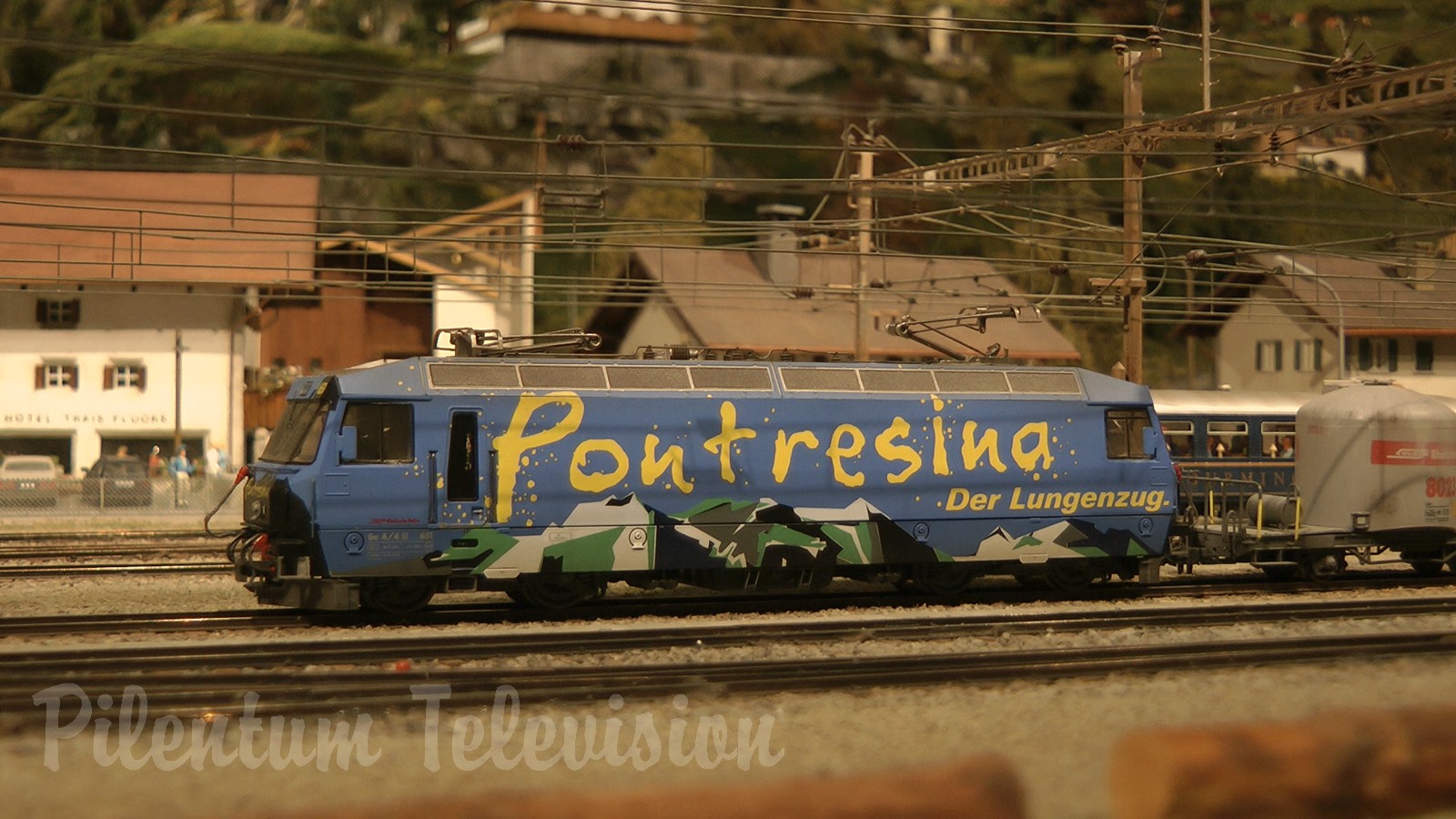 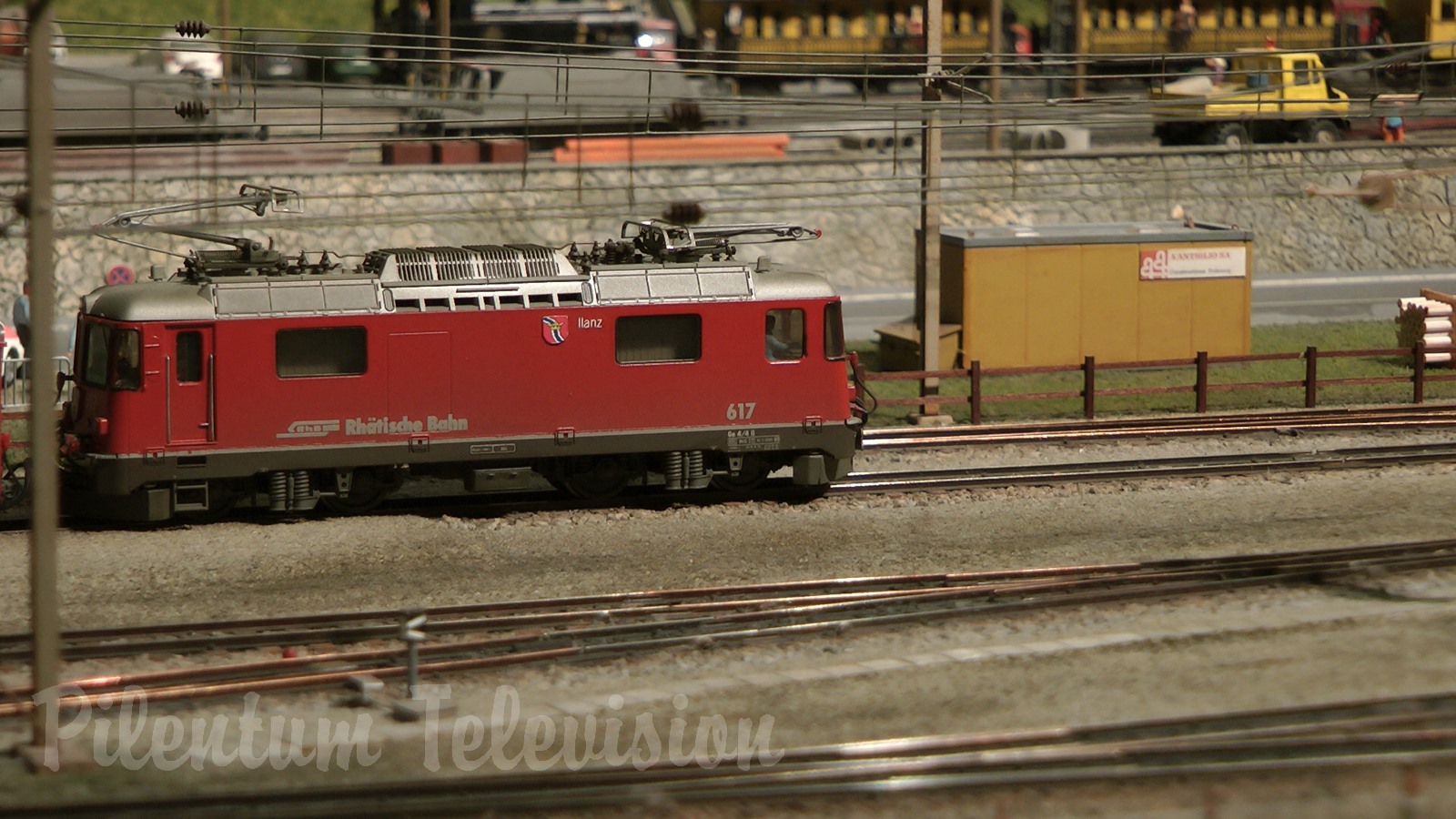 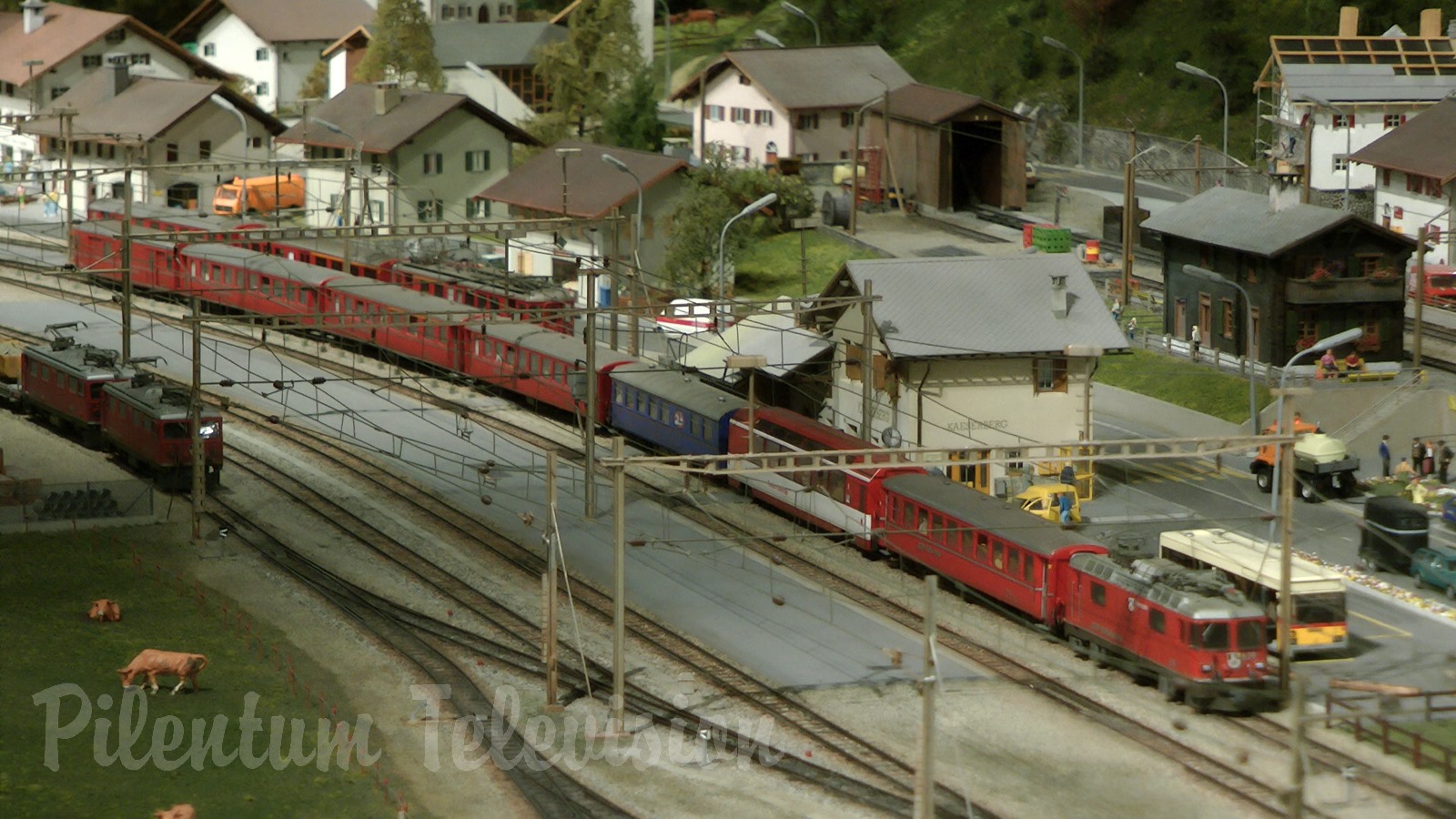 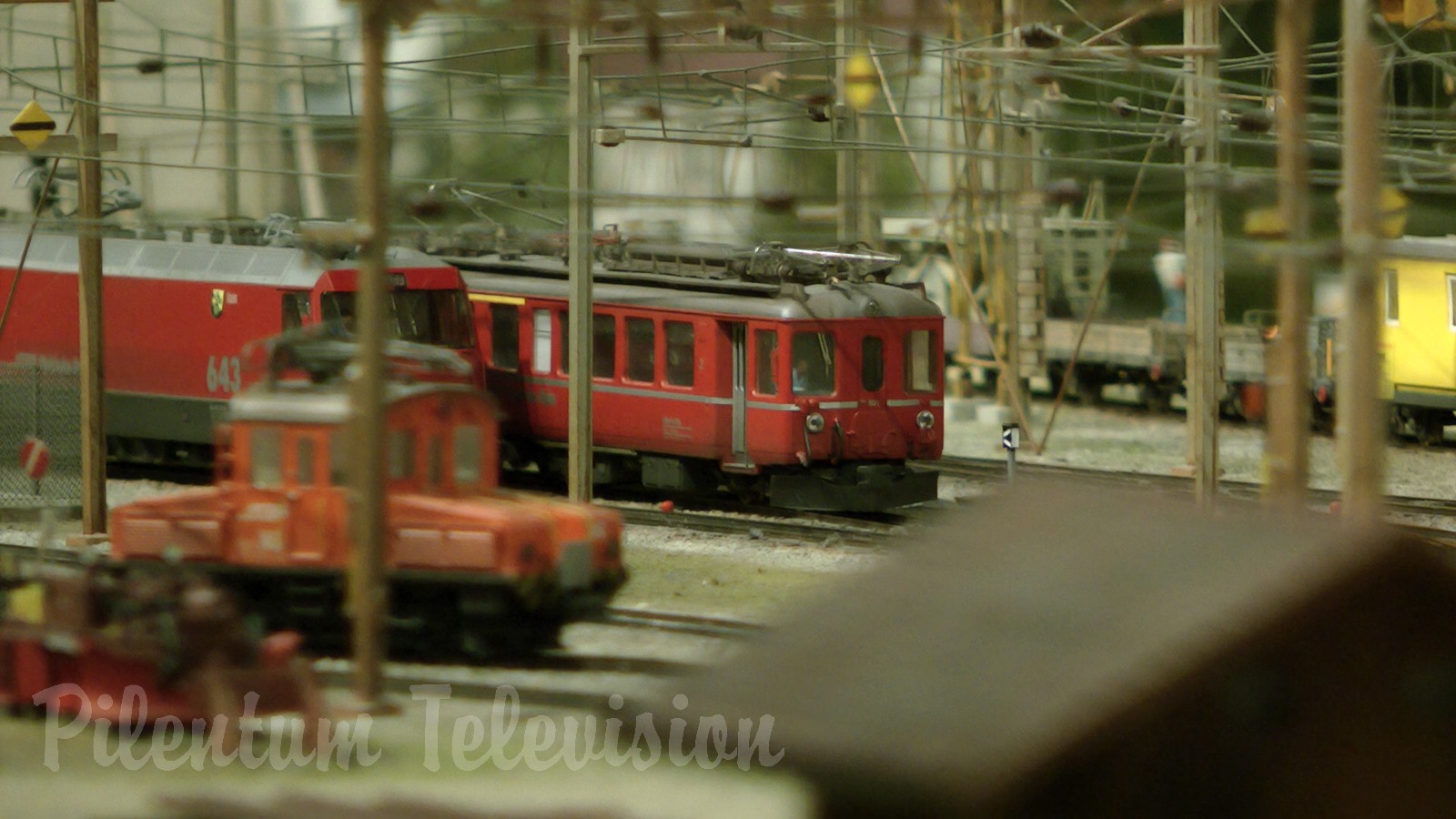 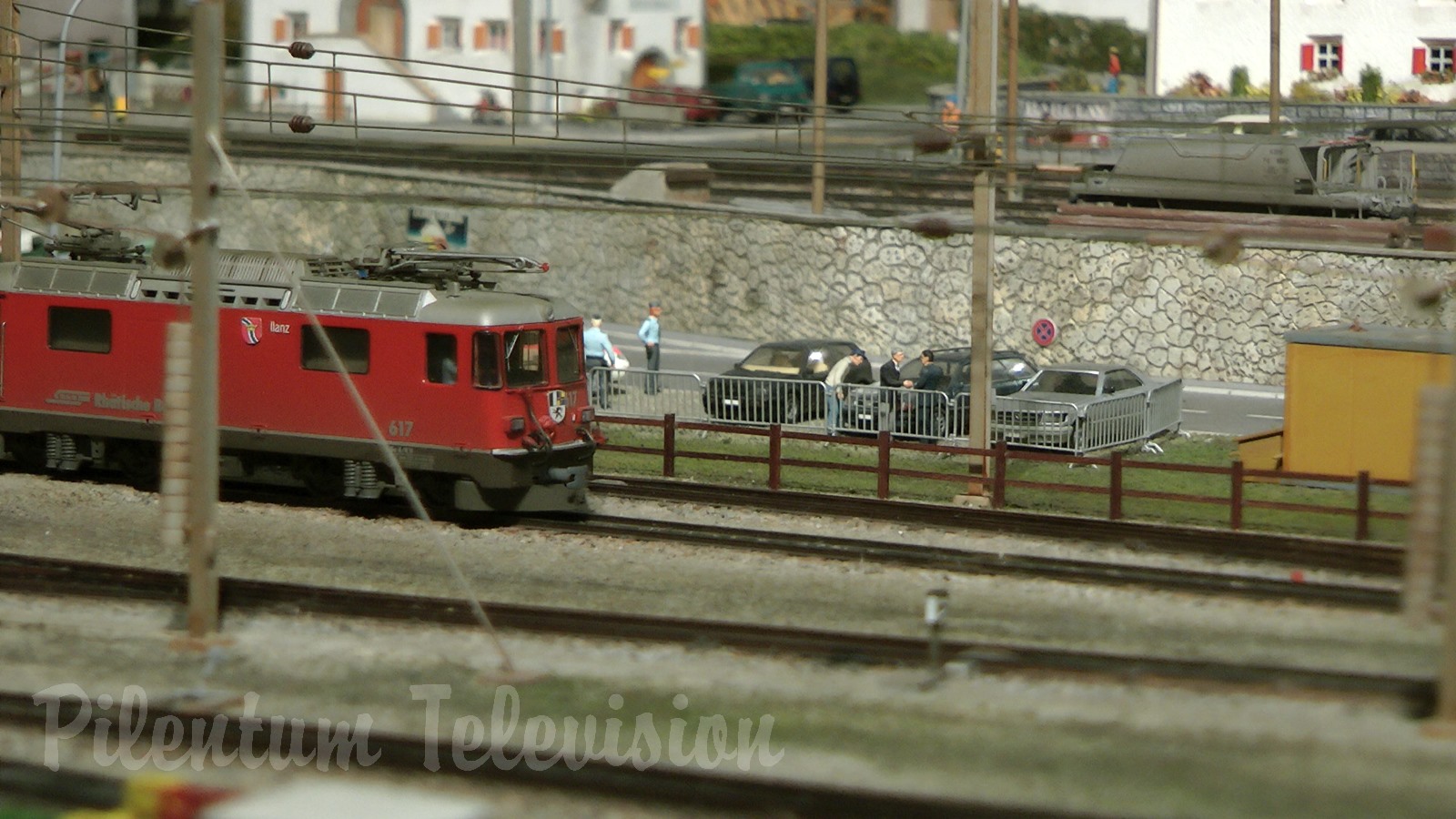 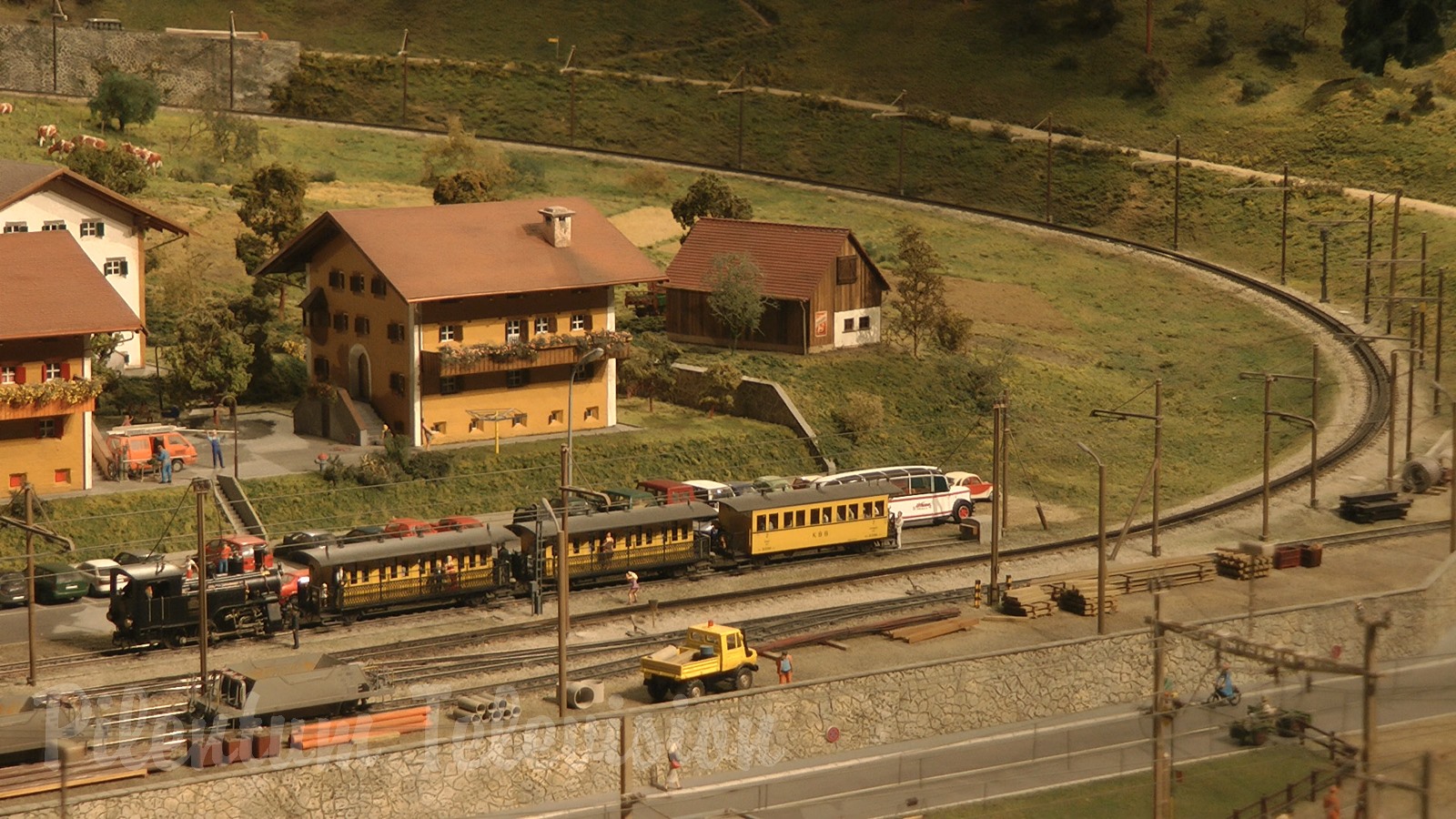 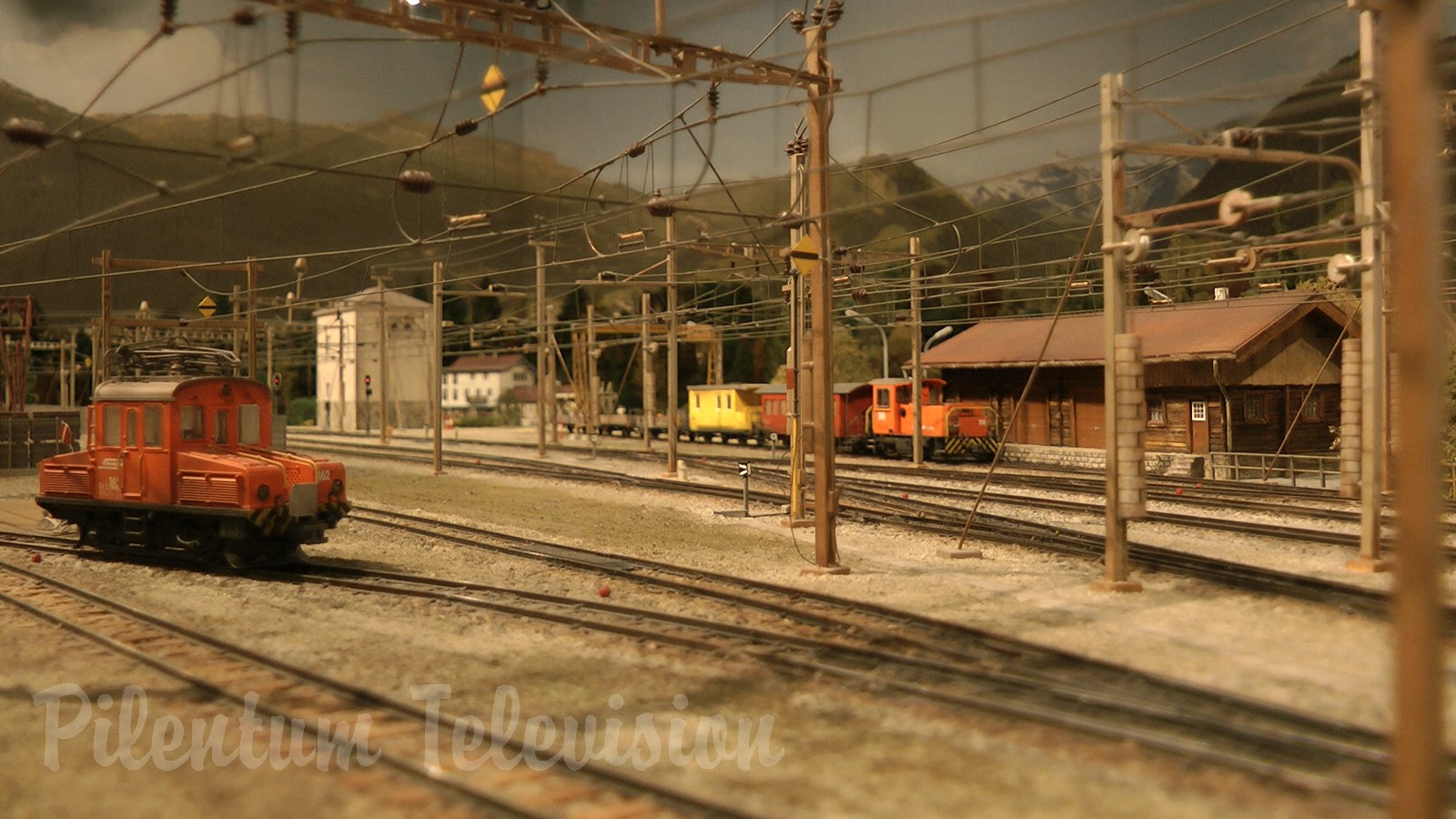 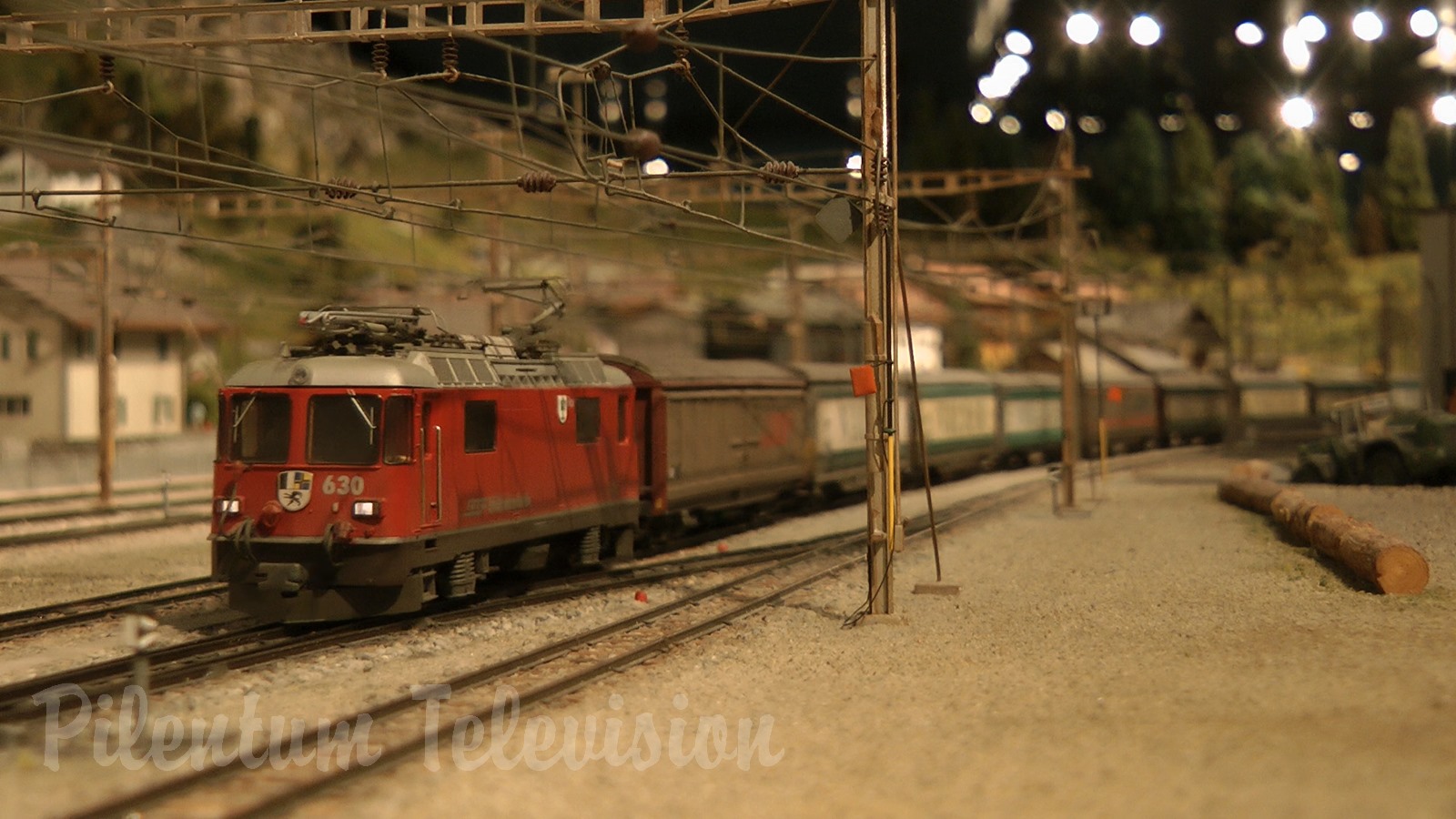