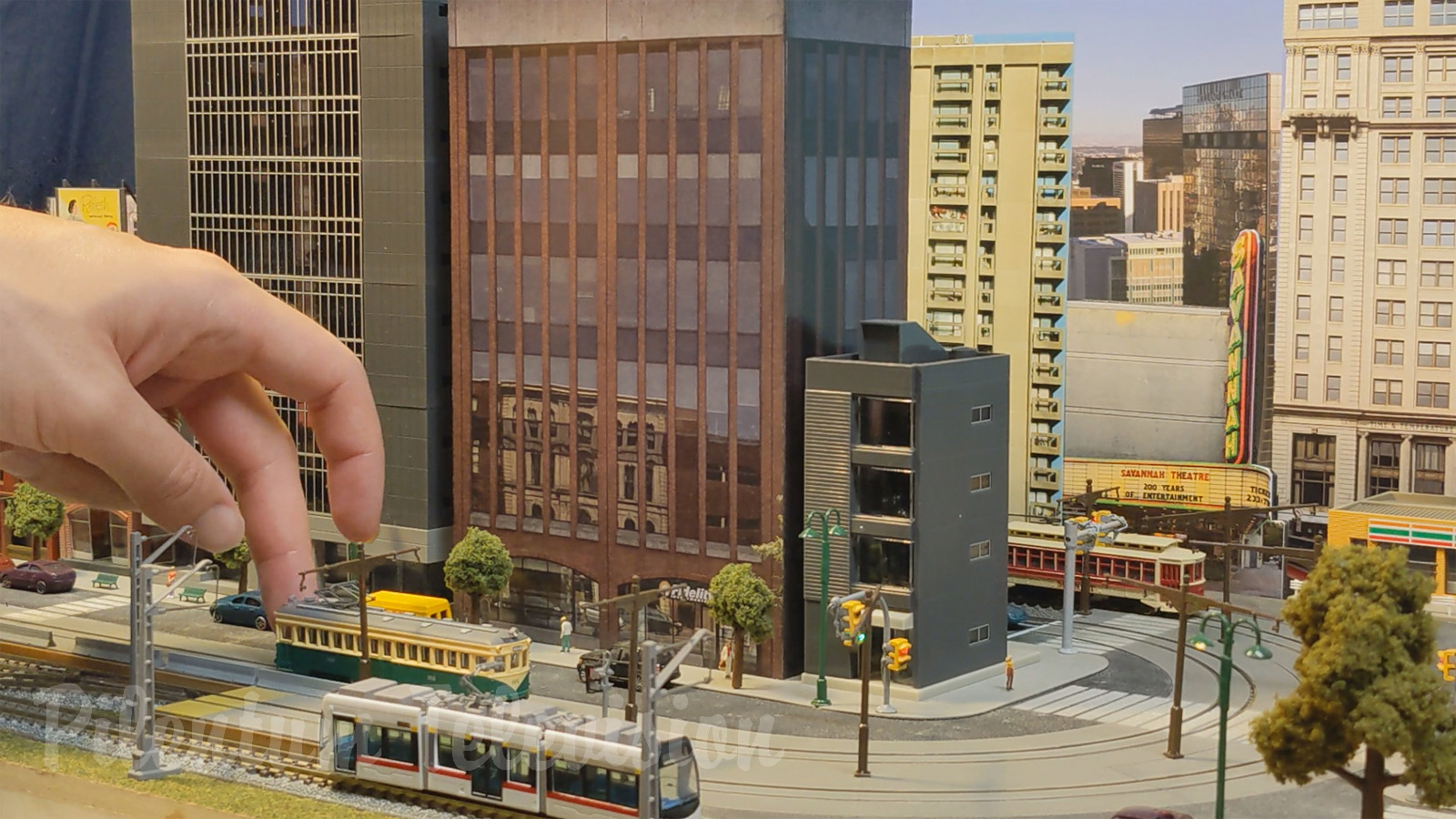 In model railroading there is a special type of scale models, which is represented far too rarely. There are far too few model railroad layouts depicting trams, trolleys, streetcars and light rail. Therefore, in this video we will look at a miniature world dedicated exclusively to public transport. This N scale micro city layout measures just 15.5 x 39 " or 40 x 100 cm, and uses the smallest radius curves available (4" or 103 mm).

It is not based on any particular prototype, and features buildings and trams from around the world. The backdrop and many paper buildings are made from digital photos collected while travelling, which are edited for perspective and mounted on foam board. Featured here are the Denver skyline panorama, State Theater (Portland, ME), Savannah Theater (Savannah, GA), and Hotel Chisca (Memphis, TN) among others.

Trams, trolleys, streetcars and light rail navigate the traffic signals and corners. Three trams can be switched in or out of the outer loop using turnouts, the inner loop is continuous with no turnouts to accommodate delicate short wheelbase equipment. All parts of the city are modular so the buildings, people, cars and details can be arranged in new ways.

Especially worth mentioning are the traffic light circuits on the superb city edge model rail layout. For both cars and pedestrians, the traffic lights are switched absolutely realistically. The video footage was submitted by a fan of Pilentum Television from the United States who was inspired to finally complete a layout after many years of unfinished ones. 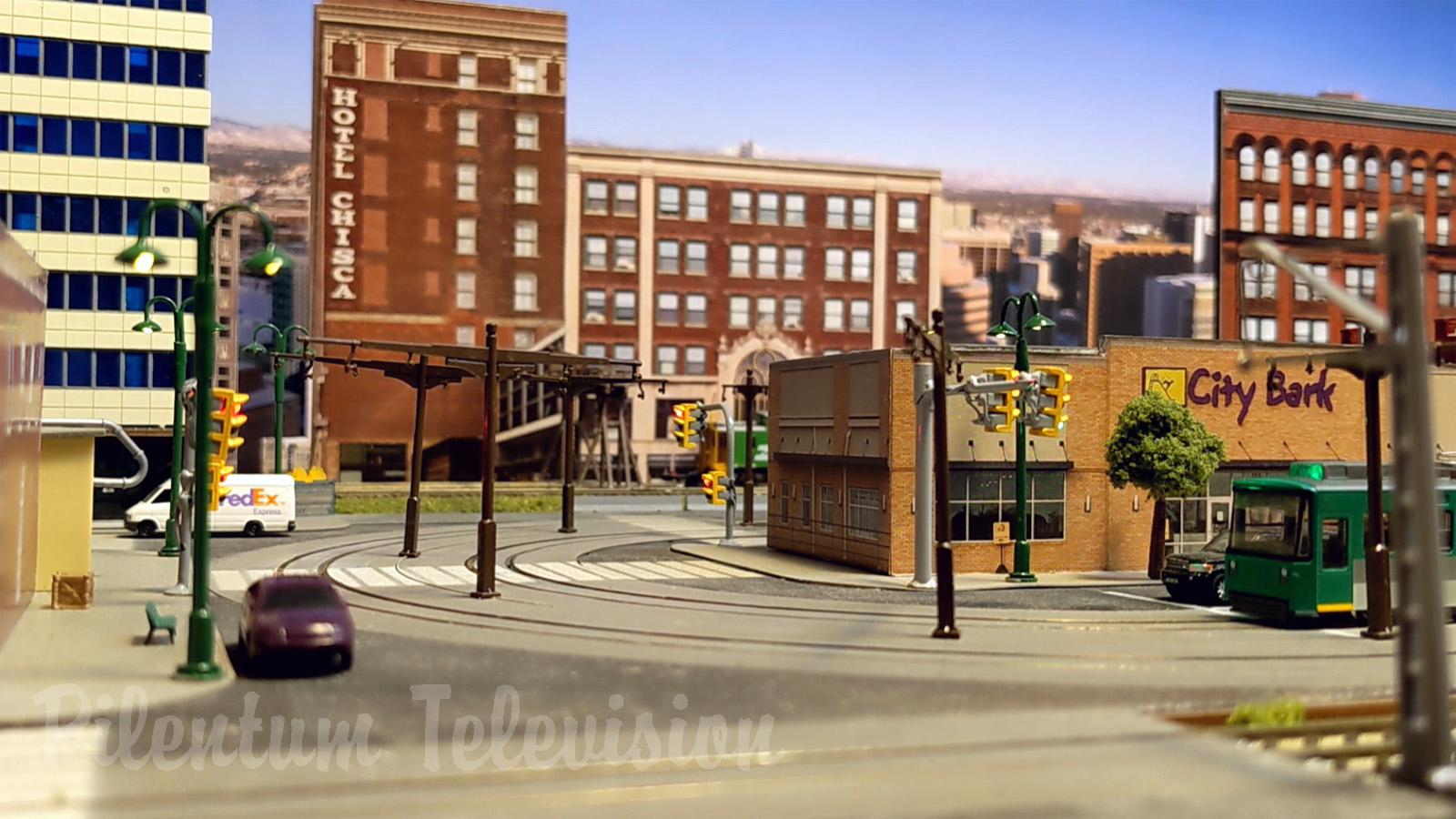 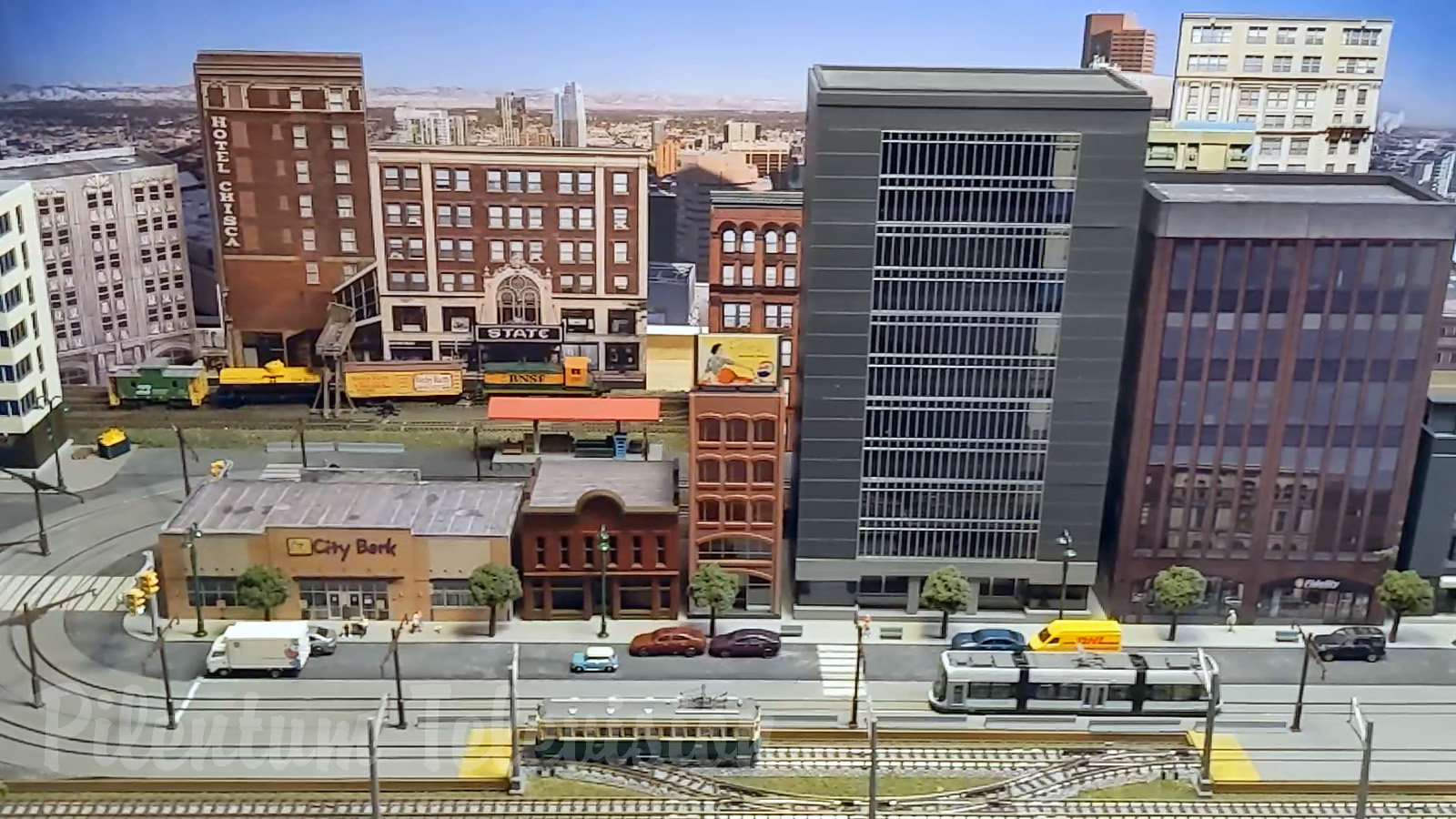 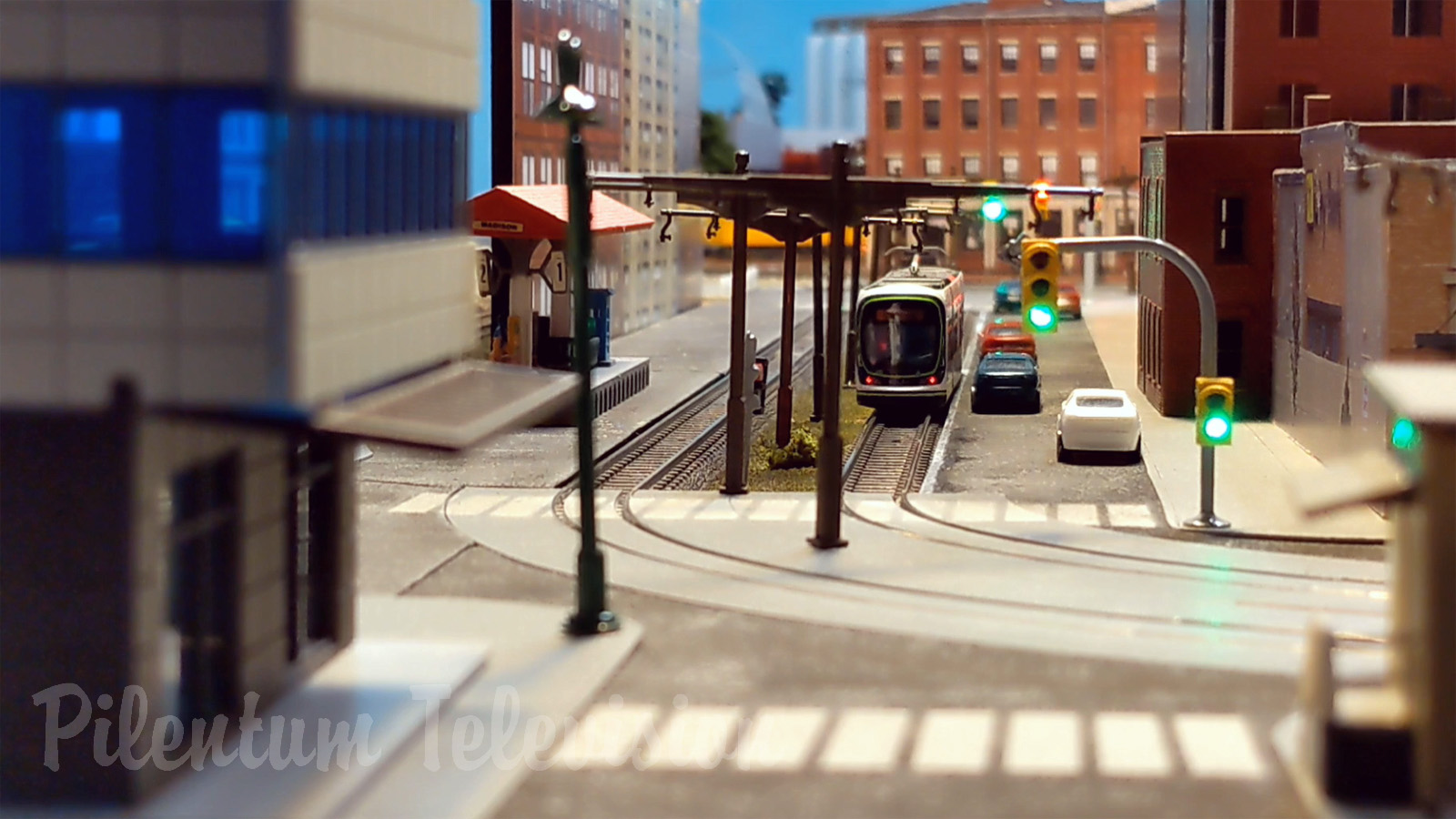 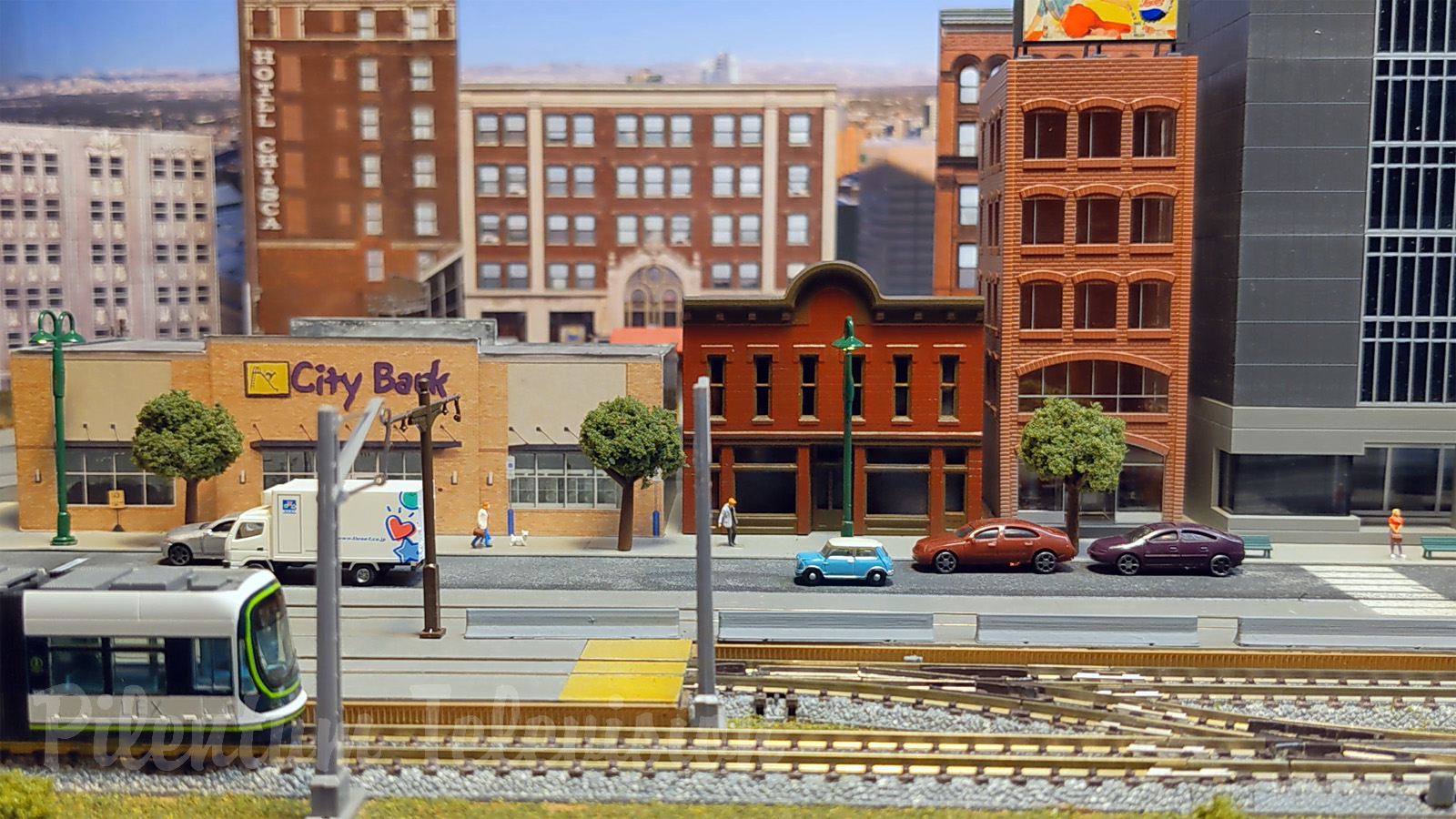 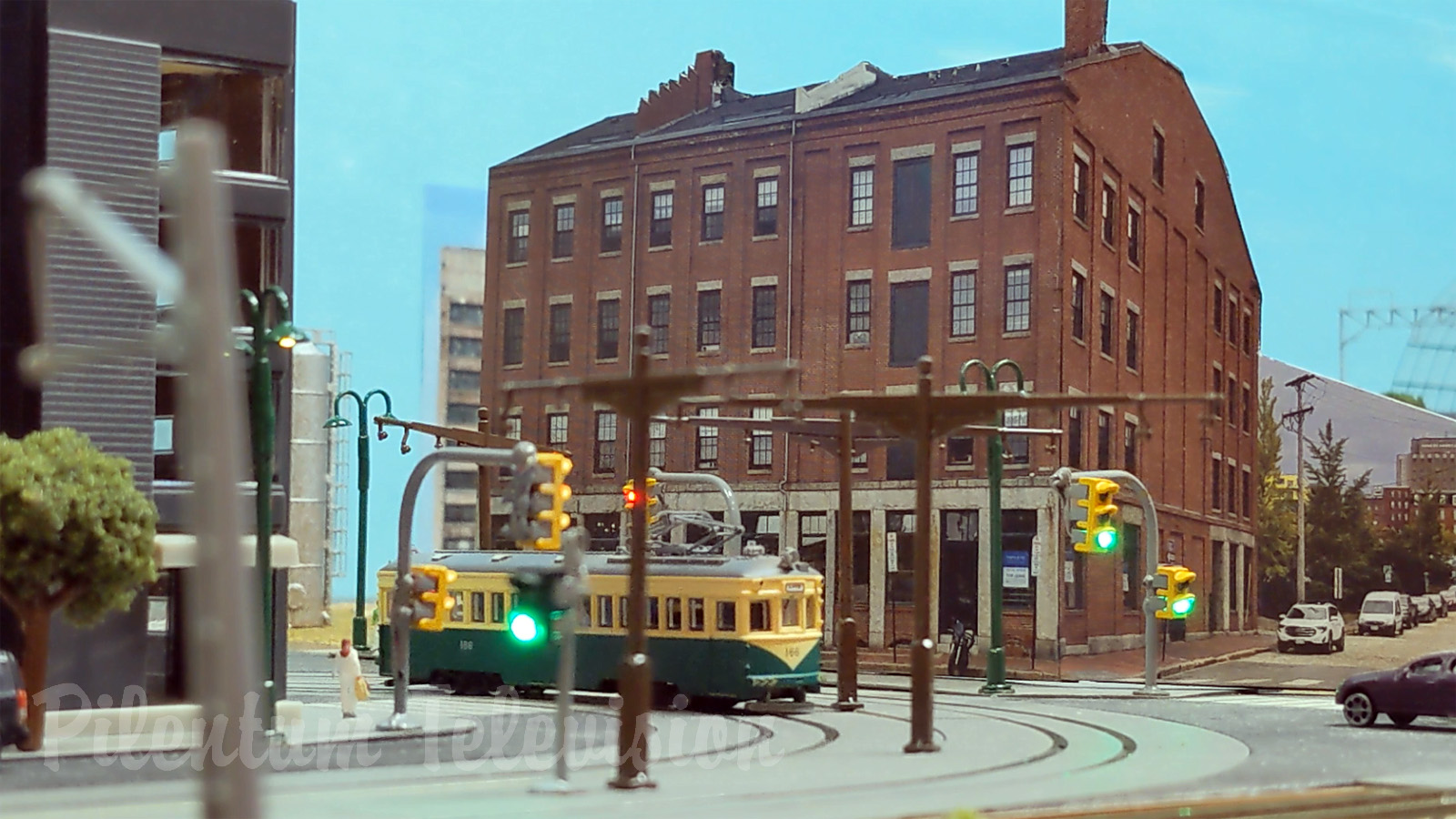 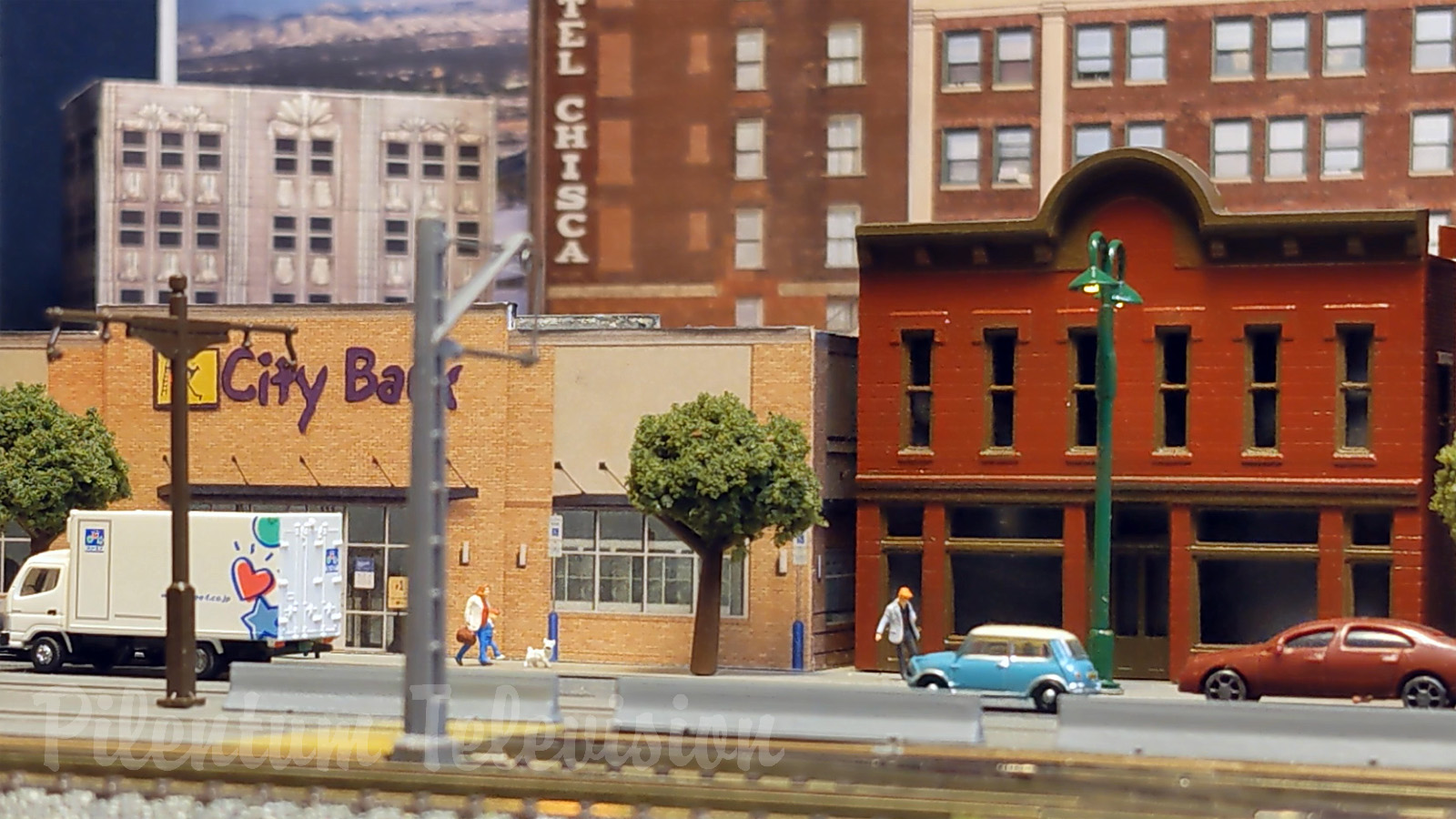 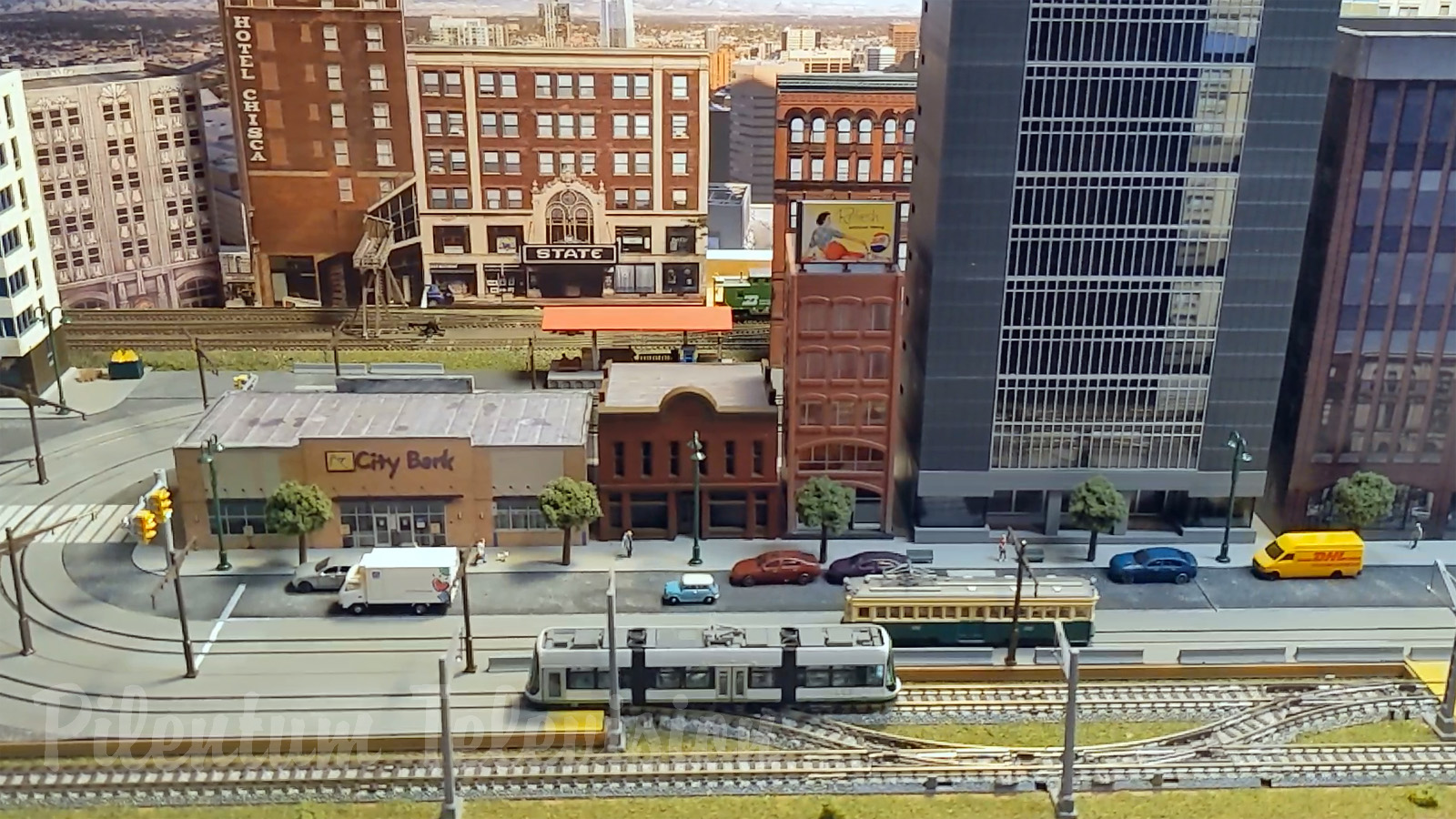 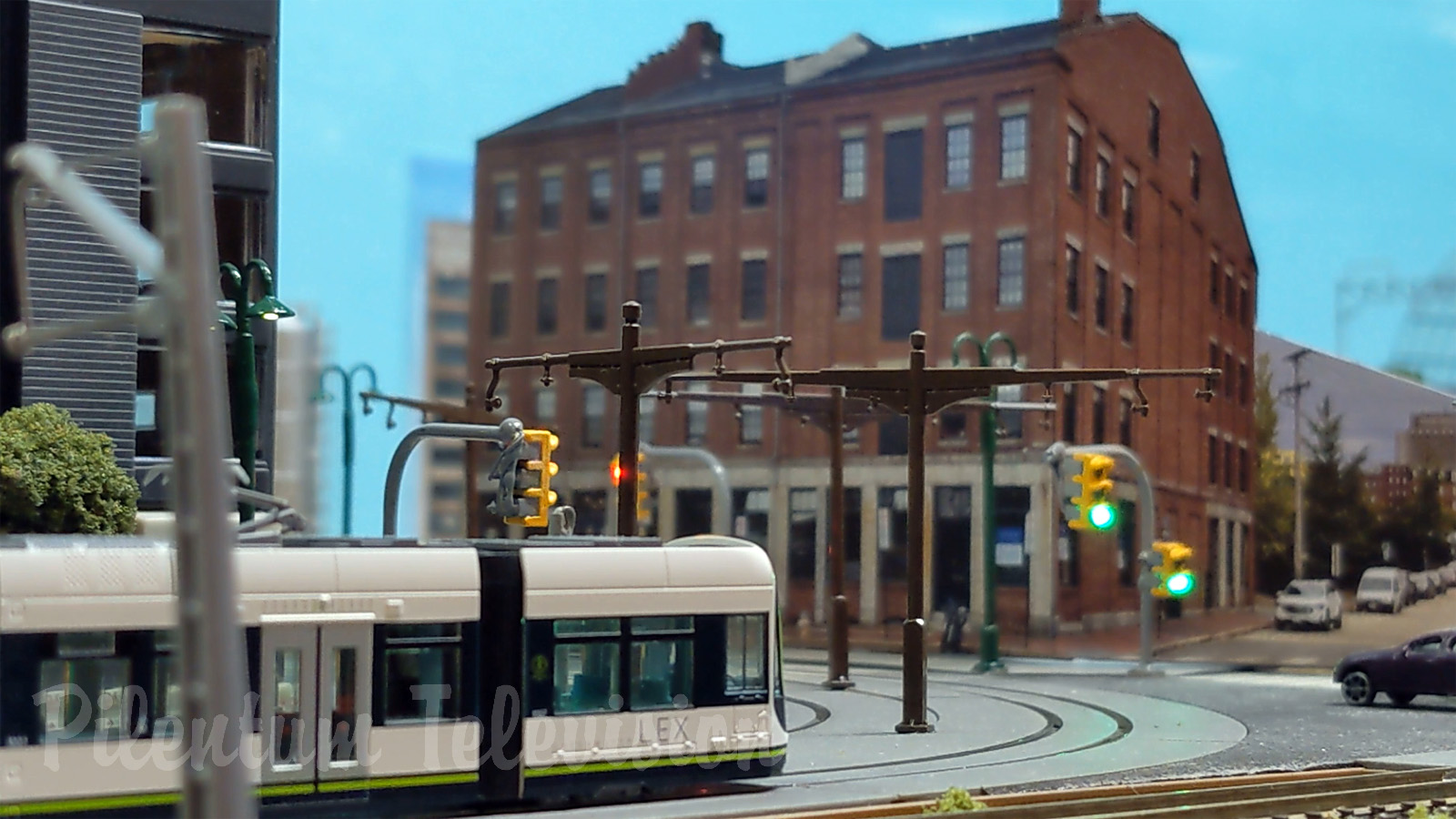 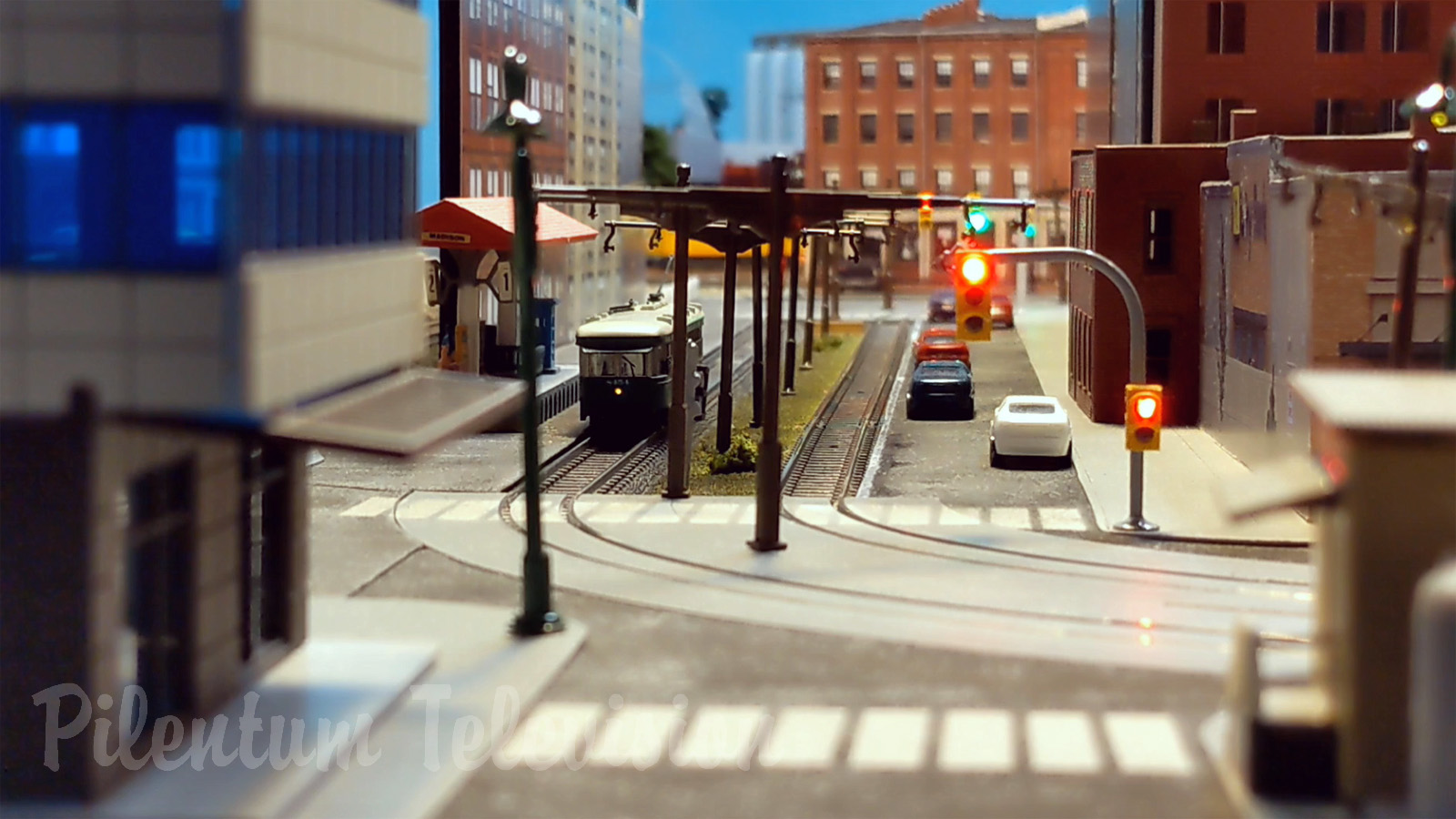 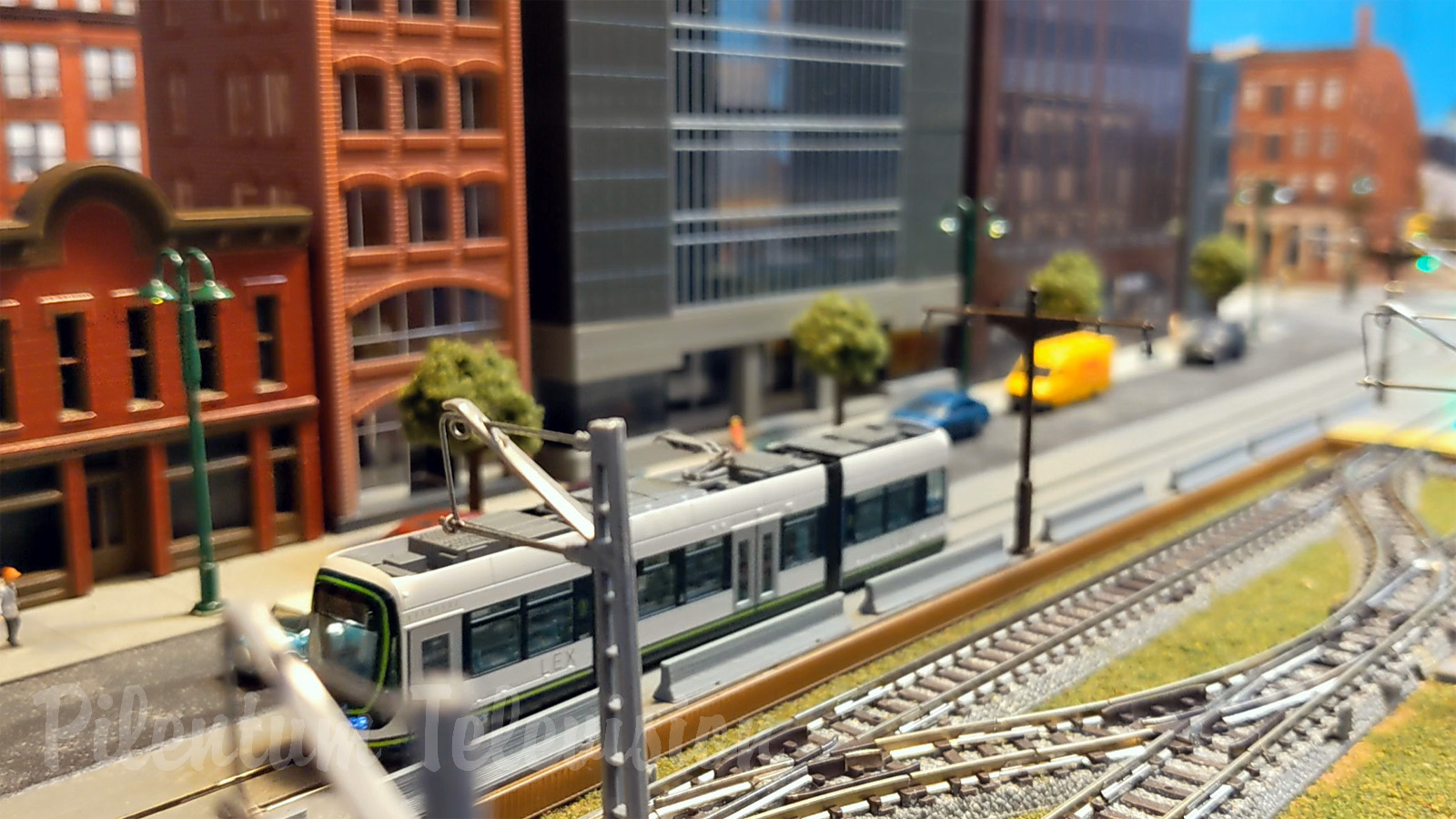 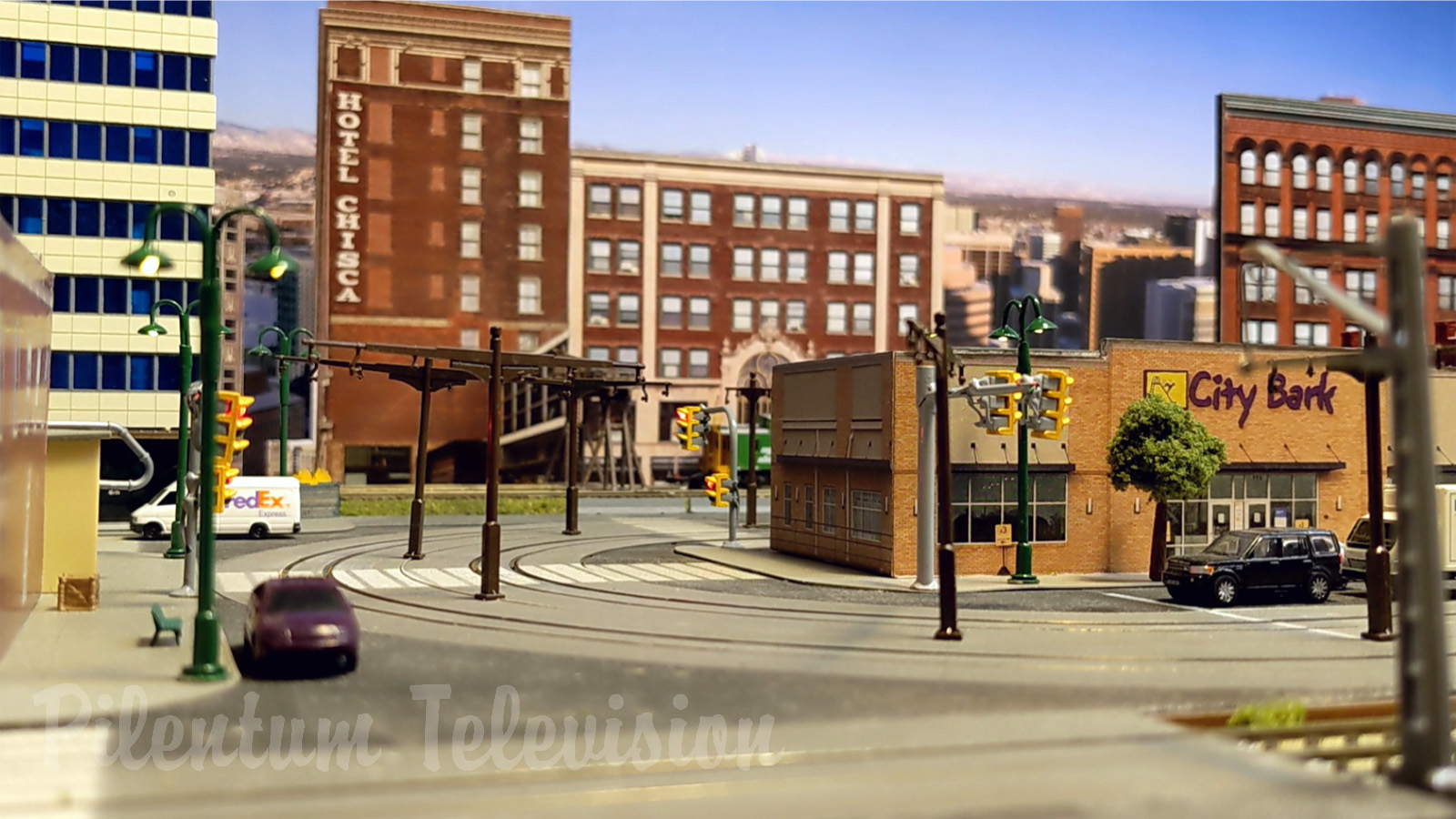 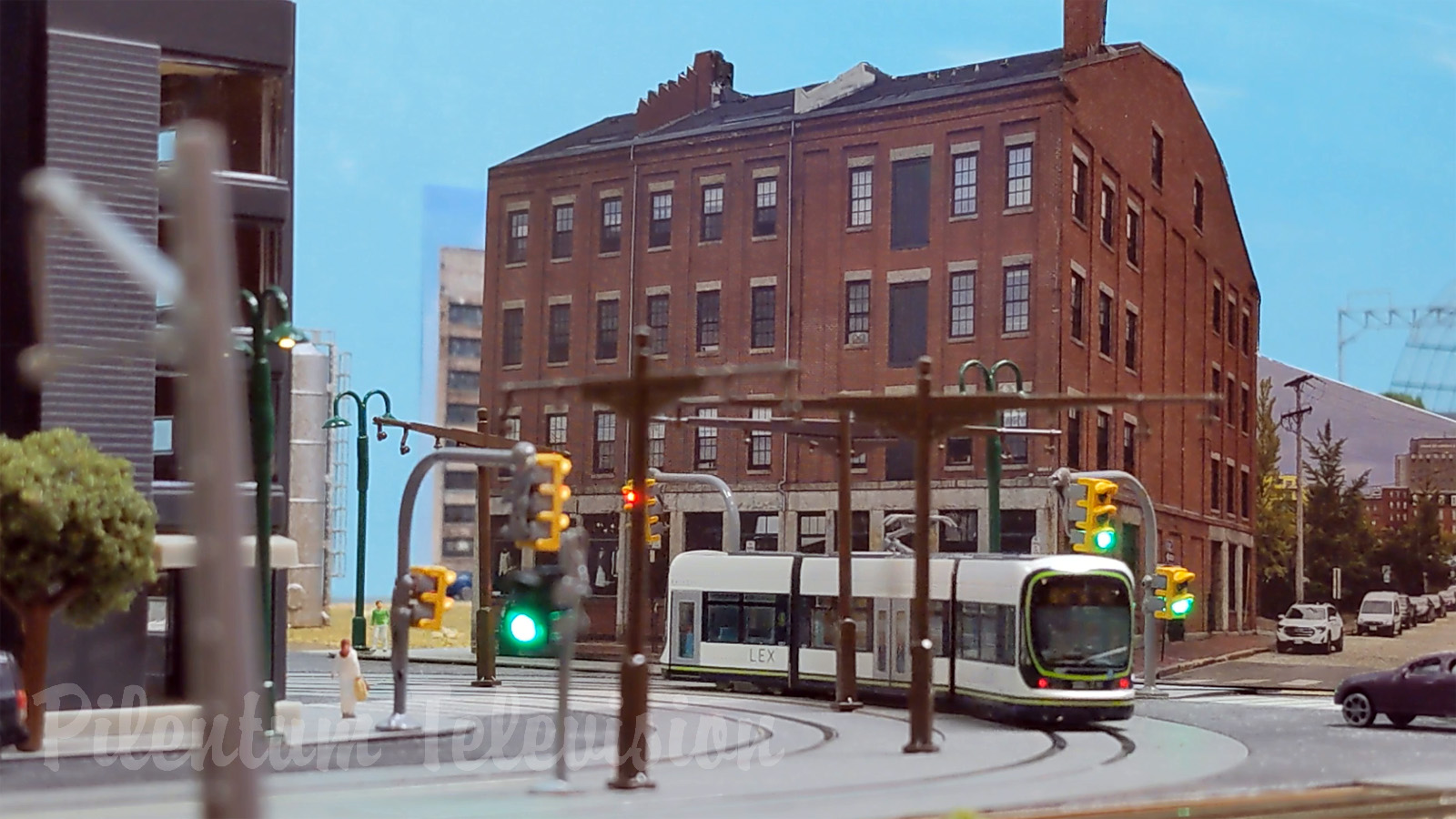 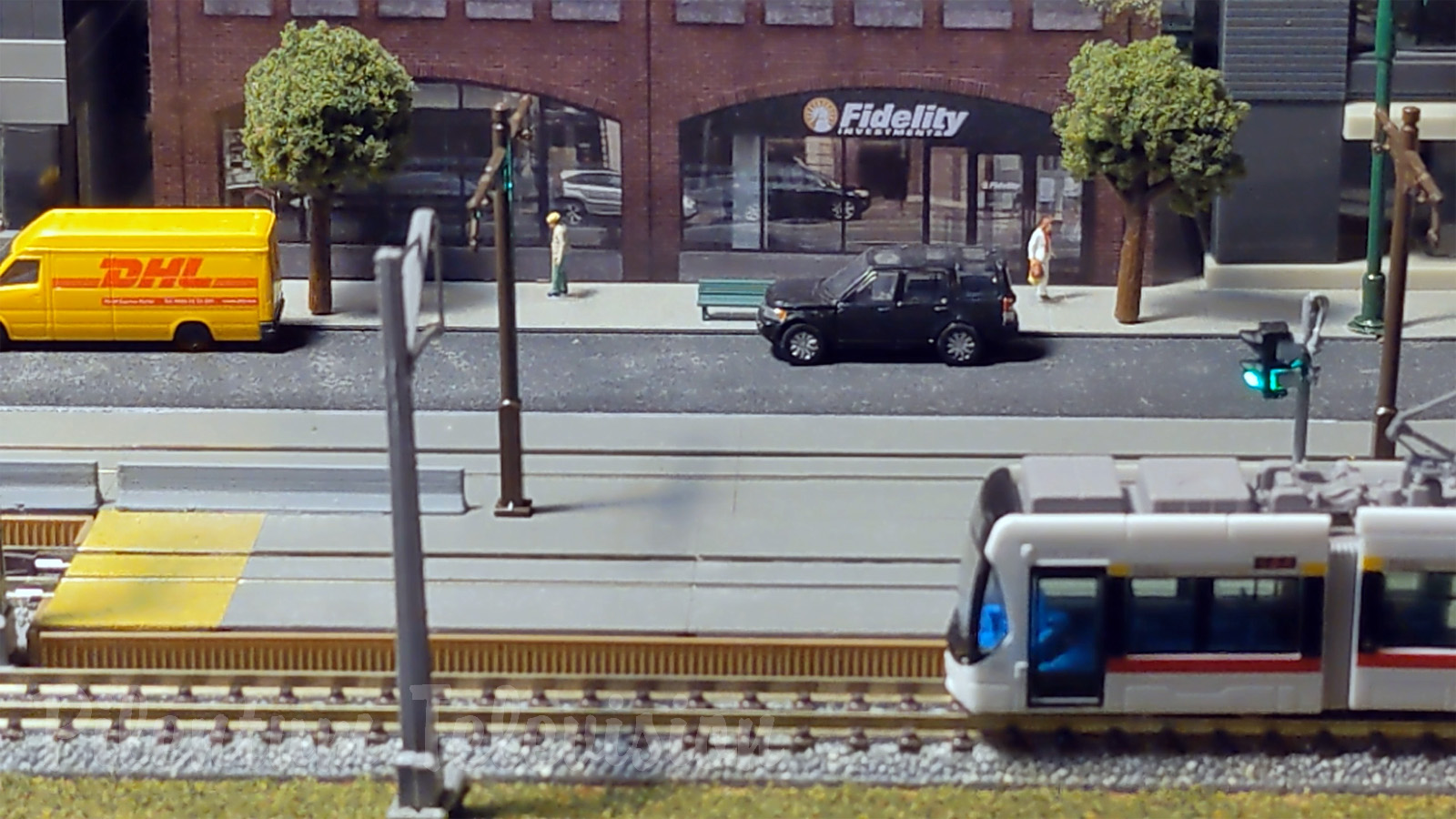 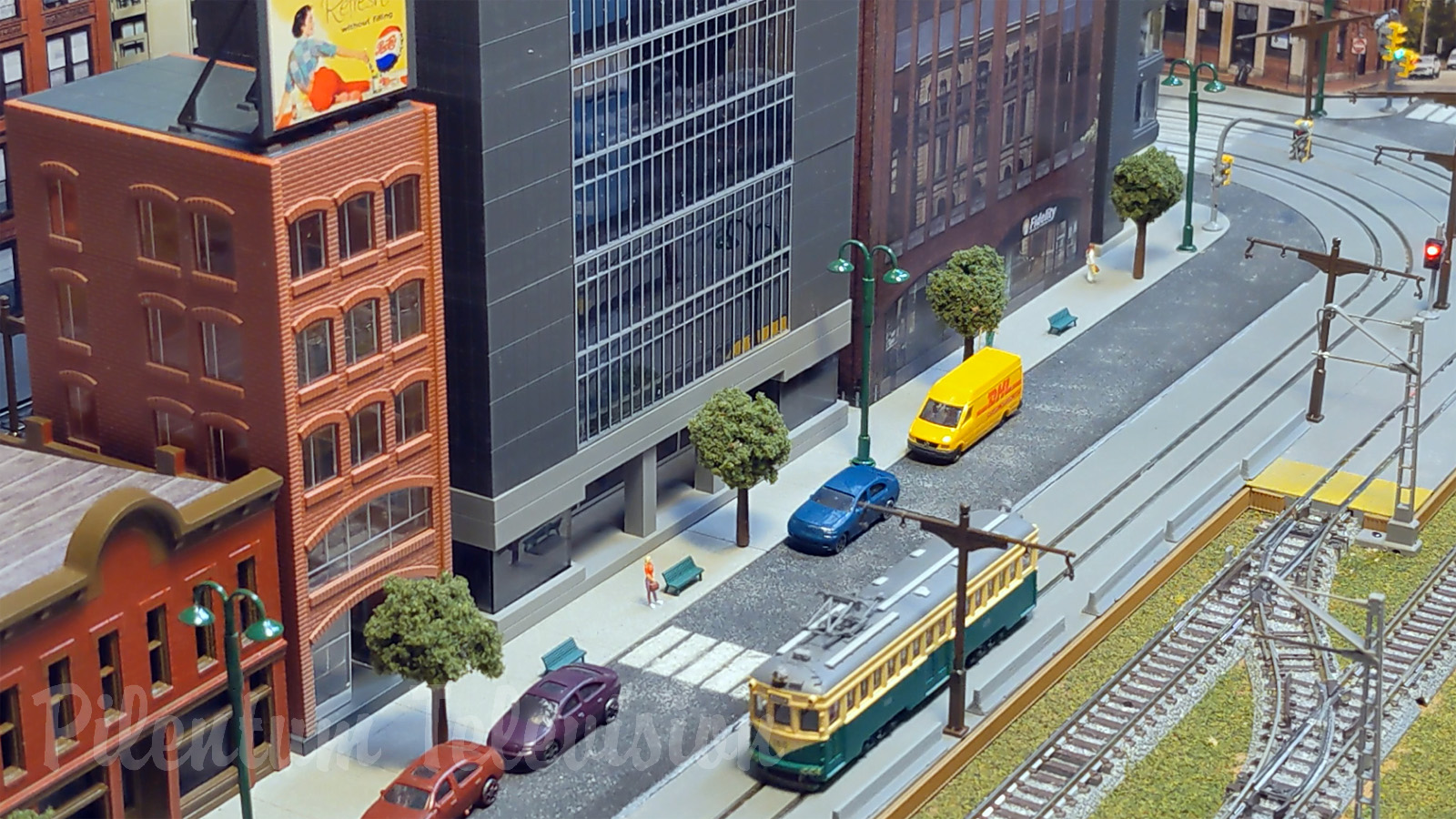 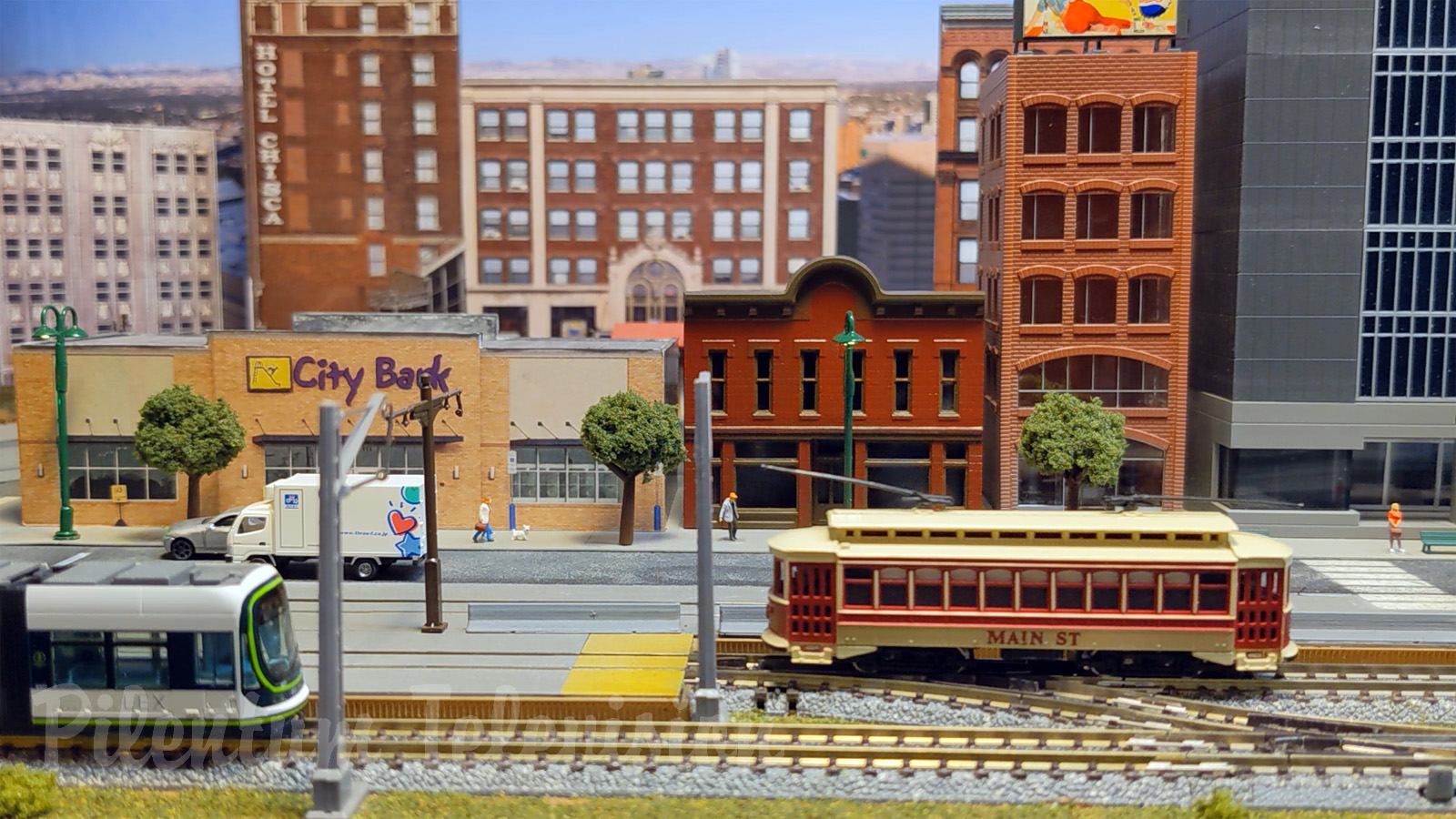 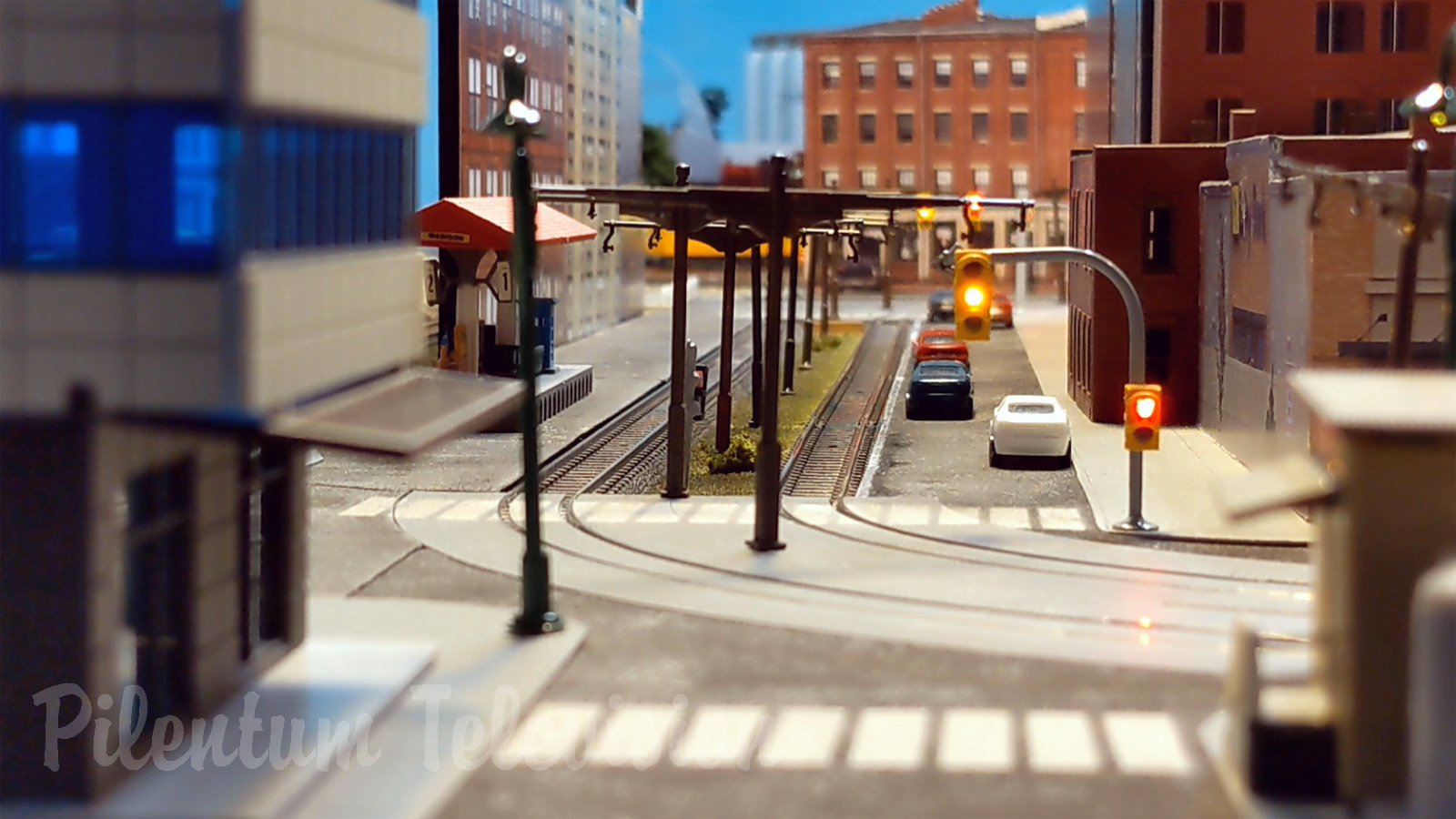 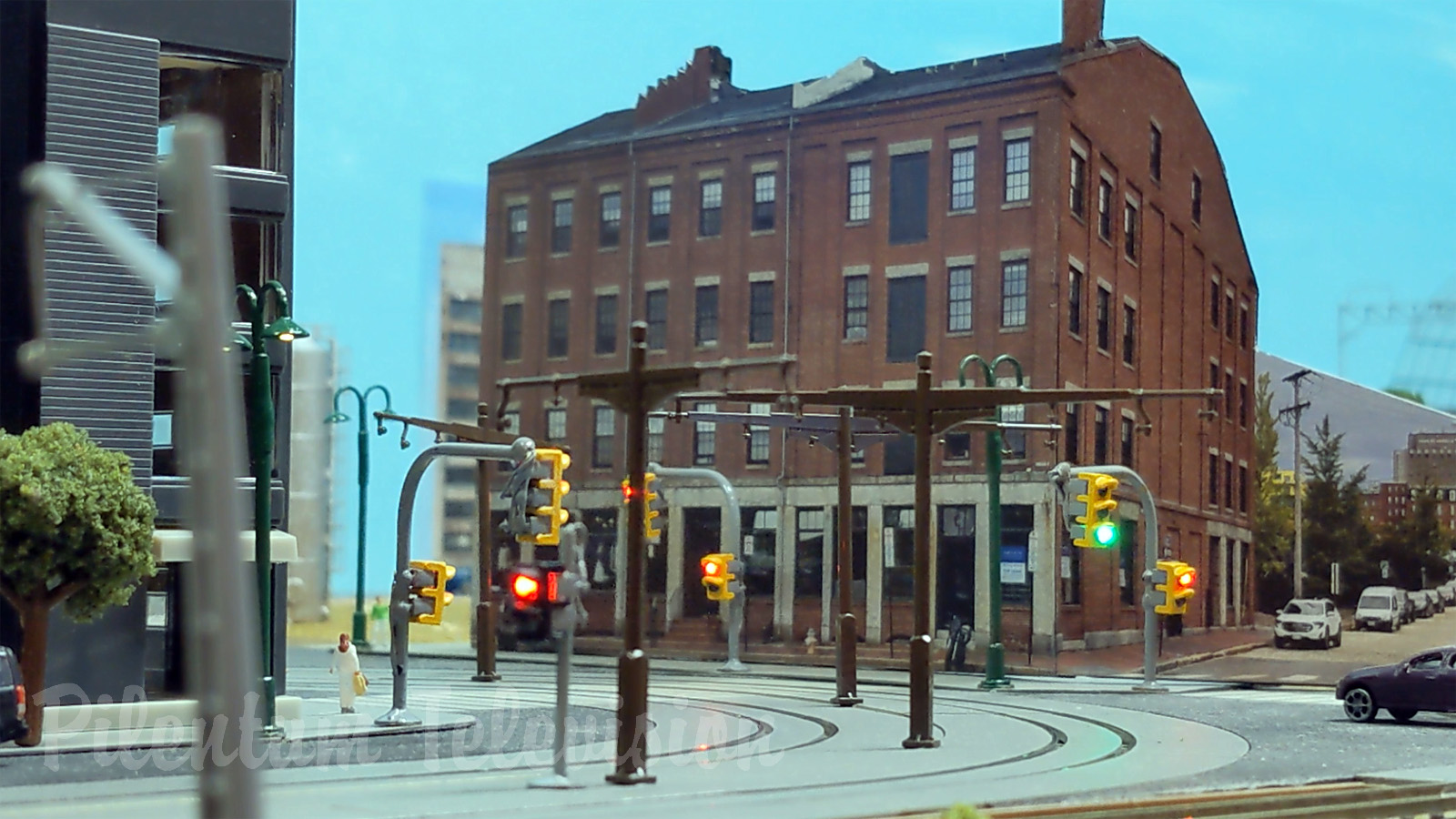