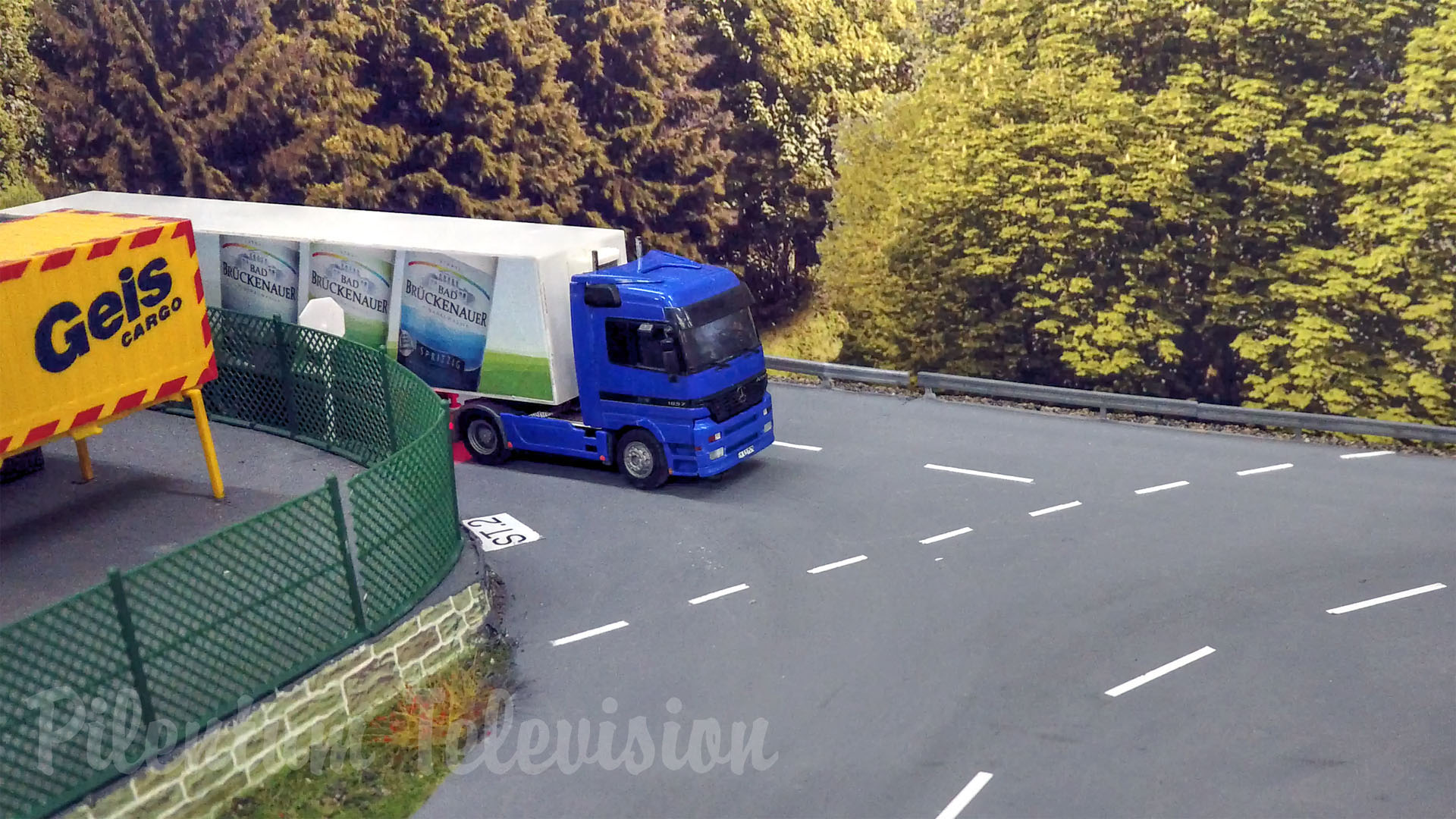 For years, model railroading or railway modelling has been experiencing a magnificent expansion due to scale model cars that drive automatically on model rail layouts. Although we love watching model trains on Pilentum’s YouTube Channel, it is also nice to see moving vehicles. These miniature car systems use either ultrasonic sensors or infrared sensors to control themselves. In principle, they are always based on a metal wire embedded underneath the road that serves as a guide for the battery powered vehicles.

The trucks we see in this video were built in HO scale by the German model railroad club “Eisenbahnfreunde Sinntalbahn”. These scale models are already a few years old and do not yet offer the manifold possibilities of lighting. Acceleration and braking seem jerky because the vehicles still have the very first generation of decoders installed for driving control. Nevertheless, the trucks drive over railroad crossings, stop at road intersections and pass construction sites.

Typical for model building is the possibility to either convert static car models by retrofitting decoders, electric motors, lights and steering axles into powered models, or to buy already ready-to-run models that can be used immediately on model railway layouts. Furthermore, there are different variations to control the vehicles. For example, all vehicles can be controlled by using software - similar to the control of model trains via DCC. This allows previously defined program sequences to be displayed on model railroad layouts. However, because many modelers also like to play individually with their vehicles, computer control can be displaced by radio remote controls. Finally, possibilities and the fun of playing are limitless!