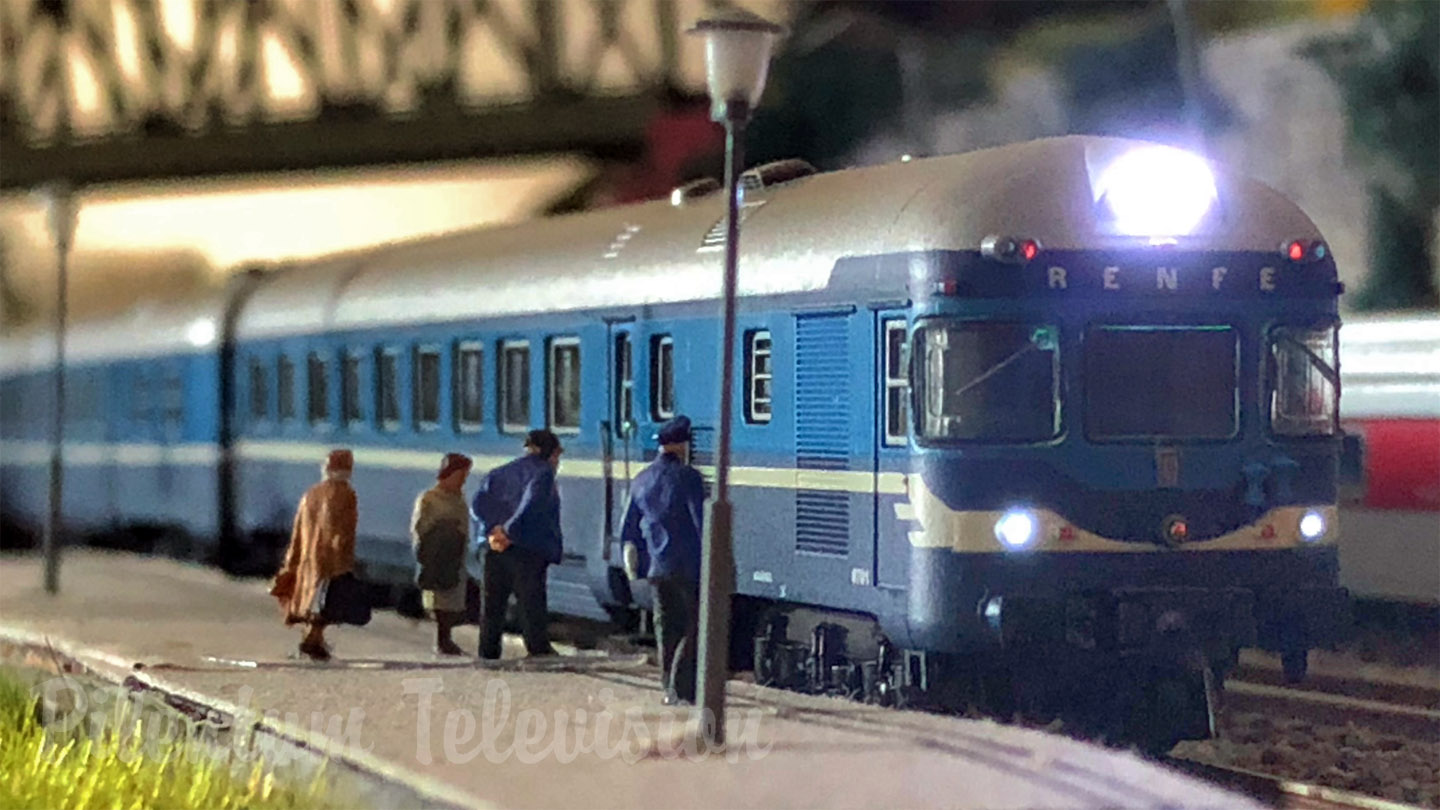 In this video, we discover a Spanish N scale model railroad layout built by Adrian from Barcelona, Spain. No, it is not a professional model railway layout for exhibitions, and yes, the catenary is missing. However, it is an N scale layout built with love by a model railroader who loves to watch Pilentum’s videos. Adrian’s model train layout is only 2.50 m x 0.50 m, but still offers plenty of space for shunting and running model trains.

The scenery is set on the Iberian Peninsula. The buildings are replicas of real buildings found on the Spanish rail network. In the center of the N scale layout, there is a small station with three tracks. Two of the tracks are equipped with a platform and are intended for local passenger traffic, while the third track is kept ready for shunting operations. The level crossing, which is located right next to the station building, visually separates the N scale layout into a right and left side: On the right side there is a small locomotive shed, which is adjoined by a double-track freight yard; on the left side there is a railroad bridge crossing an industrial harbour.

Most of the time, locomotives and trains of the Spanish National Railway Network RENFE (“Red Nacional de los Ferrocarriles Españoles”) are in use. Since Adrian plans to dismantle this N gauge layout and construct a completely new model layout, it was very important to him to get something like a commemorative video made by Pilentum. Furthermore, he also wanted to use Pilentum’s video to illustrate Spanish model railroading to Pilentum’s viewers. If you want to see and read more about Adrian’s new model railroad, you can follow his construction progress on Instagram. 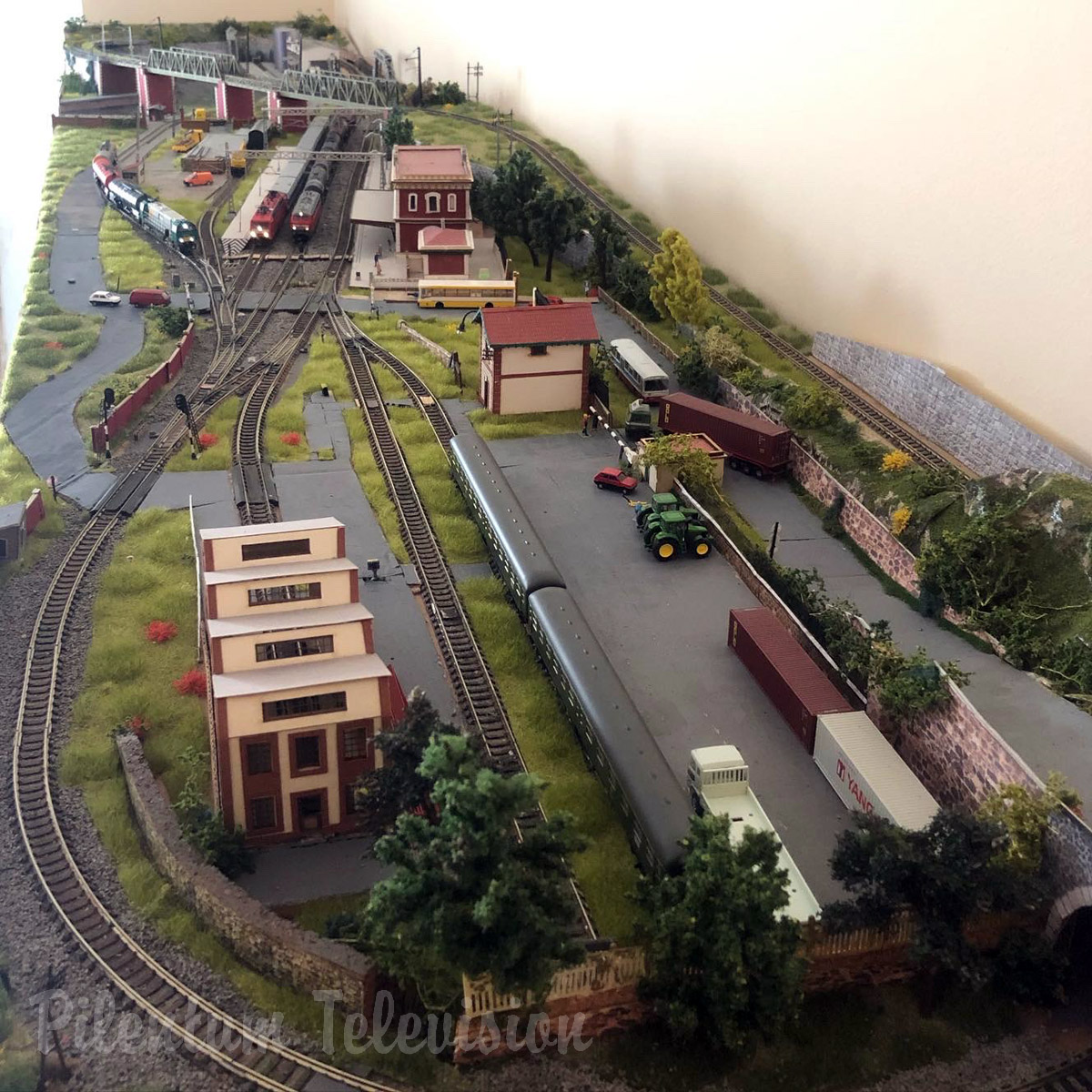 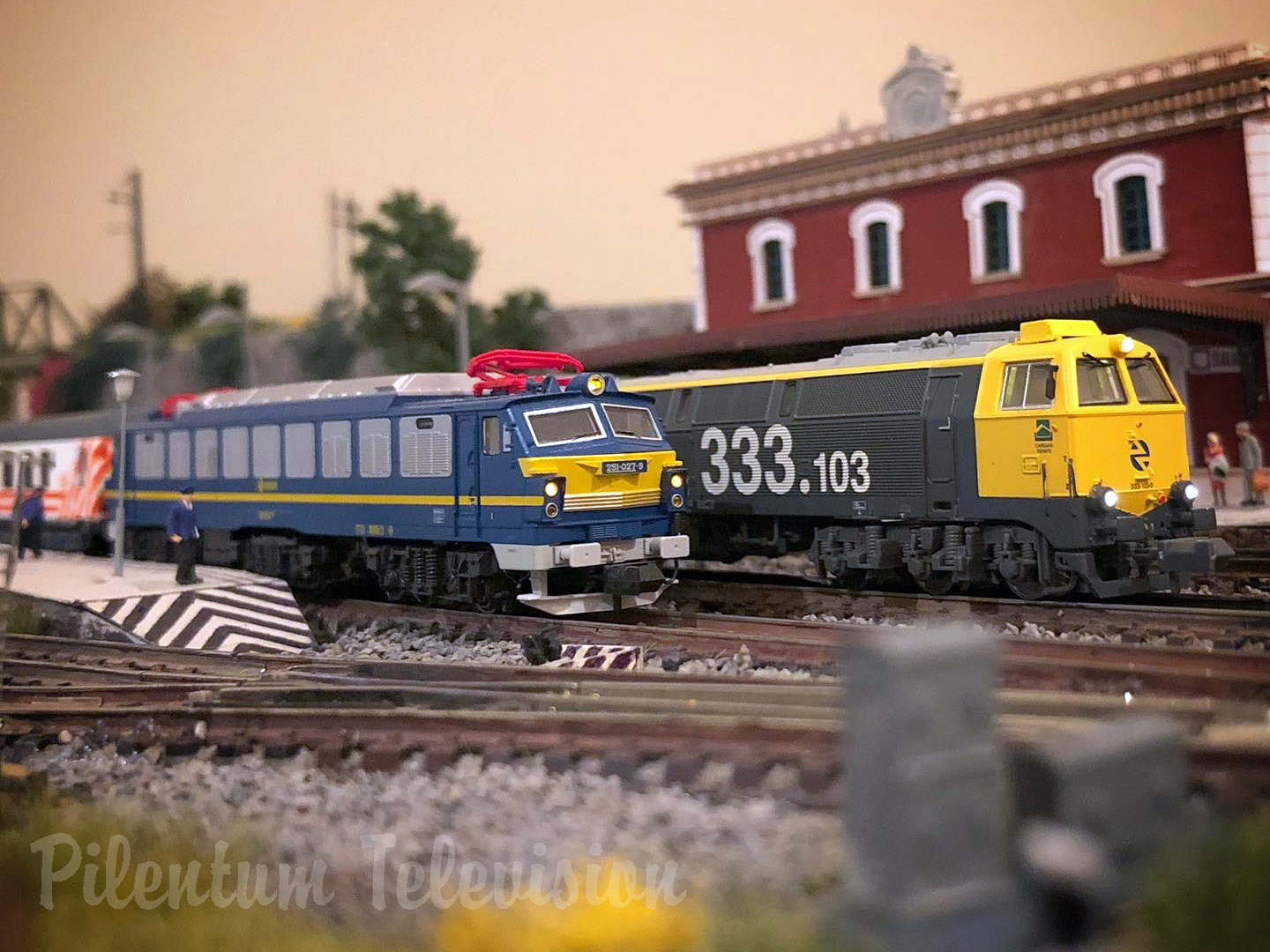 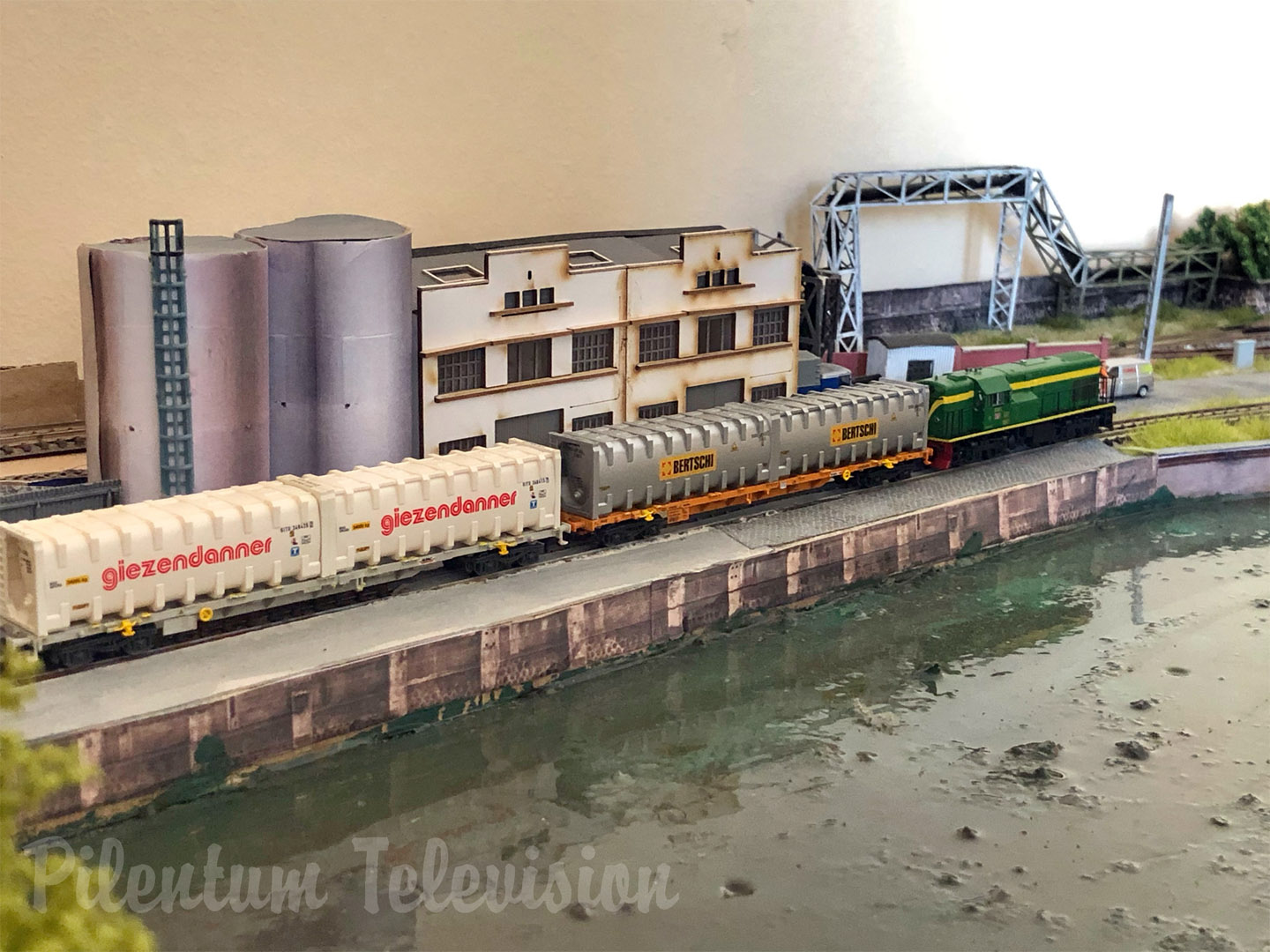 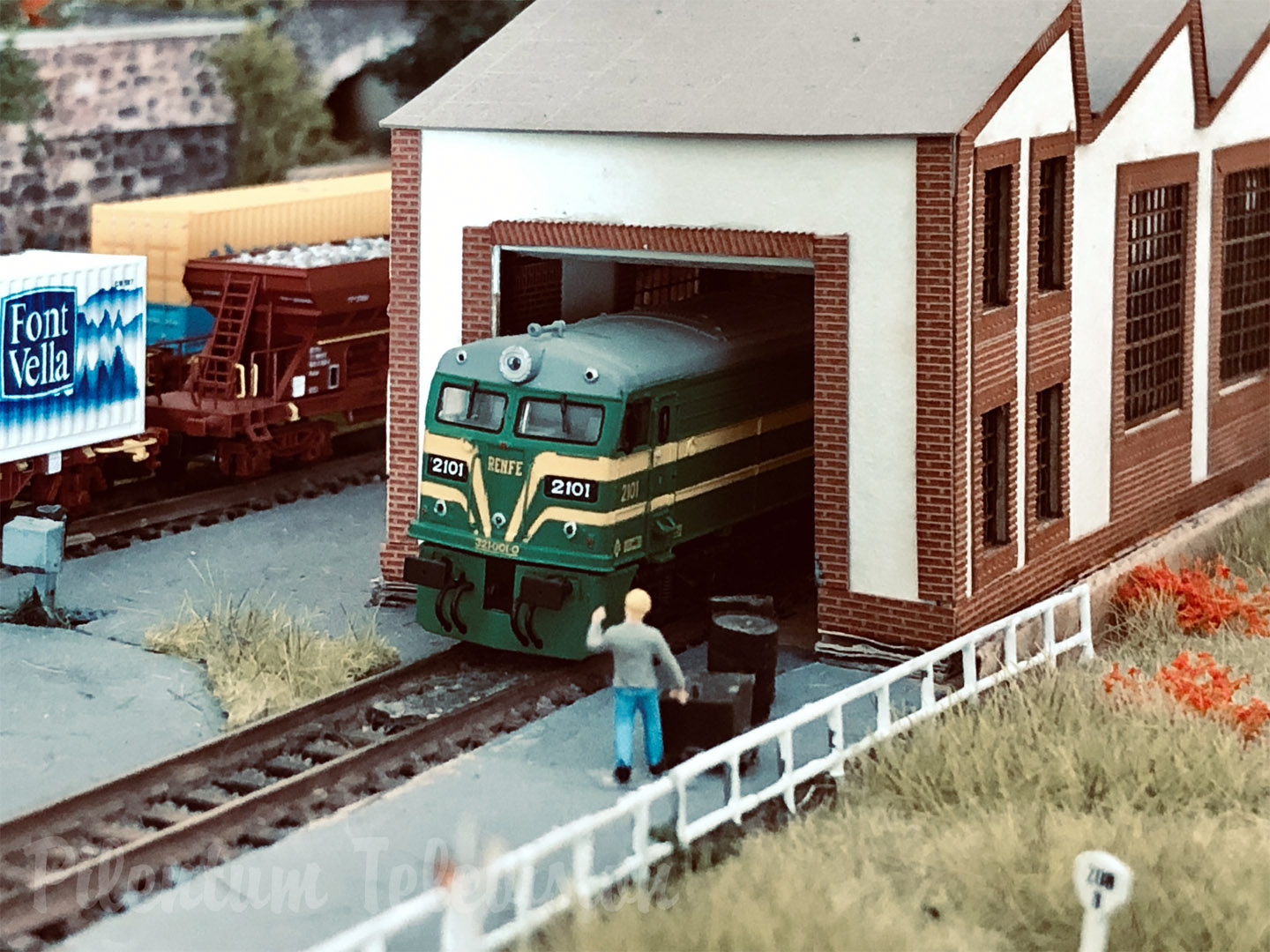 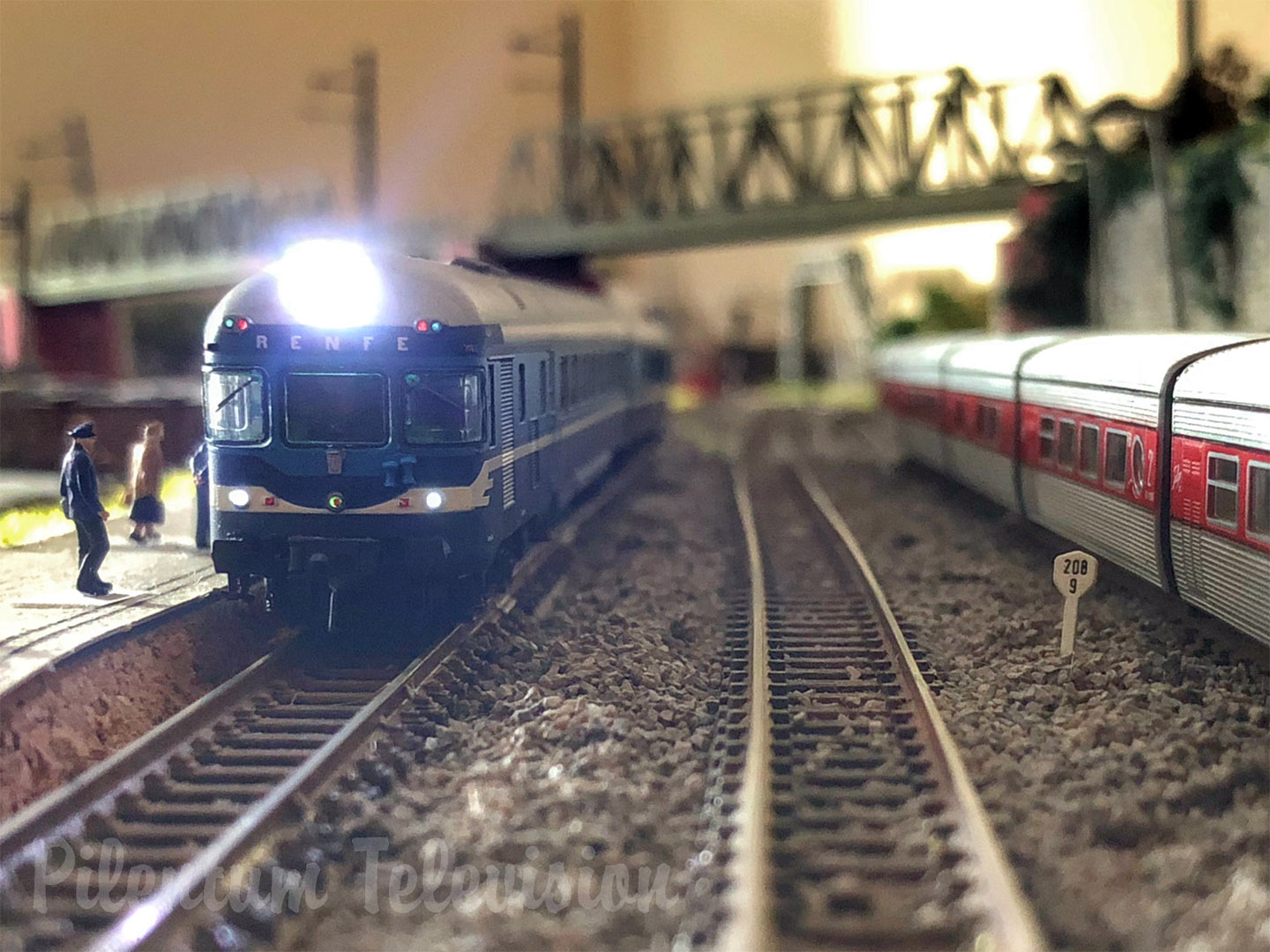 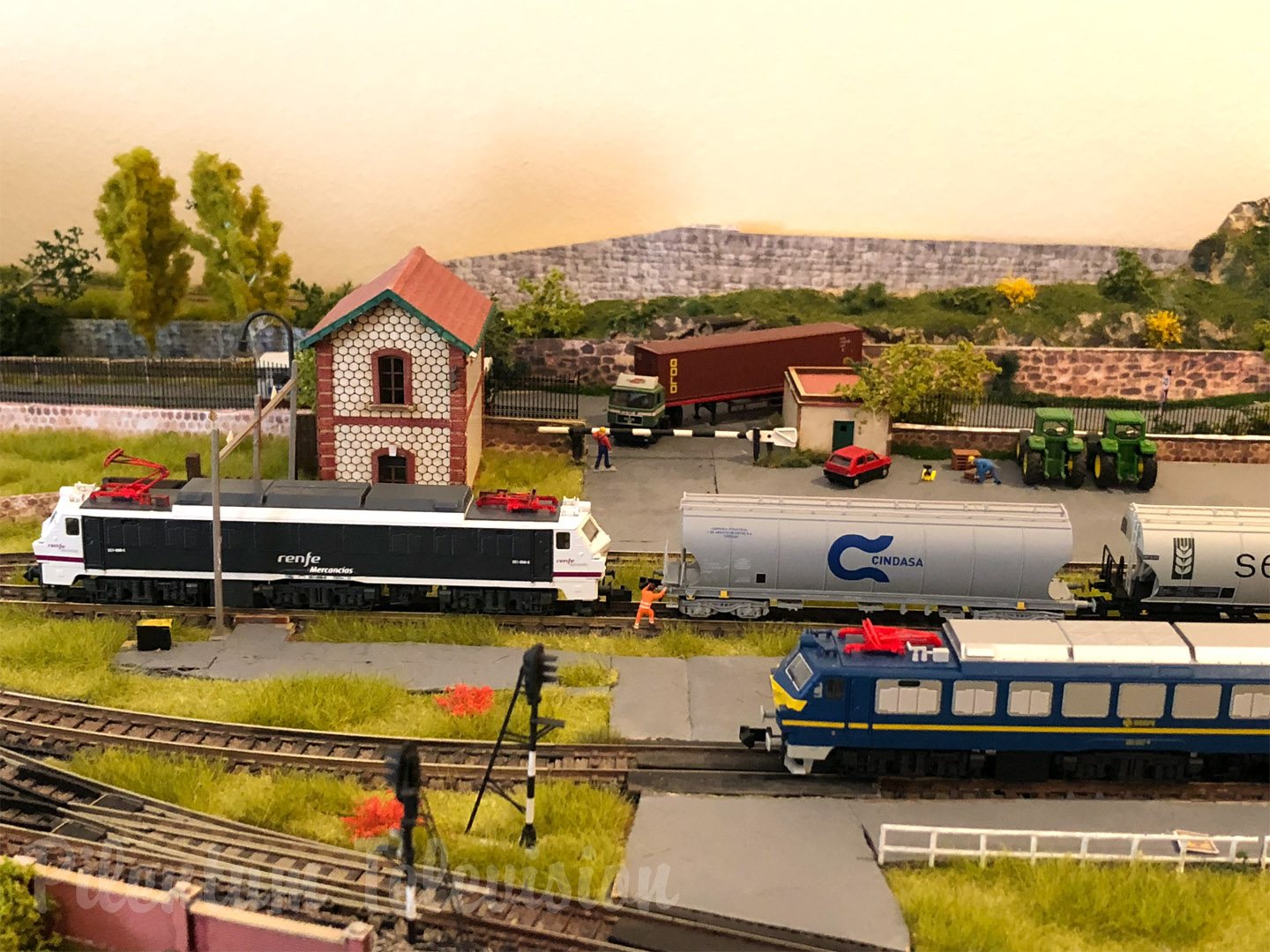 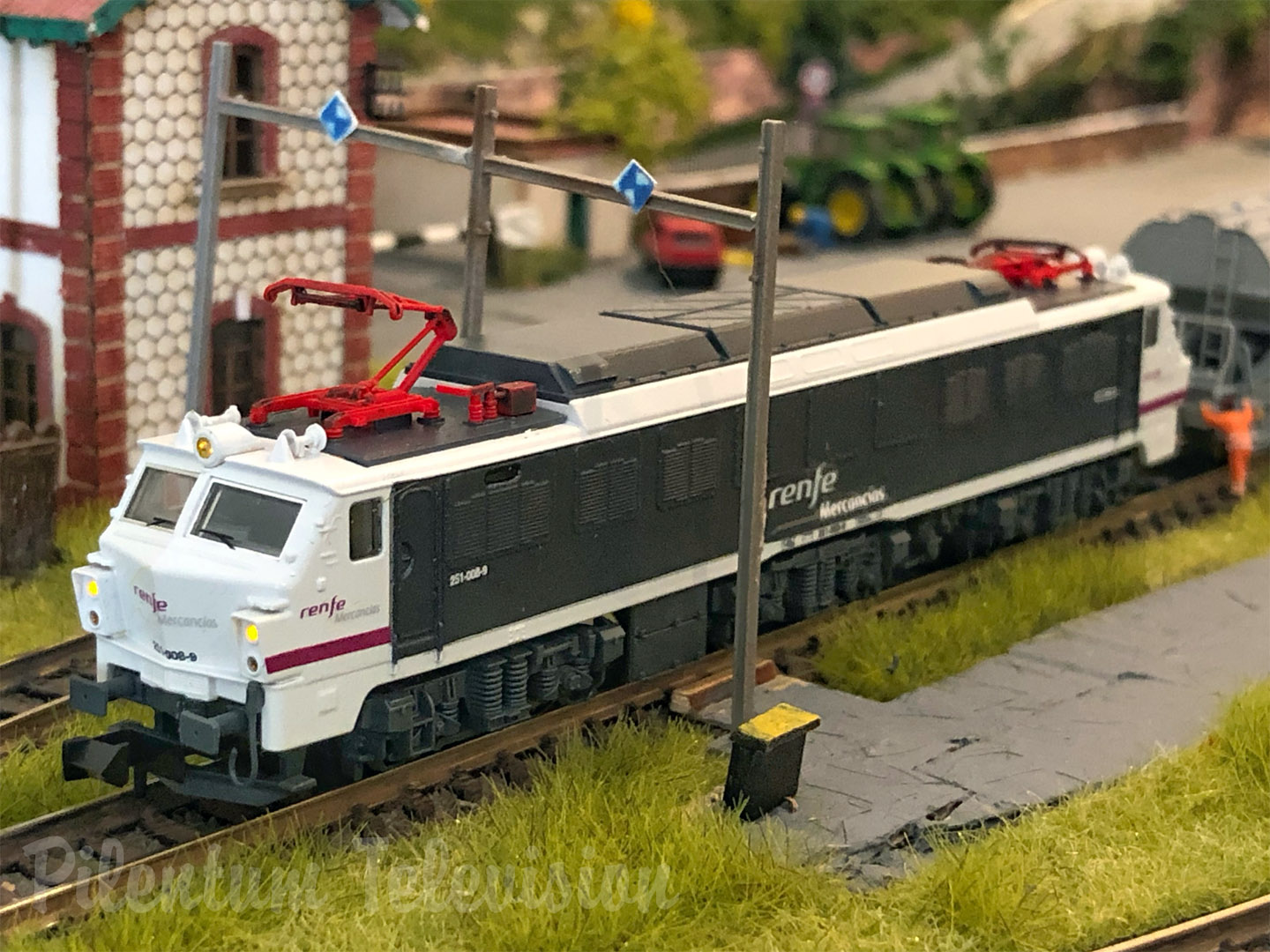 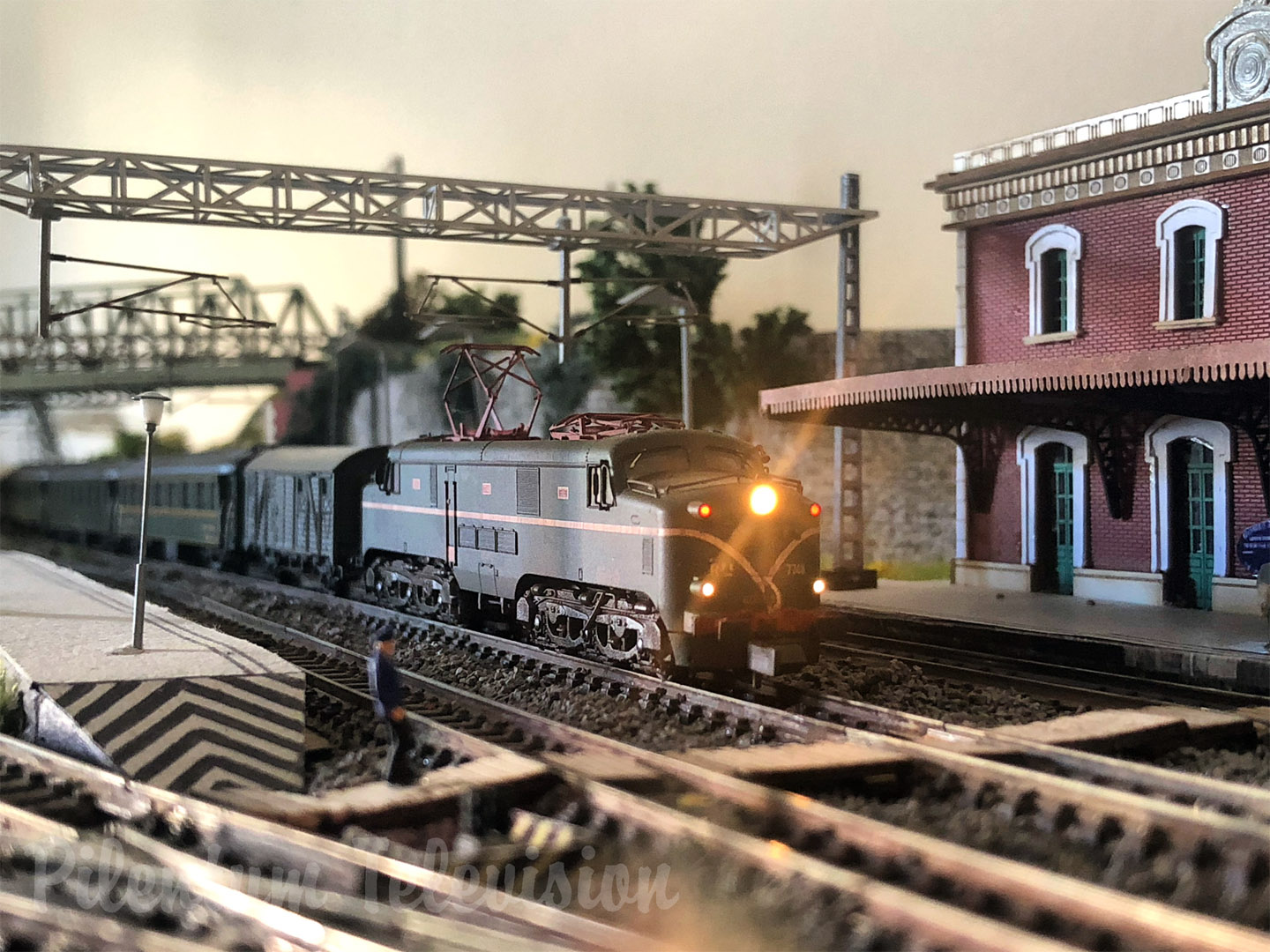 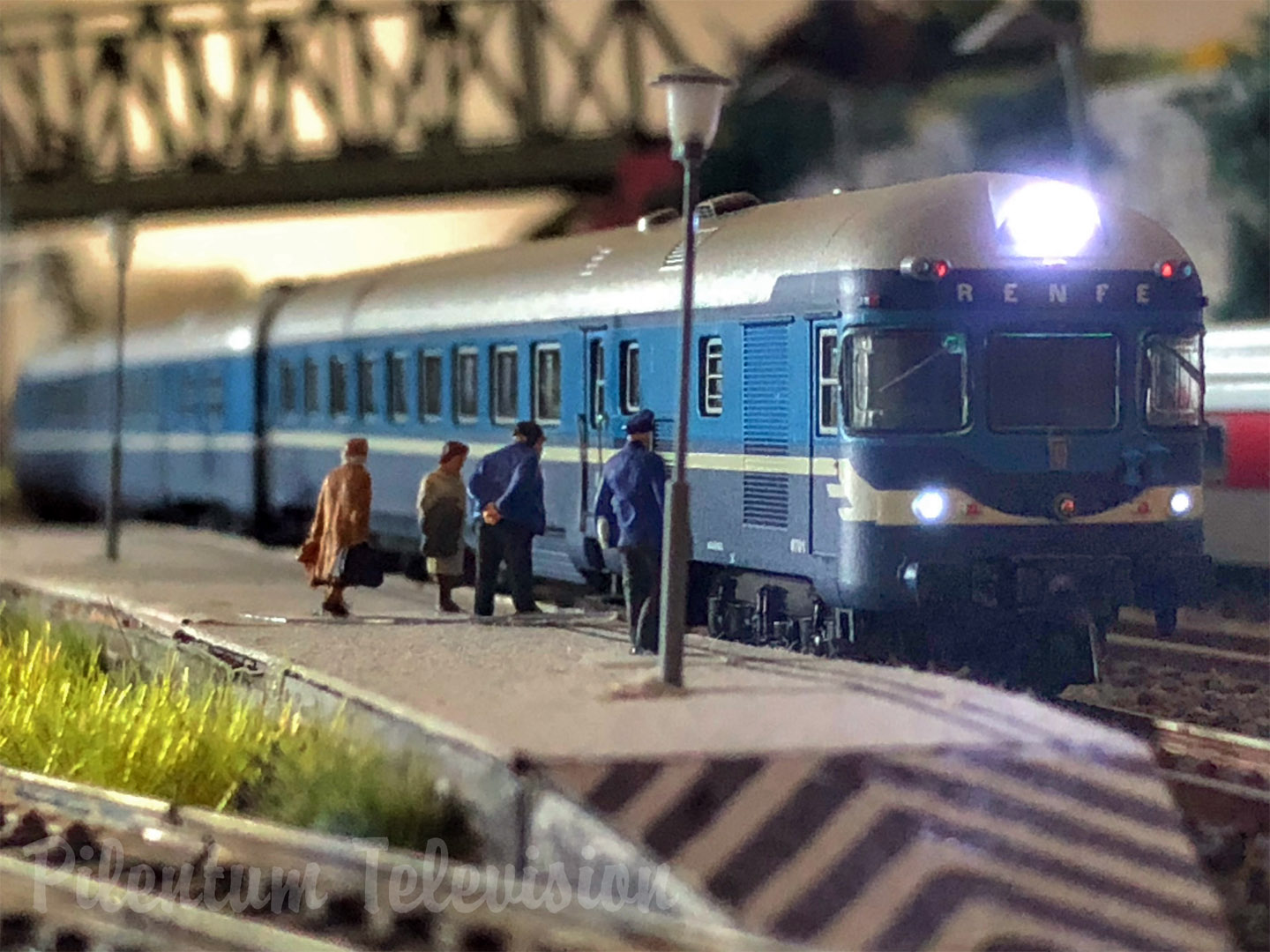 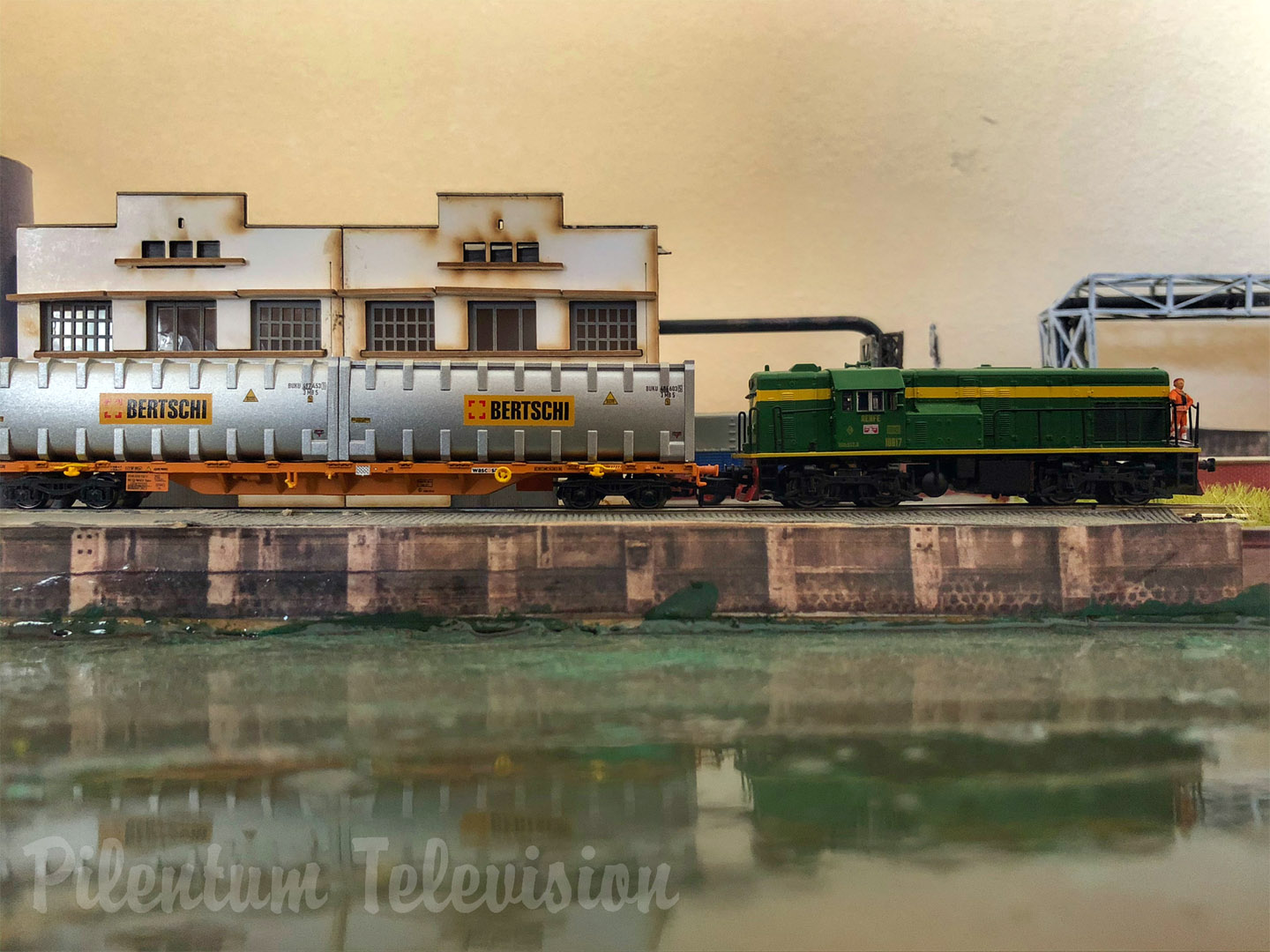 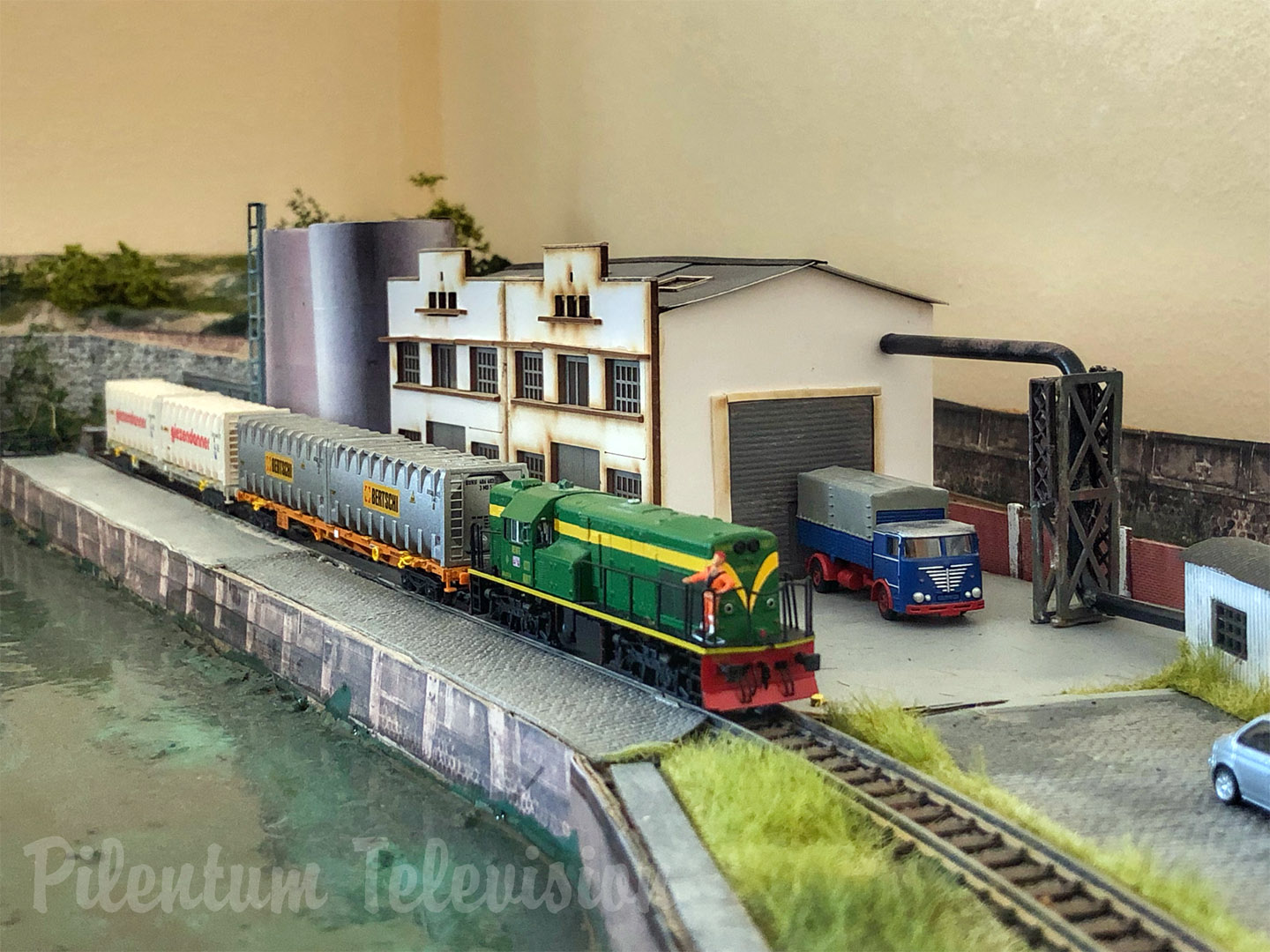 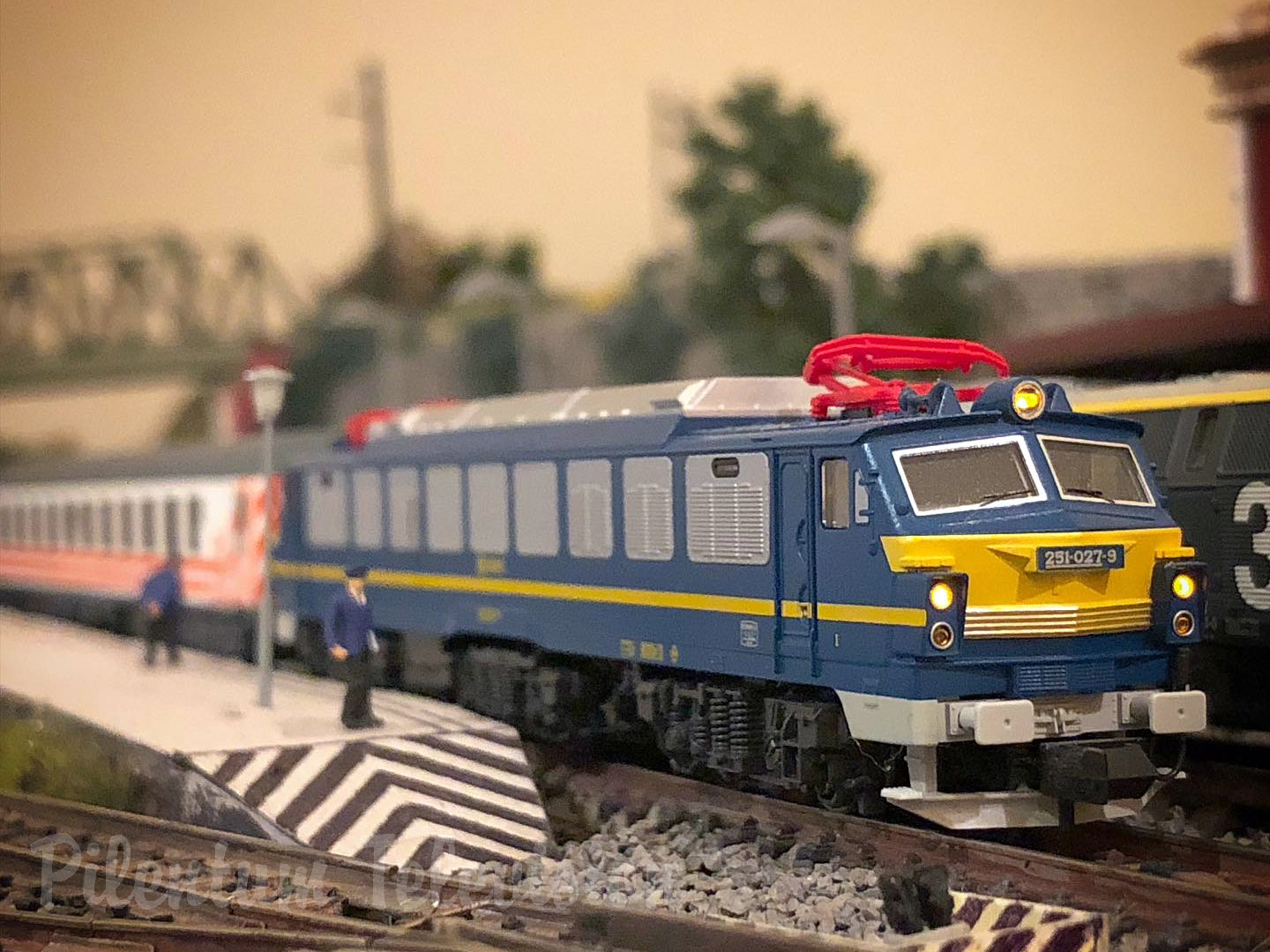 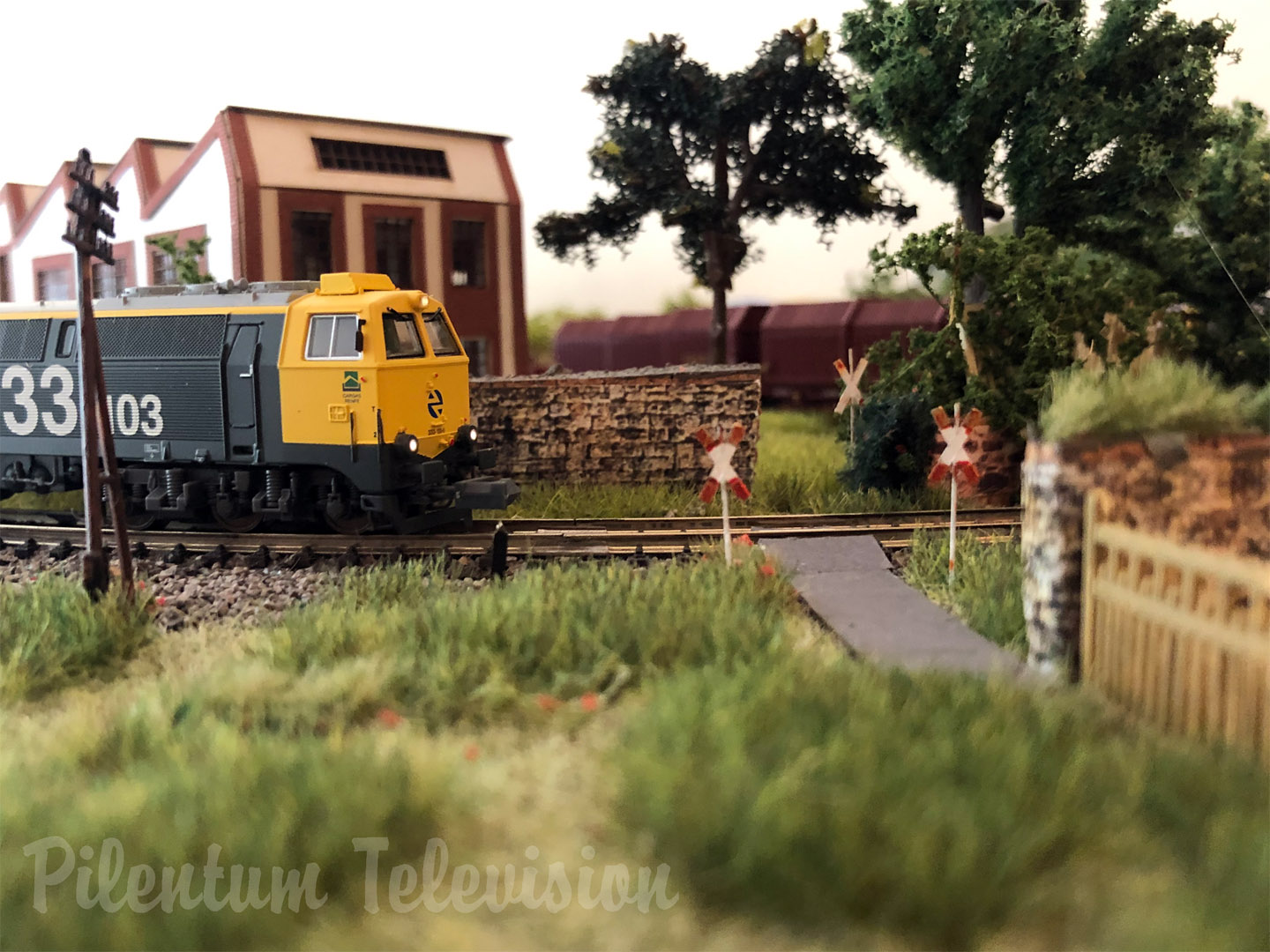 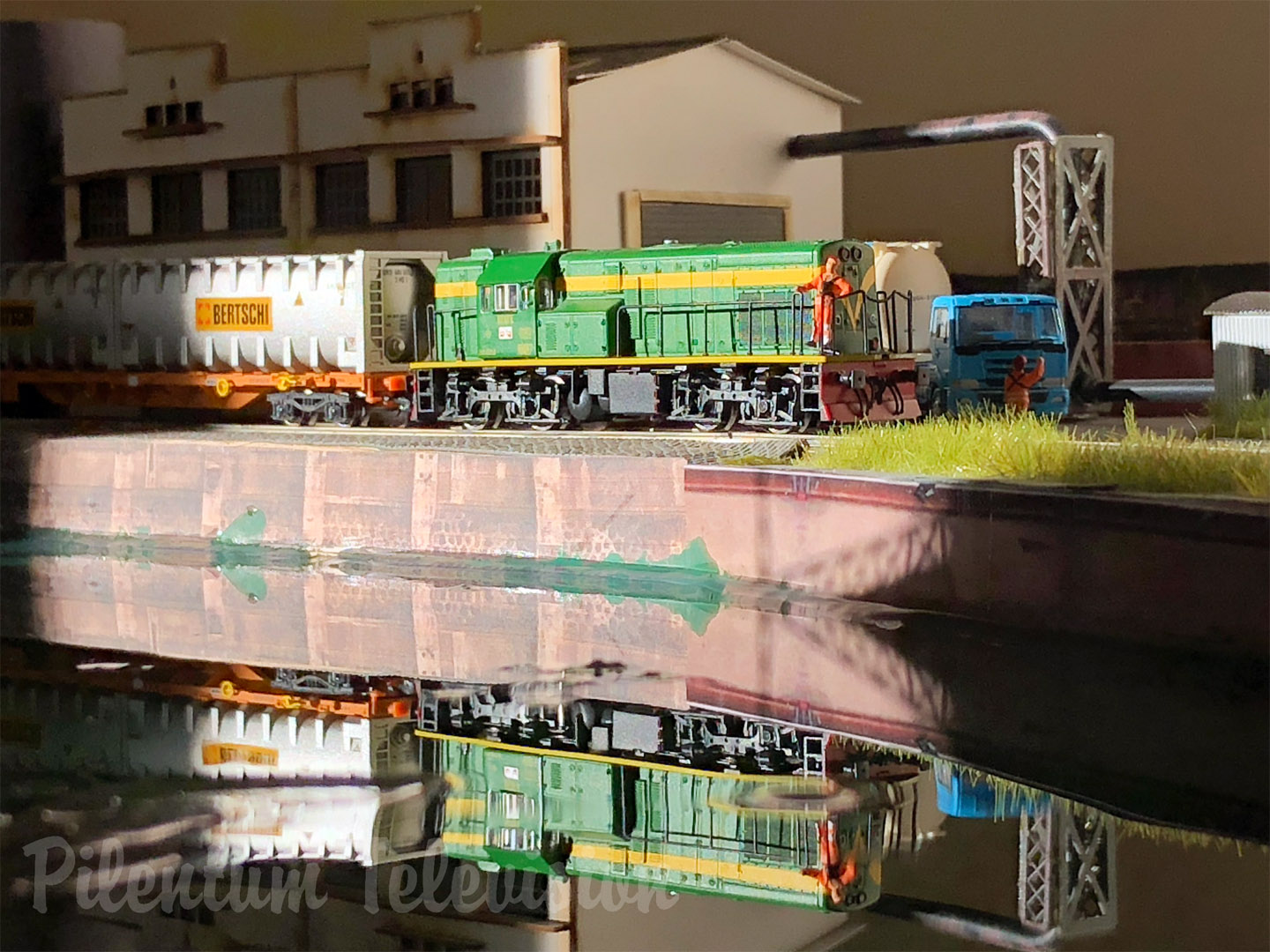 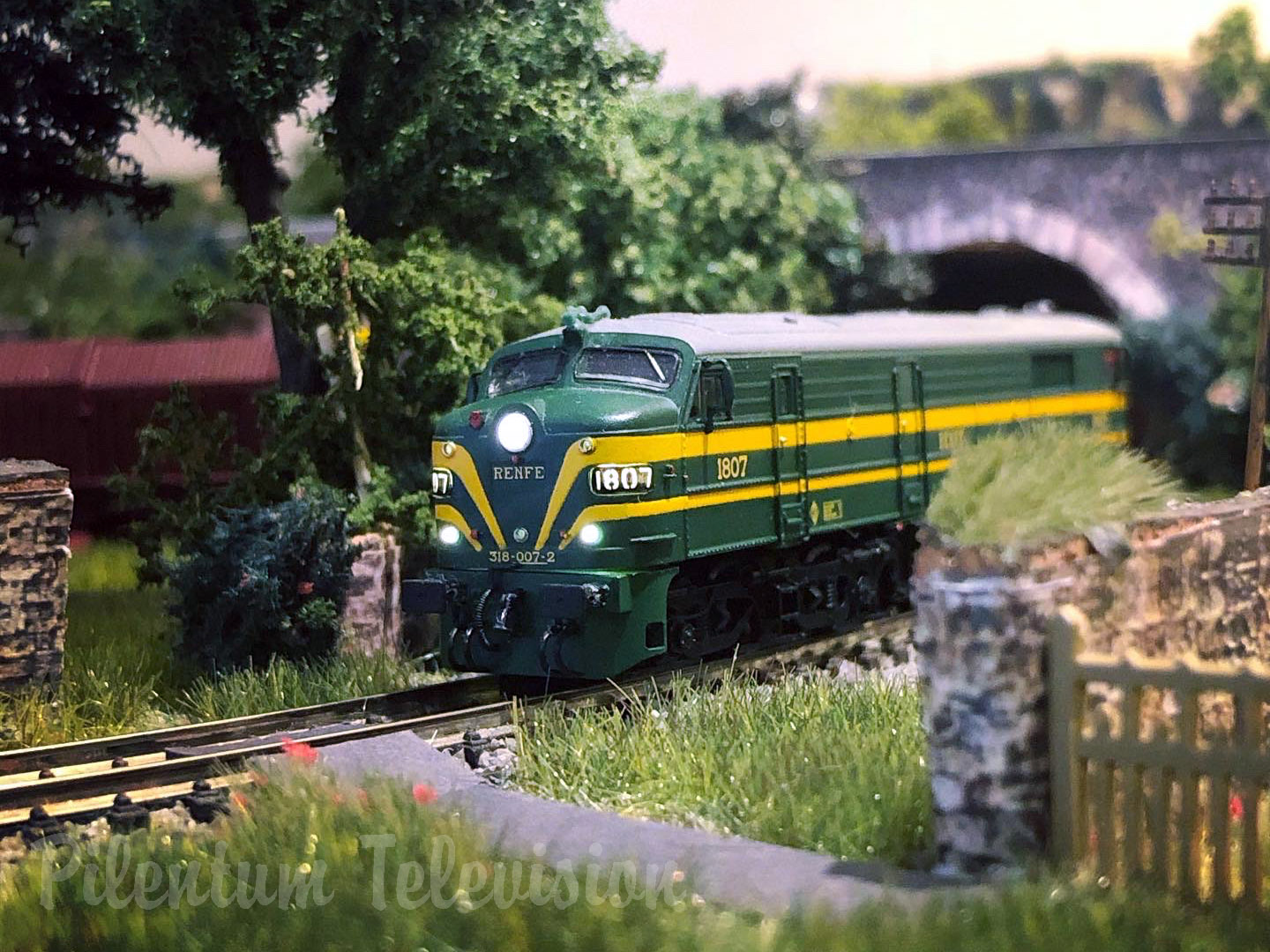 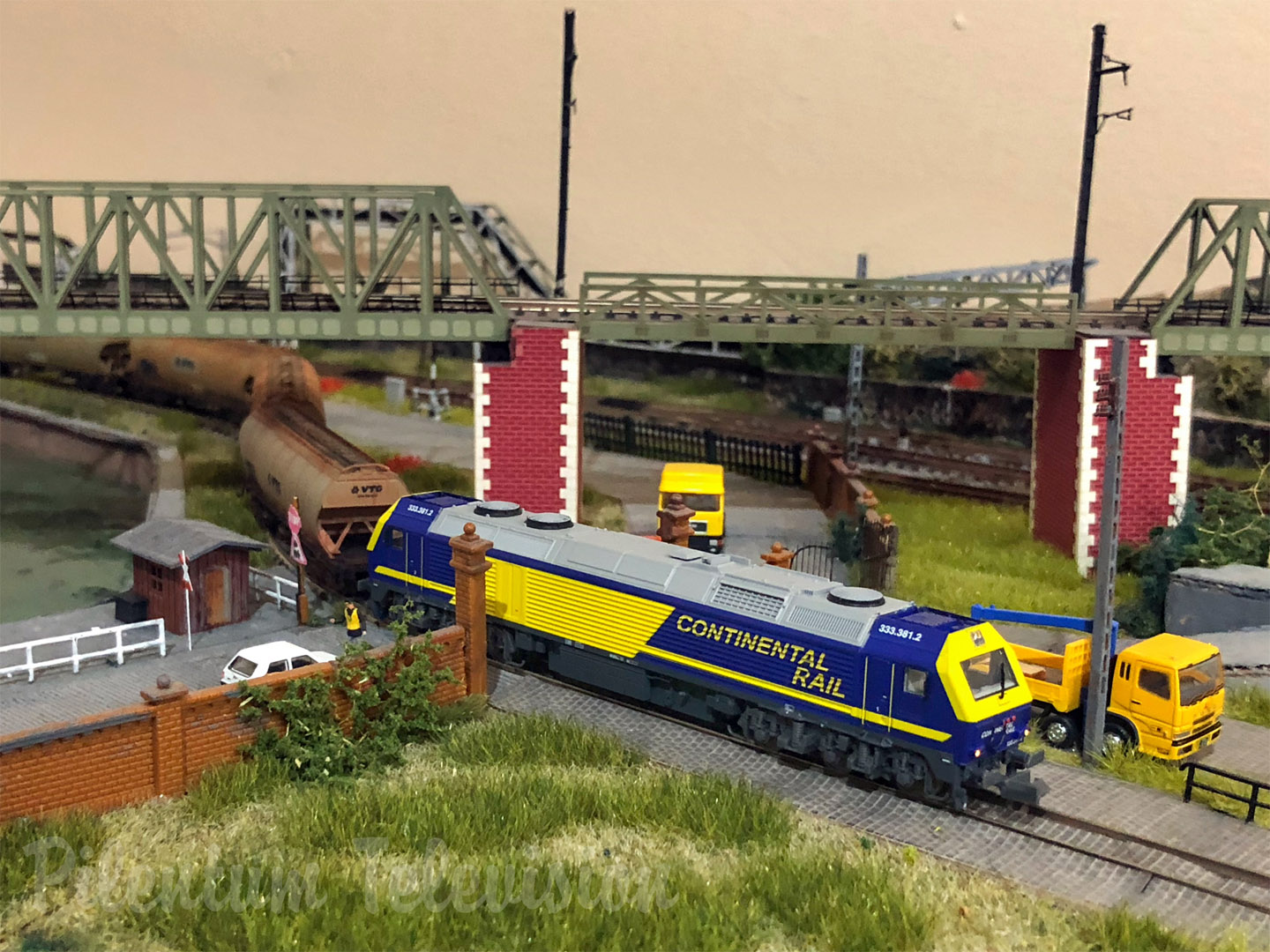 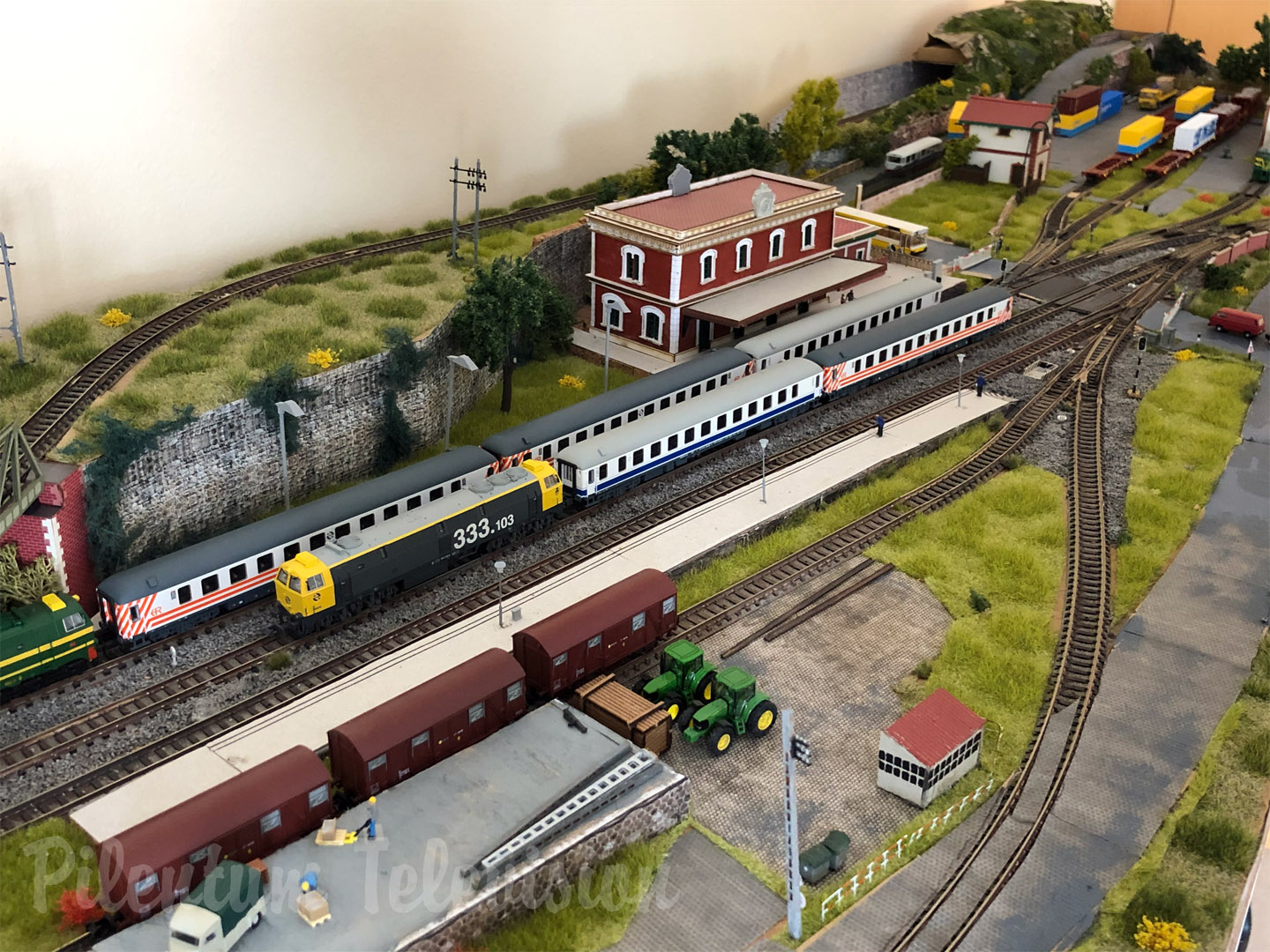 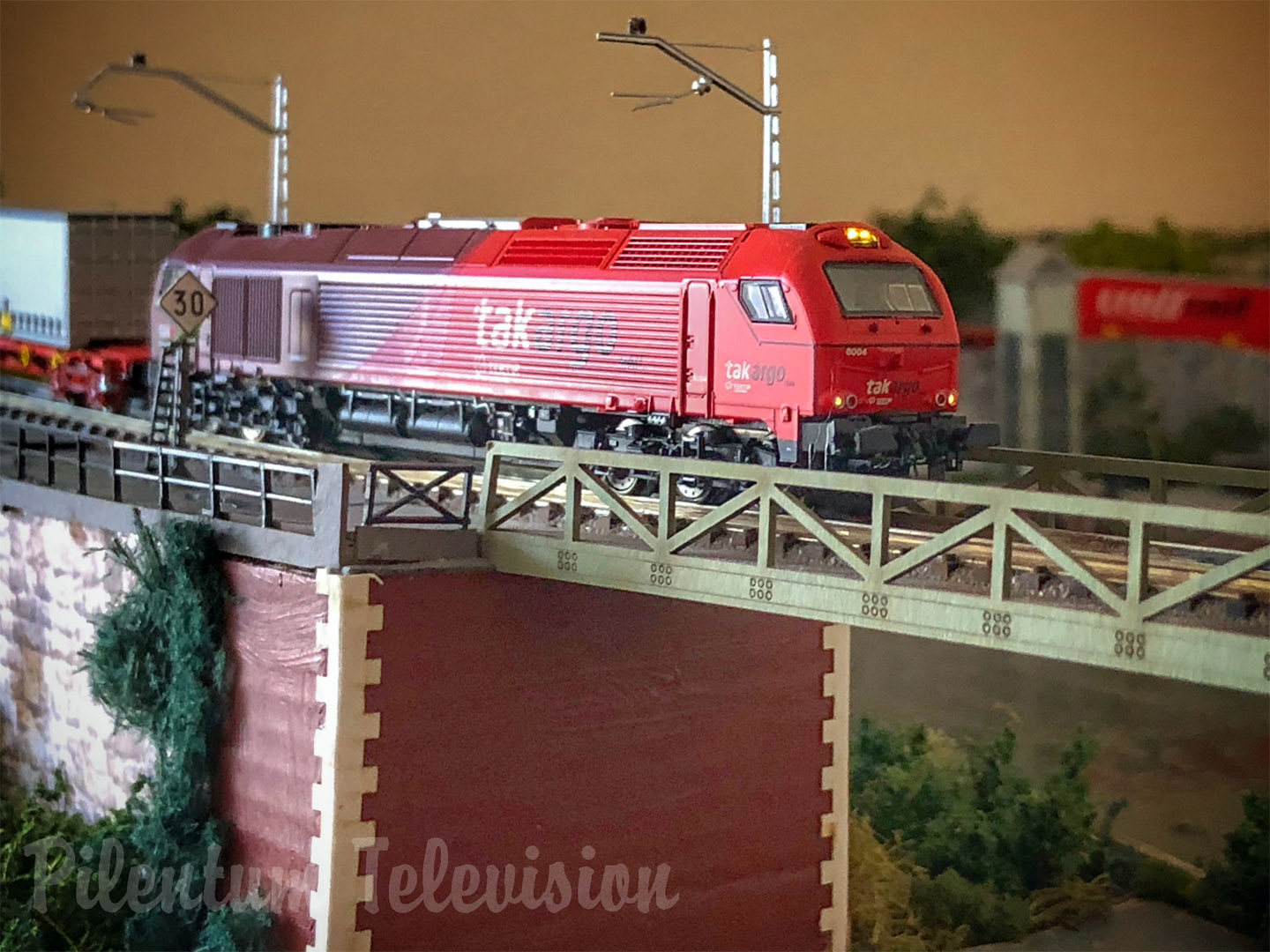 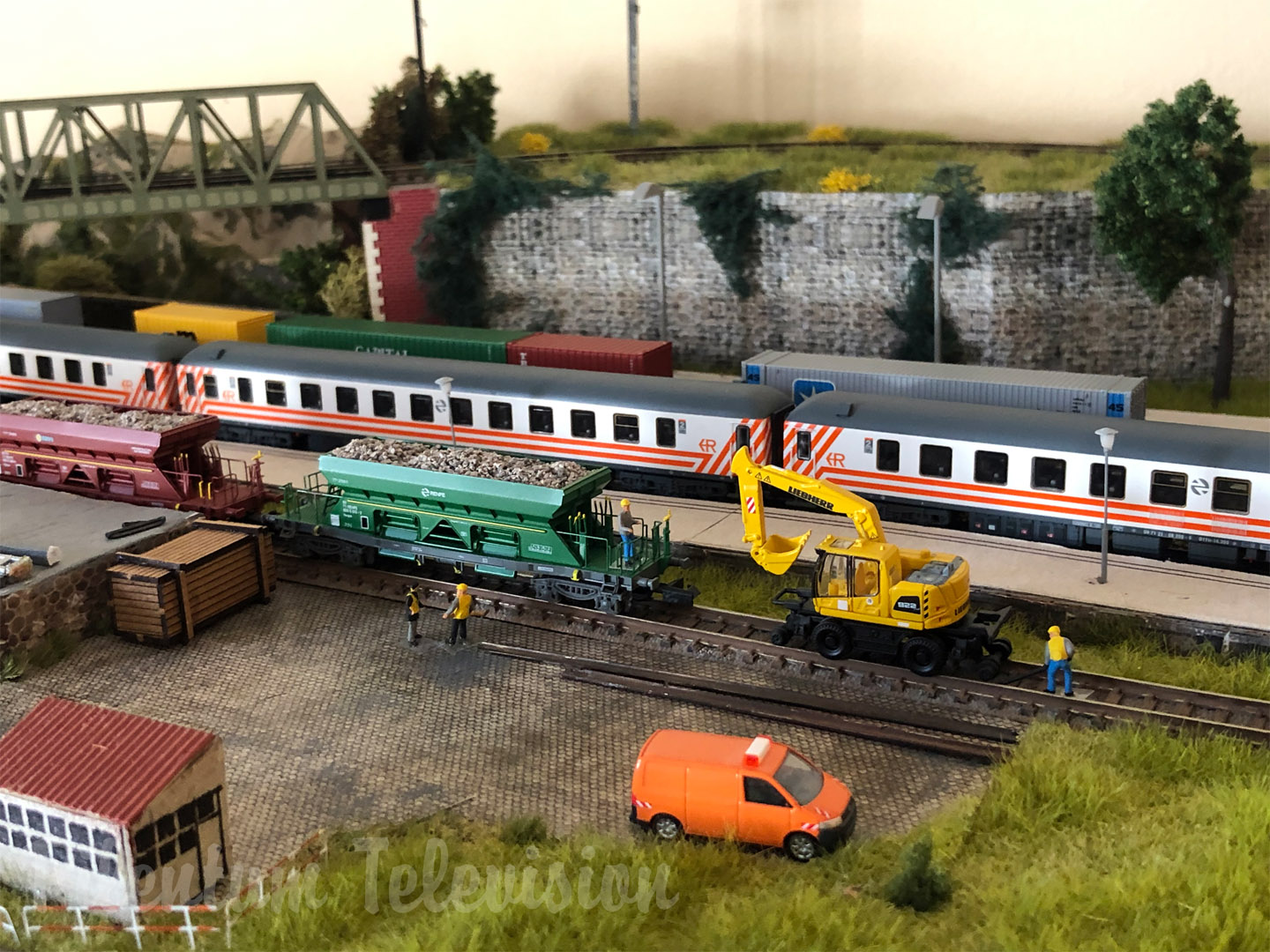