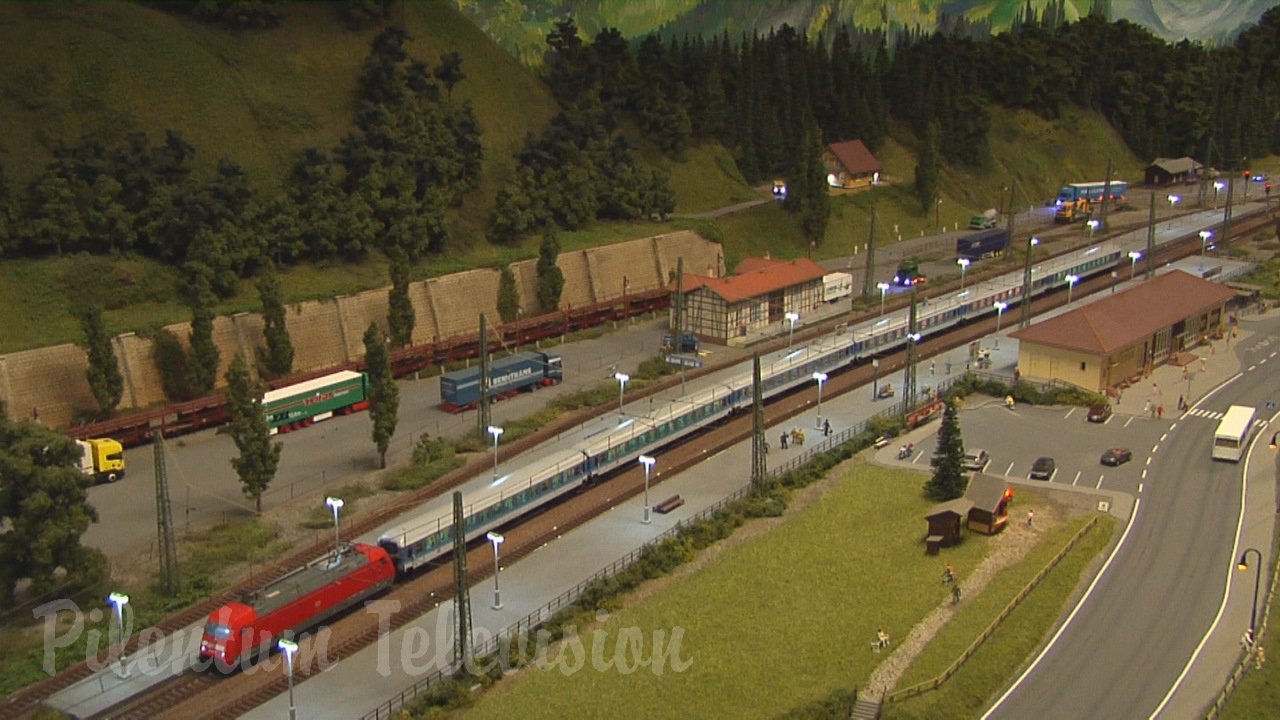 In Germany, the Black Forest is a large forested mountain range bounded by the Rhine valley to the west and south. And, there is also the largest European model train layout based on this landscape. The model railroad layout is a replica in 1/87 scale. On 400 square meter, more than 40 model trains are driving through a wonderfully detailed landscape. There are 1,300 meter of railway tracks in HO scale.