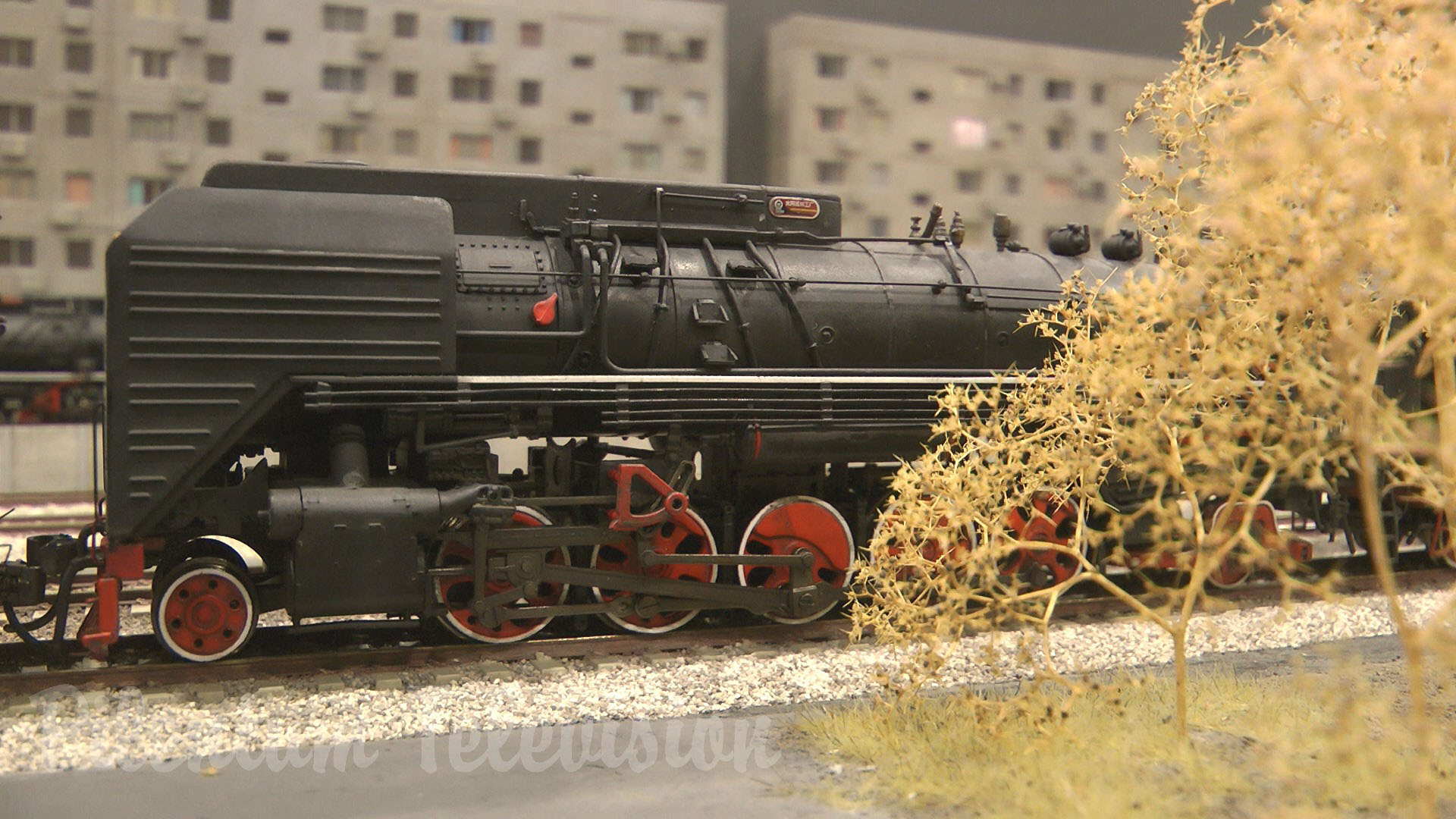 While in Europe the last steam locomotives were taken out of service or even scrapped in the 1970's, in China the famous SY and QJ steam locomotives were still in service for many decades. Until the turn of the millennium and even beyond, steam trains were part of regular rail traffic in China. These incredibly powerful steam engines were used for freight transport in all parts of the large Chinese country. Paul Stapelton, a model railroader living in United Kingdom, was inspired by these Chinese steam engines and has built a beautiful model railroad layout in HO scale. The Chinese layout is called “Beijiao”, and is 26 feet x 10 feet, of which the scenic section is 20 feet x 3 feet.

In the background you can see industrial steam. Large steam trains arrive from nearby coal mines with loaded coal cars and yet they need to have banking locomotives added in order to tackle the grade up to the steelworks located on the outskirts of the city. Furthermore, a modern China Railways main line runs through the center of the layout. This line is mainly used by diesel trains. In this model railroad layout, the time is set to the year 2004, as more and more steam locomotives were replaced by diesel locomotives in China. But nevertheless we still see a lot of these powerful steam engines. 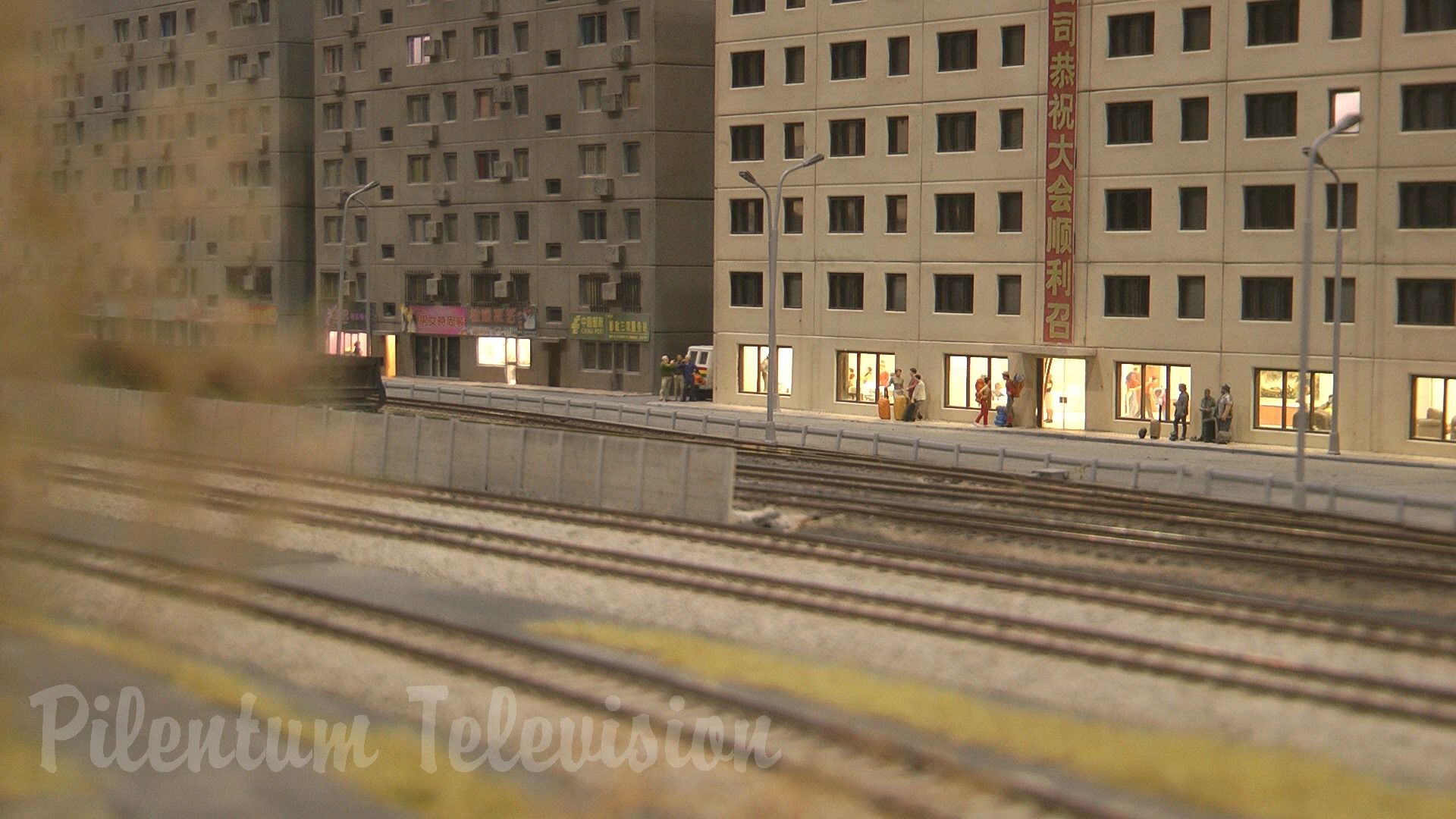 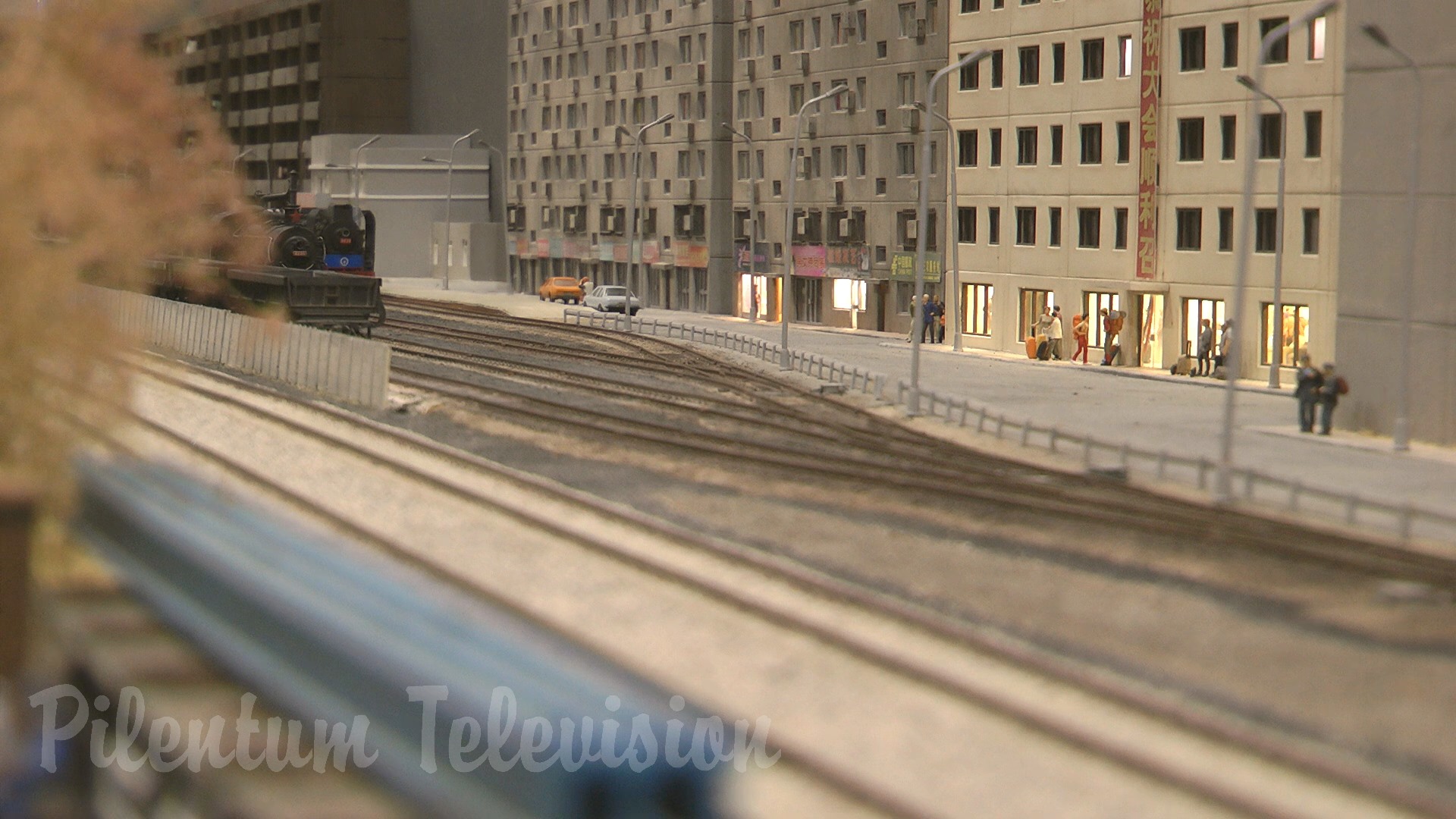 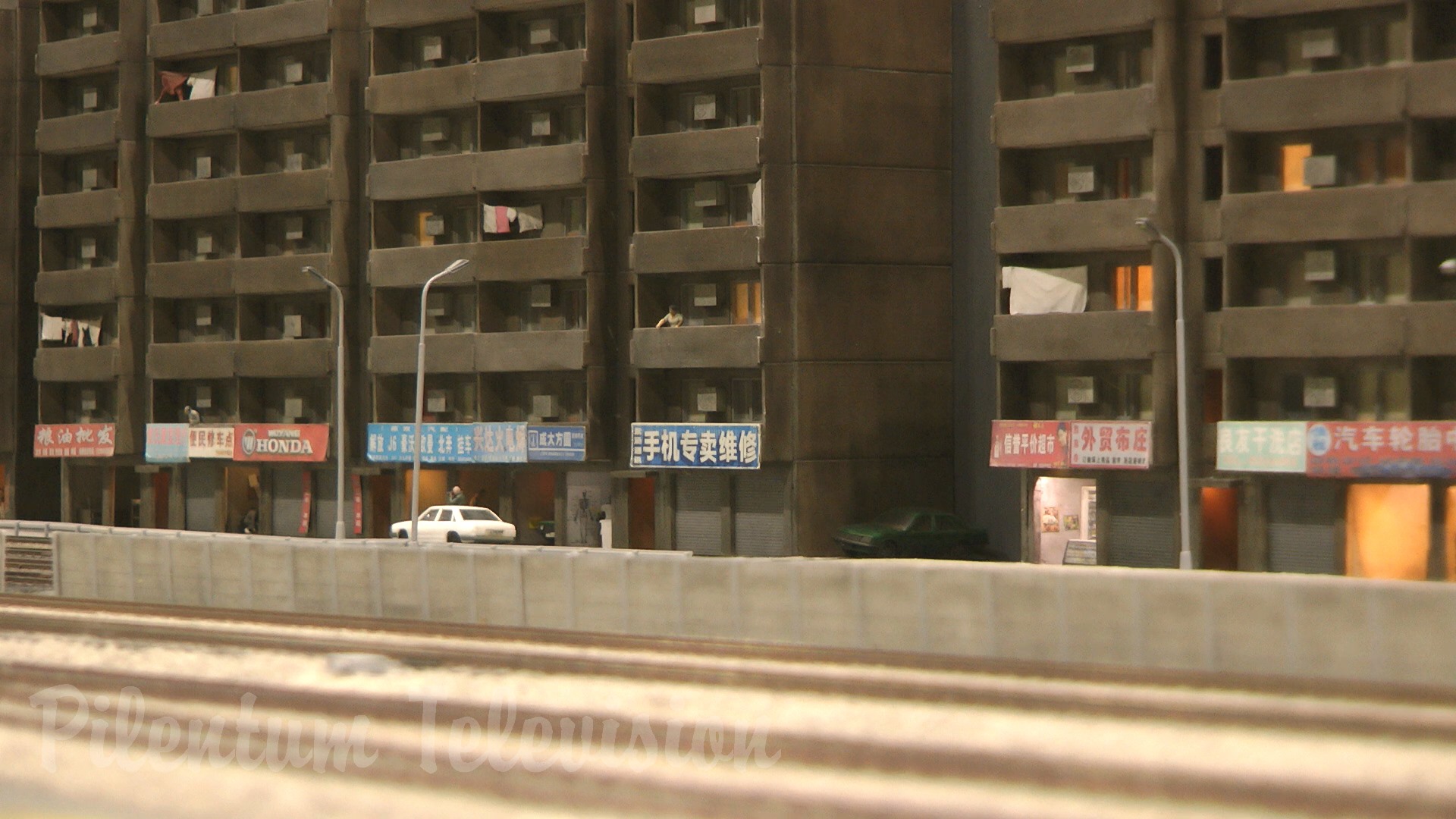 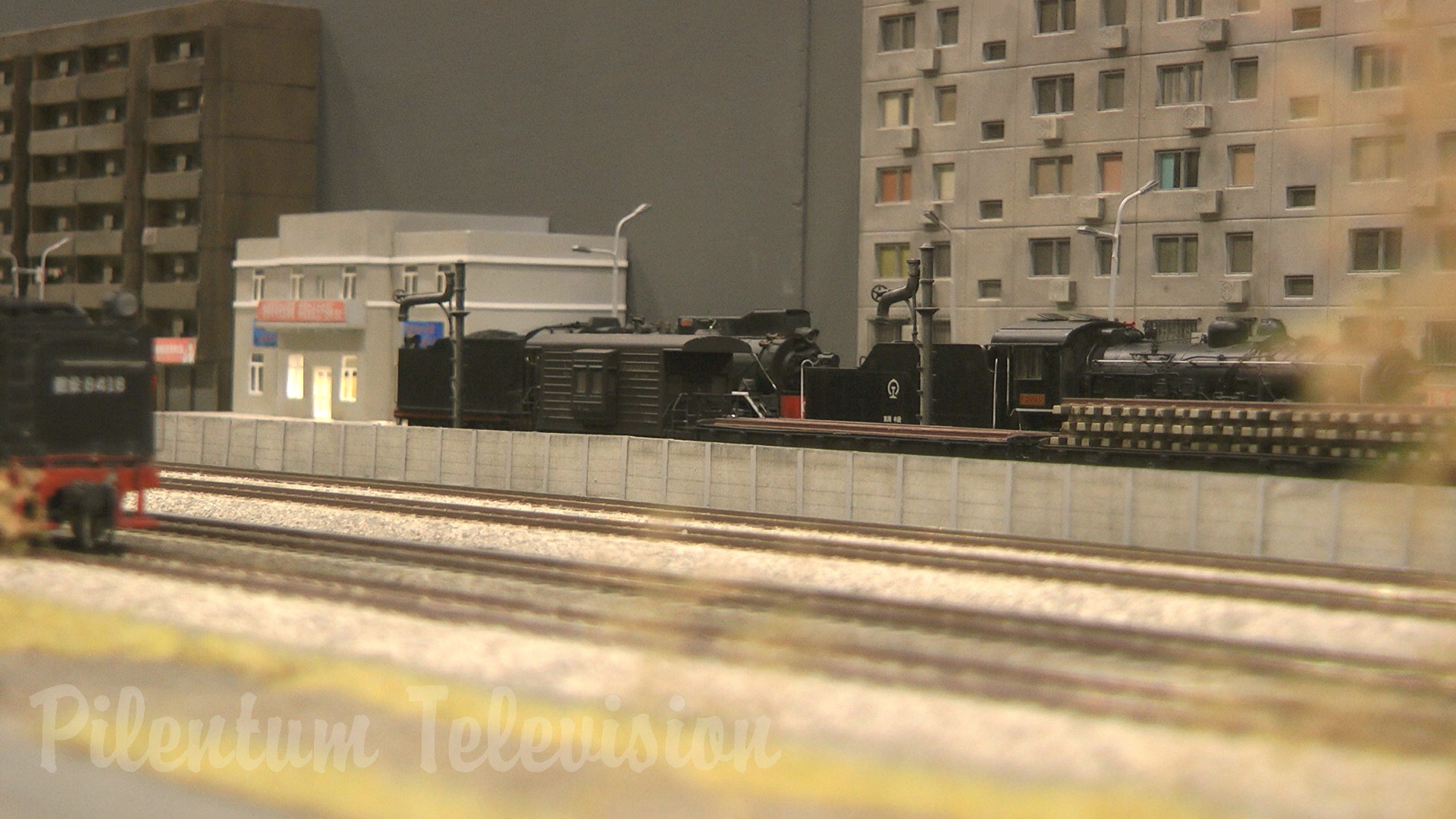 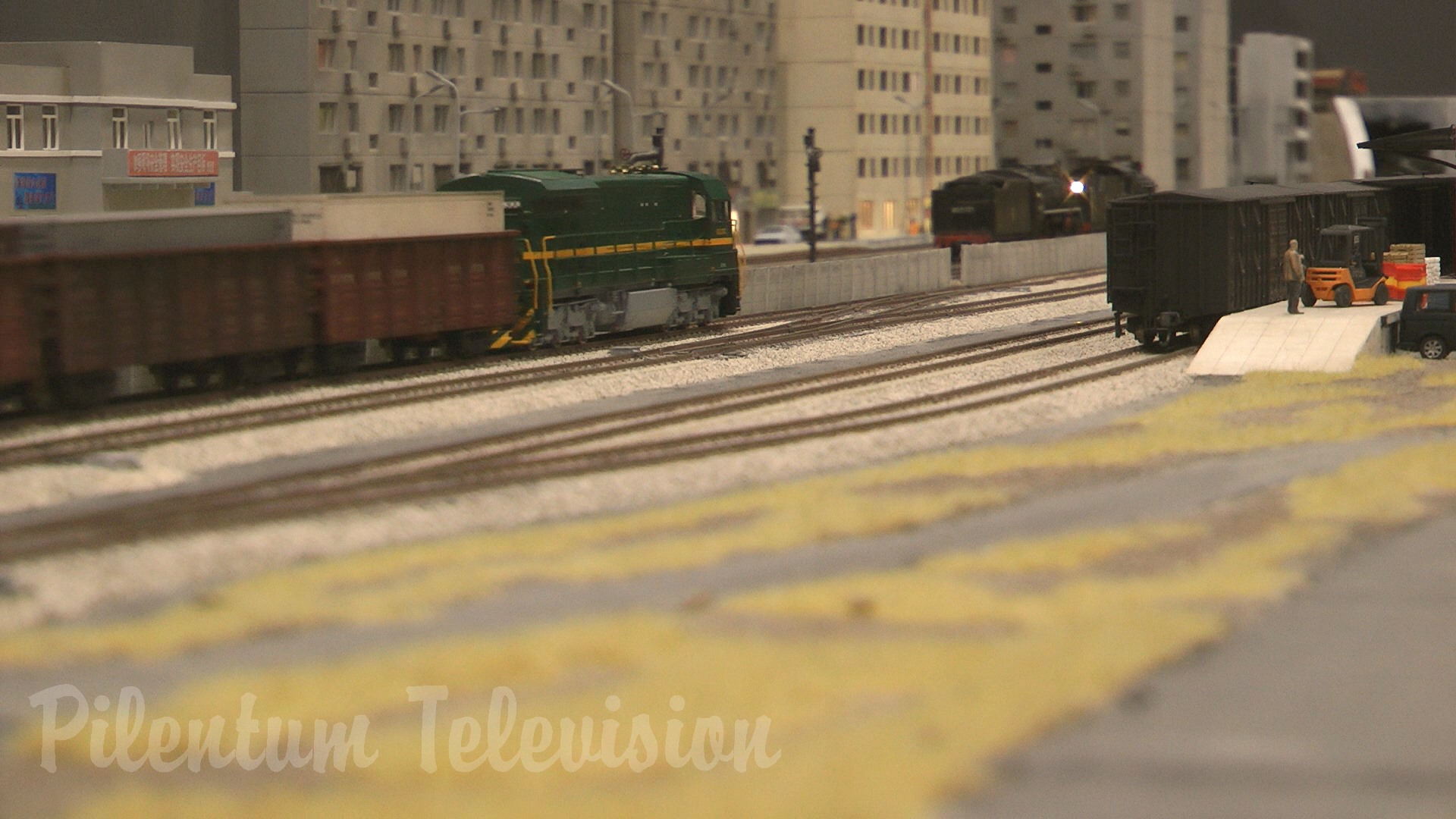 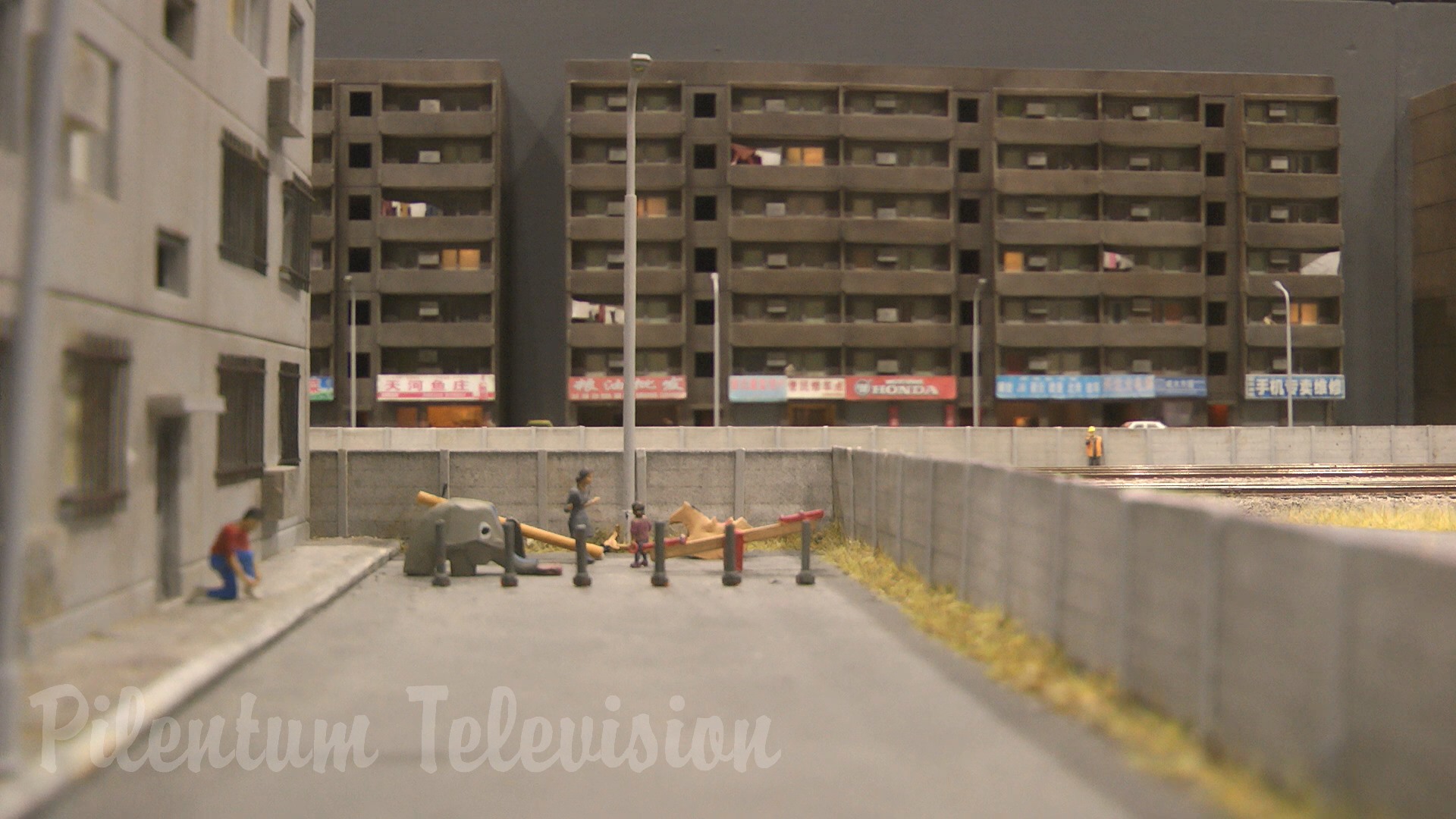 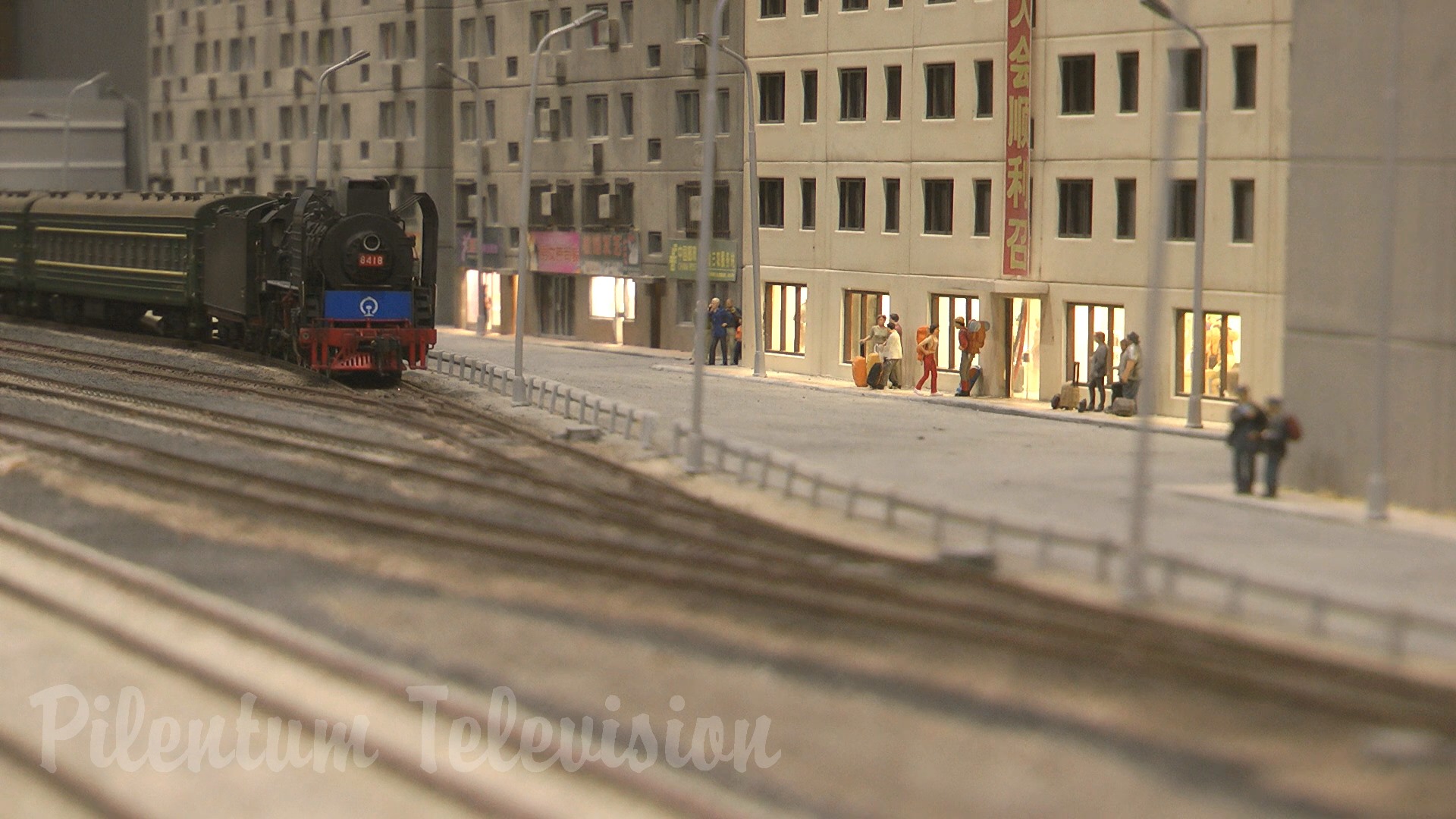 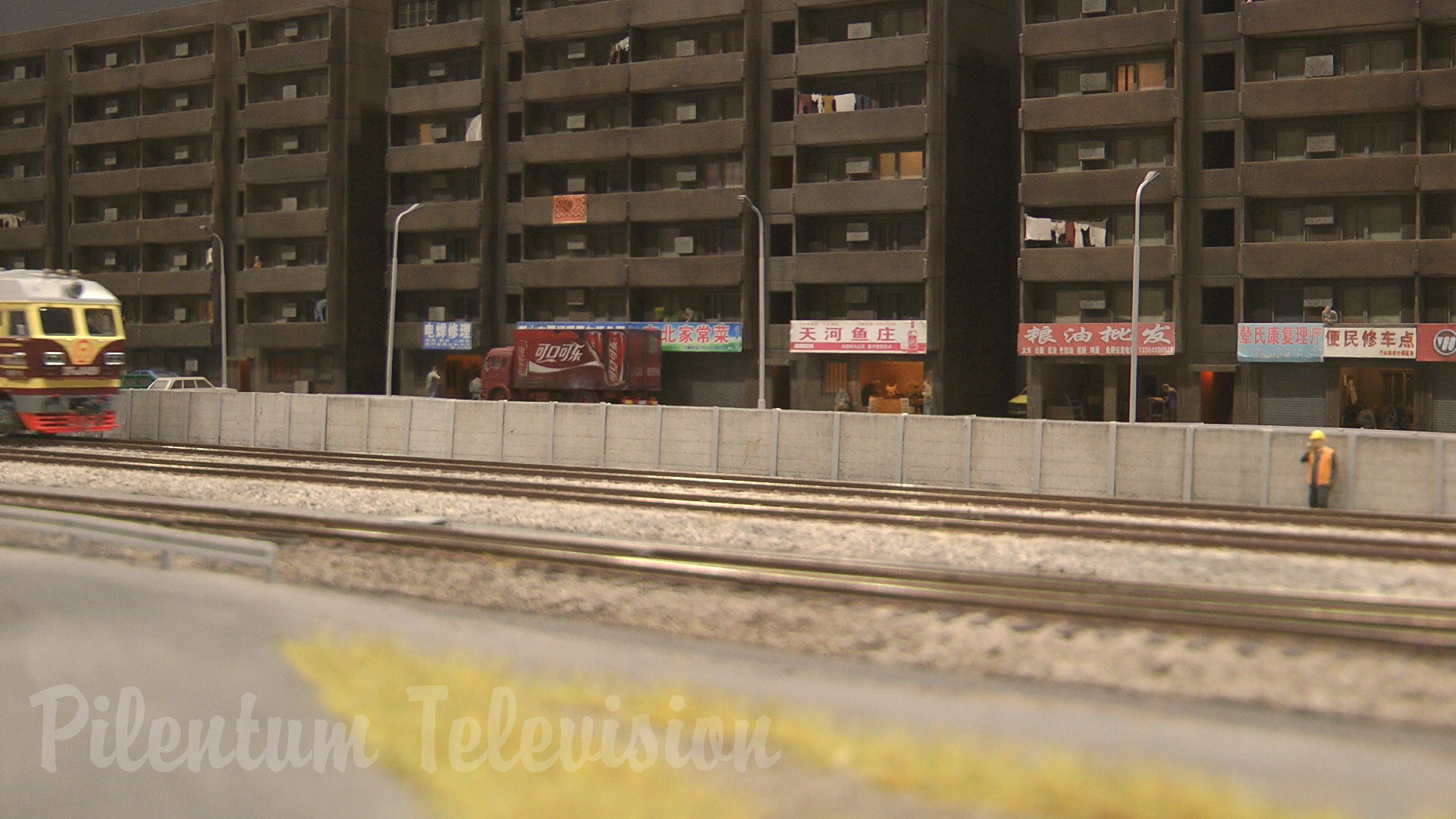 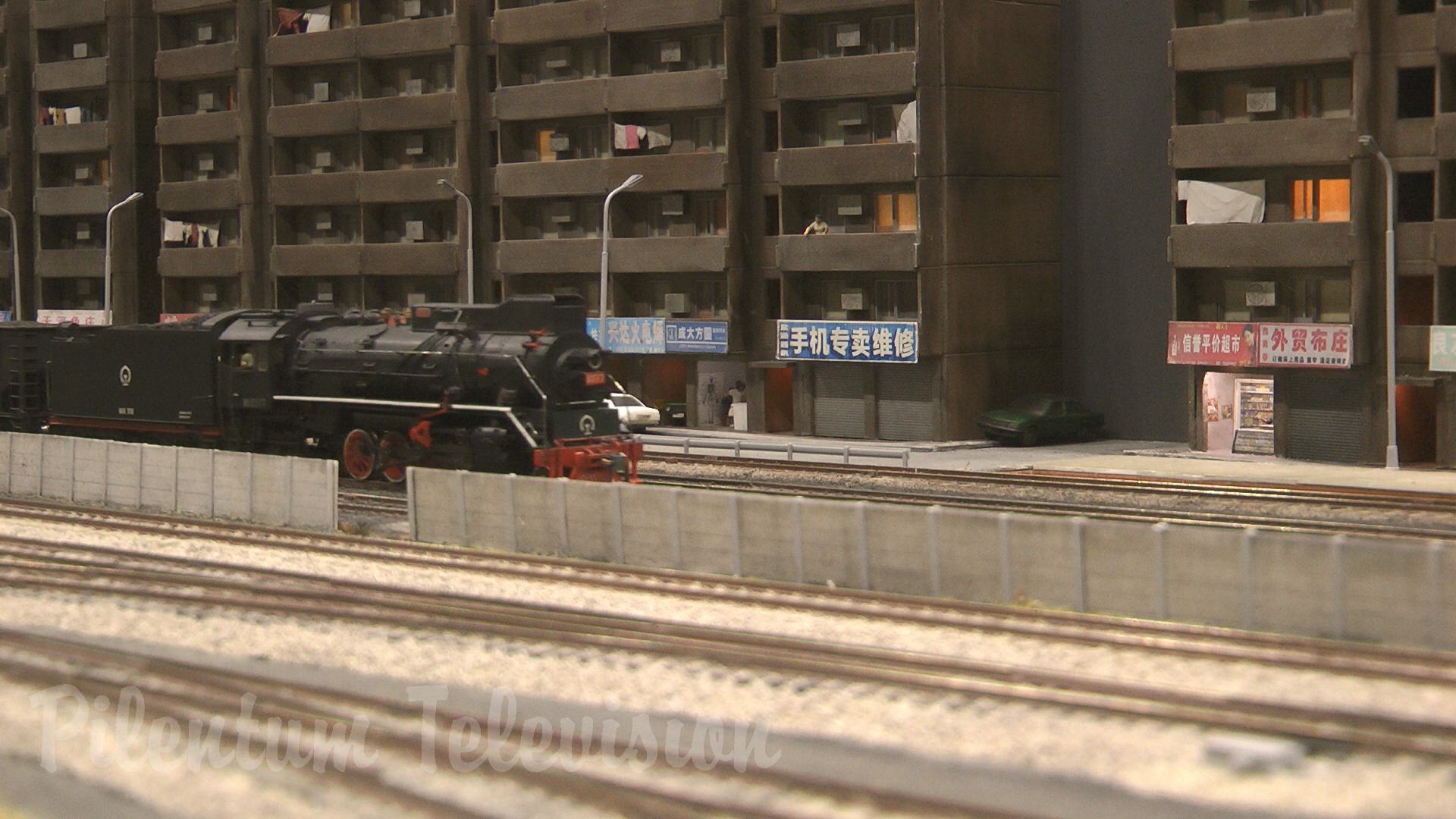 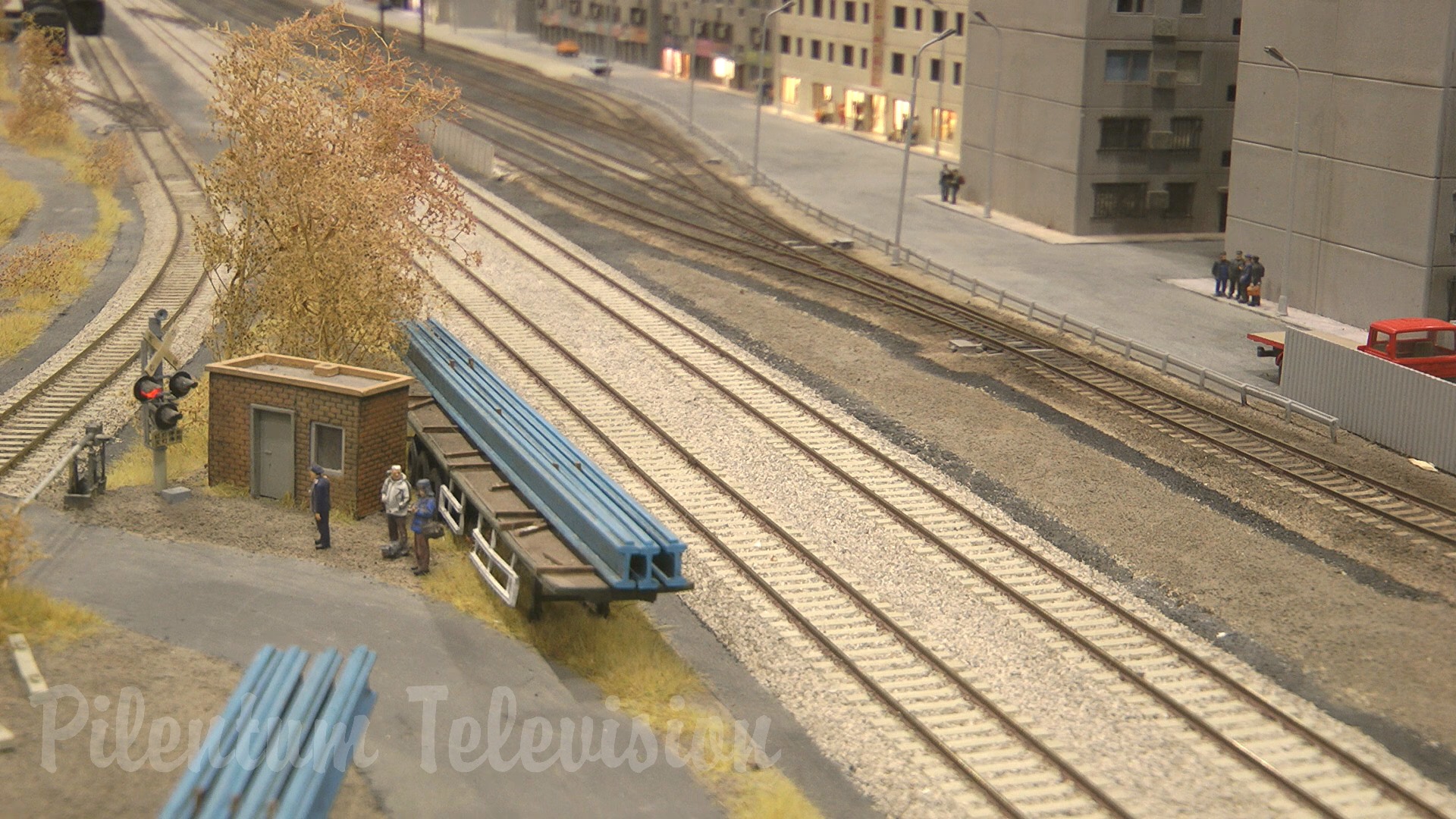 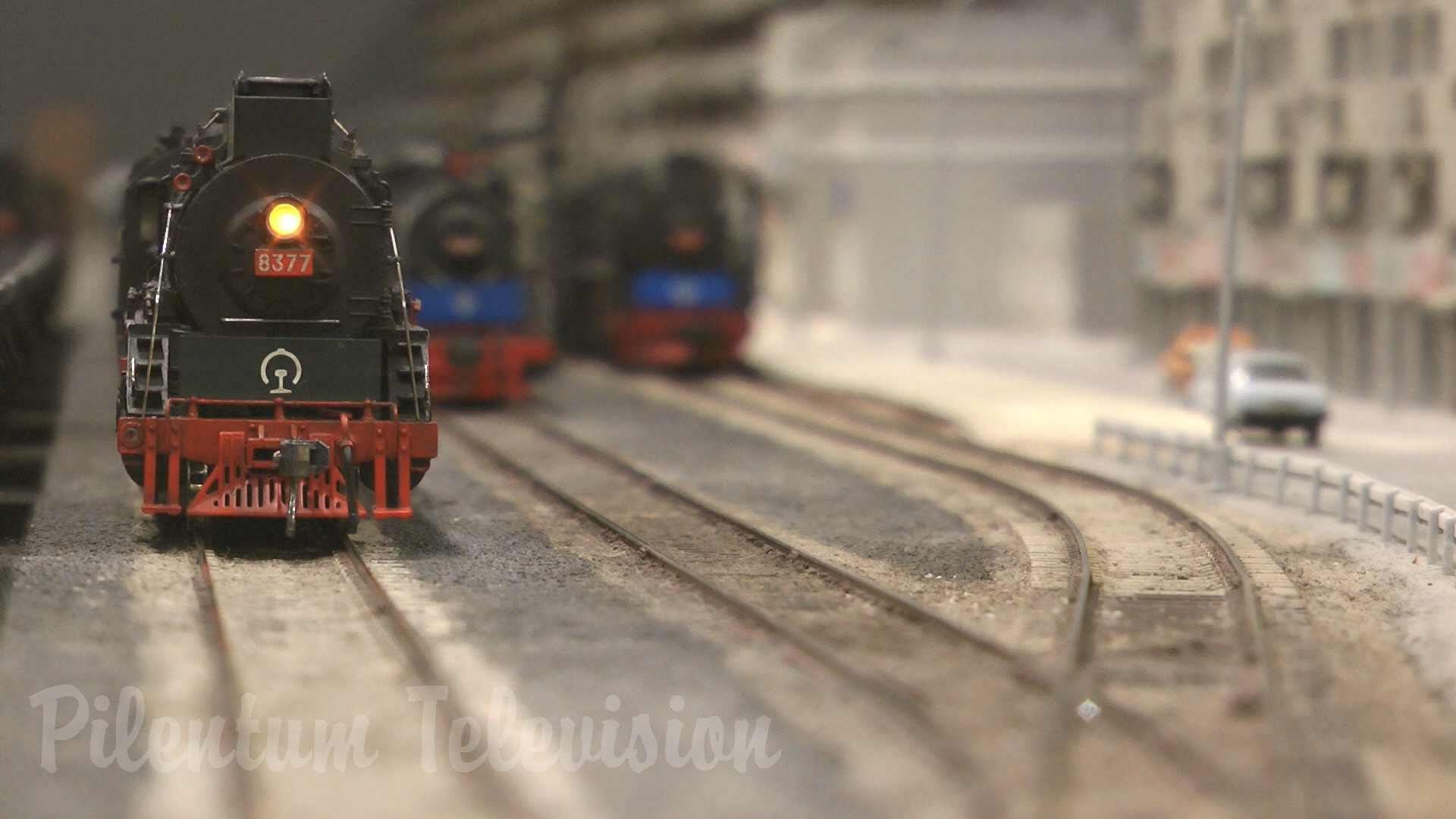 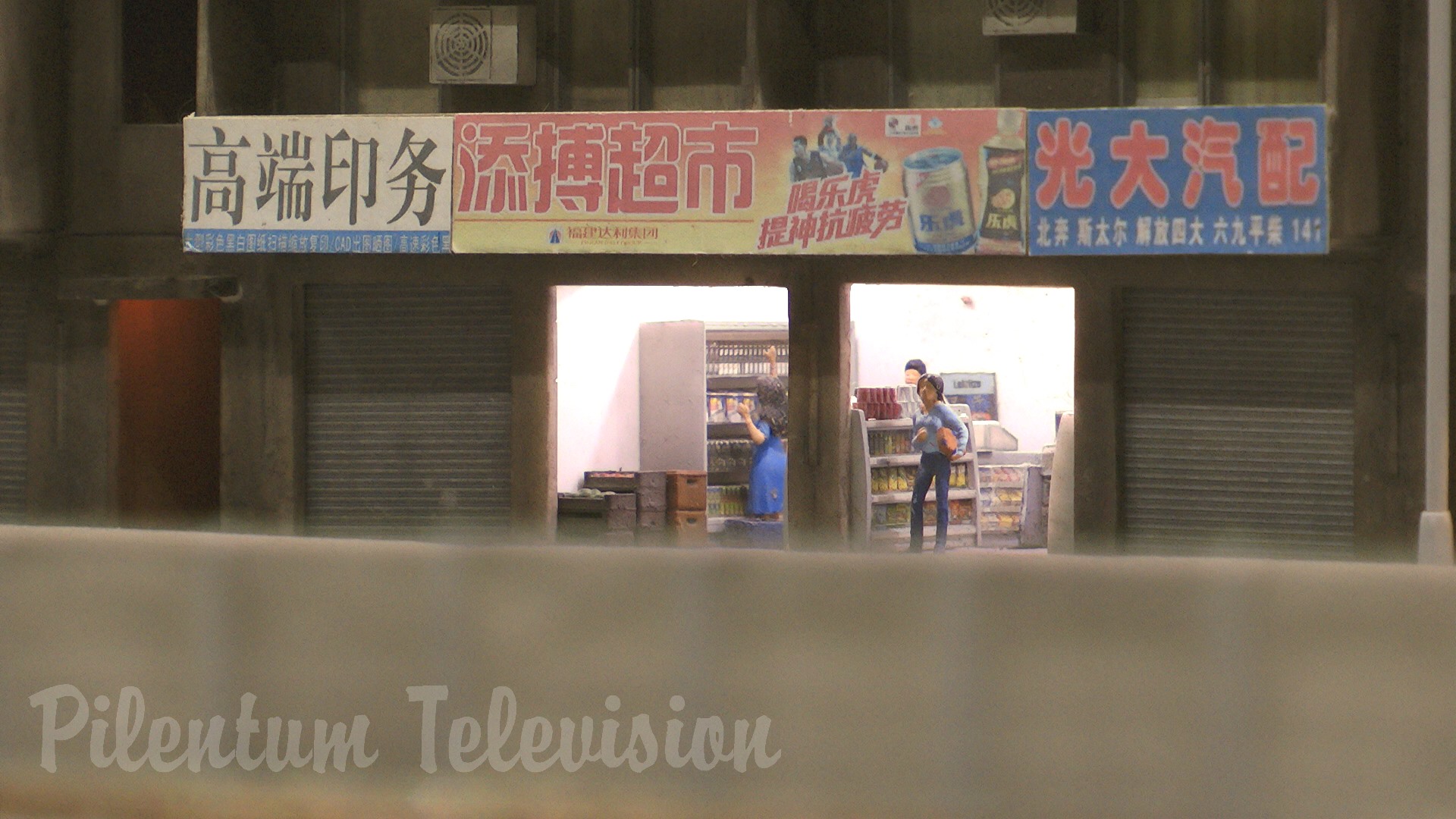 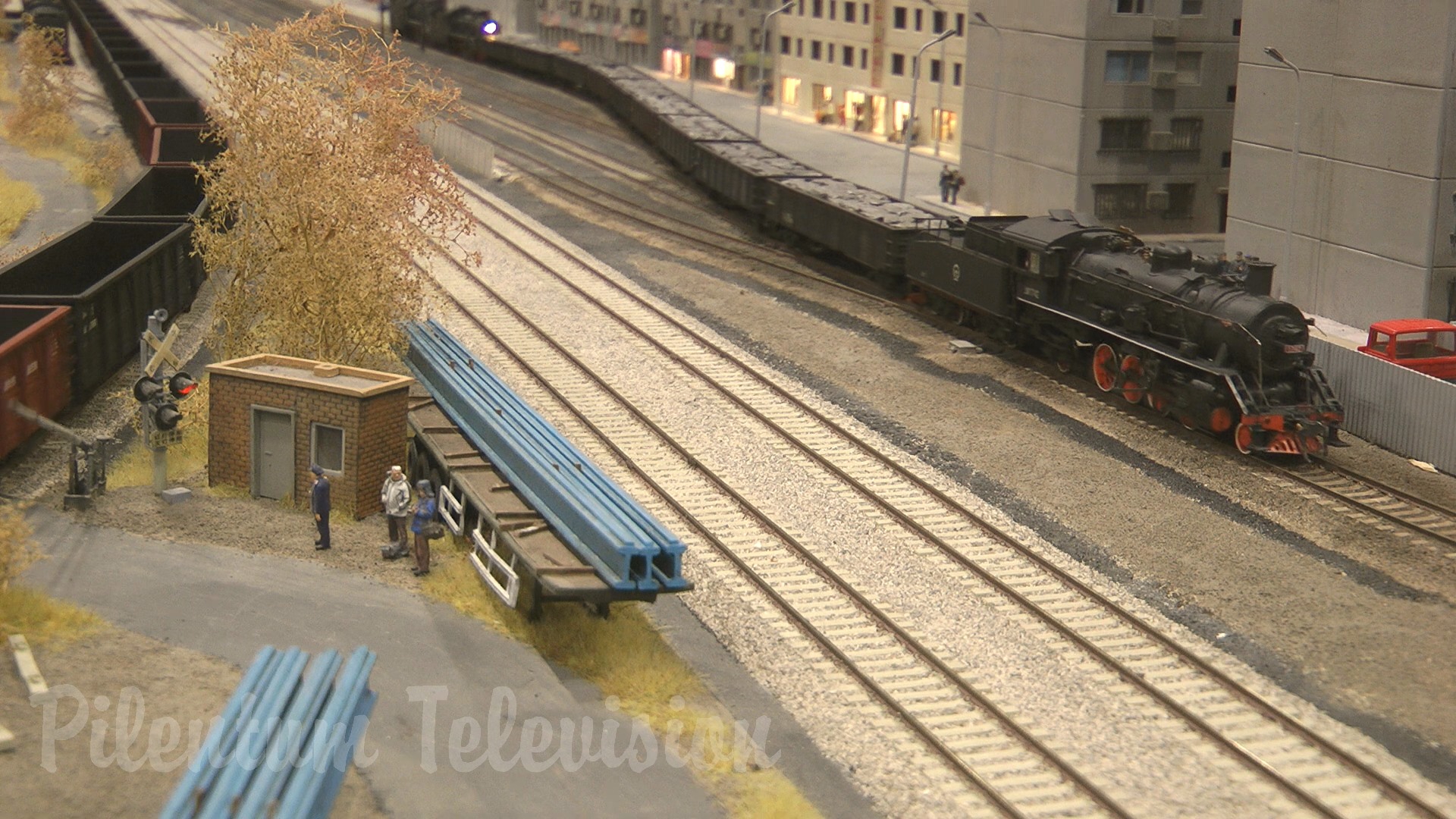 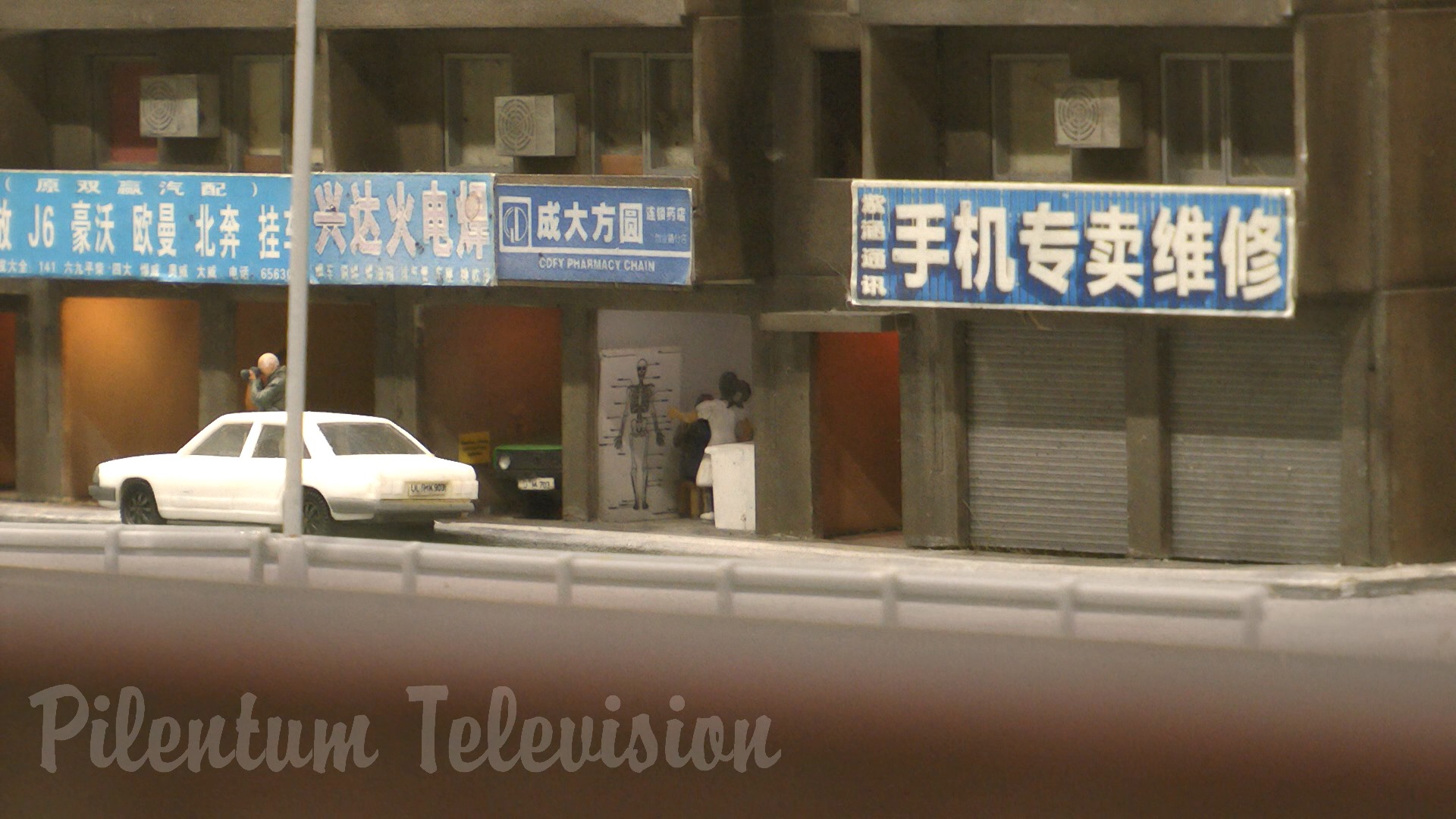 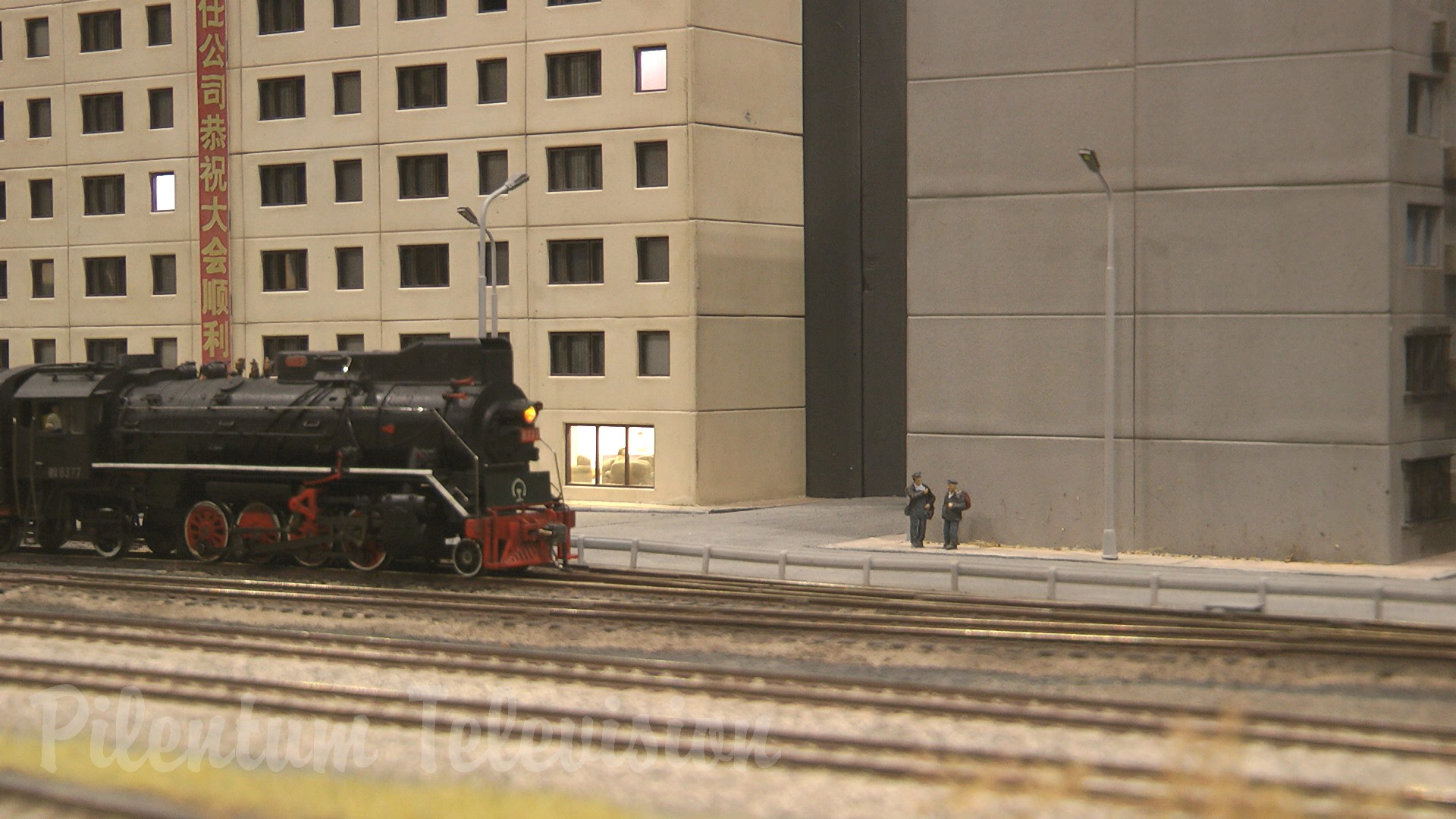 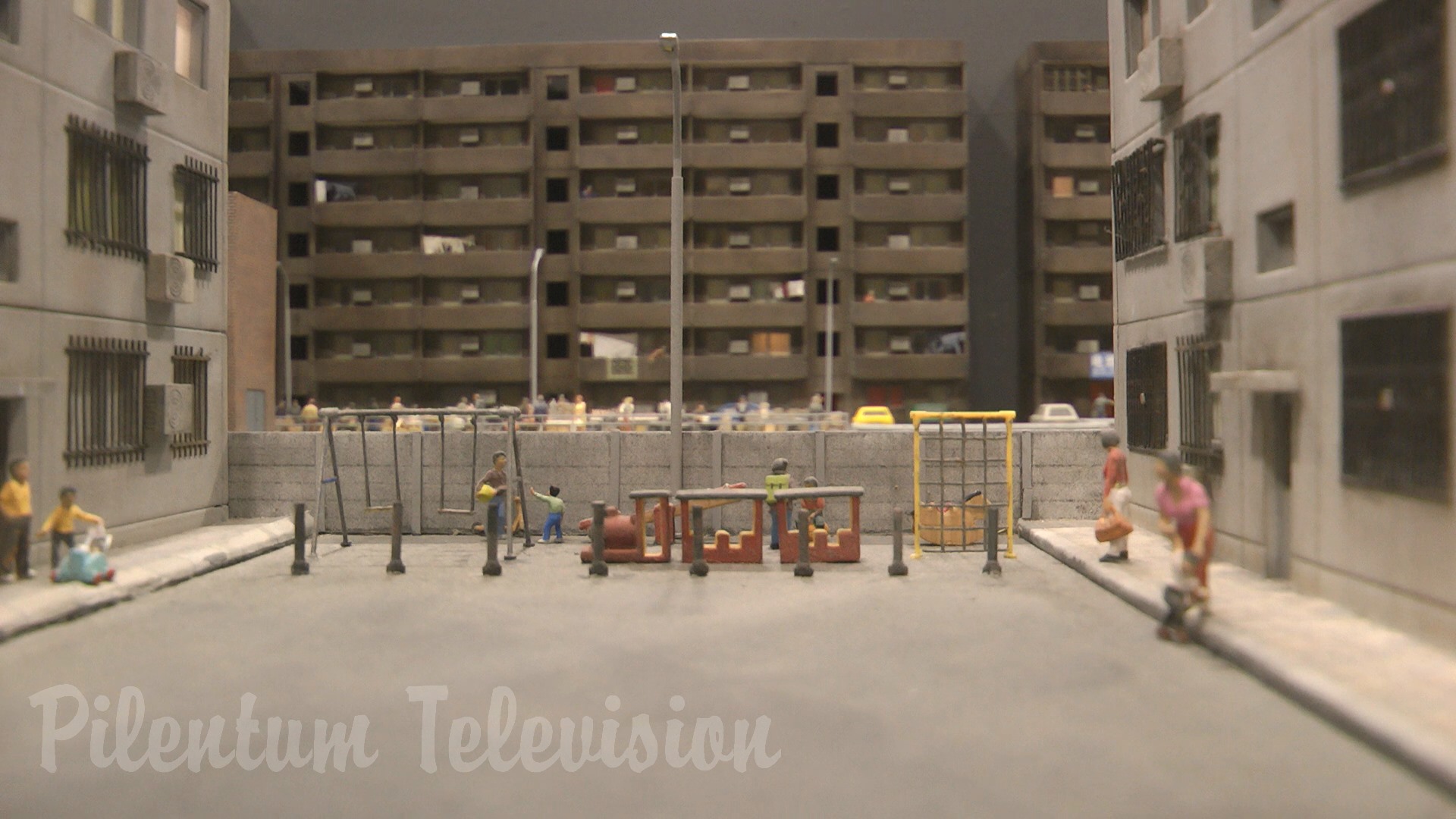 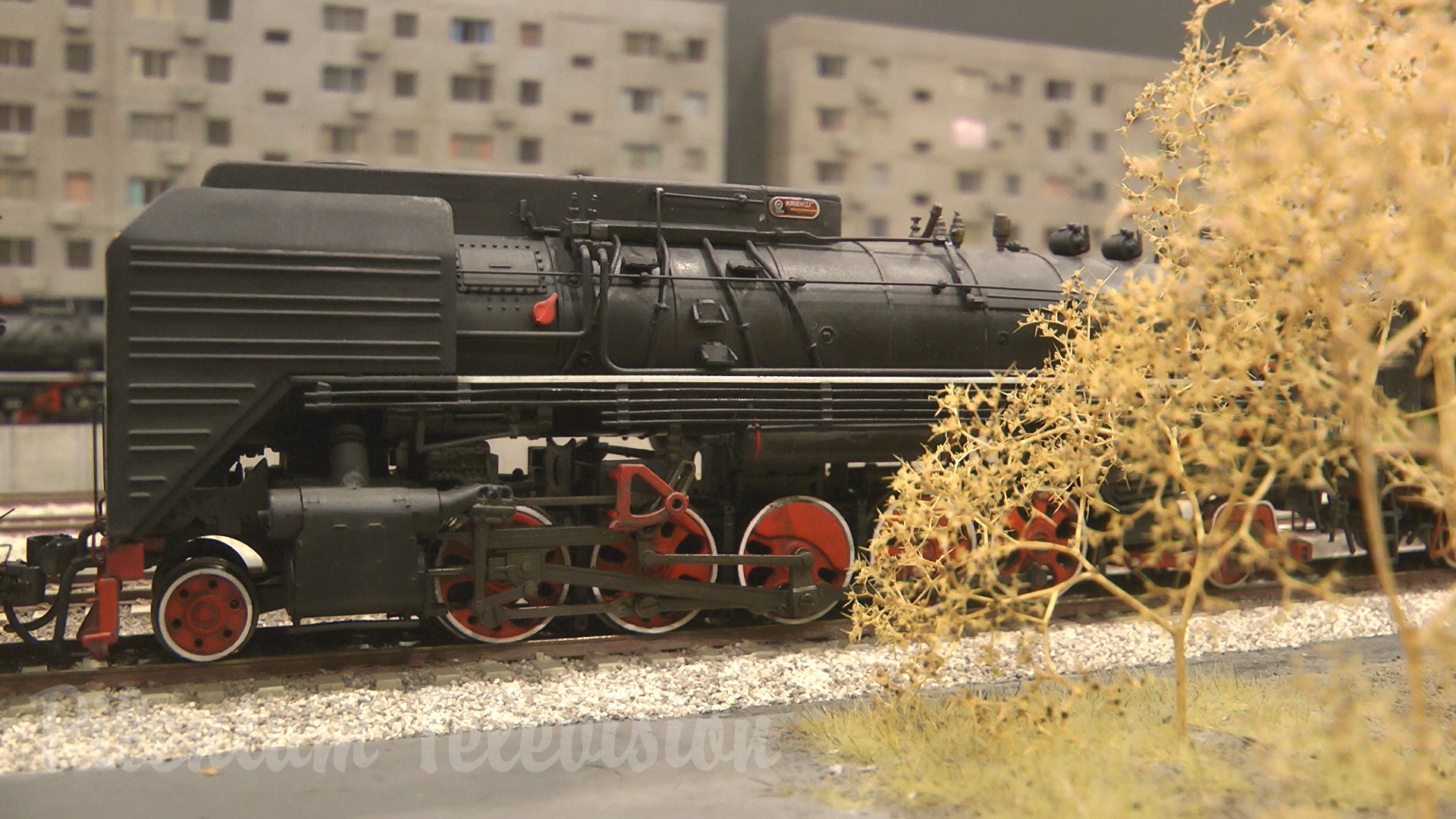