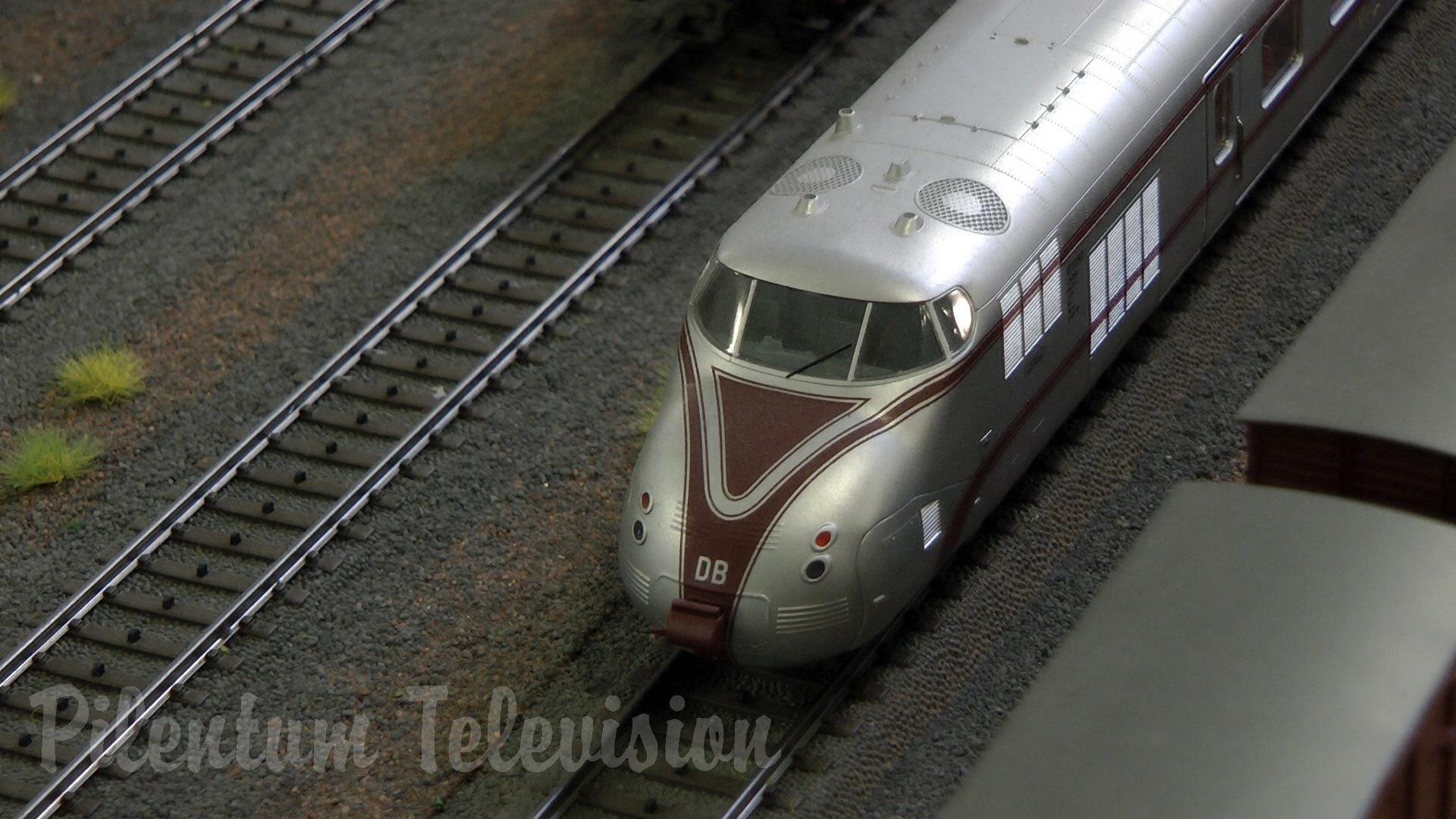 In this video, Pilentum presents one of the largest model railroad exhibits in Germany. This model railway layout, mostly built with elements made by Marklin, represents Germany in the time after the World War II. Therefore, there are various combinations of trains and locomotives running on Germany's railway lines between 1950 and 1970. Another section that was added later, represents the modern era of German railway development.