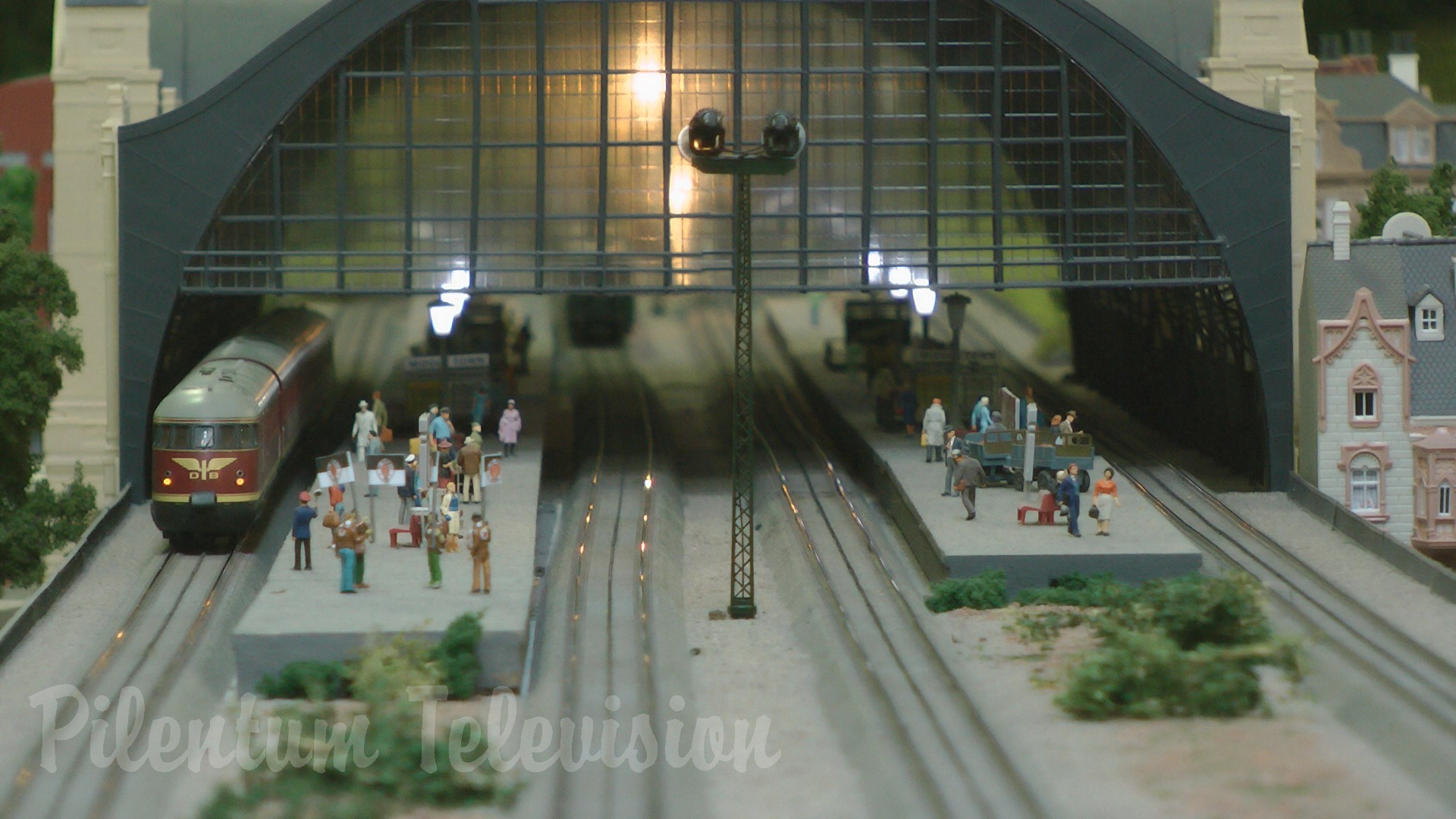 This is a very special video that was stored on old VHS tapes in the archive of Pilentum. In 1995, the world's largest modular model railway layout was presented near Frankfurt, Germany. Even then, there were small cars driving independently and automatically on the streets. This system is that what we know today as the Faller Car System. The model trains were partly still controlled in analogue operating mode, but in some sections even a digital signal box was used. Unfortunately, this video was recorded in 4/3 aspect ratio. Pilentum scaled it up to 16/9 aspect ratio.