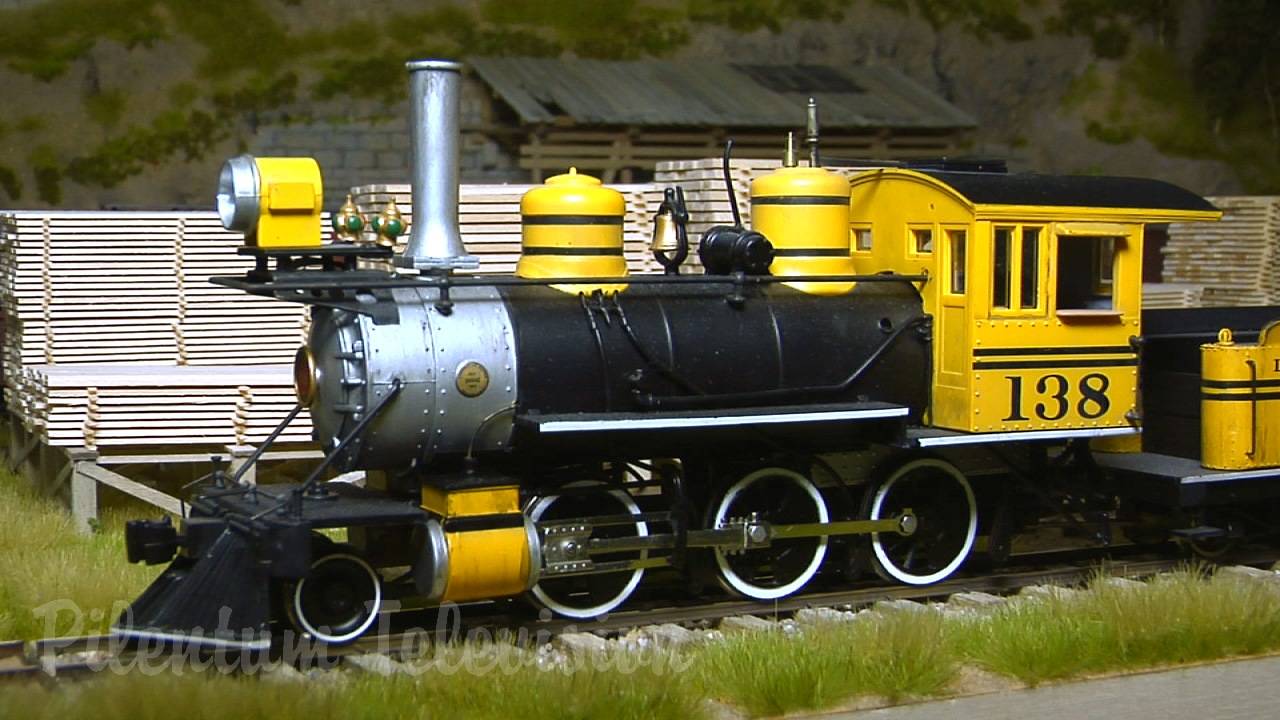 In spring 2014, there was a model railroad exhibit that was visited by Pilentum. Inside the great exhibition hall, Pilentum watched this narrow gauge modular model railway display built in O scale. It is like a historama of the period of the Wild West. Some people call it also Old West. On the display, steam locomotives, once used by the Little River Lumber Company, by the Greenbrier & Big Run Lumber Company and by the Denver and Rio Grande Western Railroad Company, drive on the railway lines.