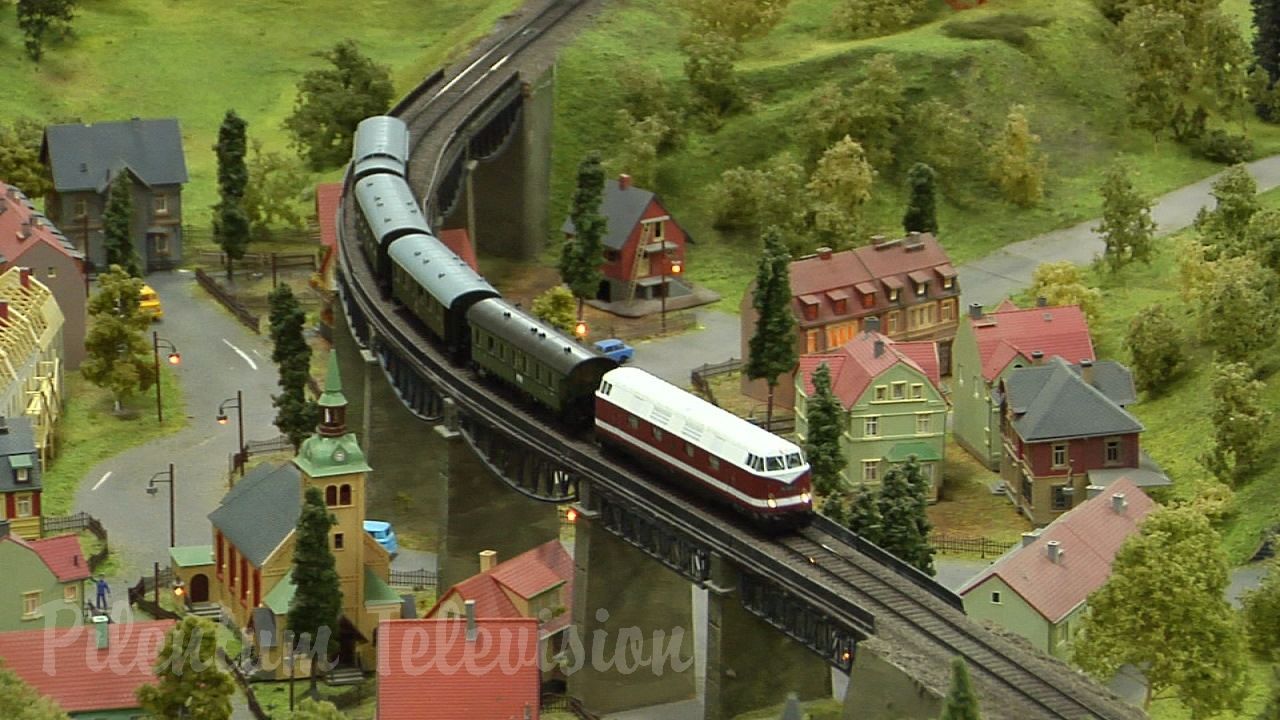 In Germany, there is a permanent model railroad exhibit showing the largest model train layout about Thuringia in HO scale. The exhibiton area takes 500 square meters, approximately 50 meters in length and 10 meters in width. The goal was to represent the rail traffic service inside the region between Eisenach, Erfurt and Weimar in Germany.

In addition to the model trains, also the most sights of this region are shown, for example, the Wartburg, the significant monument of German history, or the Kyffhäuser monument. There is also the depot Meiningen, known as Germany's best workshop for steam locomotives. Finally, there are 120 model trains, locomotives and over 1,000 coaches.