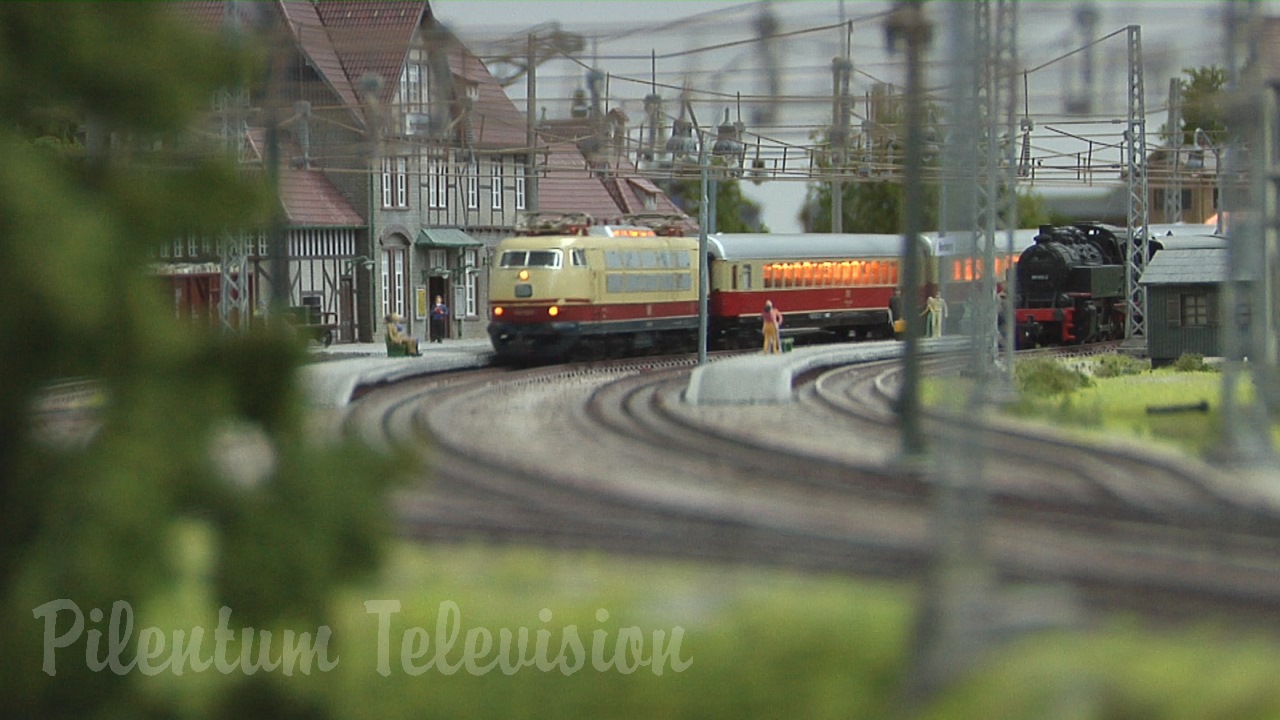 This model railroad layout was built in Germany. Although it is a fantasy landscape with many details, it offers a special feature: The famous Rhinegold Express, a famous train operating between Hoek van Holland and Geneva along the river Rhine. Before 1960, this train has been driven by a steam locomotive. In 1965, the Rhinegold became the Trans Europe Express (TEE) and the famous electric locomotive of series 103 was used by the German Federal Railroad.

This model railway is constructed in HO scale. There are trucks and cars known from the Faller car system, typical German landscapes and model trains with more than 3.50 meters in length. In total, more than 300 meters of railway tracks are in use. The entire model railway layout based on a digital control system made by Märklin. Please, note the large viaduct which is presented for several times in the video.