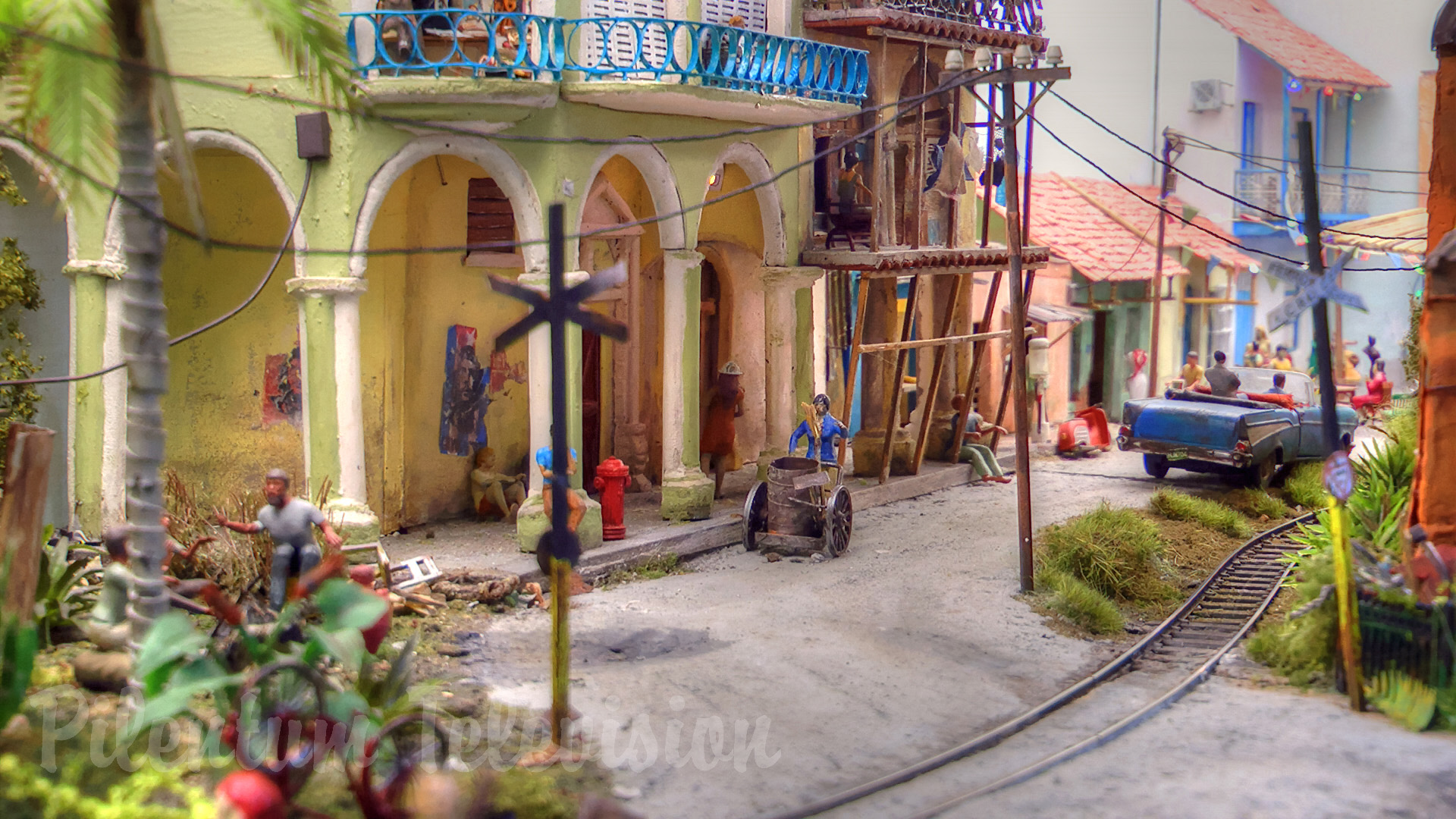 At the great model railway exhibition named On TraXS 2022 in the Netherlands, Samuel de Zutter and Valentijn van der Haegen presented their detailed On30 model train diorama that takes the viewer to Cuba. The small miniature world in O scale, also called On21⁄2, O16.5 or Oe, depicts the typical Cuban landscape with its Caribbean atmosphere.

Those who think of railways and Cuba usually remember documentaries involving the sugar cane harvest, which for decades was brought in by narrow-gauge light railways and steam locomotives. In contrast, Samuel and Valentijn wanted to be inspired by the tobacco industry rather than the sugar cane industry when building their model railway layout. In this way, they wanted to depict the various stages of the tobacco industry, from the tobacco plantation to processing and sales. The result is a double-sided model railroad diorama showing tobacco plantations, straw huts and beaches on the left-hand side and the colourful everyday life in Cuba on the right-hand side. Both sides are linked by a track oval on which a rickety light railway followed by an adventurous-looking tramway run.

However, it is not so much the model trains that are in the foreground, but rather the lovingly detailed and sometimes funny depiction of everyday Cuban life. Here people dance in a bar, there you see workers in a tobacco factory, somewhere the famous writer Ernest Hemingway sits at the window and looks at street musicians standing at the nearby railway crossing. You have to look twice or three times closely to discover the many small details on the model railway layout.

Of course, it should not go unmentioned that Samuel and Valentijn are true experts in scratch building, i.e. they do not use prefabricated parts or kits. They are experts of building scale models from scratch, i.e. from raw materials, rather than building it from a commercial kit, kitbashing or buying it pre-assembled. Therefore, the small their O scale diorama, which has been given the name “Cubana”, is a testimony to a lot of tinkering and creativity.

By the way, the whole process of planning the construction and finalizing the layout has been documented on several pages with many pictures in the internet forums of Beneluxspoor and Modelspoormagazine in Dutch. It is impressive to see what Samuel und Valentijn have created in just under two years of construction. 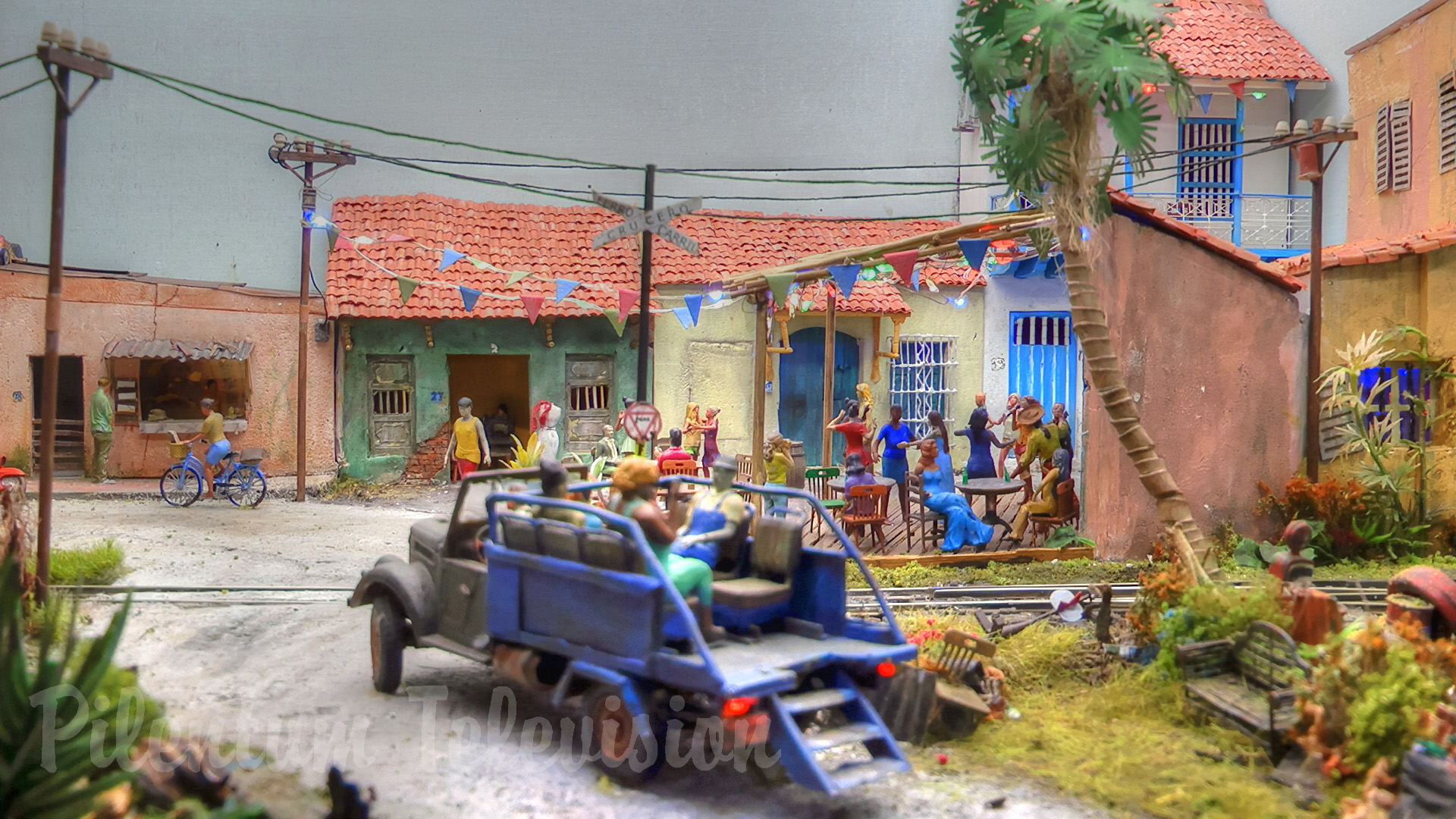 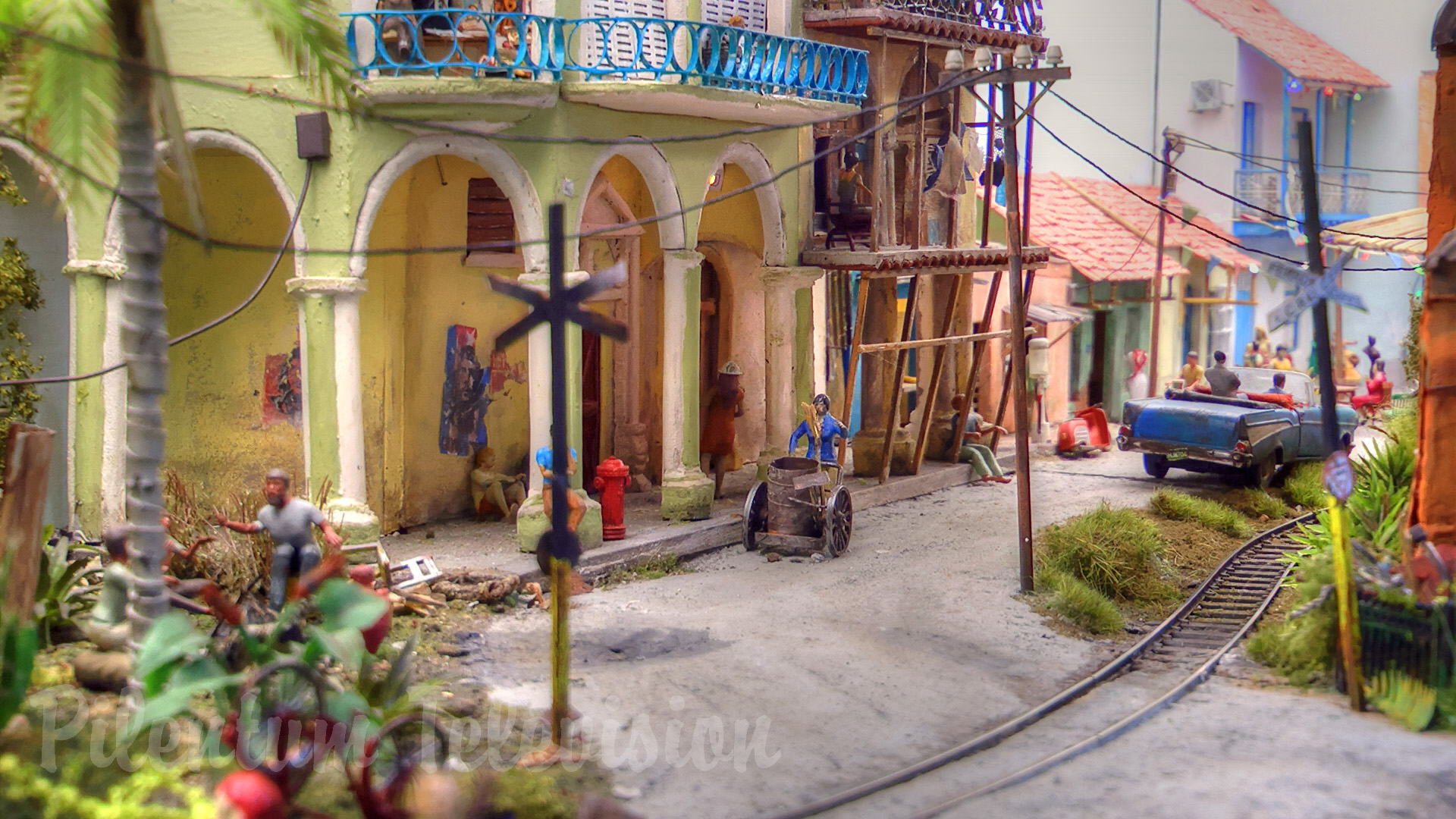 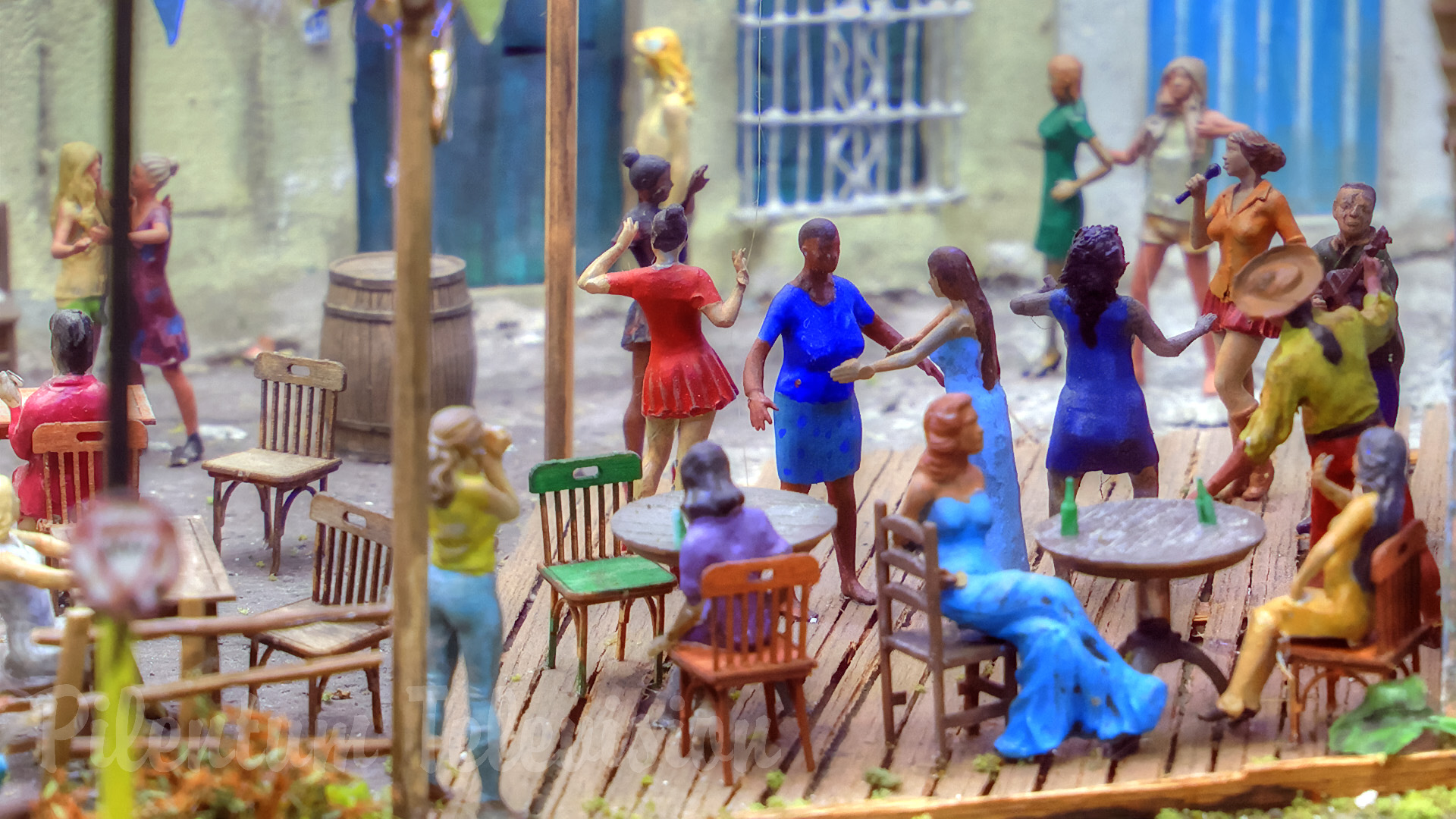 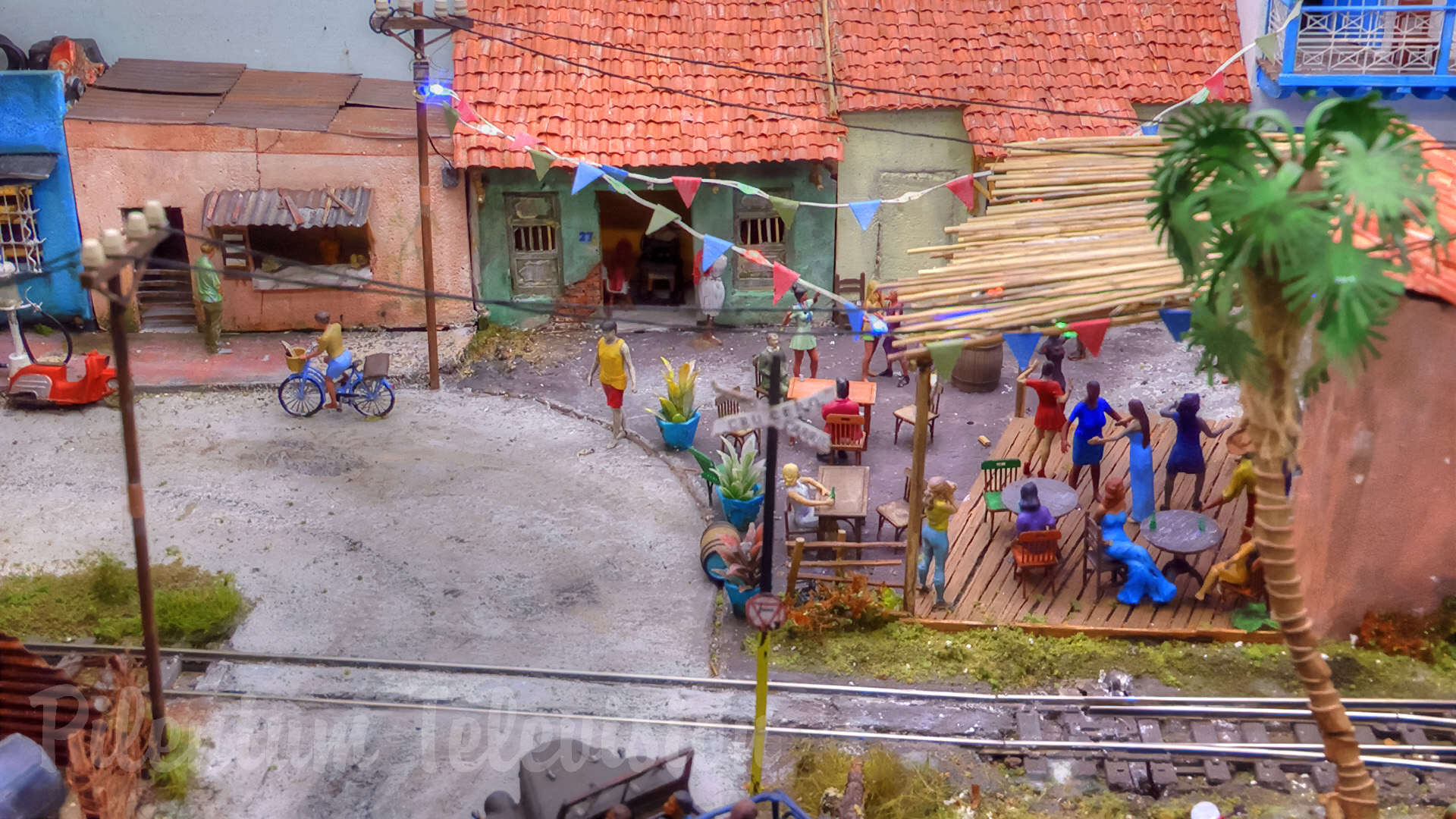 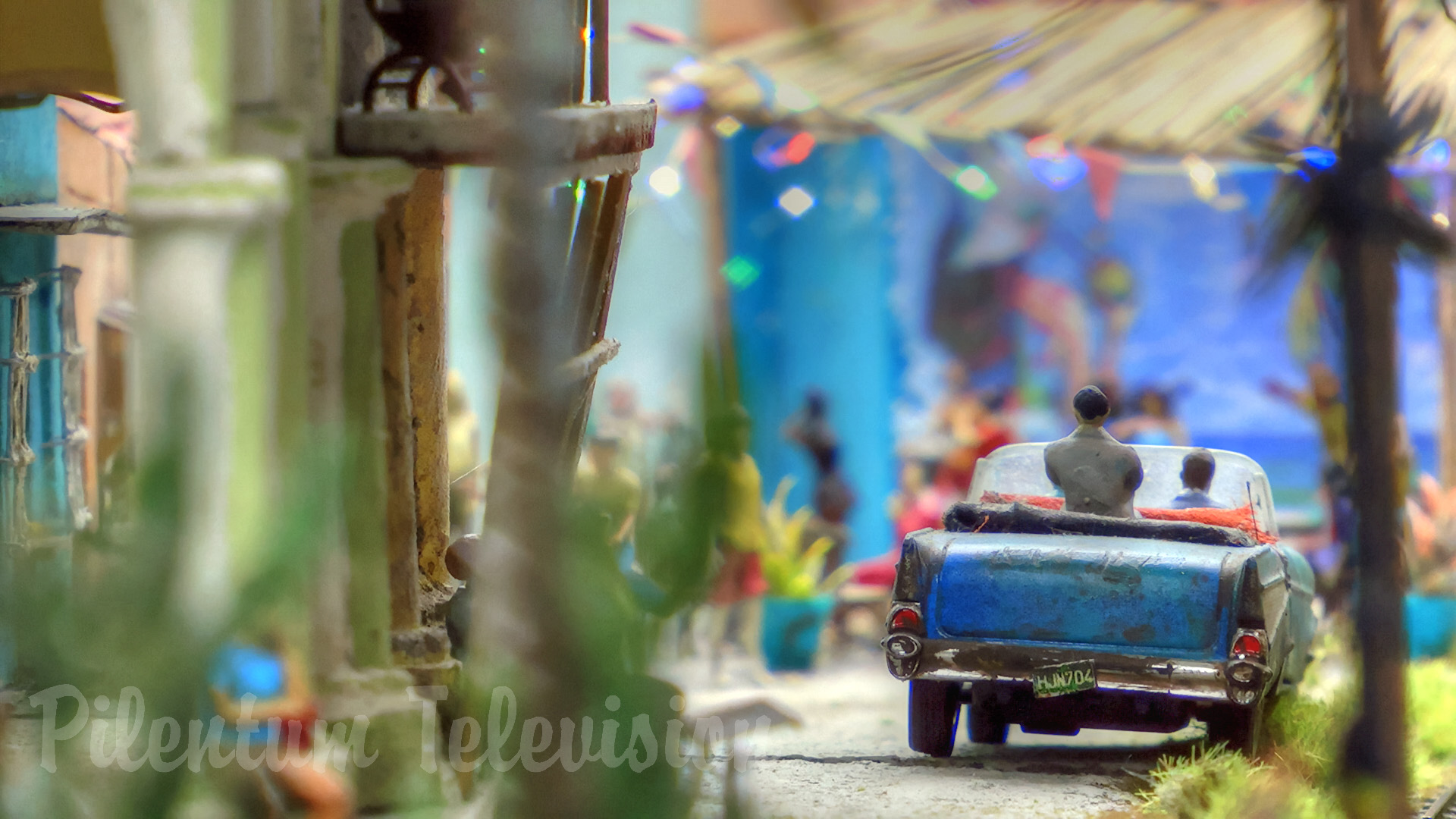 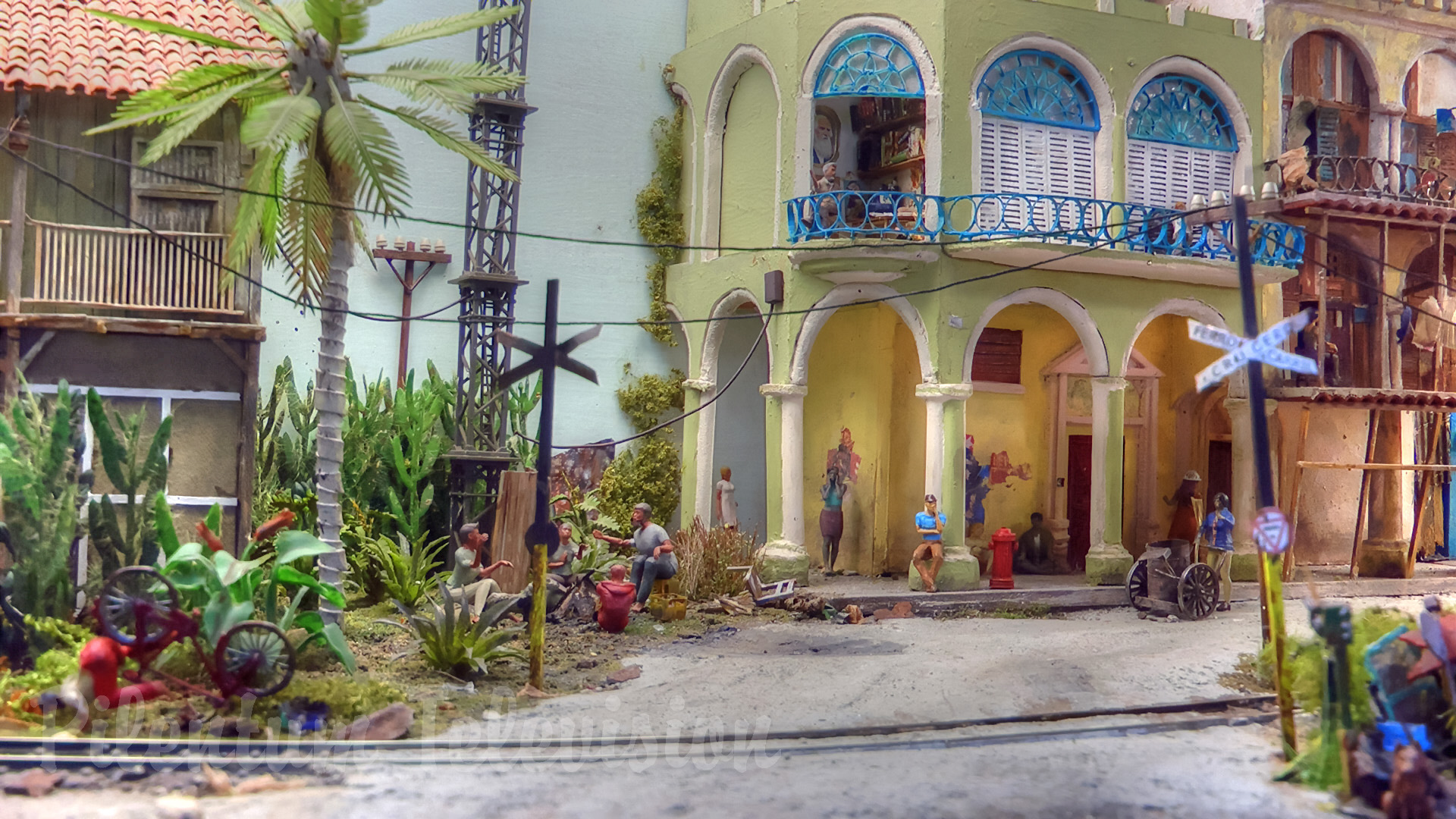 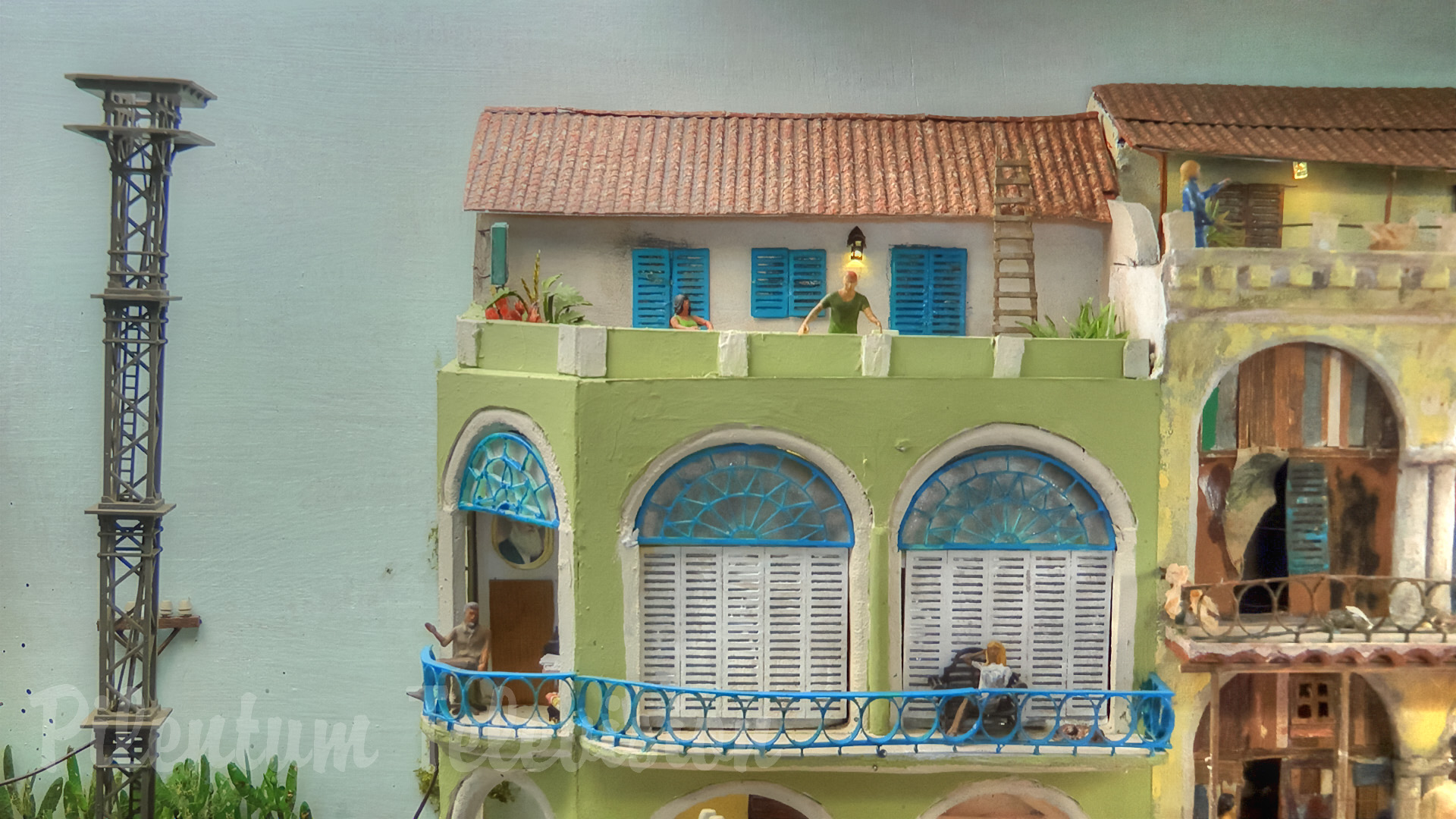 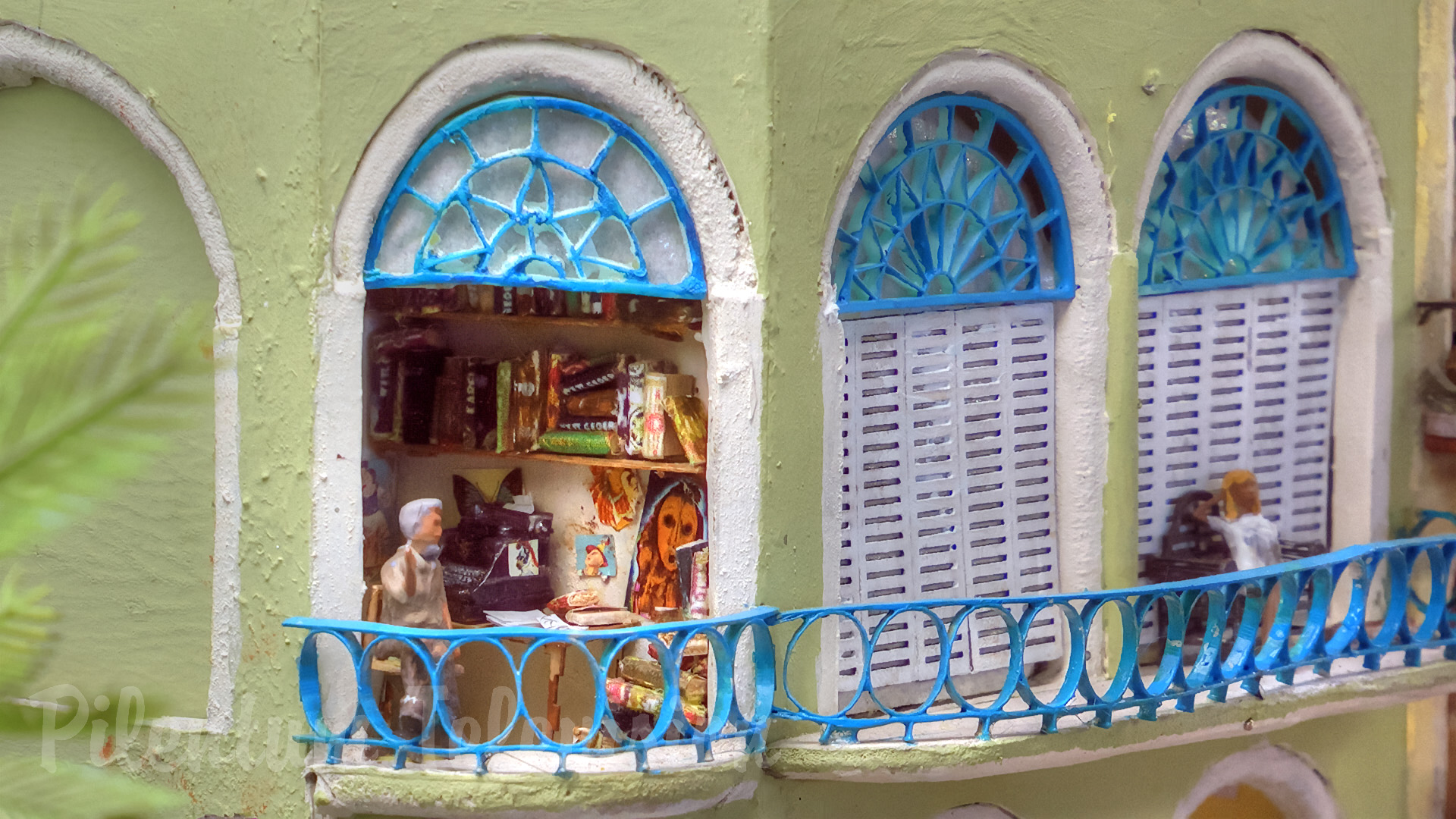 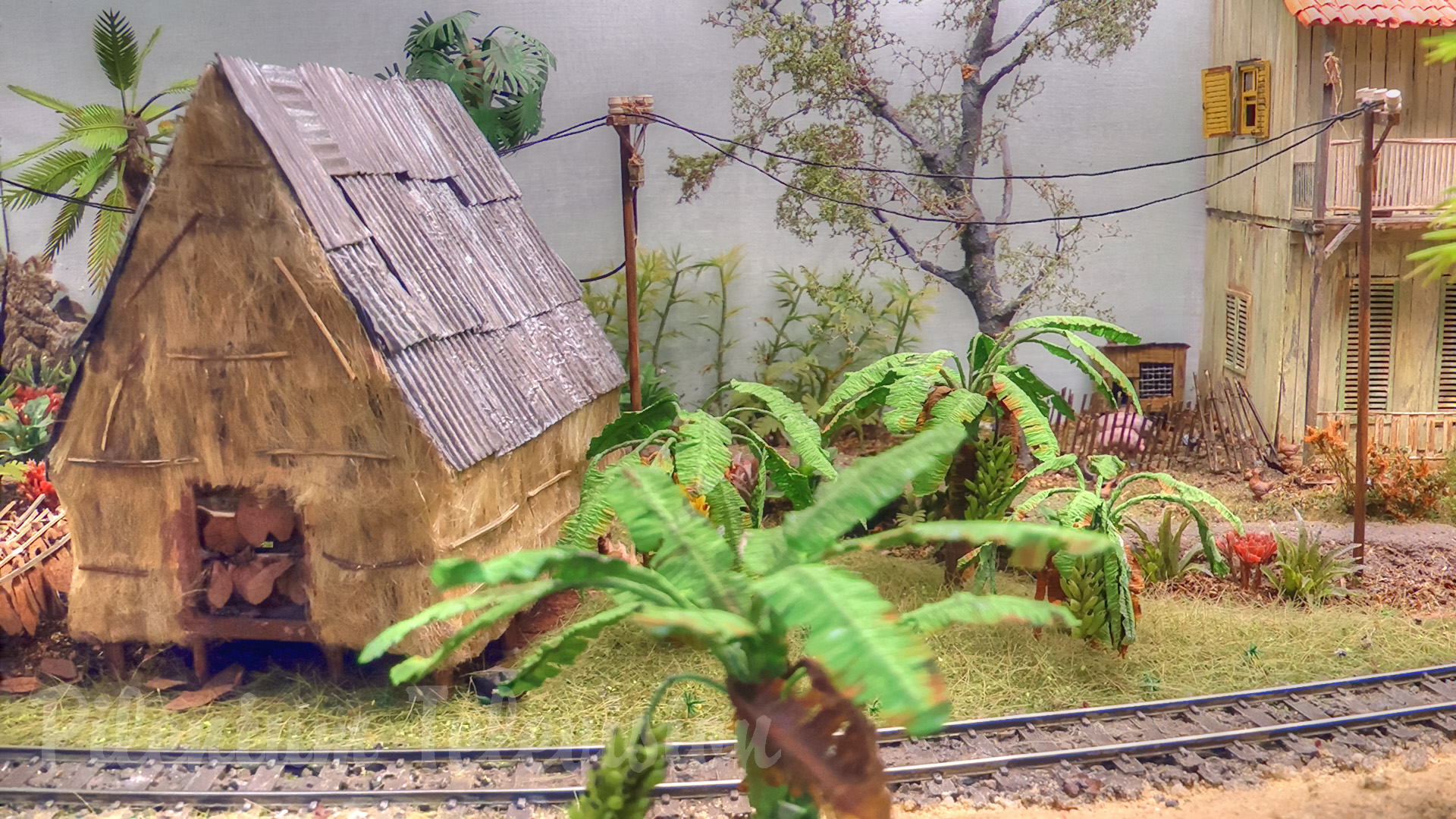 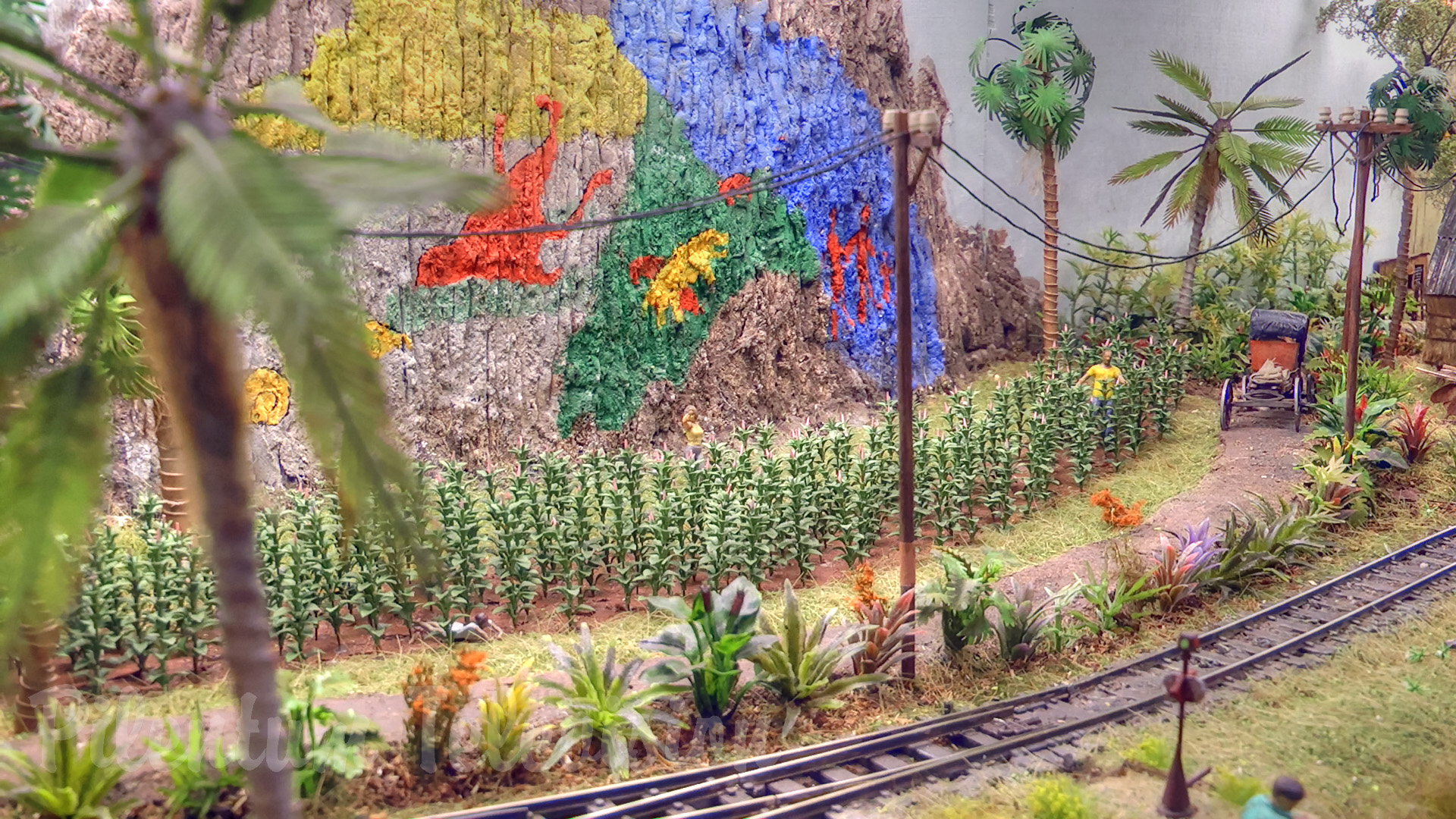 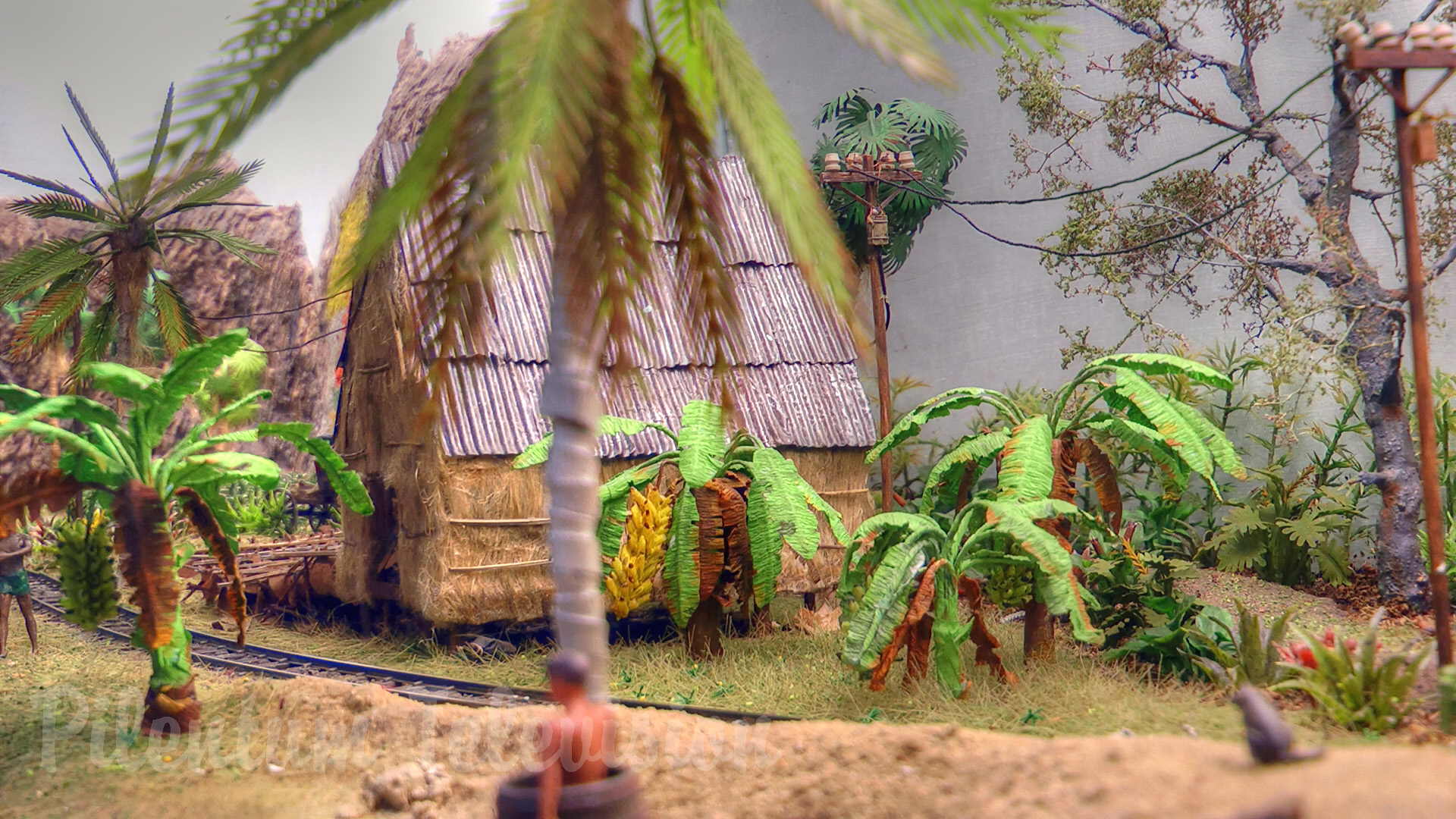 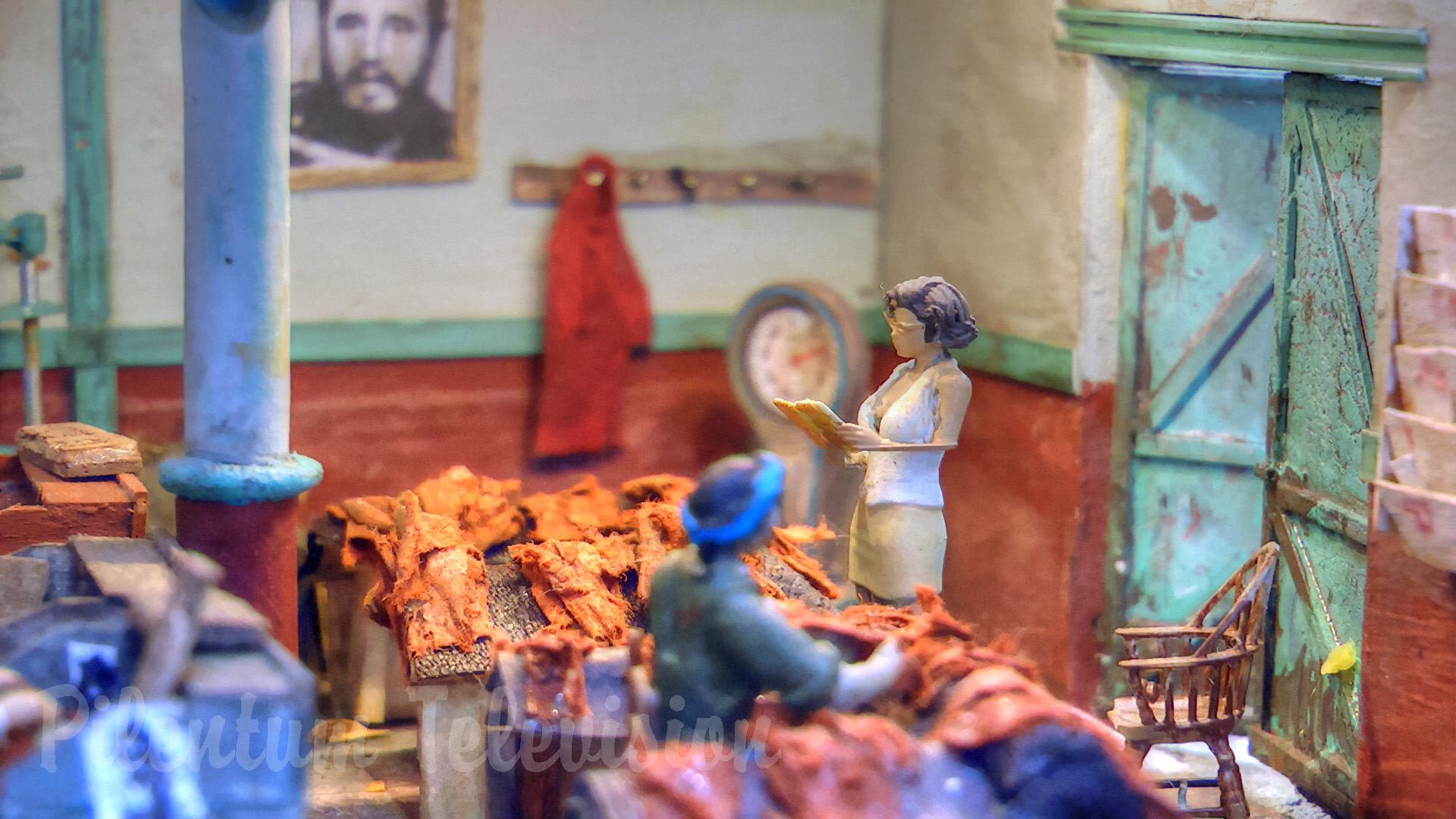 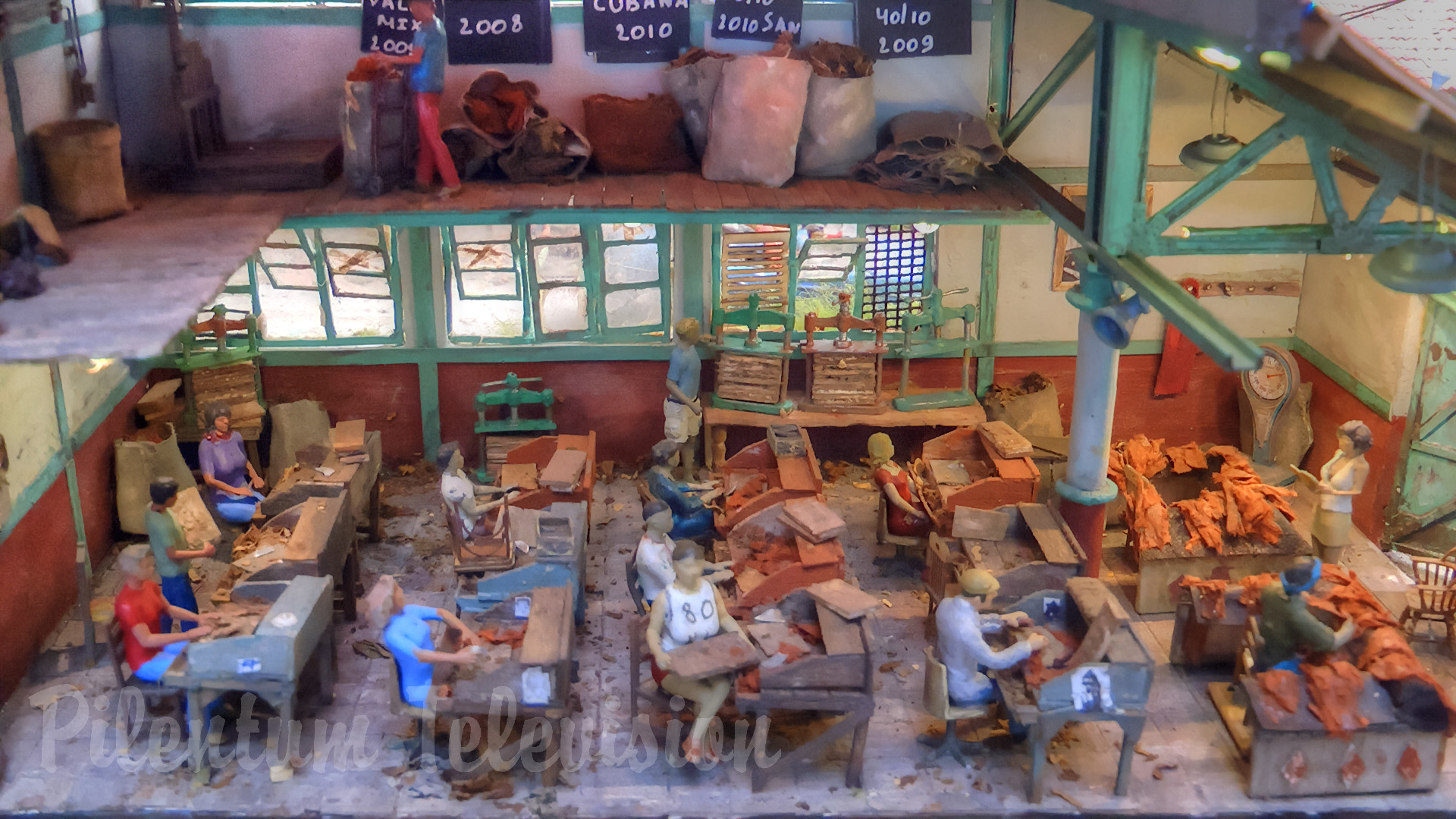 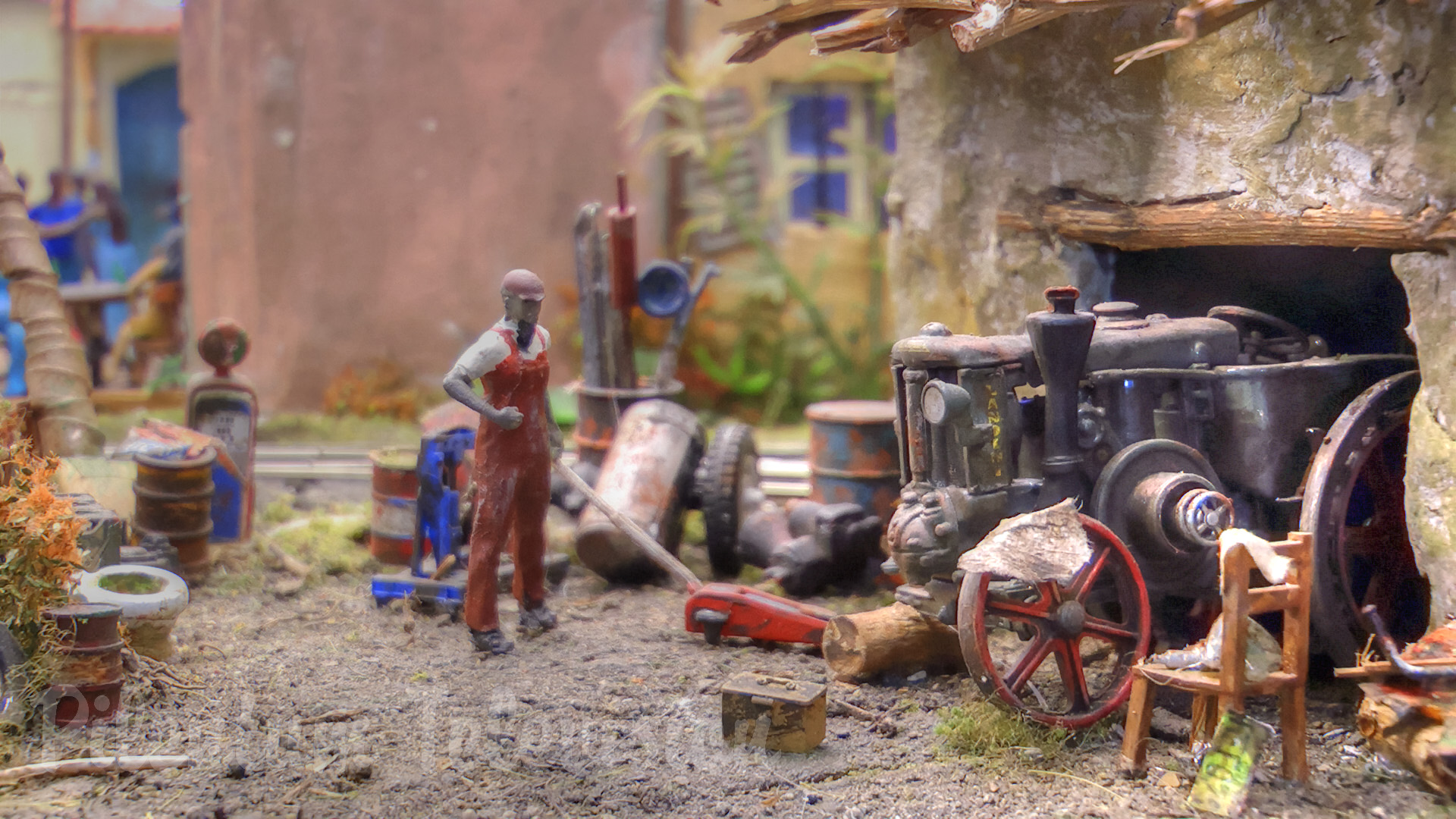 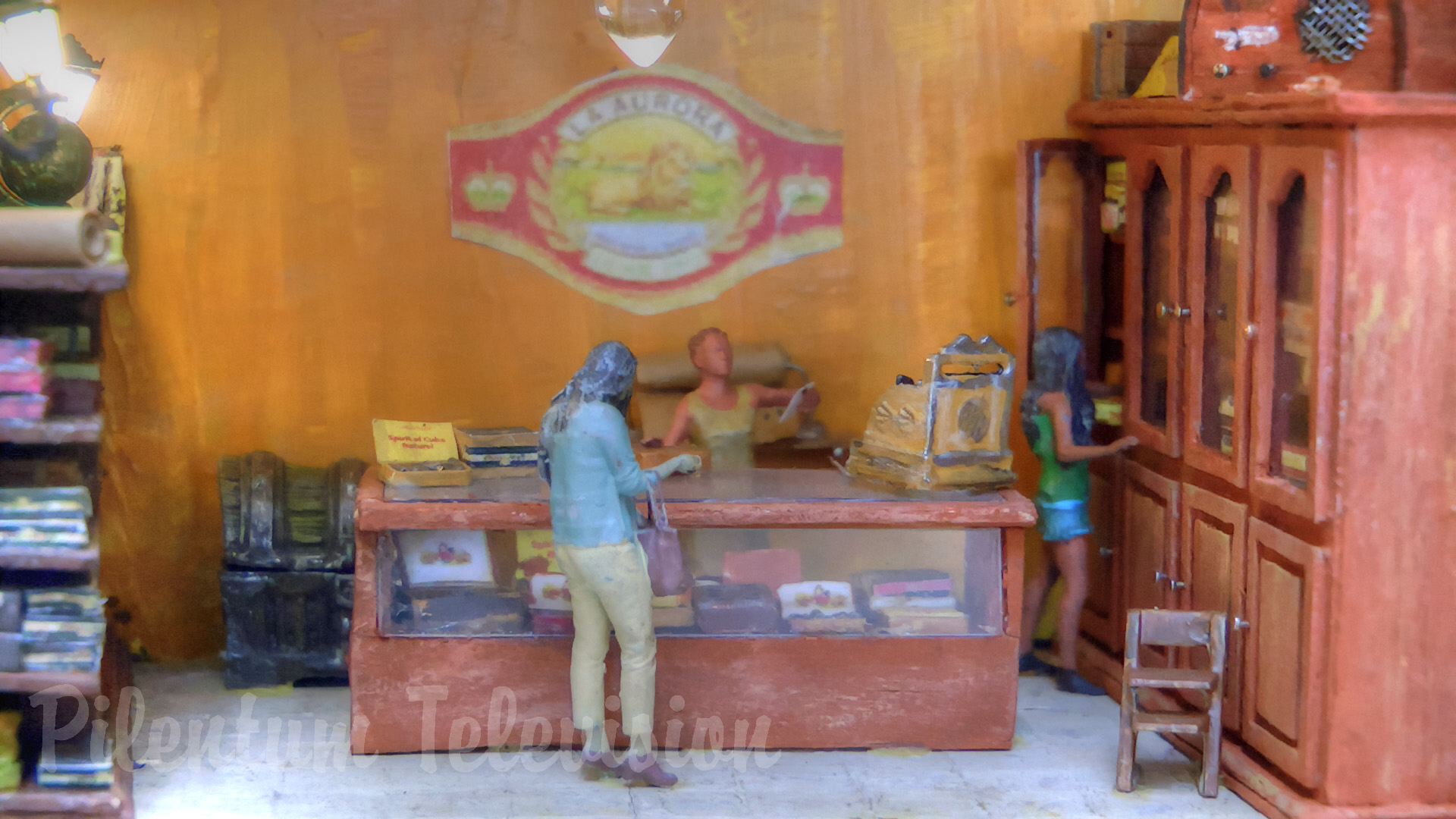 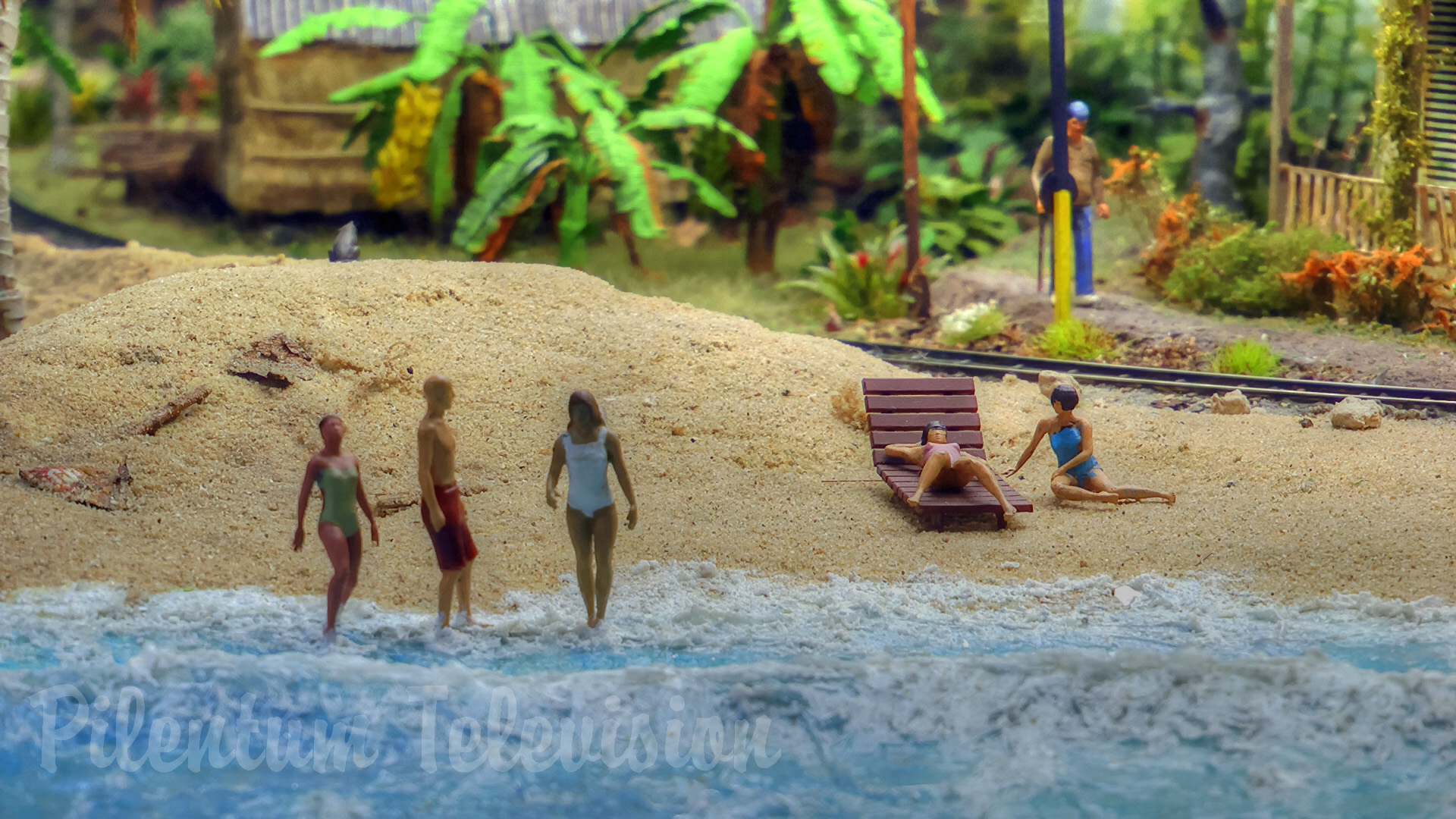 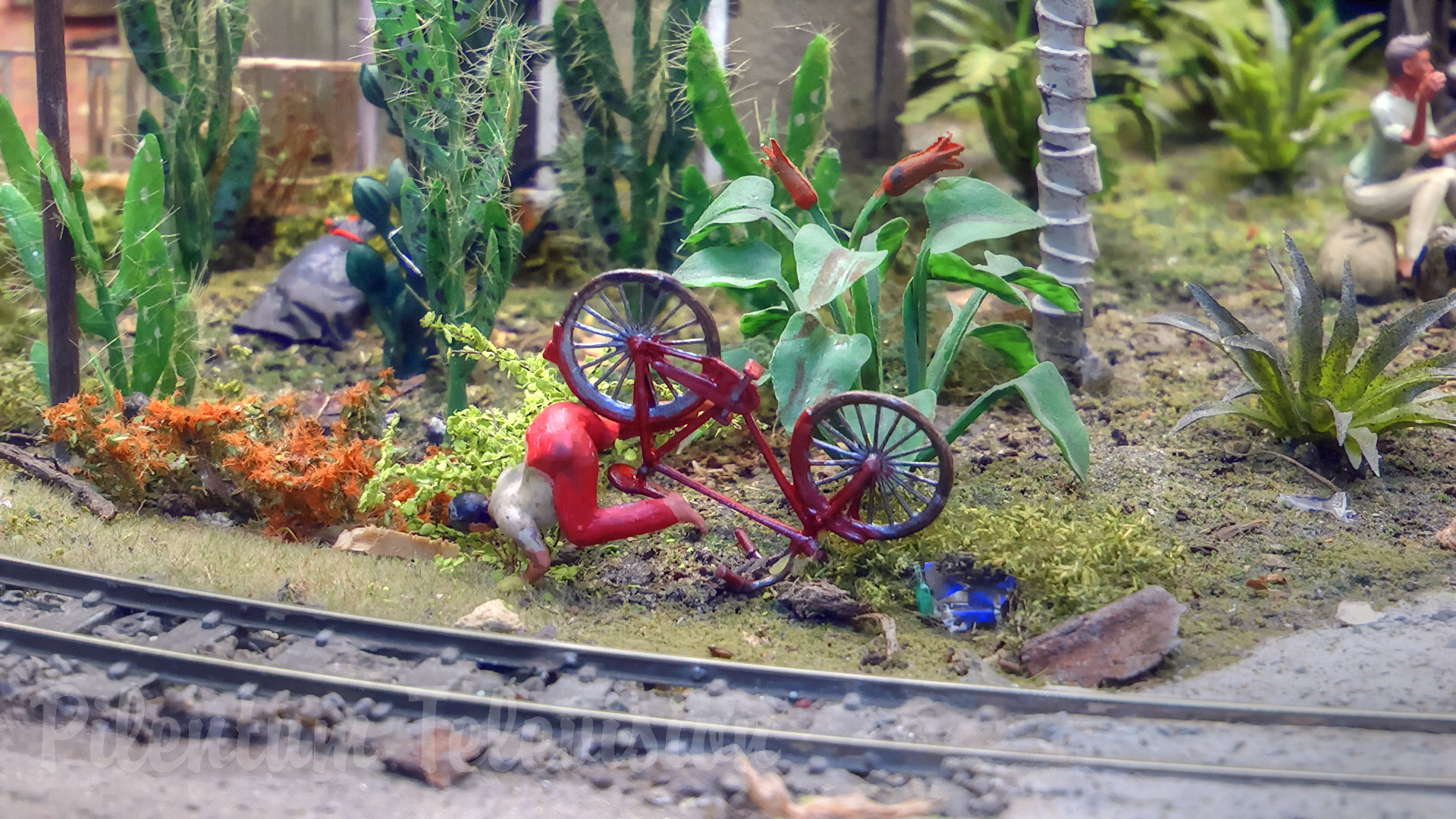 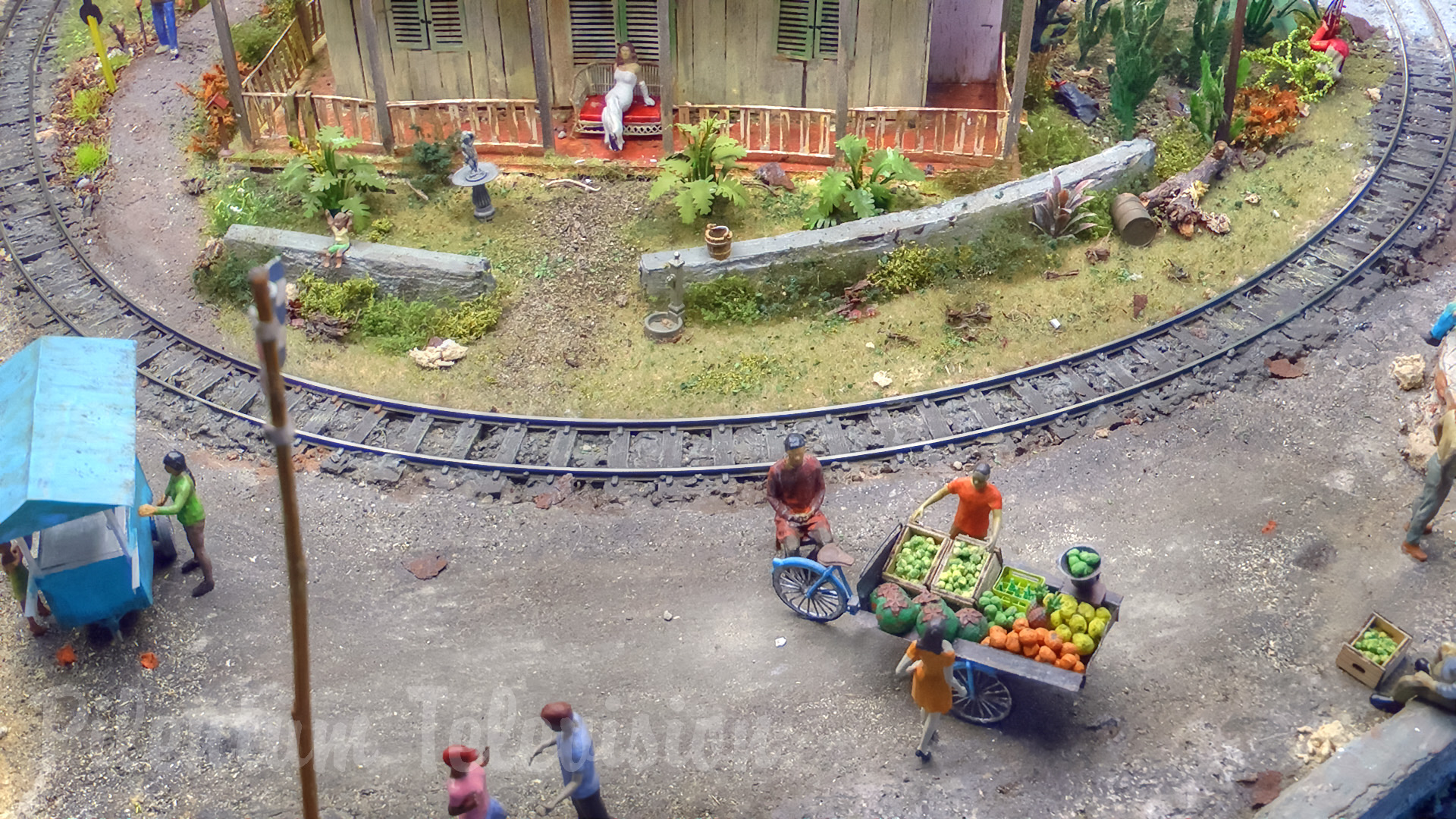