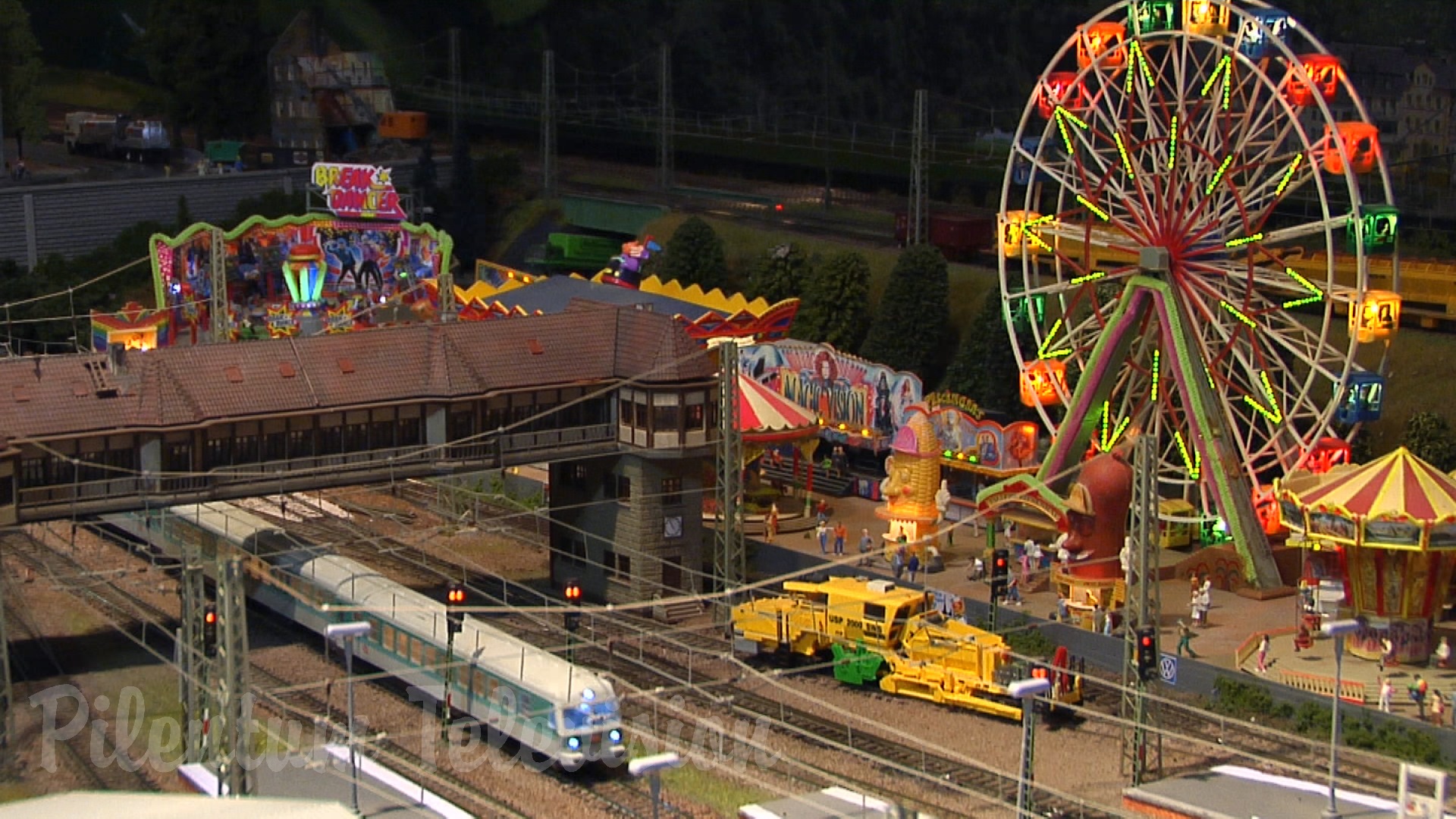 Before there was the great Miniature Wonderland in Hamburg, this fantastic model railroad layout was built in the year 1997. Then, this model railroad display was the largest DCC controlled model railroad layout in HO scale throughout Germany. In the beginning, the model train layout had an exhibition area of 100 square meters. At that time, 800 meters catenary, 400 railroad switches and 1,200 meters of railway tracks were used.

Today, the railway network grew up to 2,000 meters of railway tracks and 200 square meters exhibition area. The entire system is DCC controlled. And, also the day and night lighting is controlled automatically. There are 125 trains, freight cars, passenger cars and locomotives made by different manufacturers, for example, Marklin, Fleischmann and Roco. In addition, there are a big fun park, a large central station, a great port facility and many details.