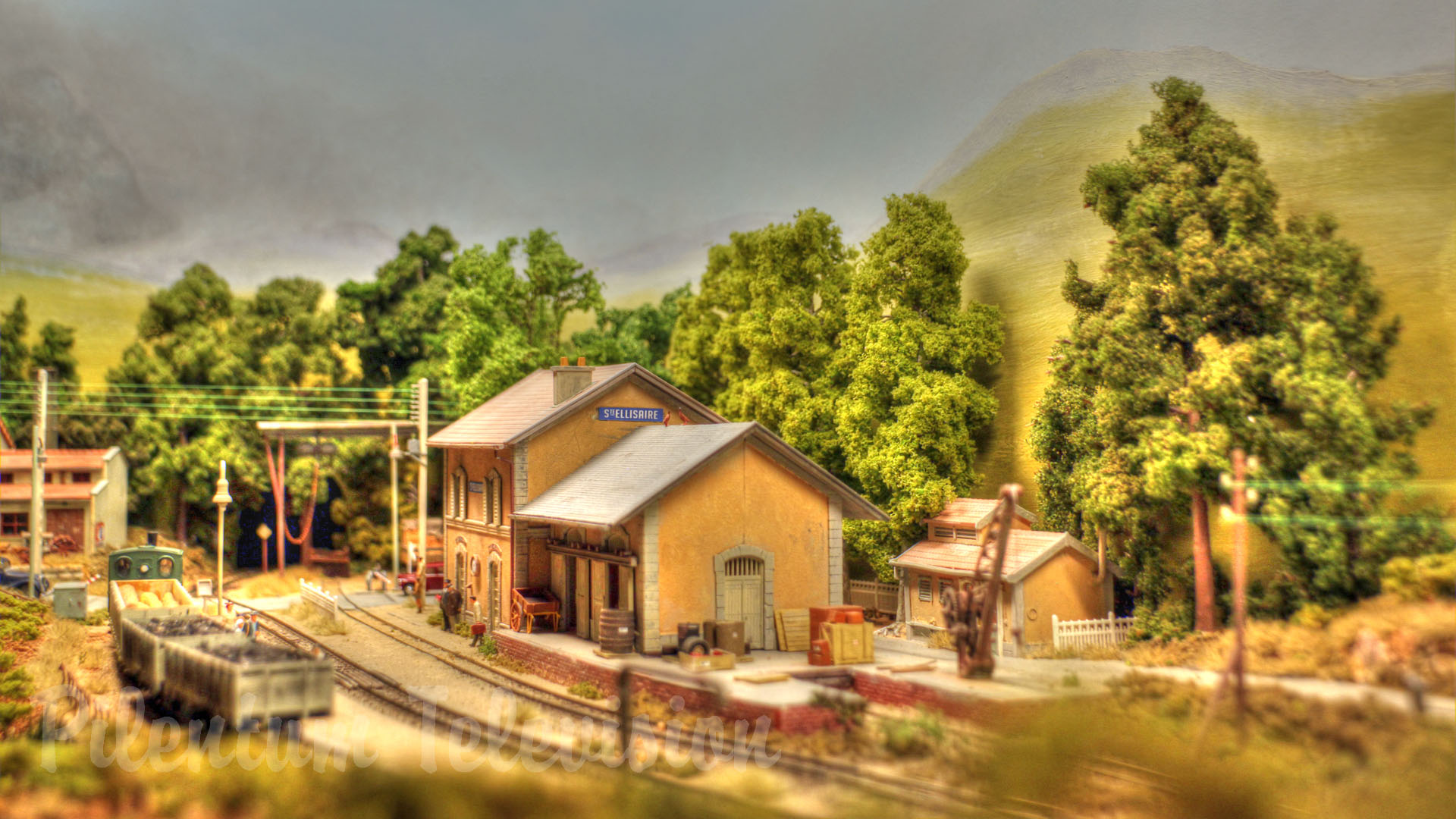 About ten years ago, the Dutch model railroader Jaco Vroom asked himself the question of how to build a charming French model railway layout including a train station diorama, fresh green vineyards and medieval half-timbered houses. The answer to this question resulted in a beautiful model railroad layout that conveys both his love of model railroading and his love of France. To give strong expression to his passion for model trains, he named his HO scale shelf layout after the name of his daughter Ellis, namely “Sainte Ellisaire”.

Following this very specific philosophy of model building to feel like on vacation in France, Jaco Vroom’s HO gauge layout depicts Alsace in the 1950's and 1960's. In the focus of the model railway layout with a size of only 180 cm x 50 cm, there is a typical French railway station with a blue and white enamel nameplate. All around are gorgeous vineyards leading to a small village.

The buildings on the layout are products of Jouef, Pola, Faller and Kibri. All the houses have been rebuilt, painted with different colors and weathered with patina. For the typical French stores and boutiques, Jaco Vroom used photos he took himself during his vacations in France. Those photos were printed out, cut out and glued in layers onto acrylic glass to make them look as realistic as possible. In the small town of Sainte Ellisaire, there are storks on the roofs and in the square in front of the church there is a World War I monument, characteristic of many French villages. A small market is held in the square where merchants hawk their goods.

The colors and details of the model railway scenery have also been designed as naturally as possible. For this, Jaco Vroom had even taken the red earth and some stones home with him after a vacation in the region. That’s why it almost seems real when the Citroën H Van drives down the small country road through the vineyards. This scale model of the panel van (light truck), once produced by the French automaker Citroën, is a converted vehicle from the Faller Car system.

The track plan consists of a simple oval. While one half of the oval presents the visible area for spectators, the other half of the oval consists of a staging yard on the back side where three train sets can be stored. By cleverly shaping the landscape, you still have the impression that the model train is really coming from somewhere and going somewhere. The combination of the staging yard and the tracks in the station turn the diorama into a small model railroad switching layout. Therefore, we see steam trains, freight trains and even a Billard railbus, type A 80D, arriving and departing from the station.

In the 1950's and 1960's, many branch lines in France were not built as standard gauge railways, but in narrow gauge. Therefore, Jaco Vroom also built his model train layout in narrow gauge, namely 9 mm or 0.354 inch. The European Standards for Model Railways (NEM), also known as Normal European Modelling Standards (NEM Standards) refer to this scale as H0e. The National Model Railroad Association (NMRA) defines this scale as HOn30. And because Sainte Ellisaire’s railway station is so small and so insignificant in the great French rail network, it is not served by the French National Railway Company, also known as “Société nationale des chemins de fer français” (SNCF). The regional rail traffic is operated by the so-called secondary railways or Departmental Railway Companies, better known as “Compagnie de chemins de fer départementaux” (CFD). 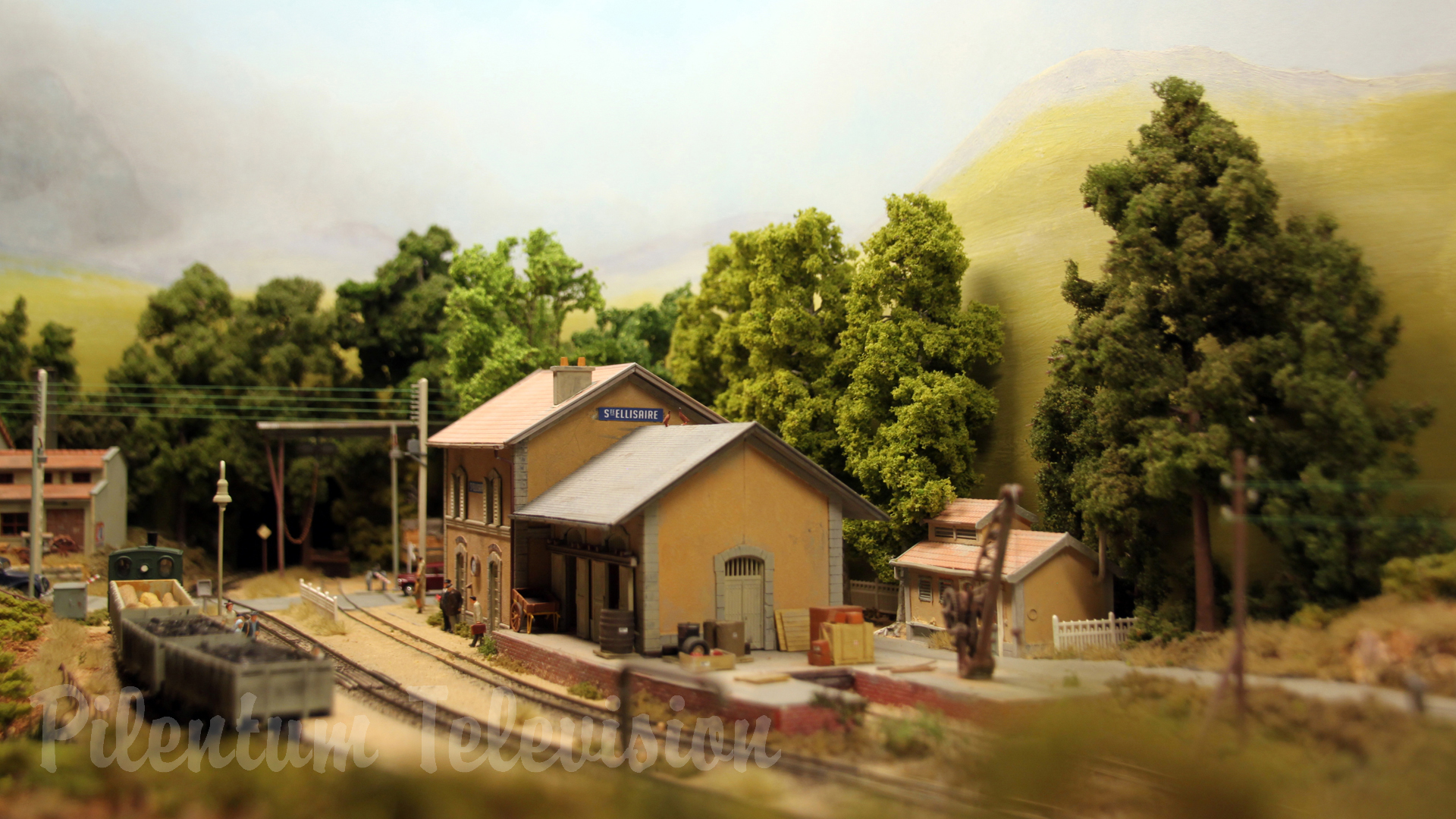 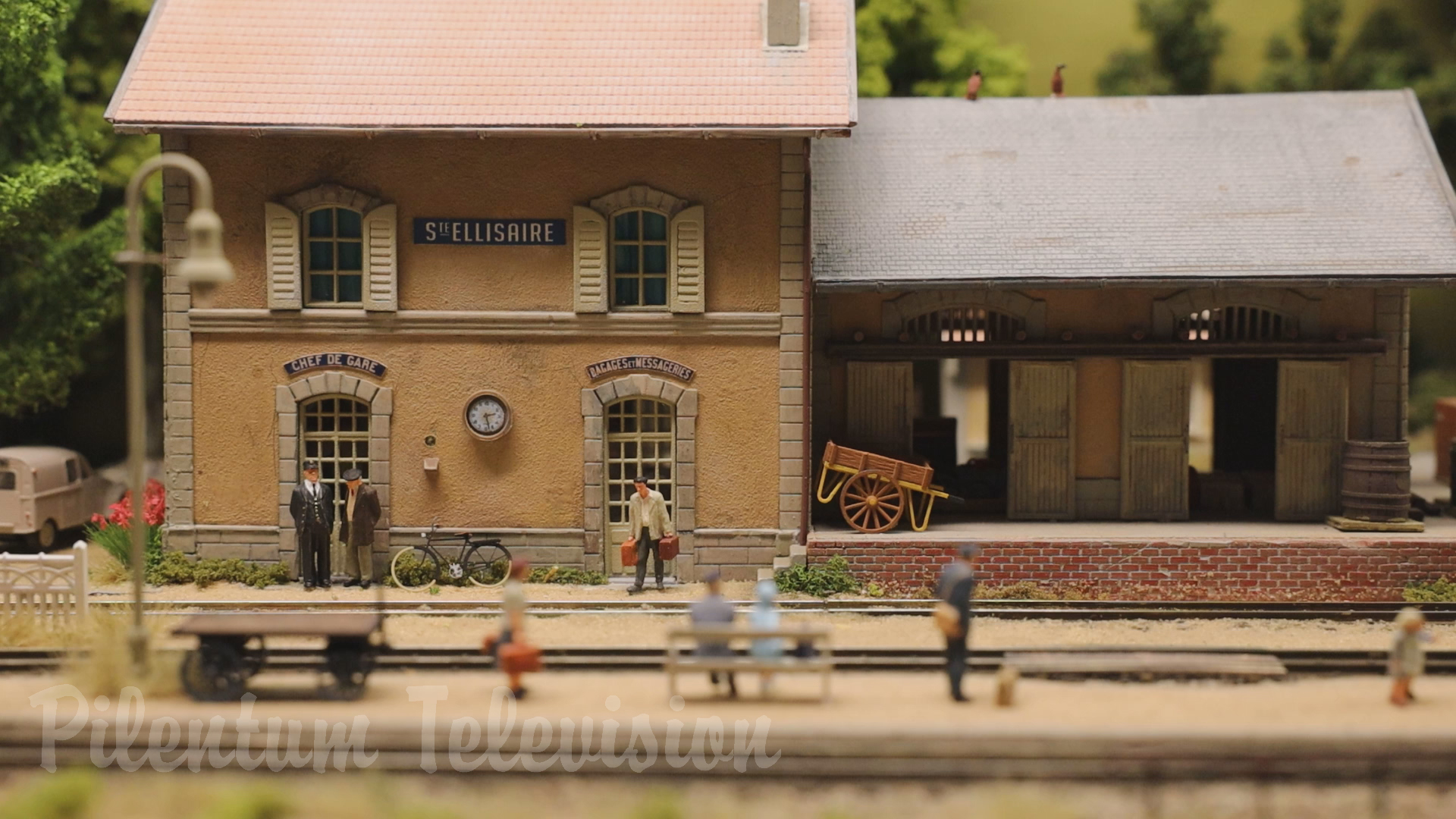 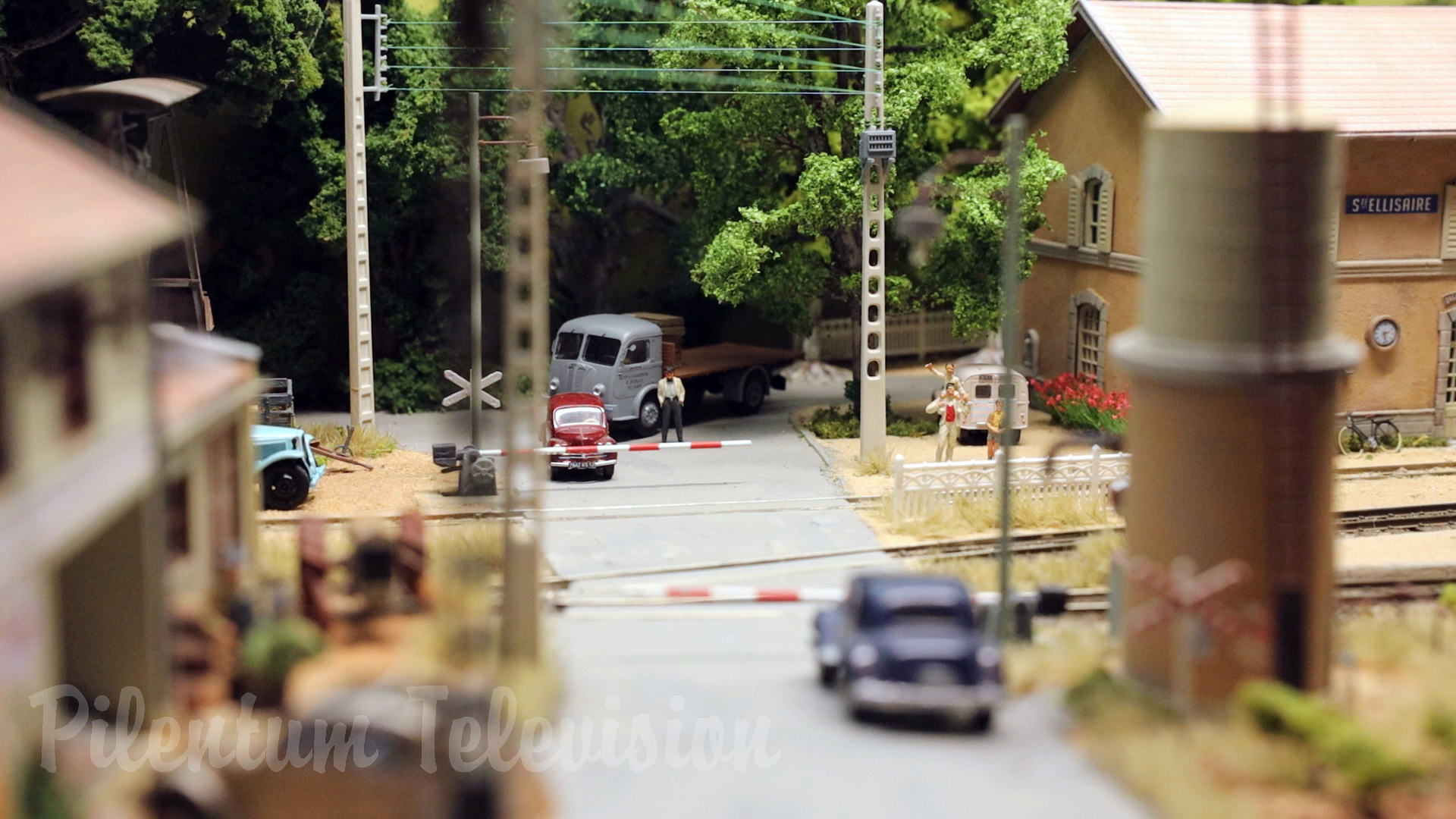 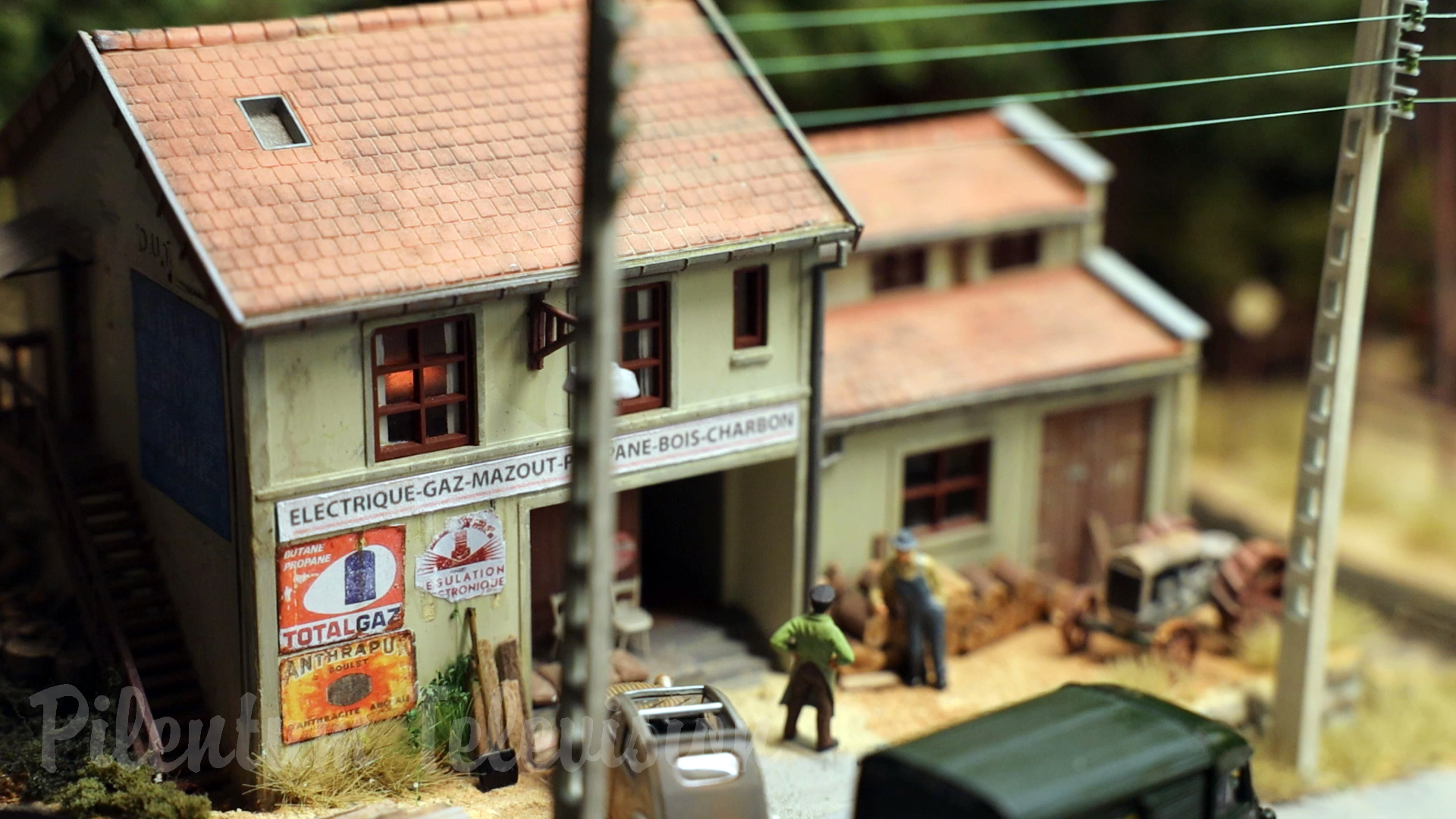 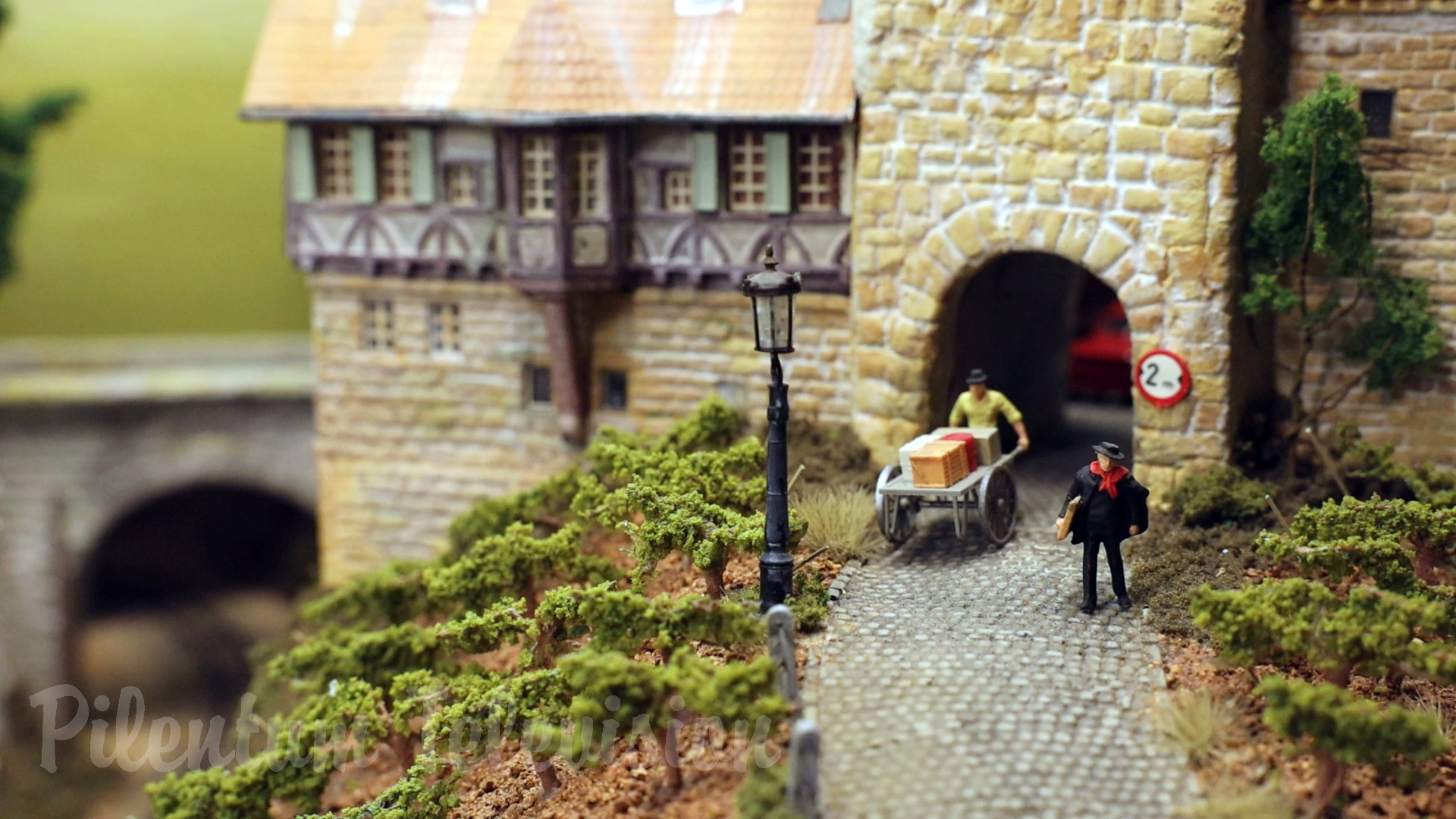 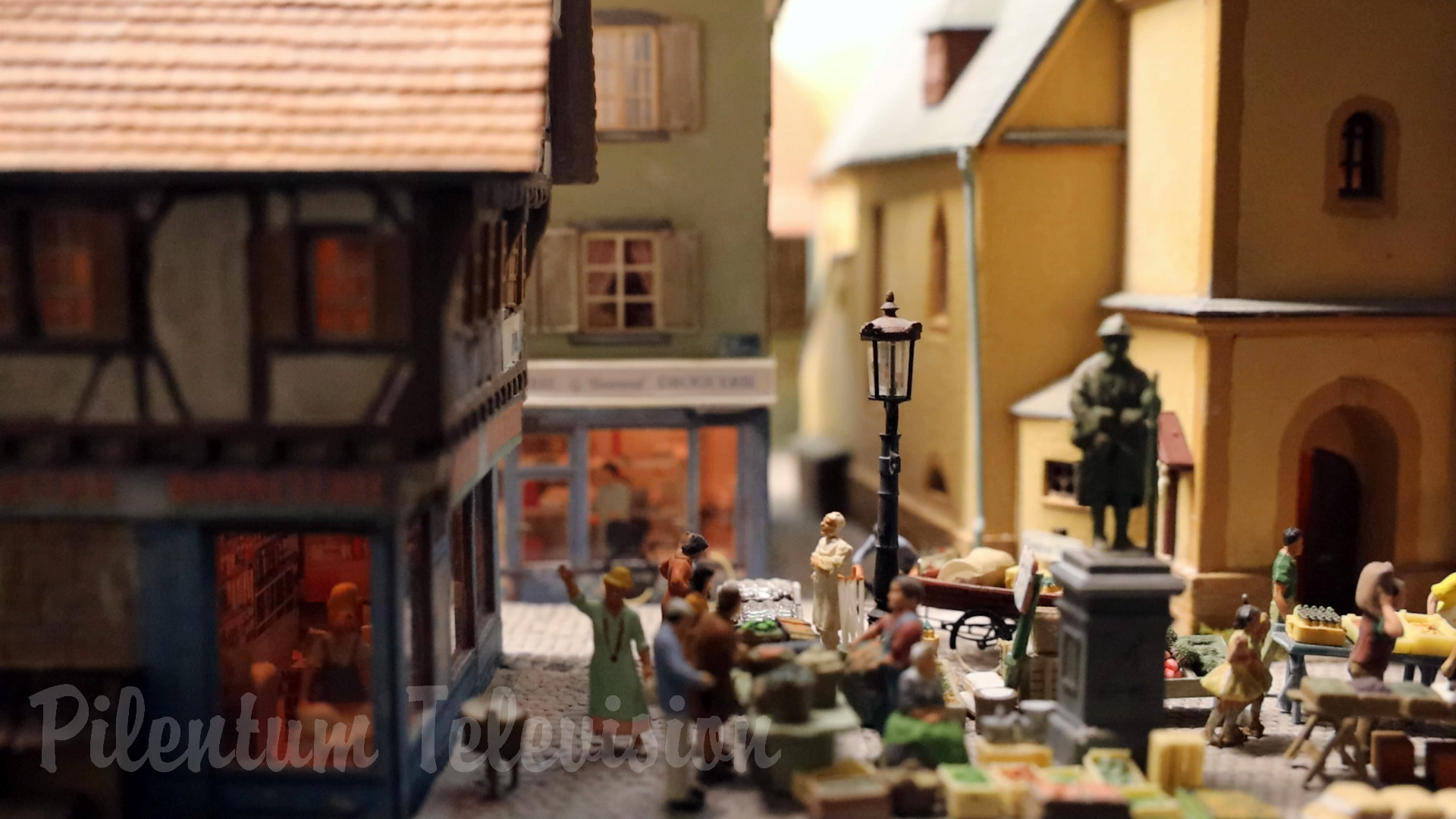 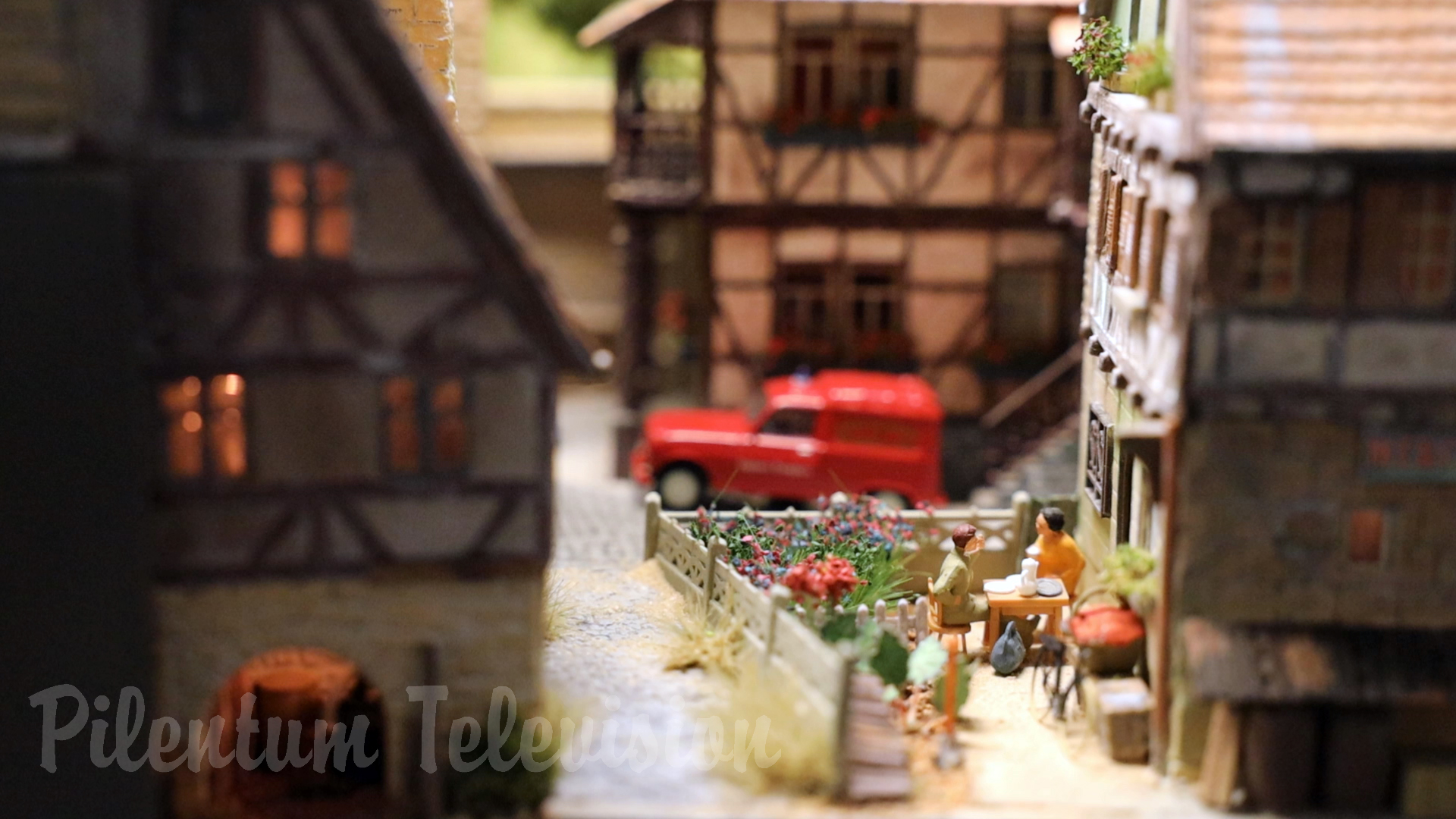 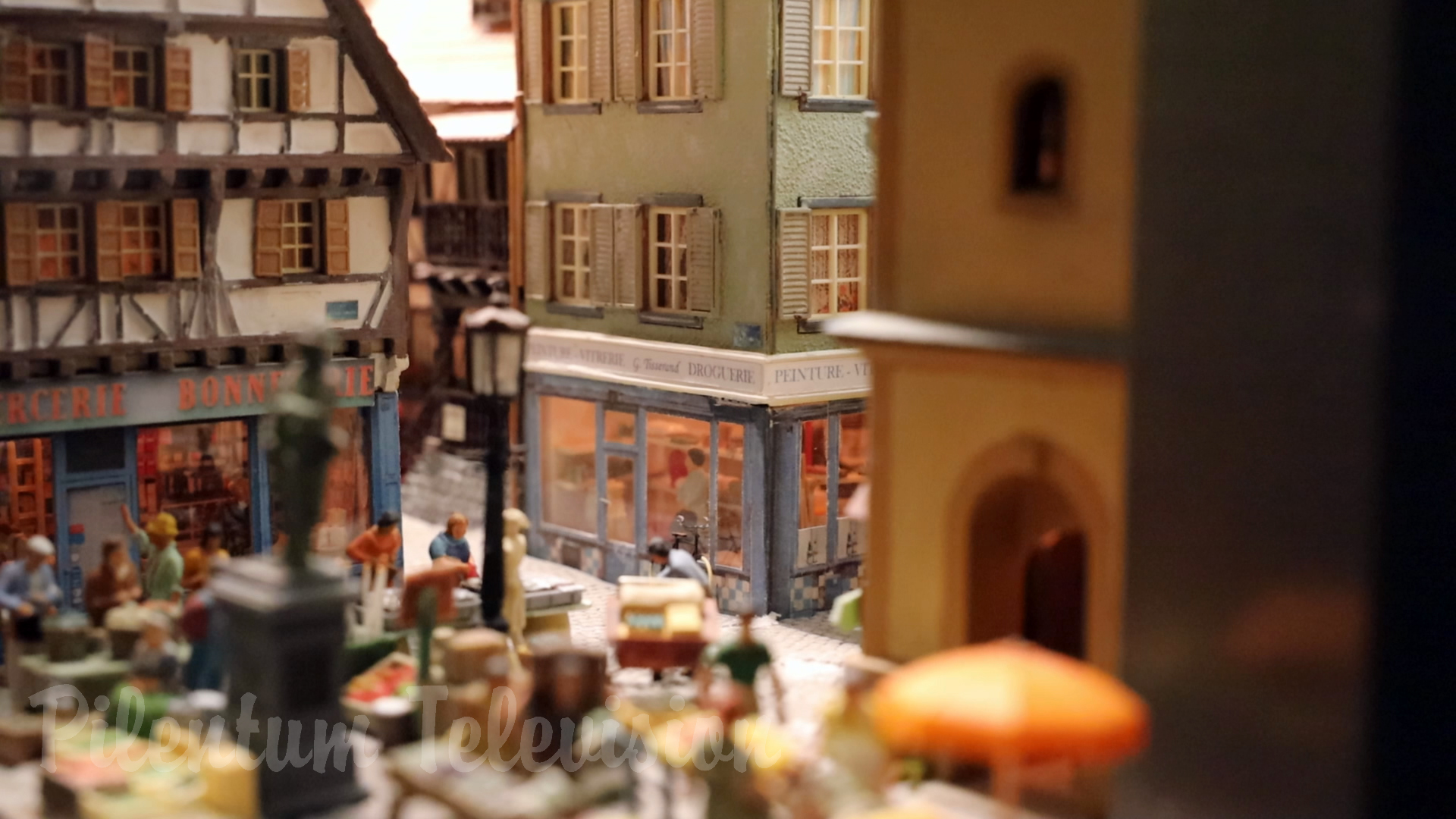 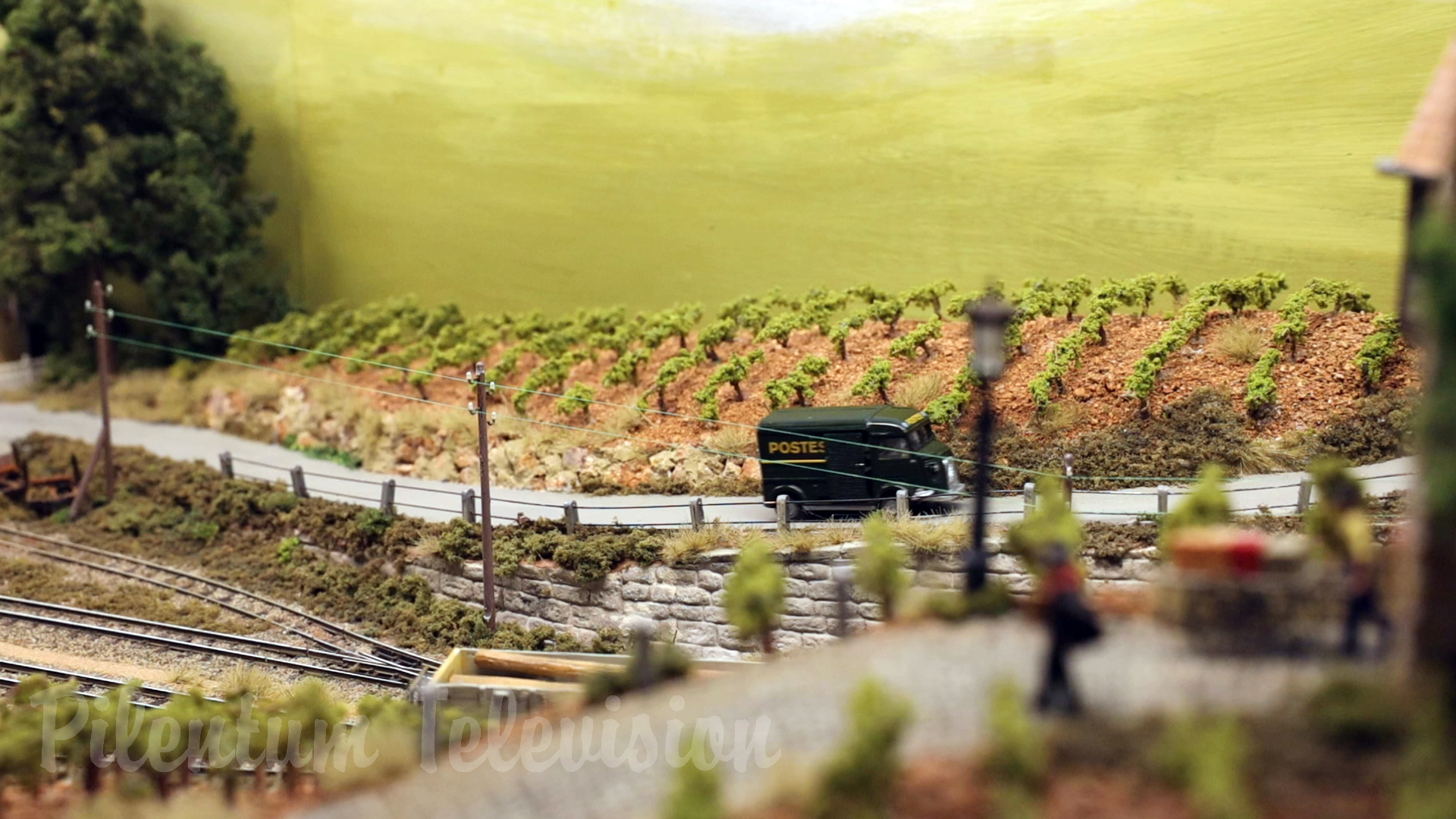 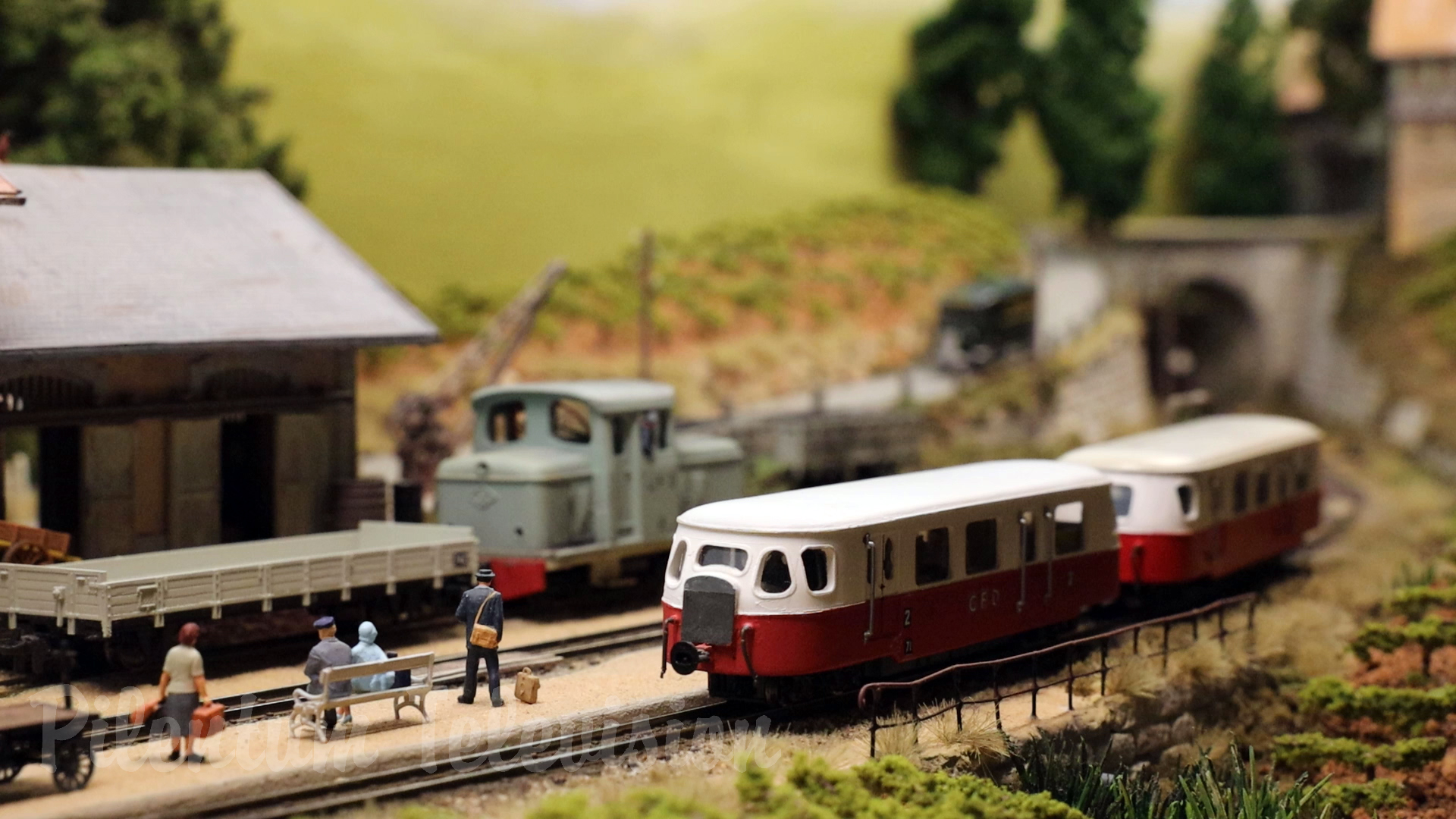 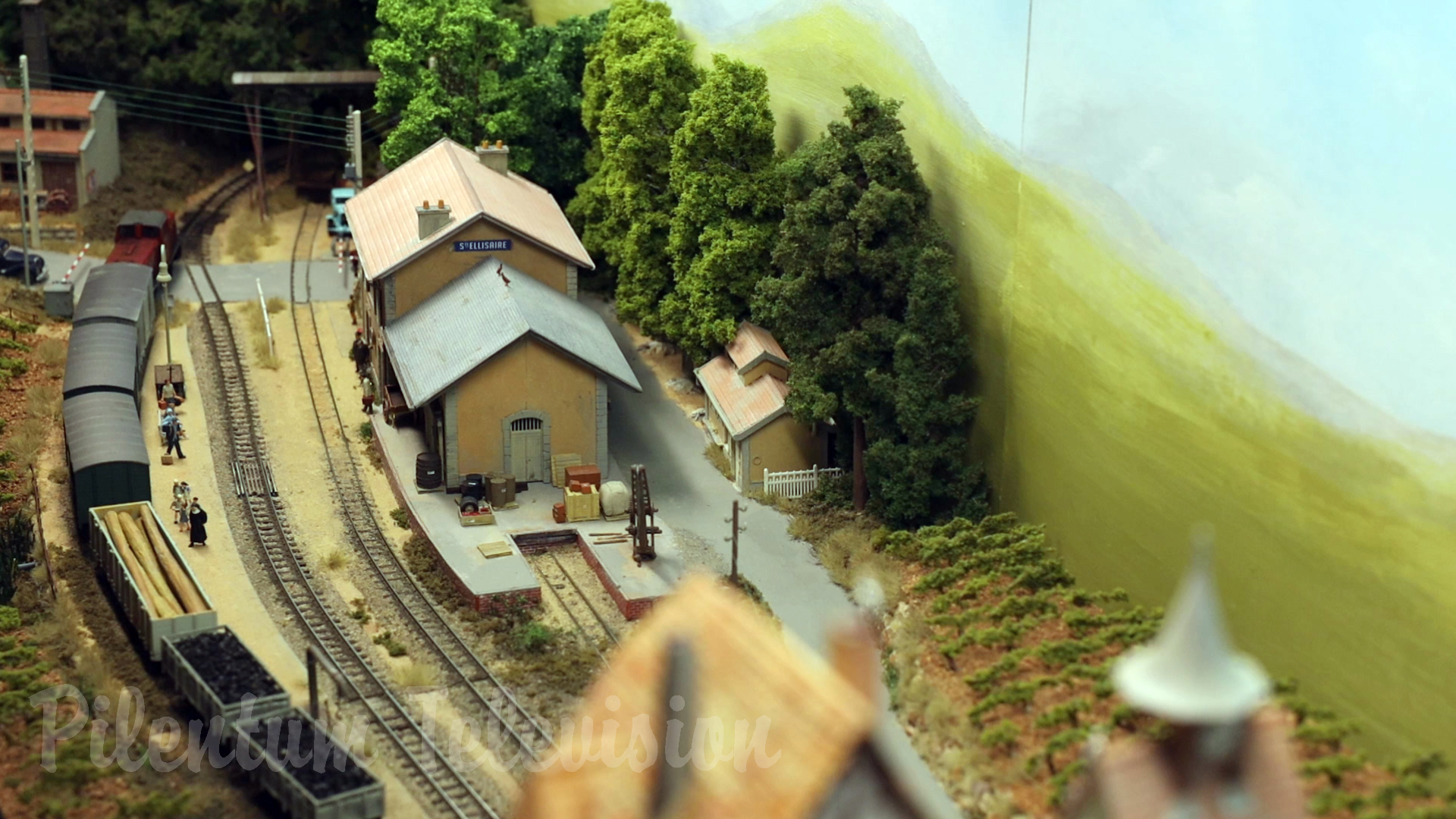 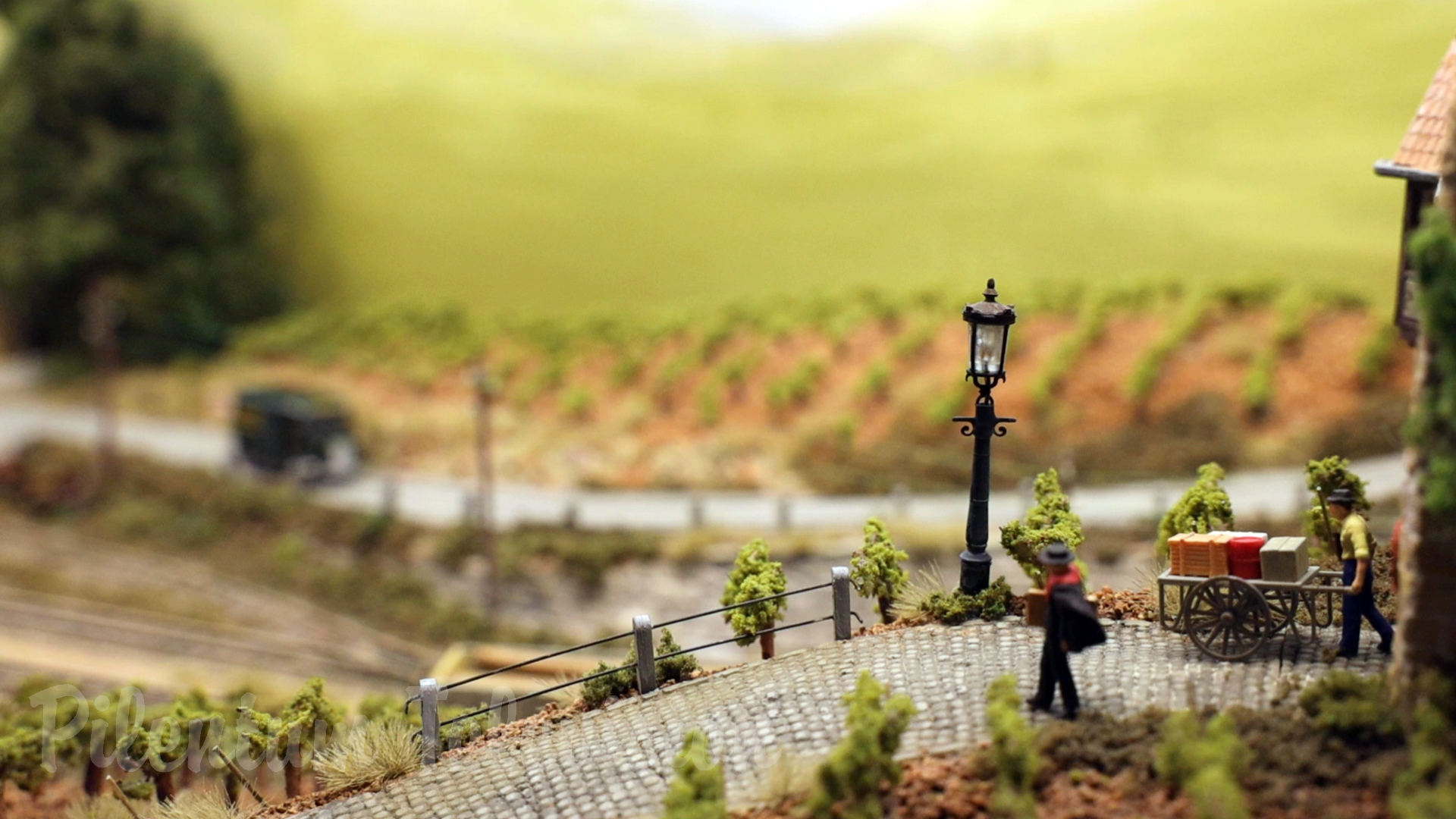 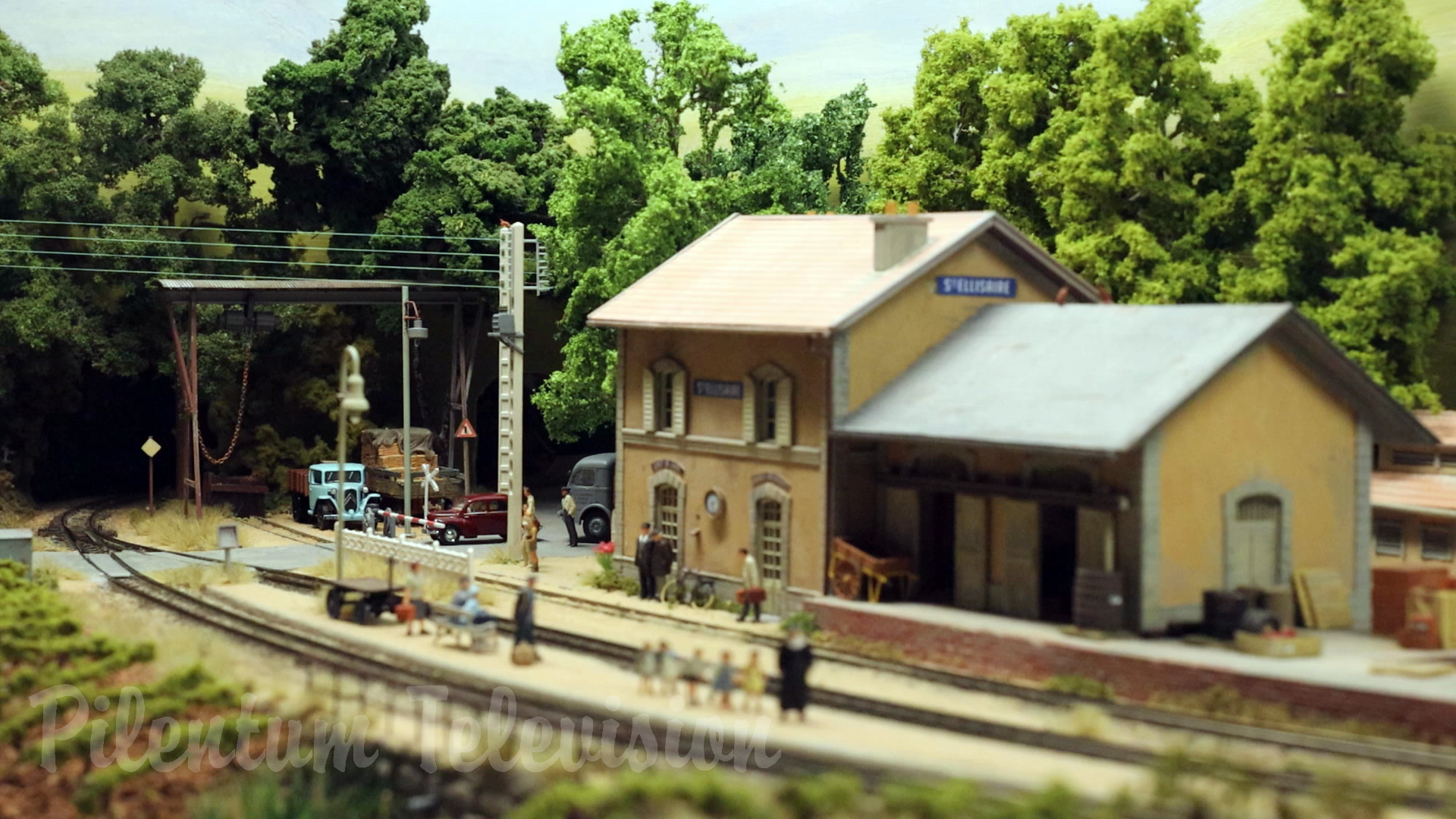 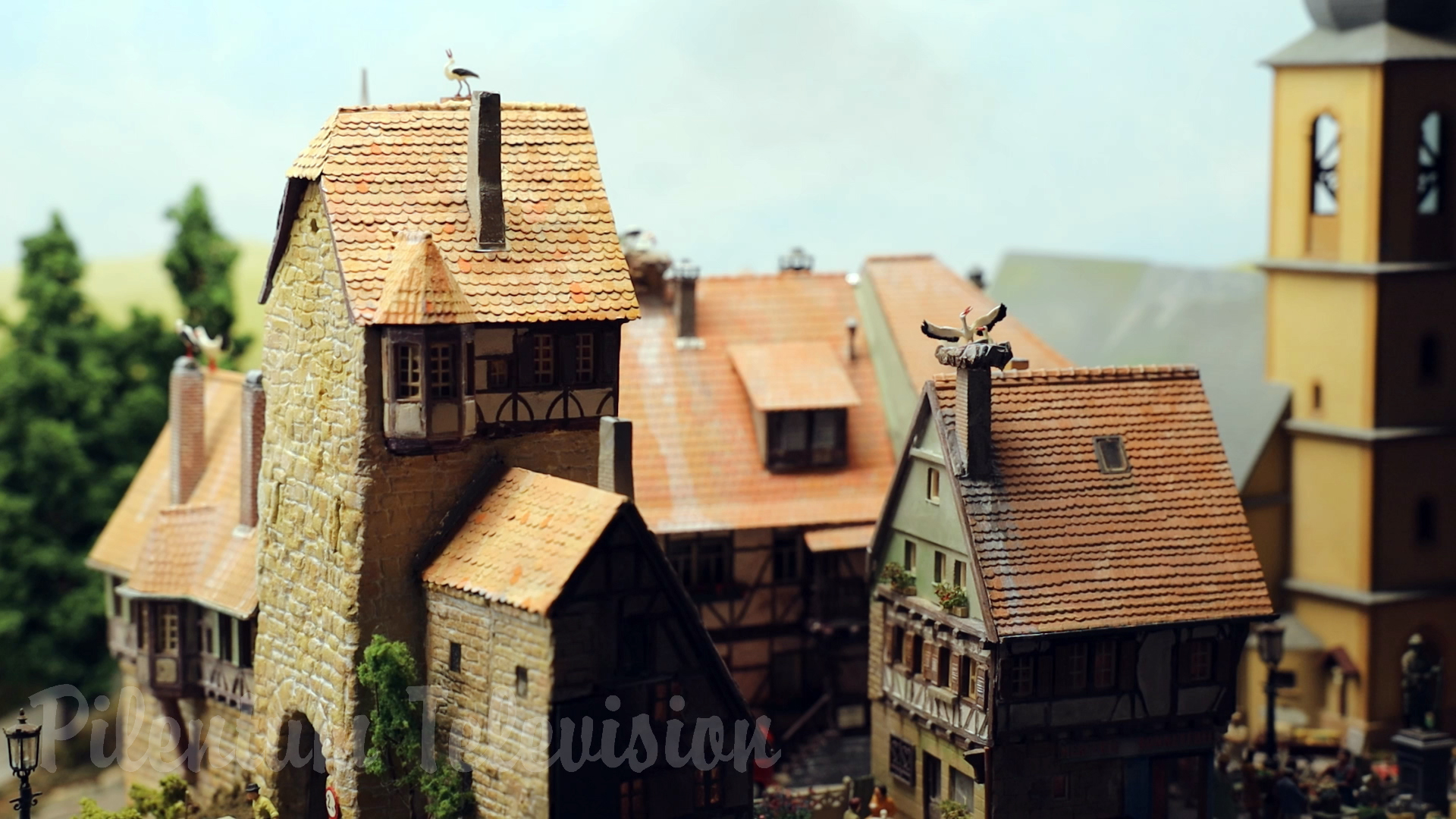 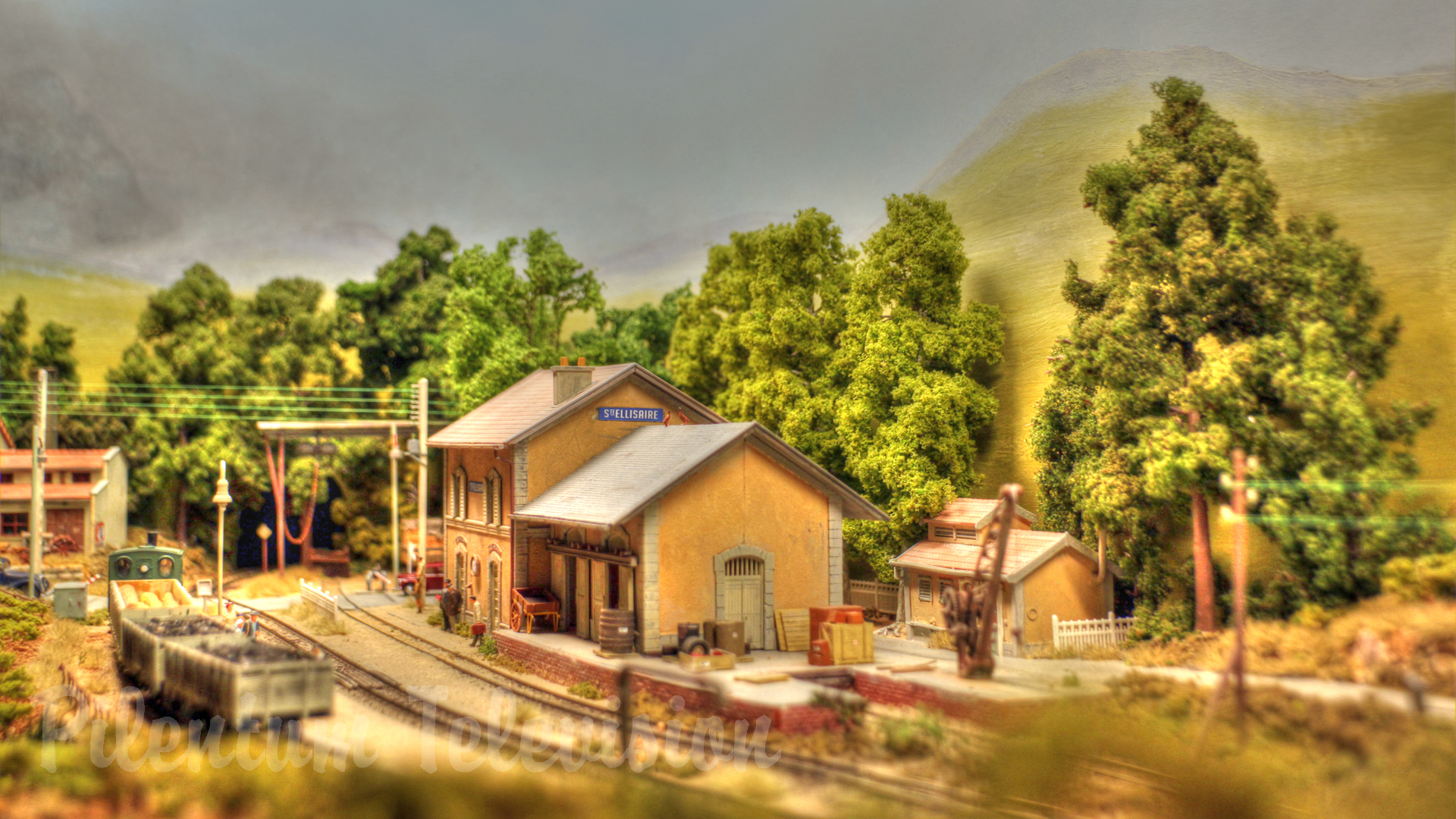