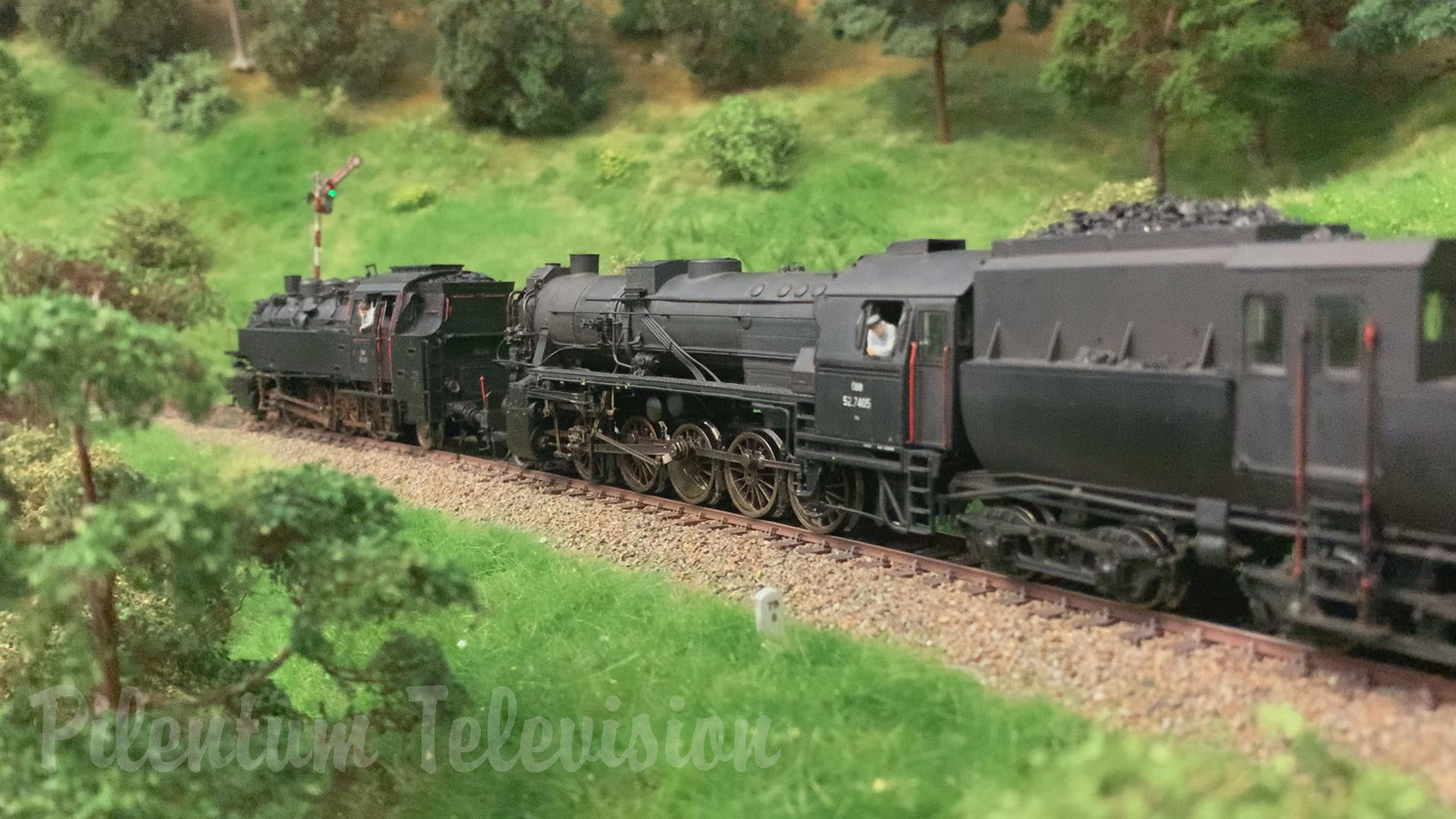 This model railway micro layout, presenting a lot of steam locomotives and diesel trains used by the Austrian Federal Railways, has been constructed by Gottfried Reither, a railway modeller from Austria. At the moment it is still a micro layout in HO scale because Gottfried does not have enough space in his hobby basement to install a larger model railroad layout. Therefore, the layout consists of only one railway line. The layout is divided into four segments with a width of 70 cm and lengths between 150 cm and 120 cm. At both ends of the layout, track helixes connect the staging yard or fiddle yard which is located exactly below the landscape.

Gottfried is a train enthusiast and he loves to watch his model trains. He does not need a large central station. He also does not need to simulate shunting operations. His layout depicts a mountain railroad line in the Austrian region Gesaeuse (“Gesaeusestrecke”) as it was used in the 1960's and 1970's. On this Austrian mountain railway line, which is characterized by ascents and descents, it was usual for locomotives to run in multiple unit train control, i.e. in push-pull operating mode. Heavy freight trains and also passenger trains are hauled by a bank engine (“banker”), banking engine, helper engine (“helper”) or pusher locomotive coupled at the front or at the end of the train.

Both in reality and in the model landscape, trains have to overcome an extreme gradient. Banker or helper locomotives have to climb a height difference of 45 cm in this HO scale layout. This also corresponds to Gottfried’s philosophy of his superb model railway layout, in other words to watch Austrian steam trains and diesel trains of era III. To make the scene as realistic as possible, all locomotives were equipped with a sound decoder from ESU and sound files from LeoSoundLab.

The layout’s structure was made of Styrodur. The landscape, the meadows and grasses are made of products from the manufacturer “Mini Natur”. The trees and bushes are made of products from various manufacturers or simply hand-made. For the tracks the product “Mein Gleis” from manufacturer Weinert Modellbau was used. In other places, for example in the invisible fiddle yard, “Roco Line” rails are installed. Following Gottfried’s philosophy we filmed the weathered trains and locomotives from different angles. The video should enable the viewer to enjoy the railway traffic on this mountain line. These railroad operations may seem boring, but they are authentic. 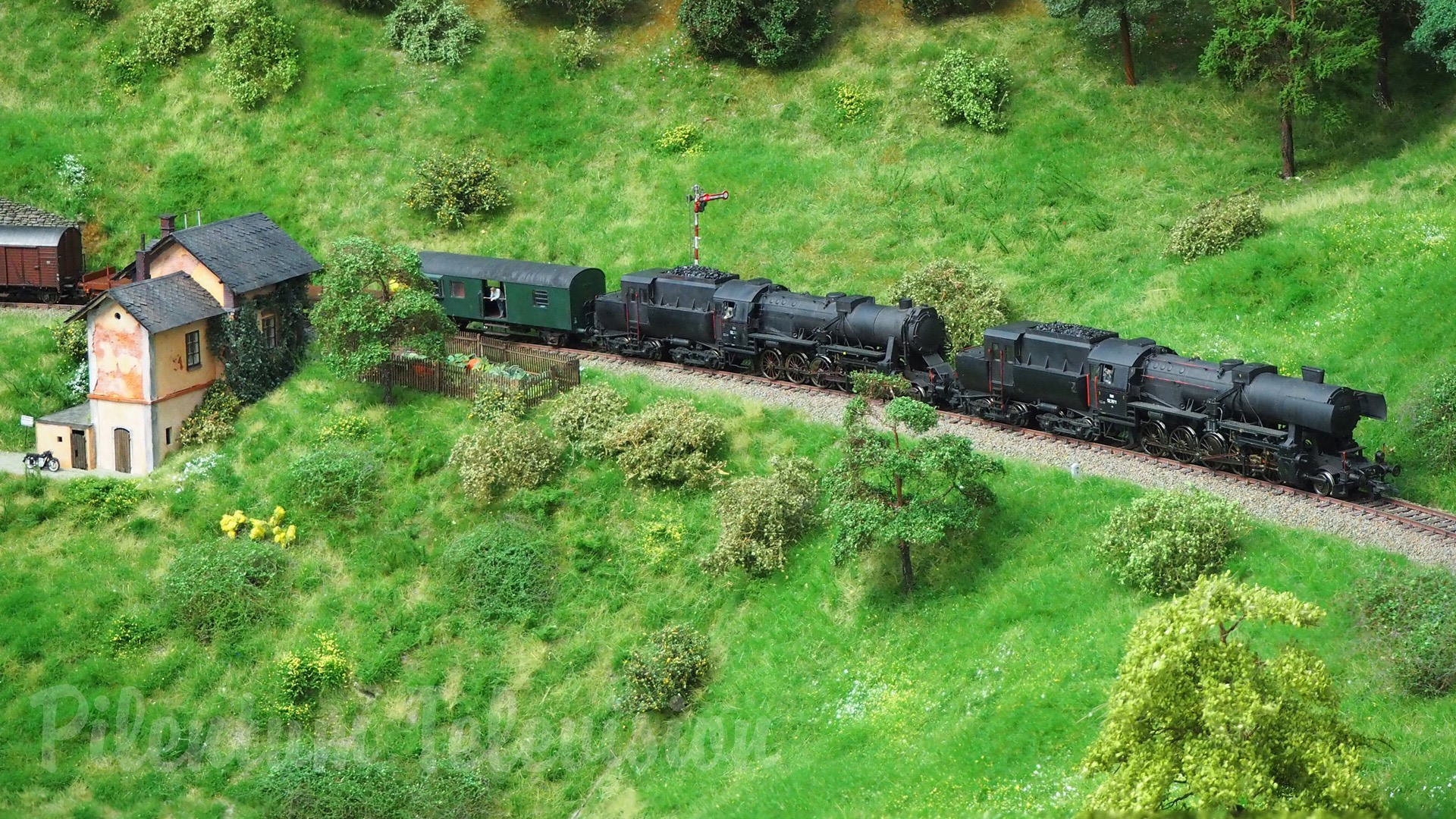 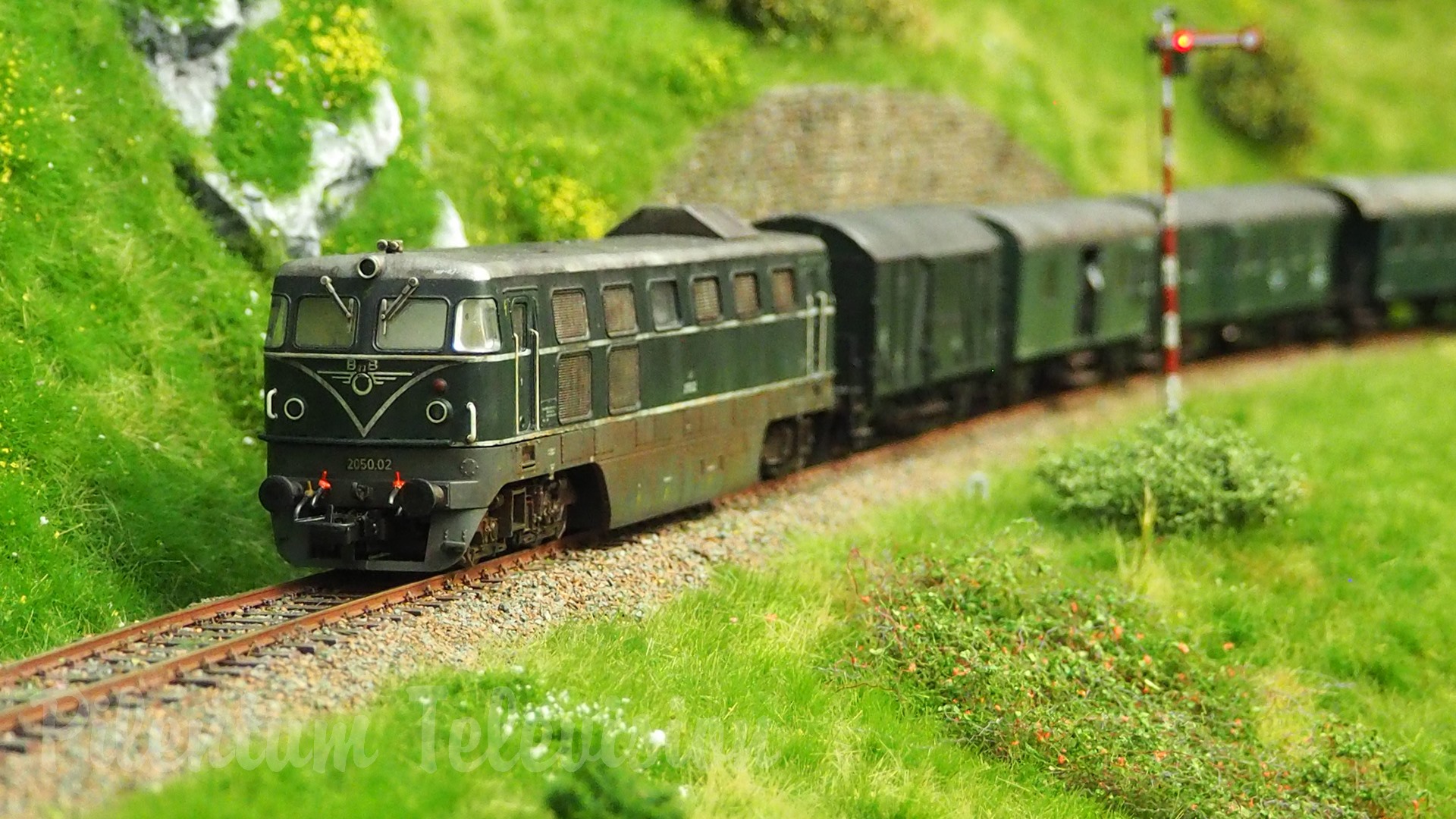 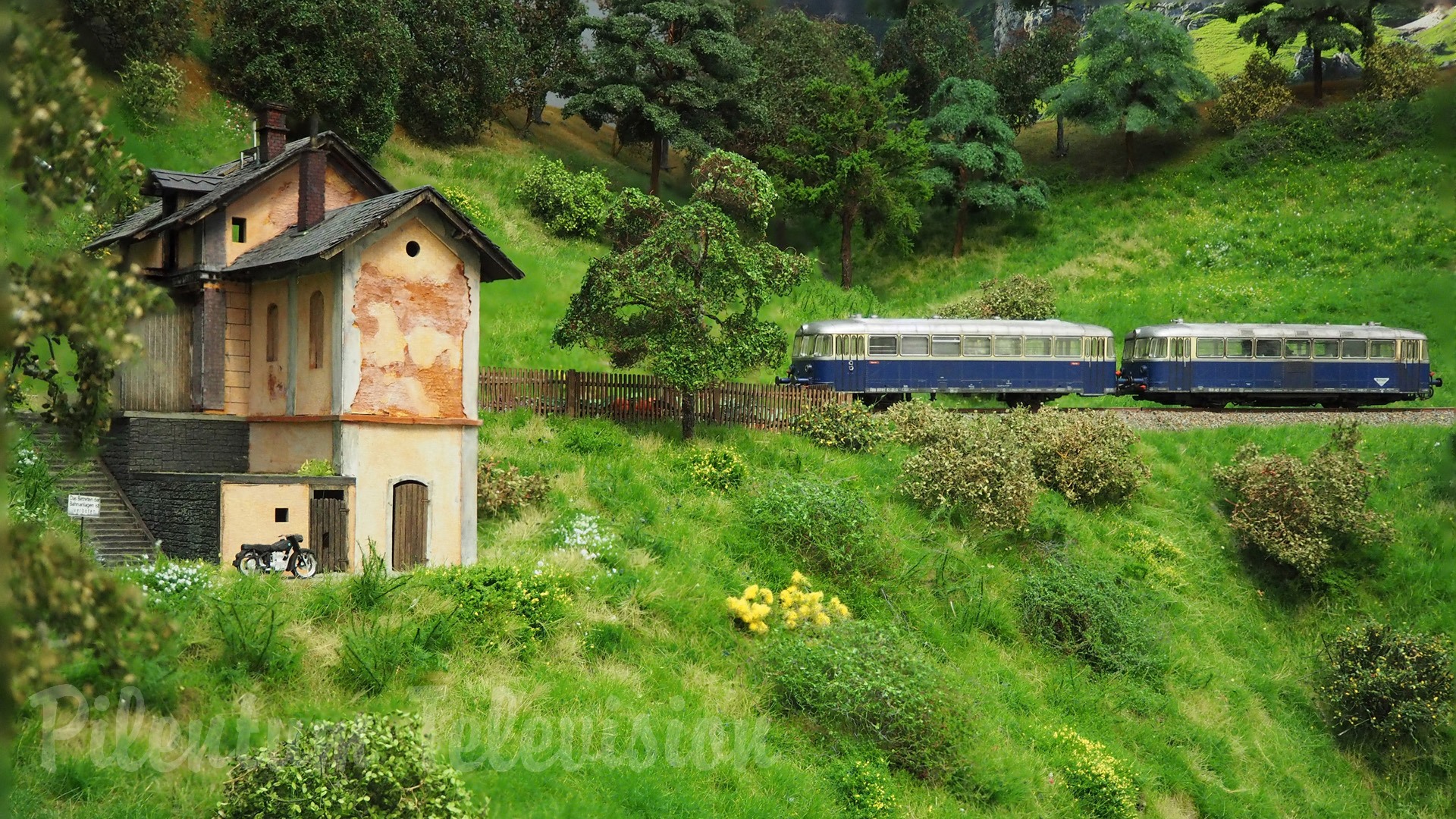 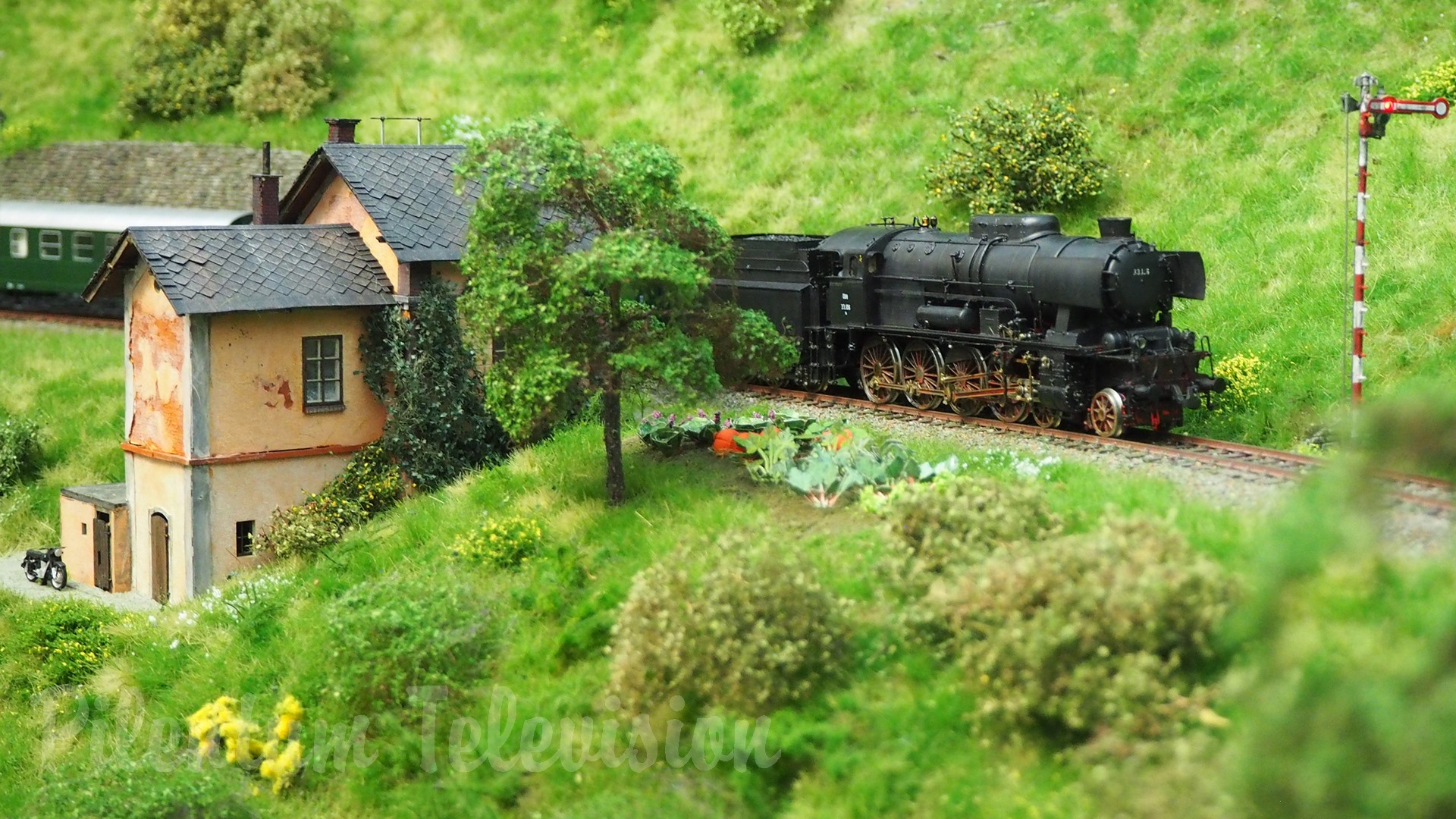 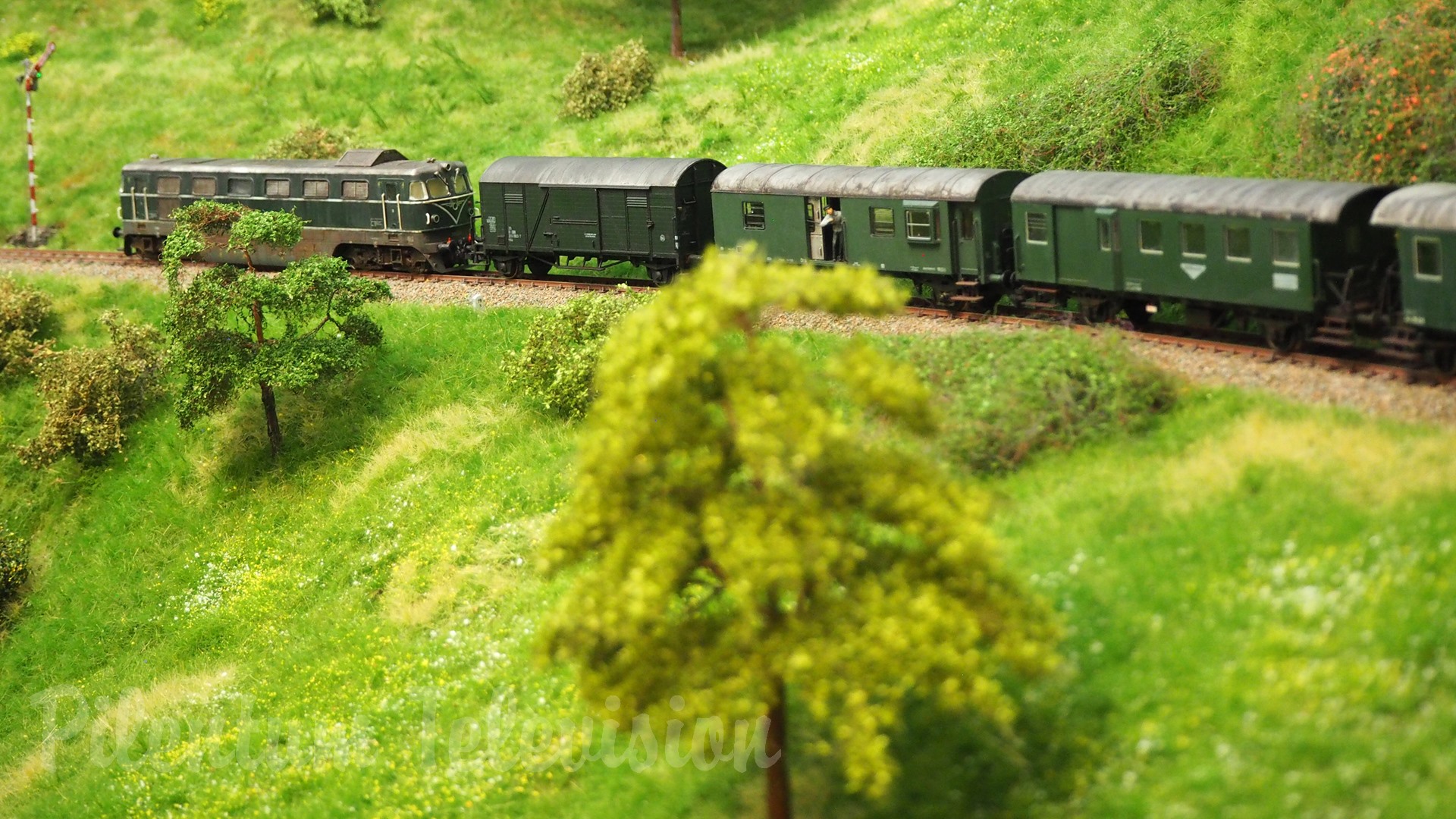 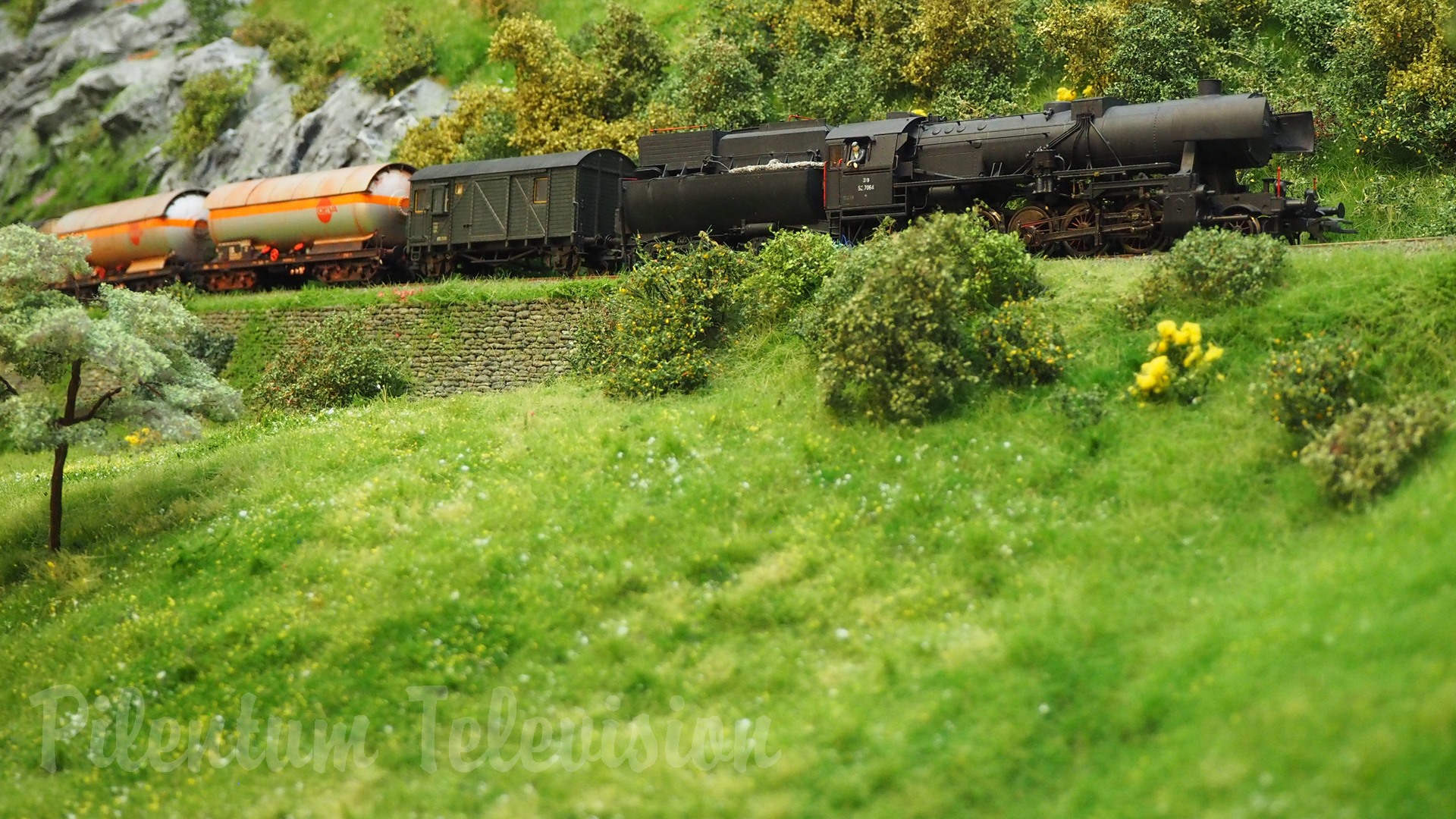 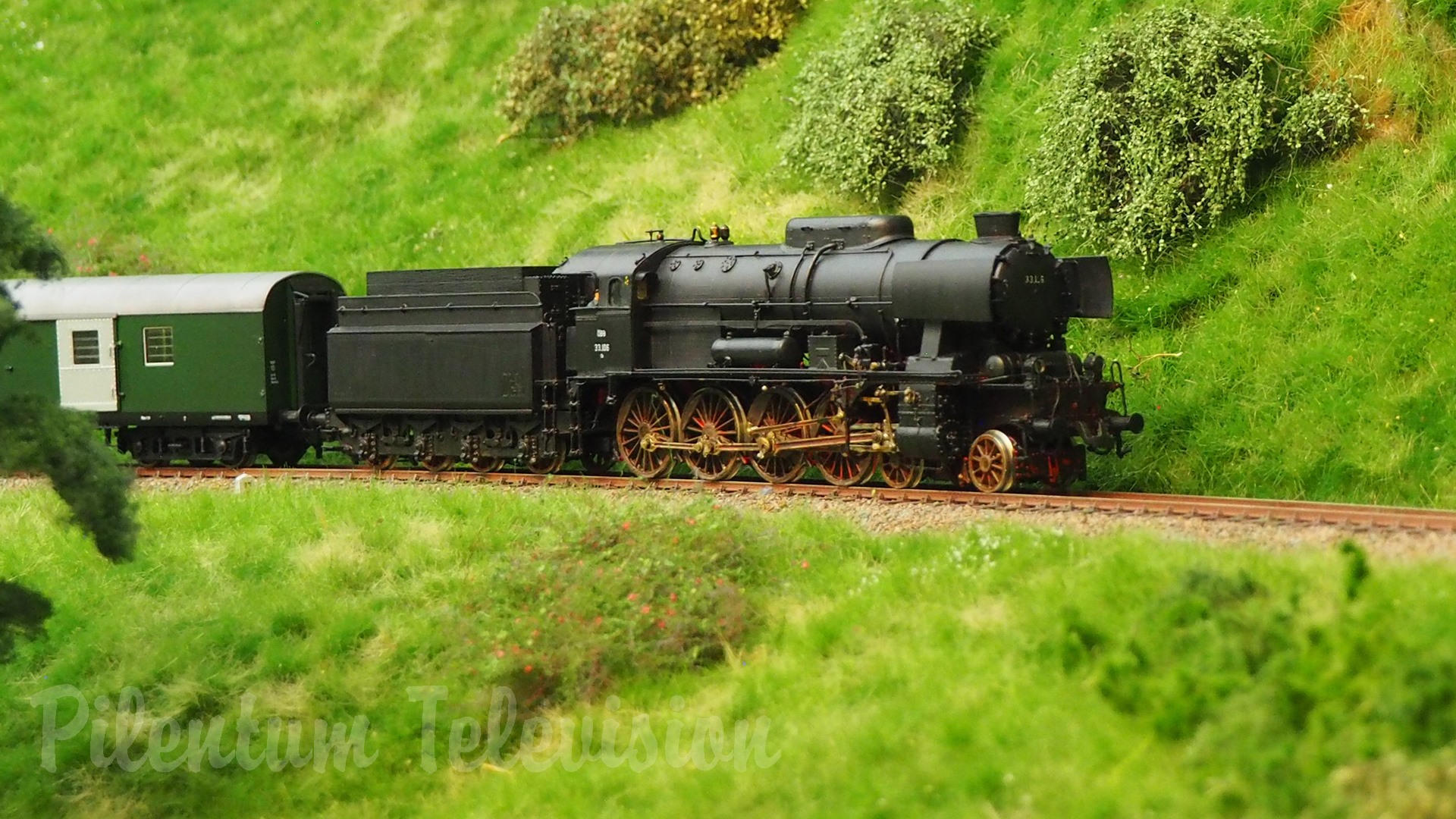 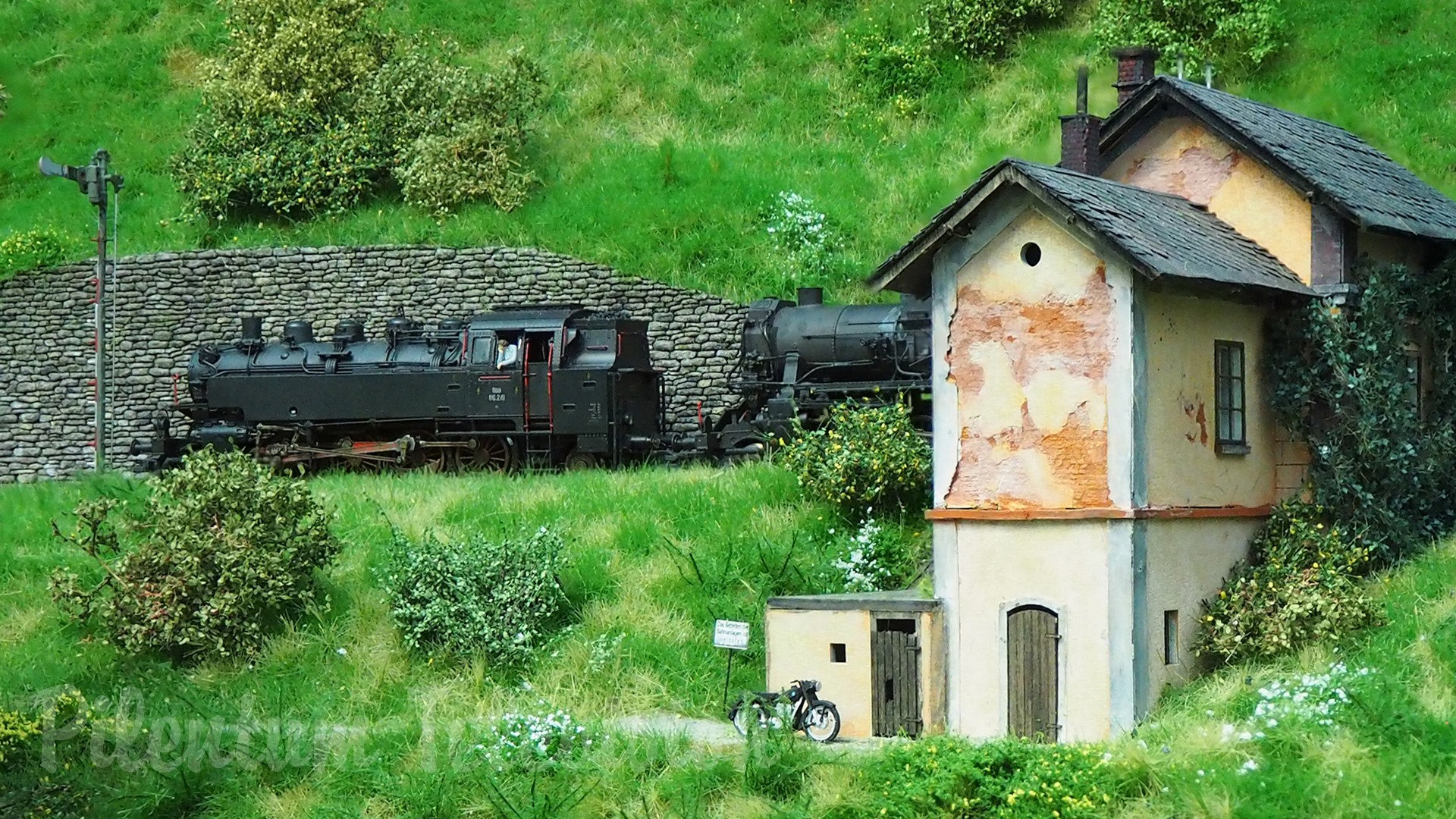 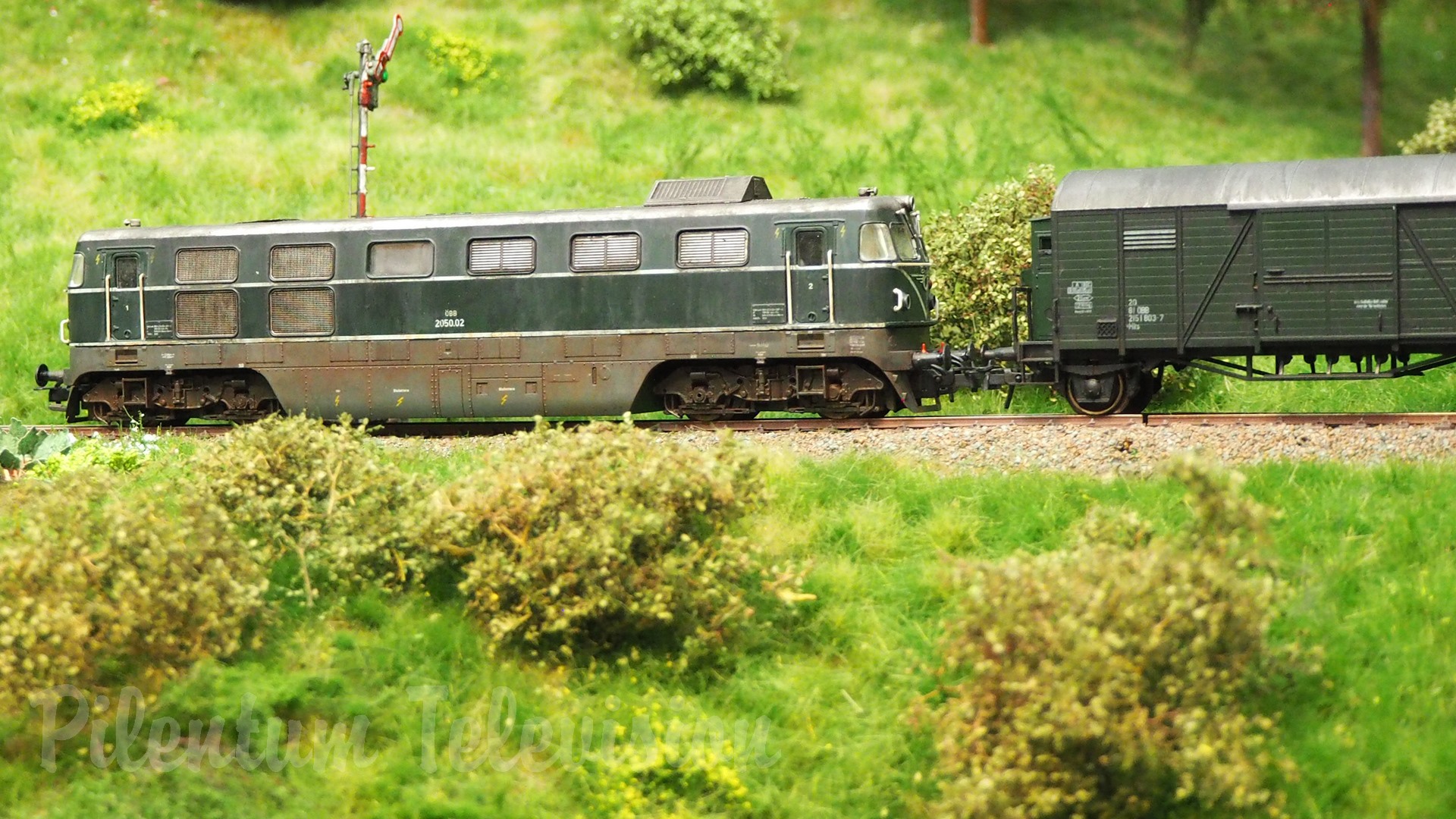 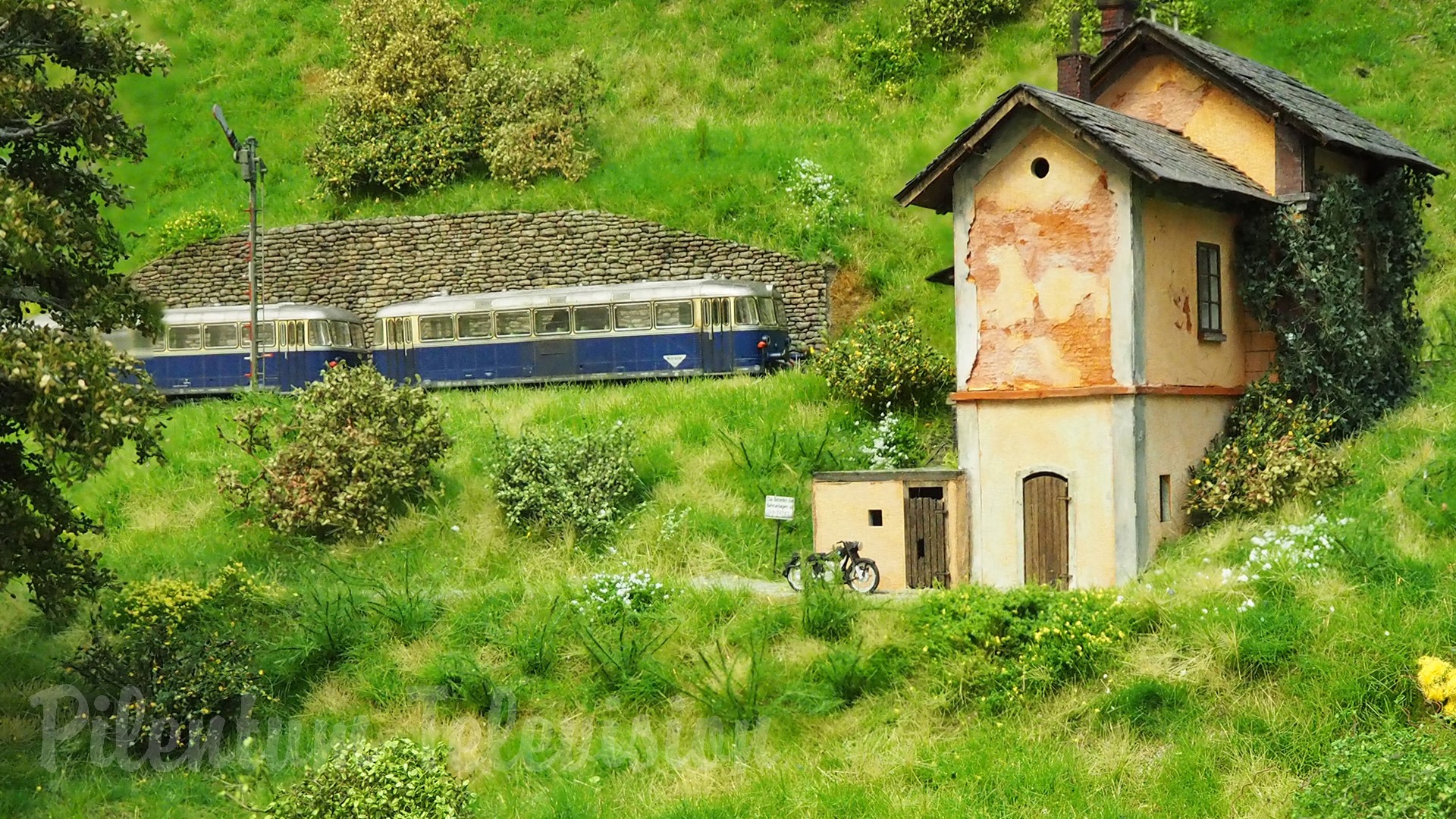 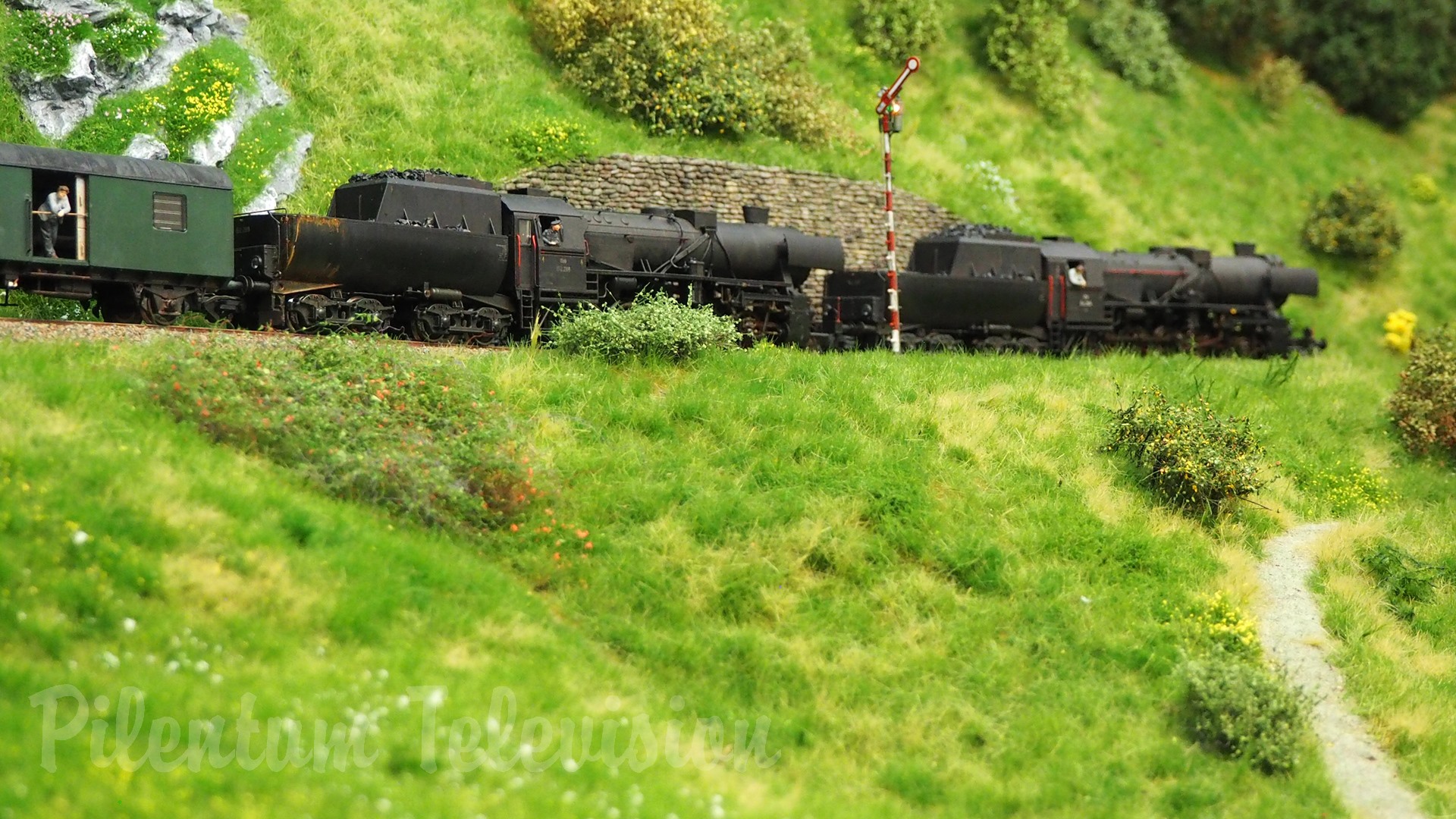 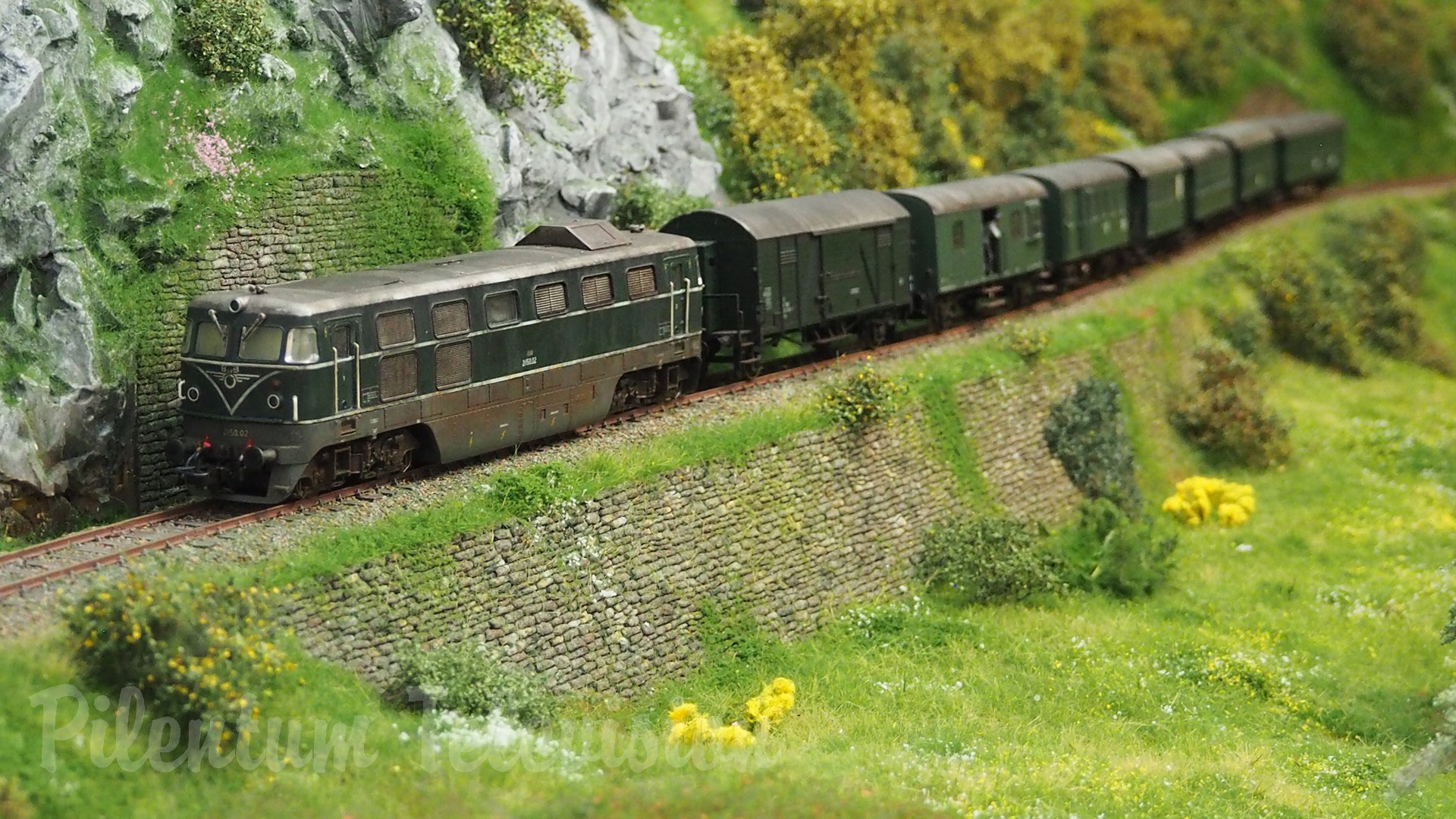 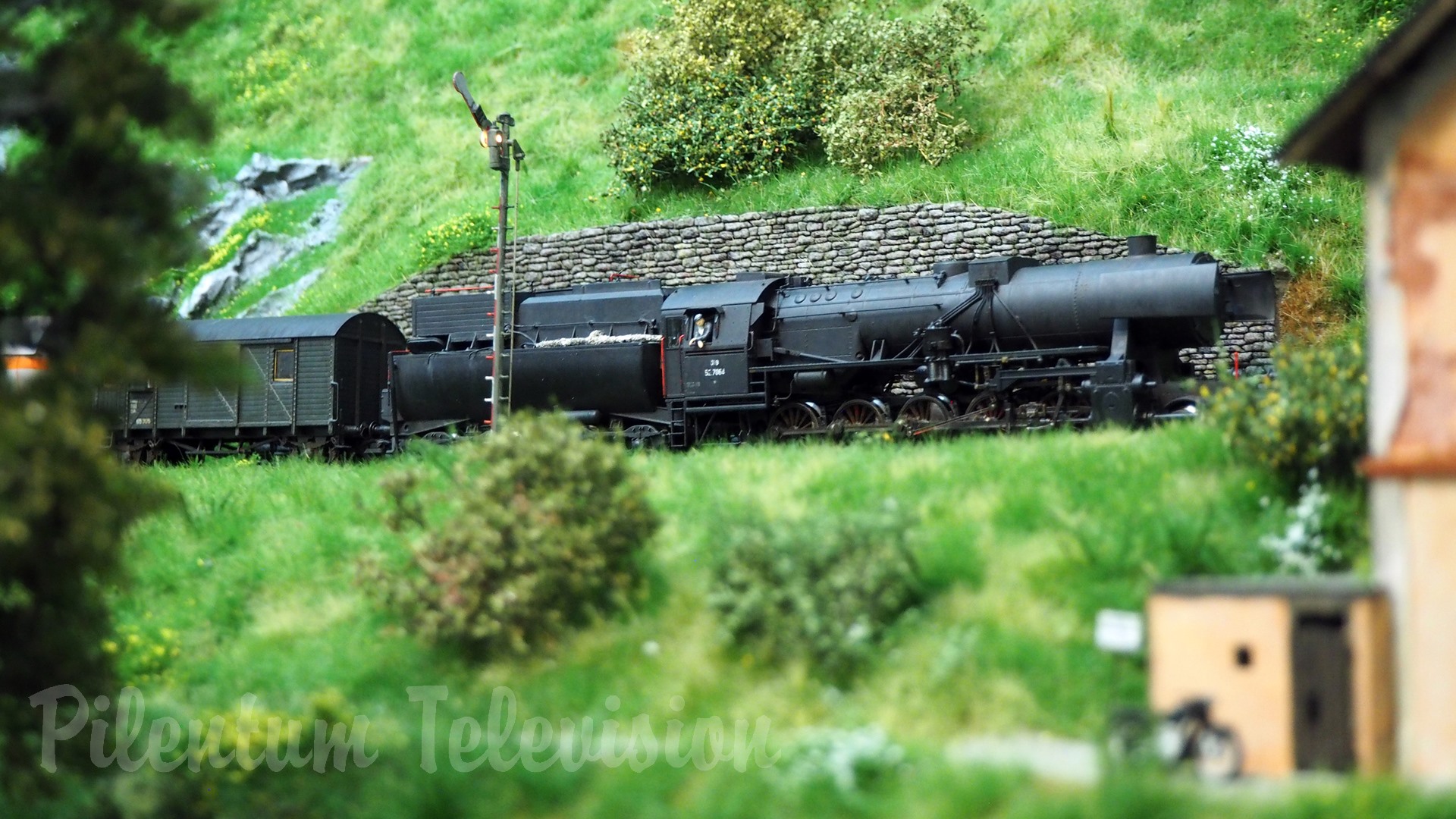 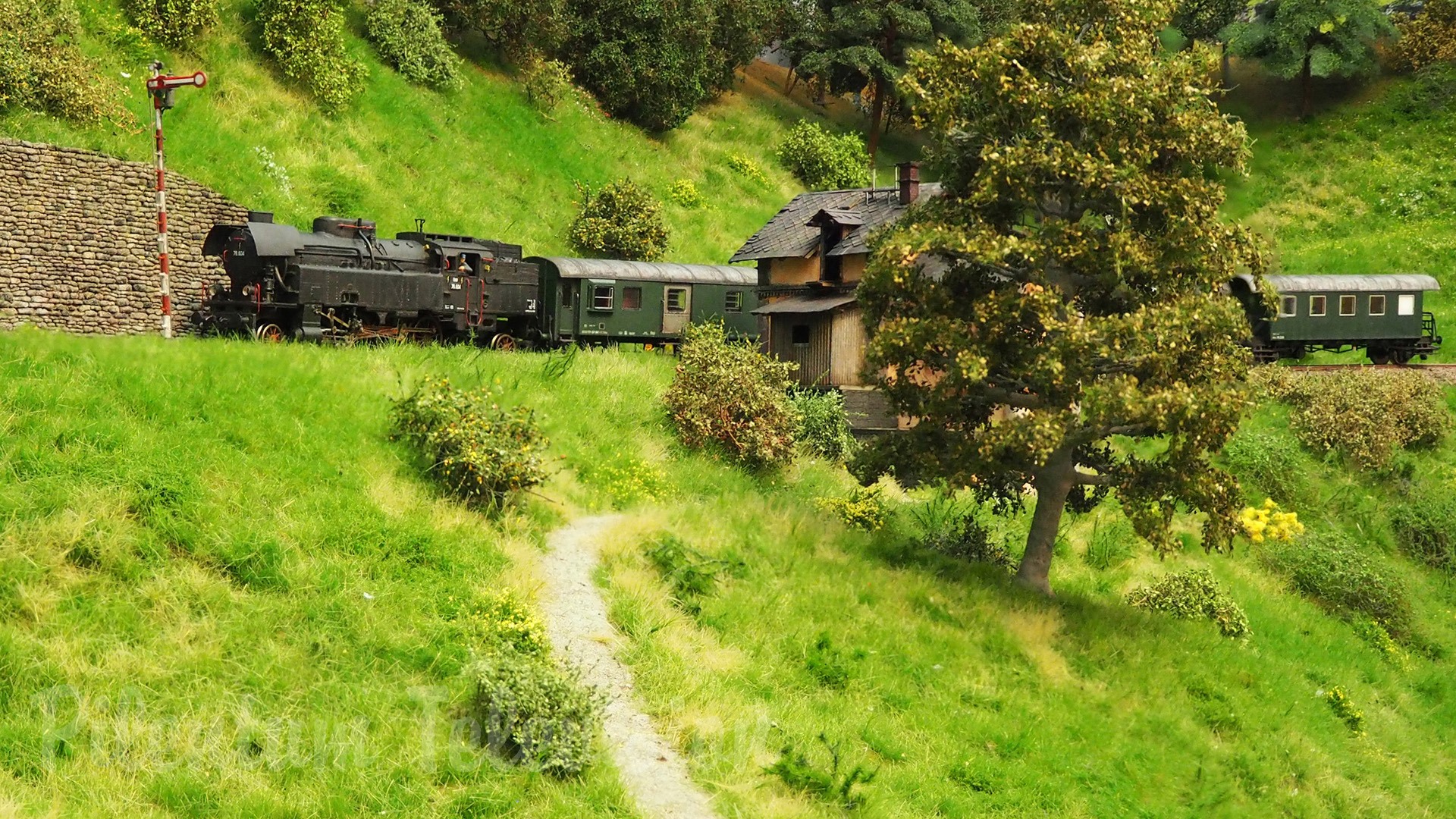 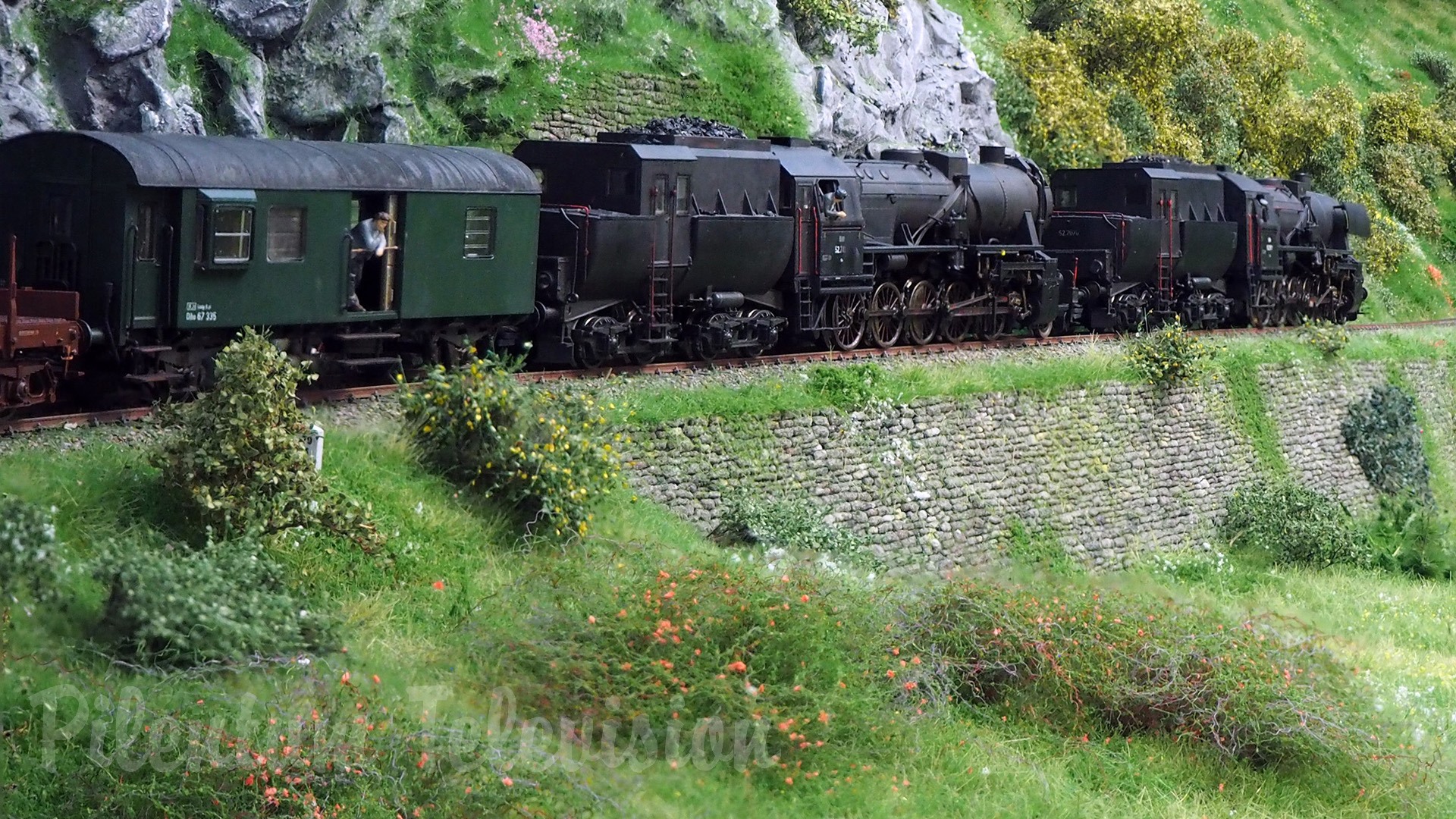 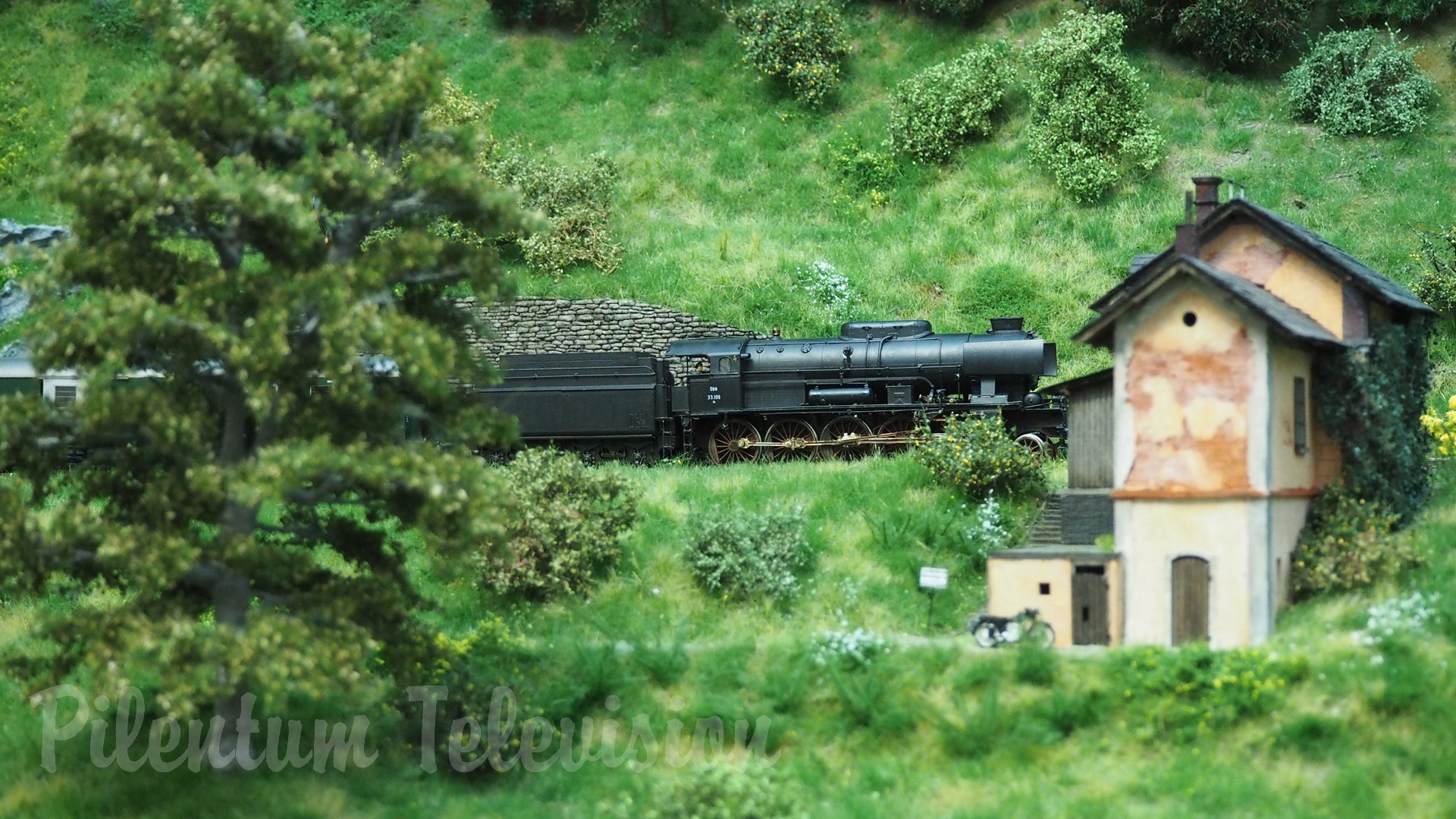 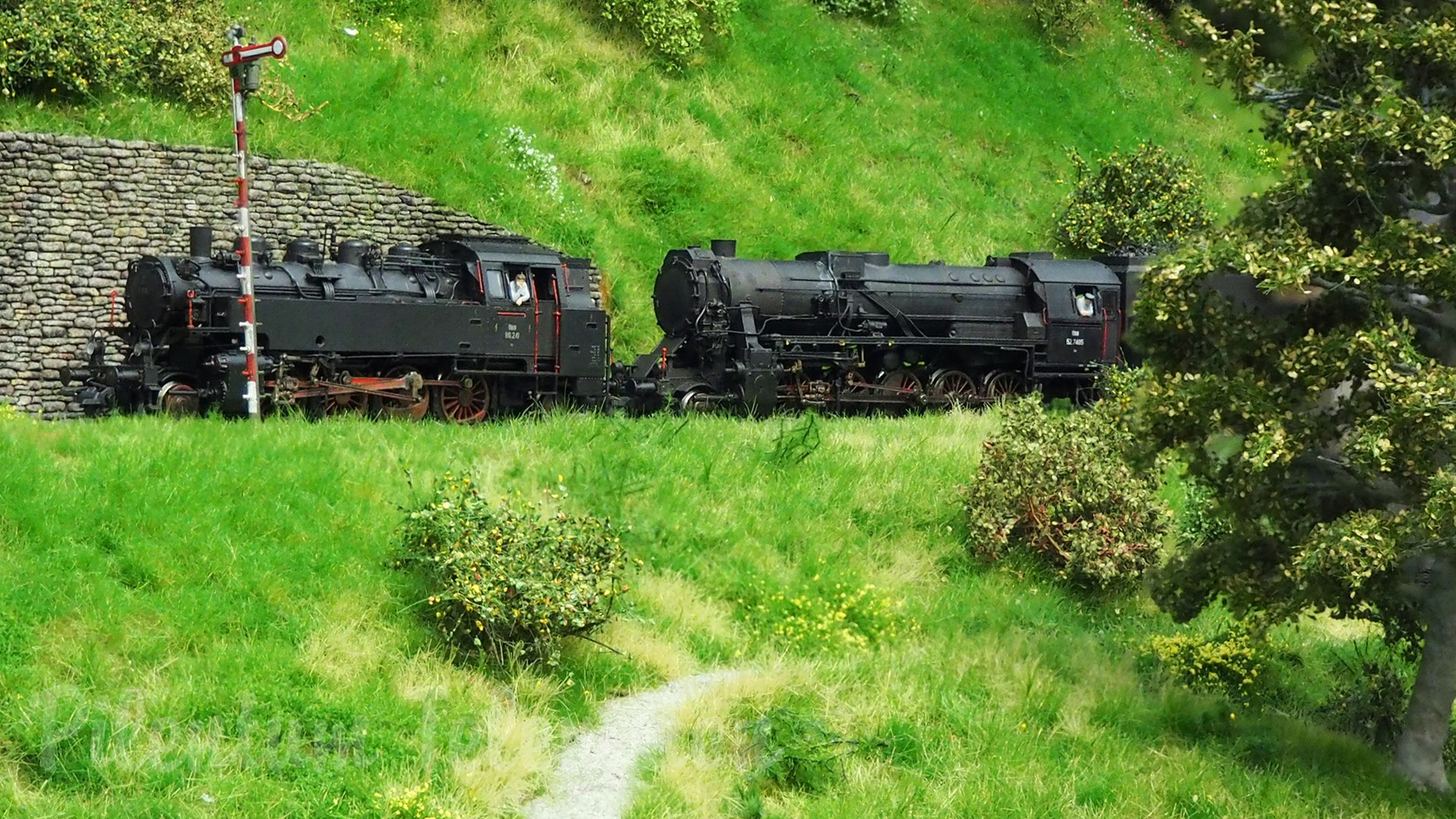 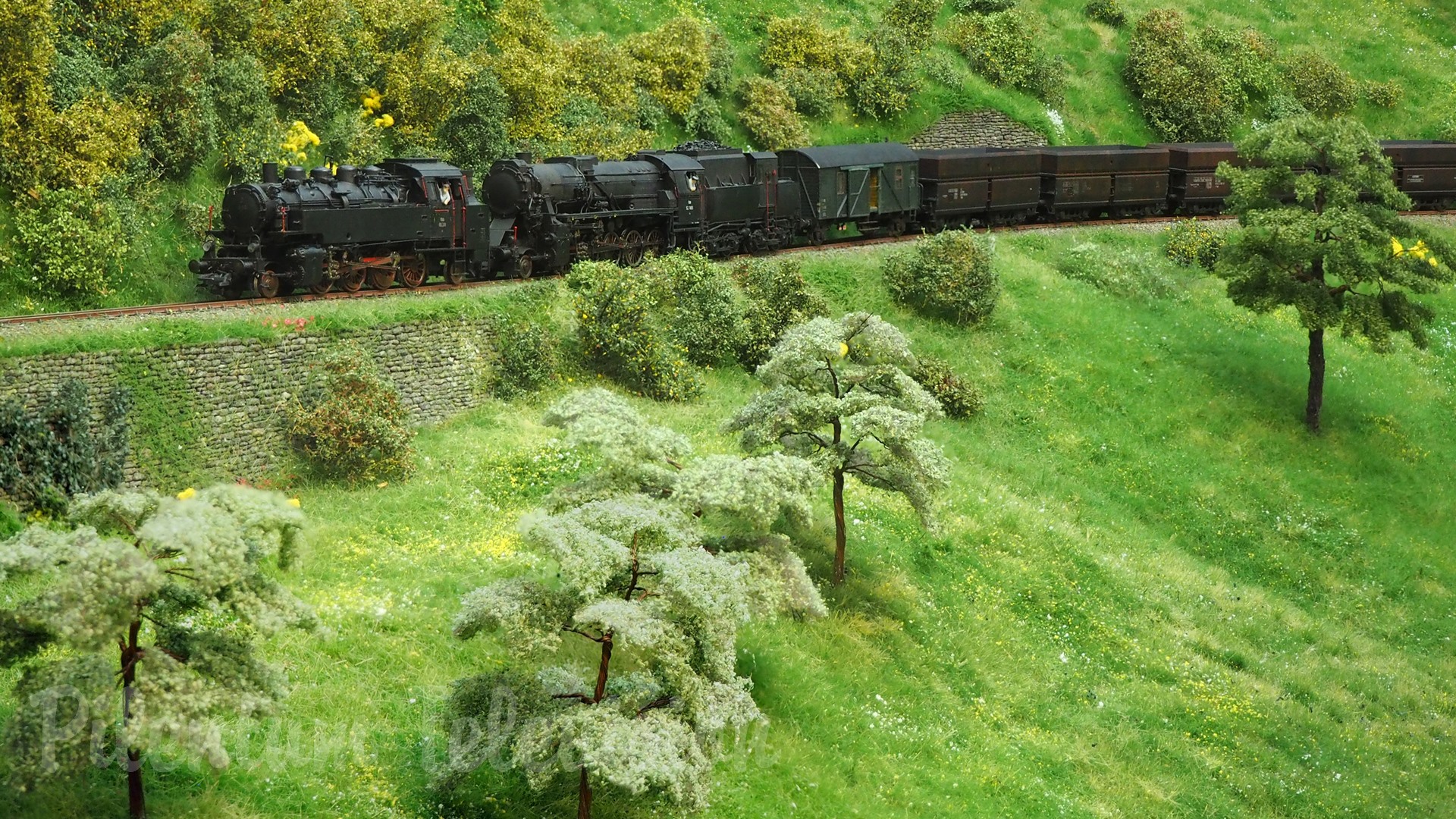 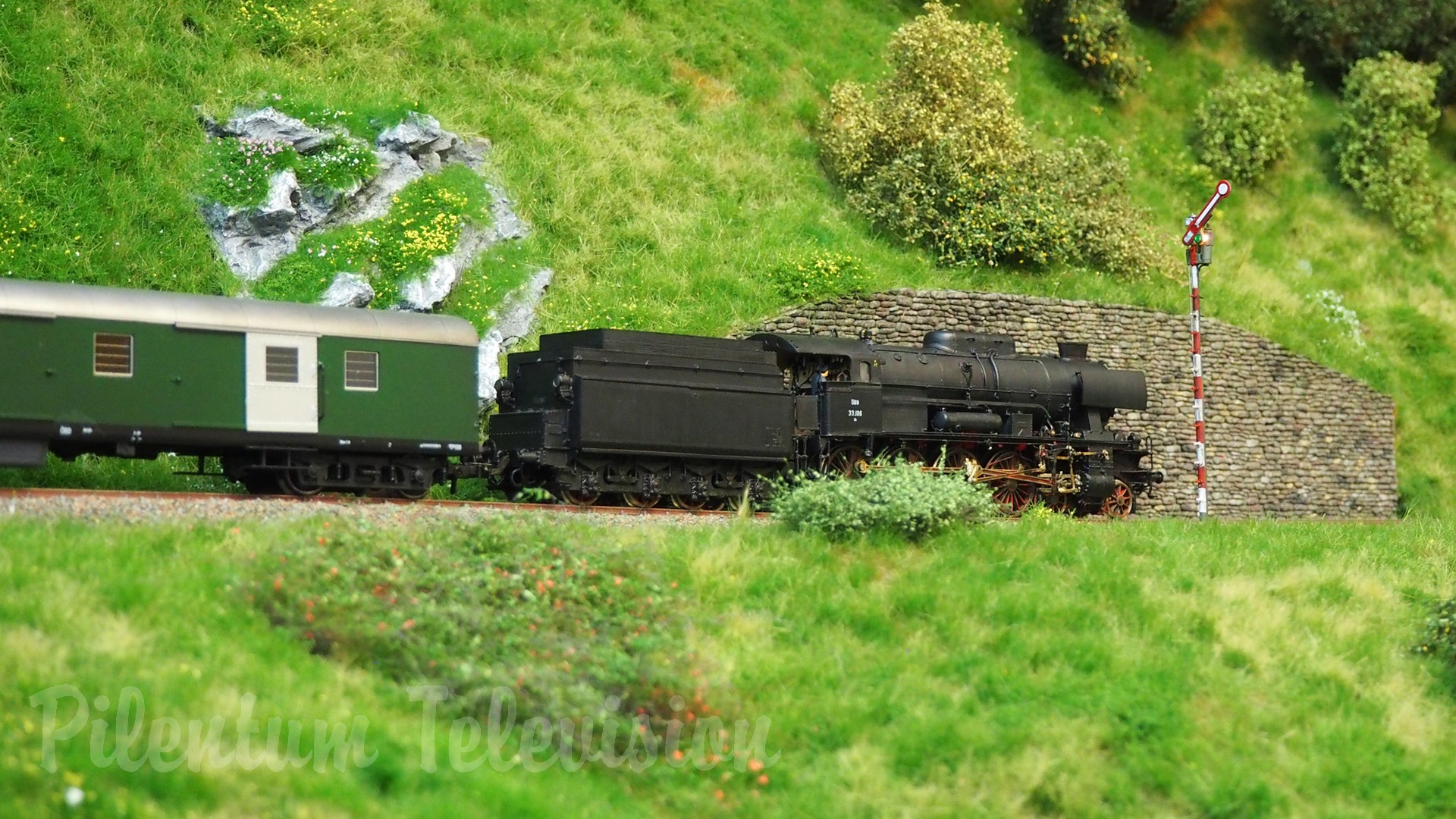 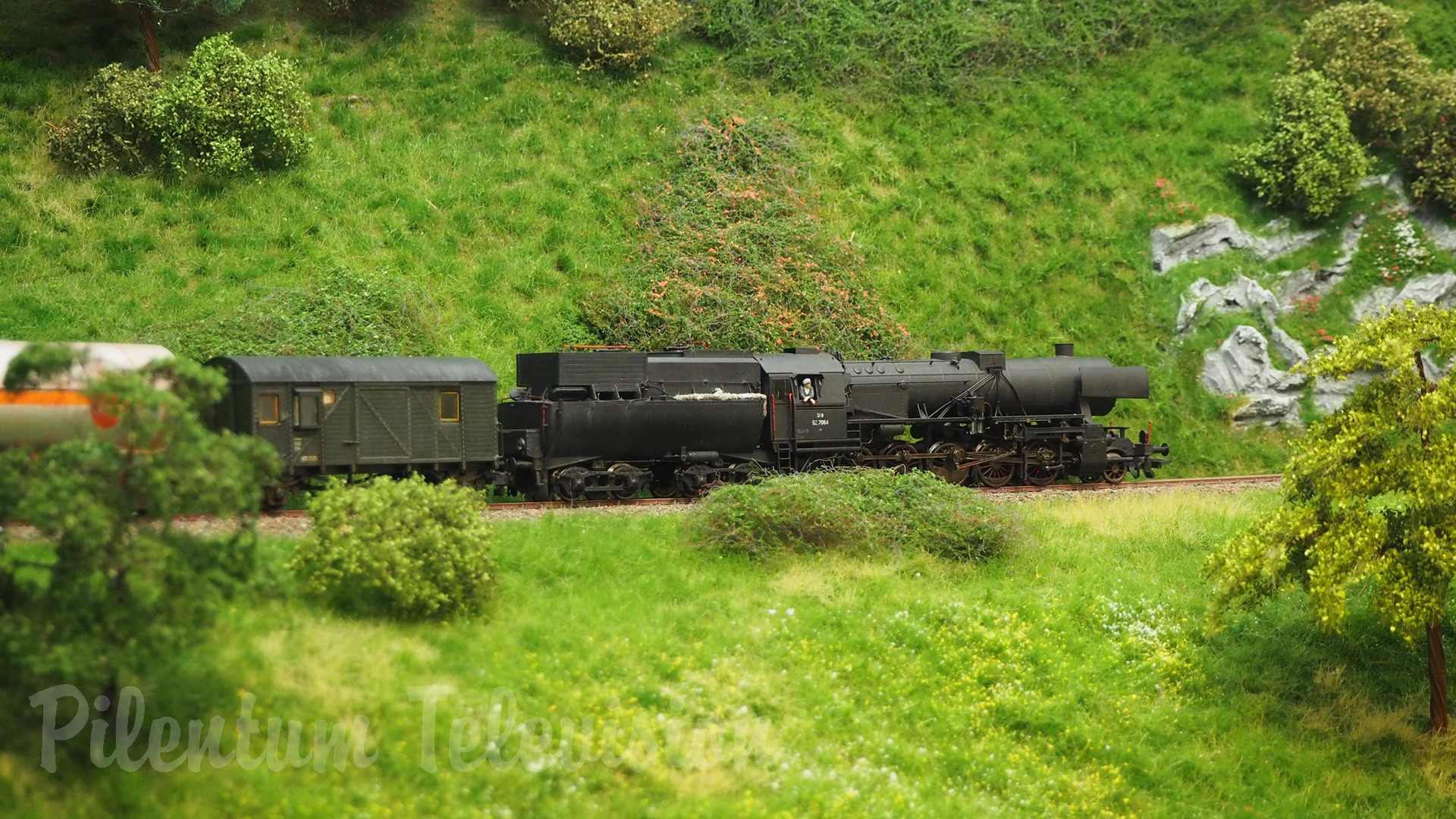 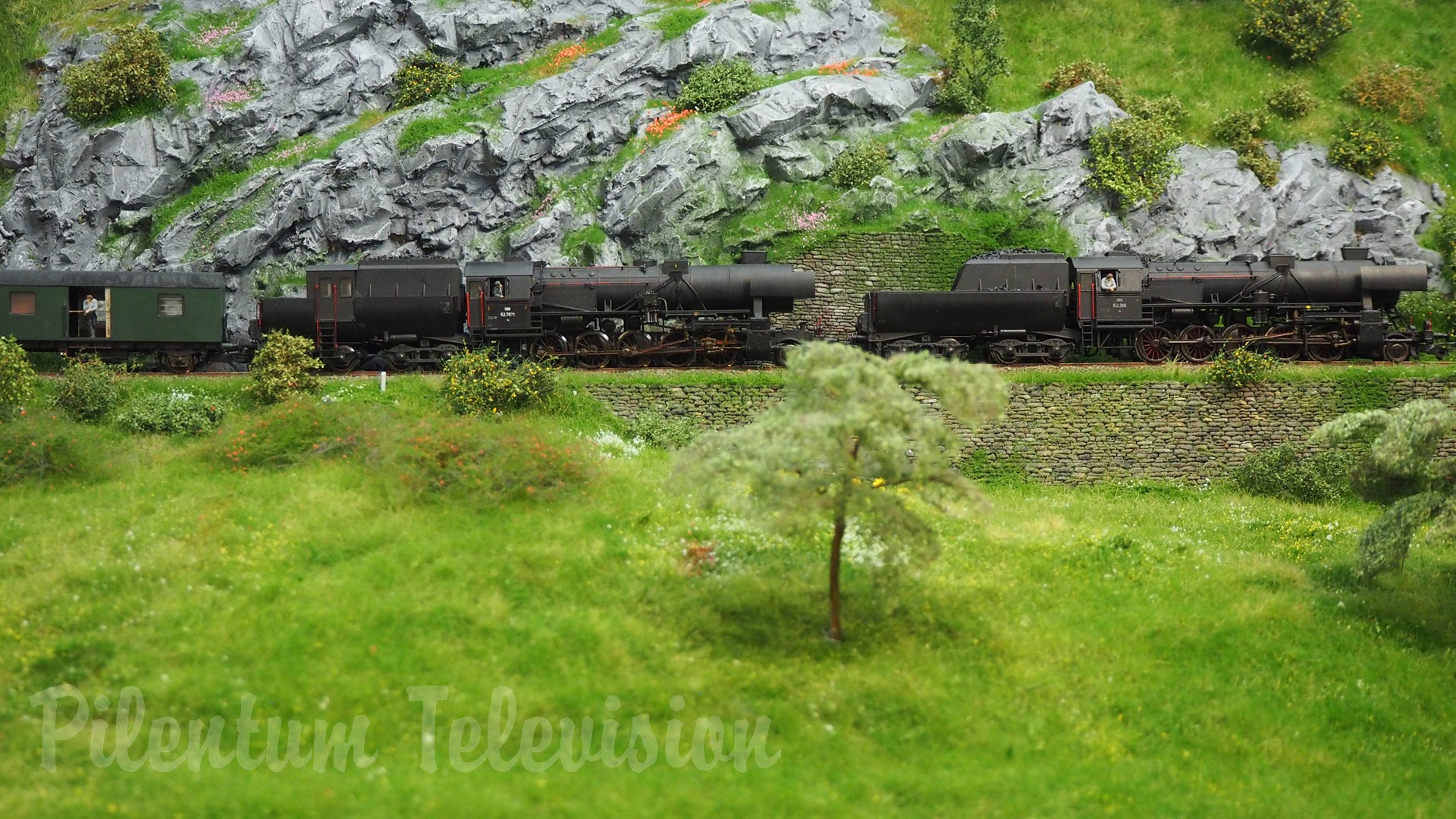