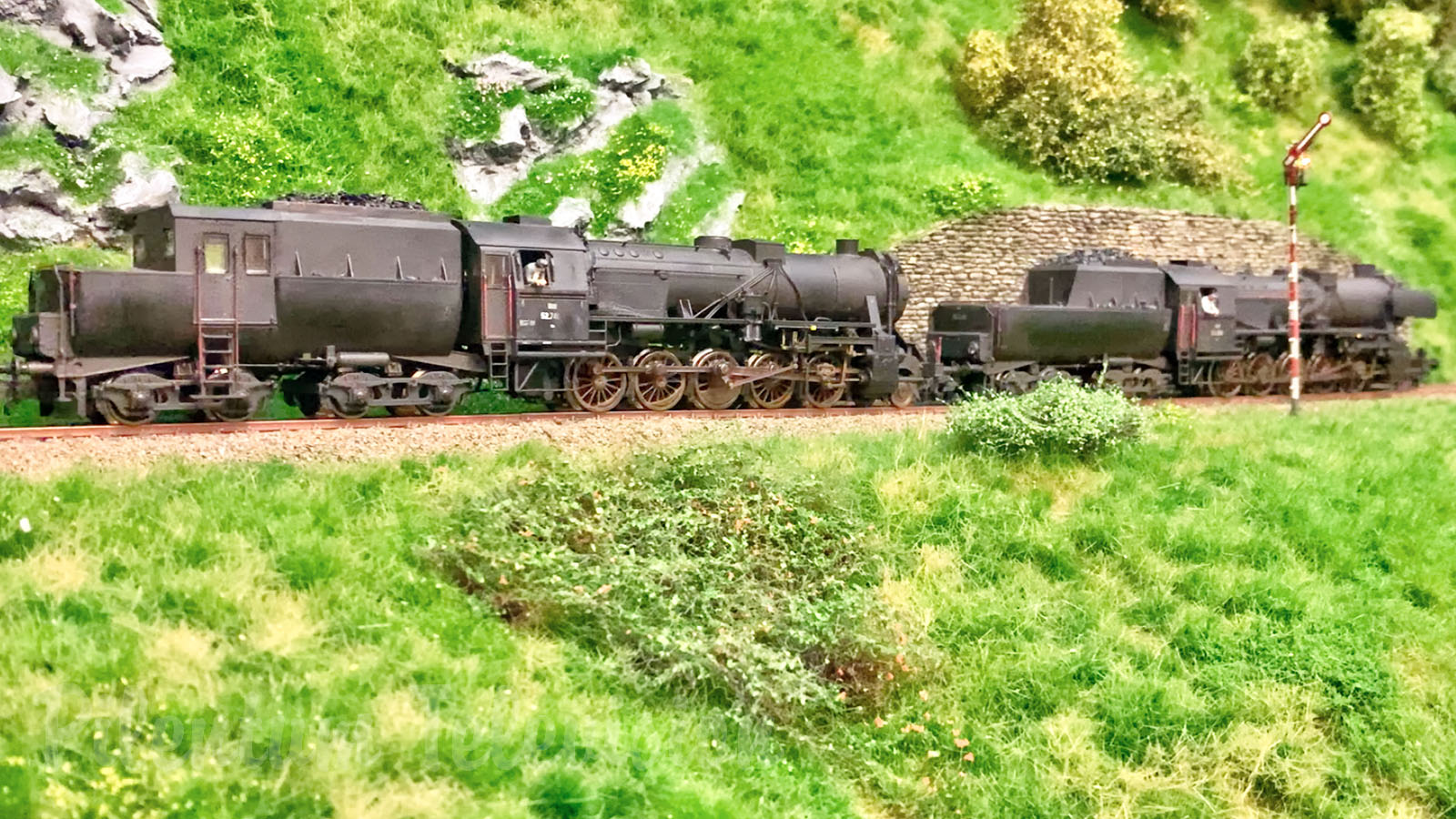 Locomotive wheelslip on a model train layout: The greatest effort is required from a steam locomotive when starting. At this time, if the engineer applies too much power to the wheels the turning force applied to the wheel will greatly exceed the friction force affected by the surface of the rail and the wheel will turn. In reality, this effect often occurs with a heavier freight train. This phenomenon can be seen very rarely on a model railway layout.

But in this video, Pilentum Television and Gottfried Reither, who constructed this layout in HO scale, have captured this fascinating moment when the power of a locomotive vastly exceeds its weight, which causes the violent spinning of the wheels through loss of traction. In contrast to steam locomotives, modern diesel locomotives and electric locomotives are fitted with electronic wheelspin detectors which automatically reduce the power supplied to the wheels if wheelspin is detected. 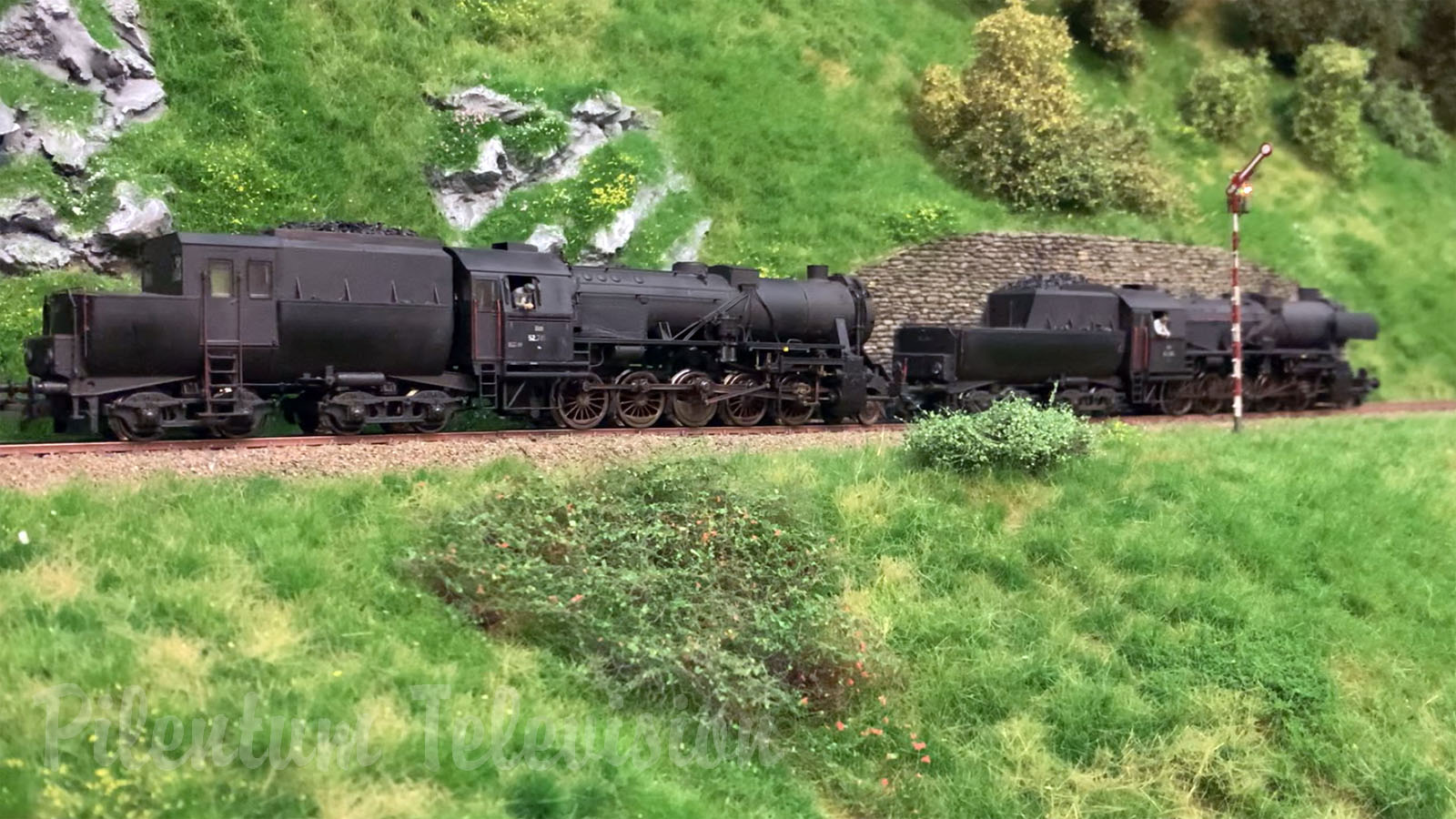 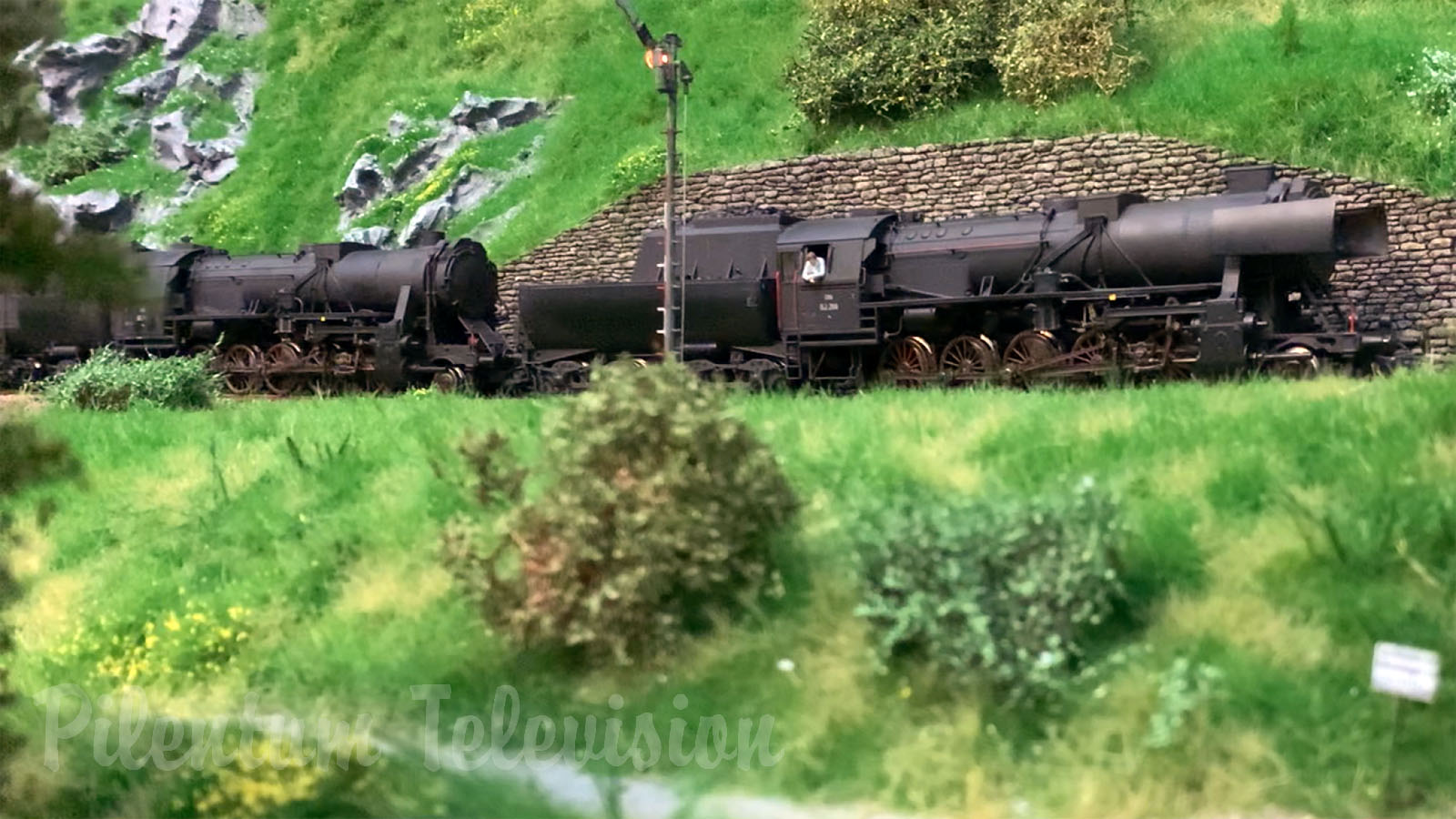 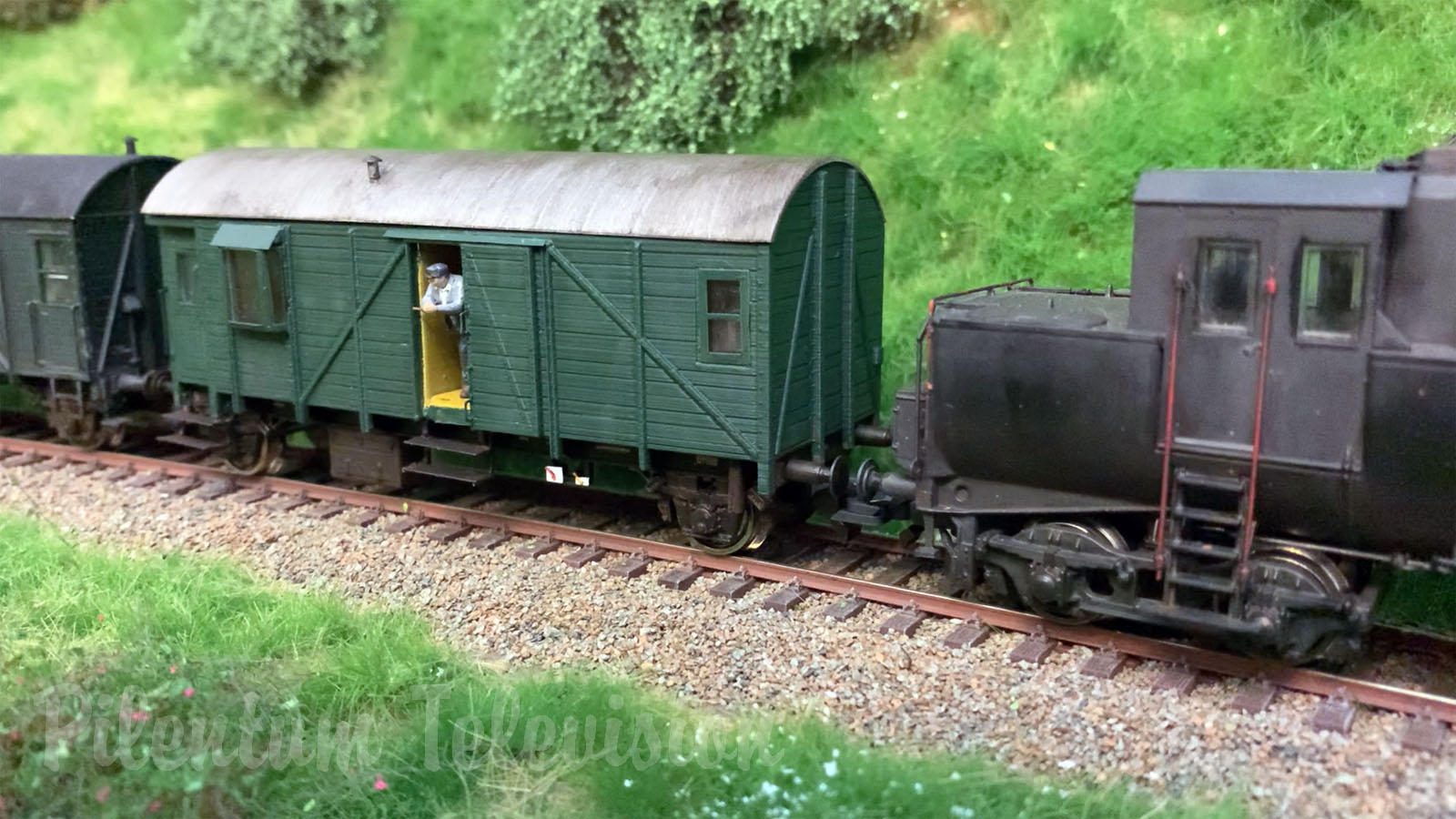 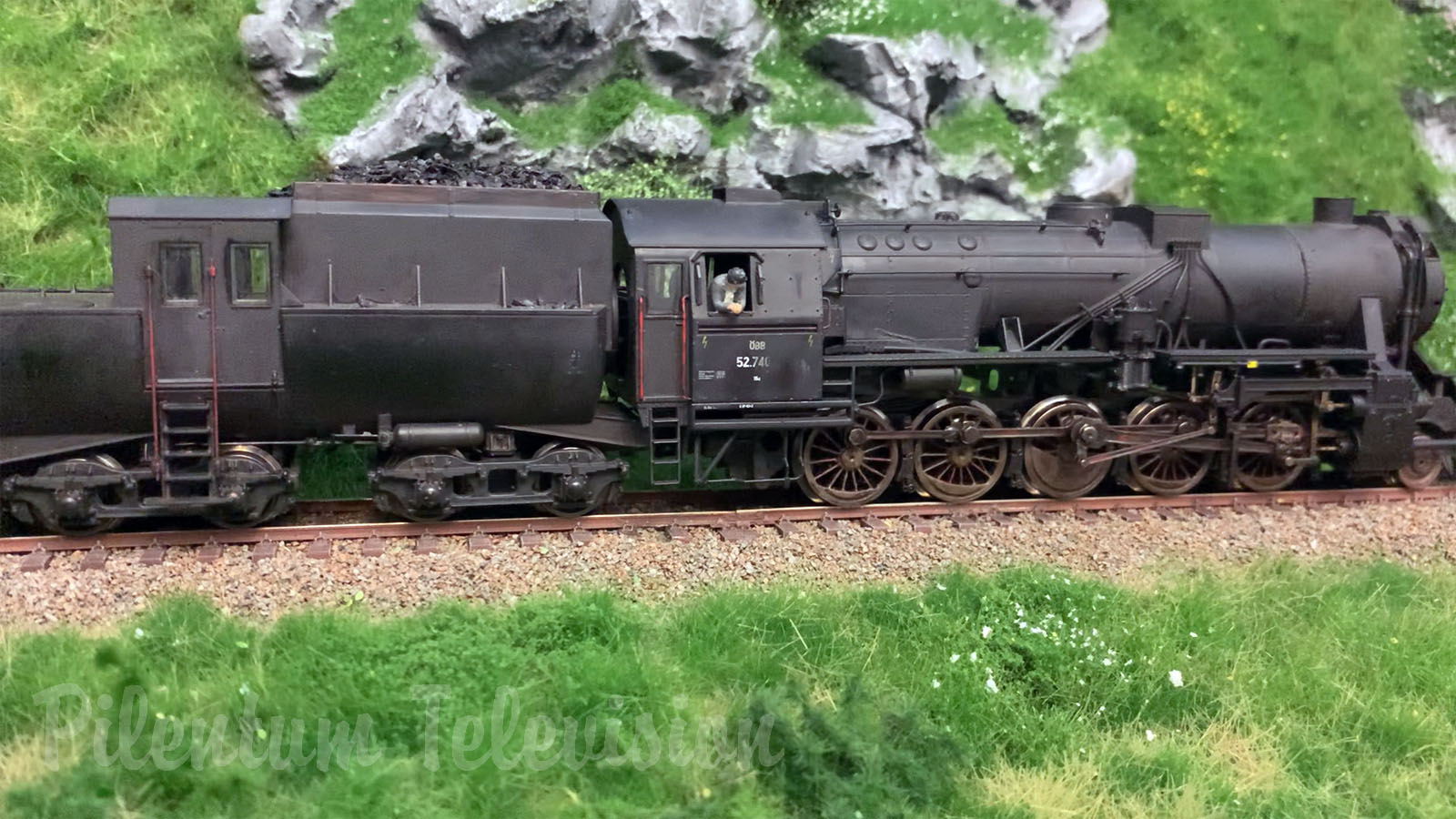 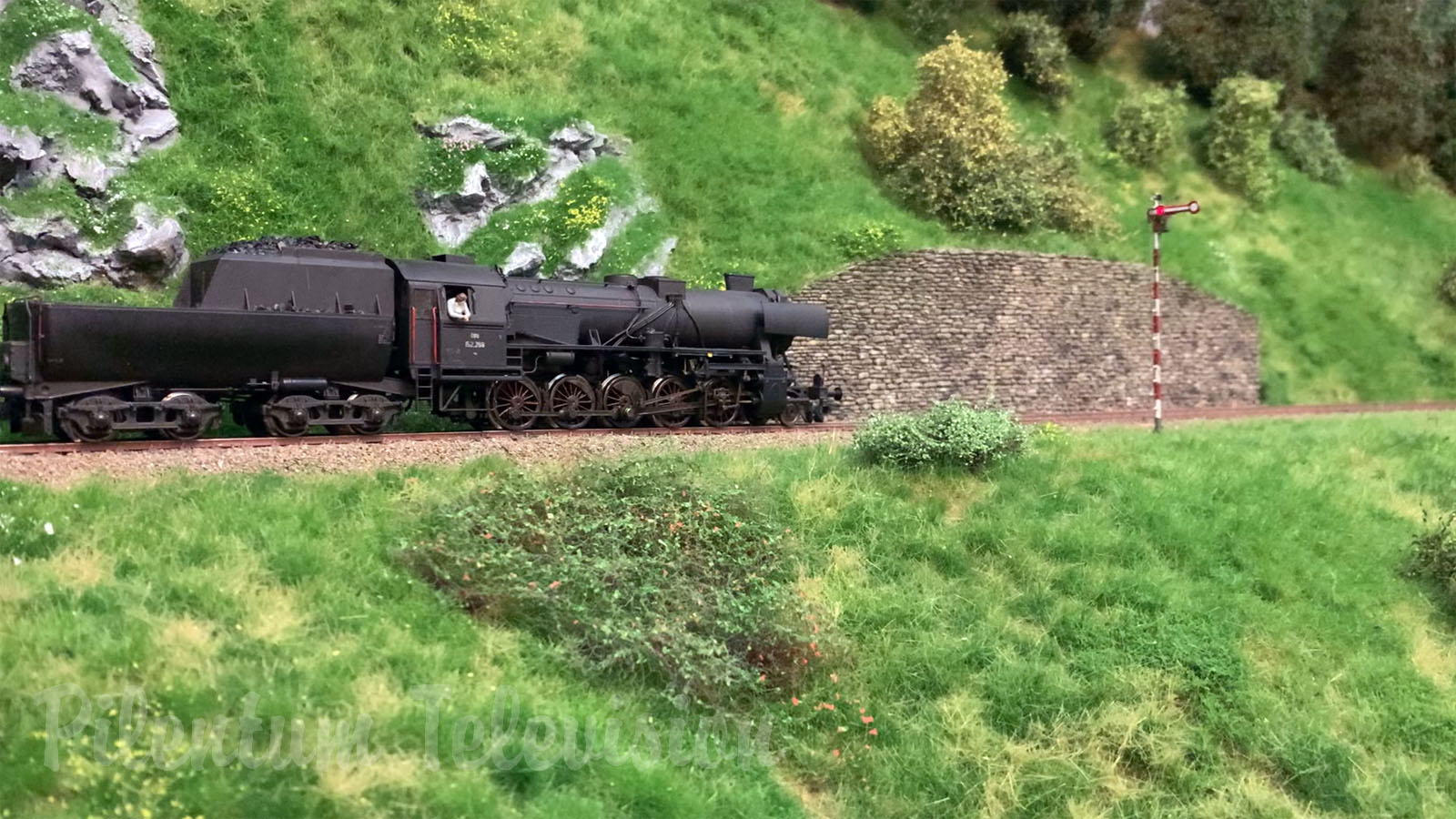