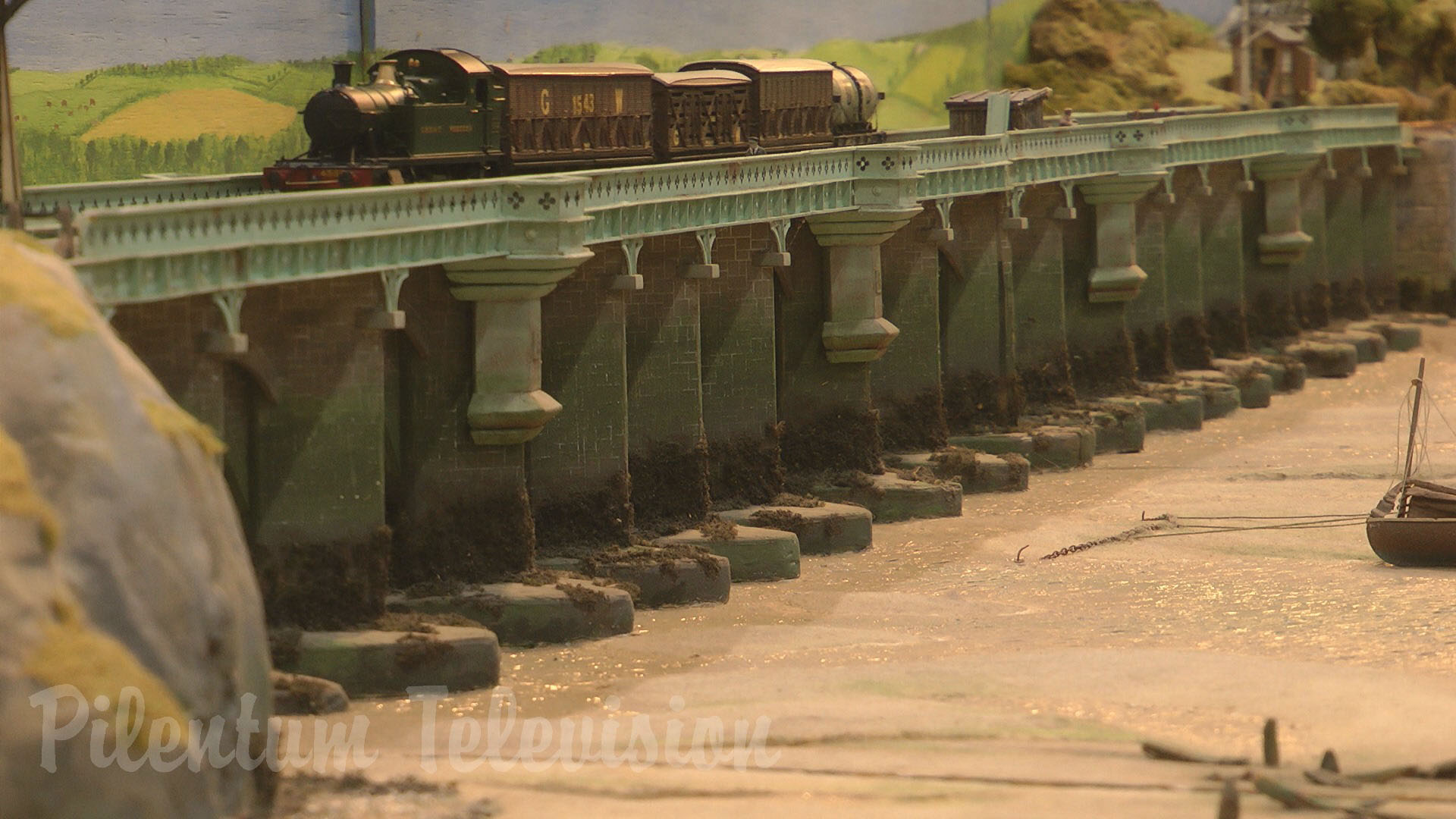 There are some model railroad layouts that contain only very few model trains. But in spite of the few trains, these layouts have been constructed so magically that we don’t miss the train traffic. The miniature world “Porth St. John”, constructed by the Bristol East Model Railway Club in OO gauge or OO scale, belongs to this category. Of course, there are steam locomotives and steam trains, but they seem to blur in the background. In the foreground the landscape dominates.

It’s a dreamlike landscape somewhere on the coast of Great Britain. So the model railroad layout “Porth St. John” is an imaginary location on the North Cornish coast. It is a beautiful seaside resort with its own railroad station. The period modelled by the Bristol East Model Railway Club is between 1923 and 1948. This allows a variety of rolling stock to be seen on the layout which was built in OO gauge, 4 mm scale.

All buildings are scratch built to suit the location. The materials used inside this miniature world being plastic sheets, foam board or wood. The locomotives and rolling stock are a mixture of kit built, scratch built and proprietary model trains some of which have been modified. Although the model railroad layout is an imaginary location, the large bridge is based on the one at Bideford over the River Torridge in Great Britain. The water is made of “Artex”, textured with a paintbrush and finished with several coats of clear artists varnish. 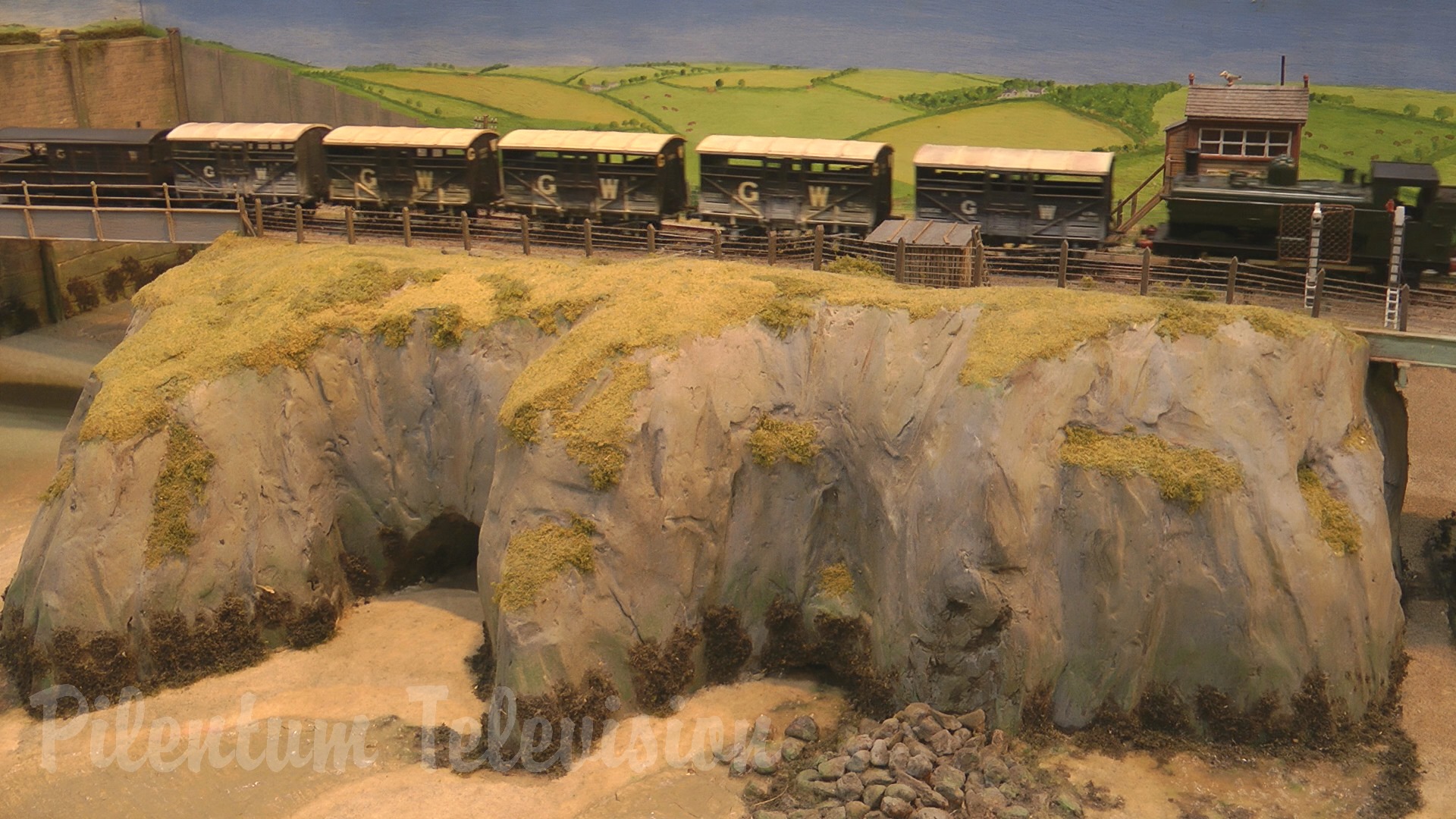 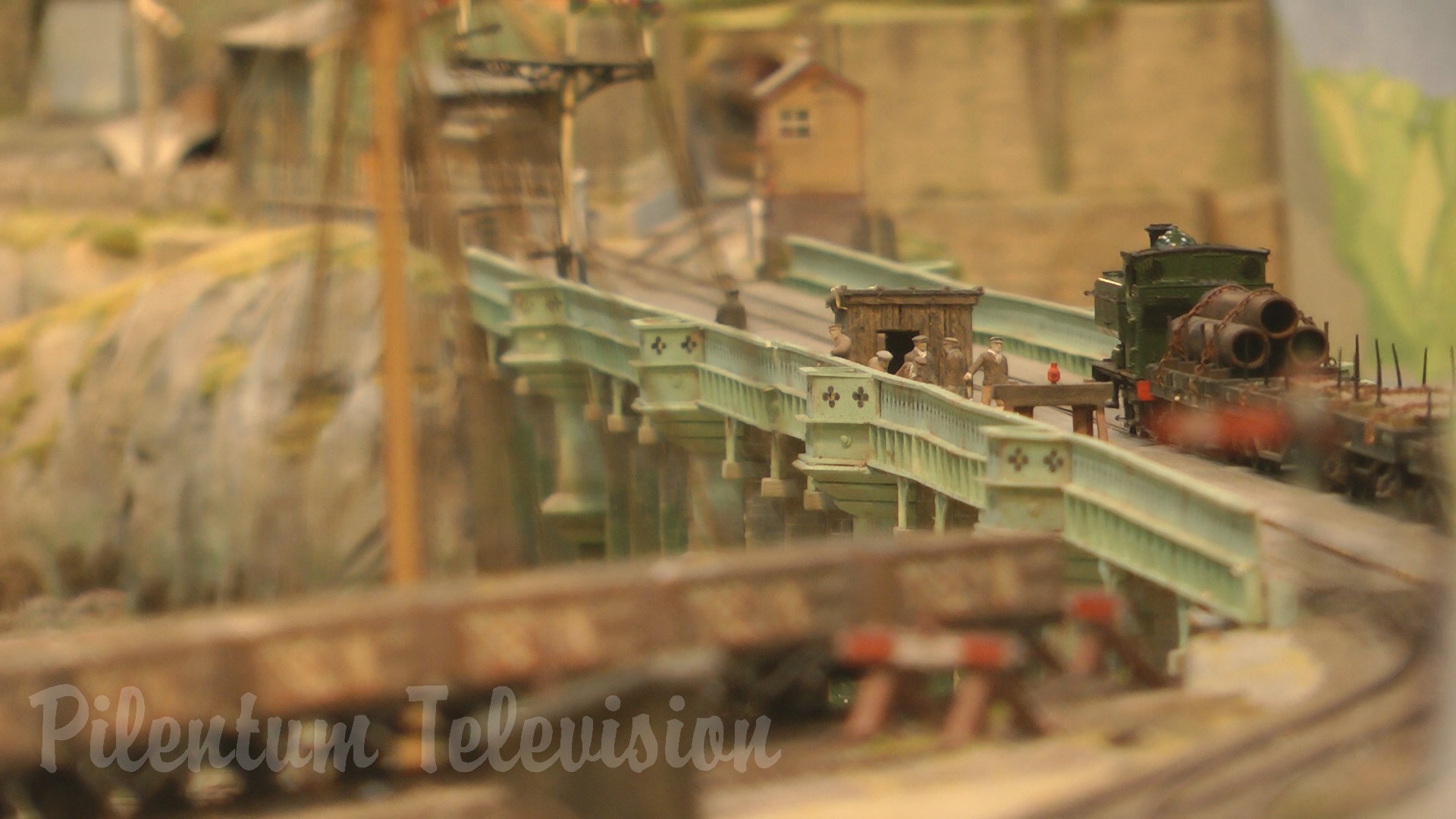 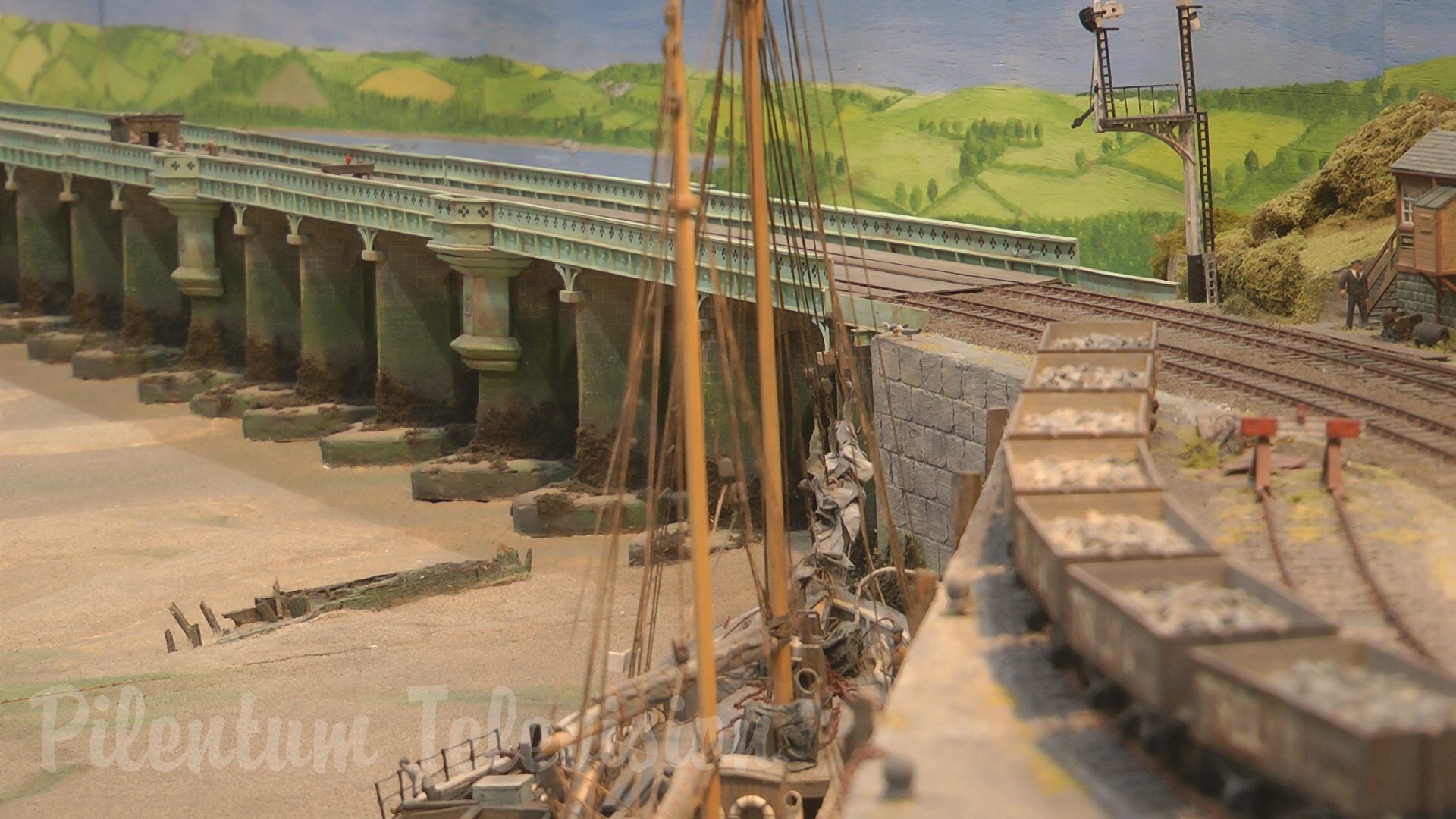 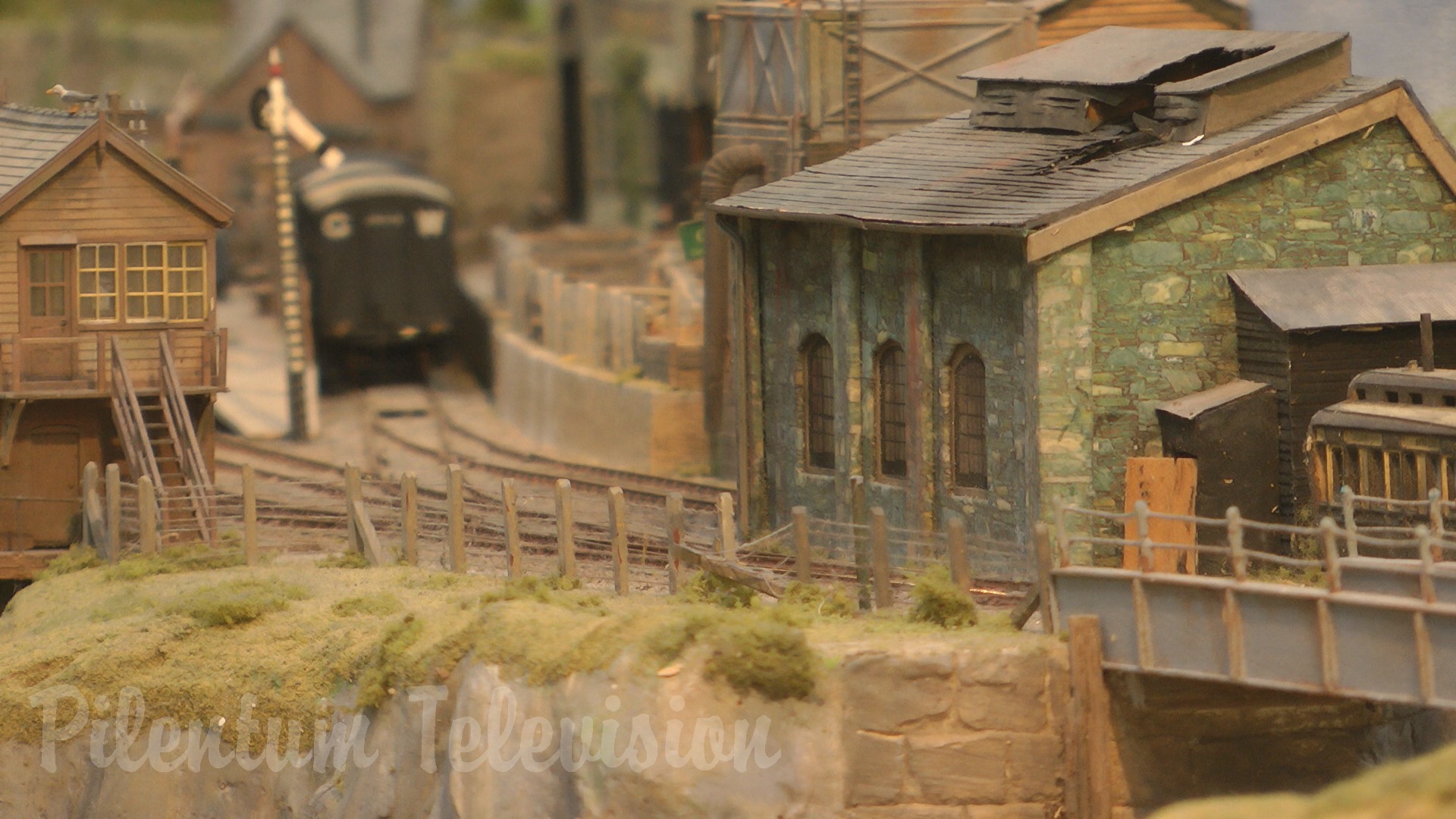 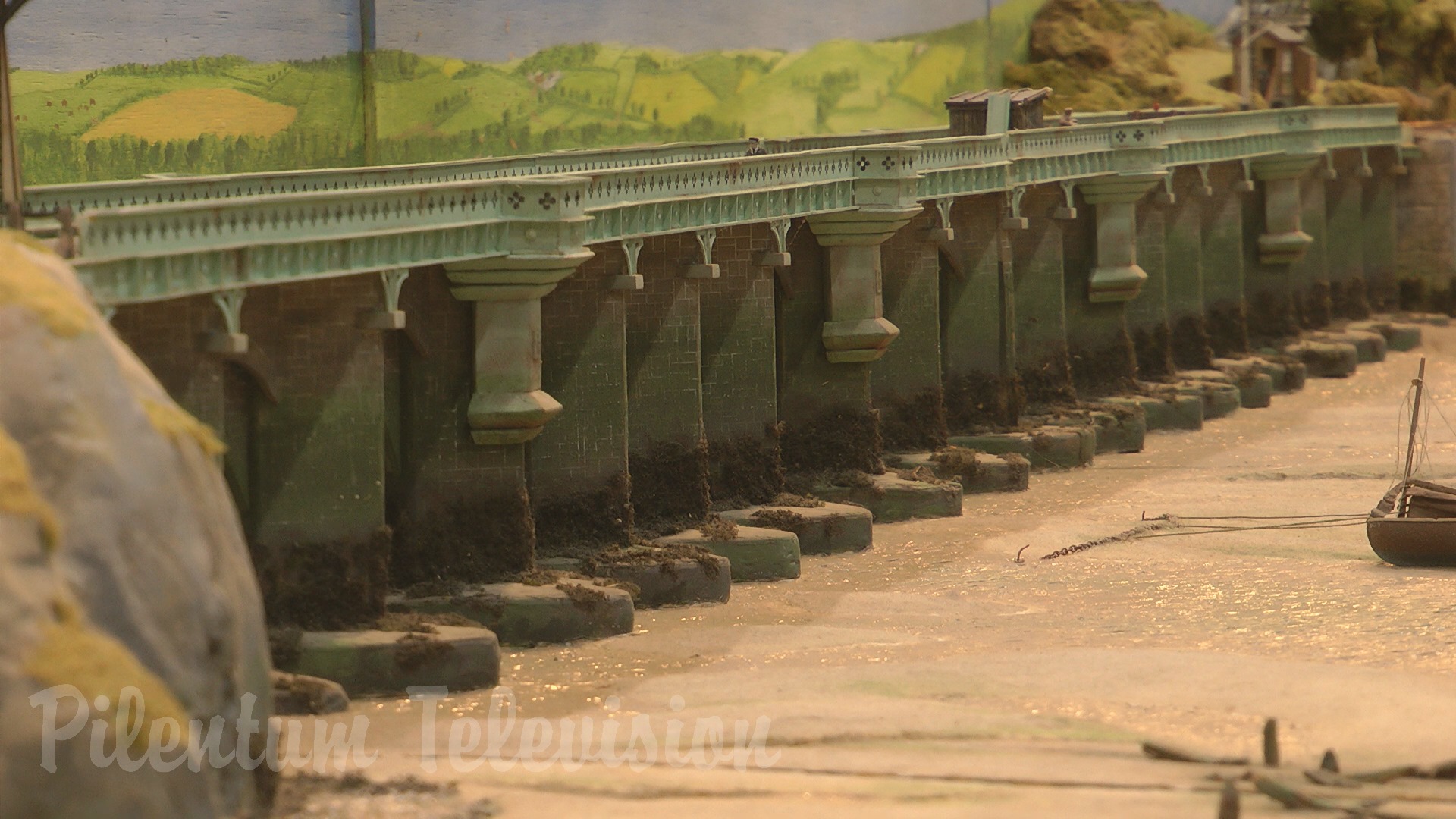 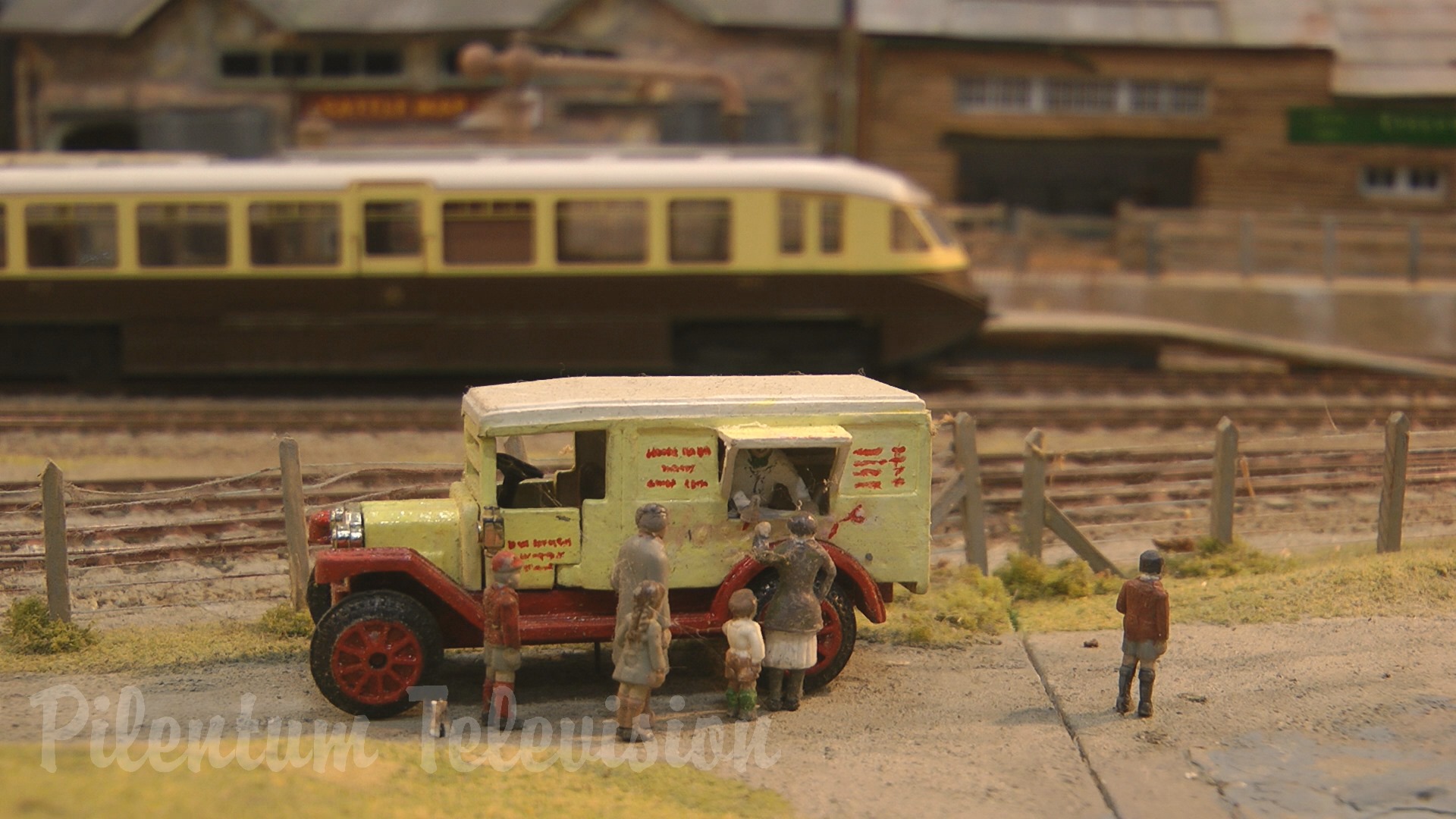 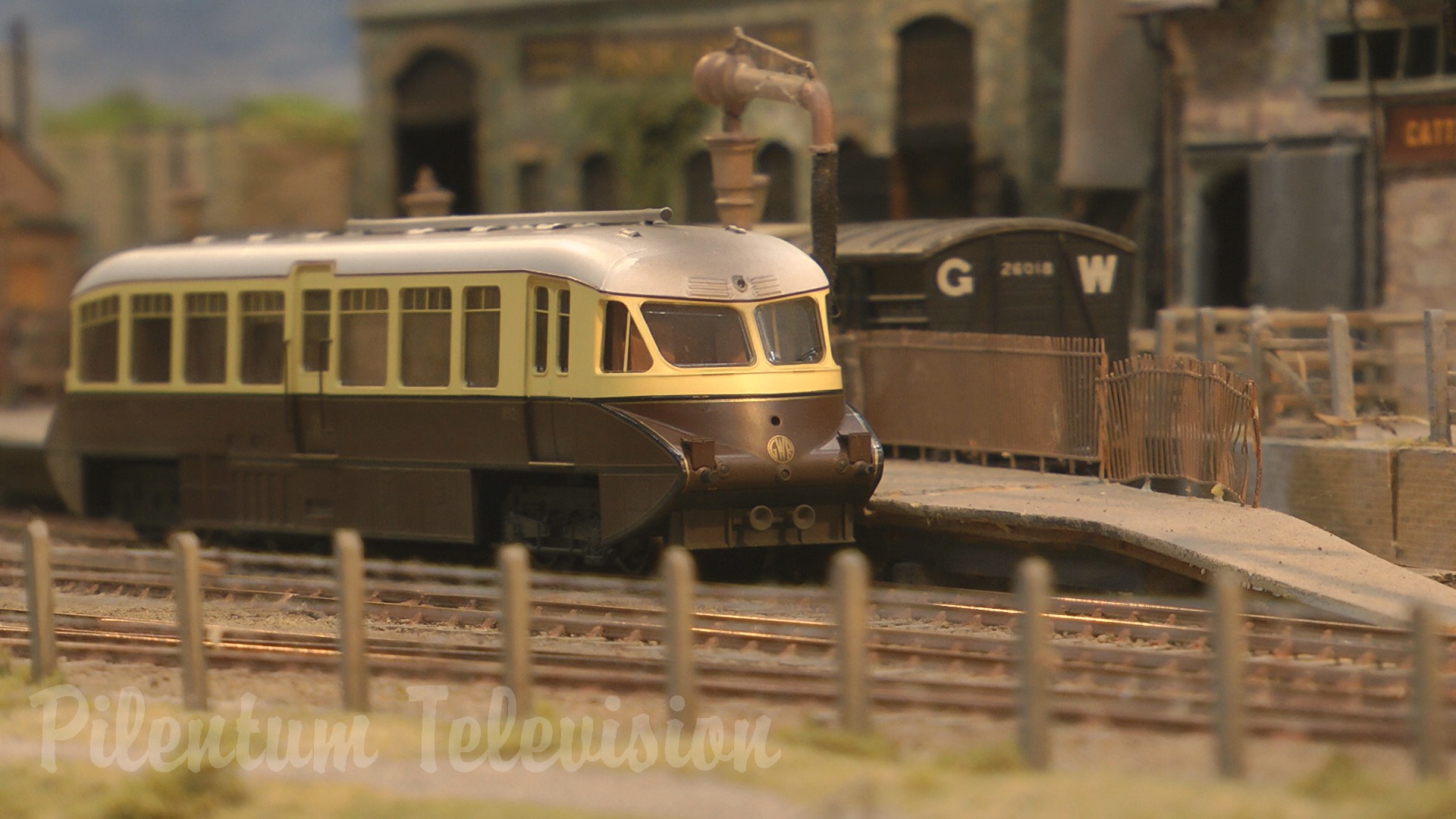 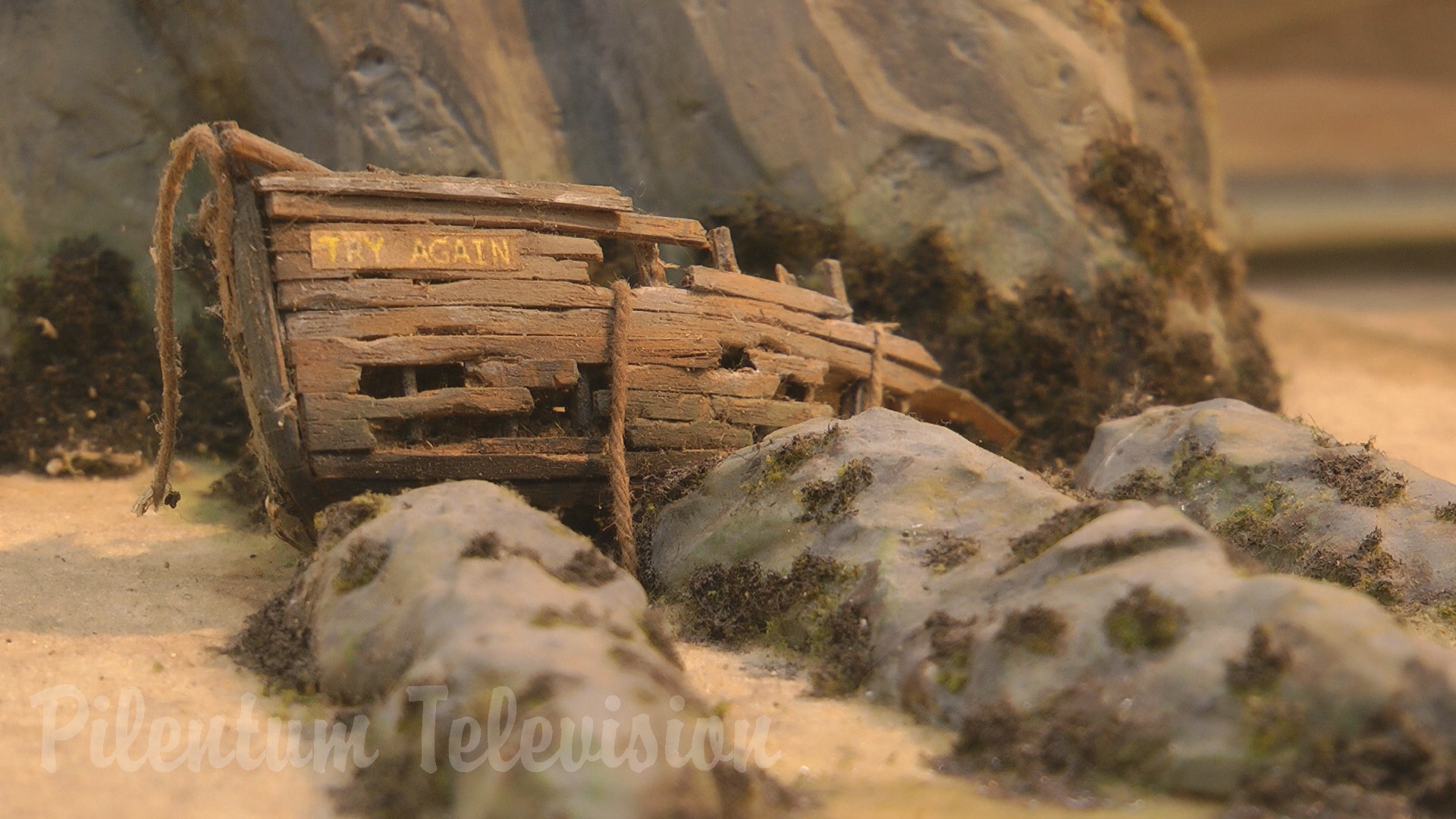 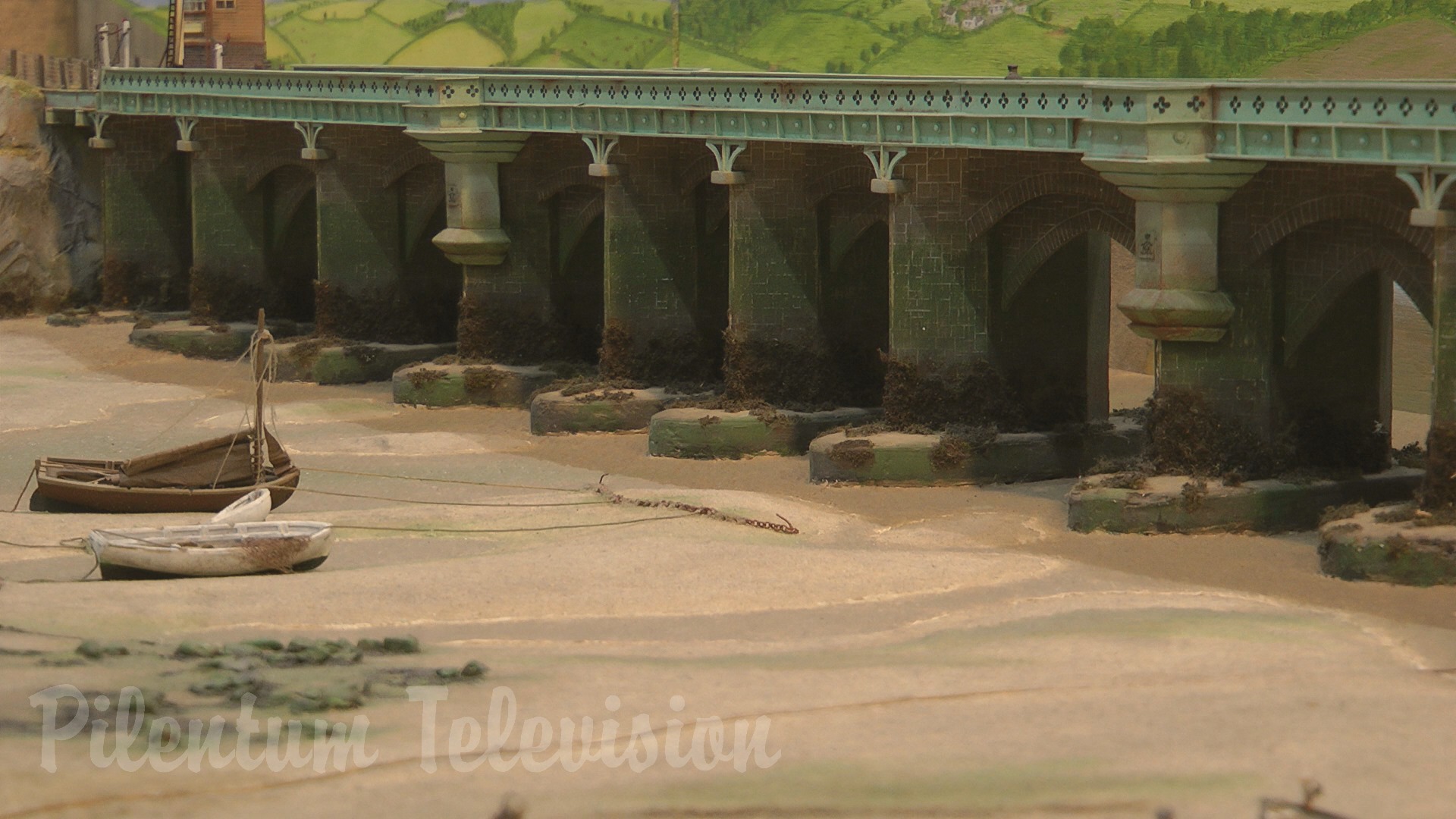 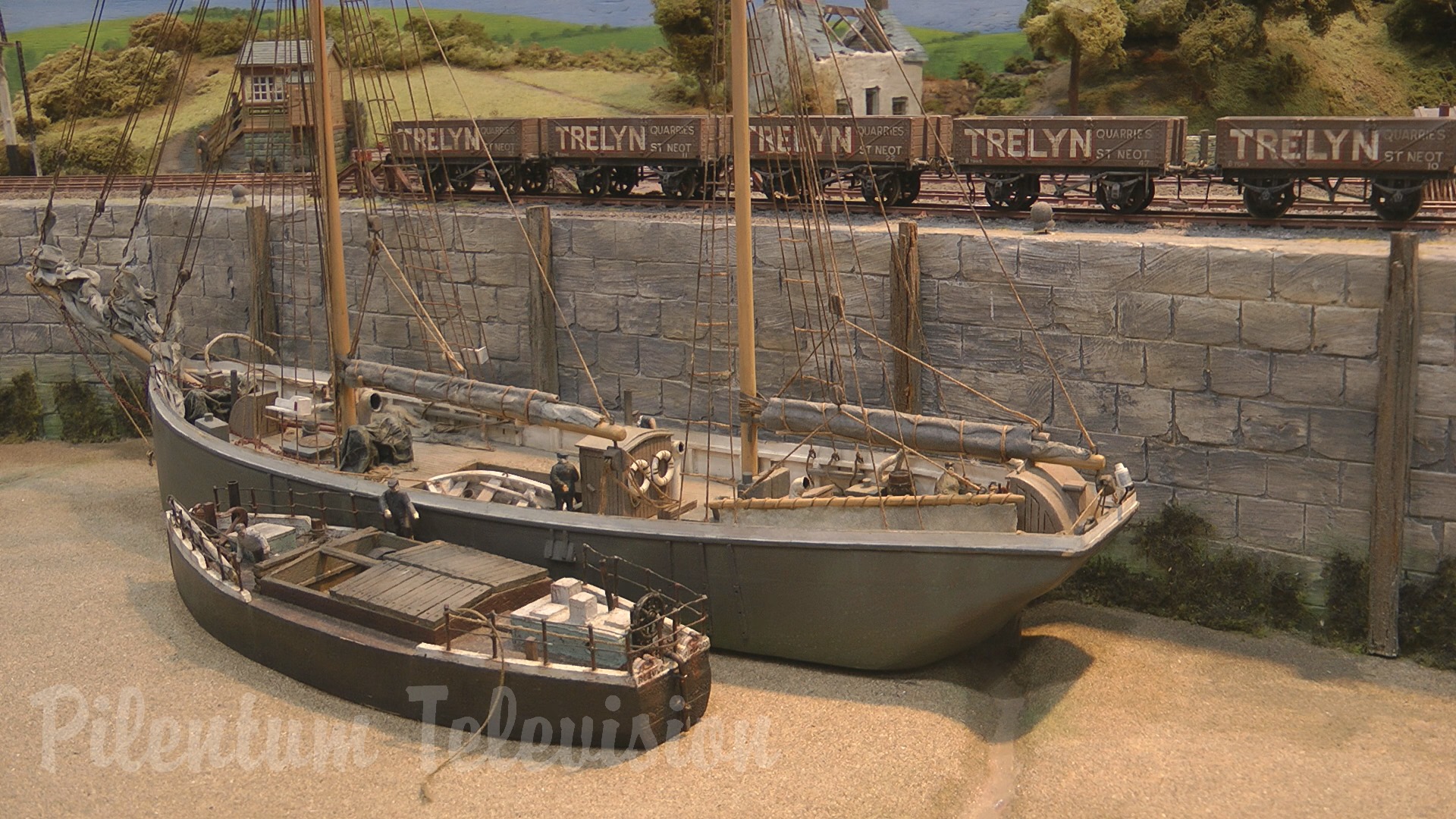 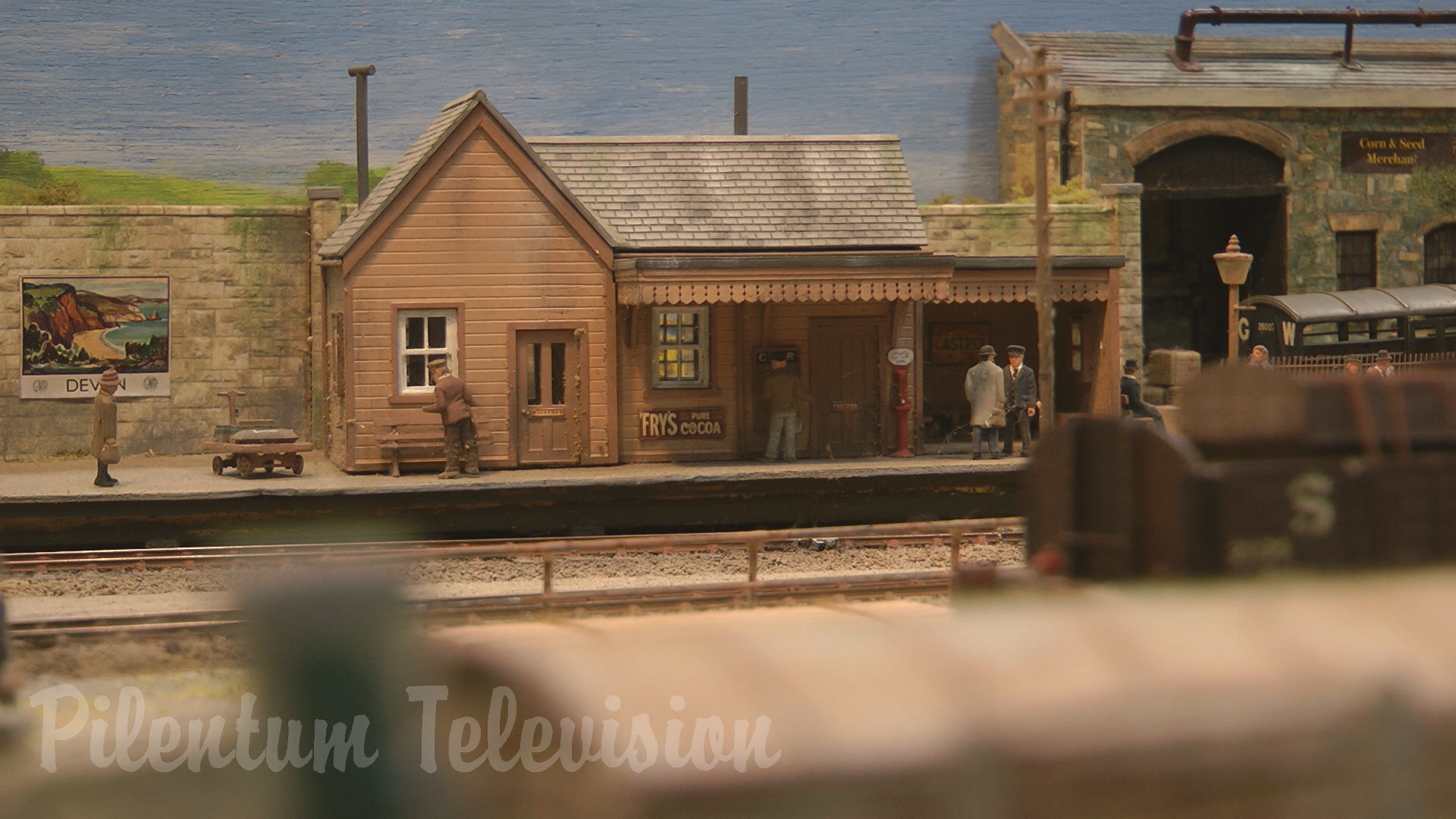 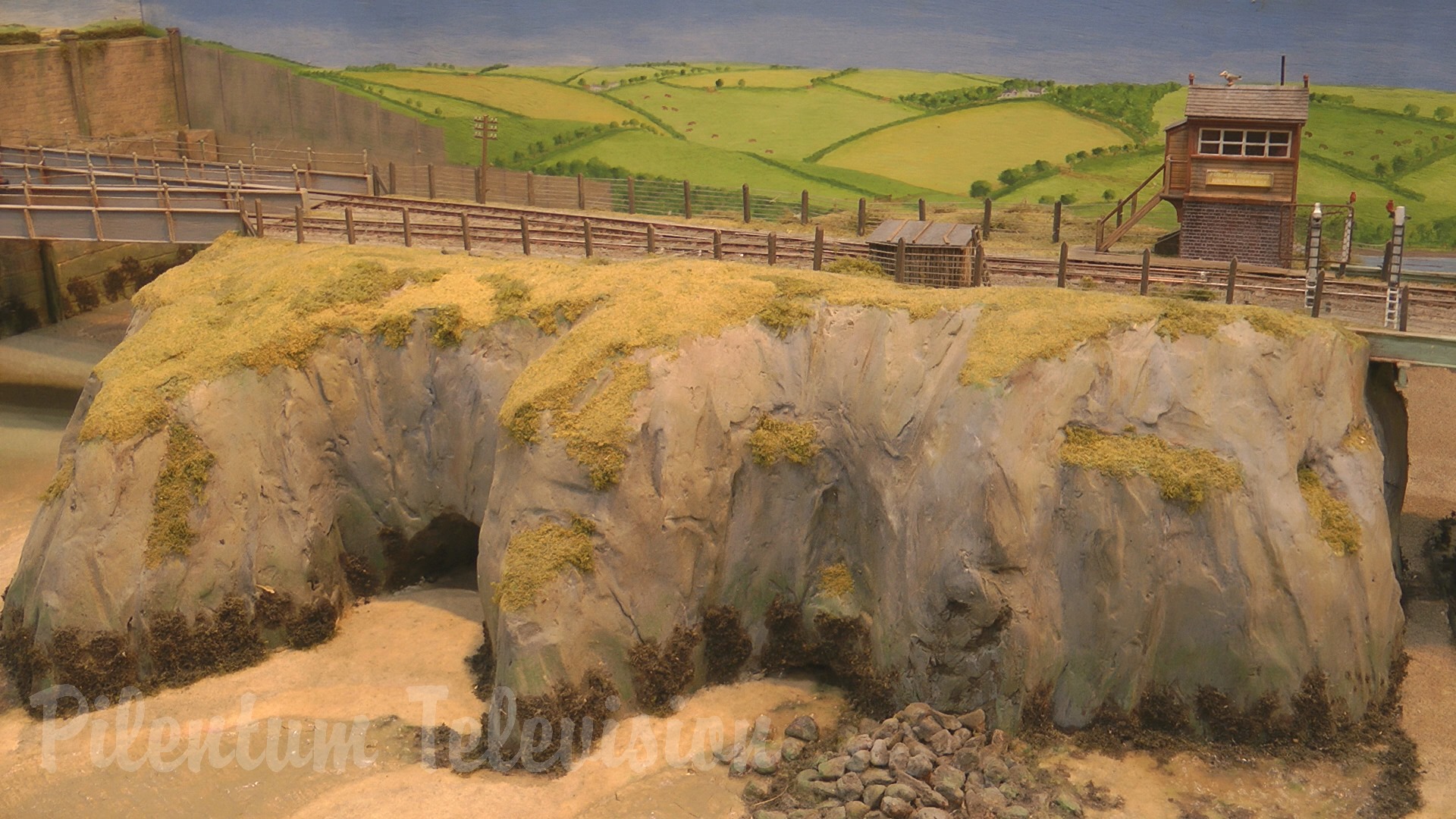 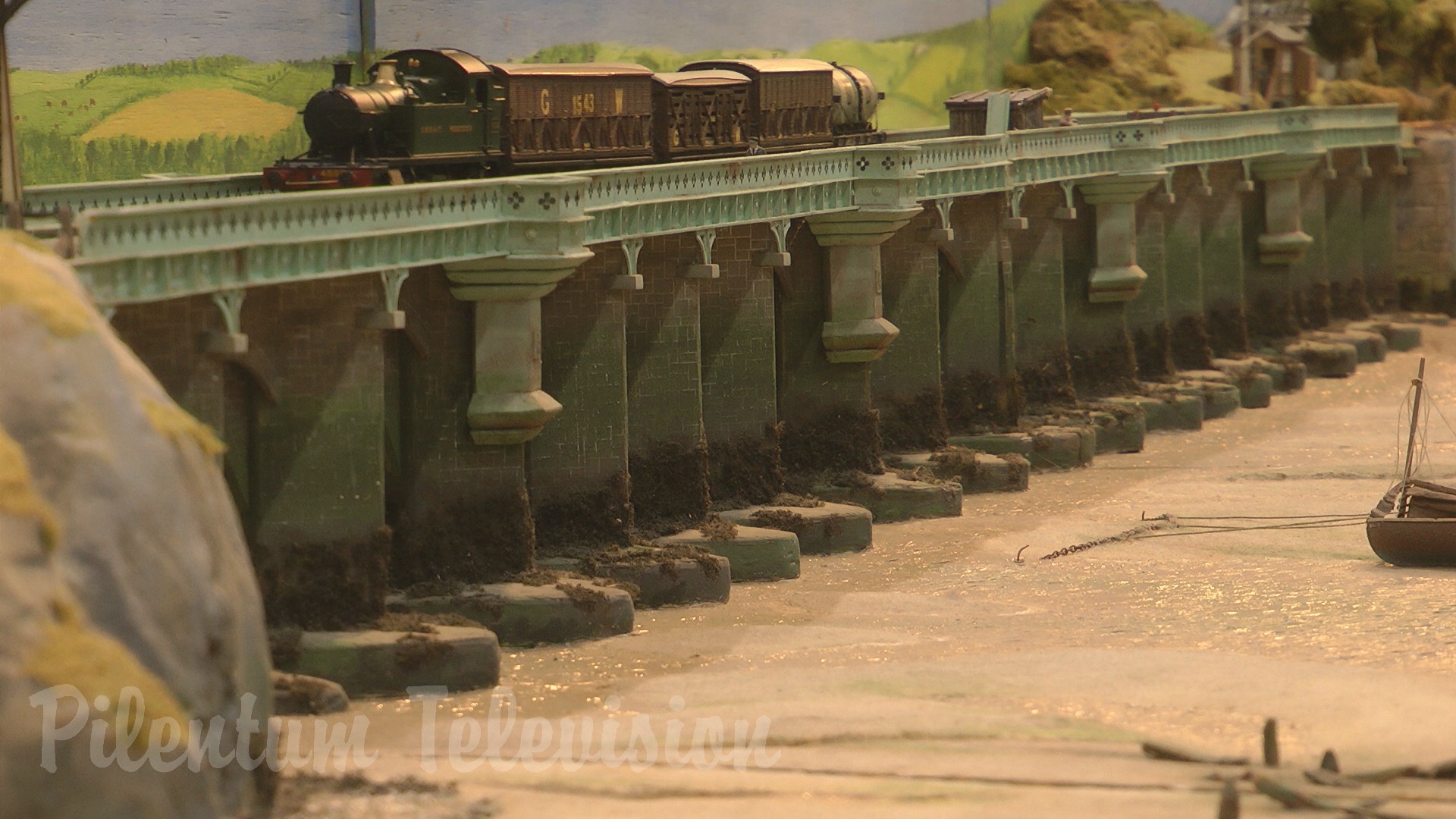 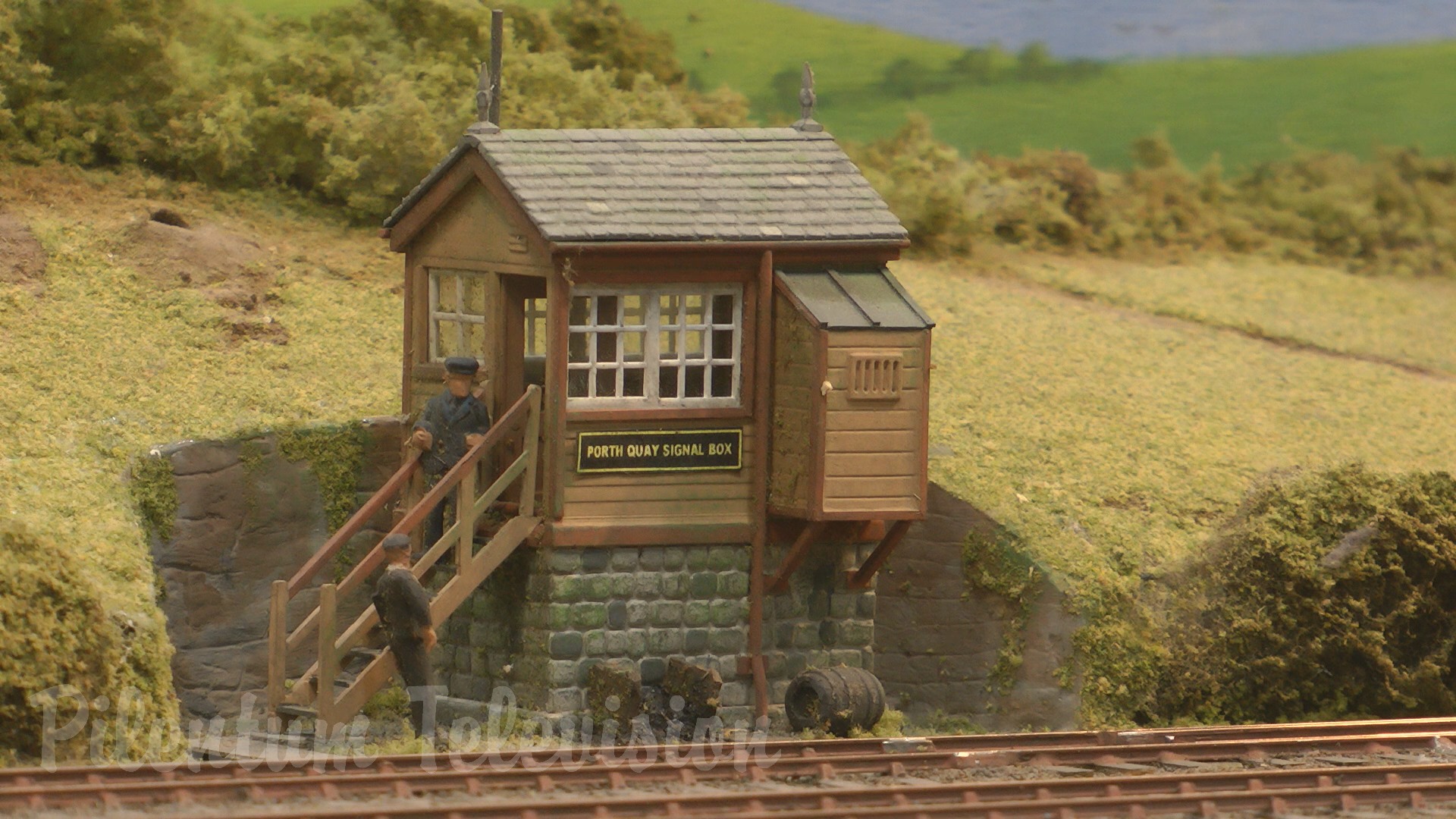 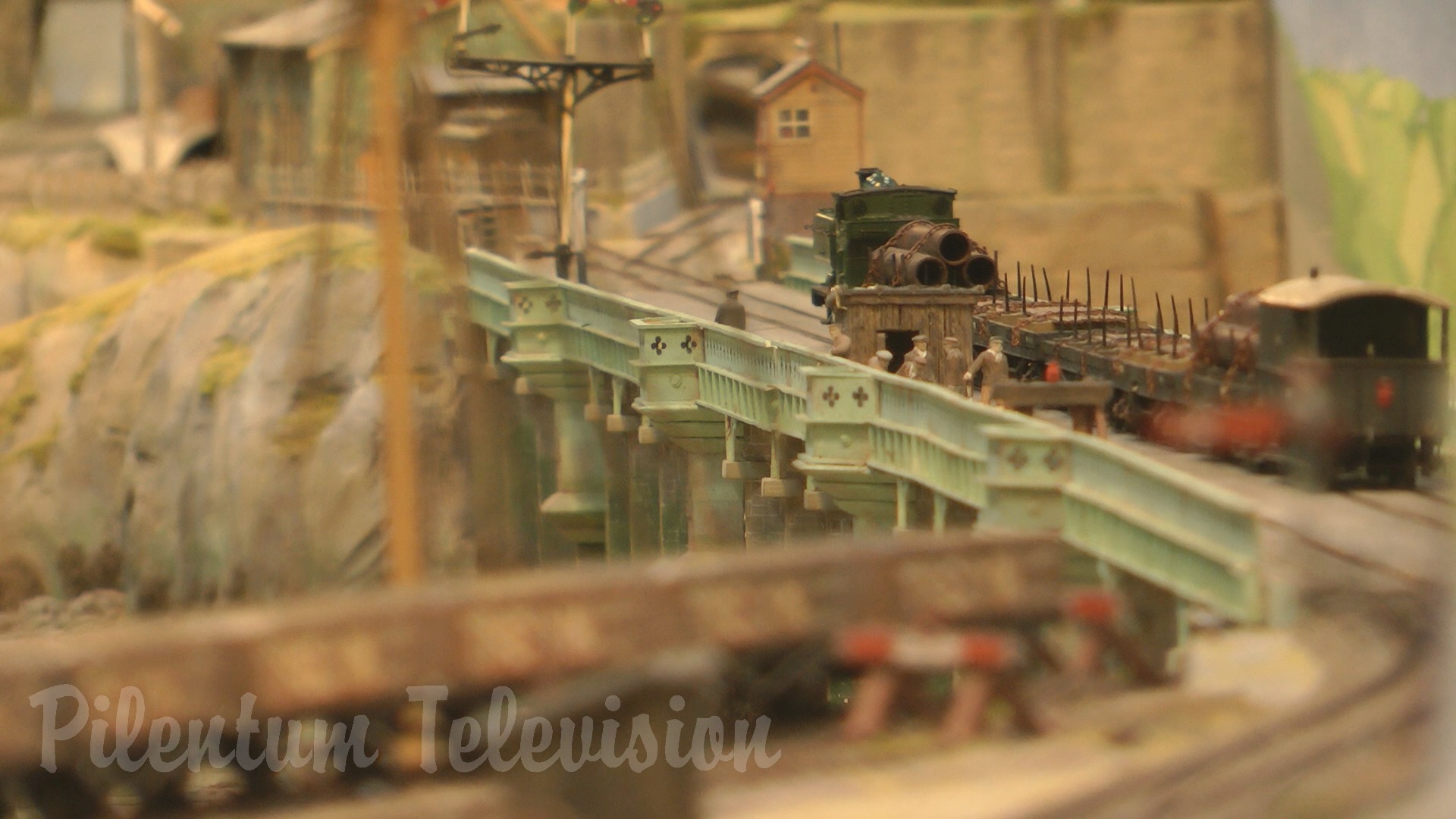