Scale Model of a Metro Station with Underground, Subway and Rapid Transit Trains in HO Scale 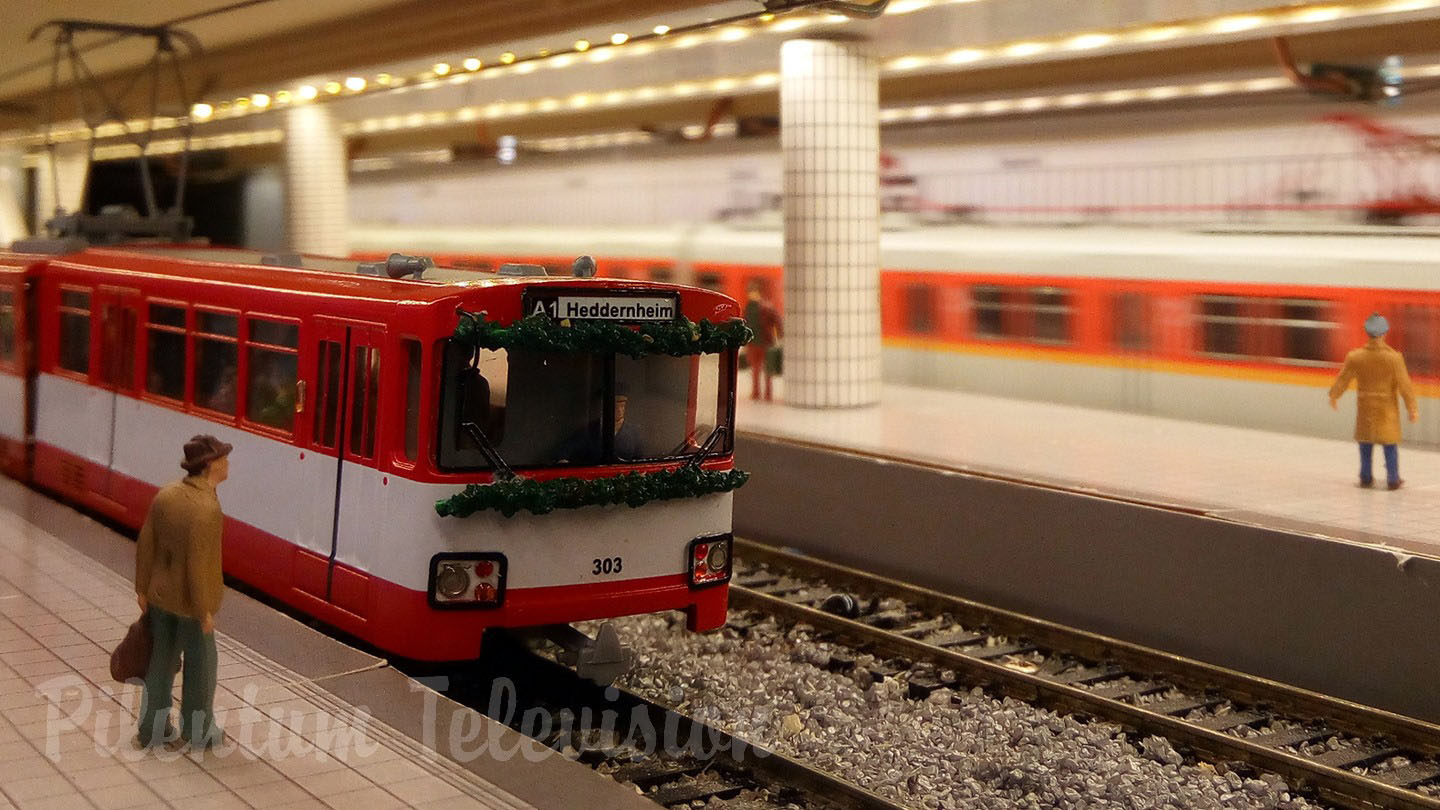 This video is meant to be a reminiscence of Pilentum’s home town Frankfurt am Main, Germany. We see a diorama, scale model or replica of the metro station “Hauptwache”, which is located in the center of Frankfurt am Main in reality. There are four platforms and four train tracks, the two outer tracks are used by the subway - also known as underground, heavy rail, metro, metropolitan or U-Bahn, while the inner tracks are used by the rapid transit - also known as urban-suburban rail or S-Bahn. The layout was built in 1/87 scale, i.e. H0 gauge or HO scale, by the German model railway club called “Modellbahnfreunde Riederwald”. The rolling stock of the Frankfurt public transport in miniature was made in a limited special edition. 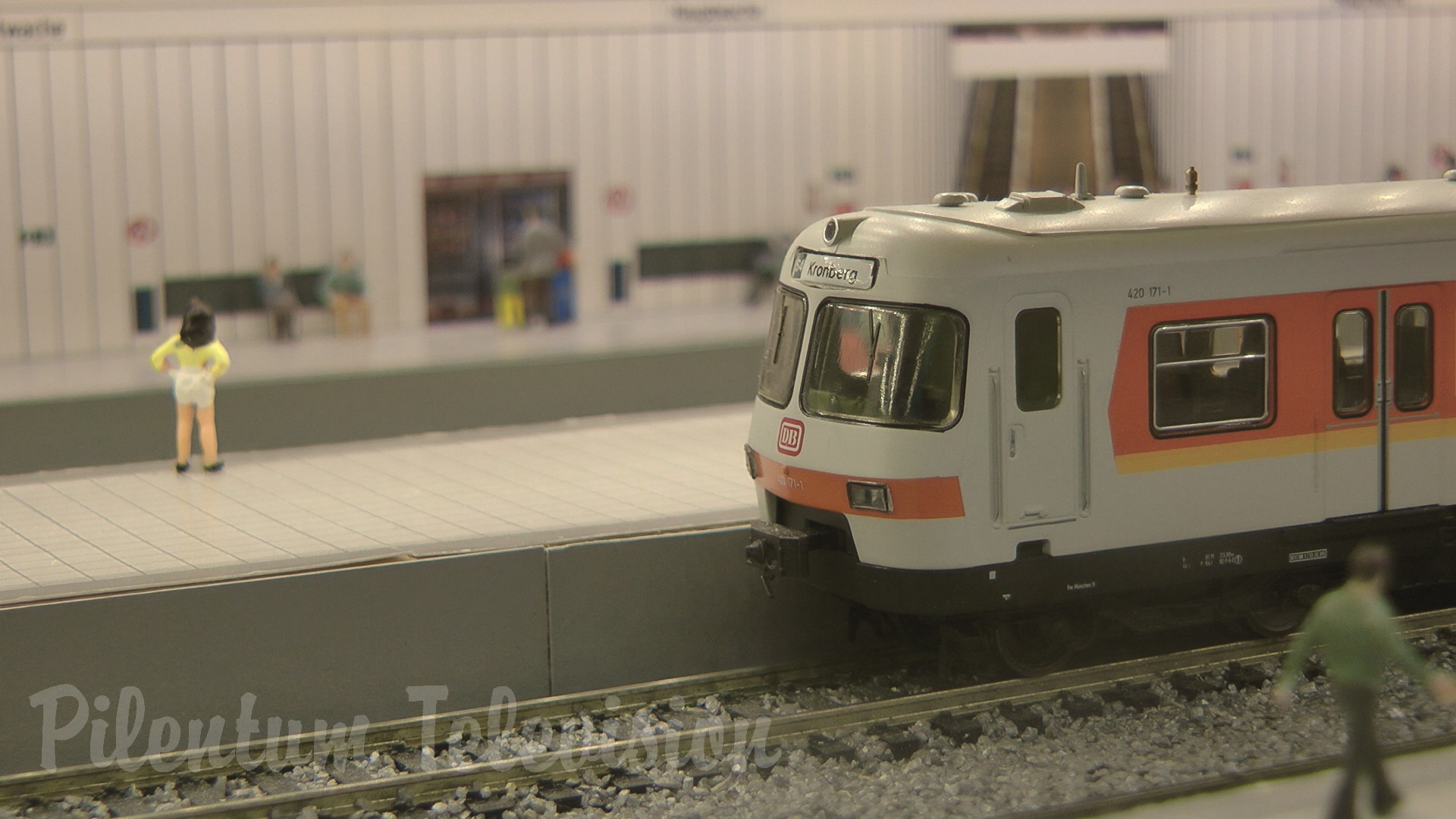 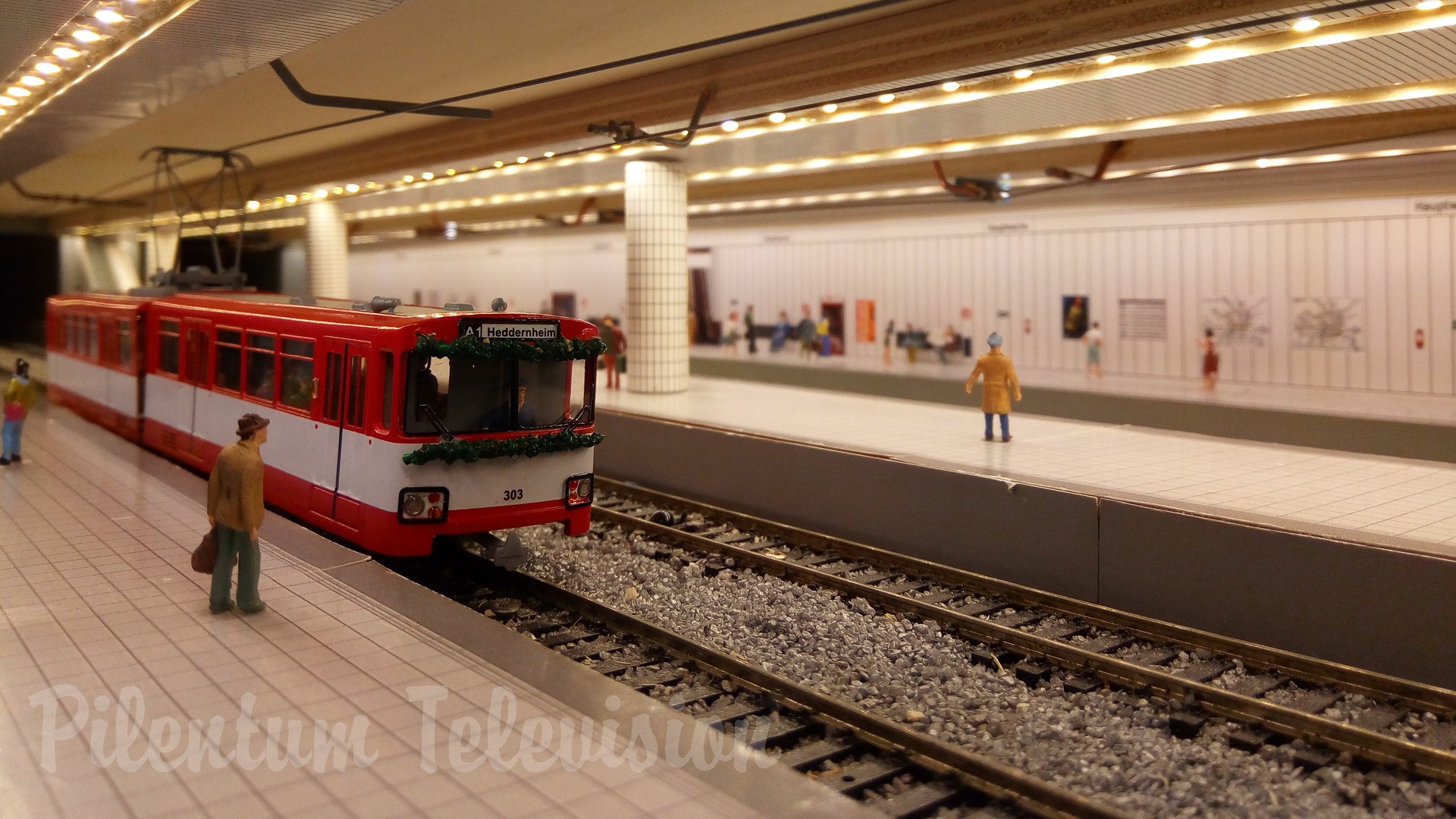 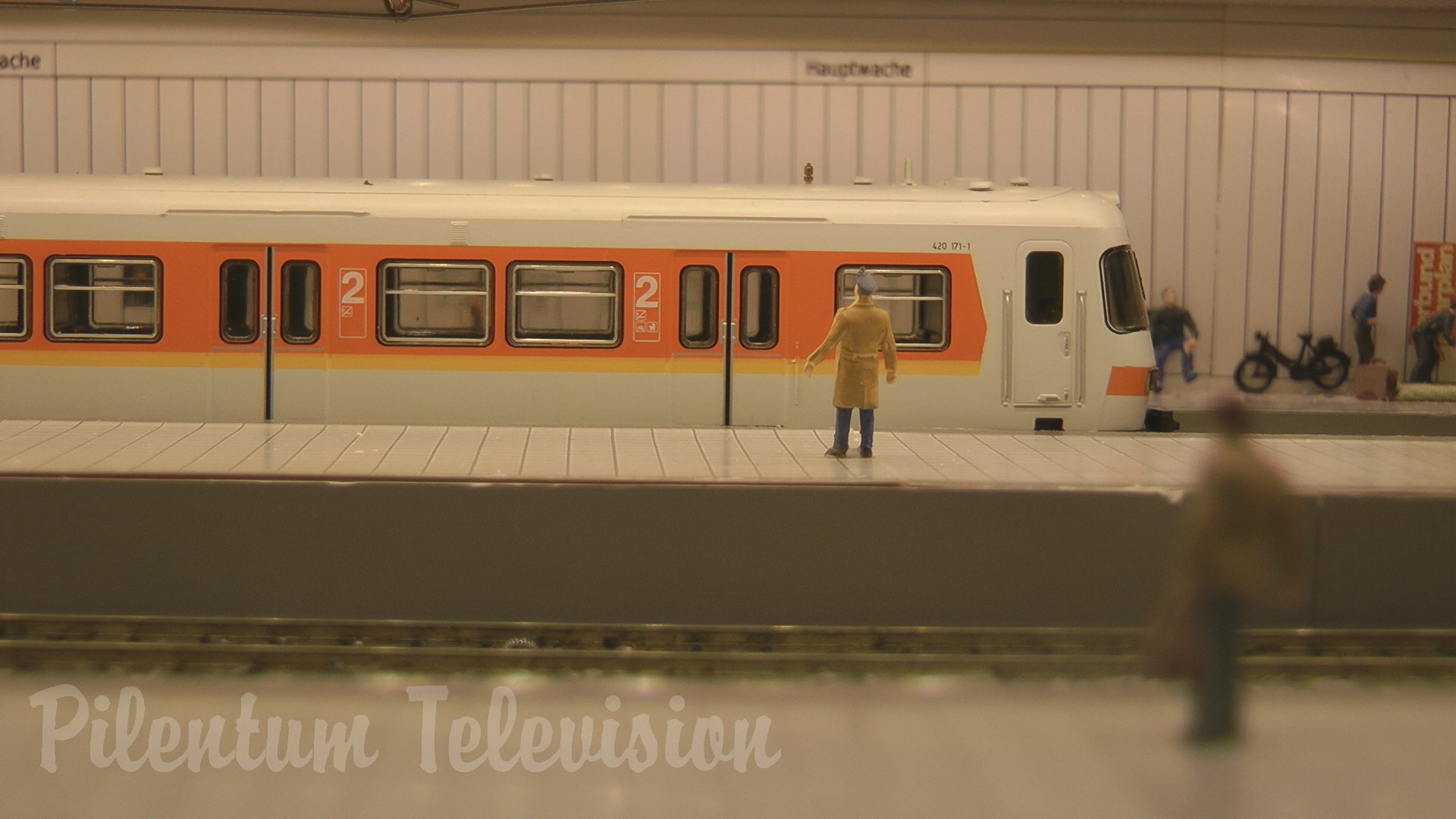 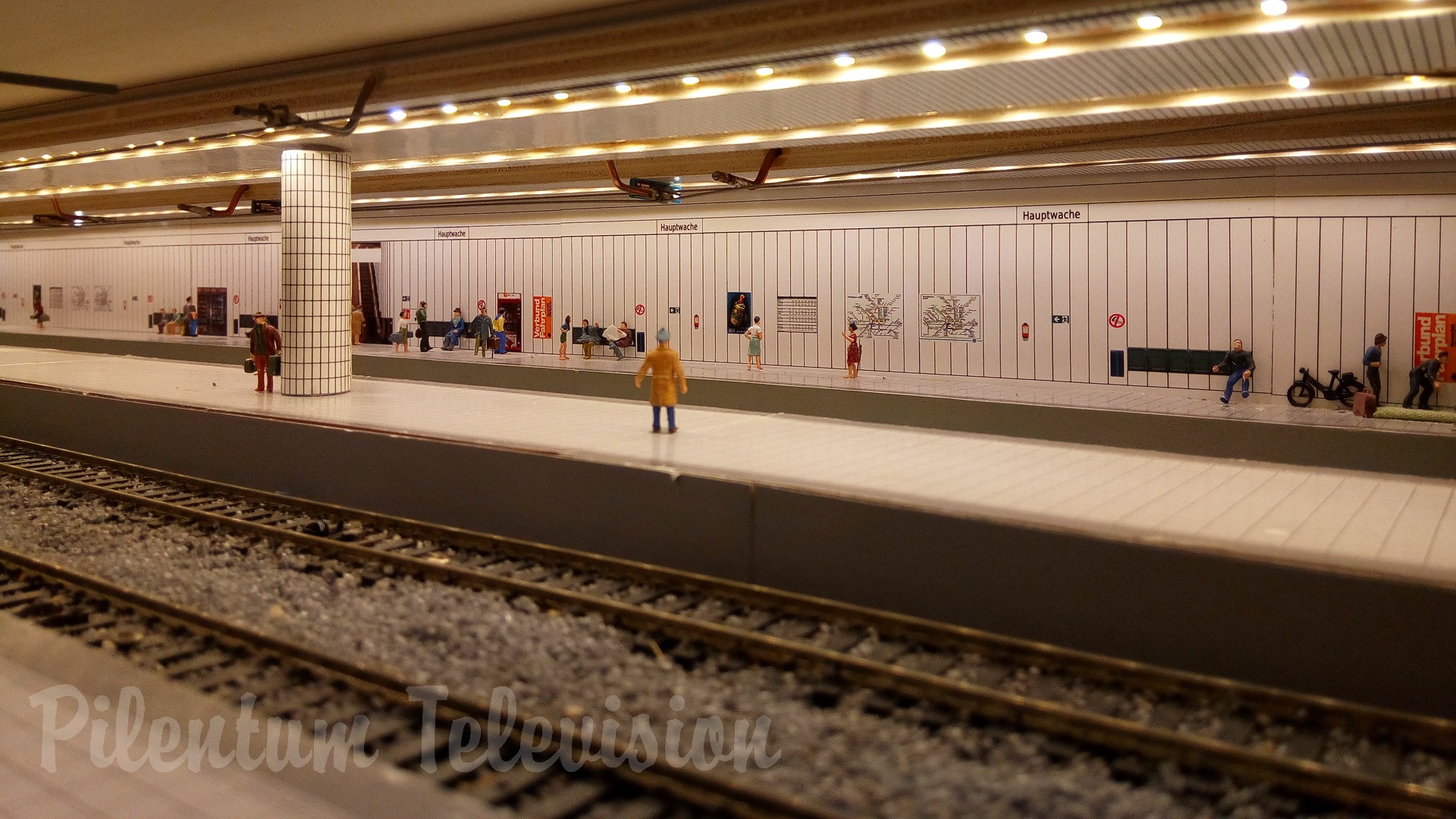 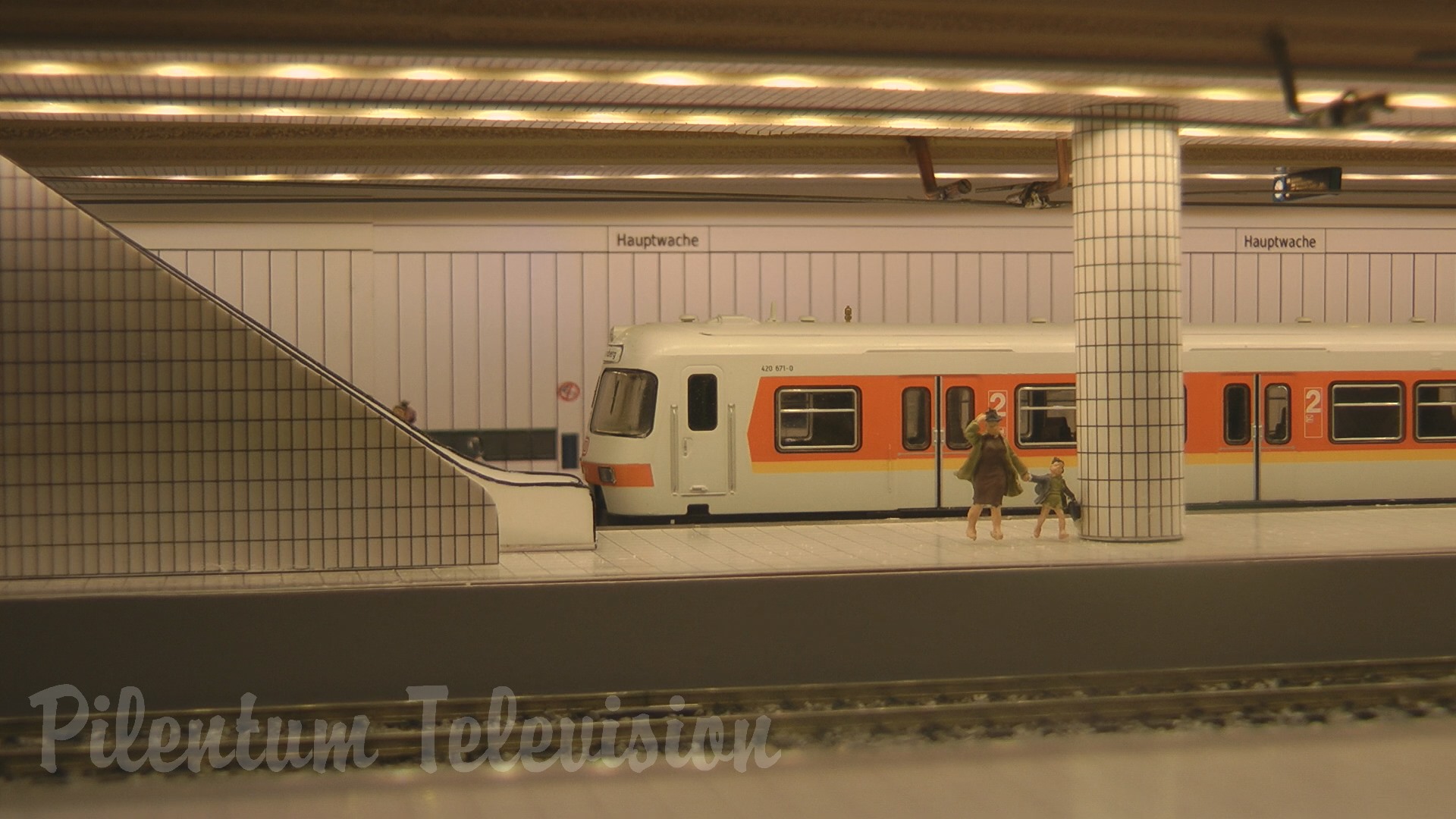 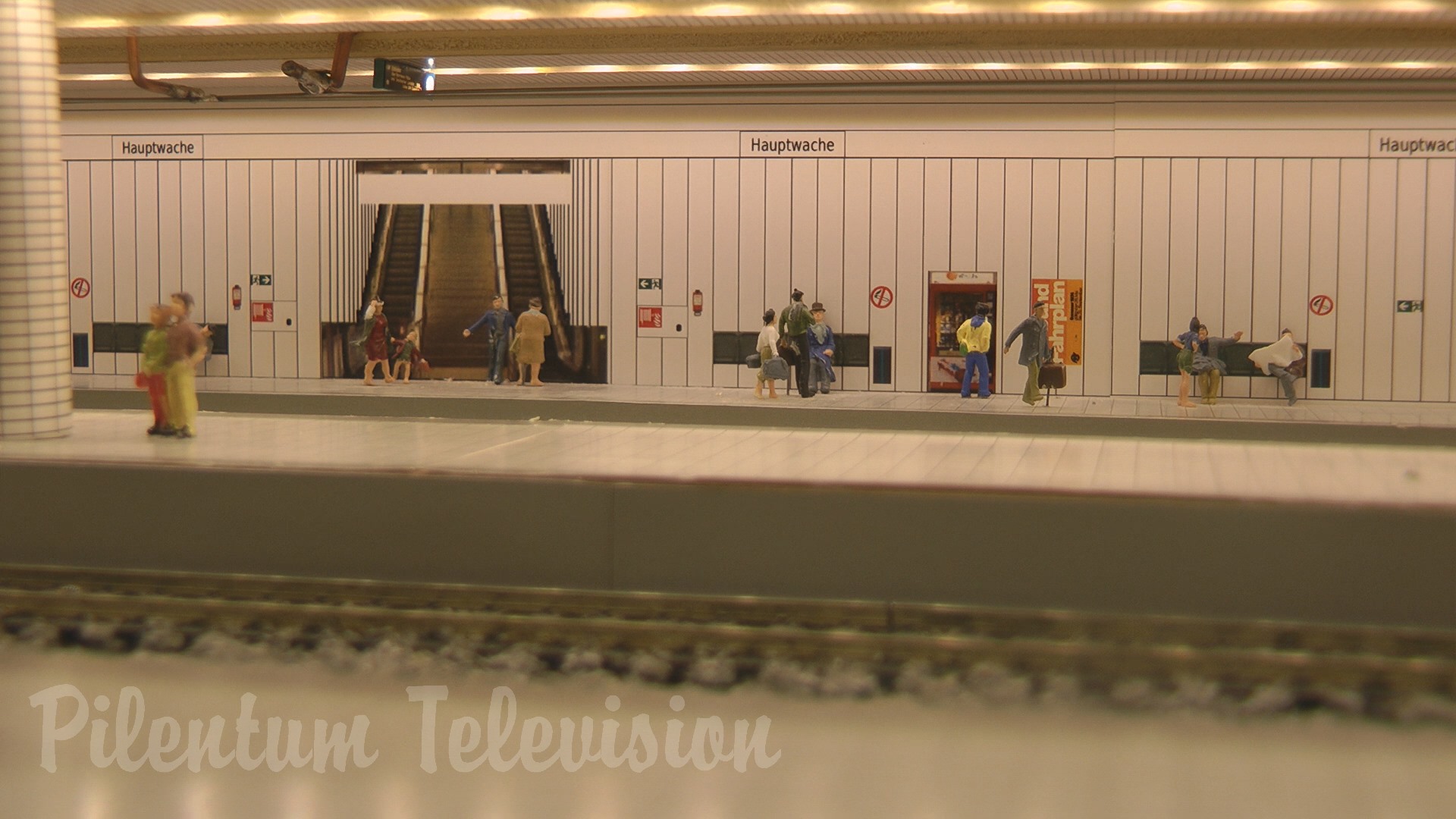 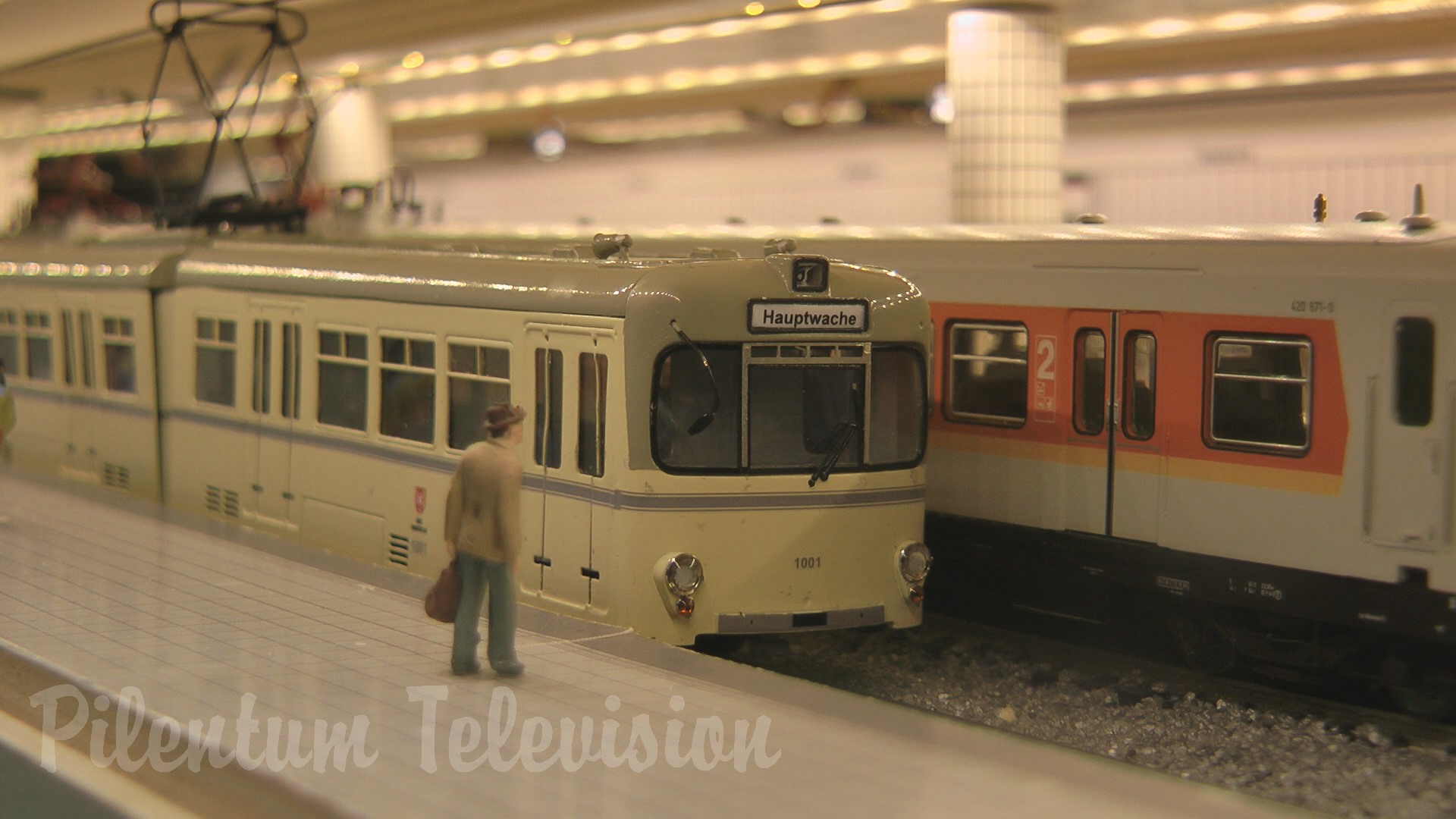 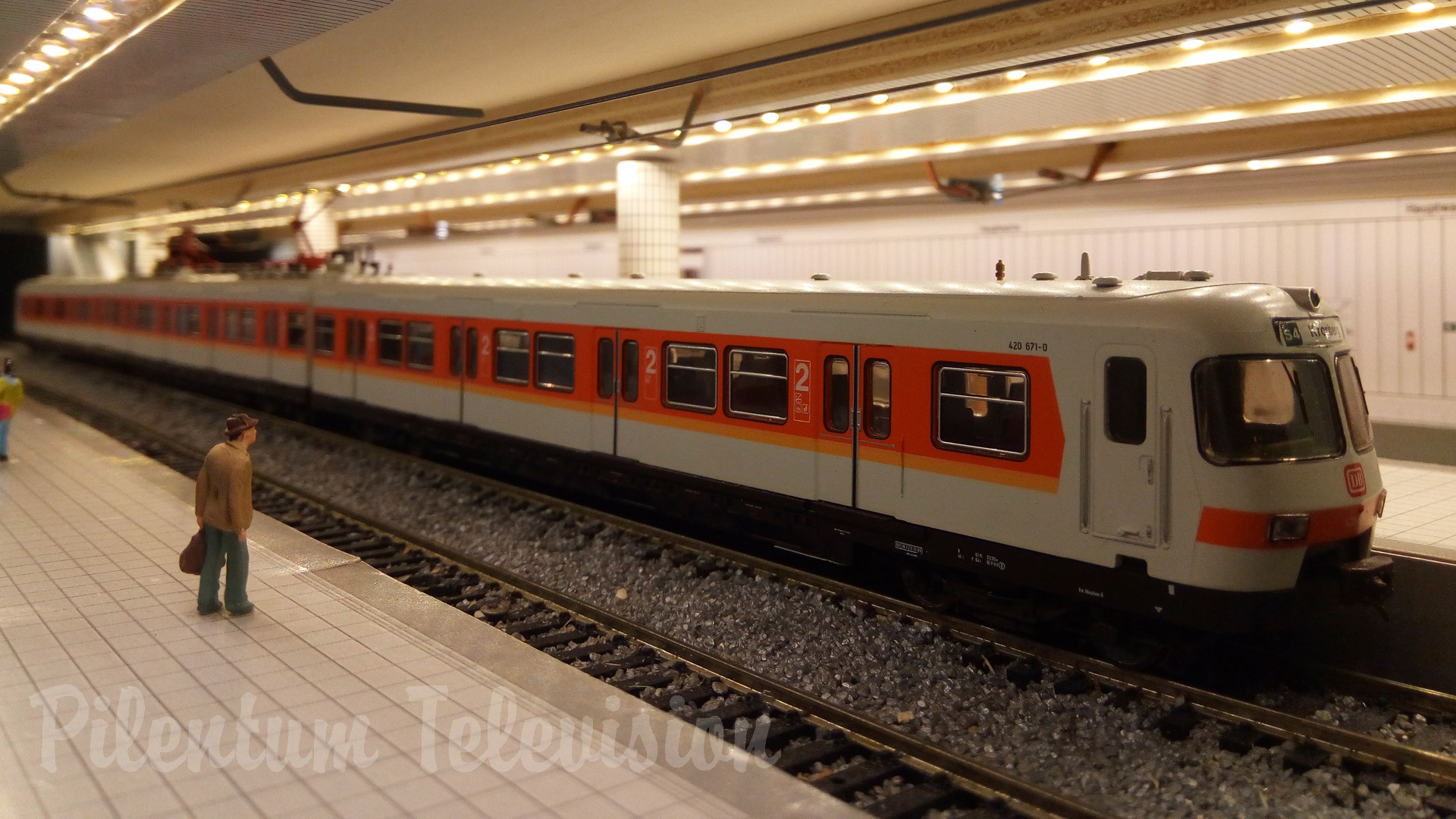