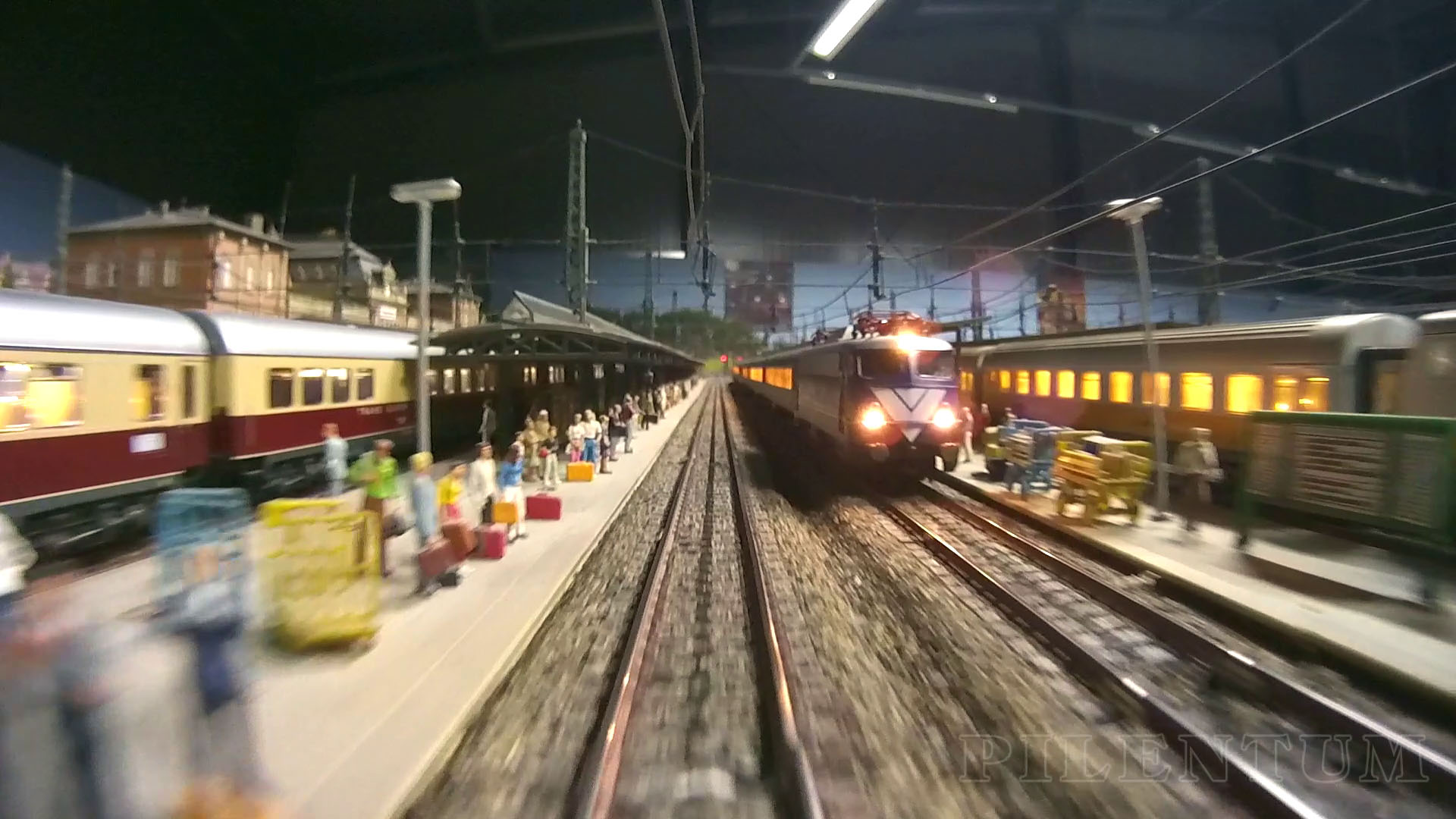 Enjoy a model train cab ride as an engine driver on a very large model railway layout built on Märklin rails. While using Pilentum’s train camera, we travel through a German model landscape. From the locomotive’s view, we see many other trains, for example freight trains, passenger trains and high-speed trains. The layout has been built as a so-called dog bone layout made for a very long circuit.