The history of railways in the United Kingdom and British steam locomotives offer endless possibilities for rail transport modelling. An example of how this can be realised is the micro model railway layout presented in this video. We are in the fictional town of Langley. The year is 1949, and the economy slowly recovers after World War II, which also benefits the railway. Langley railway station is located on the branch line of Great Western Railway (GWR) which recently was nationalised and became part of British Railways.

The railway serves the small industrial area of the town. The main customer of the railway is the gas works, which is regularly supplied with coal. There is also a platform for passenger transport and a half-hourly service in each direction for the factory workers. Furthermore, there is also a track to the port which is connected to the British canal system. In addition to coke, different goods are transhipped onto the typical narrow canal boats.

This 00 gauge layout - 1/76 scale - was designed as a shunting layout by the German railway modeller Heinz-Ulrich Grumpe. The visible area consists of two sections measuring 80 cm x 40 cm. Peco Code 75 tracks and switches were installed on the layout. Although the switches are set by motorised drives, the layout is operated analogue. The rolling stock is of course British models from various manufacturers such as Bachmann, Dapol or Hornby. The passenger coaches were equipped with passengers and the locomotives with driver and heater. In some open freight wagons, coal loads were imitated.

The factory building dominating the left part of the layout was partly made from Auhagen and different industrial kits. The original models of the residential buildings behind the railway station are in fact from the Netherlands and were made by Kibri. Typically British, however, are the milkman, the red telephone box or the pedestrian bridge on the right-hand side of the station. This is a British kit of produced by Superquick Models and made of cardboard. Of course, British road signs, billboards and warning signs were also installed on the layout. The boat is a kit of a typical English canal boat made by Langley Models. Finally, a great variety of self-painted figurines enliven the small layout to life. 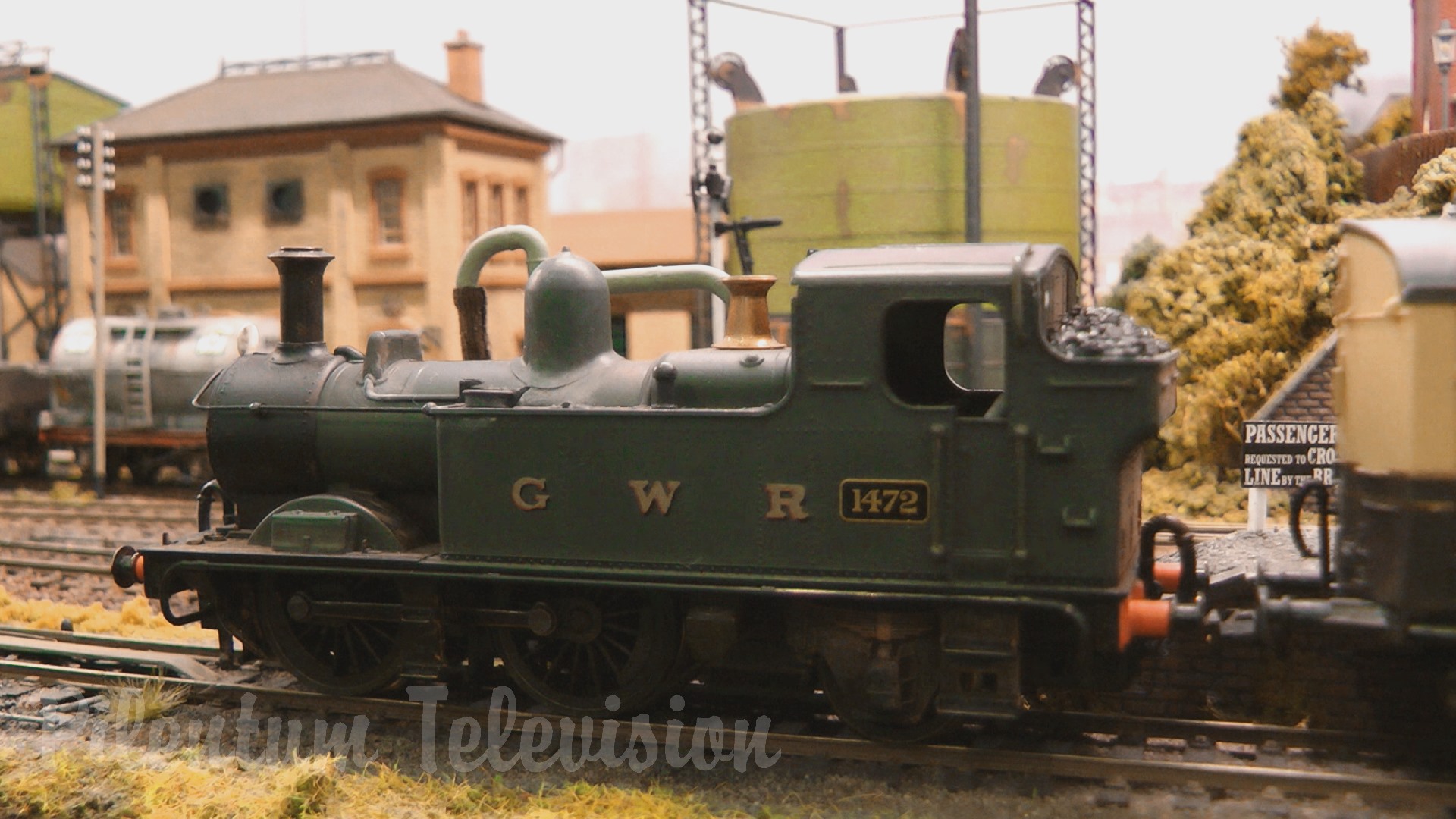 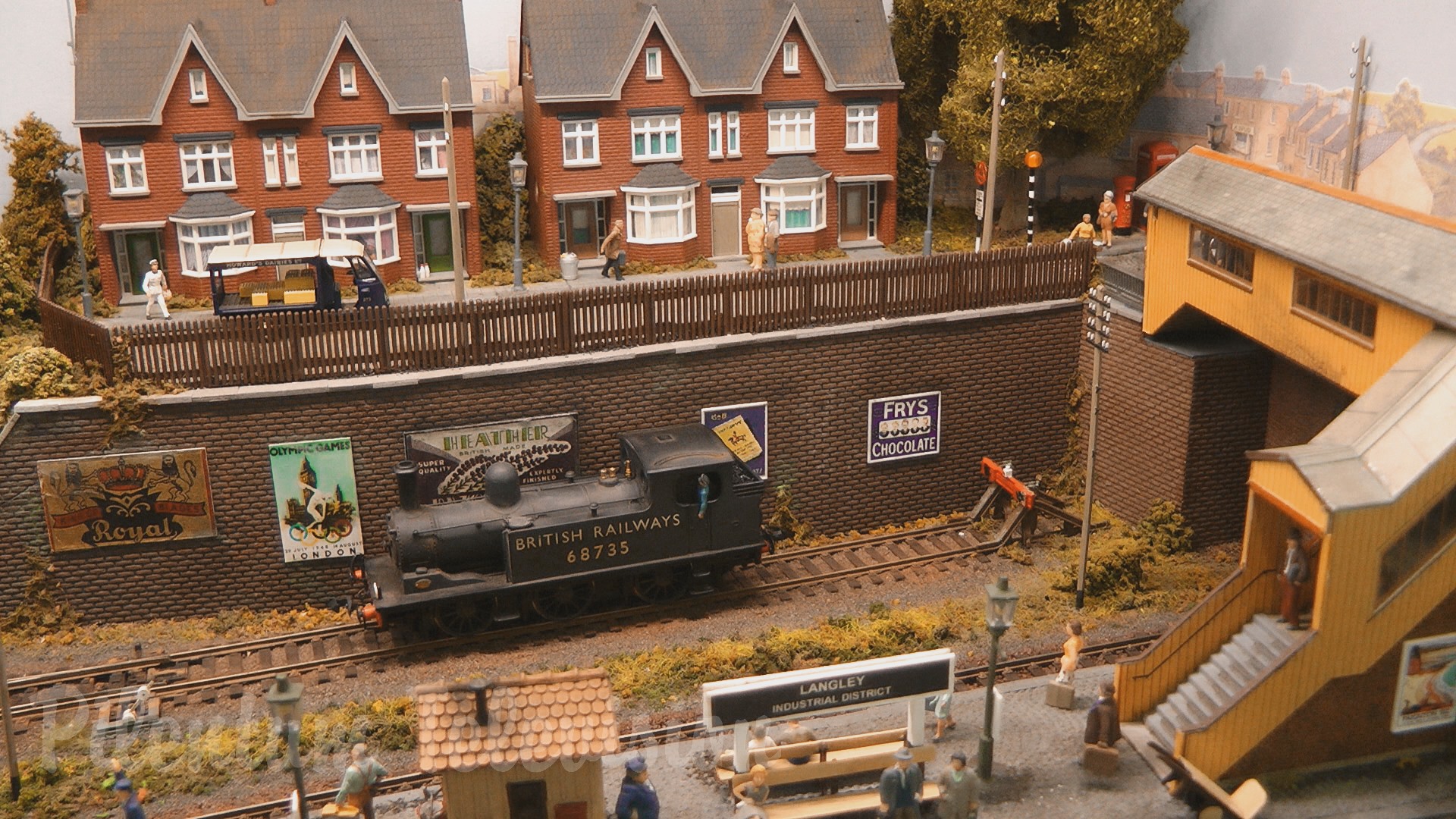 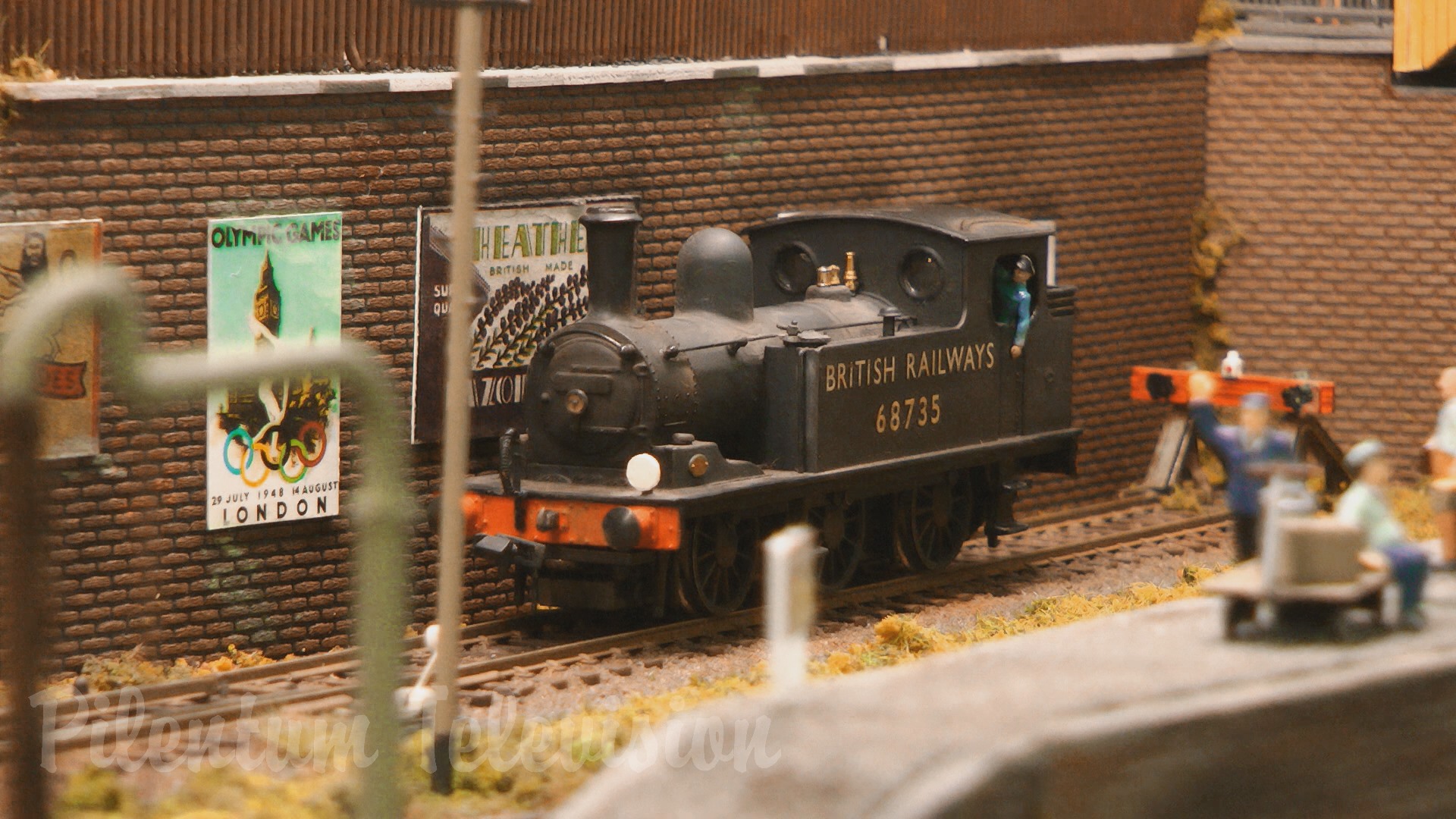 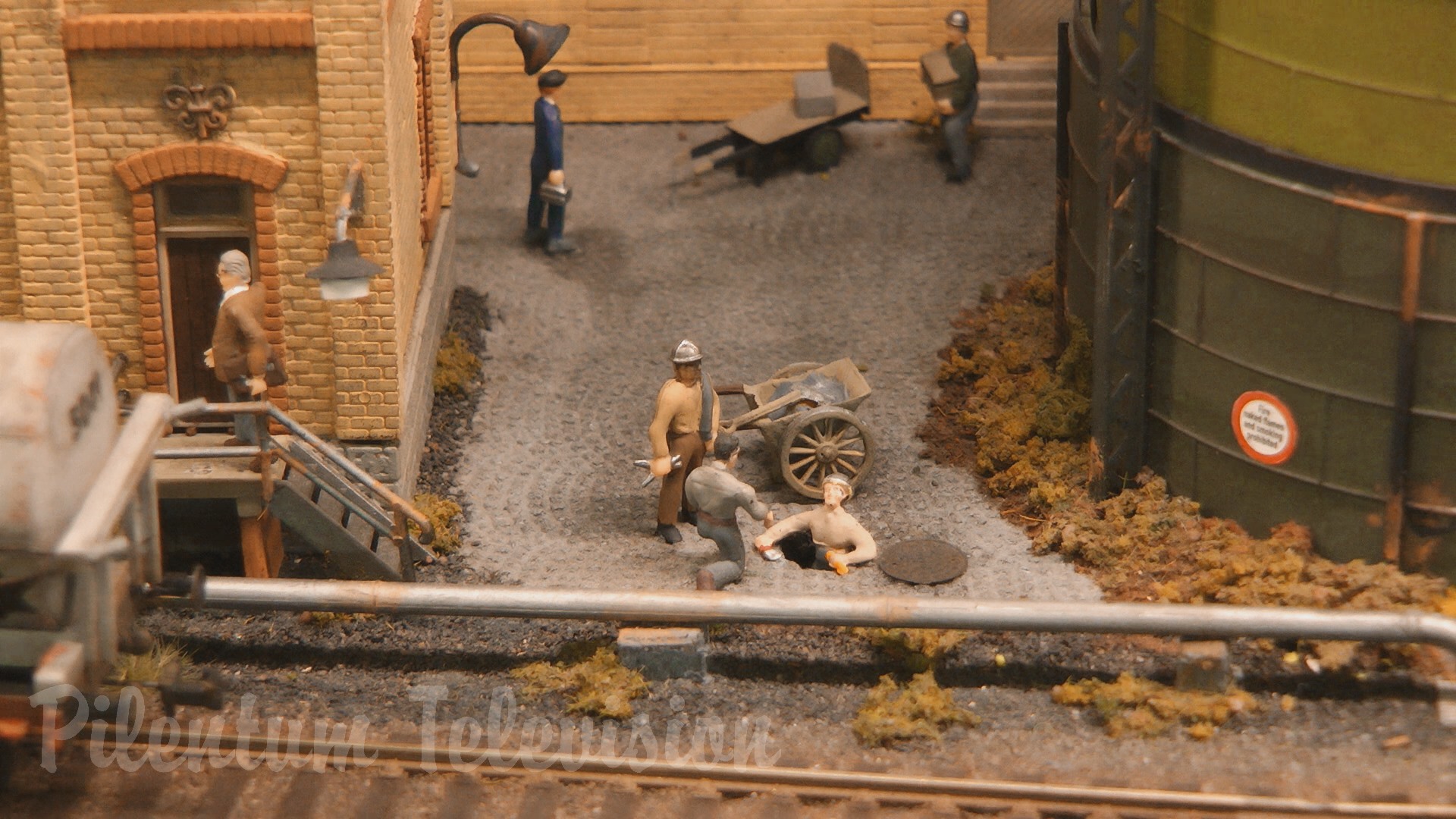 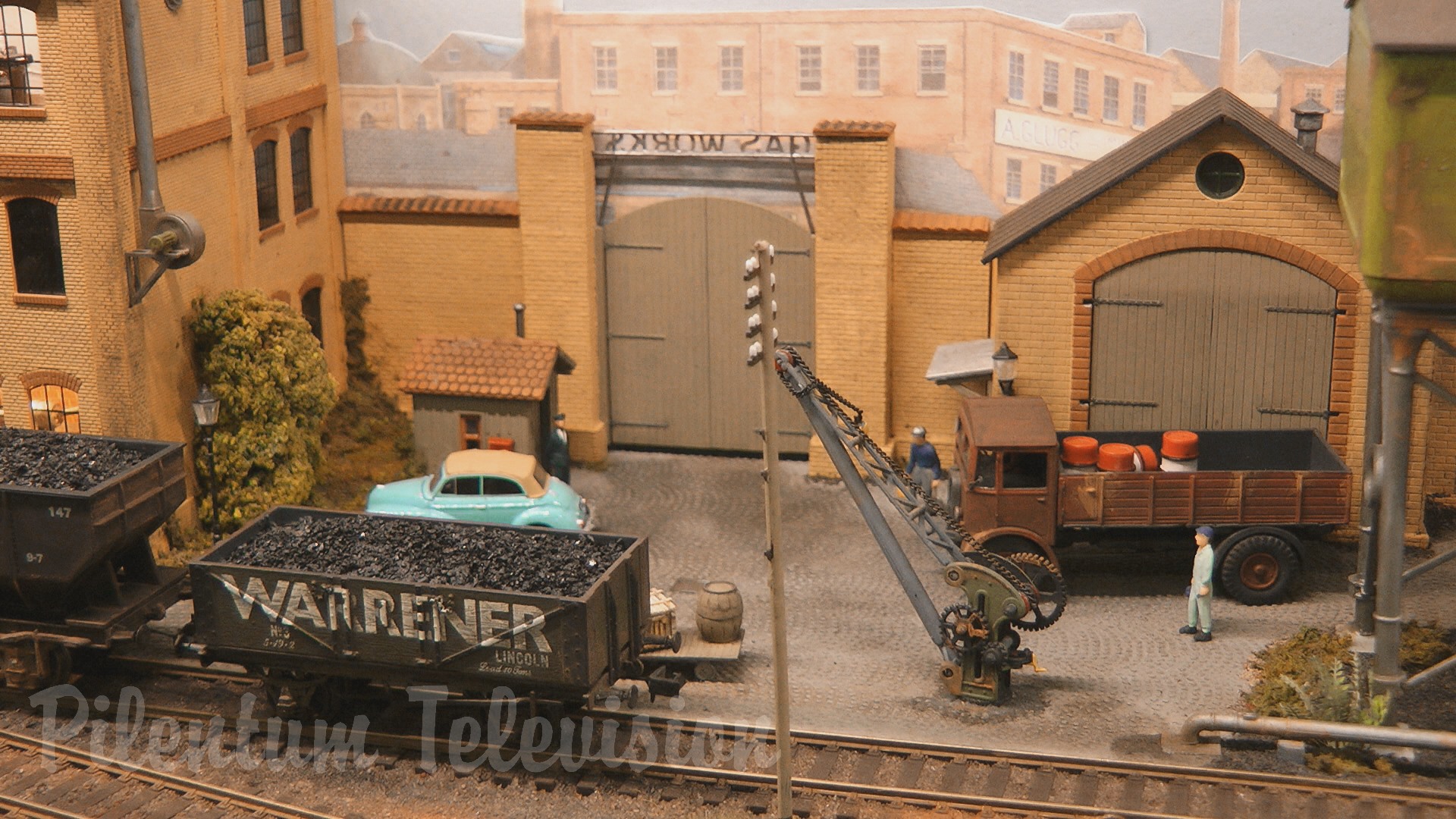 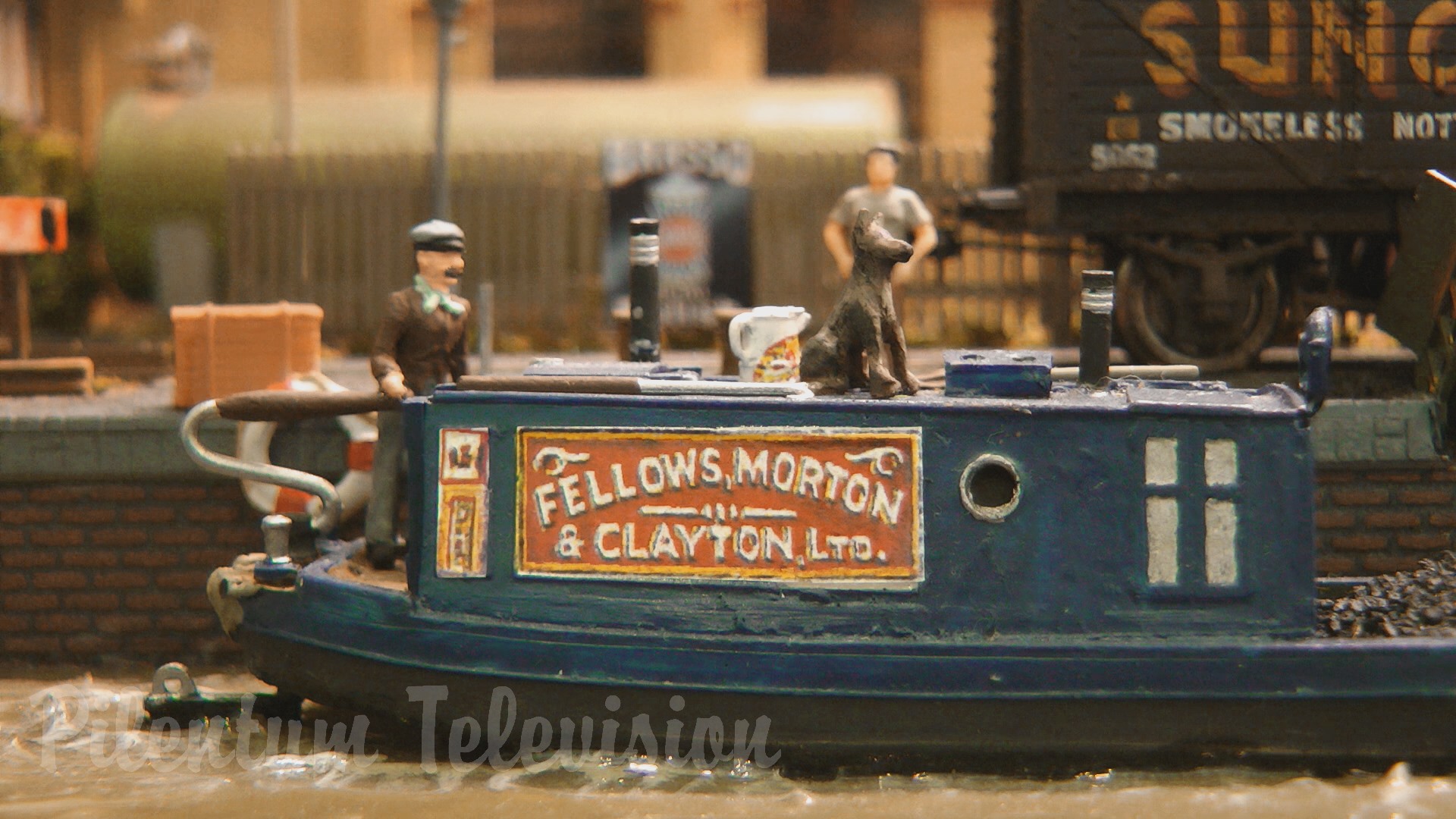 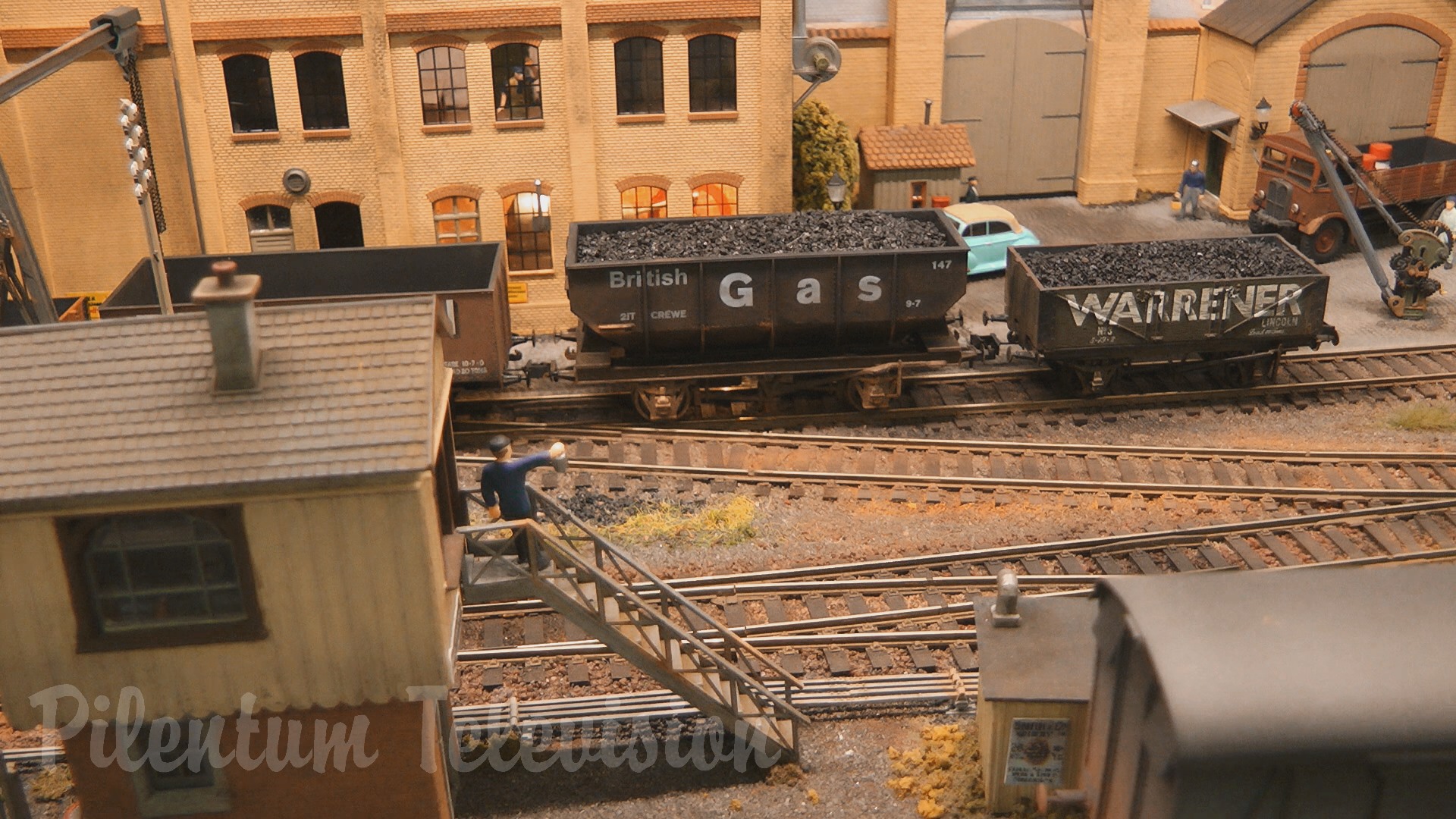 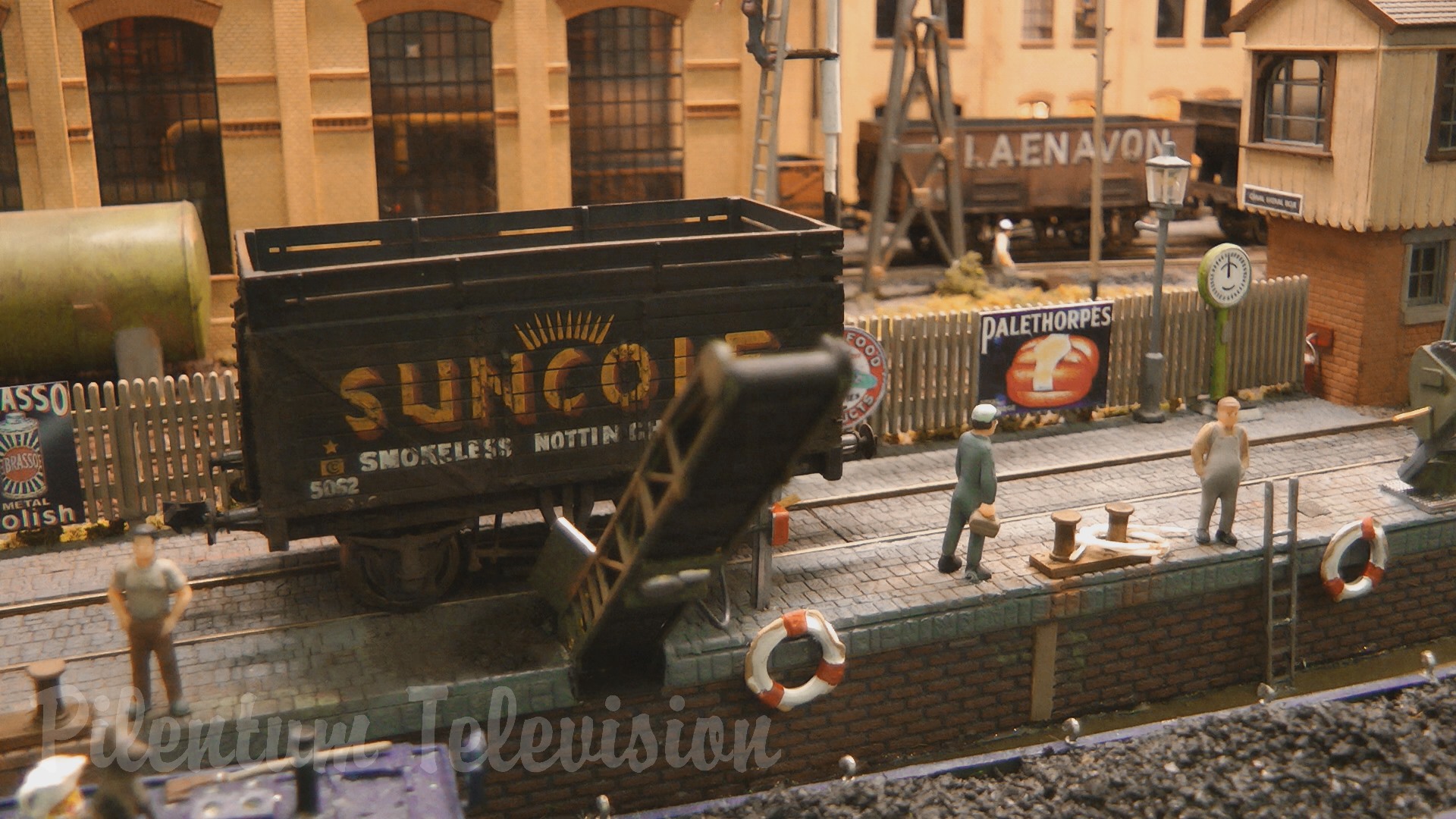 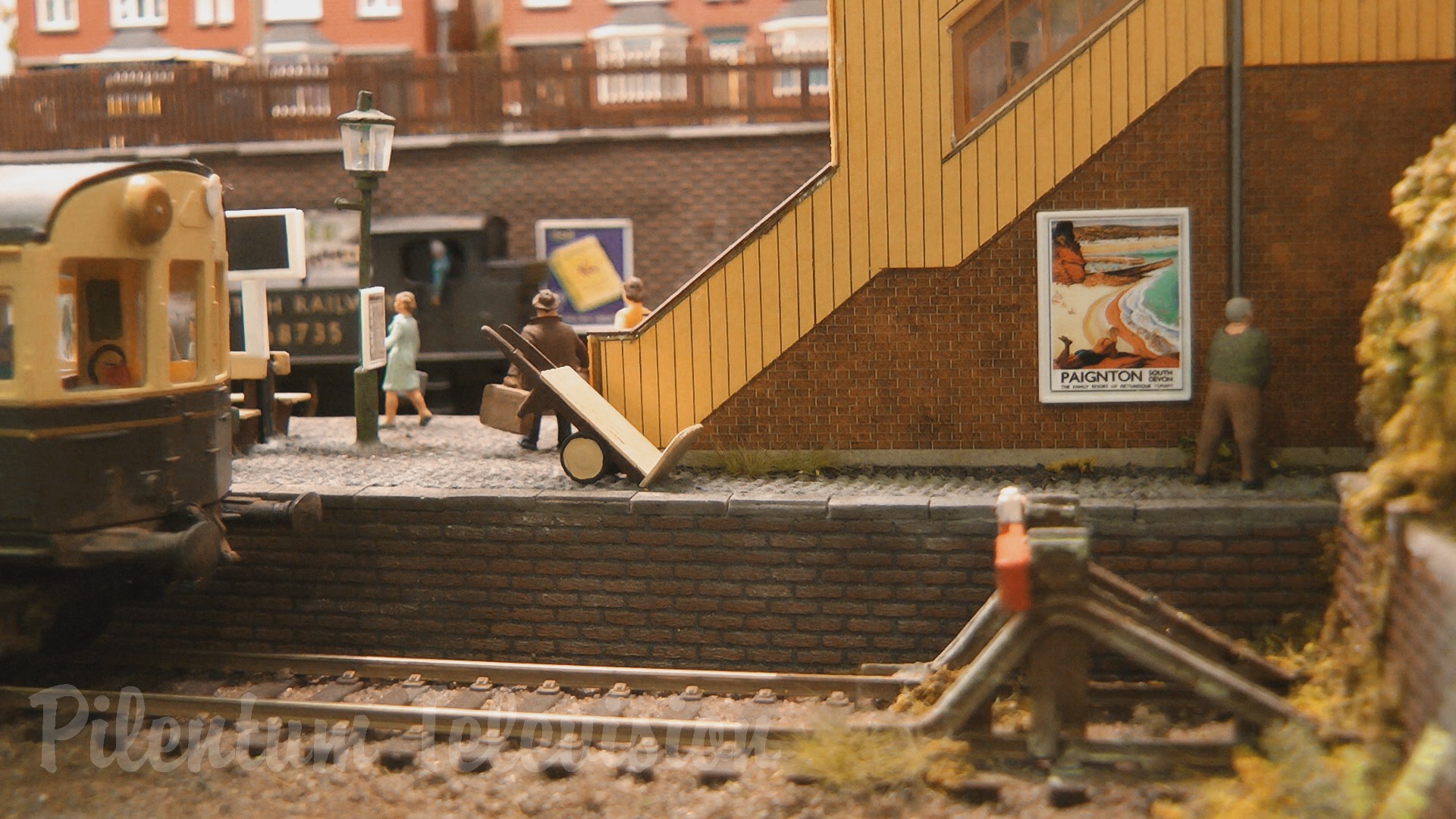 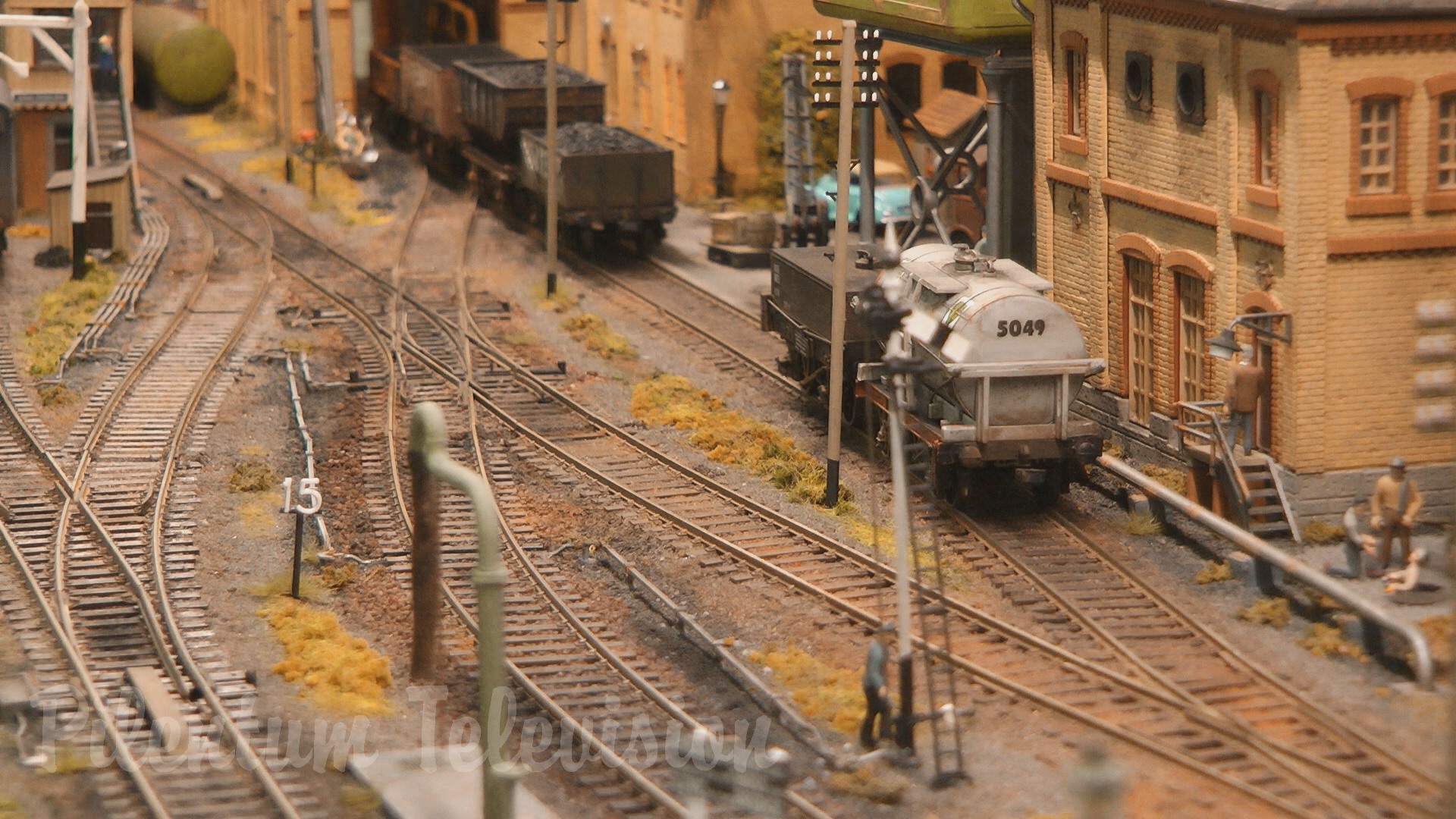