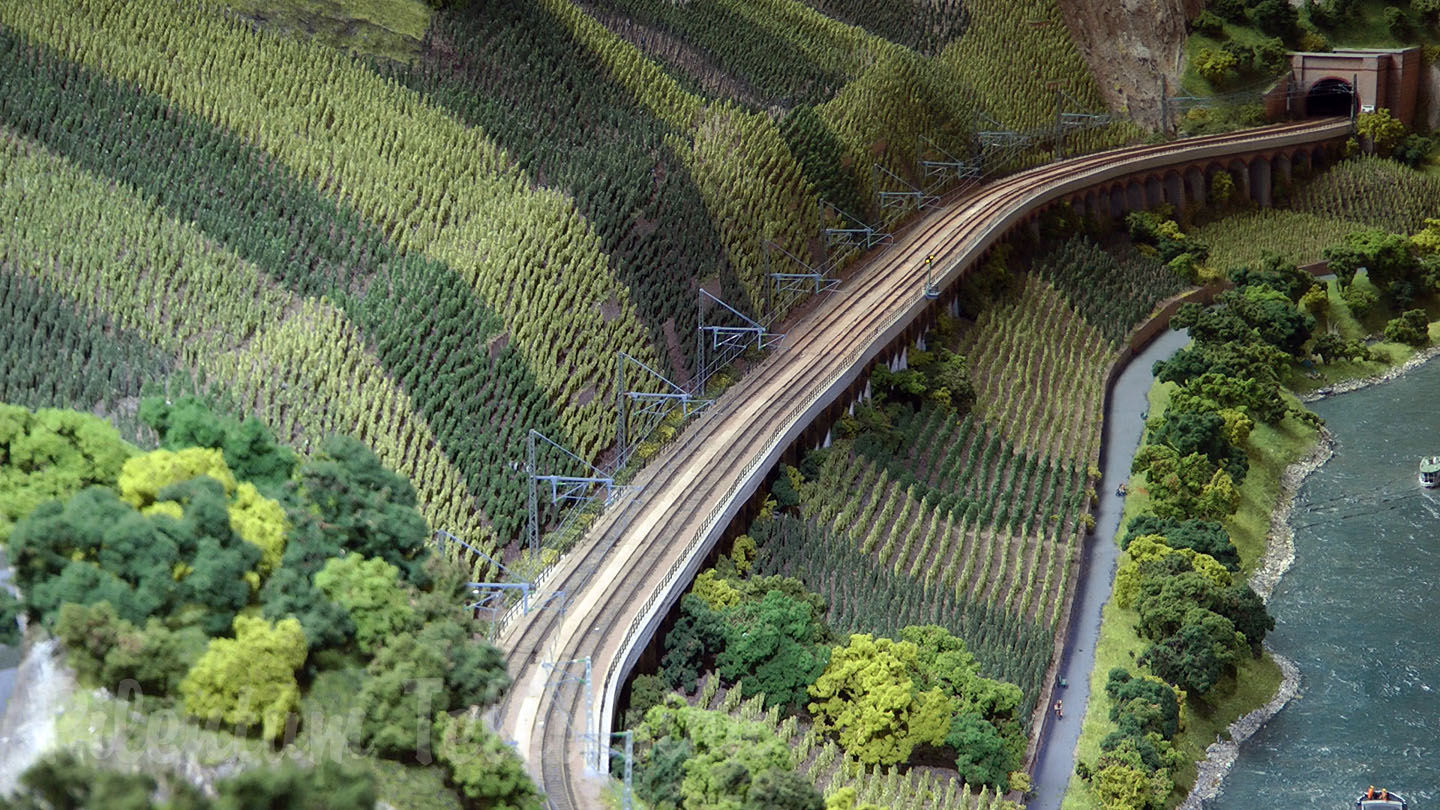 Model train manufacturer Fleischmann presented at the model railway exhibition in Utrecht a beautiful model railroad layout in N scale, which depicts the landscape on the river Moselle in Germany. The model in 1/160 scale is a replica of the German Koblenz-Trier Railway, located on the left (northern) bank of the river Moselle, connecting the cities of Koblenz and Trier. Trains are automatically controlled and shuttle on the two-track main line from the left side to the right side of the model railway layout every minute. 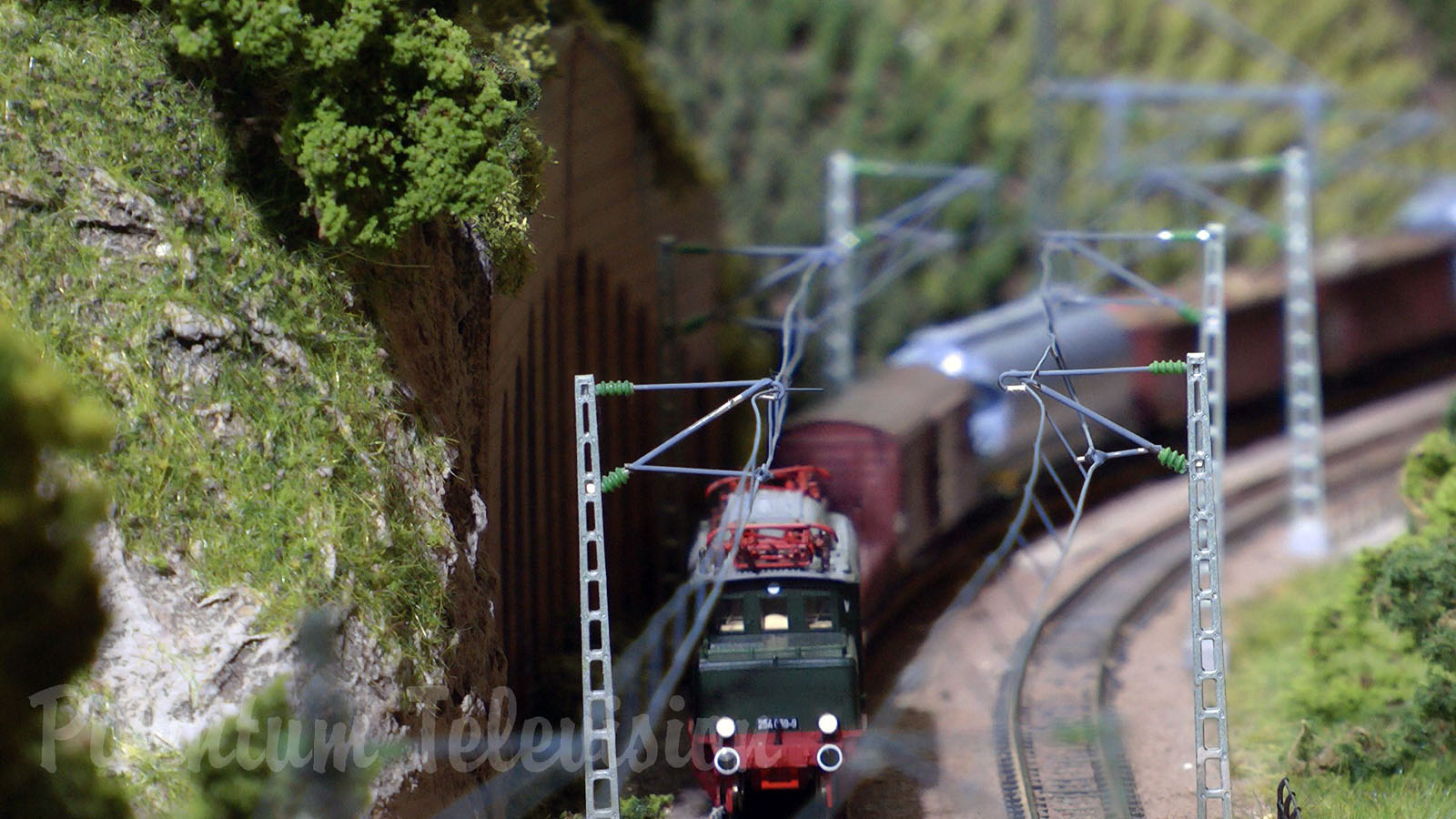 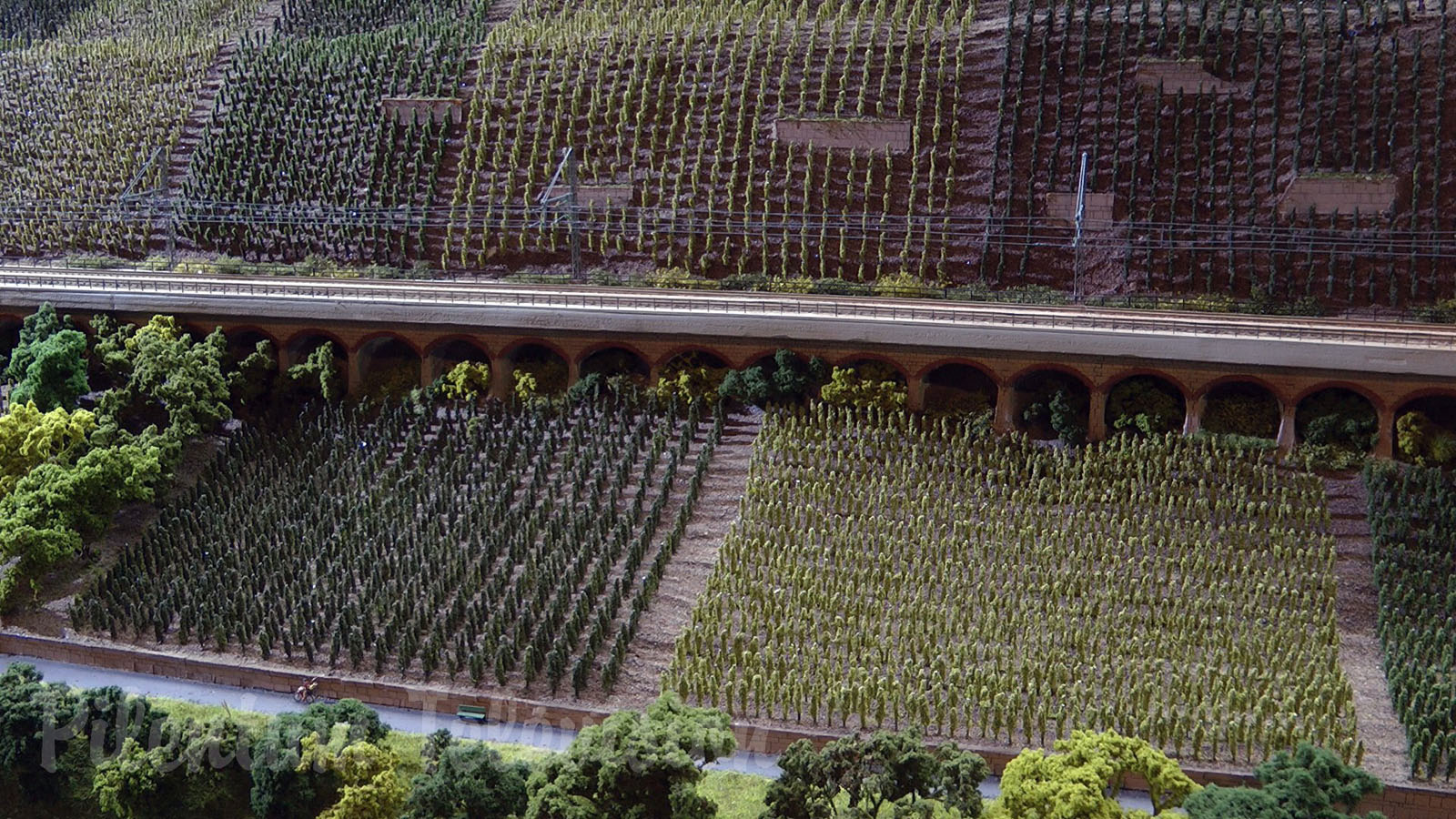 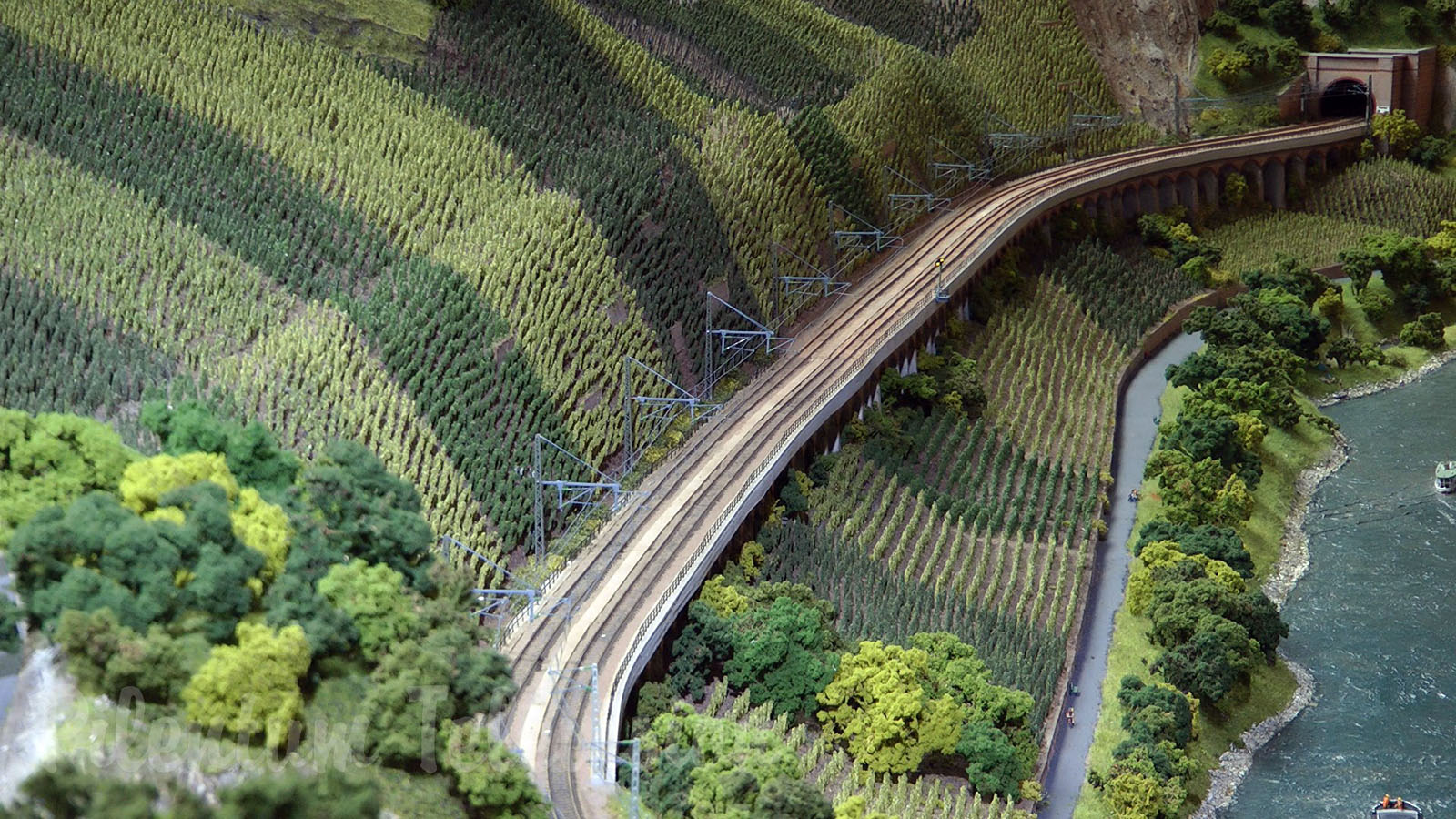 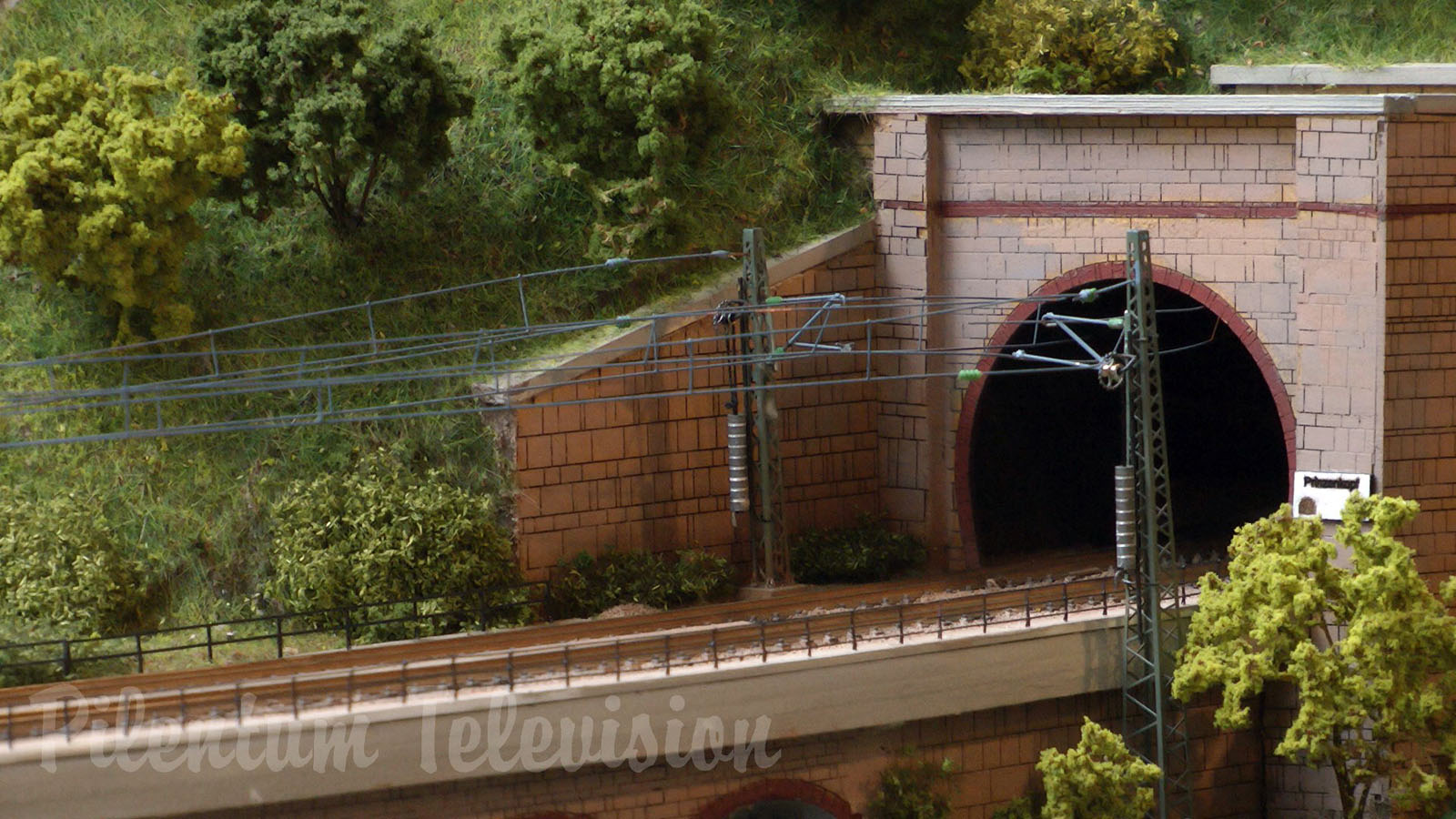 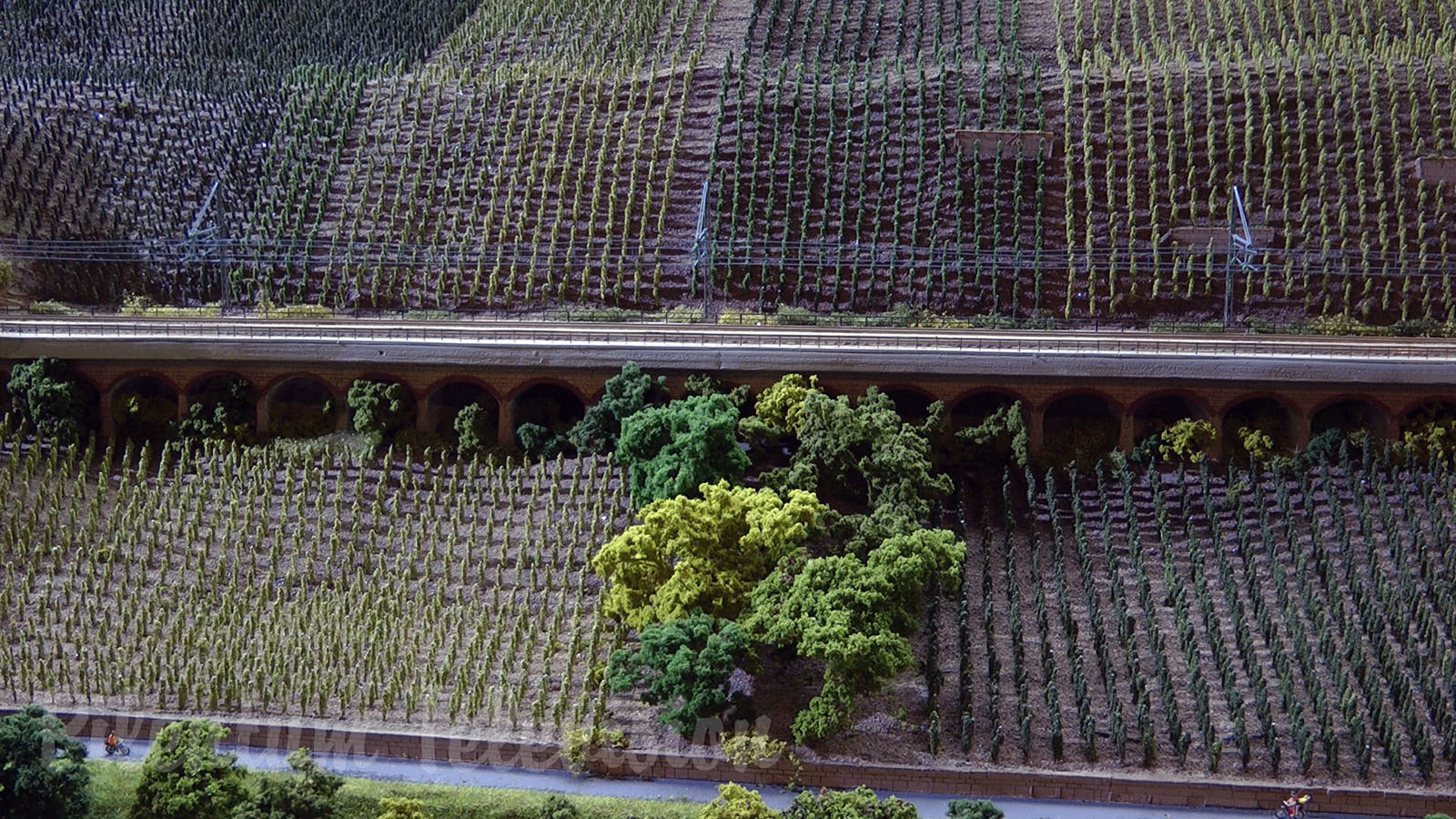 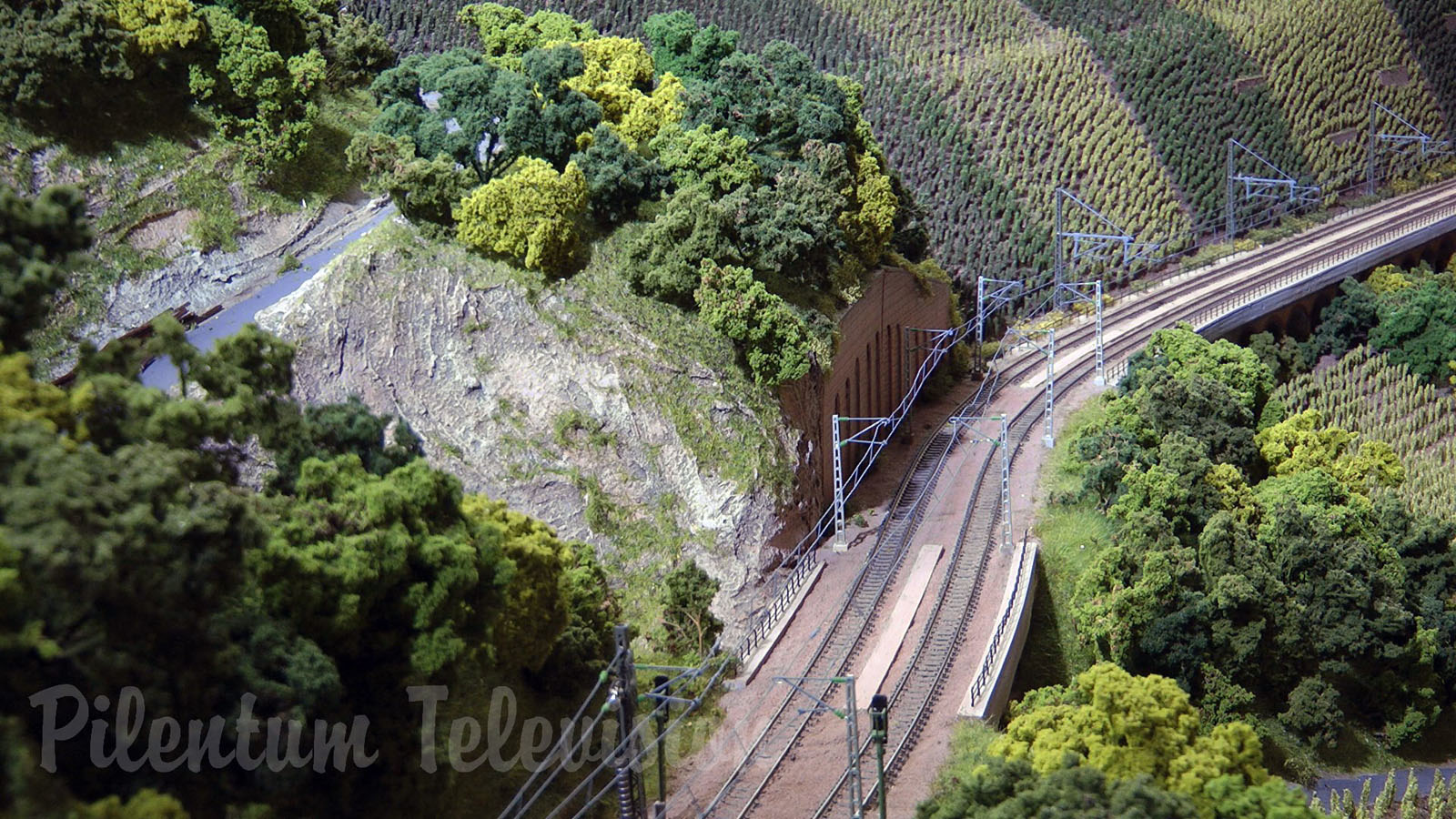 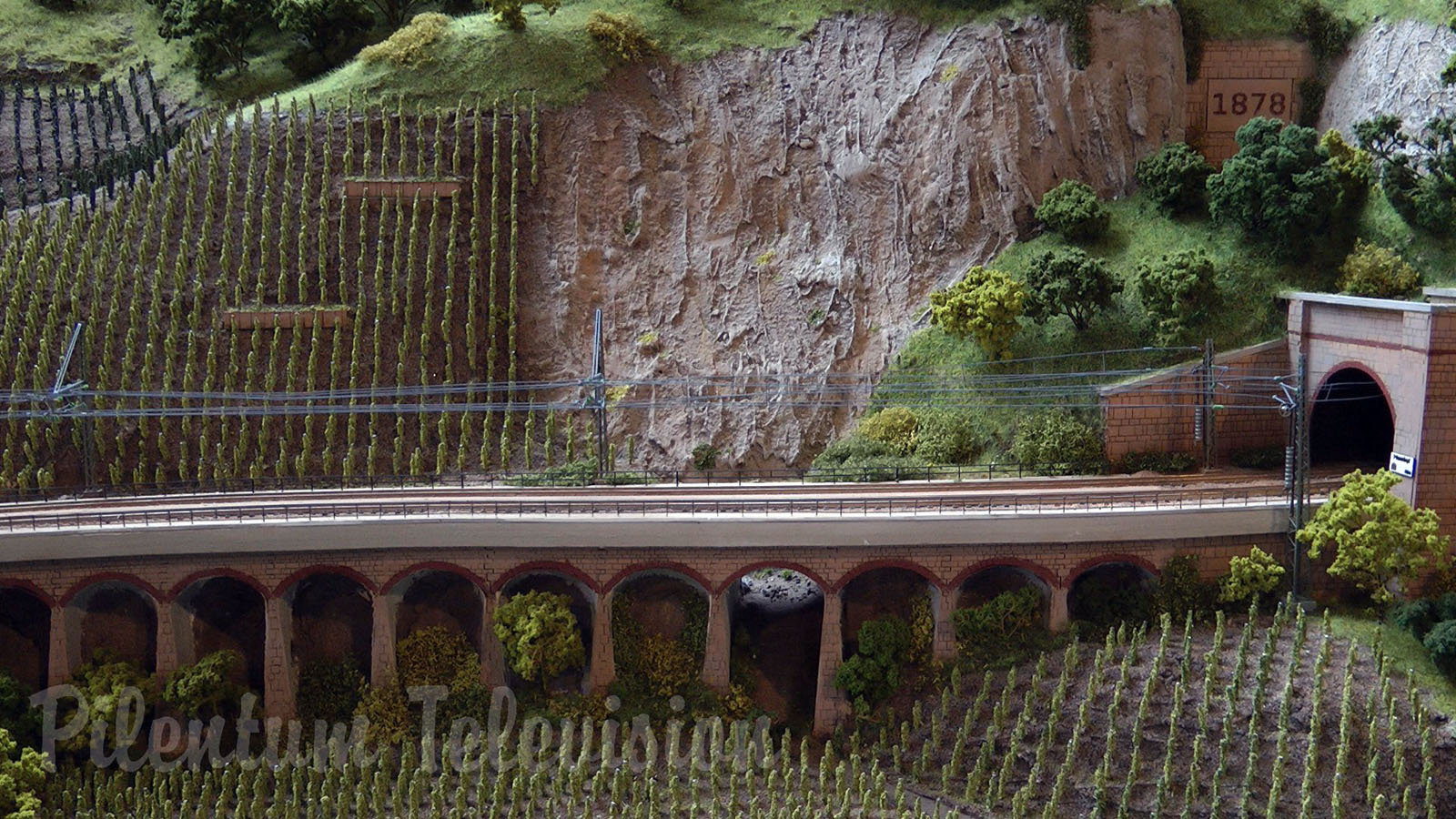