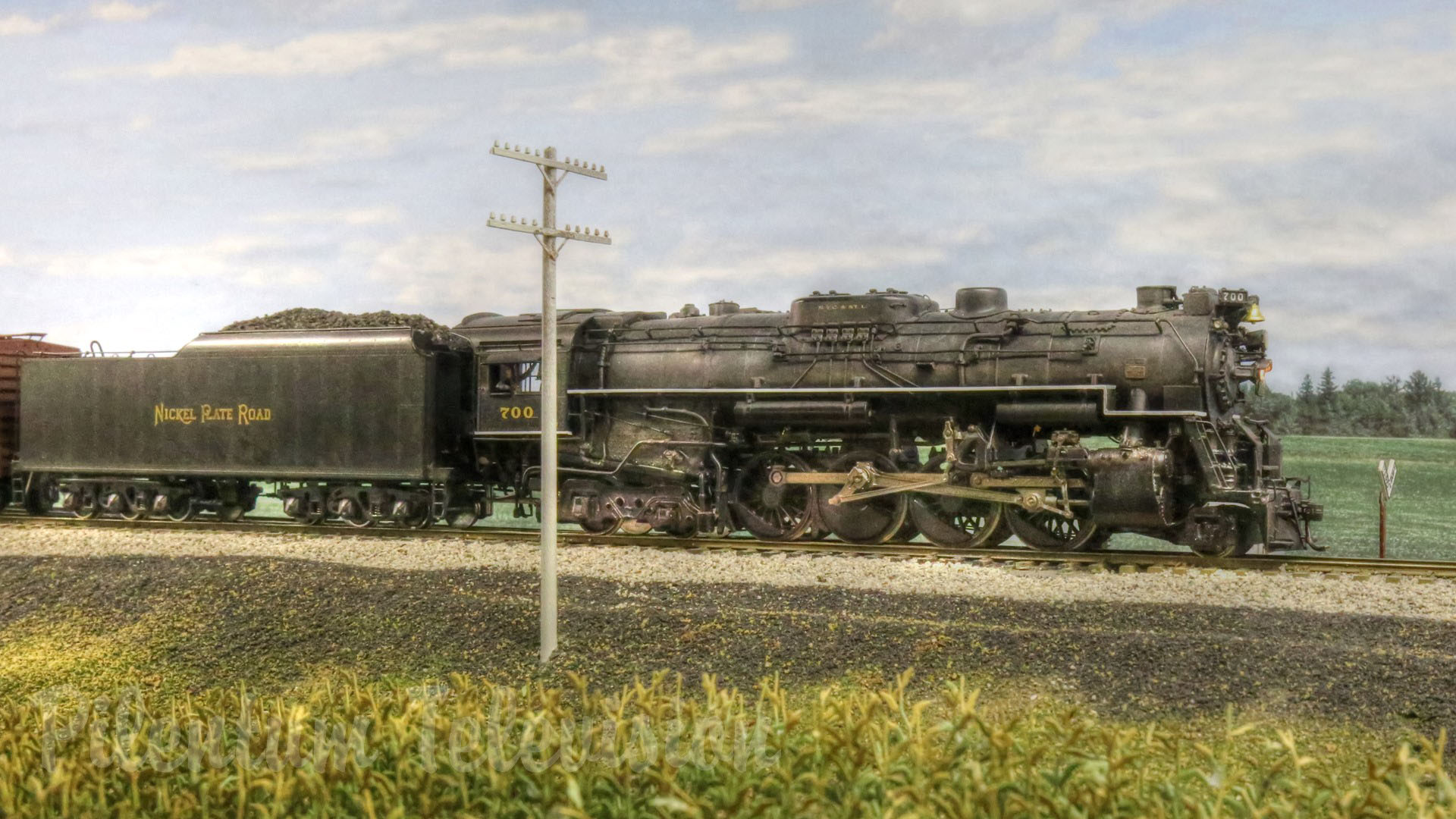 A great model railway or model railroad is Tony Koester’s amazing model train layout of the New York, Chicago & St. Louis Railroad Company (“Nickel Plate Road”). The original rail network was constructed in 1881 and operated in the United States of America. The famous Nickel Plate Road served a large area, including rail networks in the states of New York, Pennsylvania, Ohio, Indiana, Illinois and Missouri. In the last century, the Nickel Plate Road was enlarged by merging with other railway companies.

Such a large rail network, which covered more than 7,000 miles (11,000 km) of tracks and served 14 states and the Canadian province of Ontario, offers endless ideas for planning and building a model railway layout in HO scale. In the field of rail transport modeling, Tony Koester is a widely known Nickel Plate Road historian and model railroader. So Tony authentically created the “Third Sub-Division” of the St. Louis Division (Clover Leaf District) of the Nickel Plate Road. What makes Tony’s layout stand out even more is that it is as much of an artistic masterpiece as it is an operational and functional recreation of railroading history. The yardmaster, for example, uses realistic road rules for all his operations.

Please note, this video footage was made by Forrest Nace. Forrest is a professional model railroad videographer and photographer from the United States and he provided Pilentum Television with some exquisite video footage. Forrest made a documentary of 2 hours and 40 minutes about Tony Koester’s Nickel Plate Road that includes complete operation of the entire model railroad, interviews, how to segments, panoramic overviews, layout staging, and crew duties during an operating session, which is available at https://www.nacesvideography.com. In this YouTube video we see some short video sequences from his documentary. 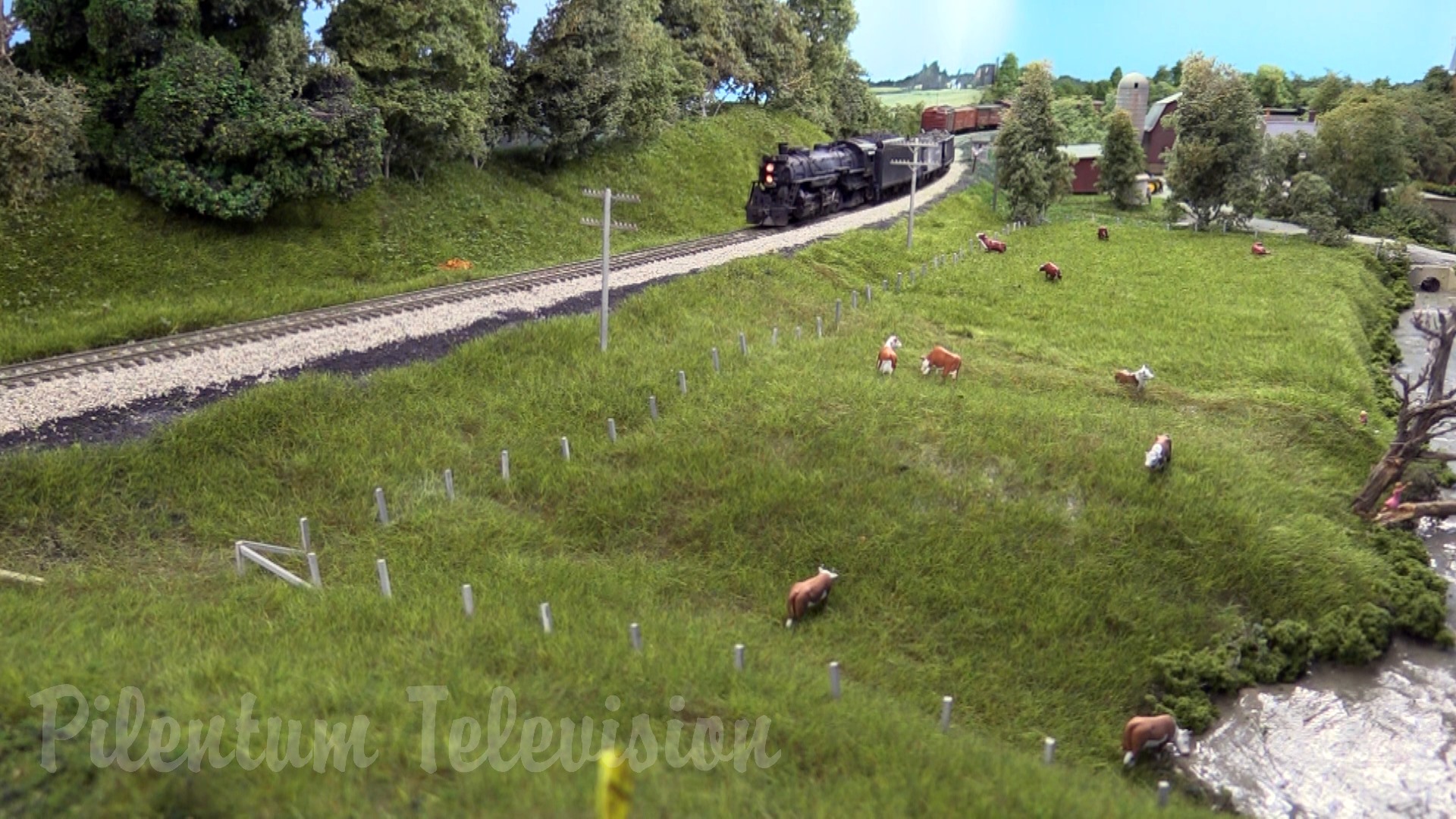 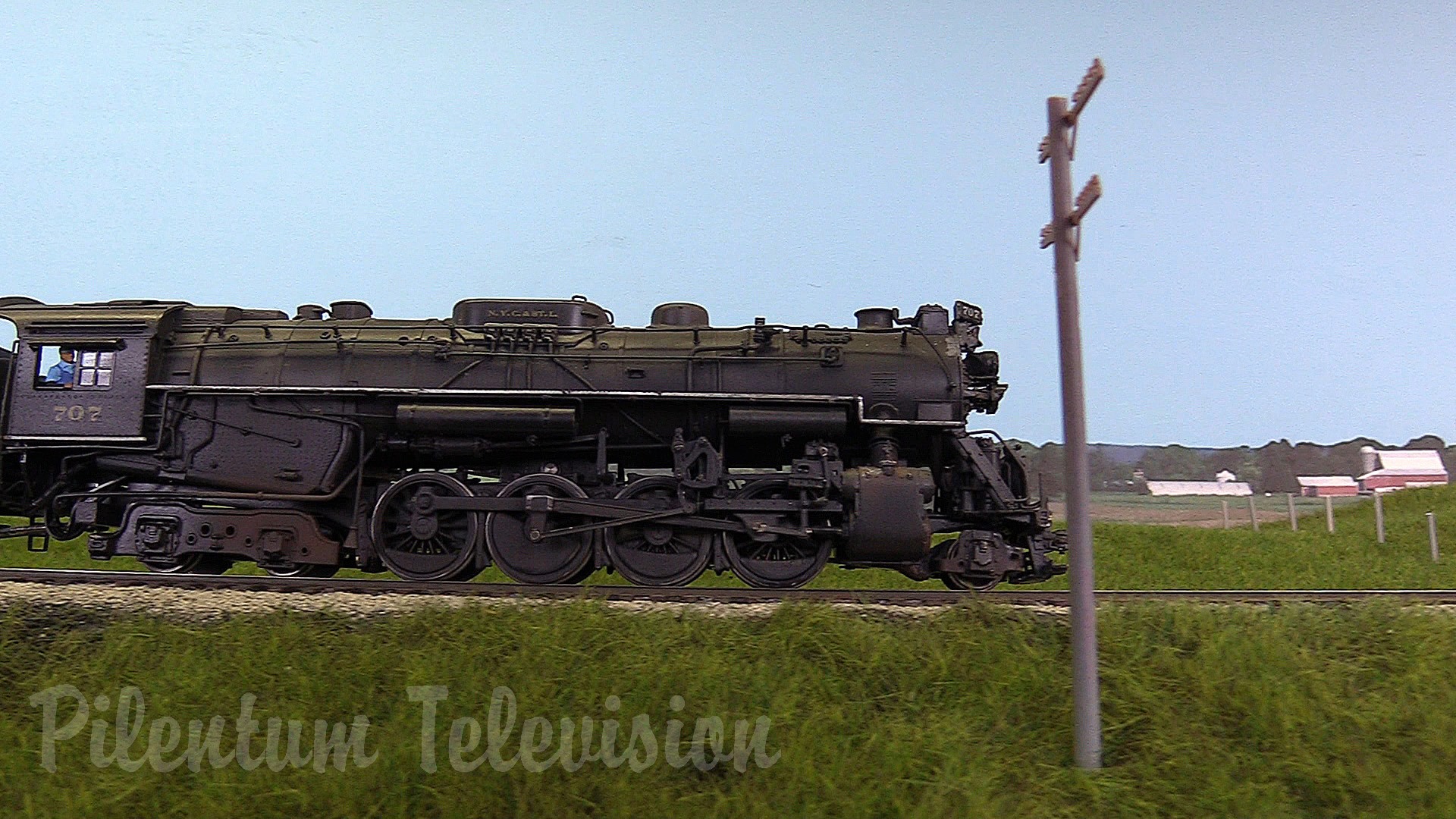 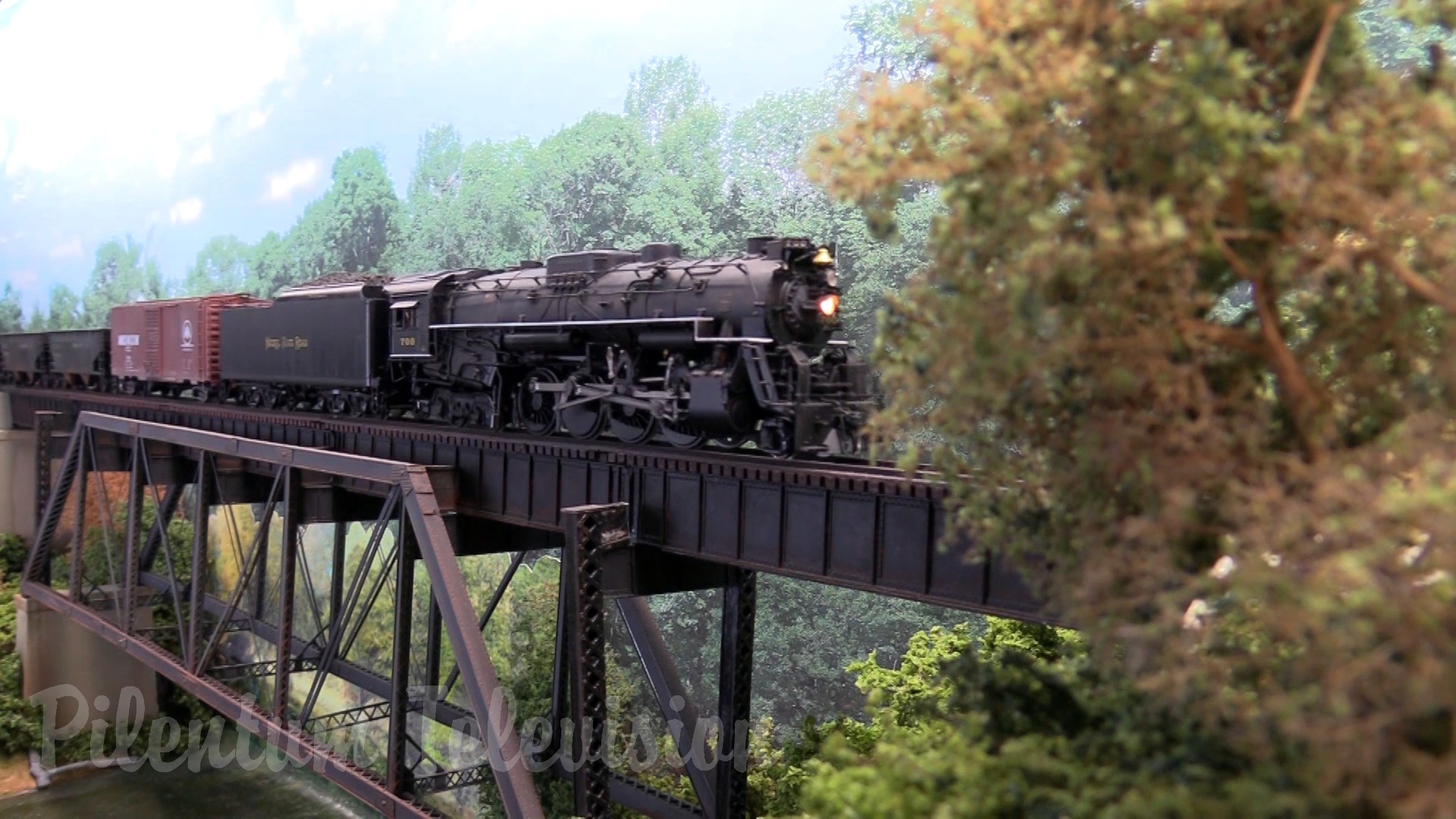 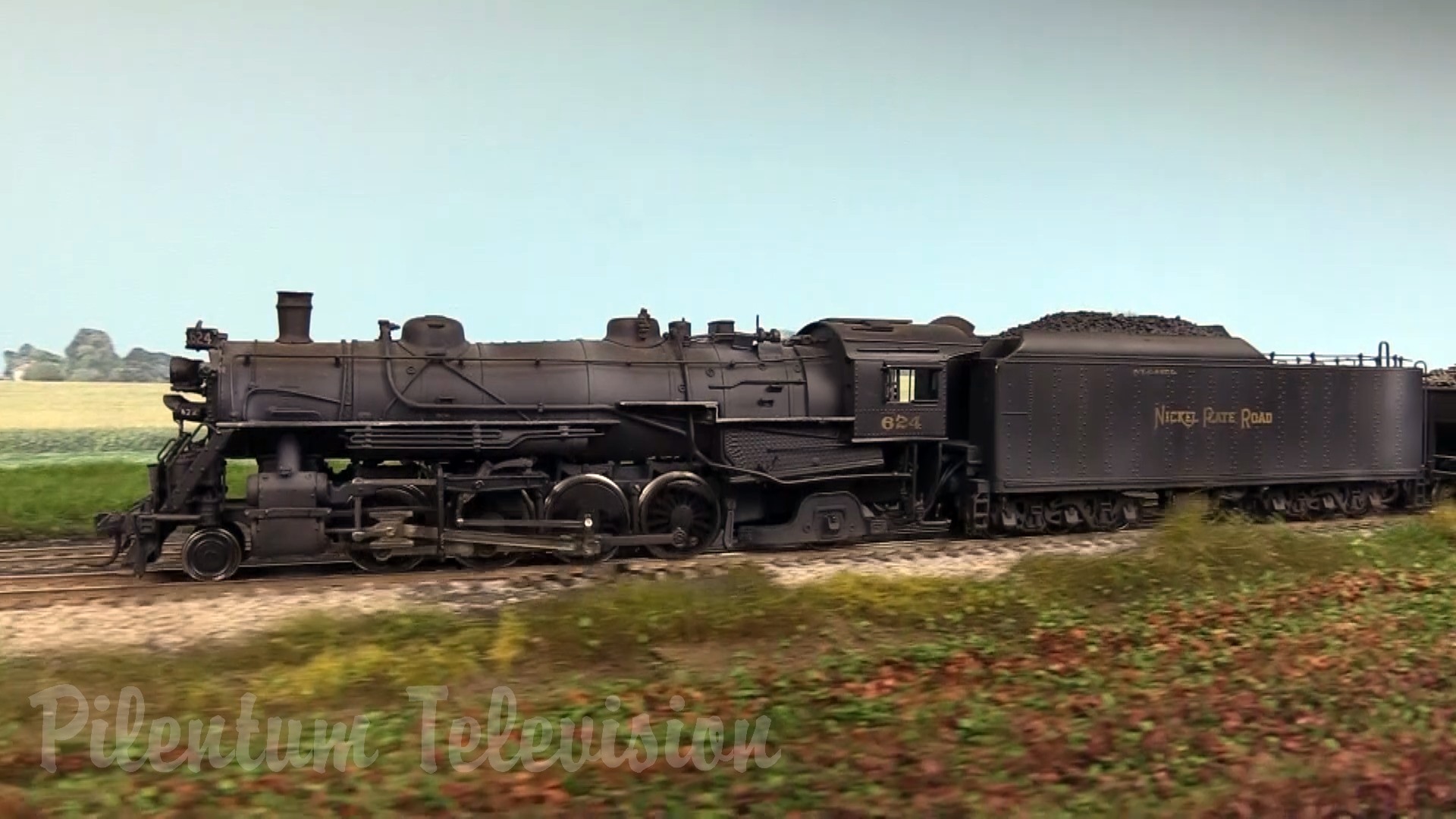 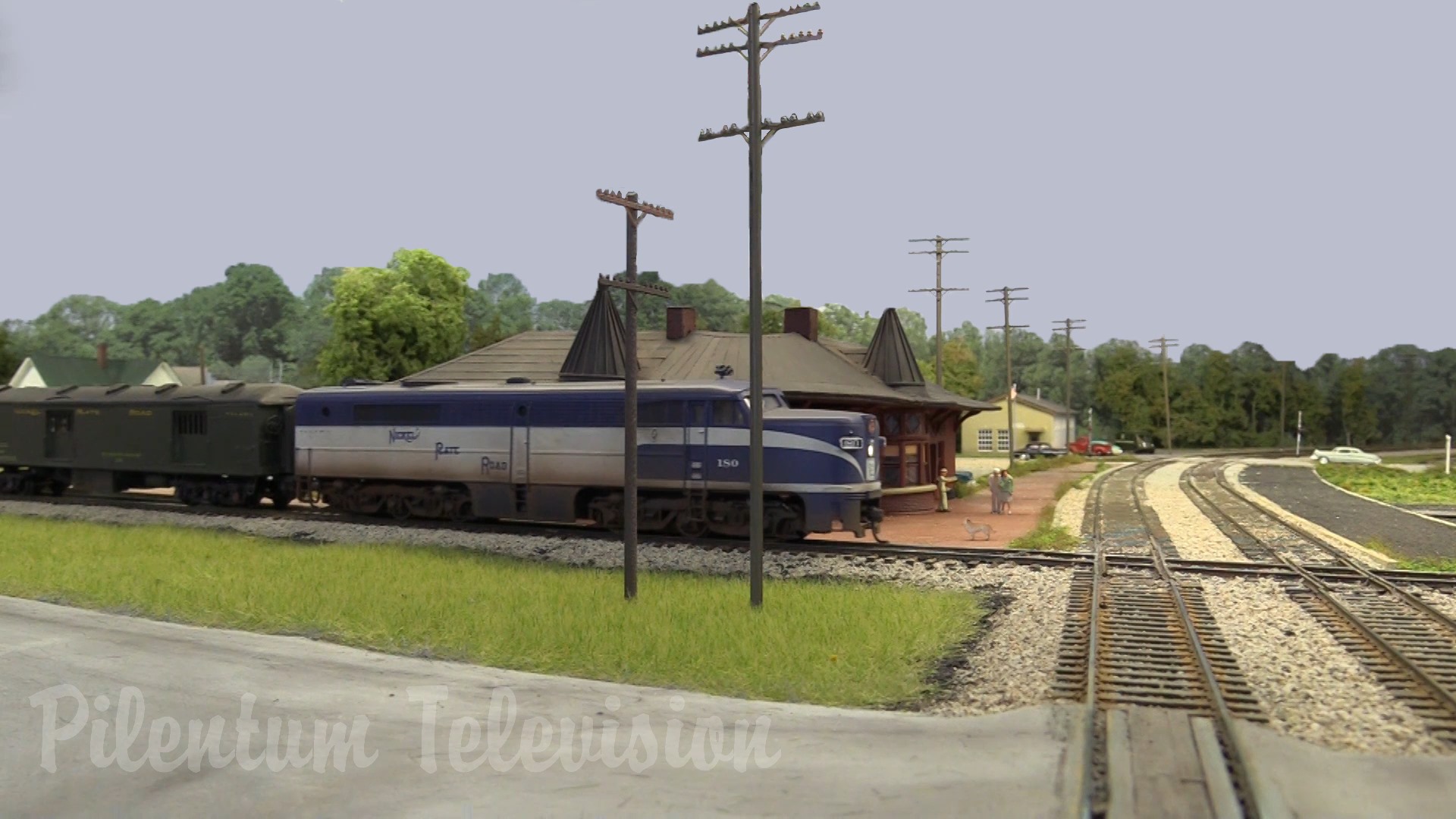 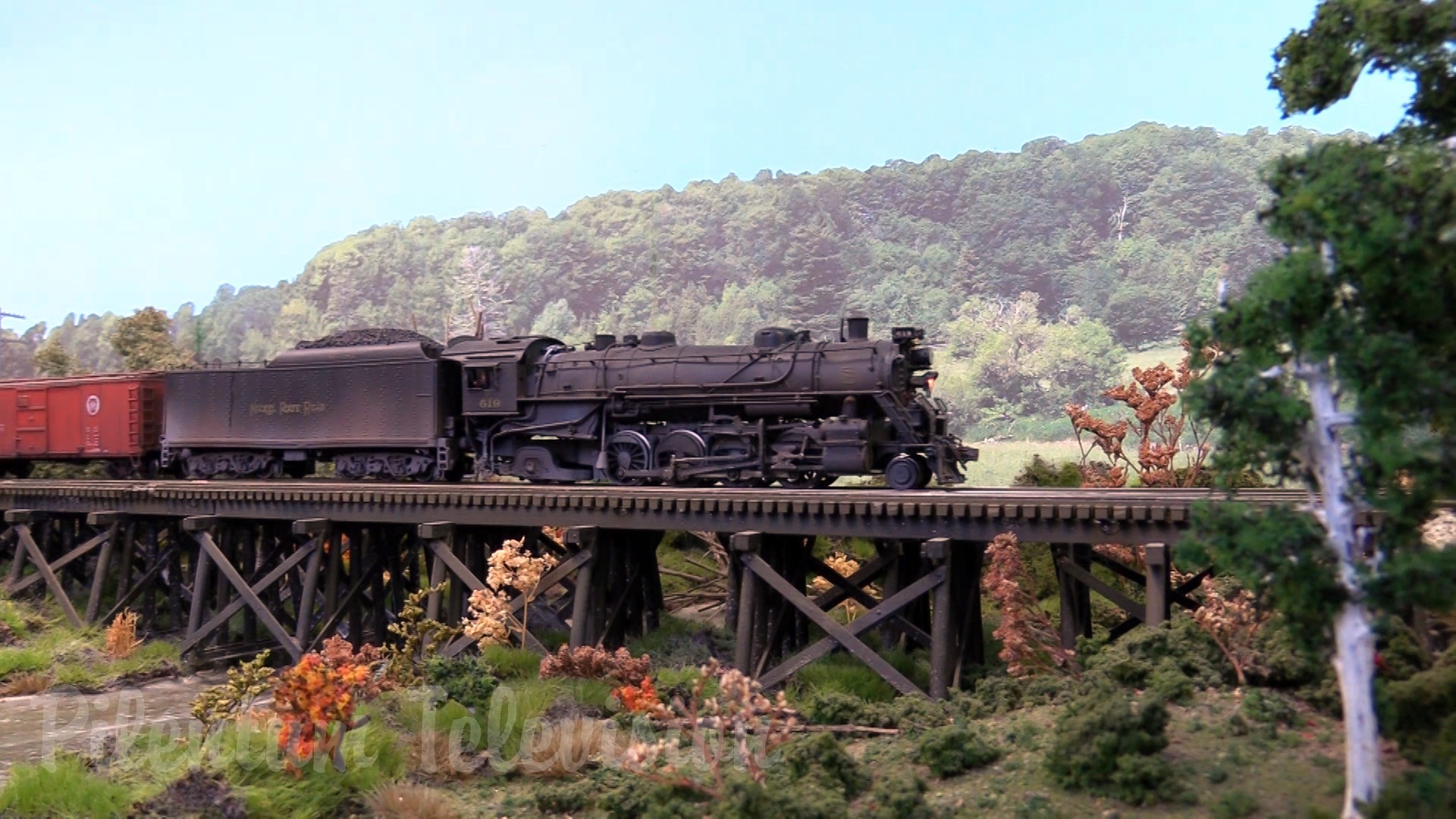 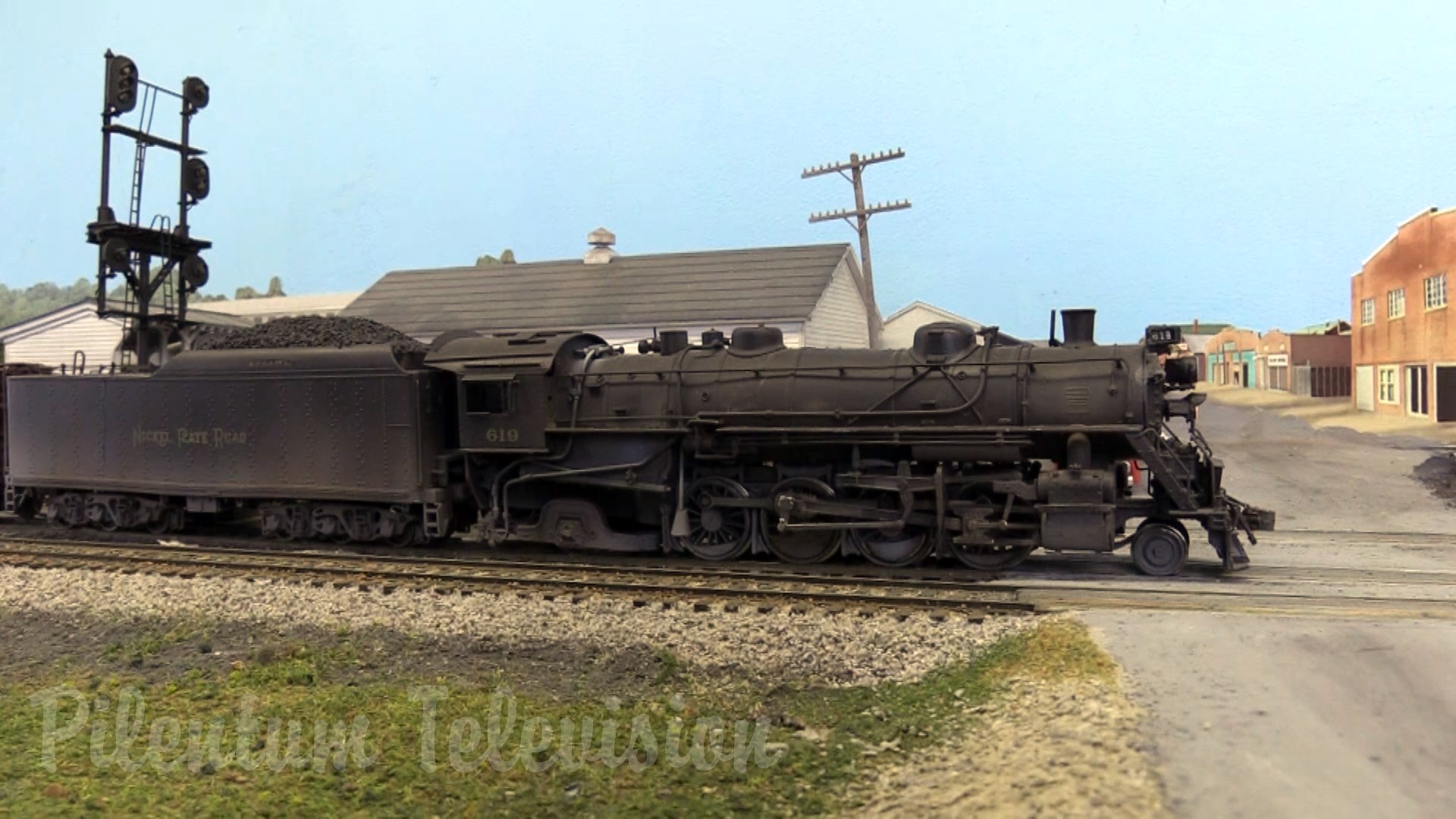 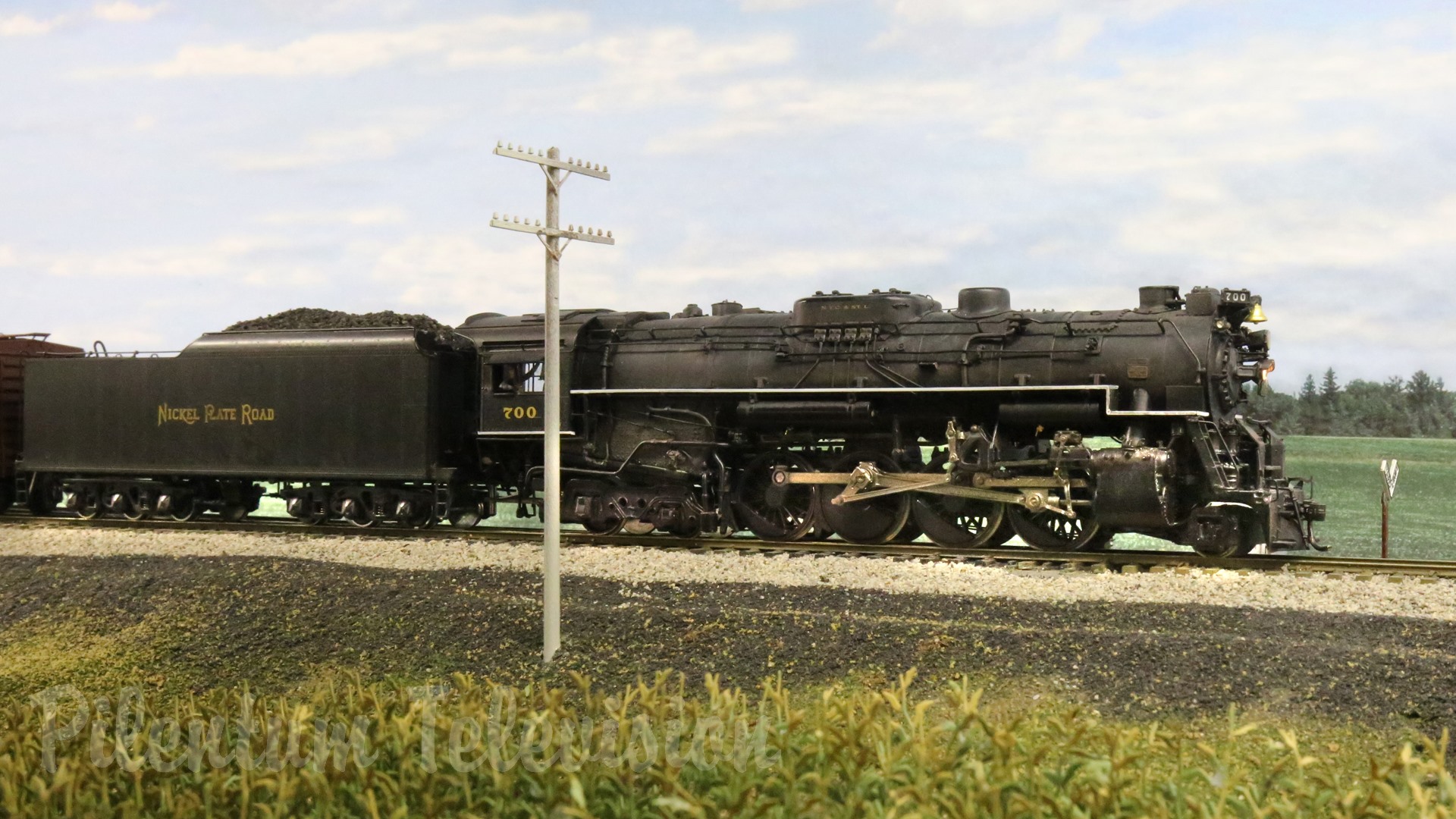