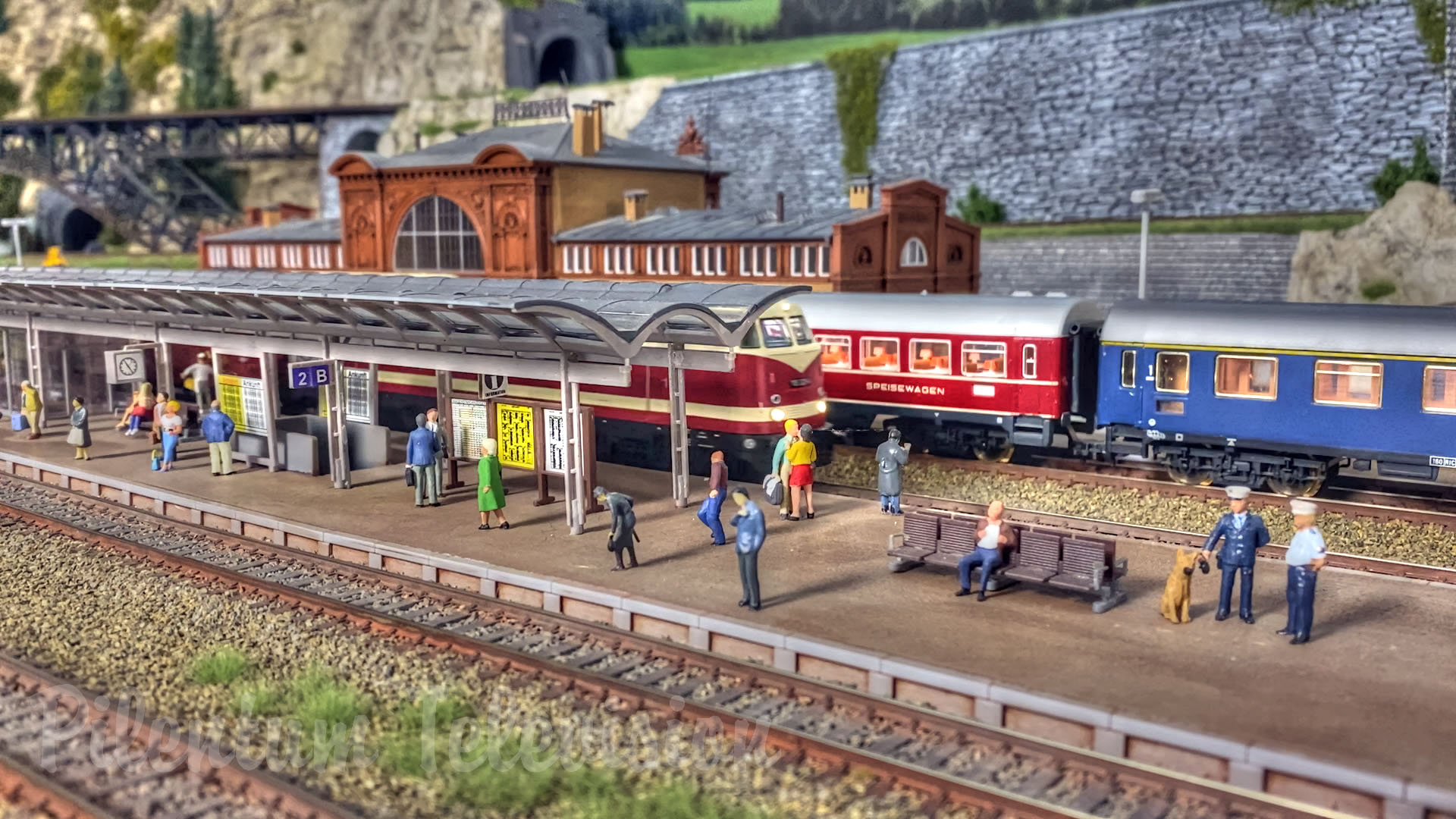 This rail transport modeling video is dedicated to those who just want to see a lot of model trains running on a superb model railway layout. Apart from steam engines and diesel locomotives, there are also those beloved miniature vehicles, known as the Faller Car System. We are going to discover the model railroad layout that was built by Marek Zavadil from the Czech Republic.

Marek is a great enthusiast of DB (German Federal Railway), ÖBB (Austrian Federal Railways) and SBB (Swiss Federal Railways). Therefore, train sets of these railroad companies mainly operate on his German-themed layout. The digitally controlled HO scale layout is 5.0 meters x 1.8 meters in size. Approximately 90 meters of track and rails and 28 switches or points are in use.

Trains have to climb an enormous gradient in this miniature world: Model trains start from a fiddle yard below the landscape. Then trains run from a level of 0.0 meters through tunnels and over bridges up to a level of 0.6 meters during a travel time of five minutes. Marek is very proud of his Faller Car System. So far he has only a few cars because the roads and streets are still under construction. But it is a great pleasure already to see these small trucks, delivery vans and buses.

The entire model railway layout is to be expanded even further. Marek Zavadil is in the process of building a complete overhead line, also known as catenary. There will be light signals and lots of accessories in the future. 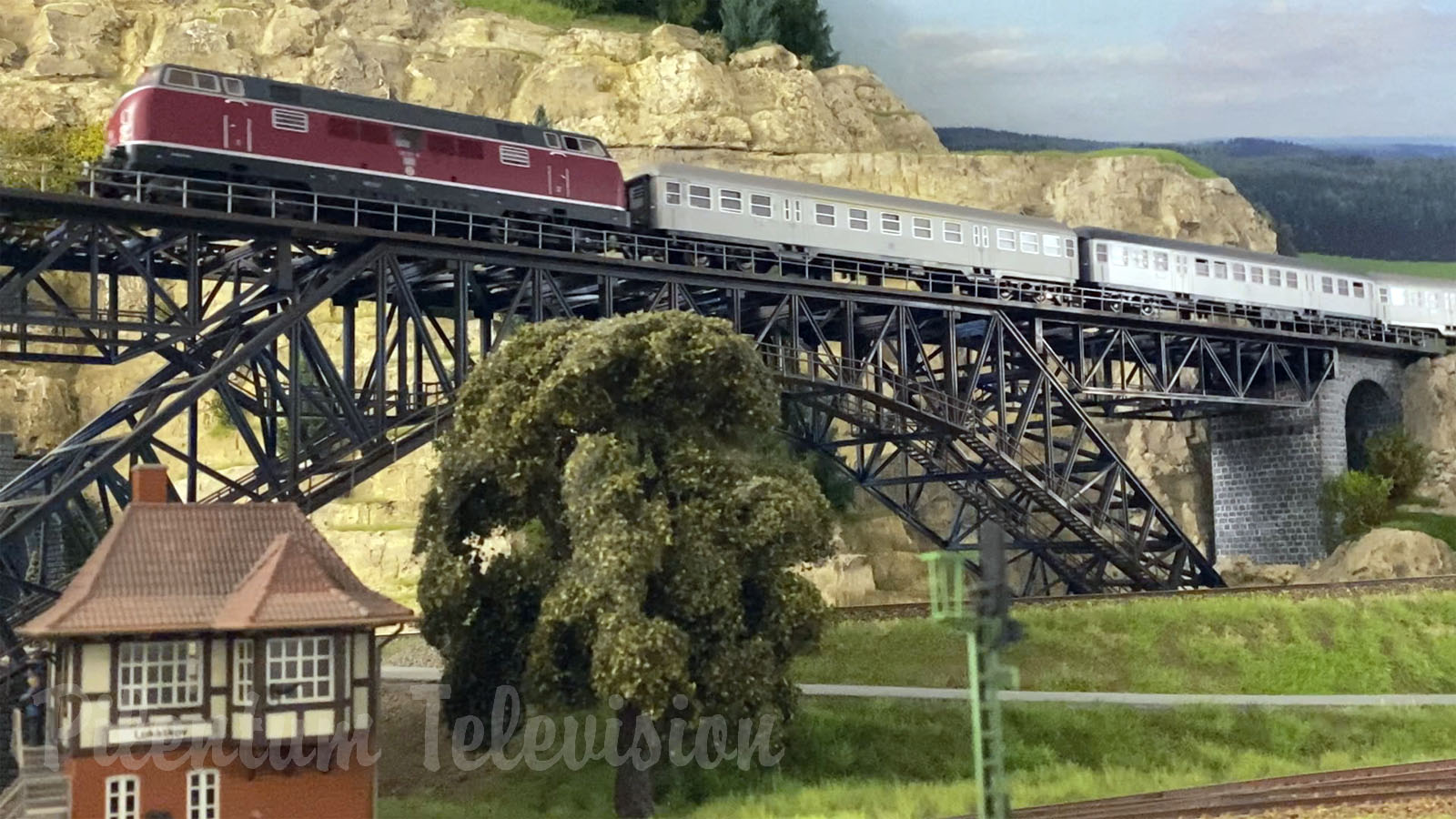 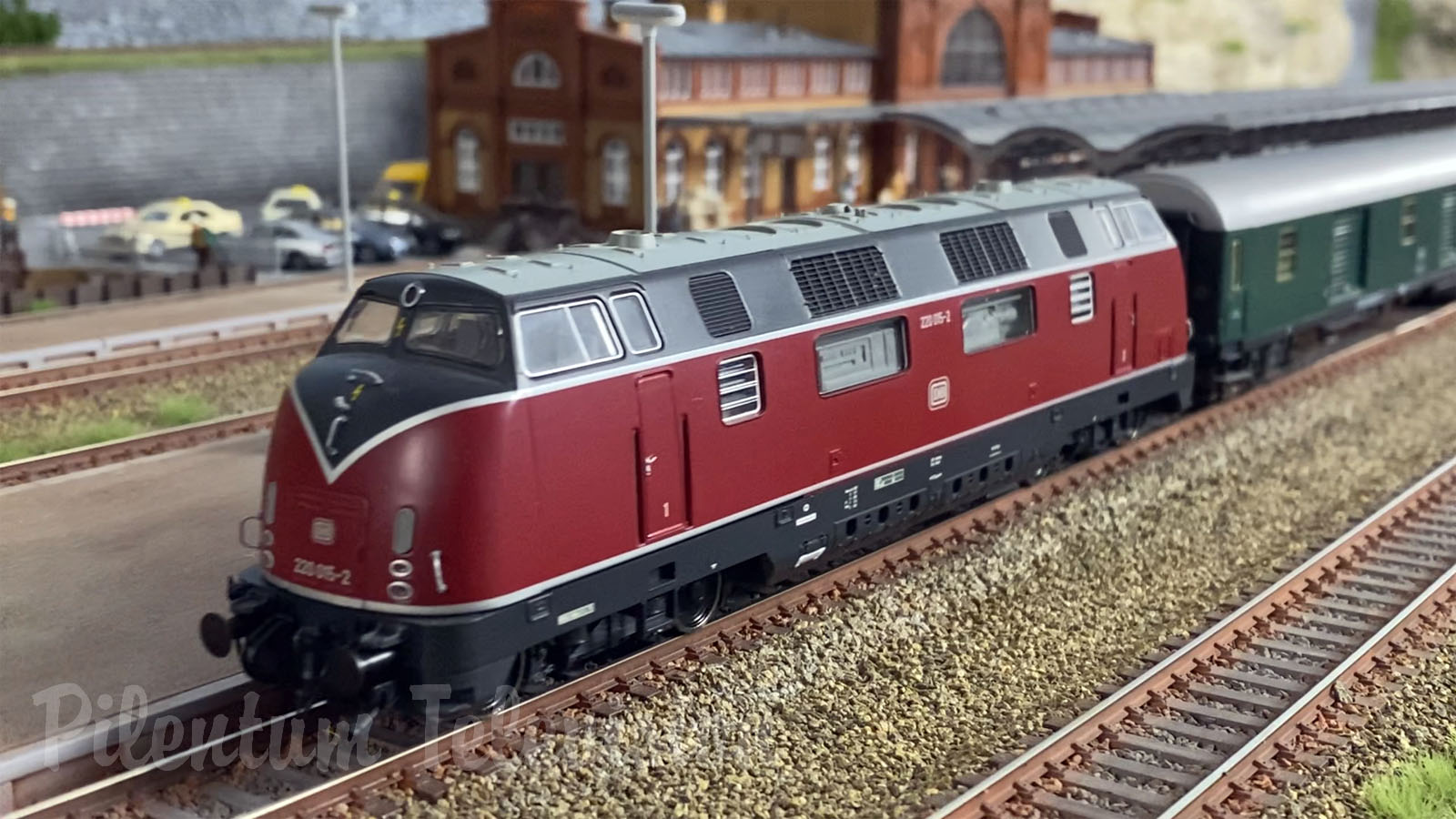 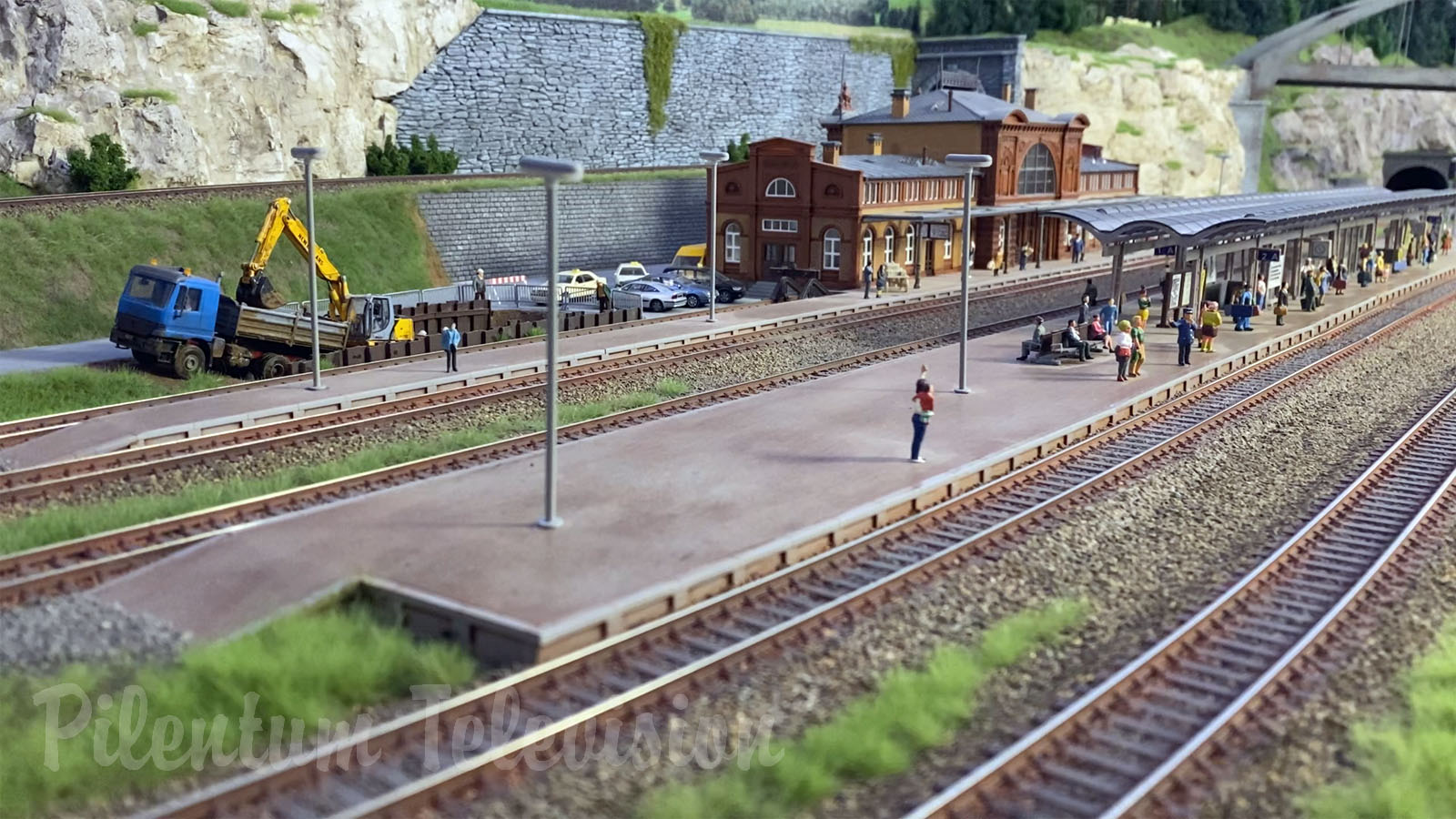 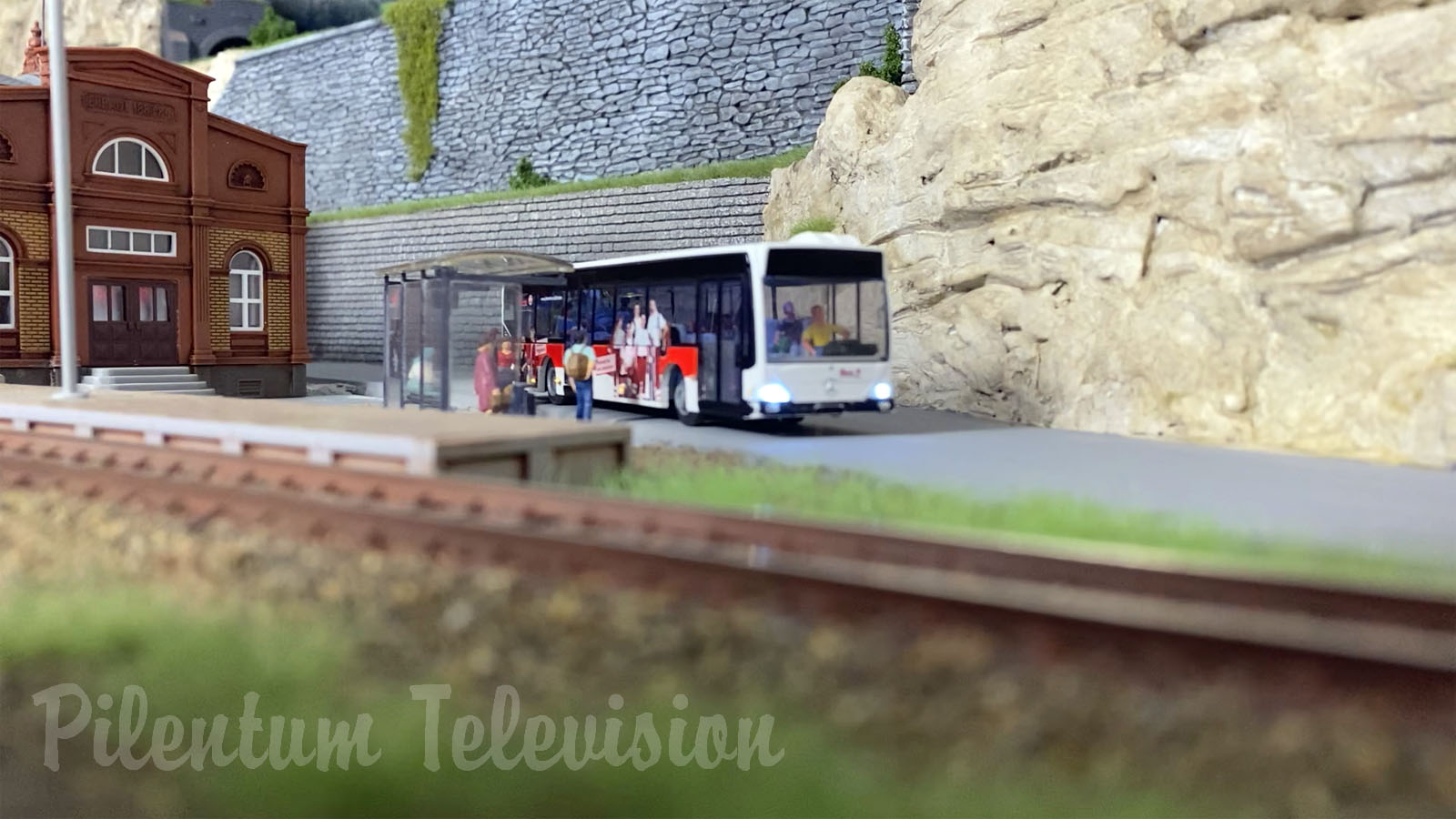 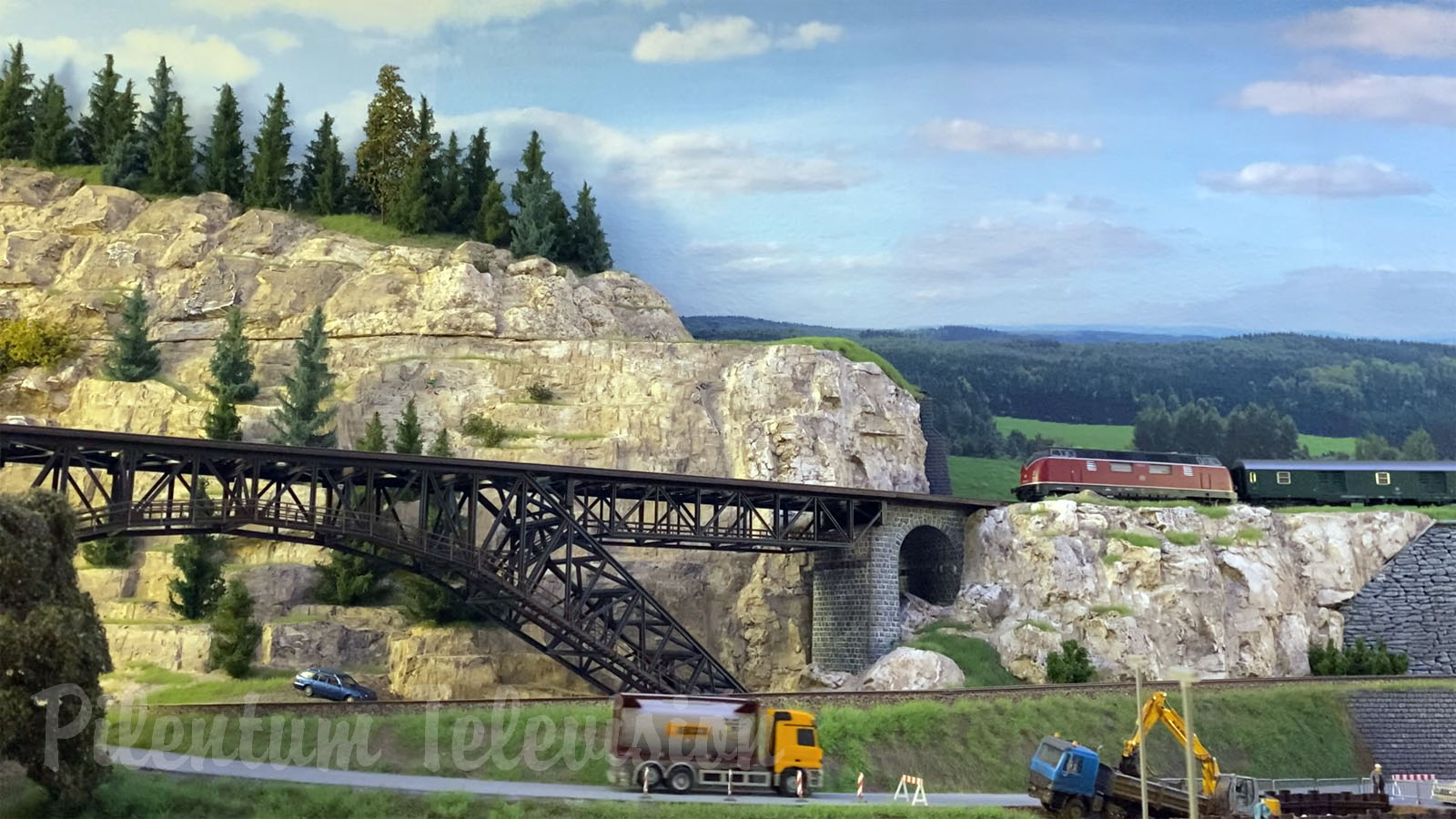 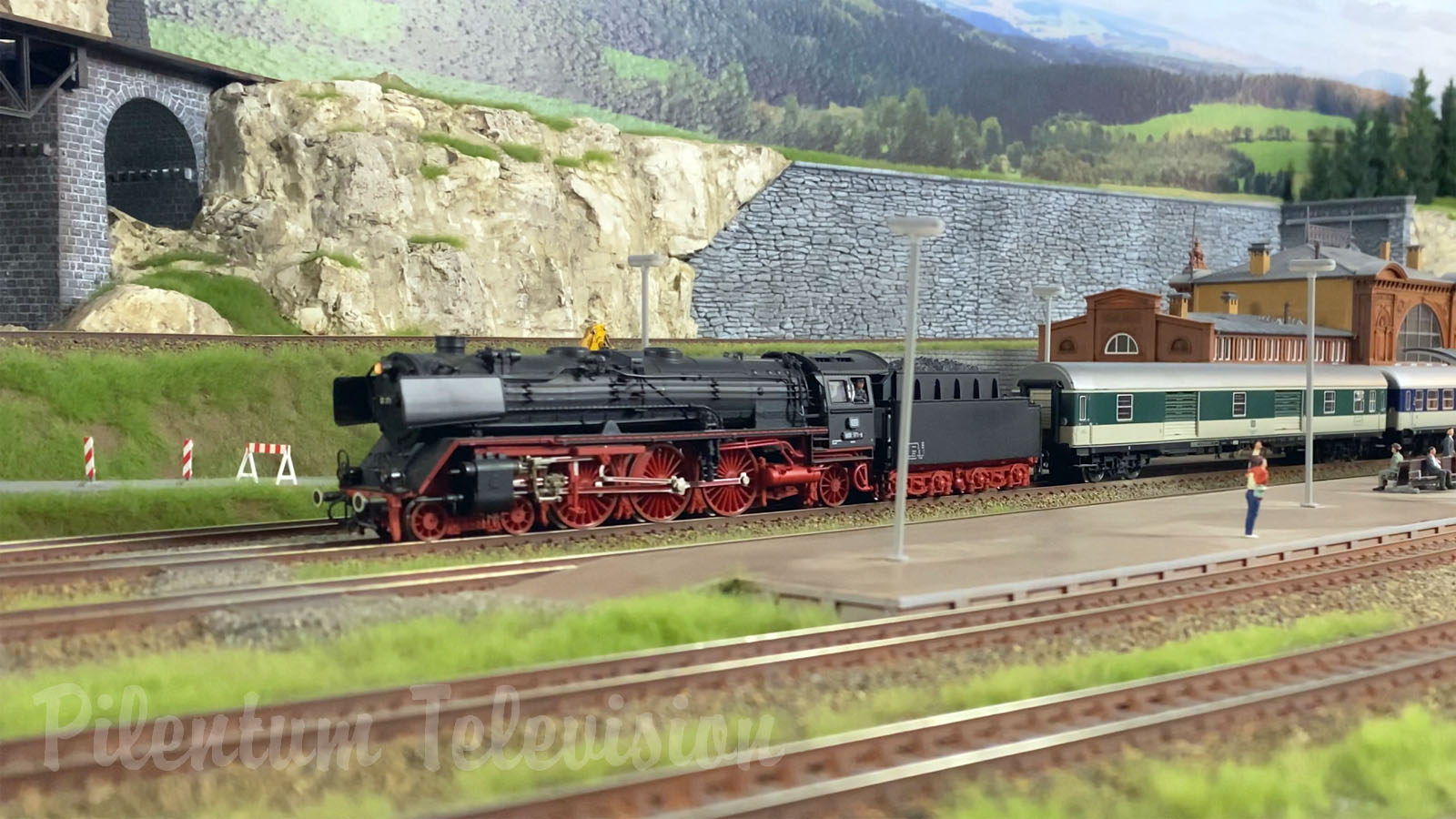 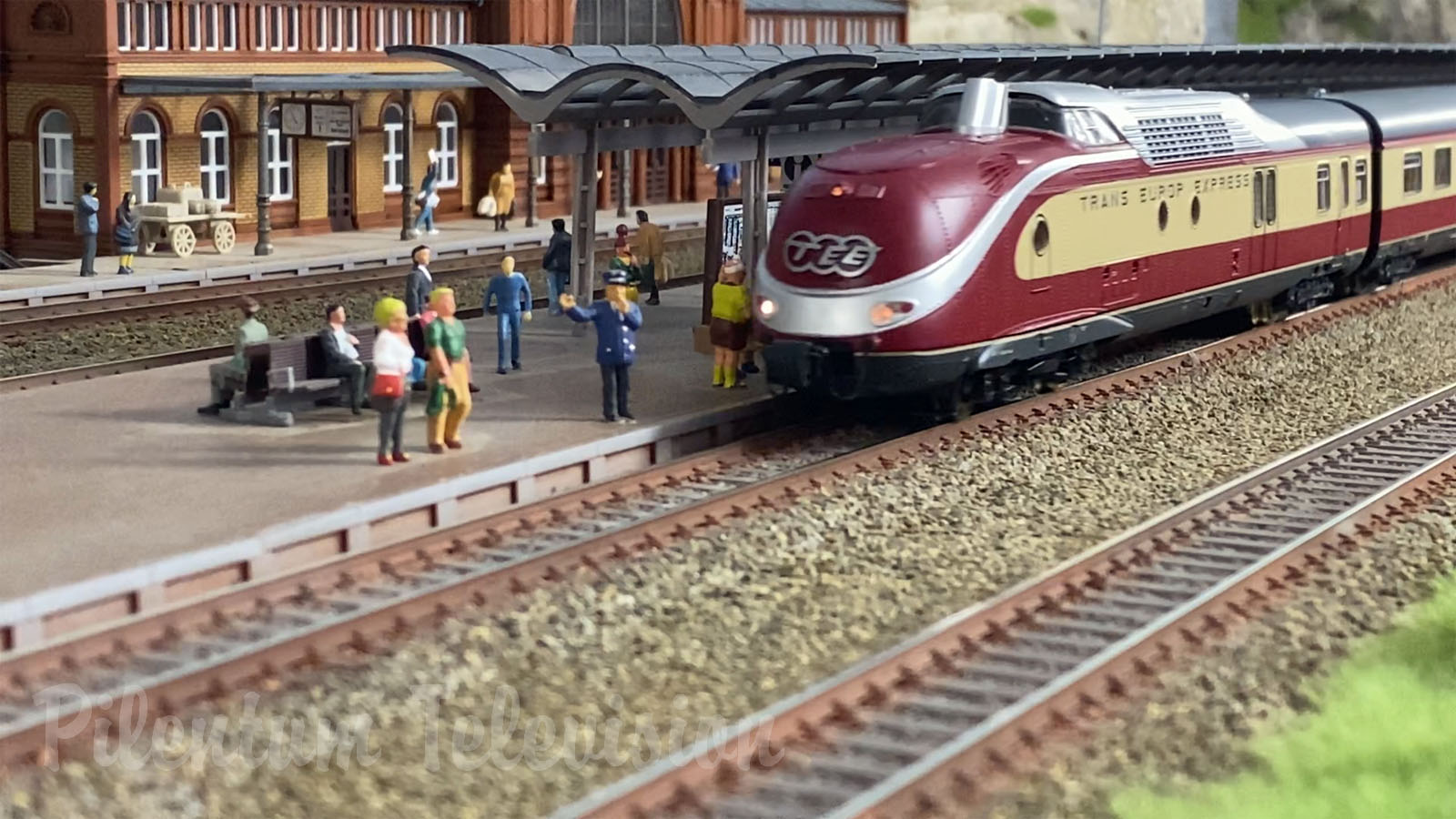 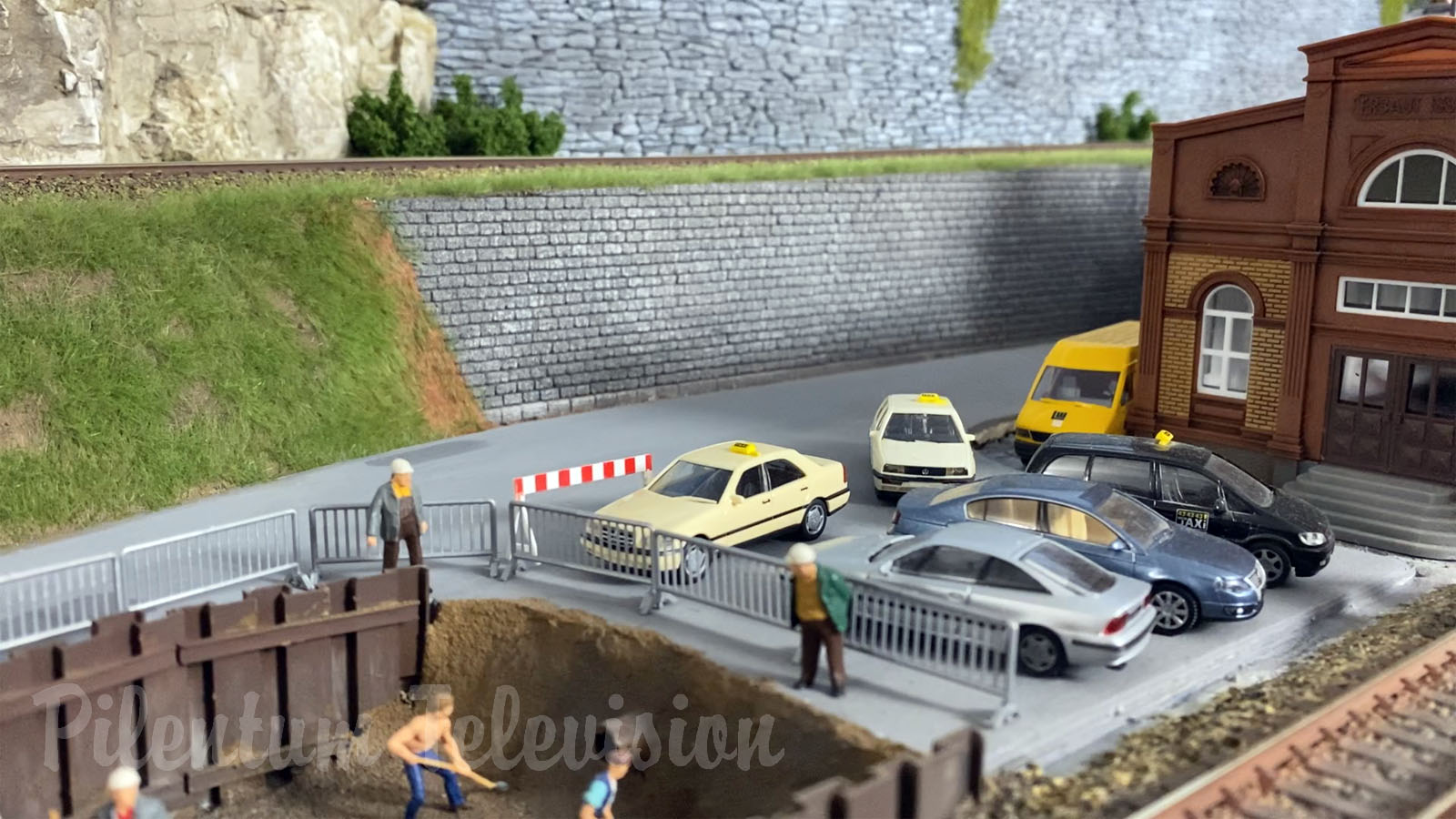 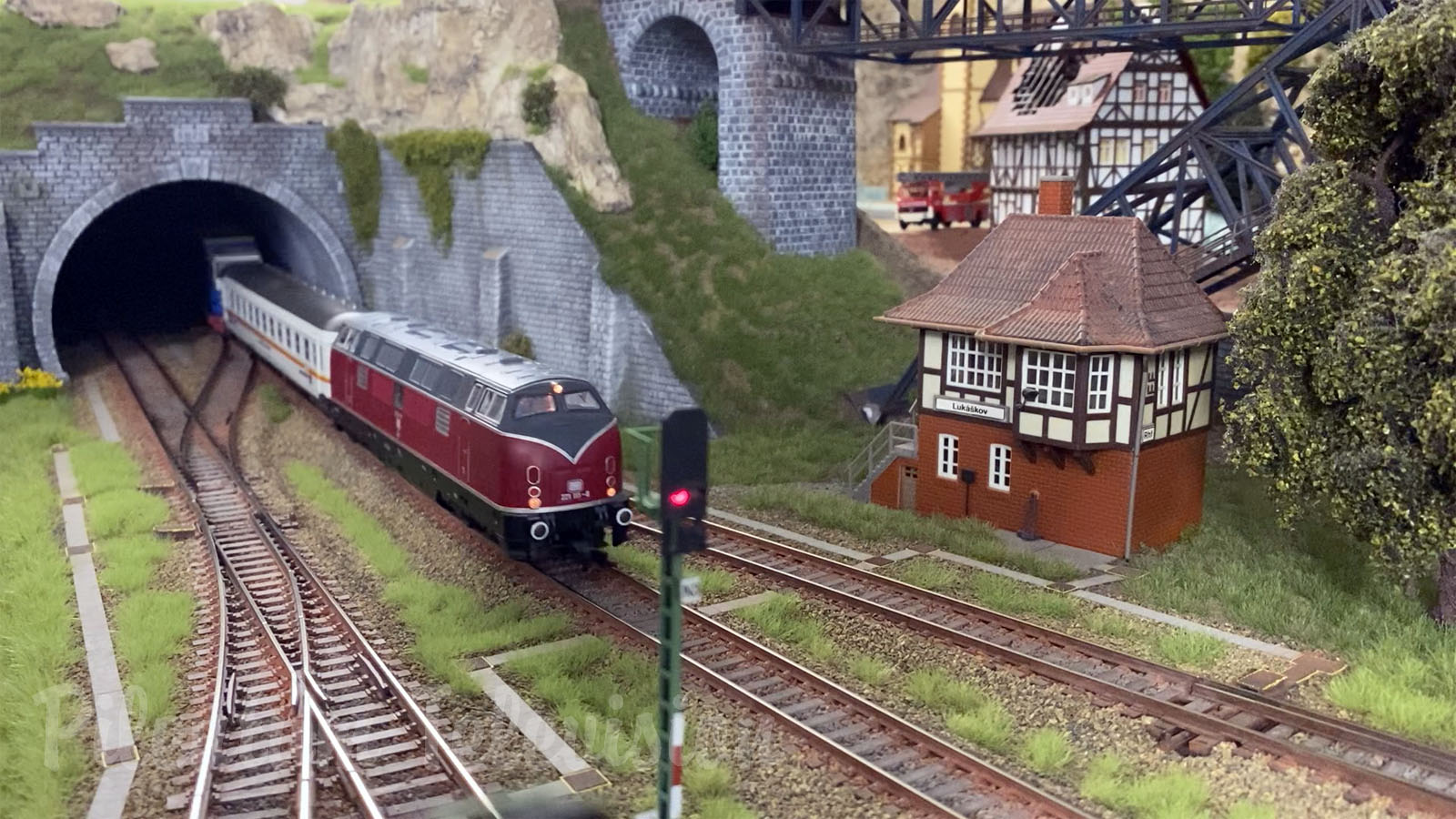 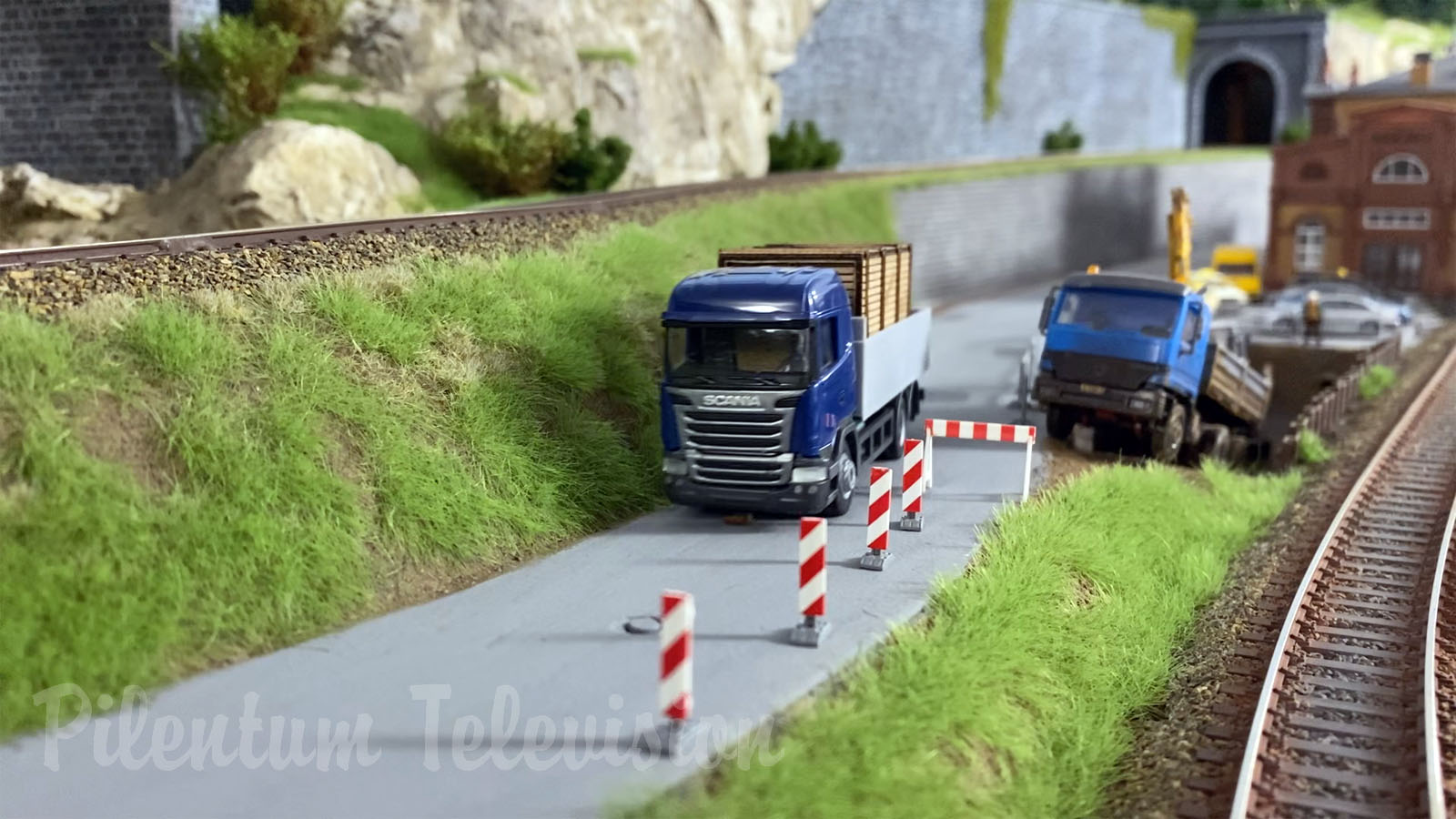 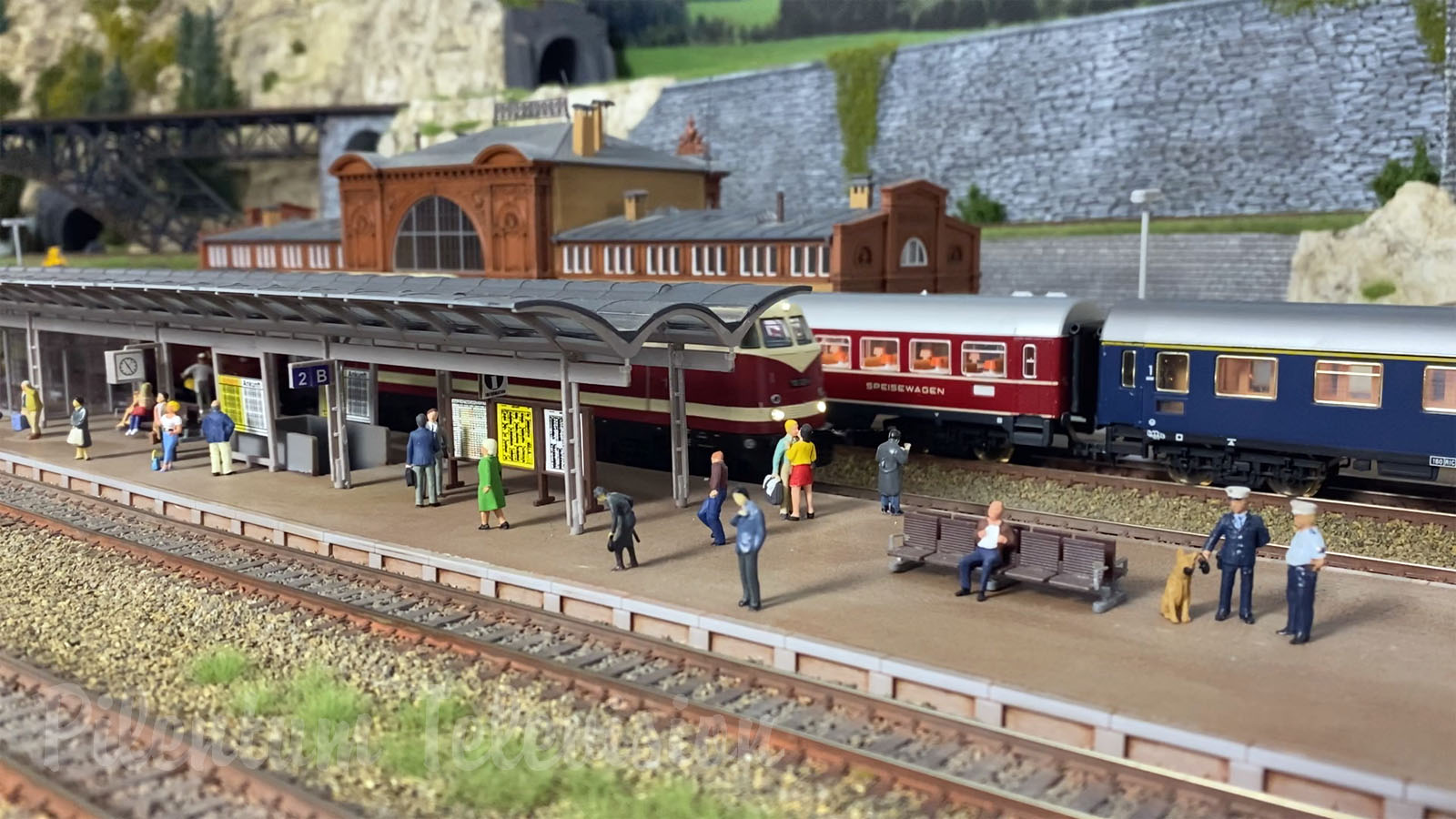 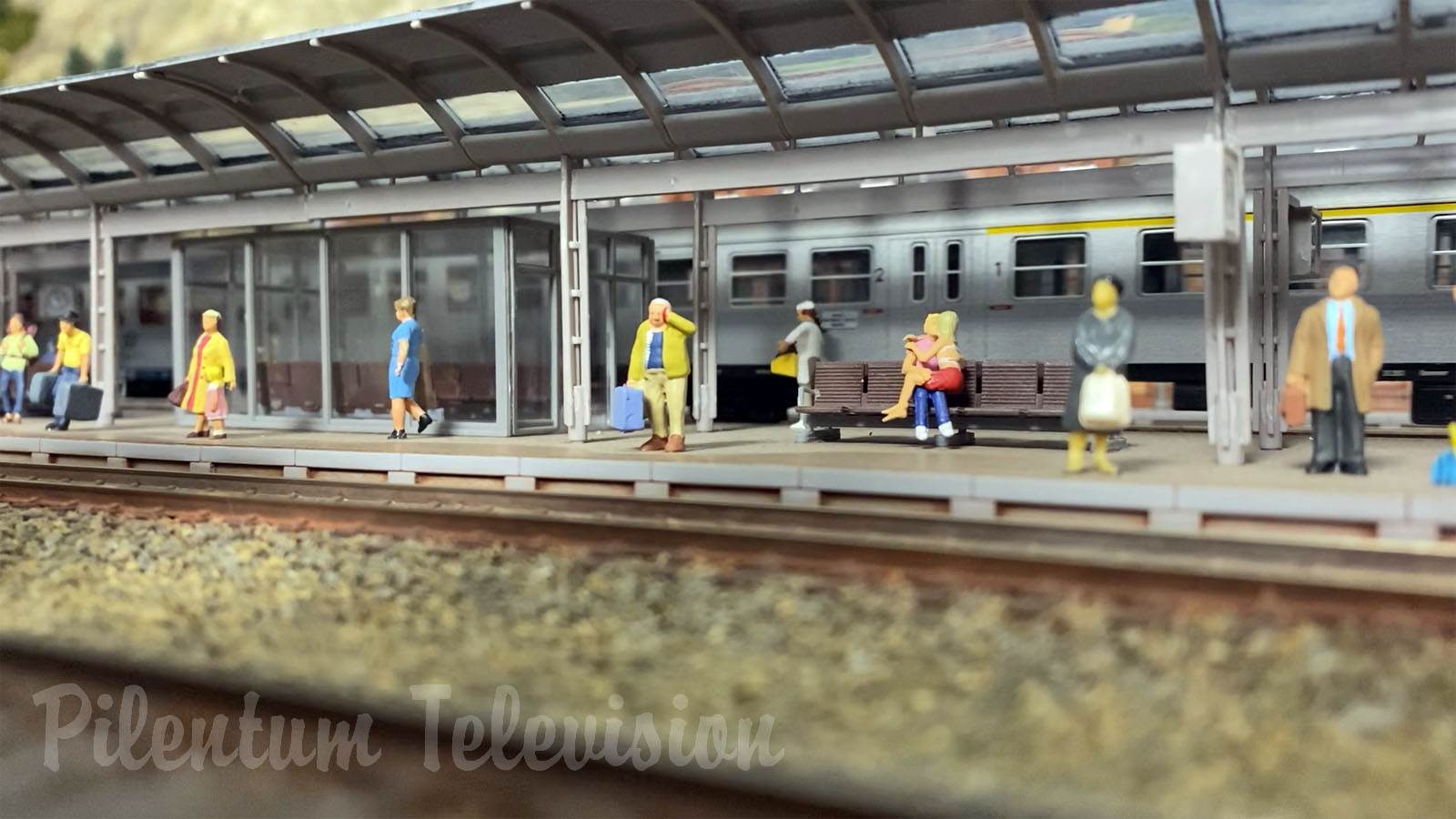 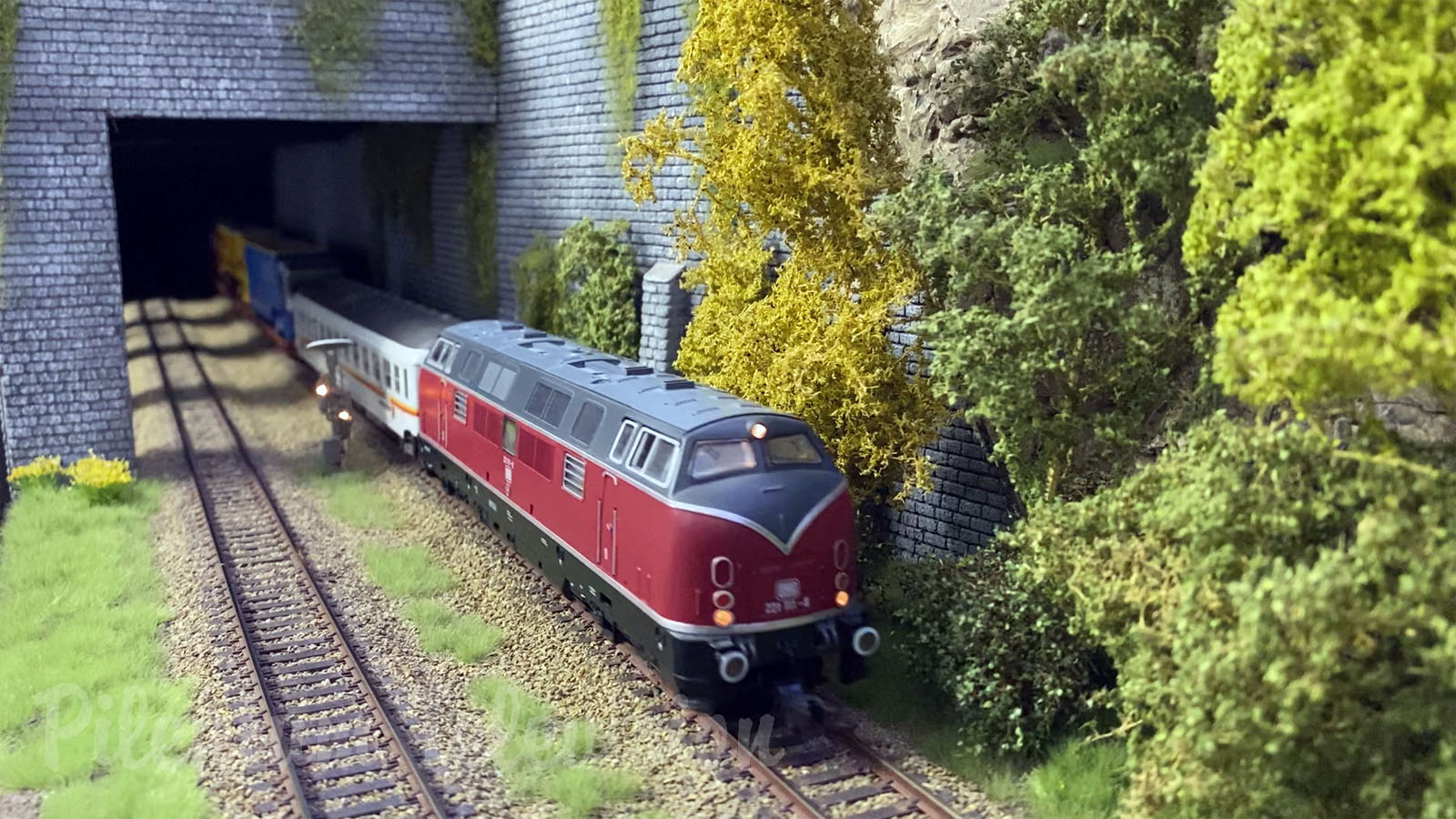 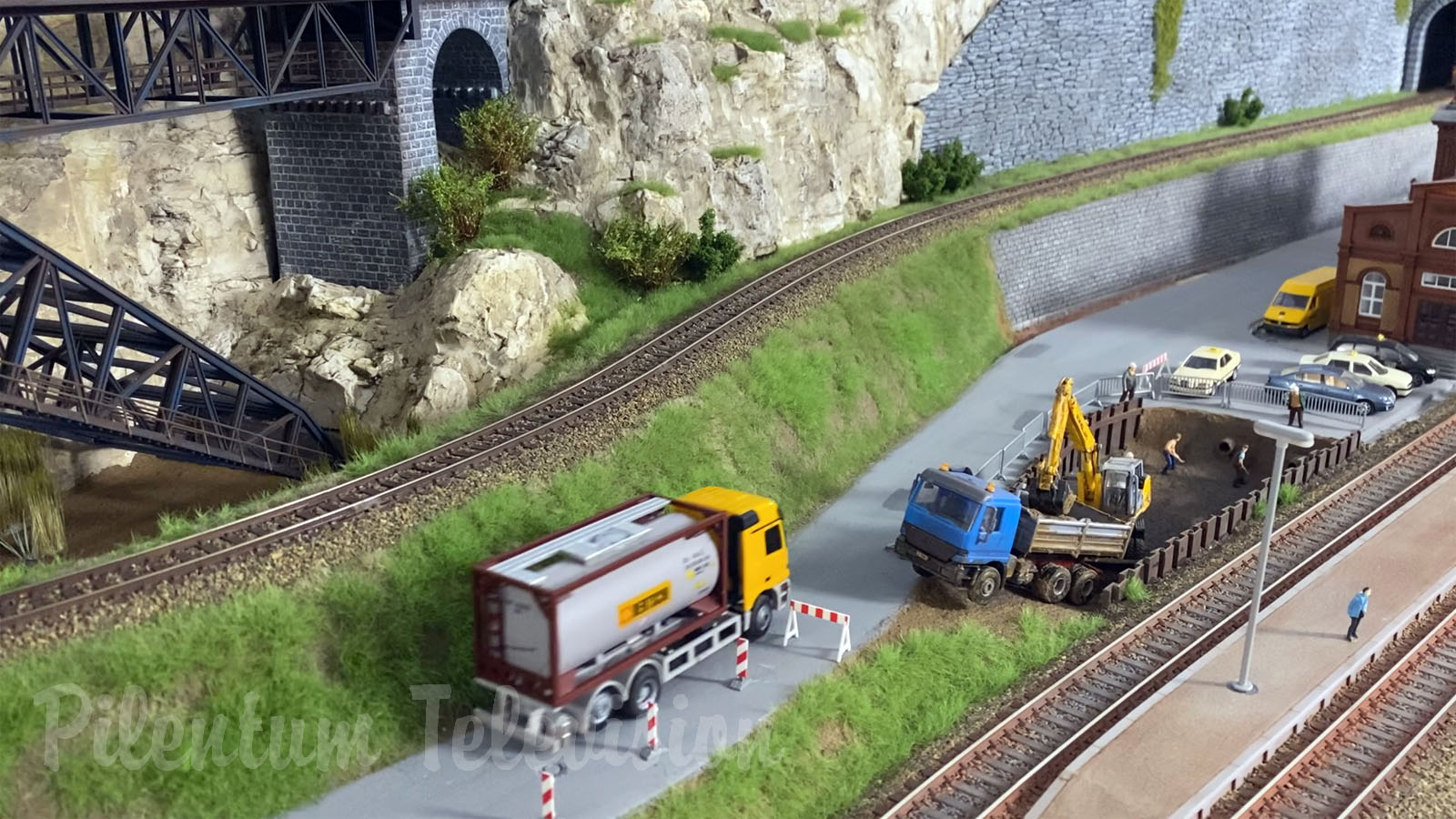 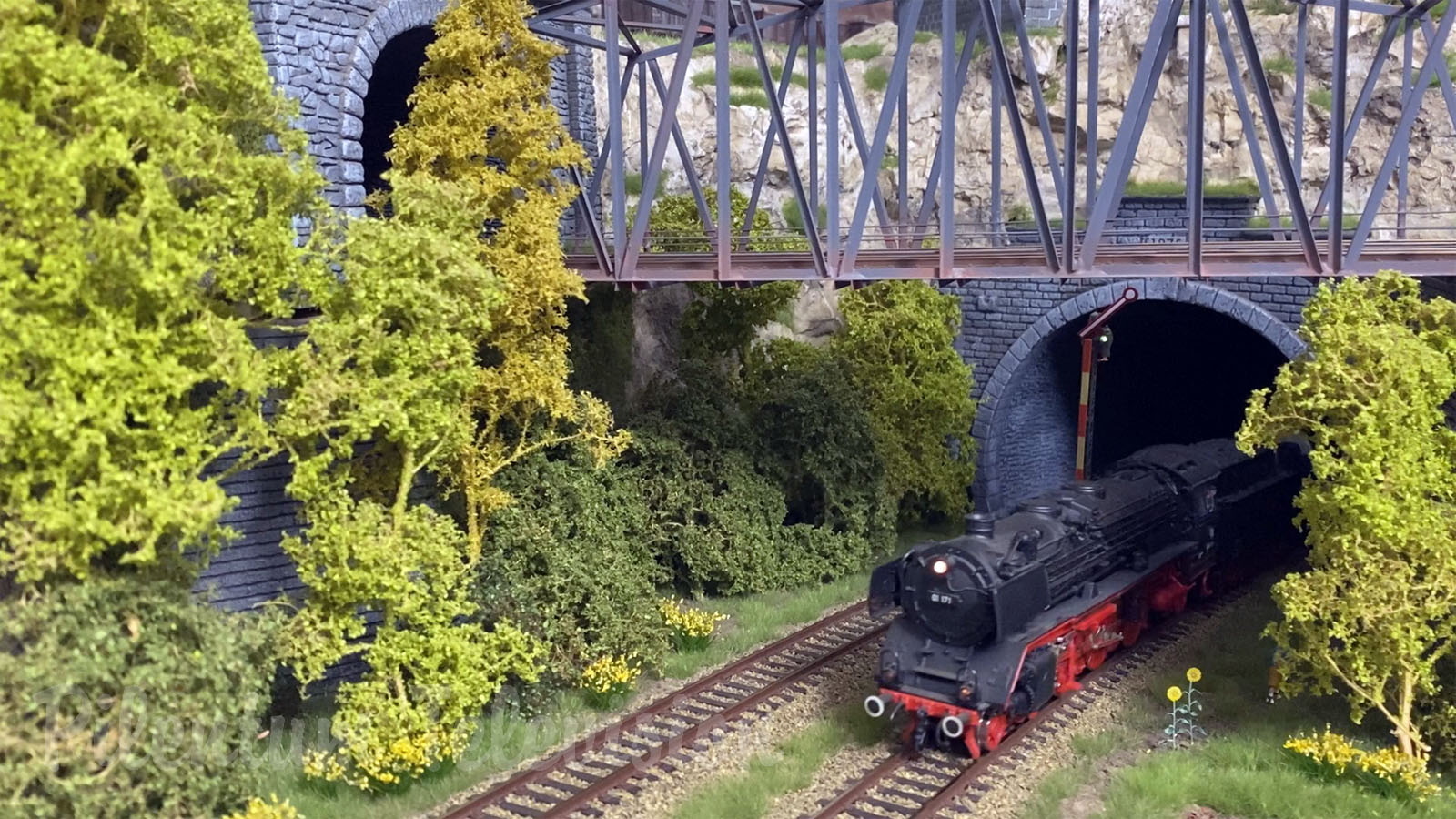 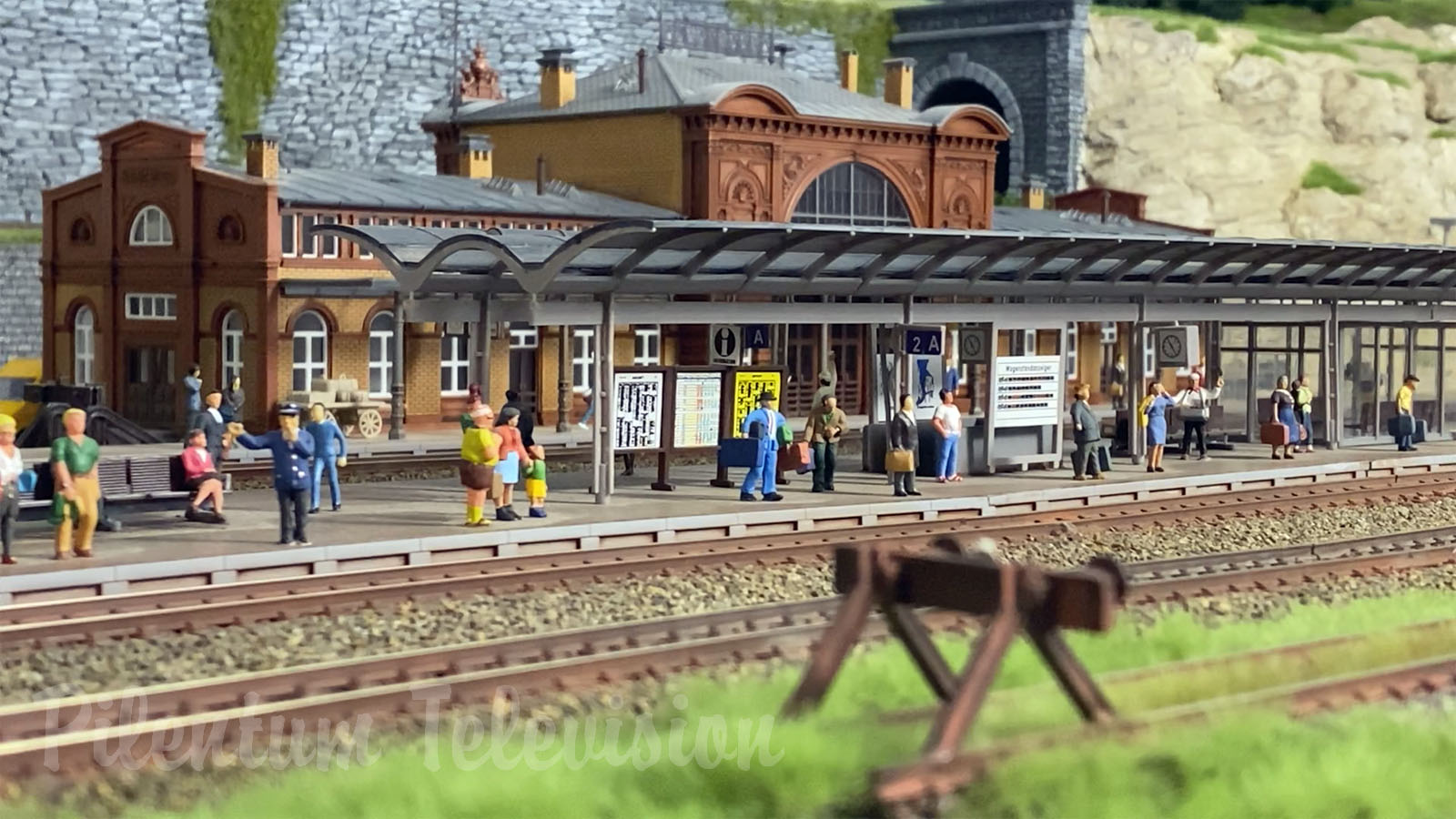 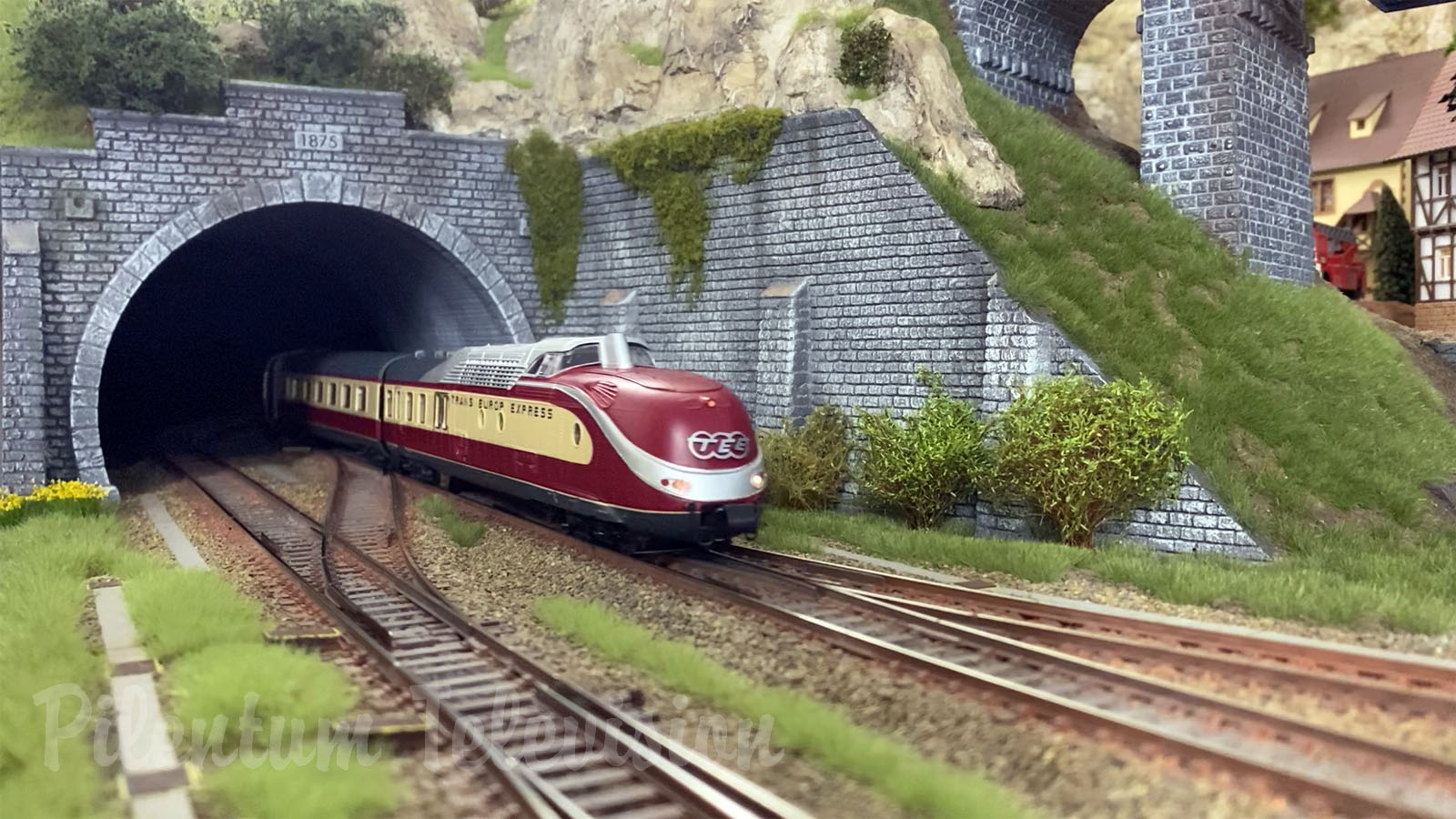 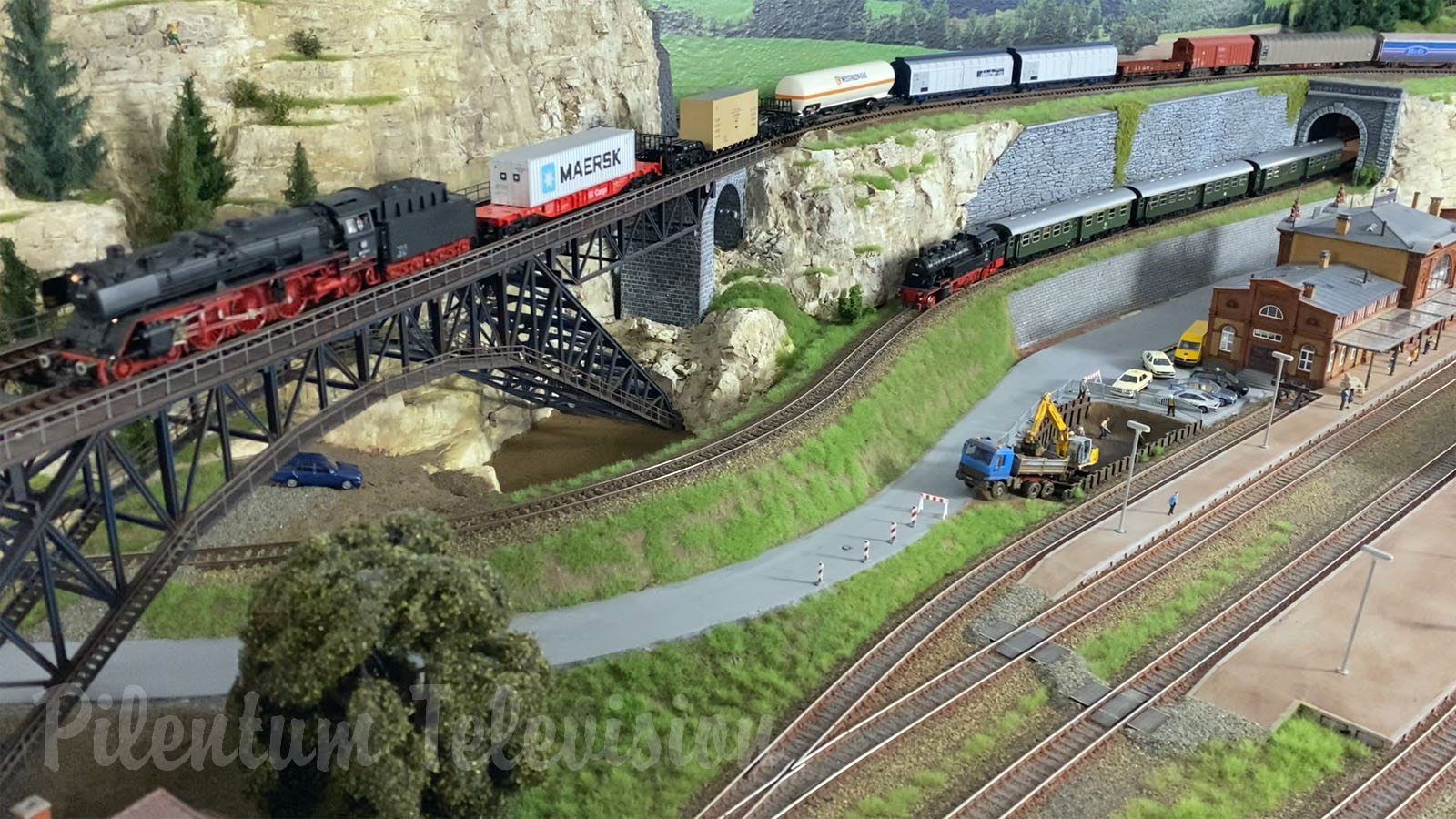