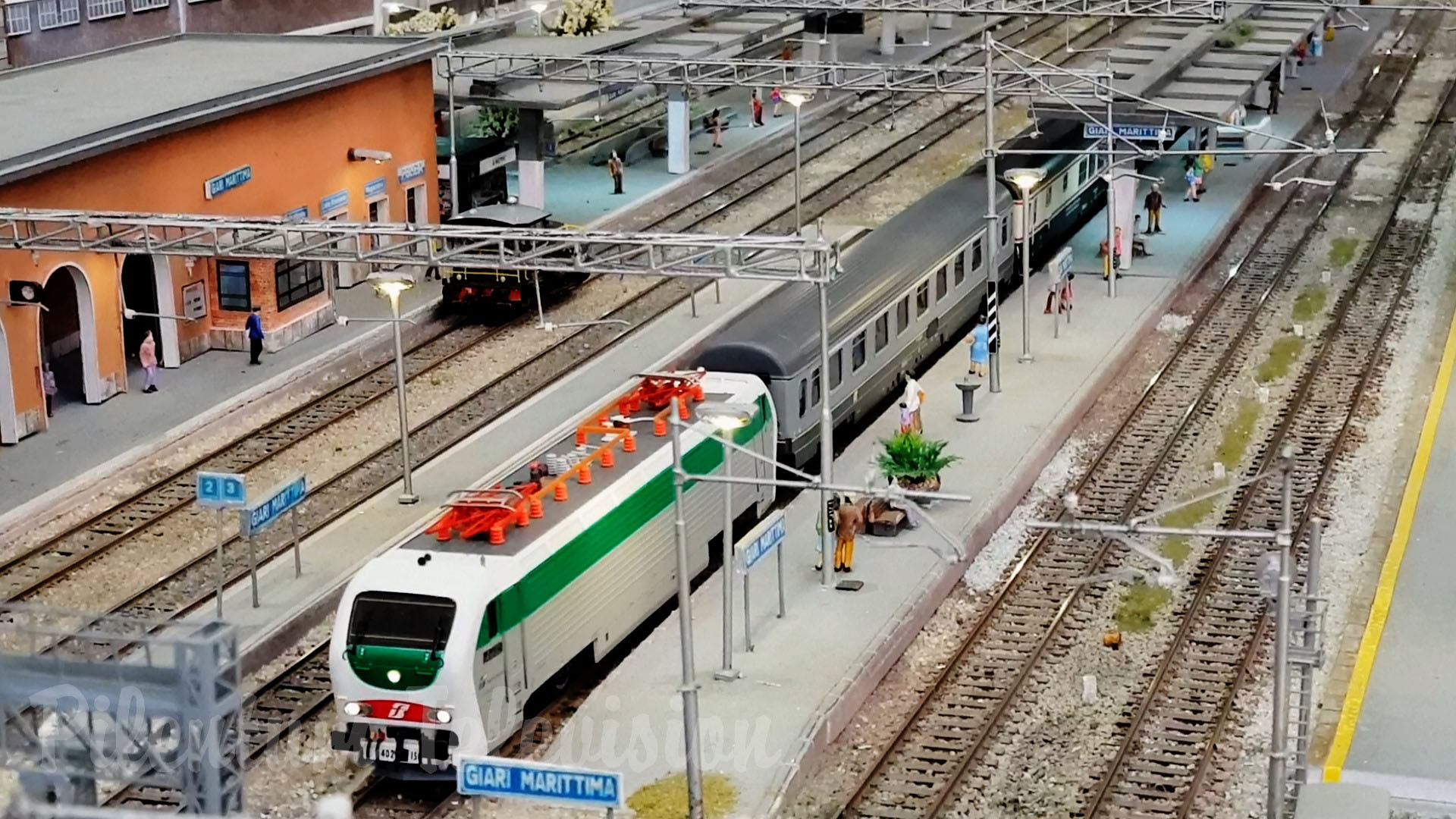 This video presents a model railway tour of an Italian modular model train layout including railroad operations with high-speed trains (“Frecciarossa”) and electric locomotives hauling very long passenger and freight trains. This HO scale layout - Italians say “plastico ferroviario” - was built by the club “Gruppo Fermodellistico Tartaruga” in Rome, Italy. In the first part of the video, we are at the railway station in “Arsia”. Standing on the platform we see departing and arriving trains of the Italian railroad company named “Trenitalia”.

In the second part, some modules are presented, for example a hydroelectric power station, bridges, small stations such as “Cimone”, and a camping site. The focus, however, is always on the passing trains which are called “treni” or “trenini” by the Italian model railroaders. In the third part we are in the surroundings of the railroad station in “Giari Marittima”. This is a large station including six main tracks and some side tracks. There is a lot of railway traffic, almost every 20 seconds trains are rushing through the station. Finally, night falls and the last video images taken in “Giari Marittima” show us how beautifully the platforms and trains are illuminated. 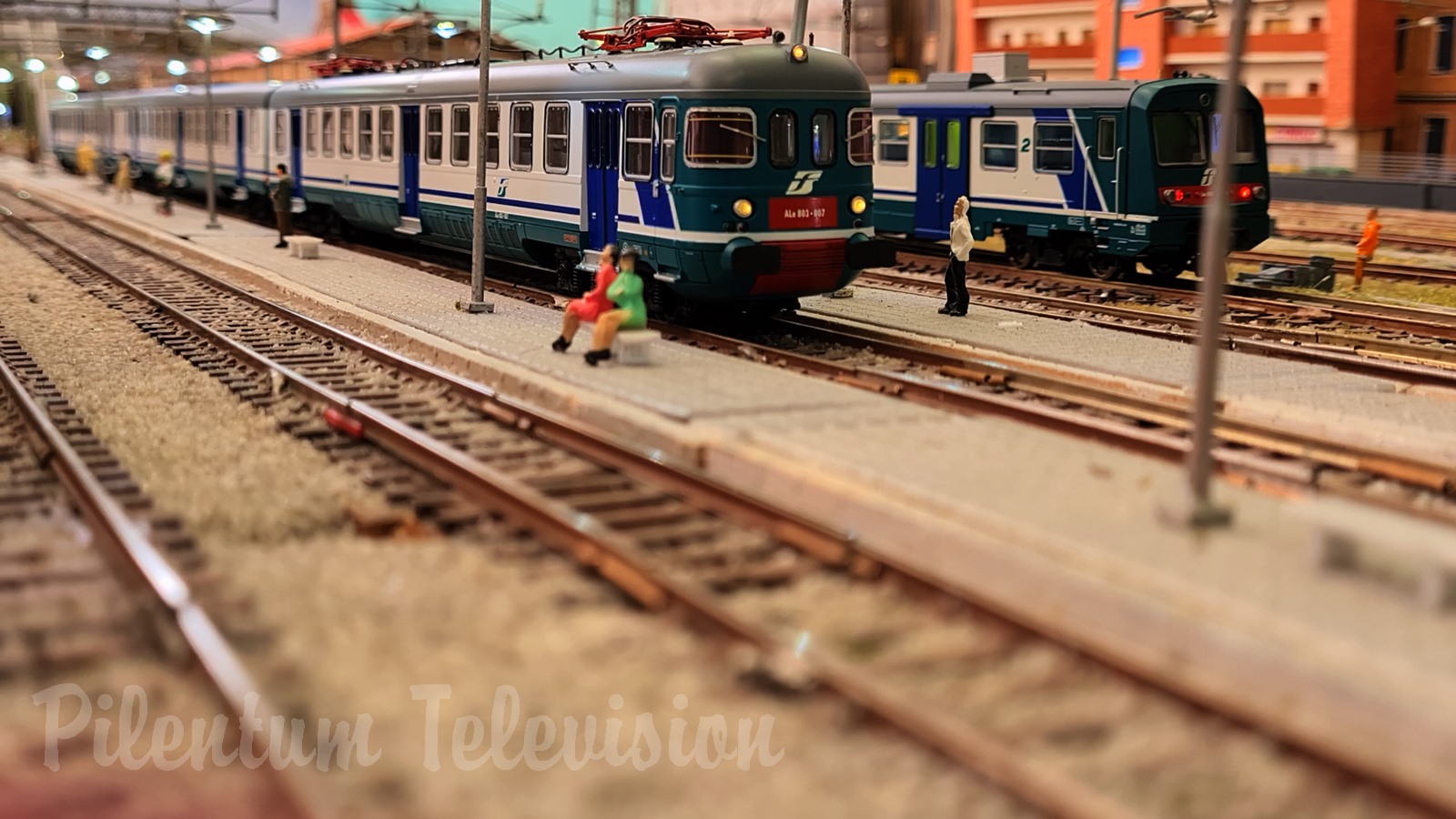 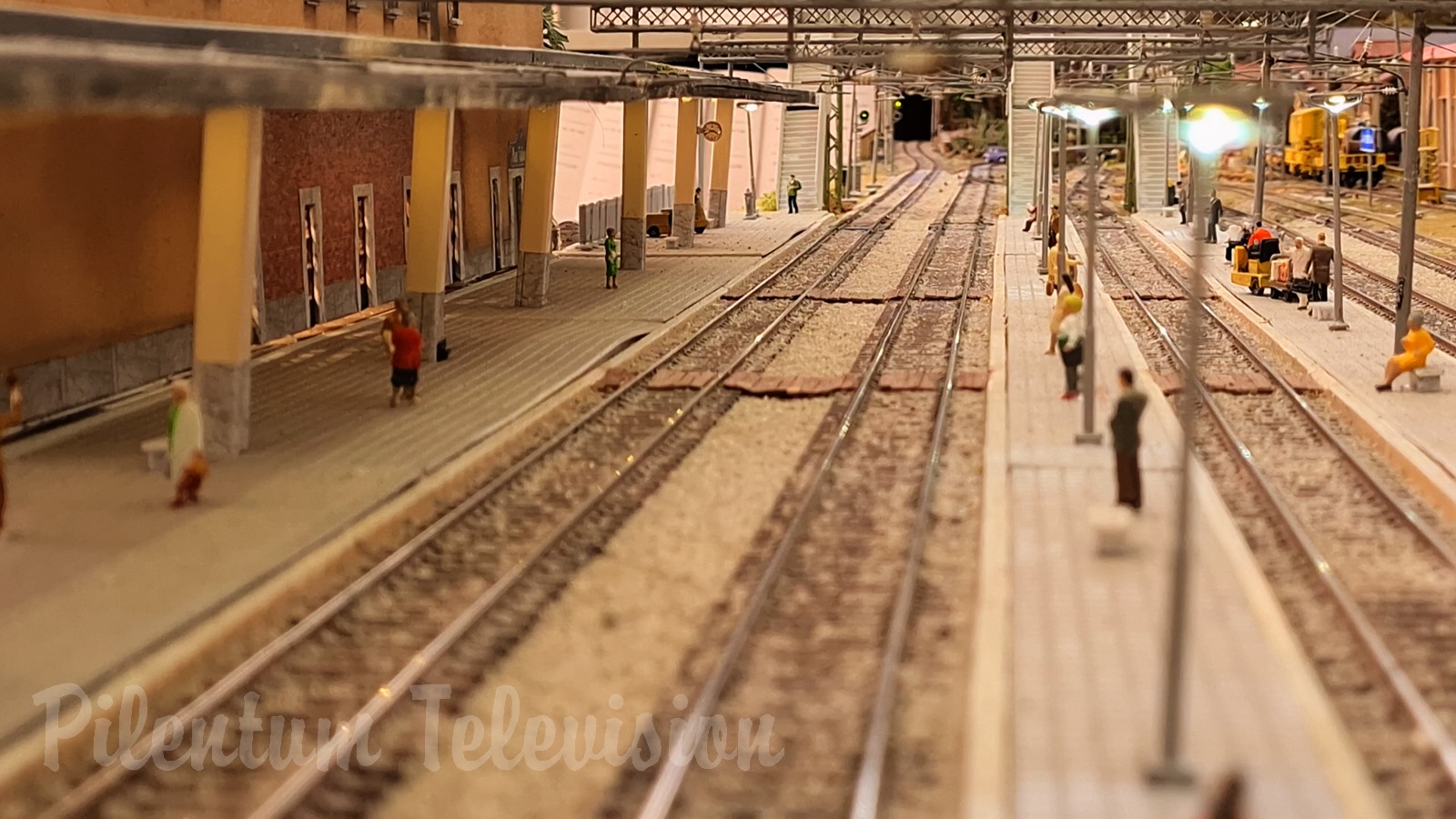 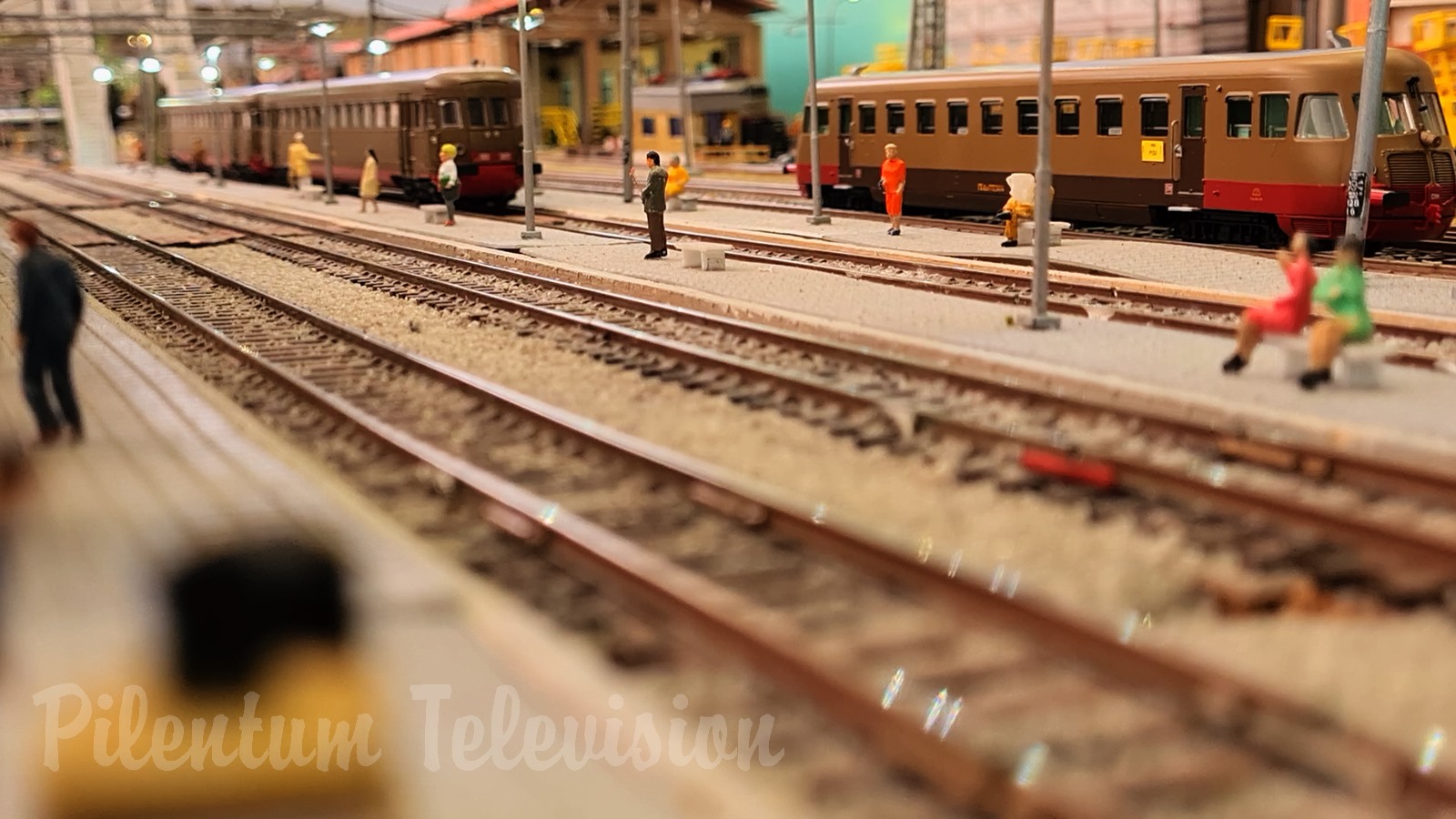 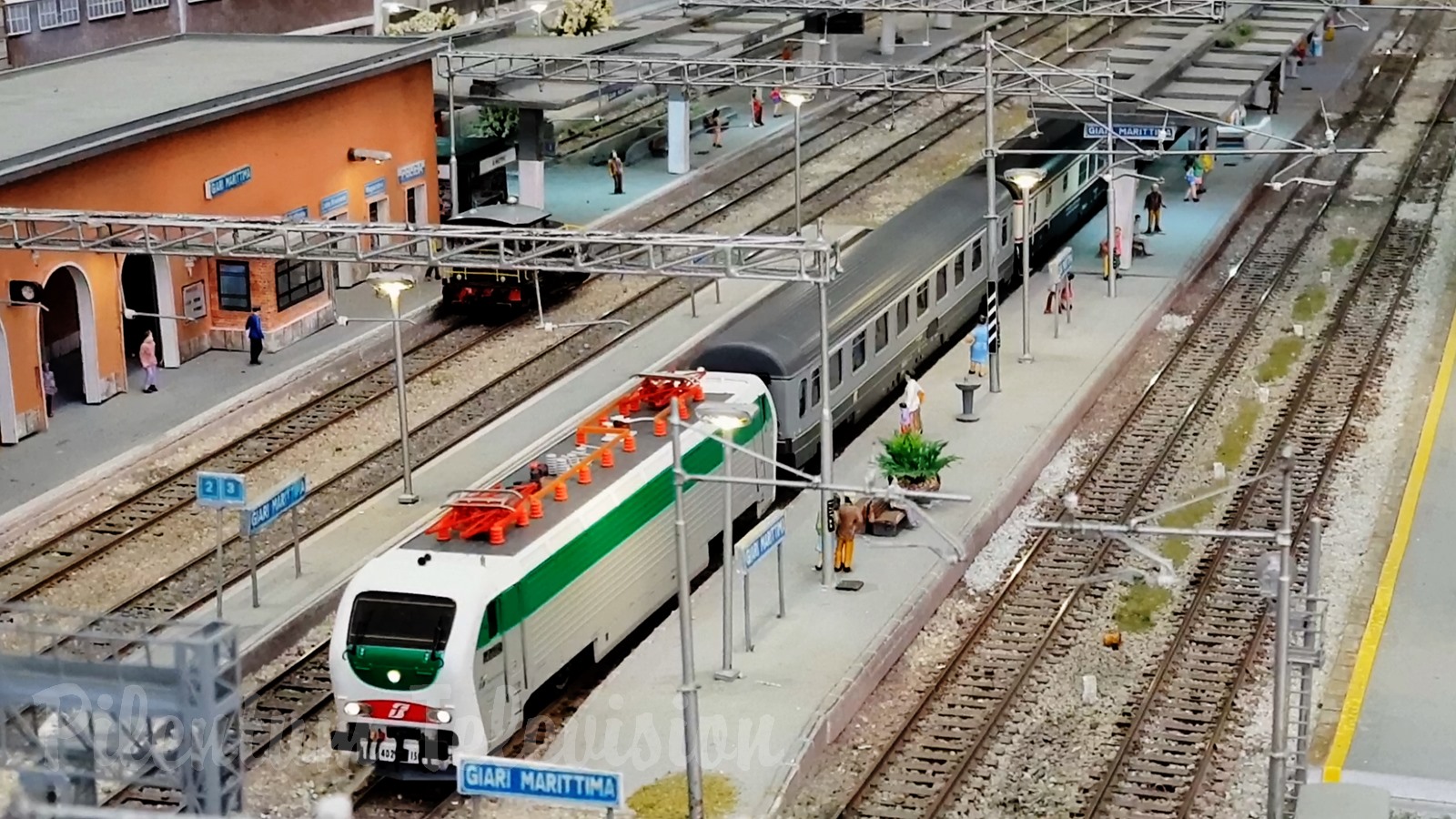 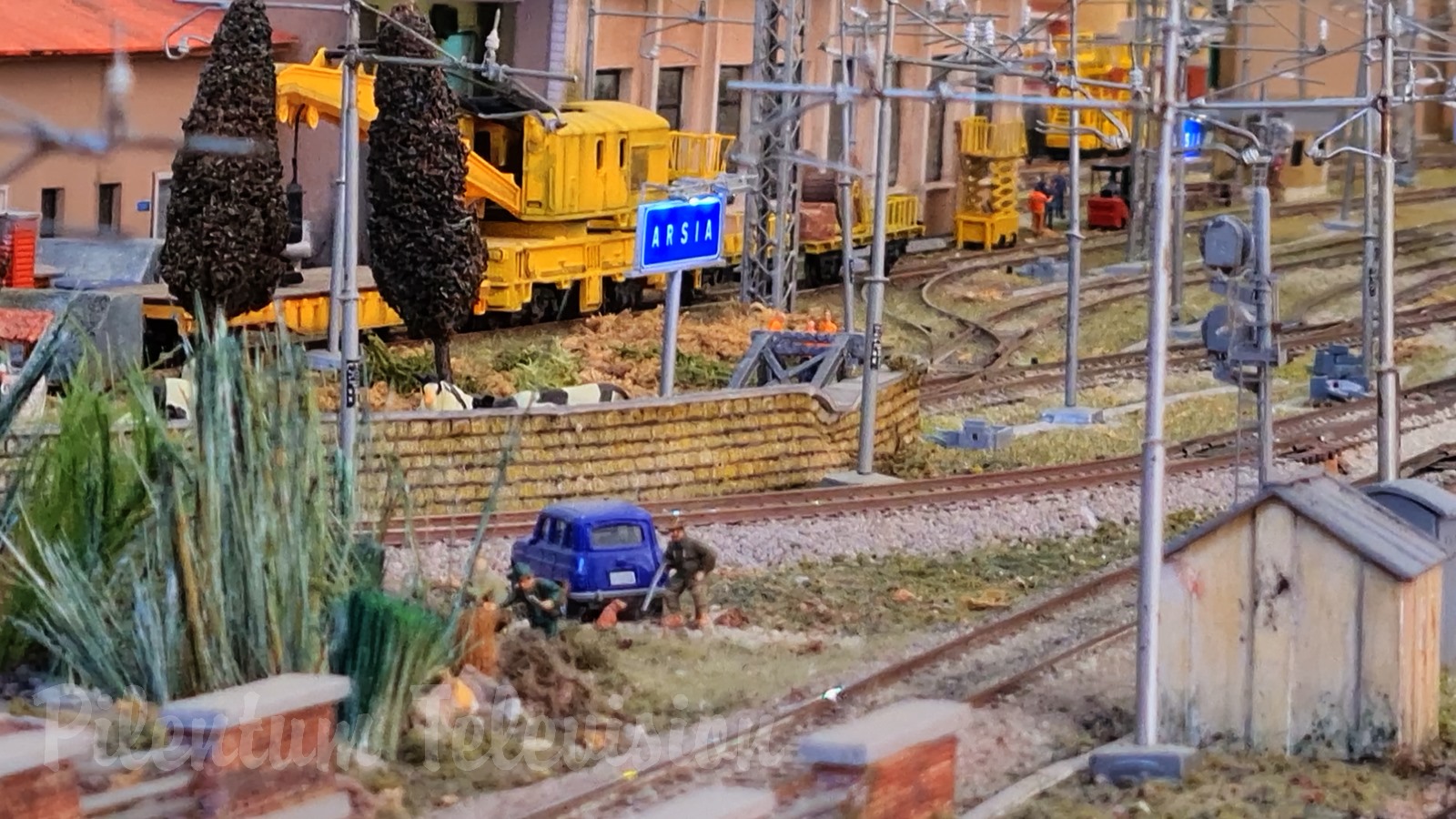 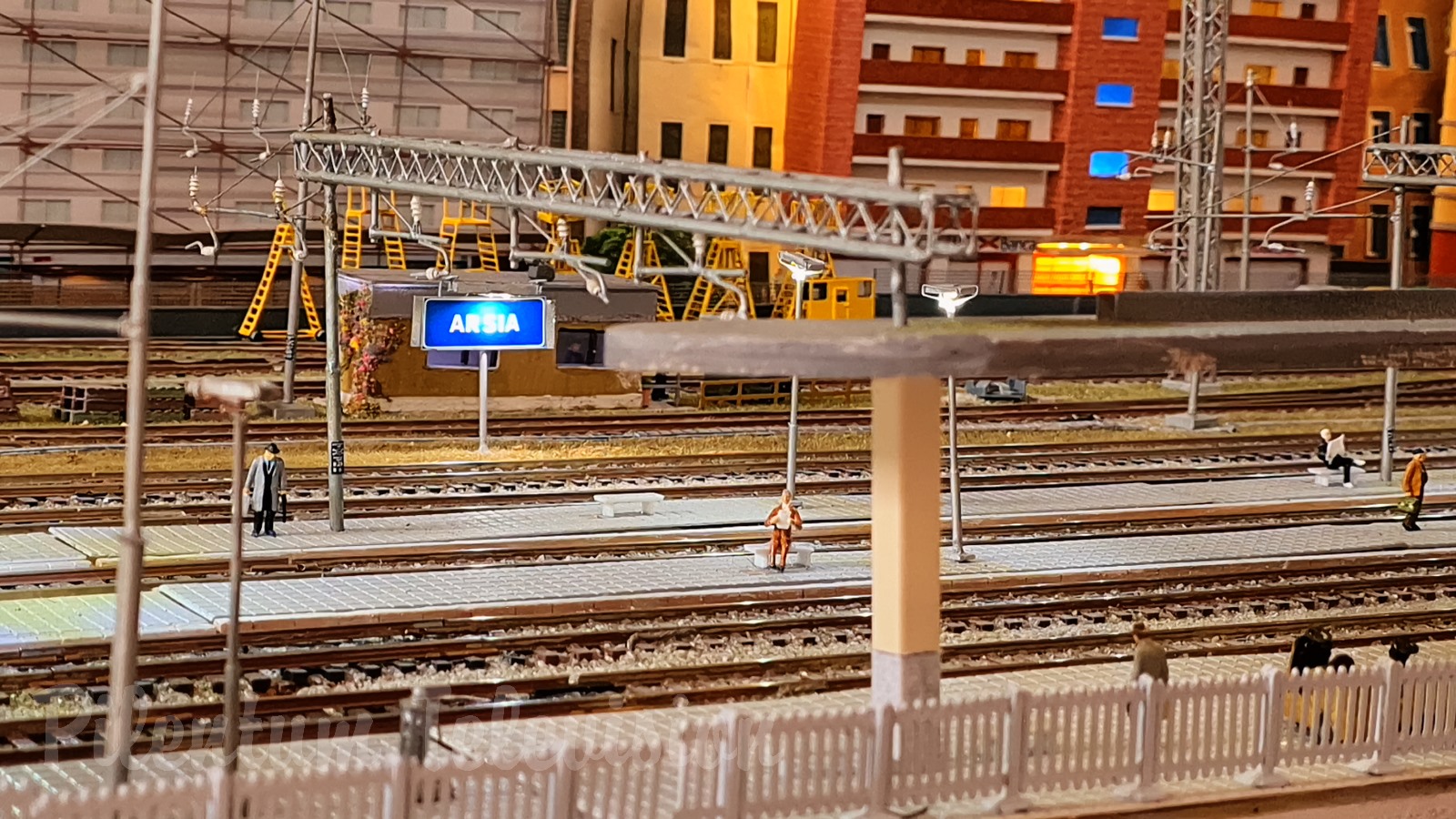 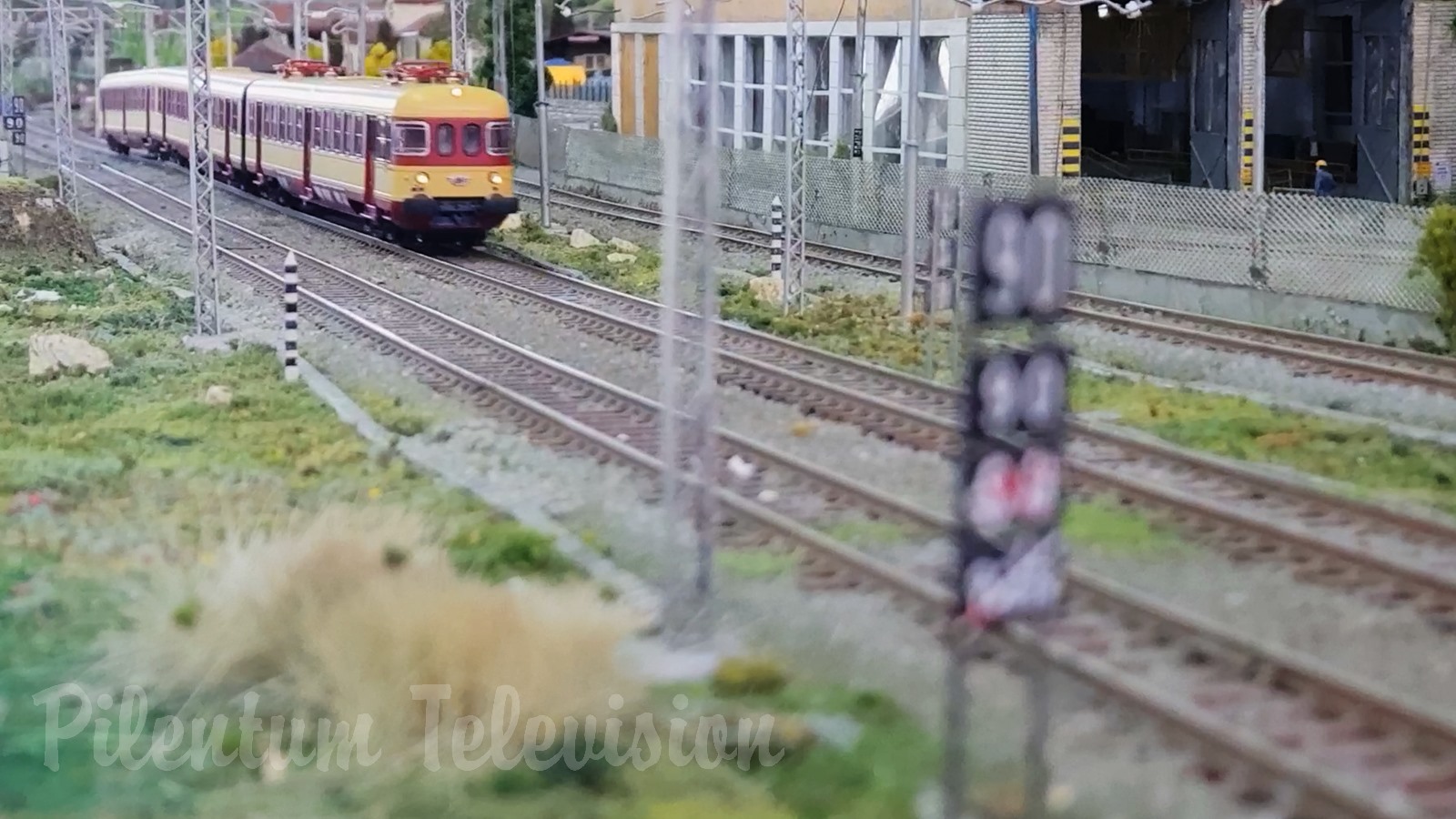 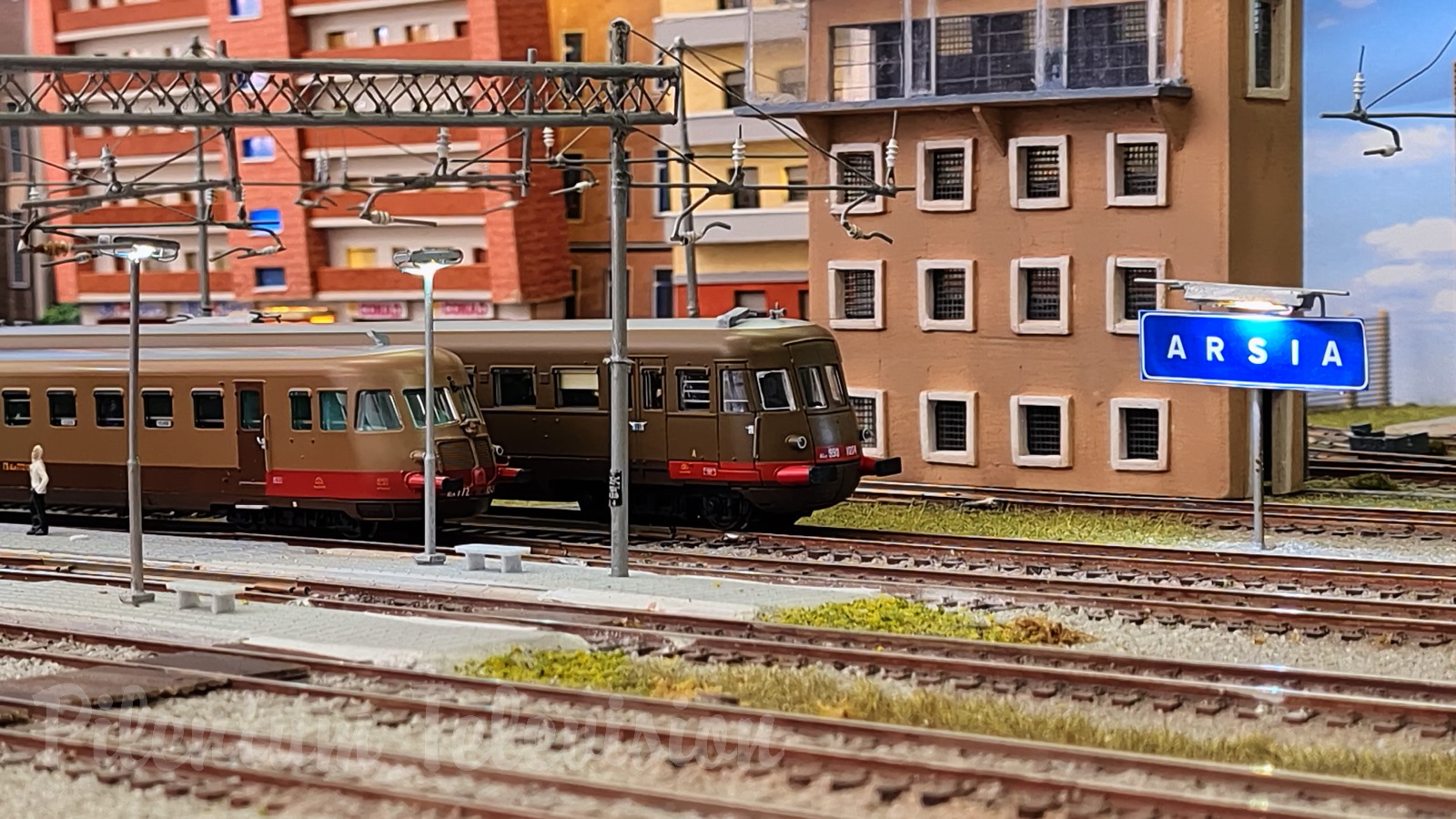 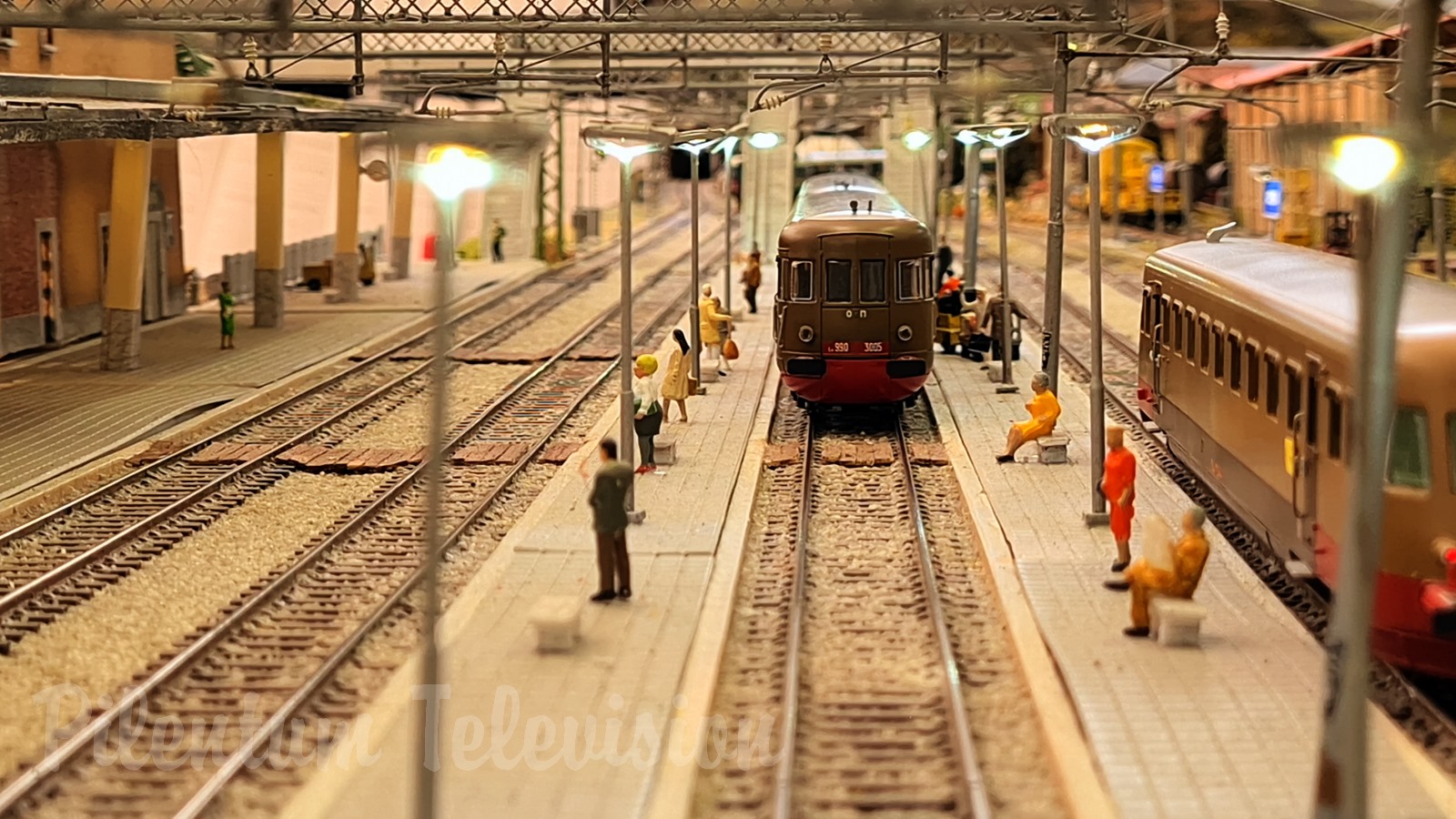 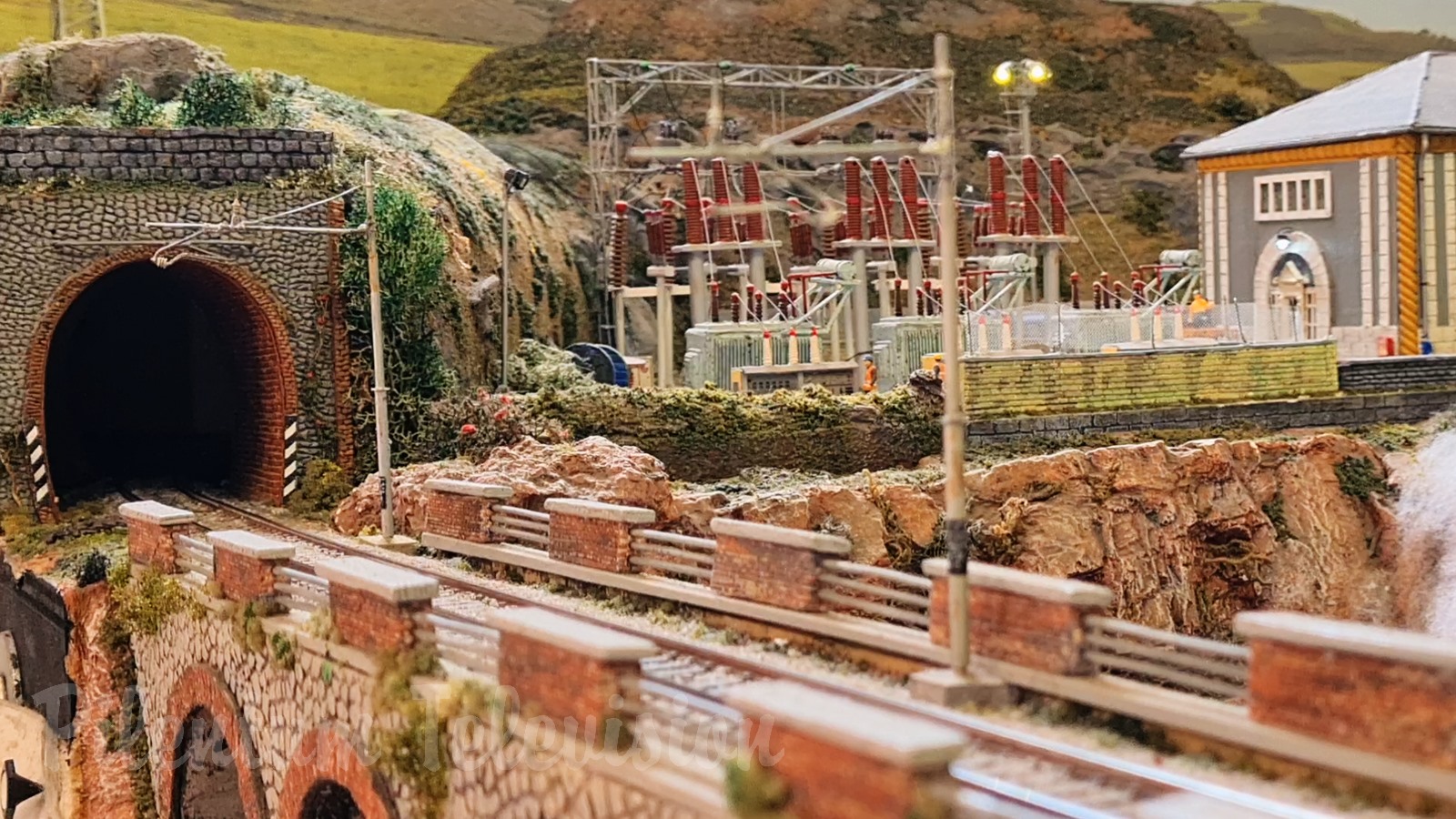 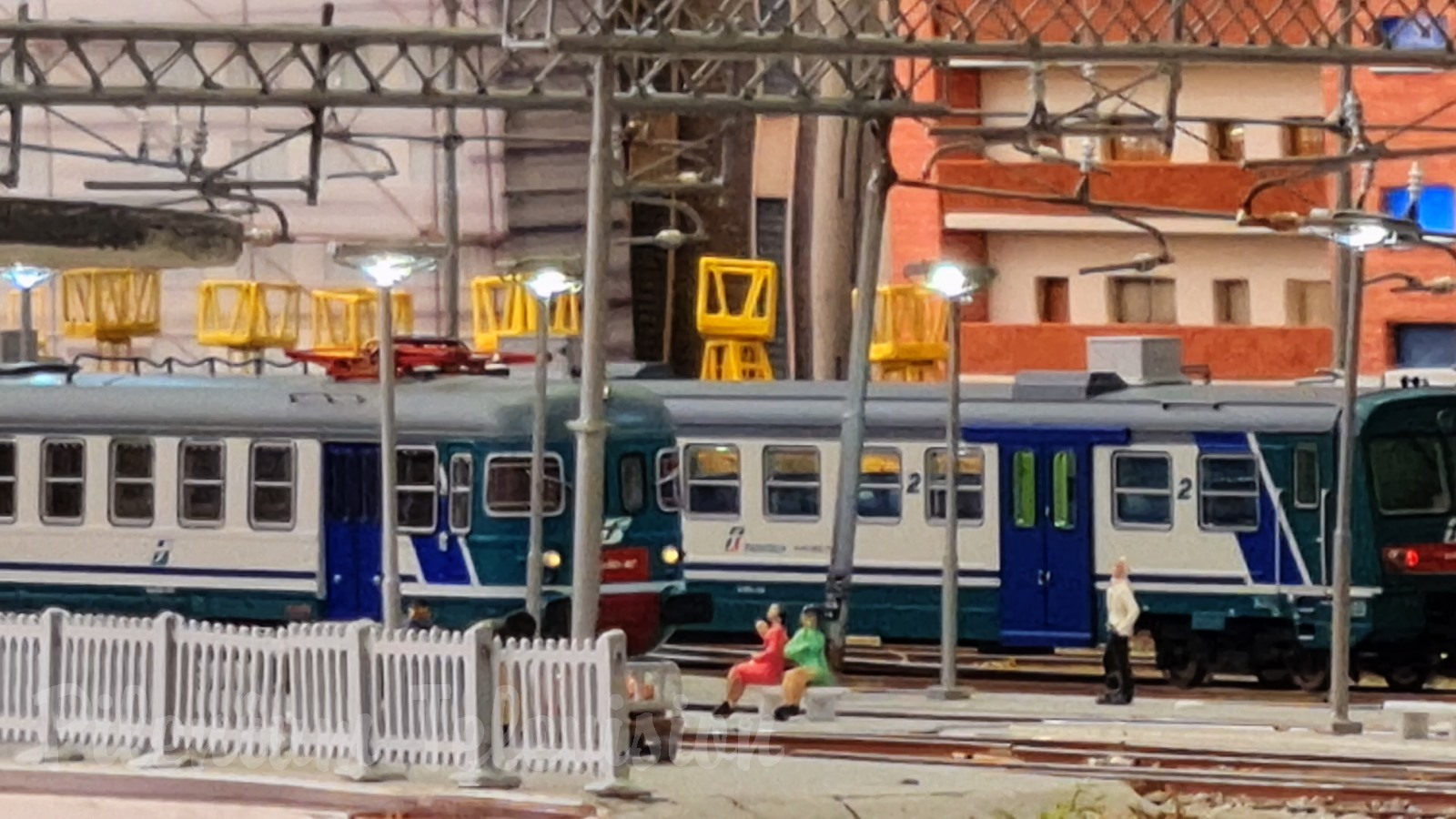 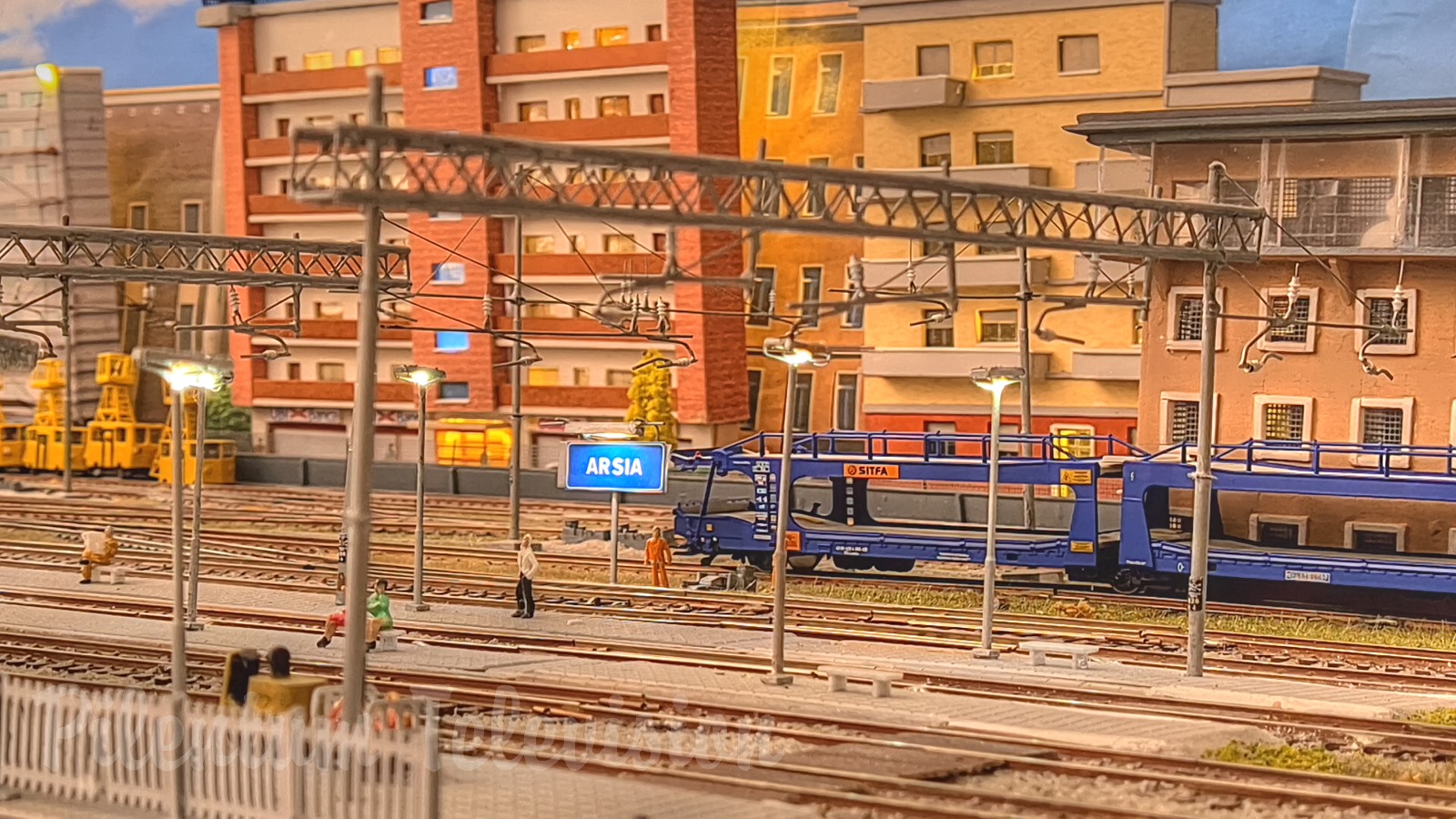 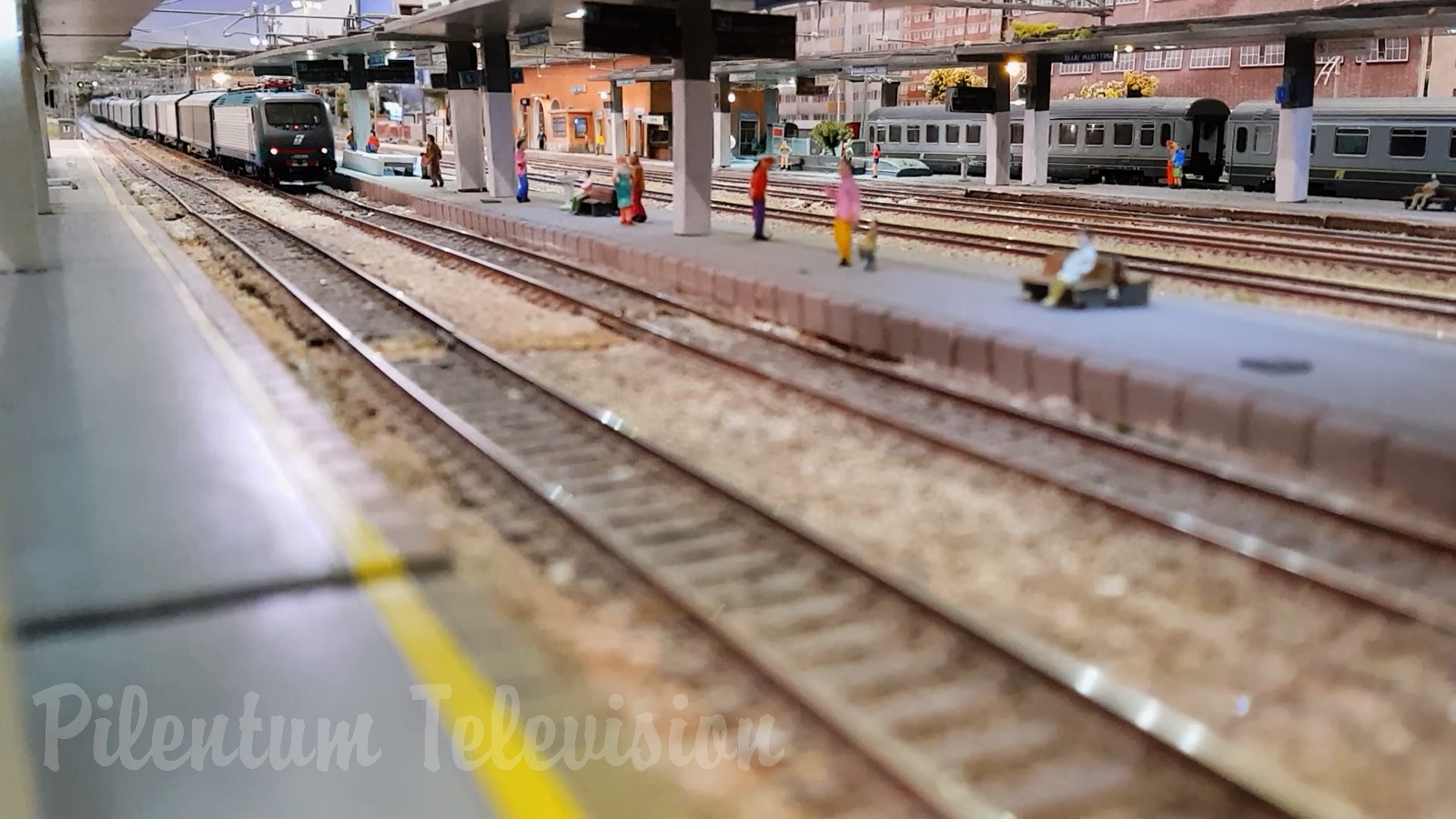