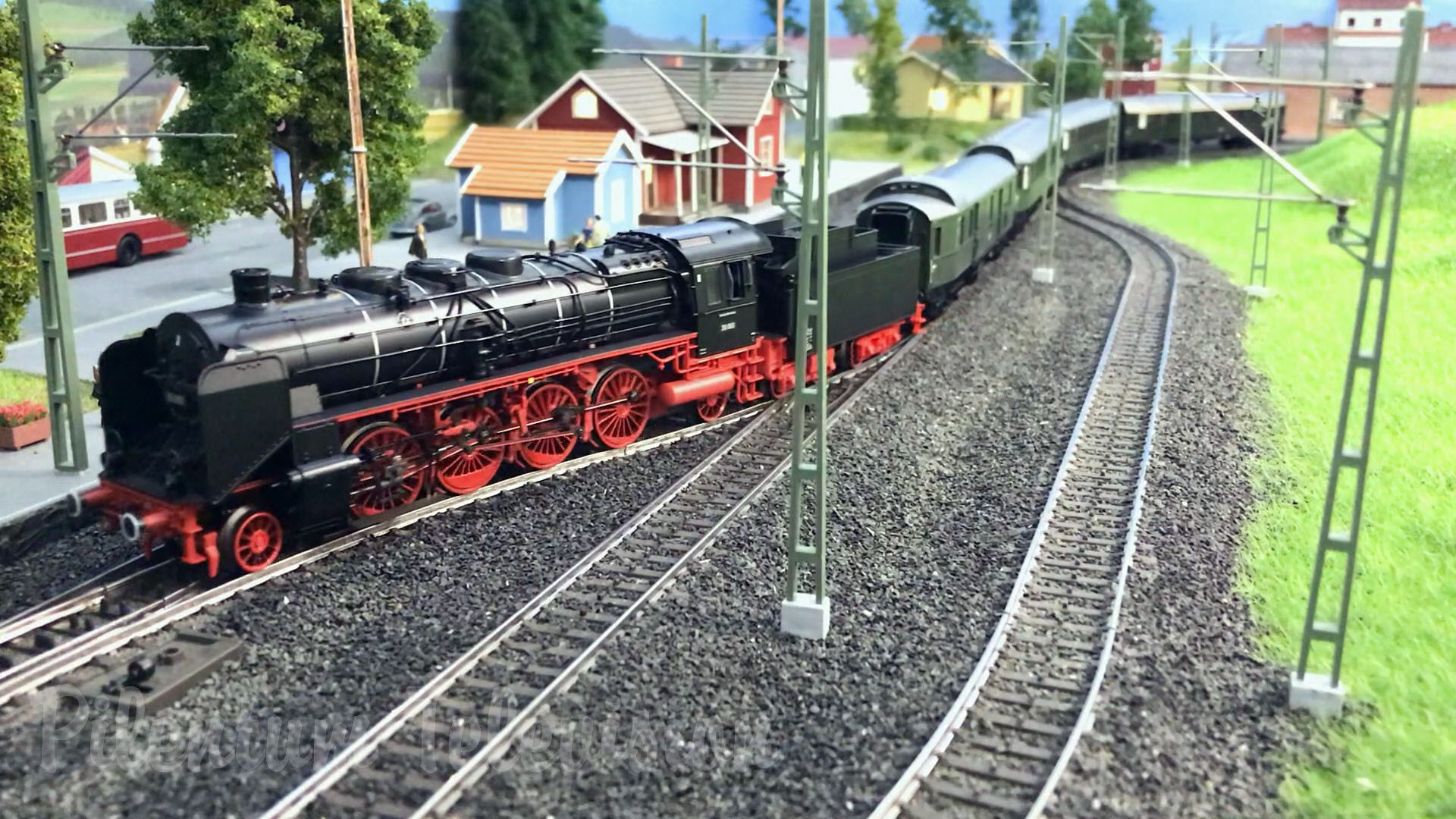 This superb model railway layout was built by Rickard Arvius who lives outside Skövde in western Sweden. The Swedish word “modelljärnväg” means model railroading or railway modelling in English. Rickard’s miniature world has been built in HO scale (1/87) with Märklin C Tracks, and allows to run both analog and digital model locomotives. The track is built like a dogbone layout so that the model trains can run around without stopping. Rickard’s dogbone layout is a double track loop-to-loop layout located in a part of a garage, which is about seven square meters in size.

Rickard wanted to concentrate more on the landscape than on the rail network. Therefore, the layout is fictional; Rickard was inspired by the rural environment where he lives with the classic Swedish wooden houses painted in red with white windows. By the way, the catenary is not connected. Rickard has decided to install catenary pillars for a more realistic look, but there are no plans to install overhead lines at the moment. Therefore the locomotives’ pantographs are down to avoid hitting the pillars. Perhaps a contact wire will be installed in the future.

Rickard’s favorite model train is the Märklin model no. 2870. This scale model was built between 1988 and 1990. This historic Swedish train is made of real wood and was pulled by a wooden-bodied class D locomotive of Swedish State Railways (“Statens Järnvägar”). Once the locomotive was manufactured between 1925 and 1933; later Swedish State Railways built the locomotive with a riveted steel body. Those electric locomotives were used for both passenger and freight trains until they were taken out of service in 1988.

Besides the trains, there are other things moving in Rickard’s miniature world: Two remote-controlled model cars. A Carson VW bus and a Wiking garbage truck. So the model railway layout, the landscape and the environment become even more realistic. Of course, the disadvantage of RC cars is that it is difficult to operate both cars and trains at the same time. But in contrast to the Faller Car System, one advantage is that you do not have to install a magnet wire in the roads afterwards. 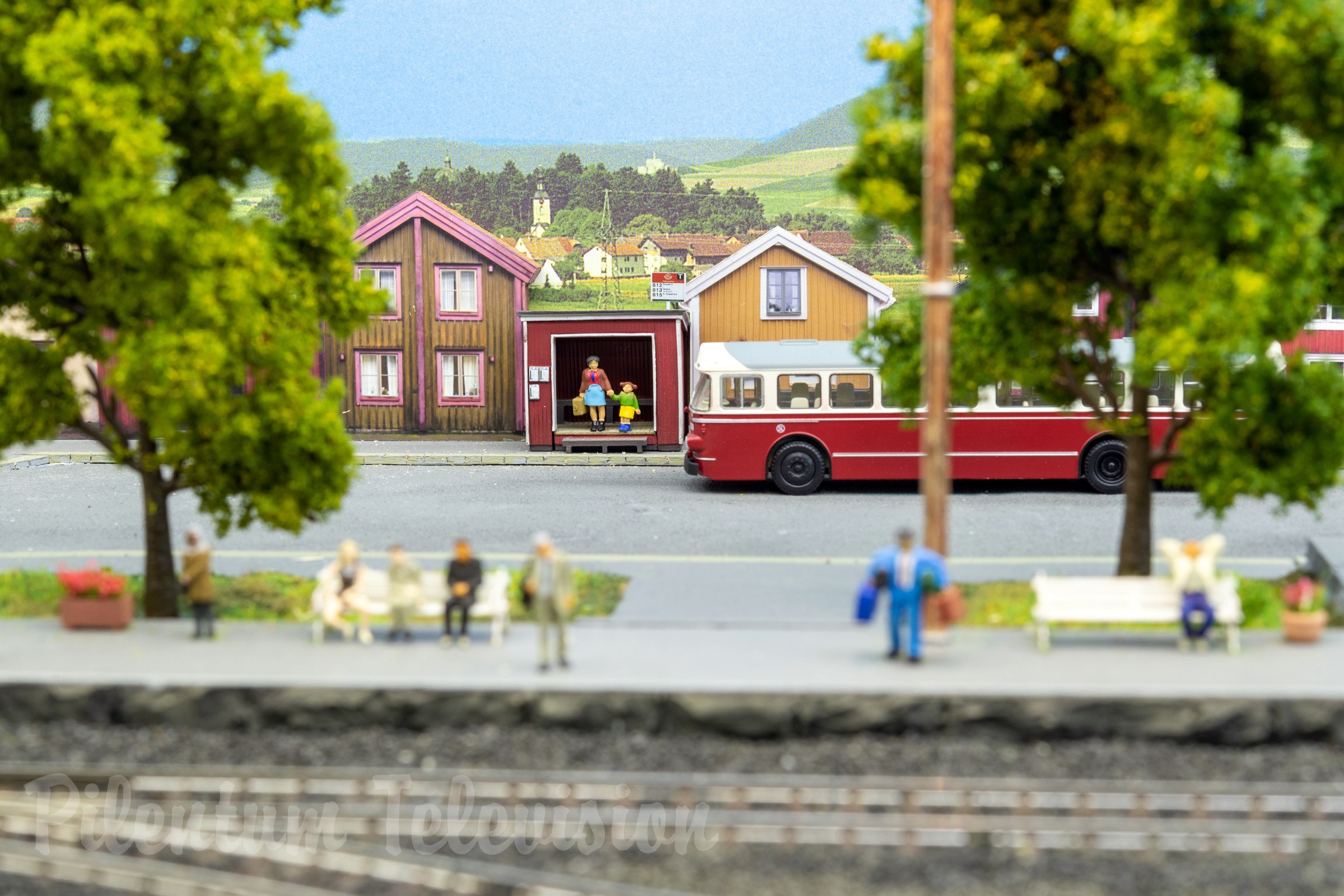 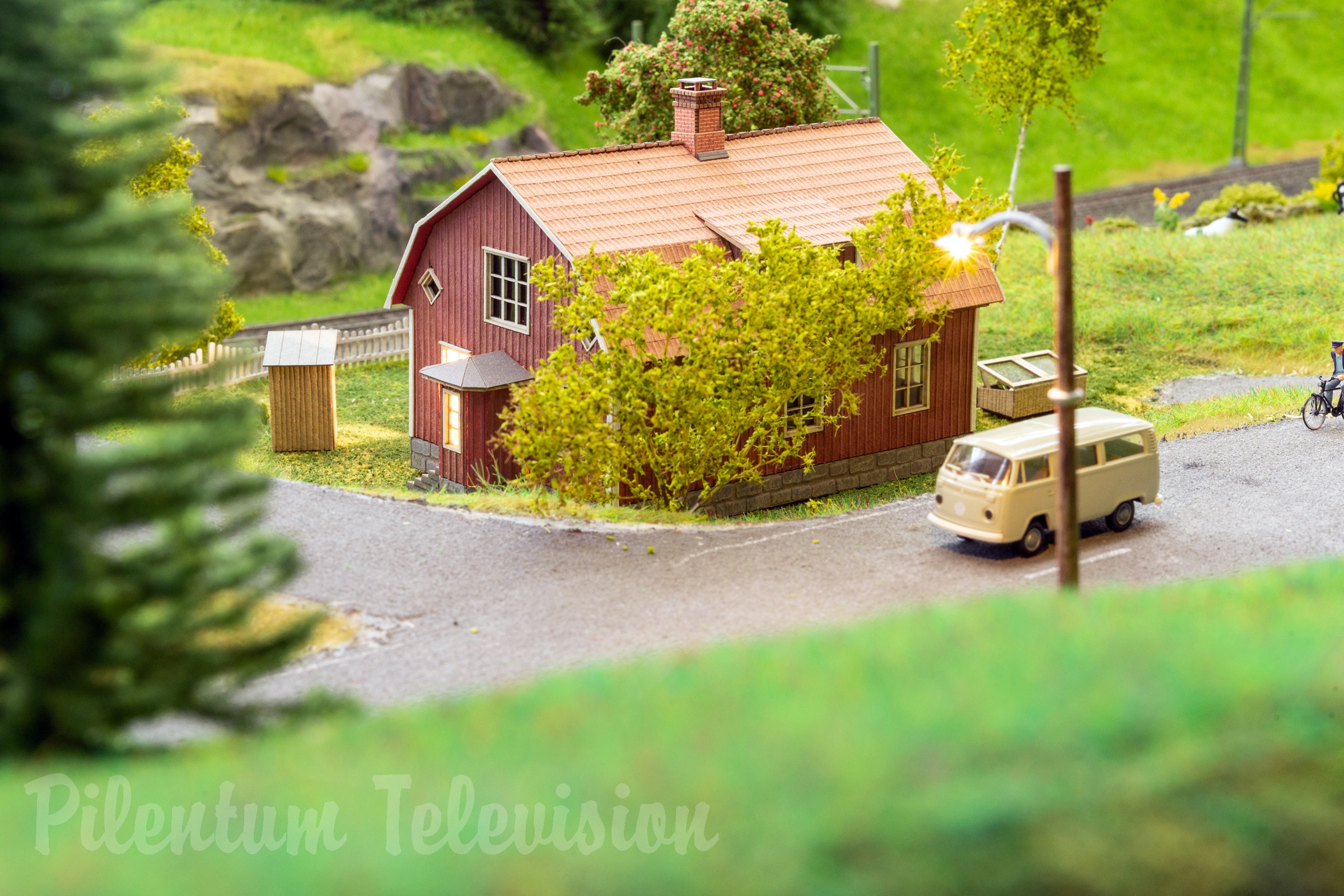 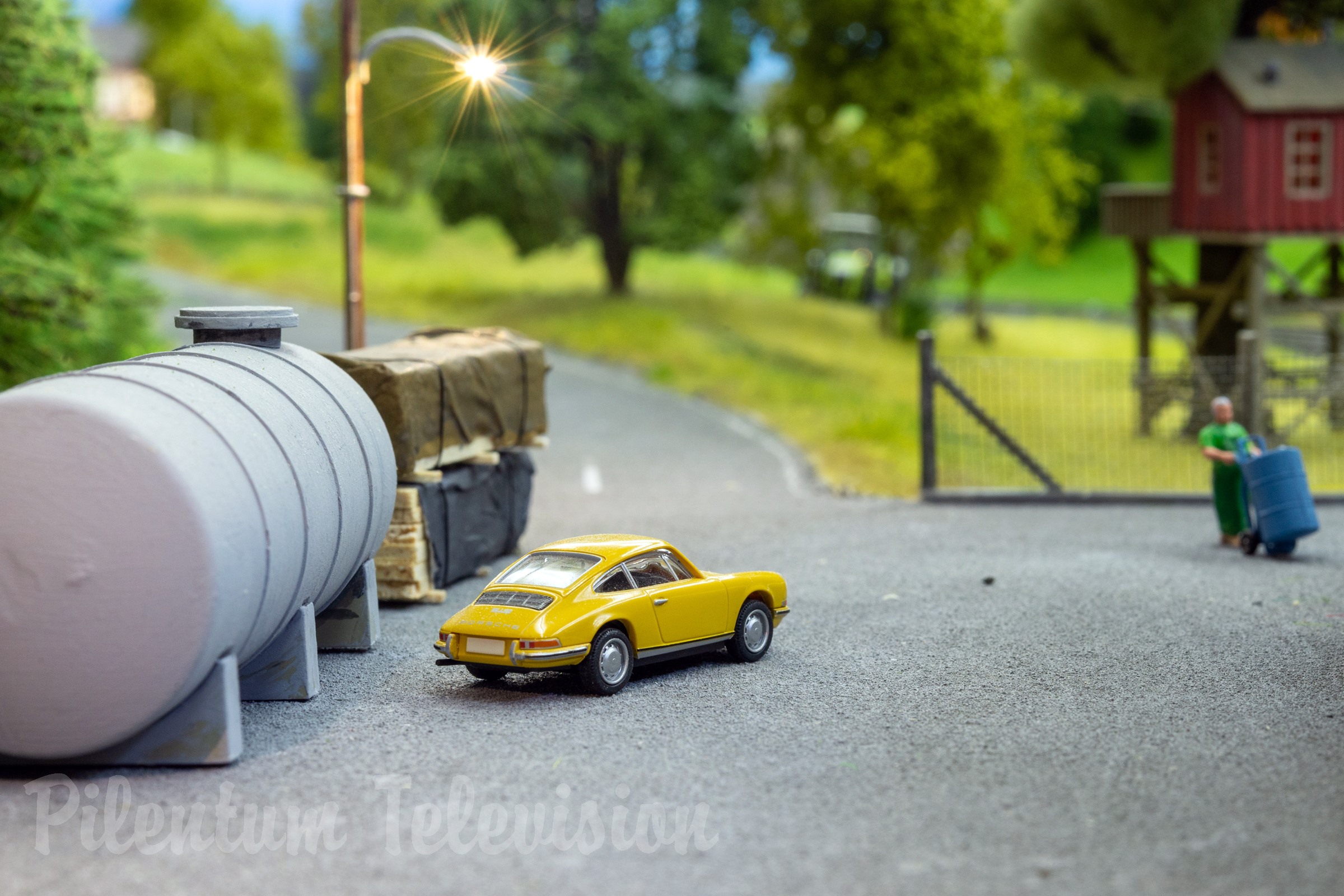 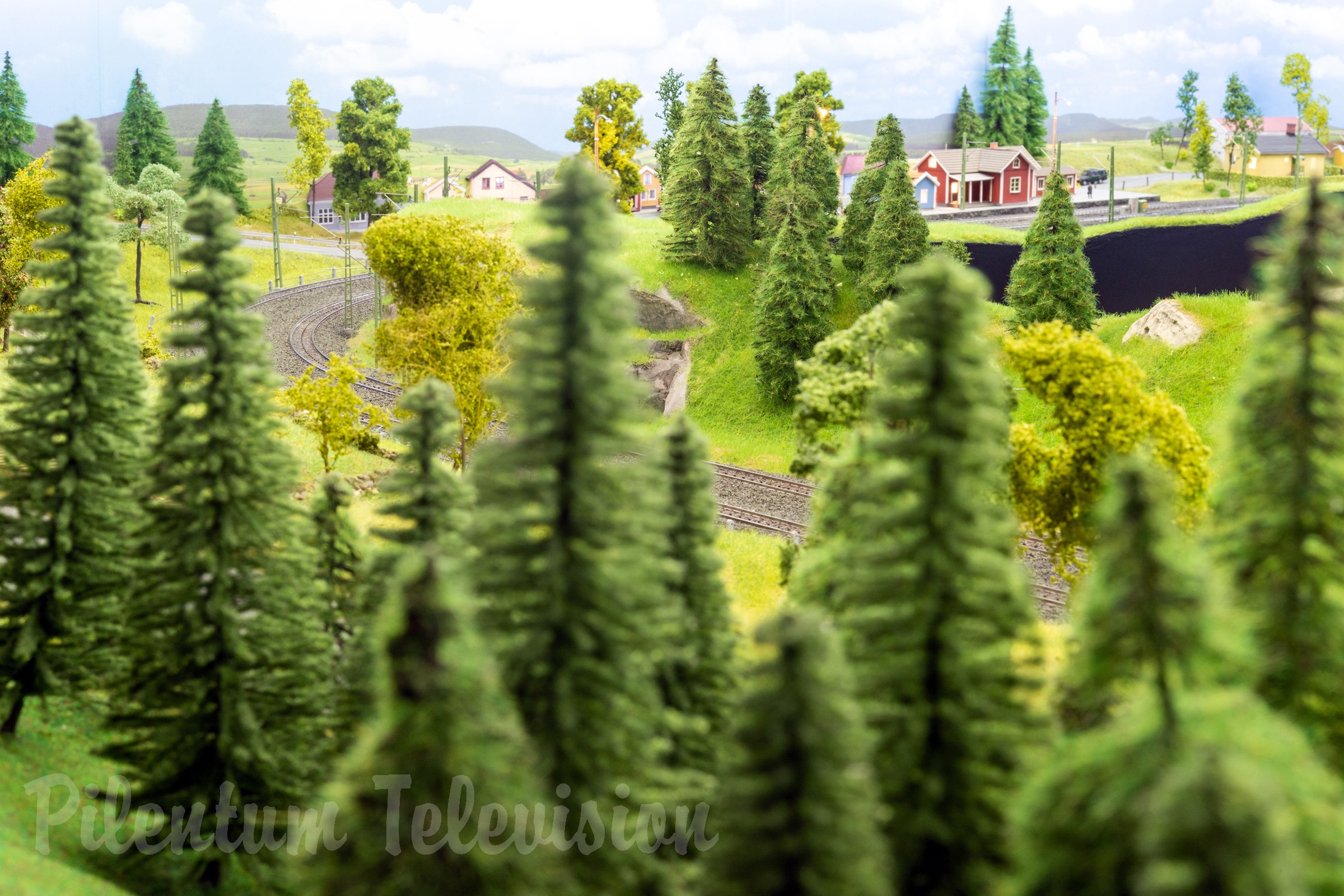 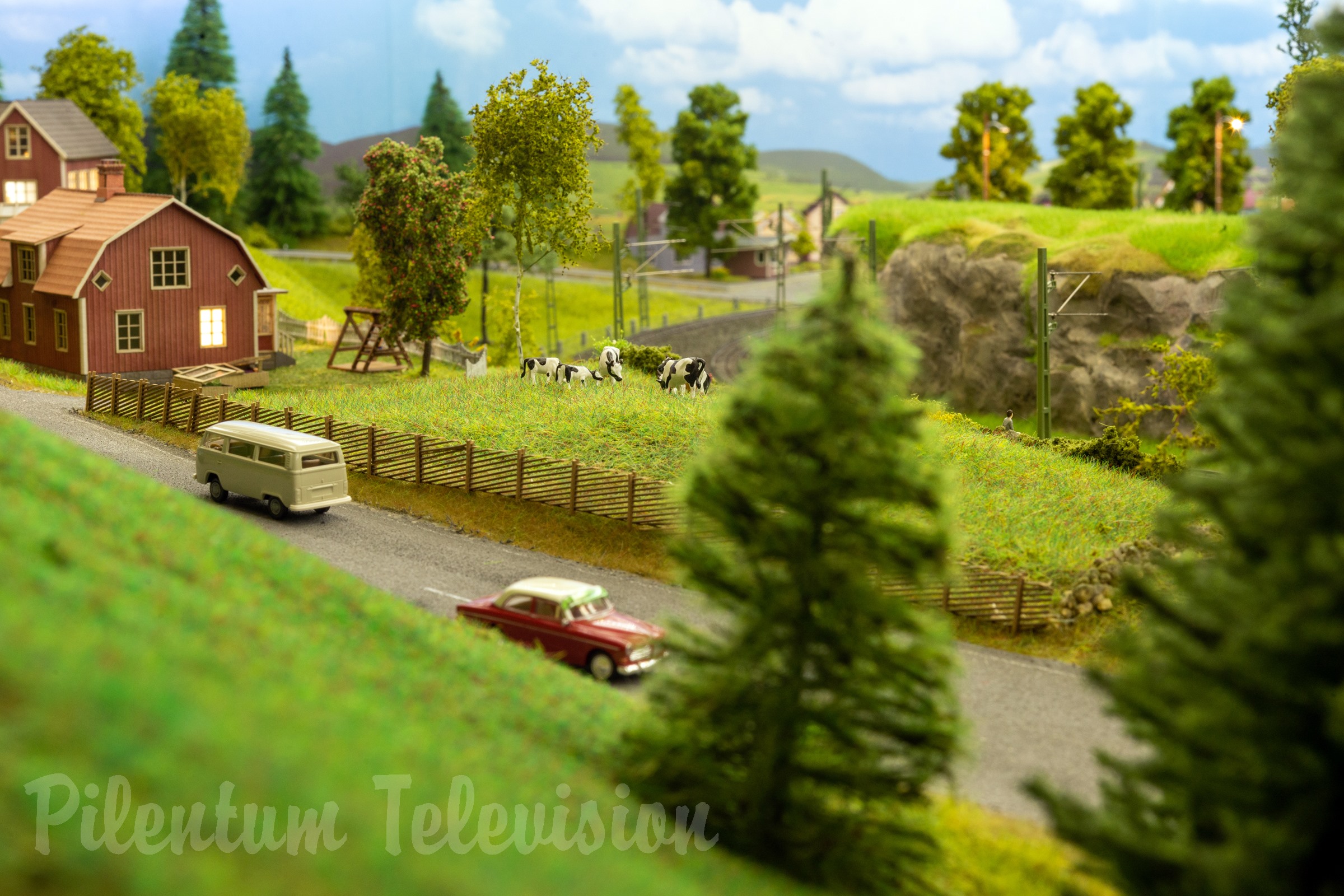 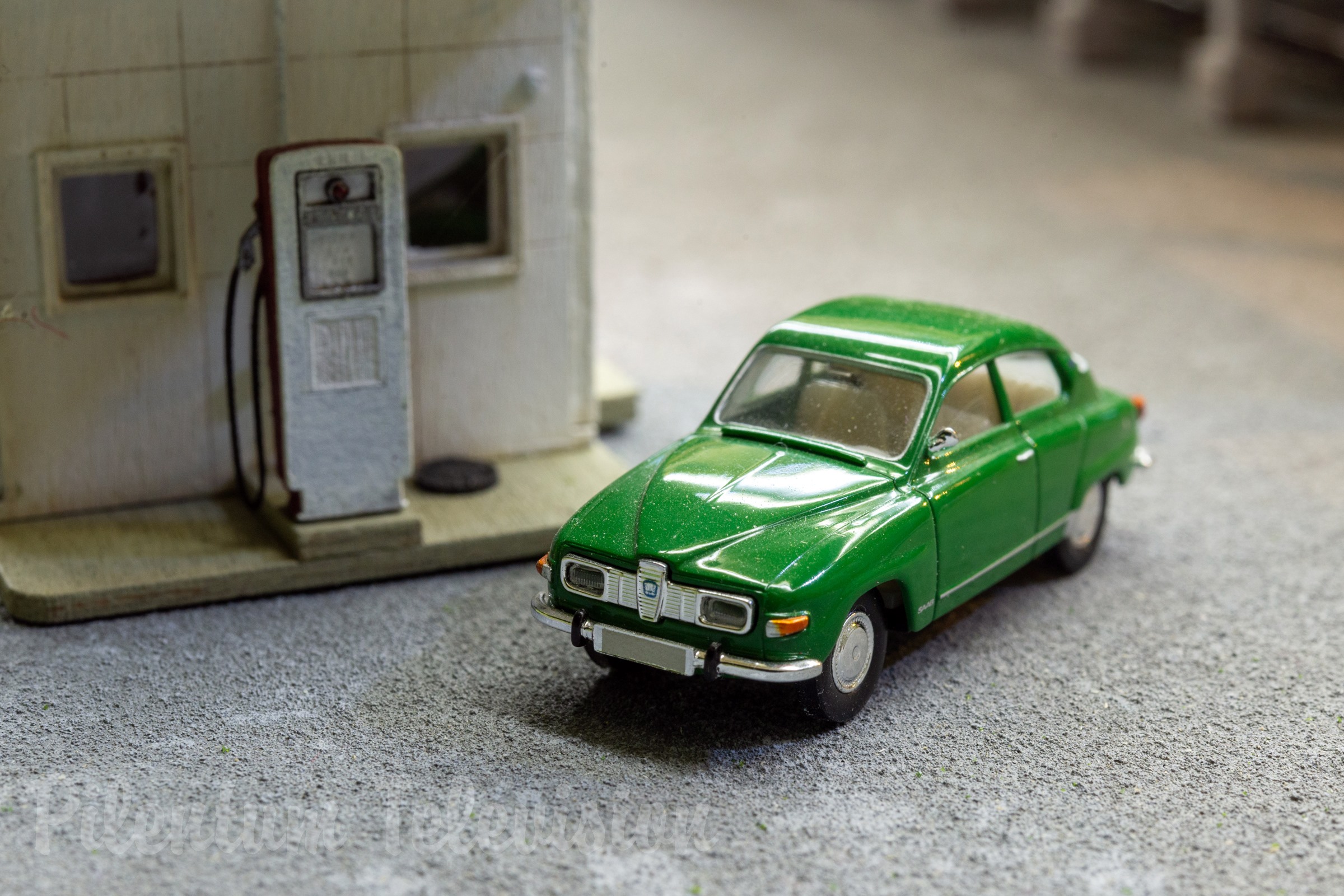 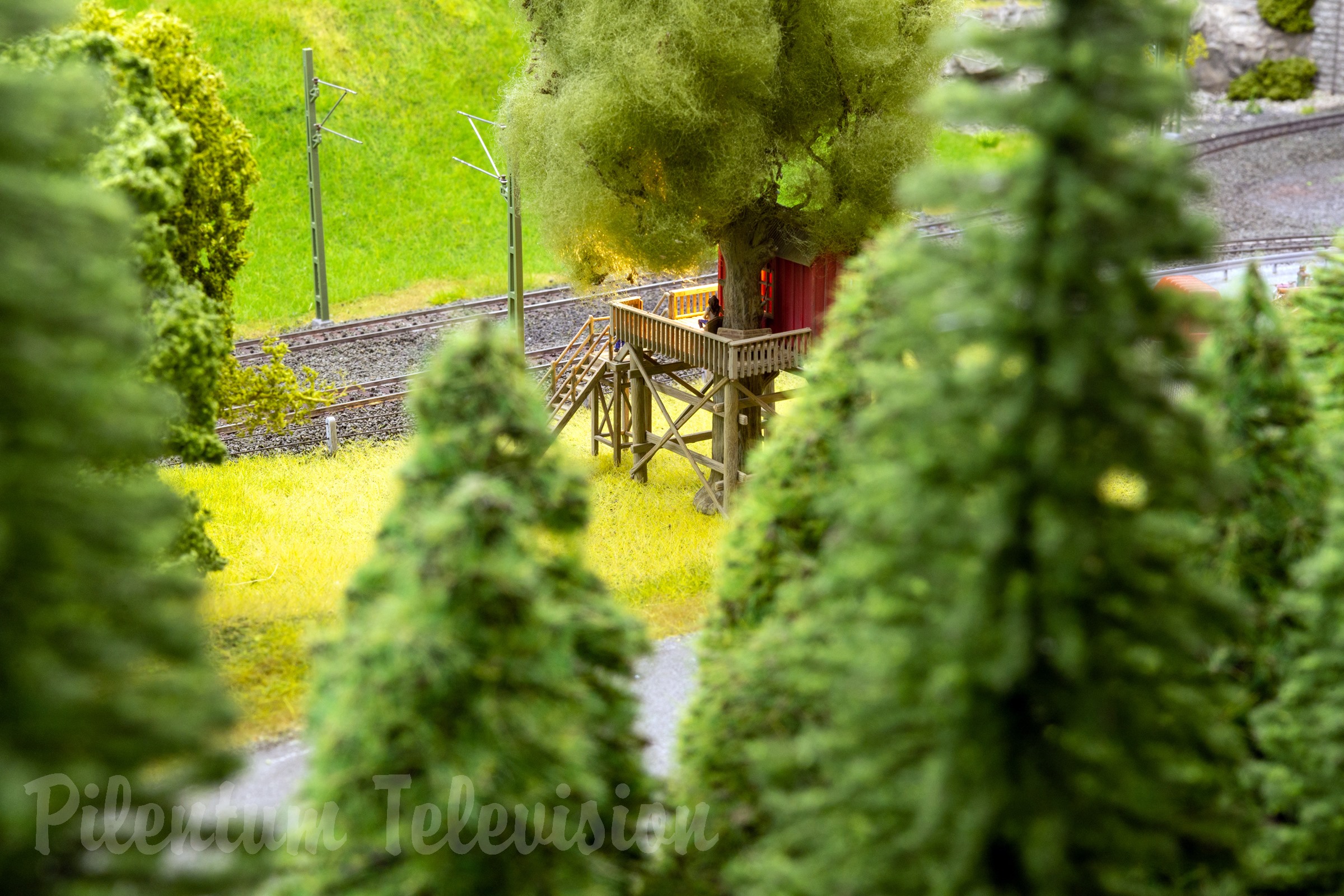 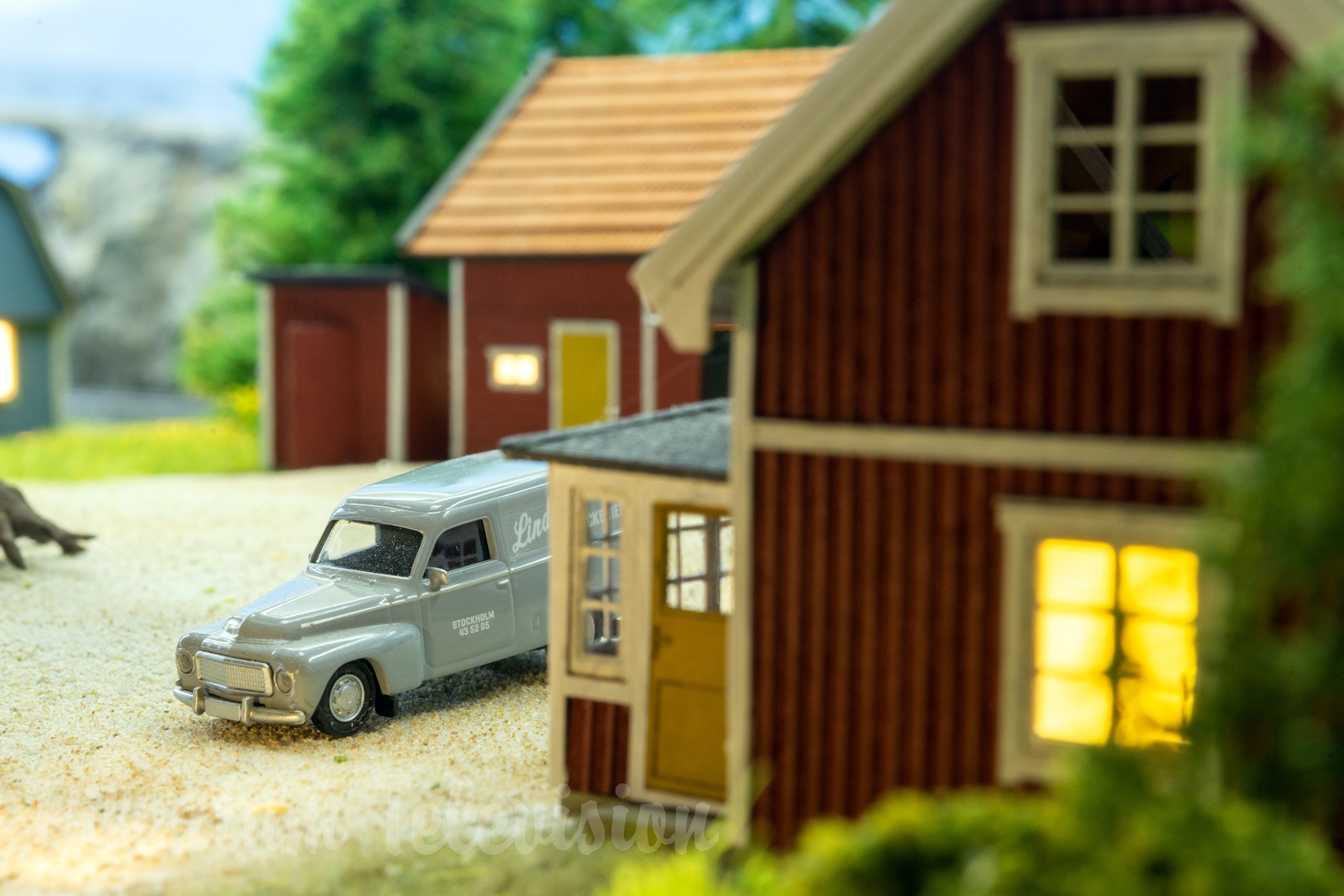 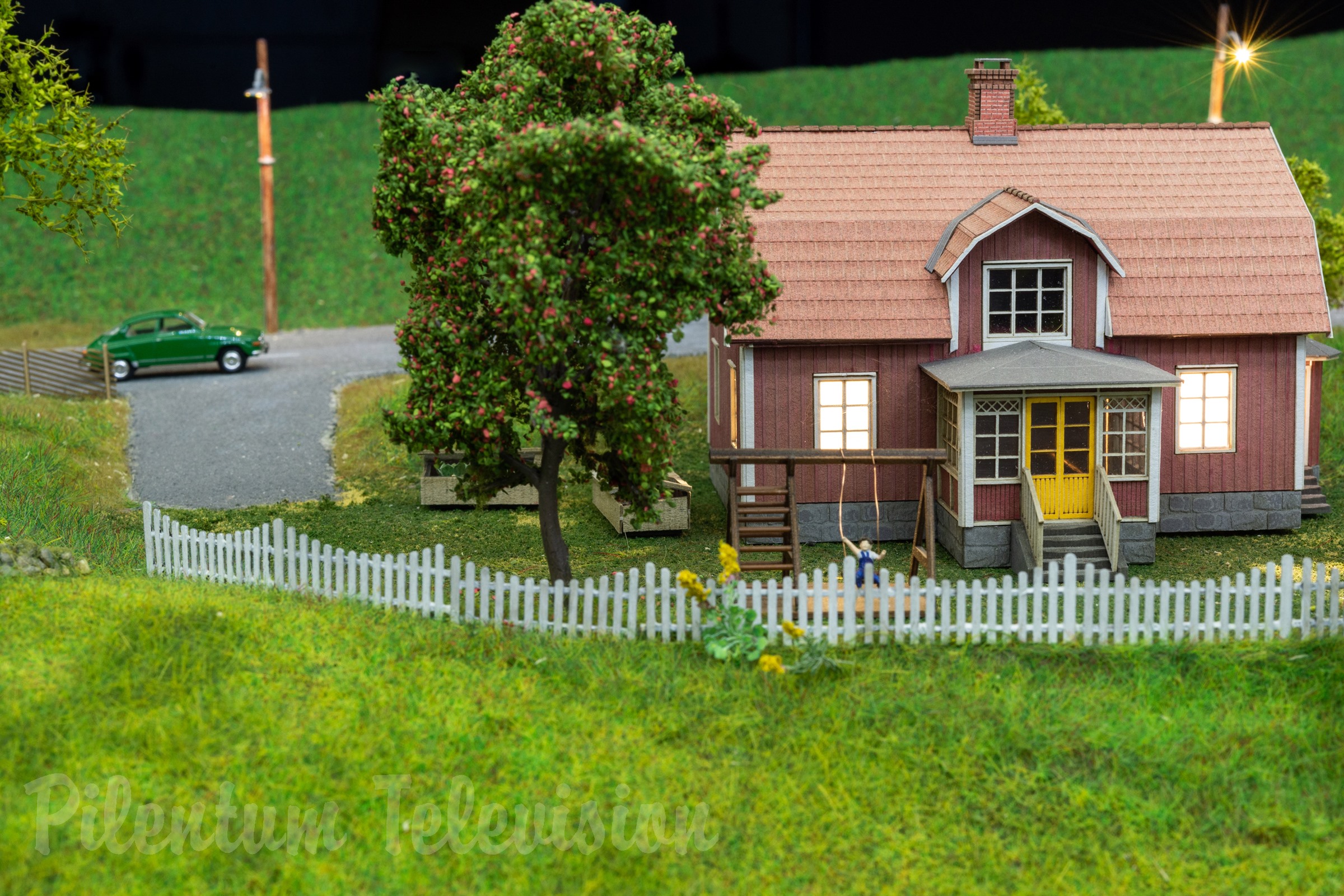 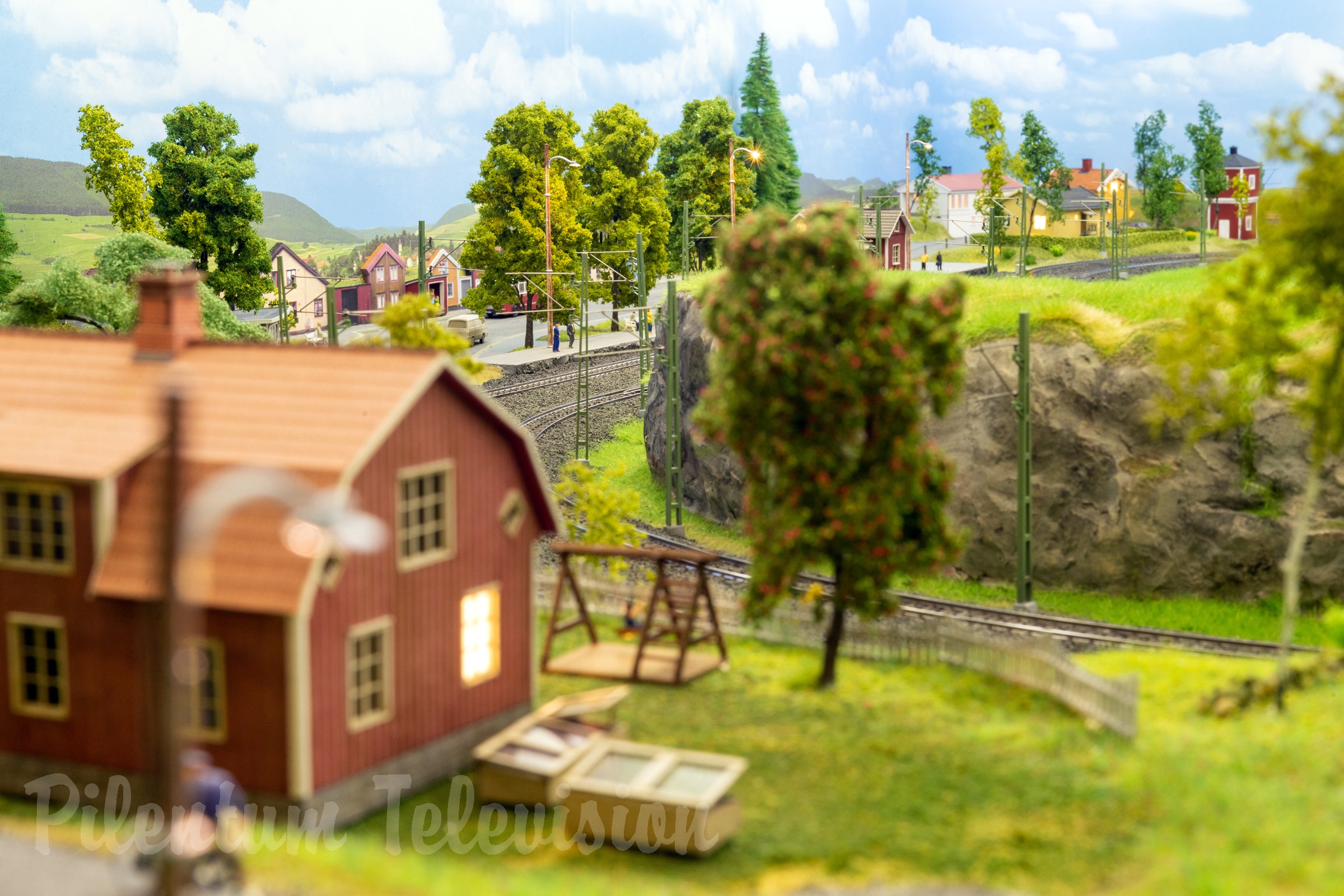 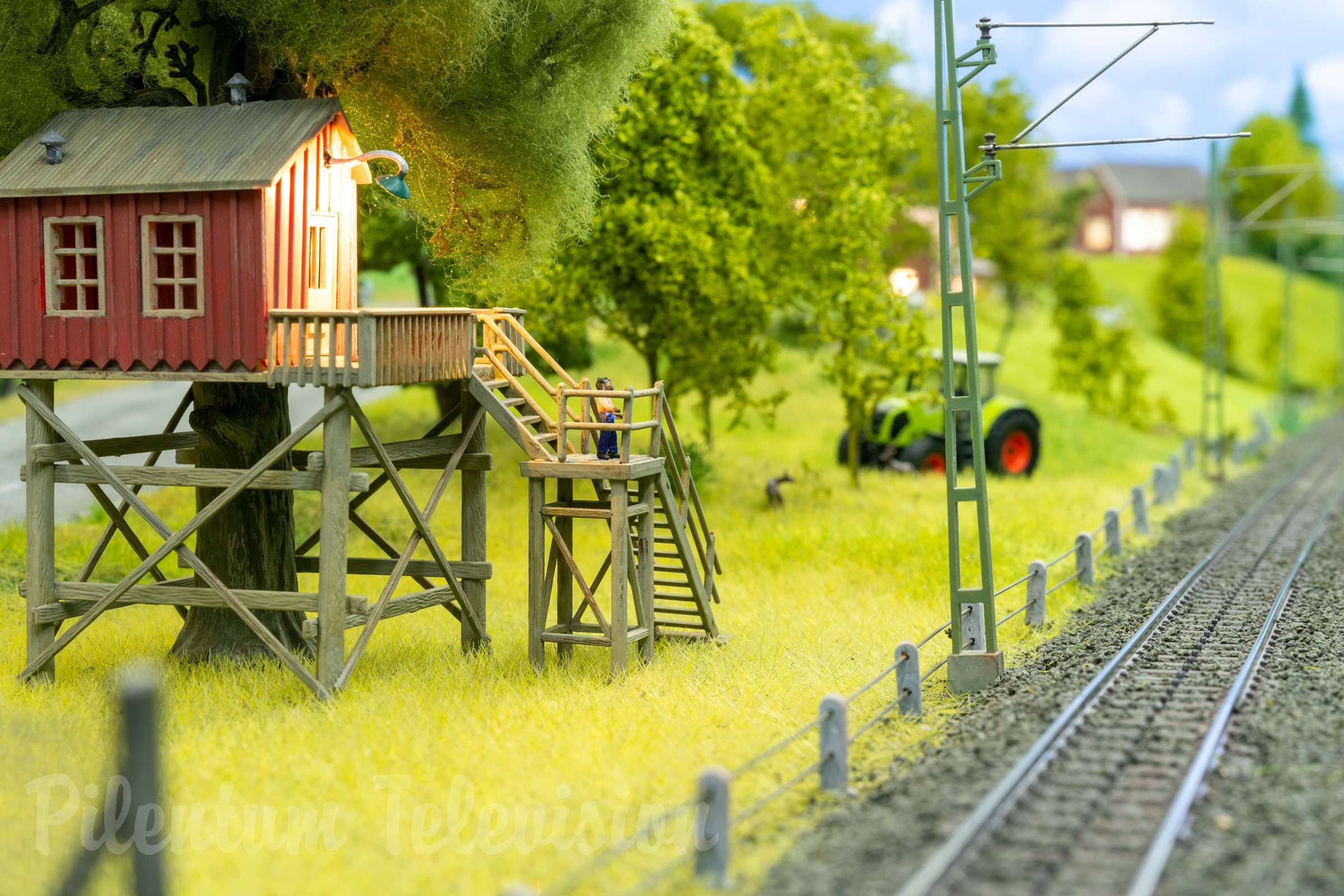 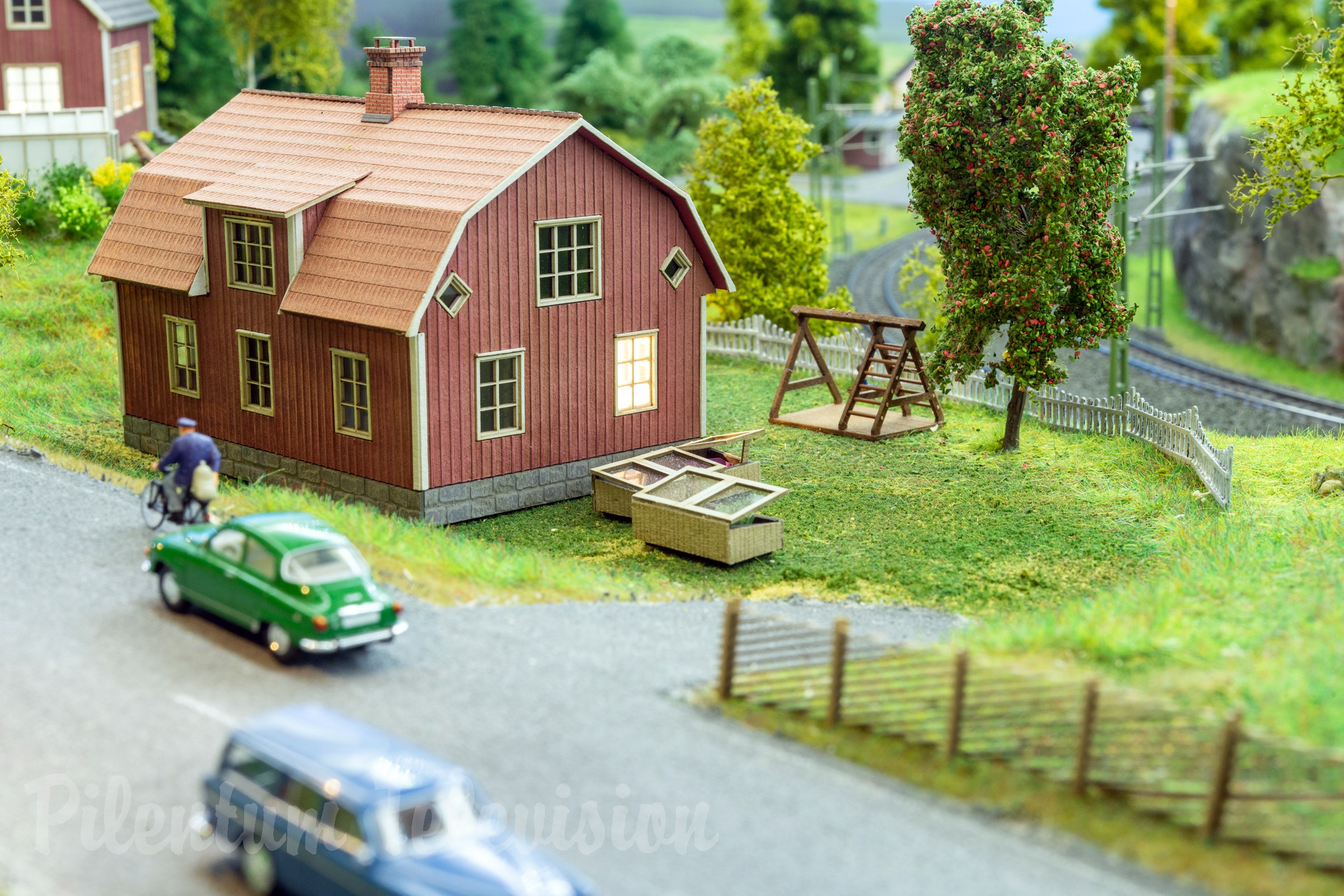 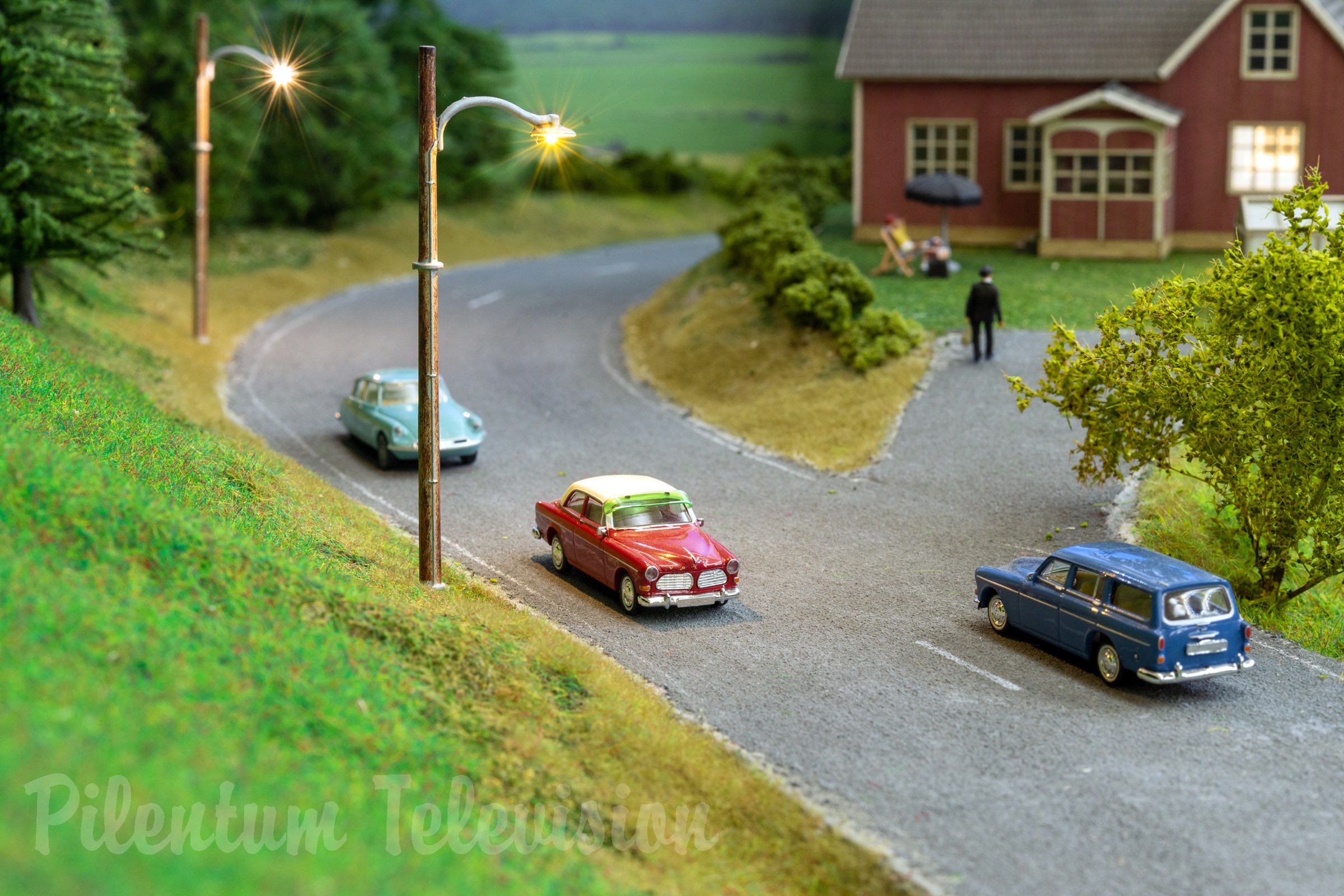