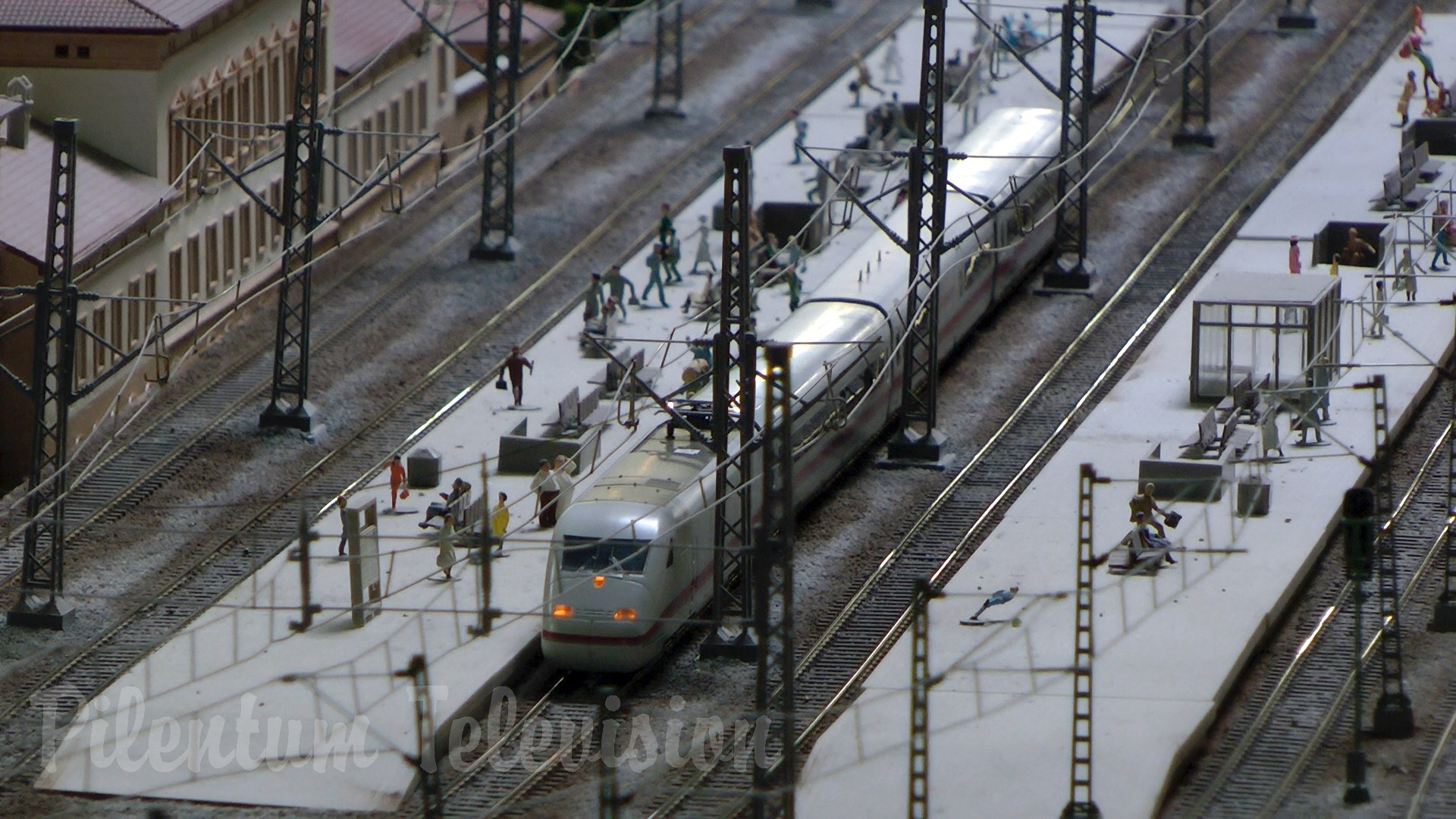 In this video, Pilentum presents a model railway layout that was built in H0 gauge. The layout is located in a former furniture store which is used as a model train museum today. There are several German model trains, a railway station and buildings. And, there are a bridge or viaduct, a horse racing track and much more.