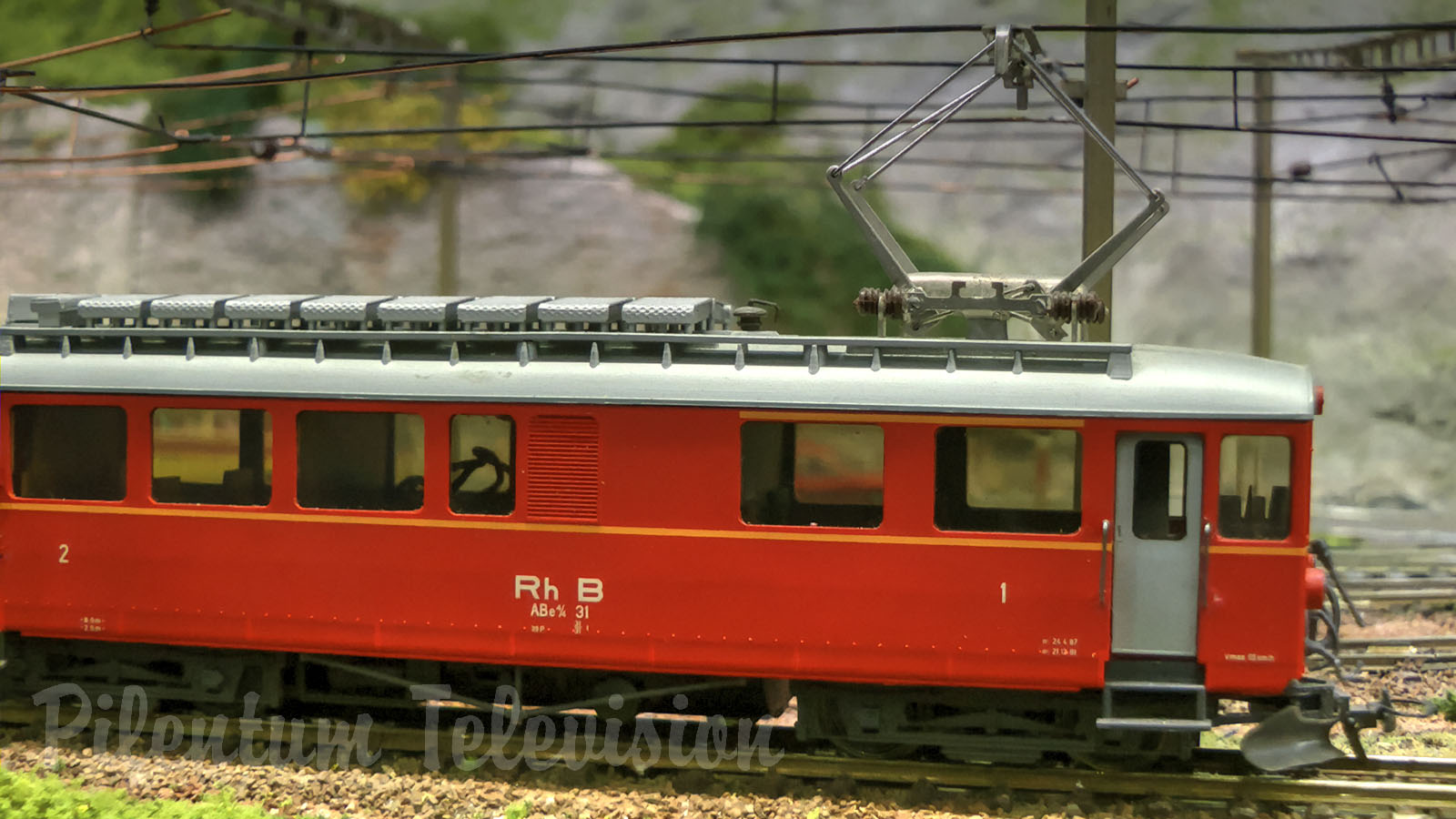 Often many model railway layouts or model railroad layouts are miniature worlds, which are based on the famous Swiss railroad company Rhaetian Railway. This is absolutely natural, because in Switzerland the railroad enjoys a very high status. Therefore in model railroading or railway modelling, it is not surprising that famous railroad lines of cantons in Switzerland are depicted. One of these superb layouts has been created by Niek Talsma from the Netherlands. He calls his layout “Canton of the Grisons Railway”, a narrow-gauge layout based on BEMO model trains that presents the mountain landscape of the Swiss canton of the Grisons.

To reflect this miniature world as realistically as possible, all locomotives run at a speed appropriate to the scale and, of course, with pantographs resting against the catenary wires. In addition, entry and exit signals and signs are installed, which conform to the original Swiss rail traffic regulations. Apart from the train sets, including the famous “Swiss Crocodile” locomotive, many typical details of Switzerland are integrated on this model railway layout, such as the mountain landscape with great bridges, yellow post buses, mountains and much more. On the model railroad layout both passenger trains and freight trains run on single-track lines, which have been captured by Pilentum in various camera angles in this video. 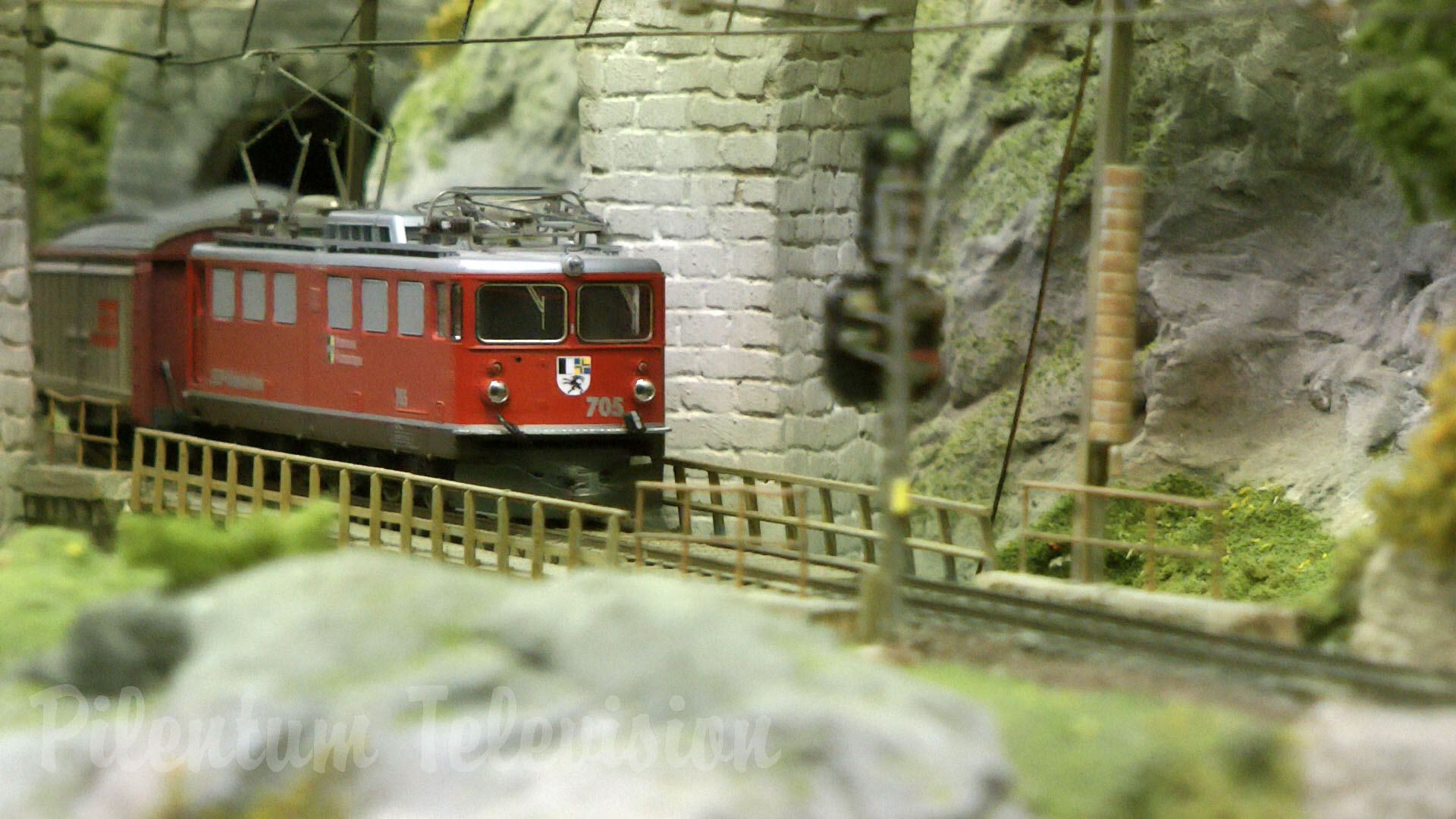 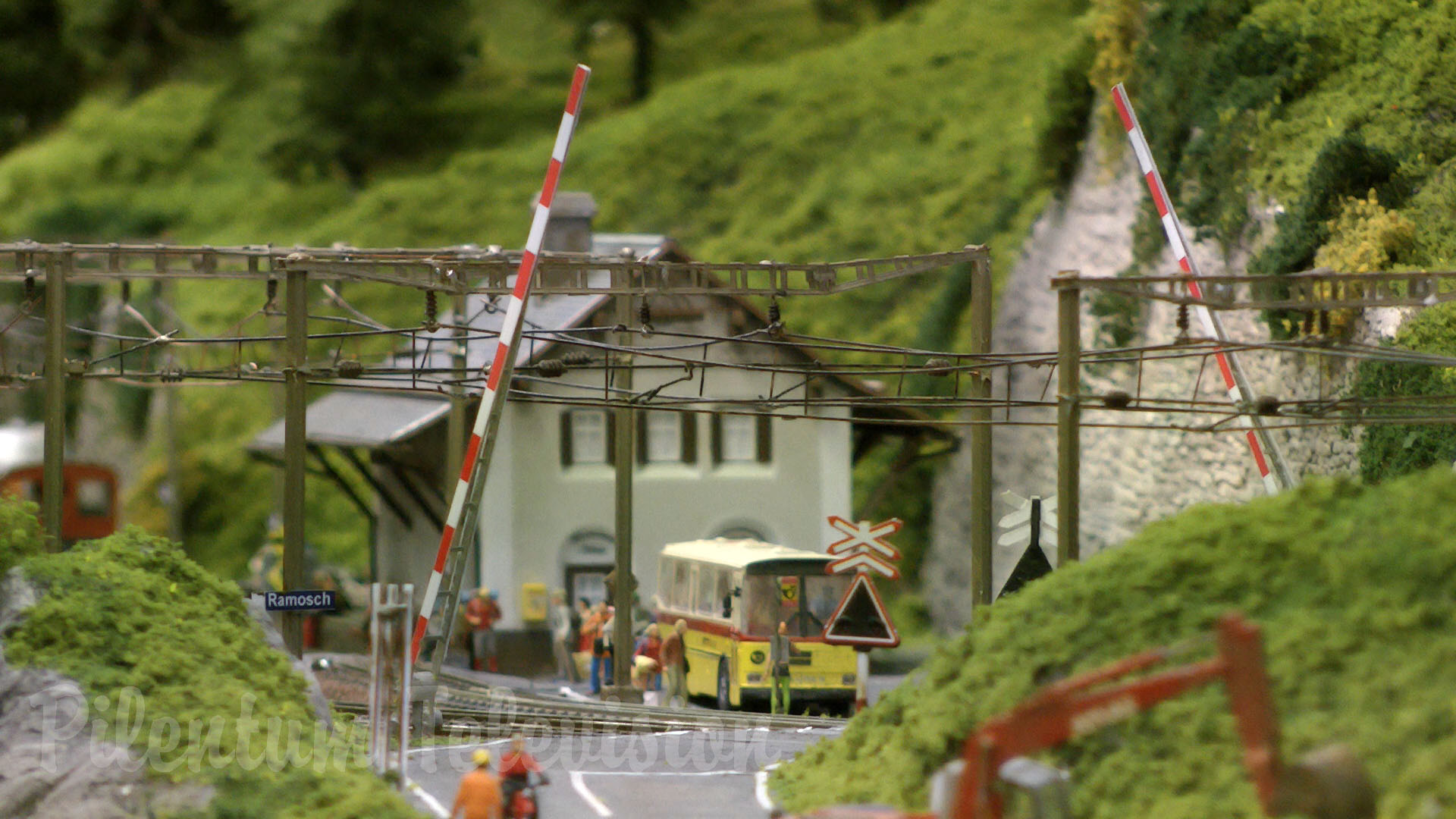 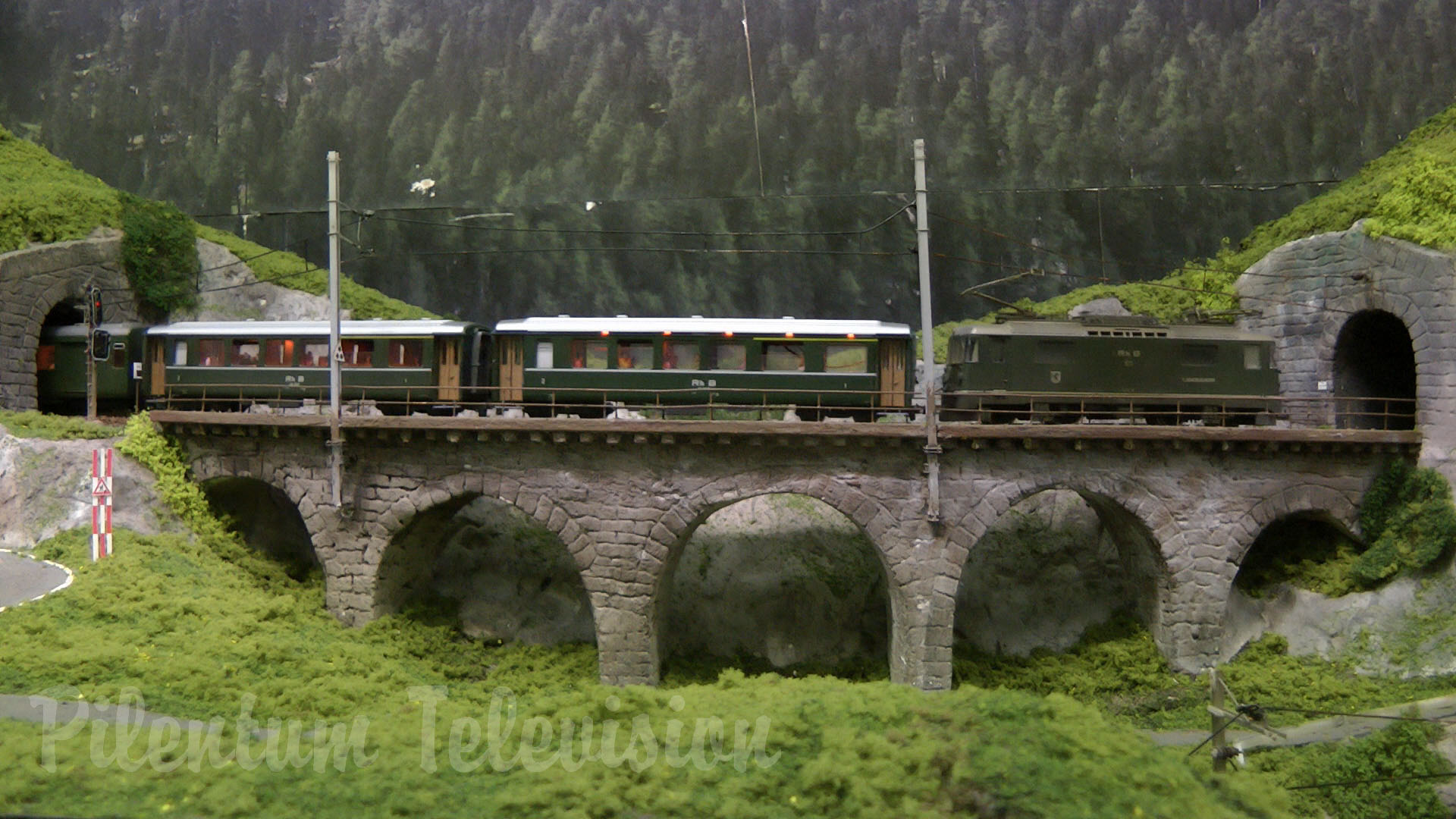 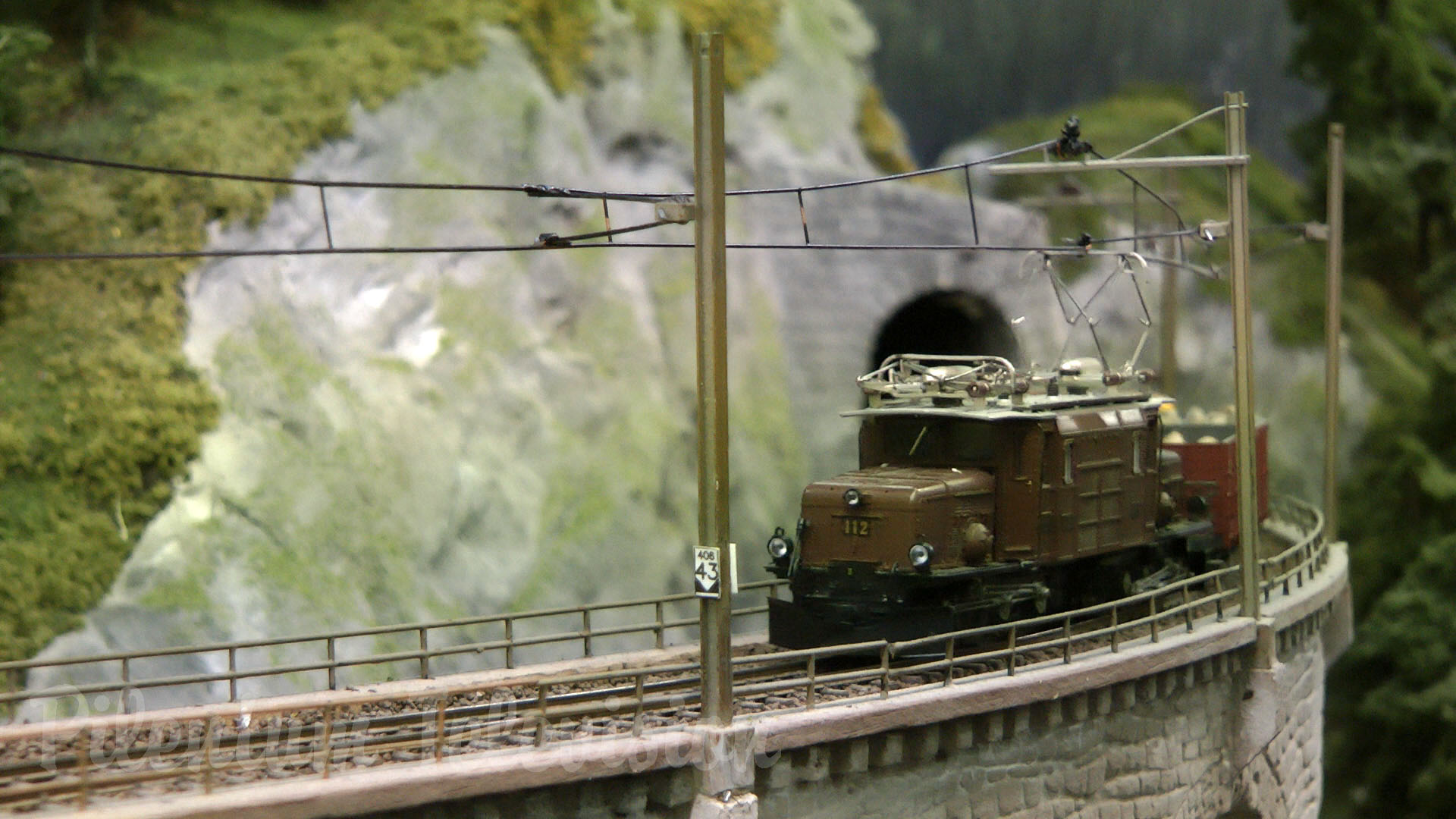 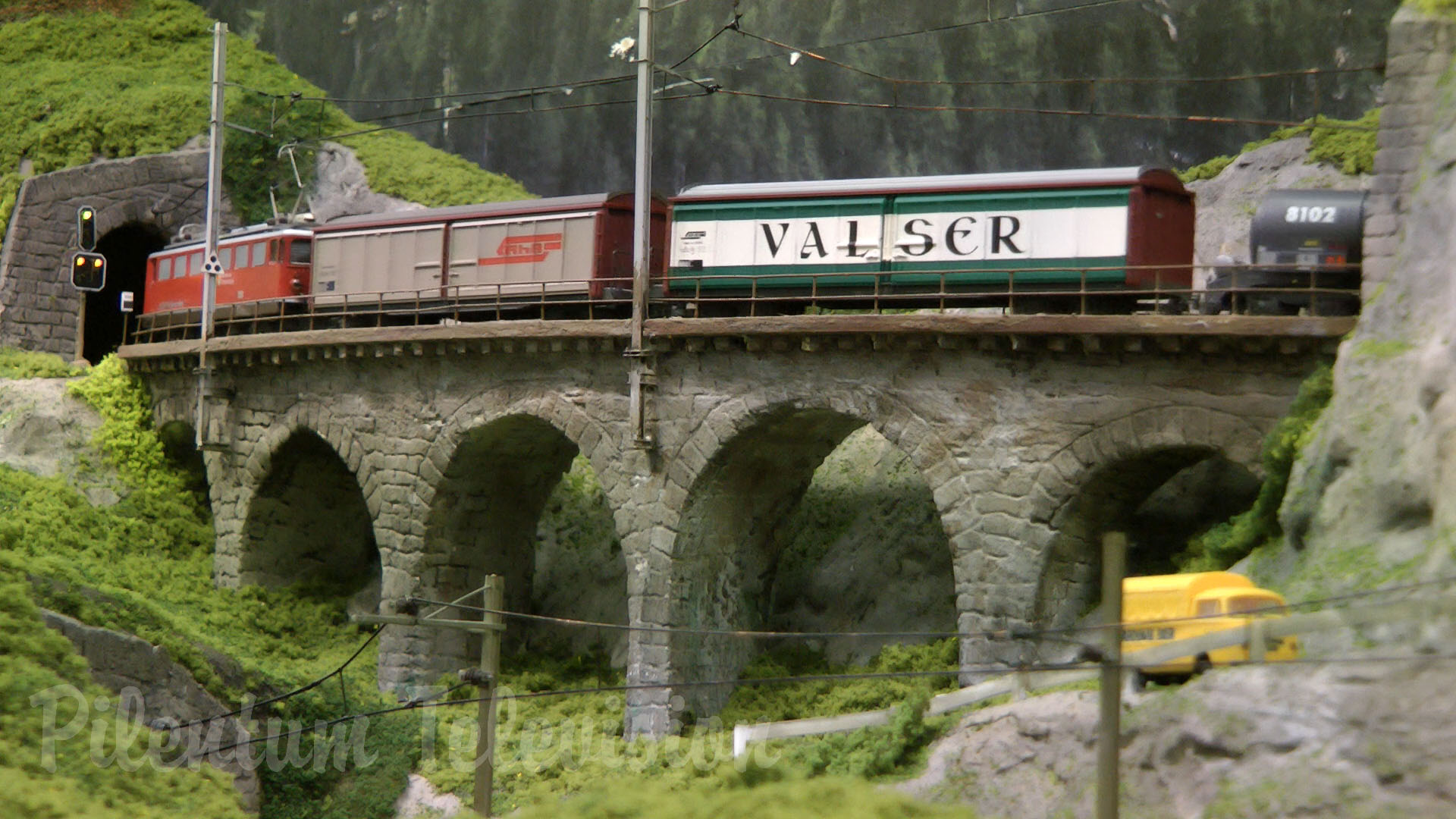 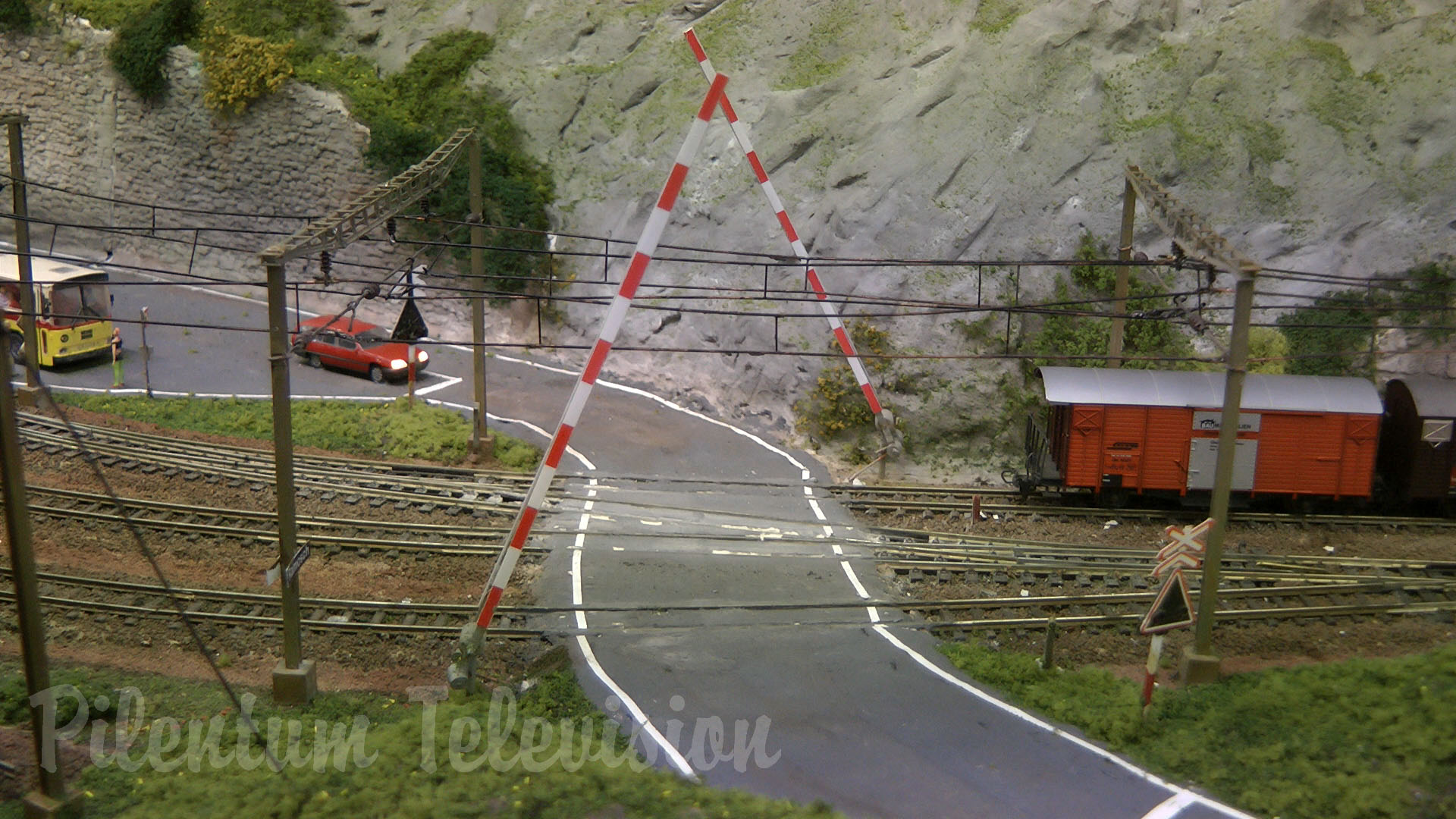 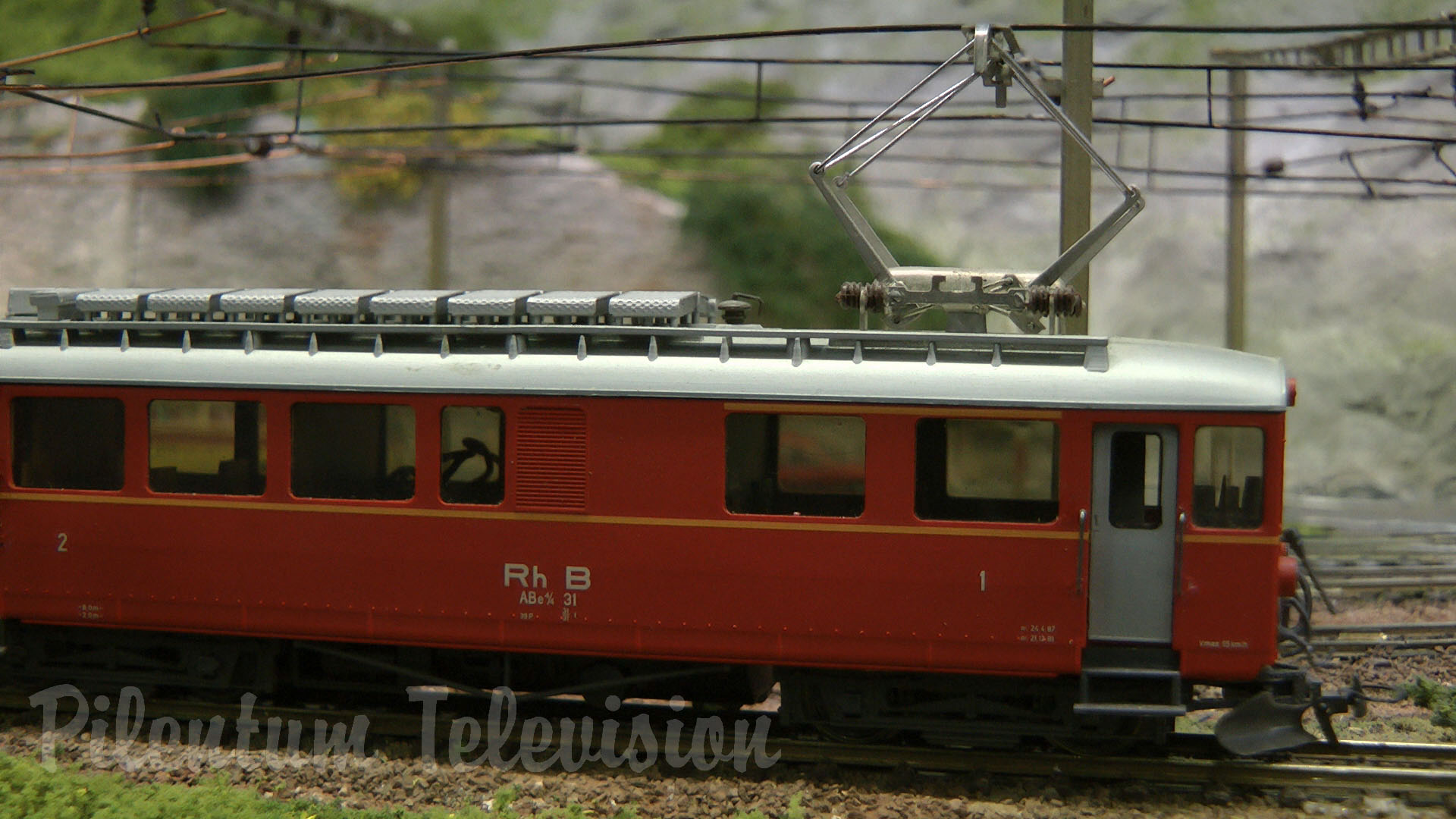 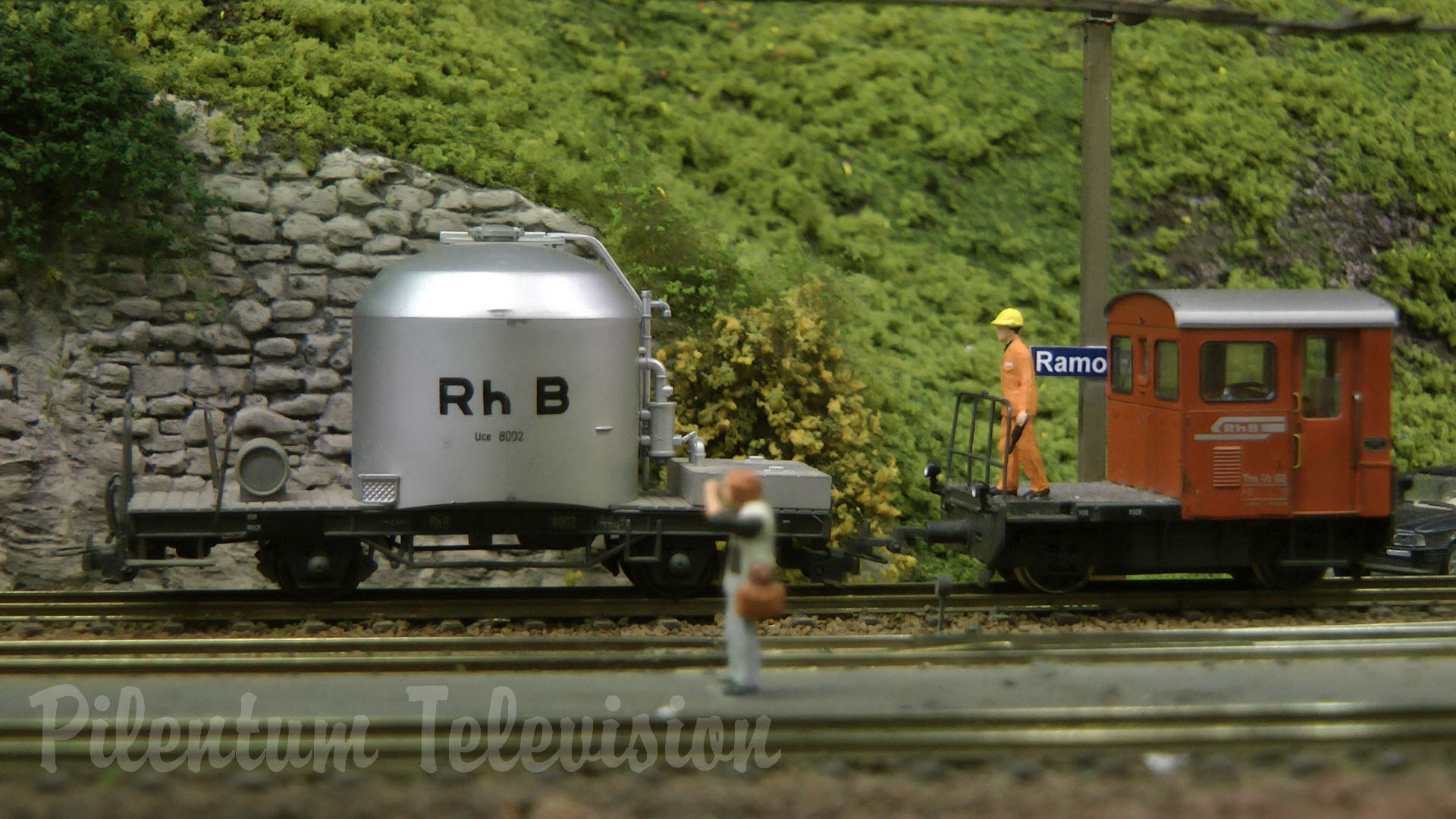 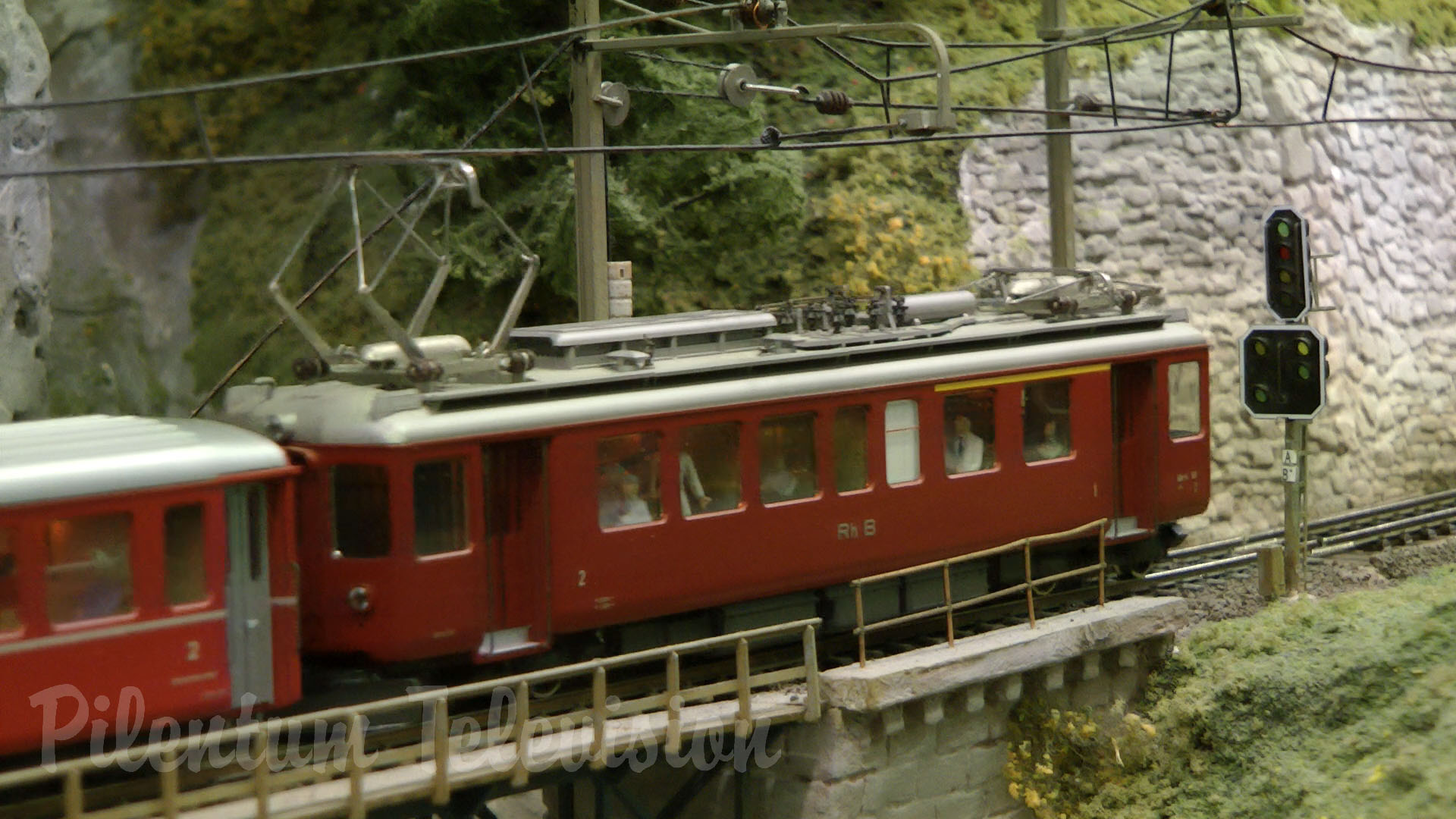 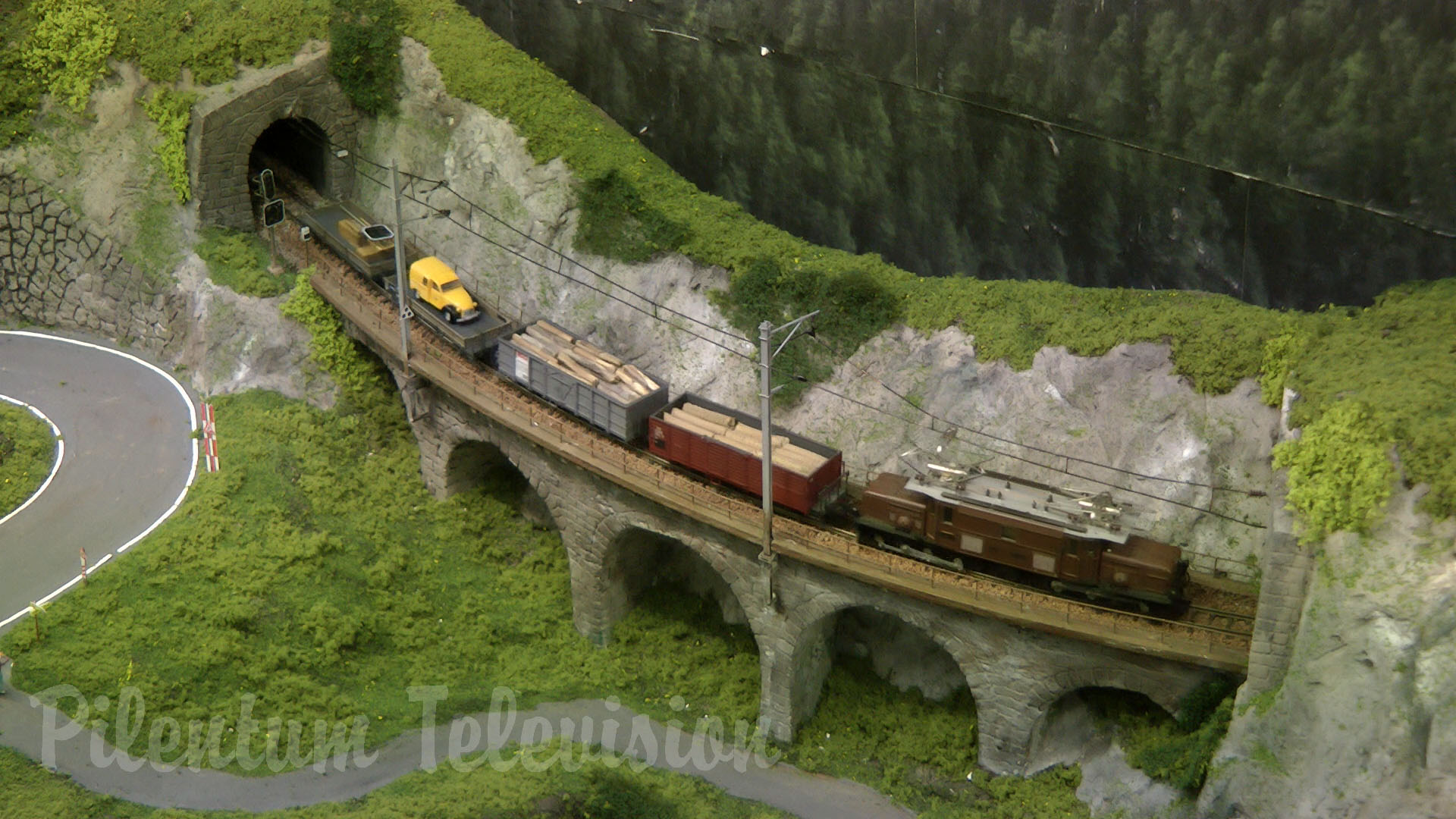 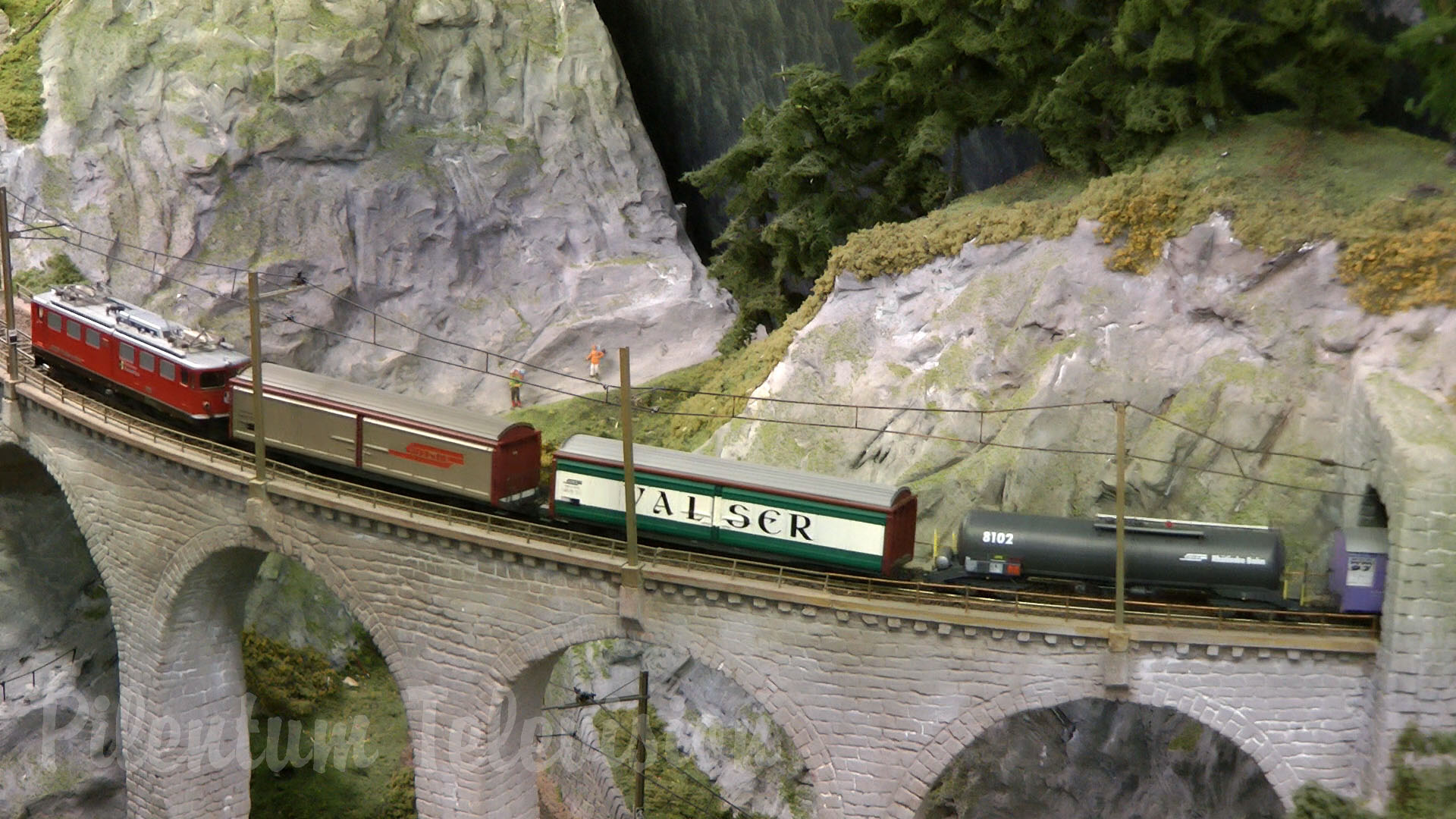 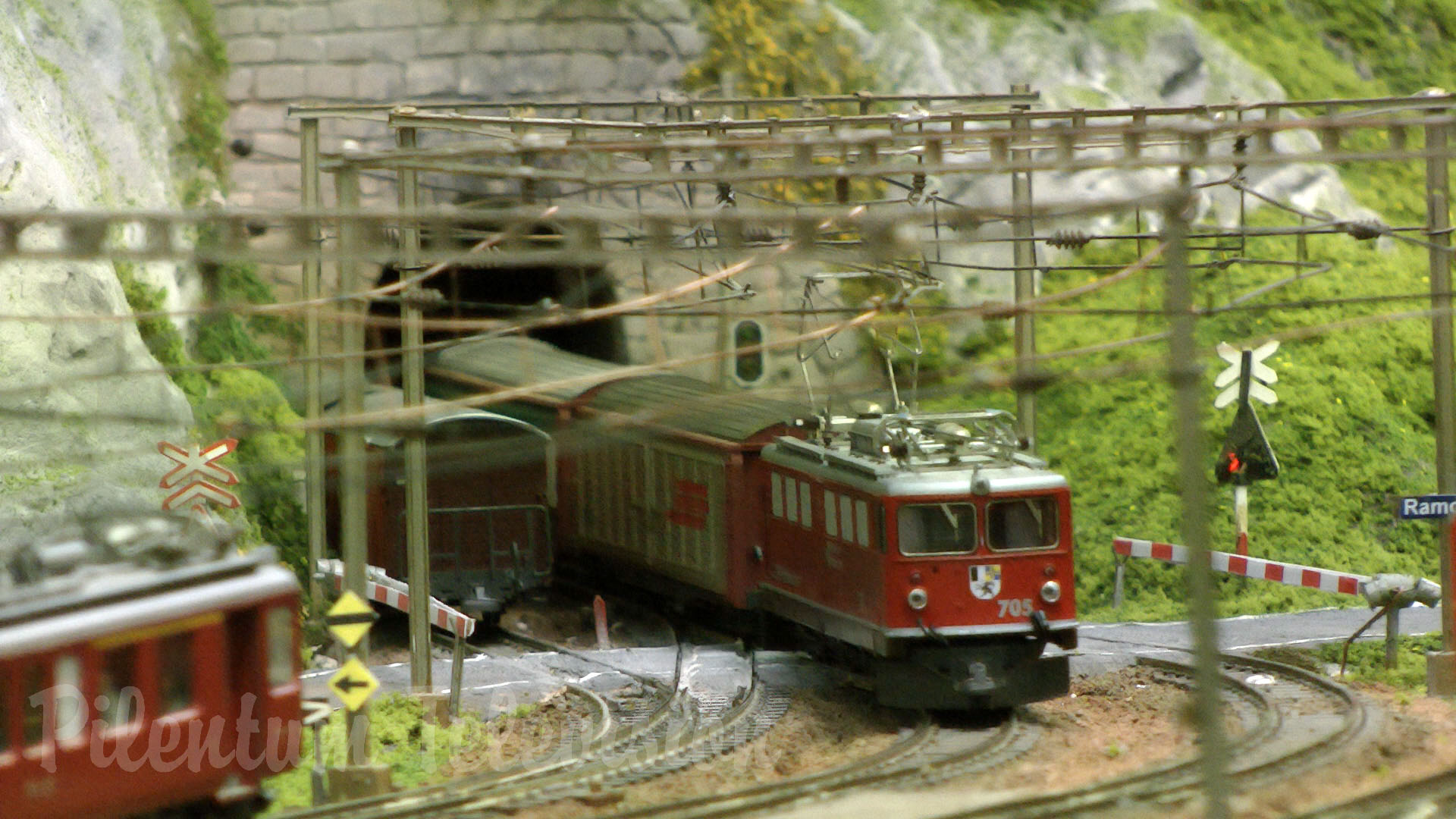