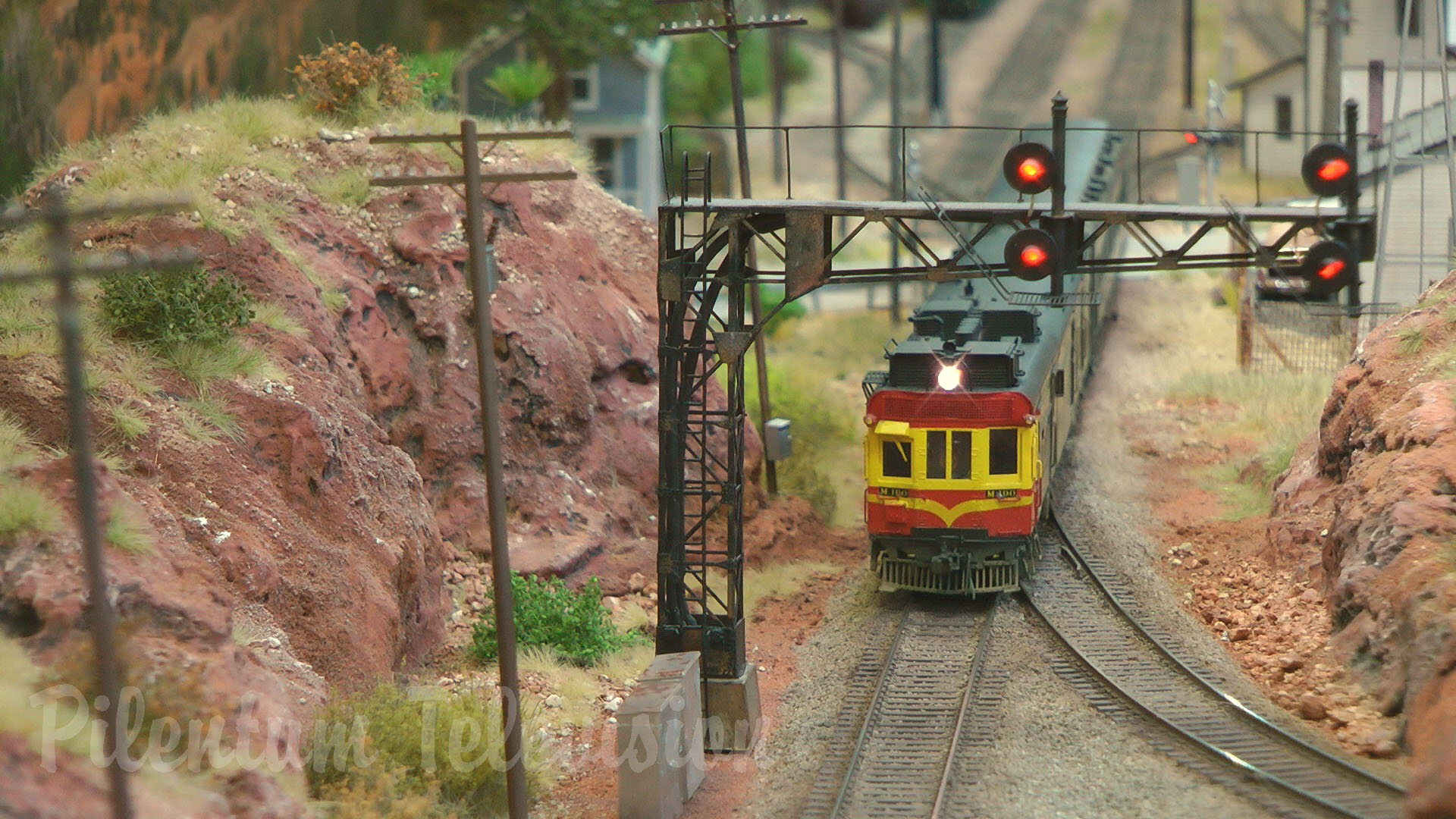 This beautiful HO scale model railroad layout, including steam and diesel locomotives, depicts the Atchison, Topeka and Santa Fe Railway (“AT&SF” or “ATSF”), which was one of the larger railroads in the United States forming a transcontinental rail route. AT&SF was known for its passenger trains, notably the Chicago-Los Angeles “El Capitan” and “Super Chief”. Also the “Pacific Fruit Express” was certainly well known in the field of freight rail transport.

Due to the lack of abundant water sources for steam trains in the American desert, the Santa Fe Railway was among the first railroads to receive large numbers of streamlined diesel locomotives for use in freight service, in the form of the EMD FT. For the first EMD FT locomotives the railroad selected a color scheme consisting of dark blue accented by a pale yellow stripe up the nose and pale yellow highlights around the cab and along the mesh and framing of openings in the sides of the engine compartment. Finally, the era of steam locomotives is long gone in reality. Santa Fe retired its last steam locomotive in 1959. In 1995/1996 Santa Fe merged with the Burlington Northern Railroad to form the Burlington Northern and Santa Fe Railway (“BNSF”).

That is why we see both steam locomotives and diesel locomotives on this model railroad layout that was built by the Dutch railfan Gerrit Schoenmaker. During his visits to the United States, Gerrit was inspired by the landscape and by the trains. Therefore, he started building this impressive American model railway layout in HO scale after his retirement. The steam model locomotives are 2197 ATSF 3800 Class 2-10-2 by Broadway Limited Imports (BLI). The AT&SF GP-7 Diesel Engine is from MTH Electric Trains (M.T.H.) and the EMD F7 diesel electric locomotive is the Athearn 3203 Santa Fe #228C. 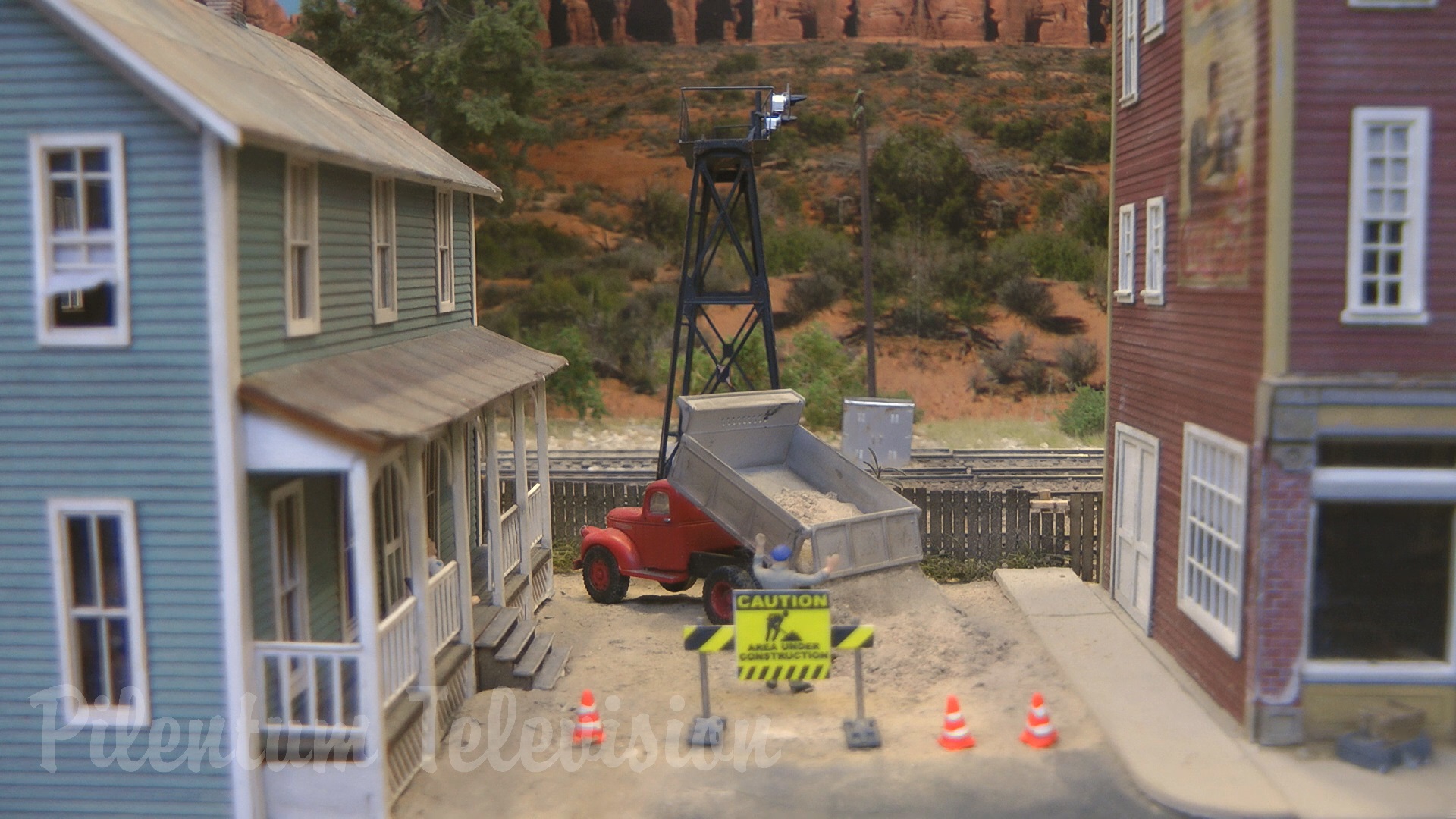 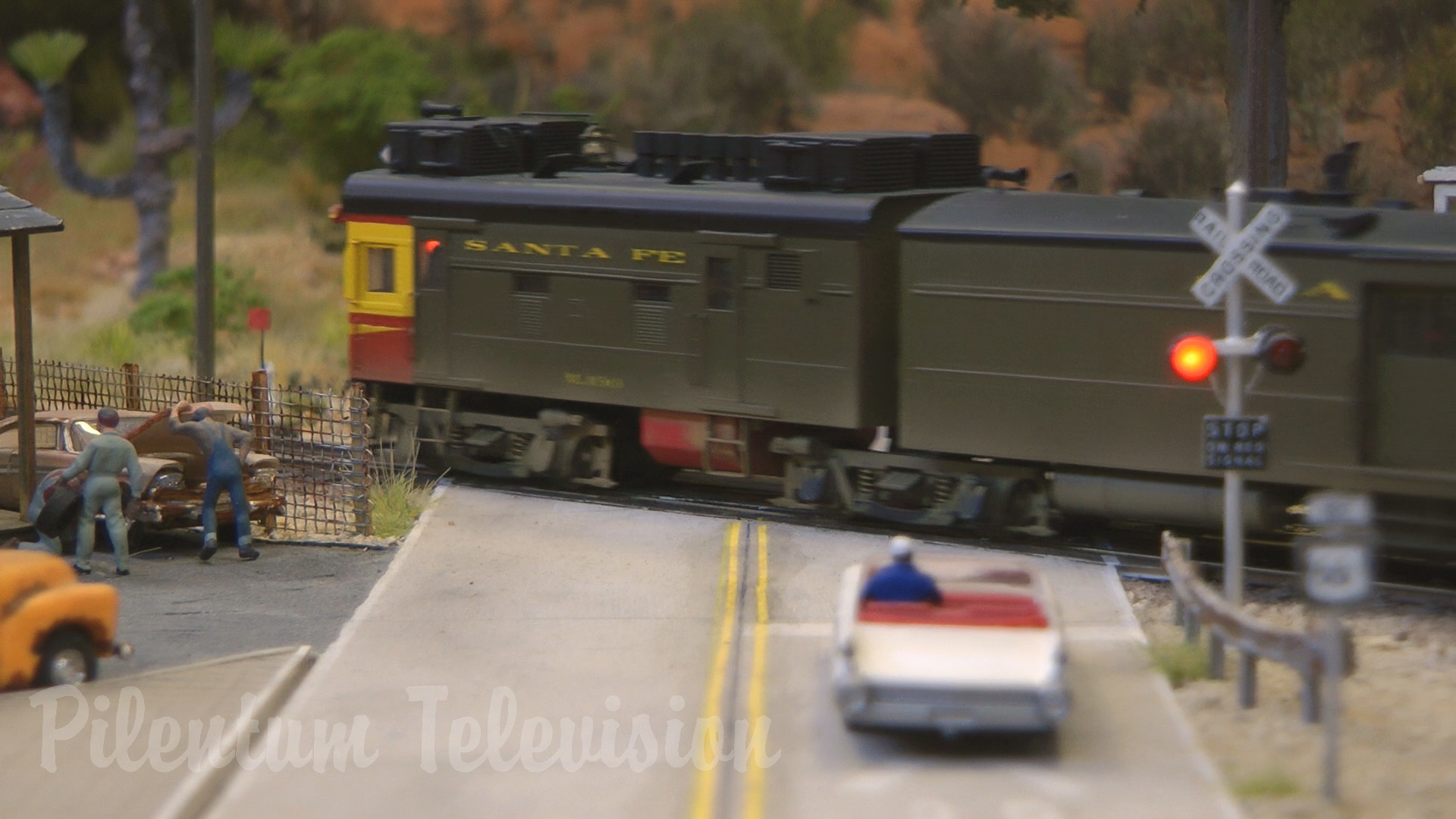 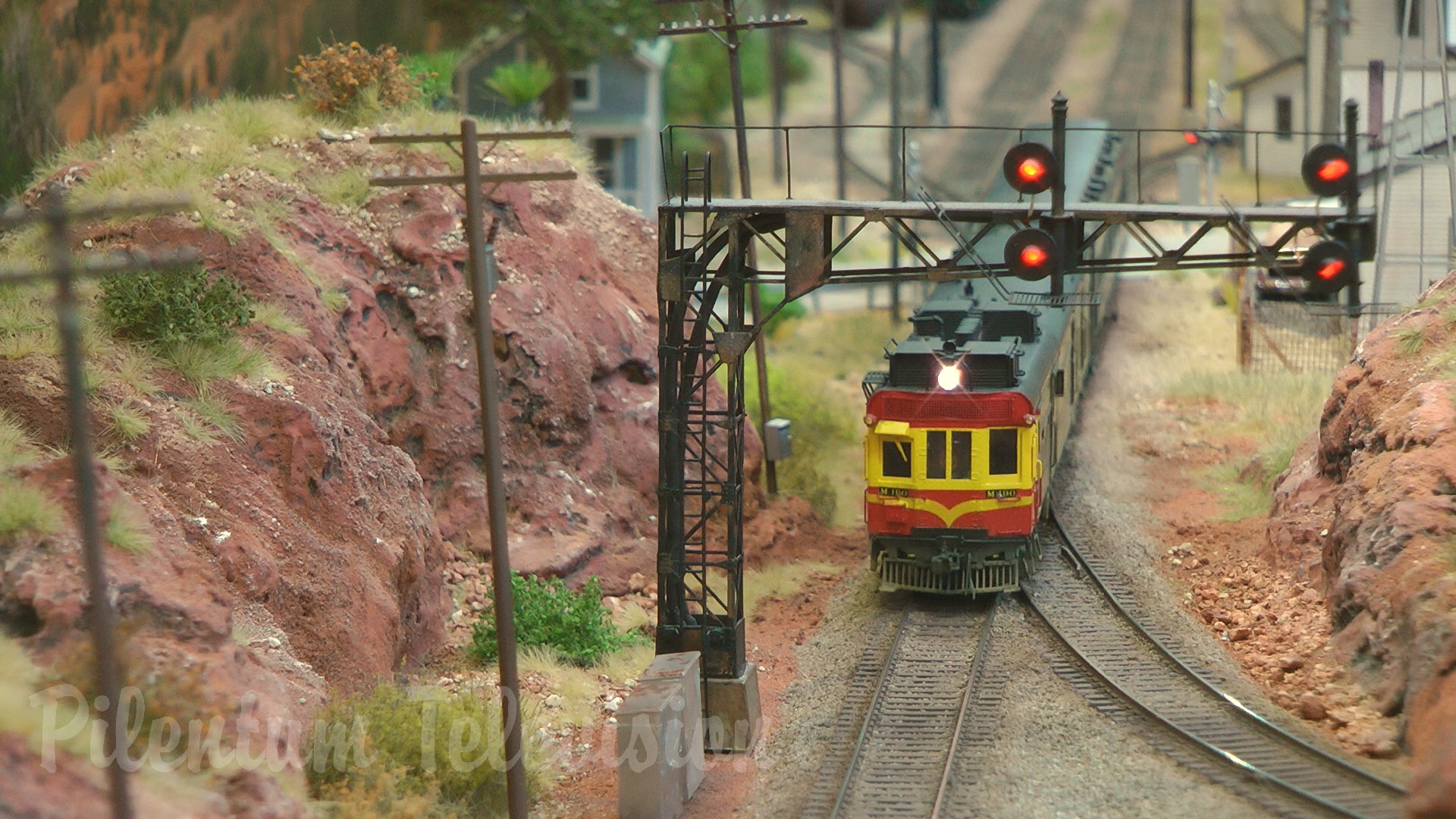 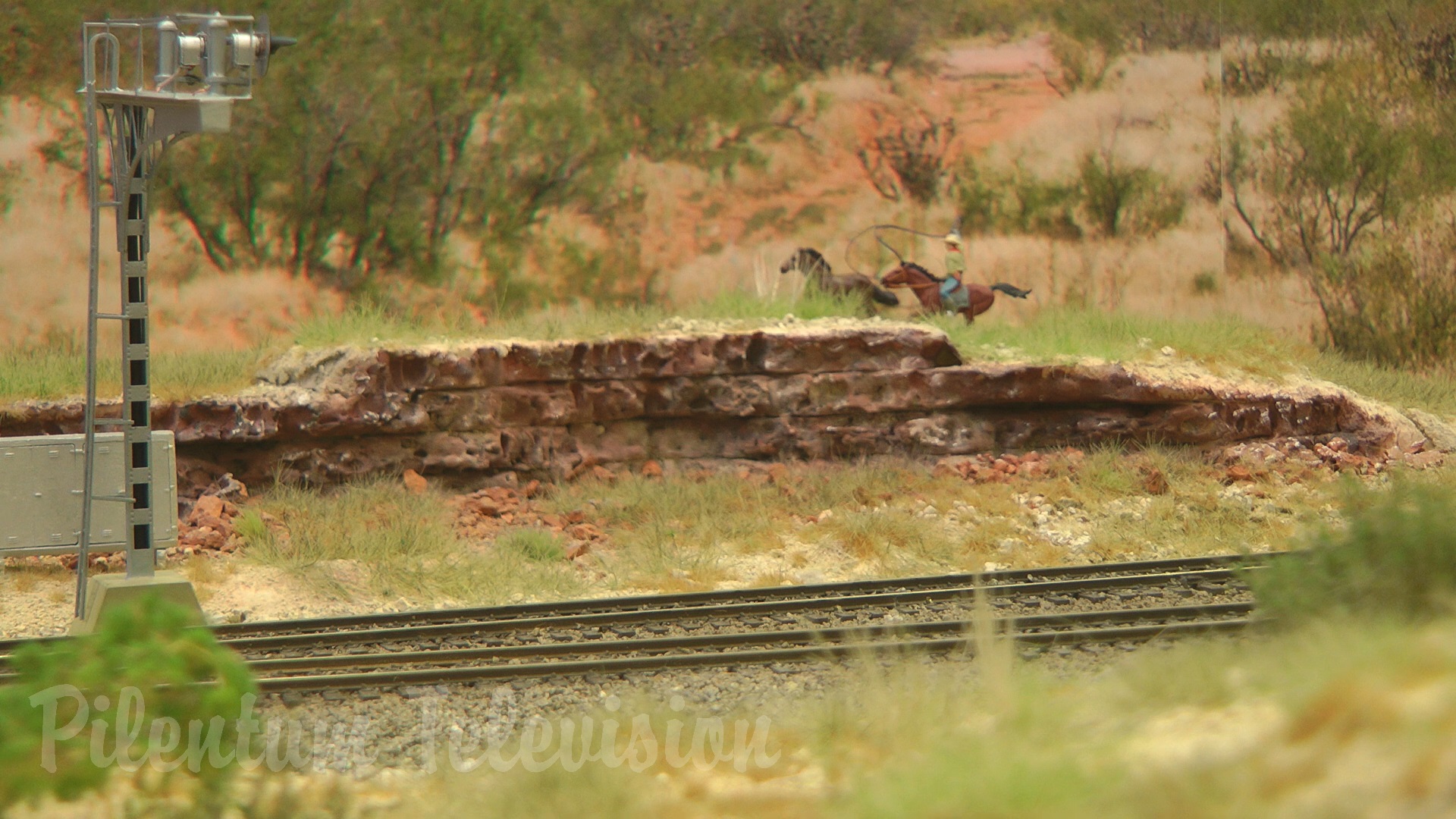 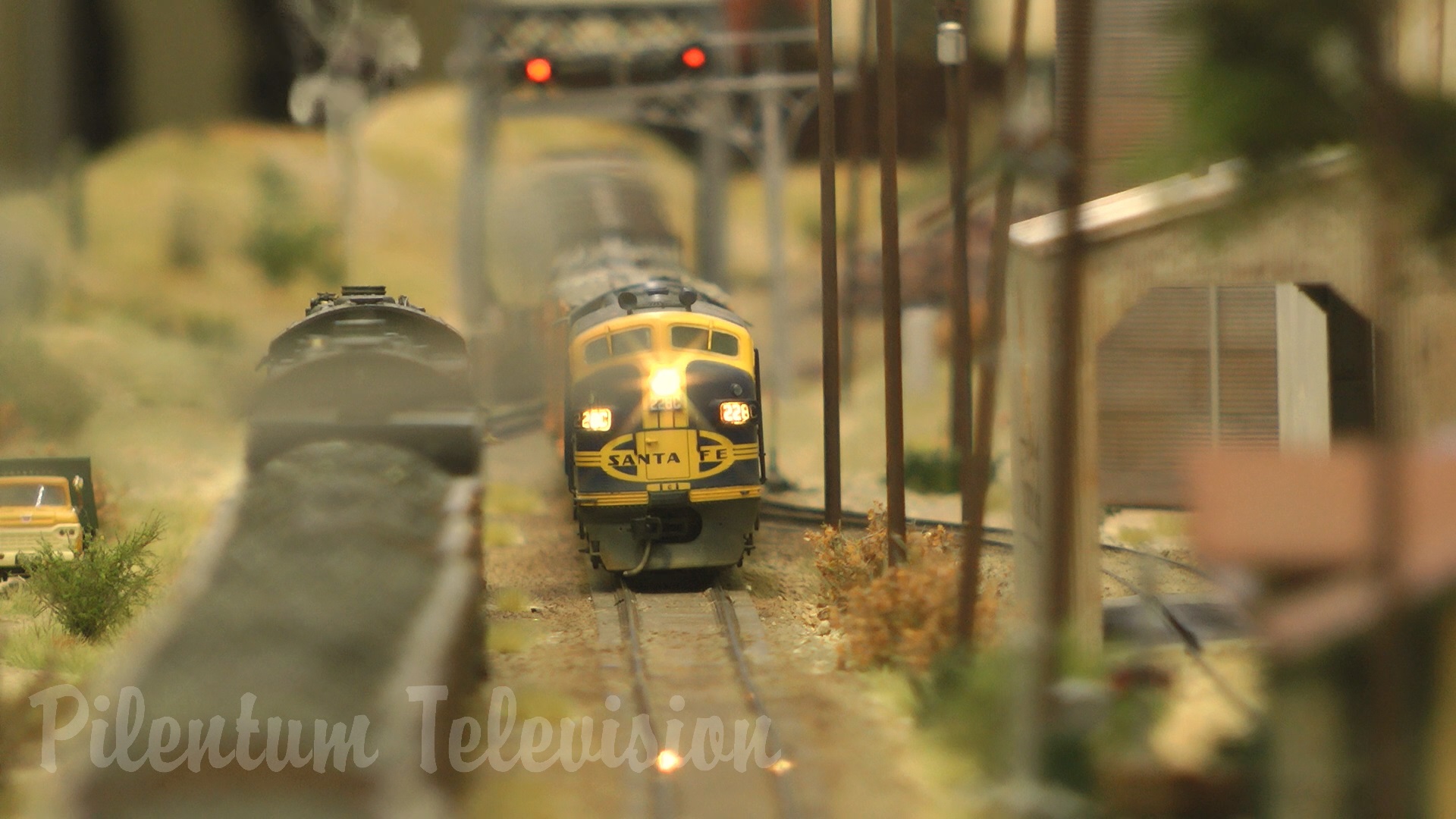 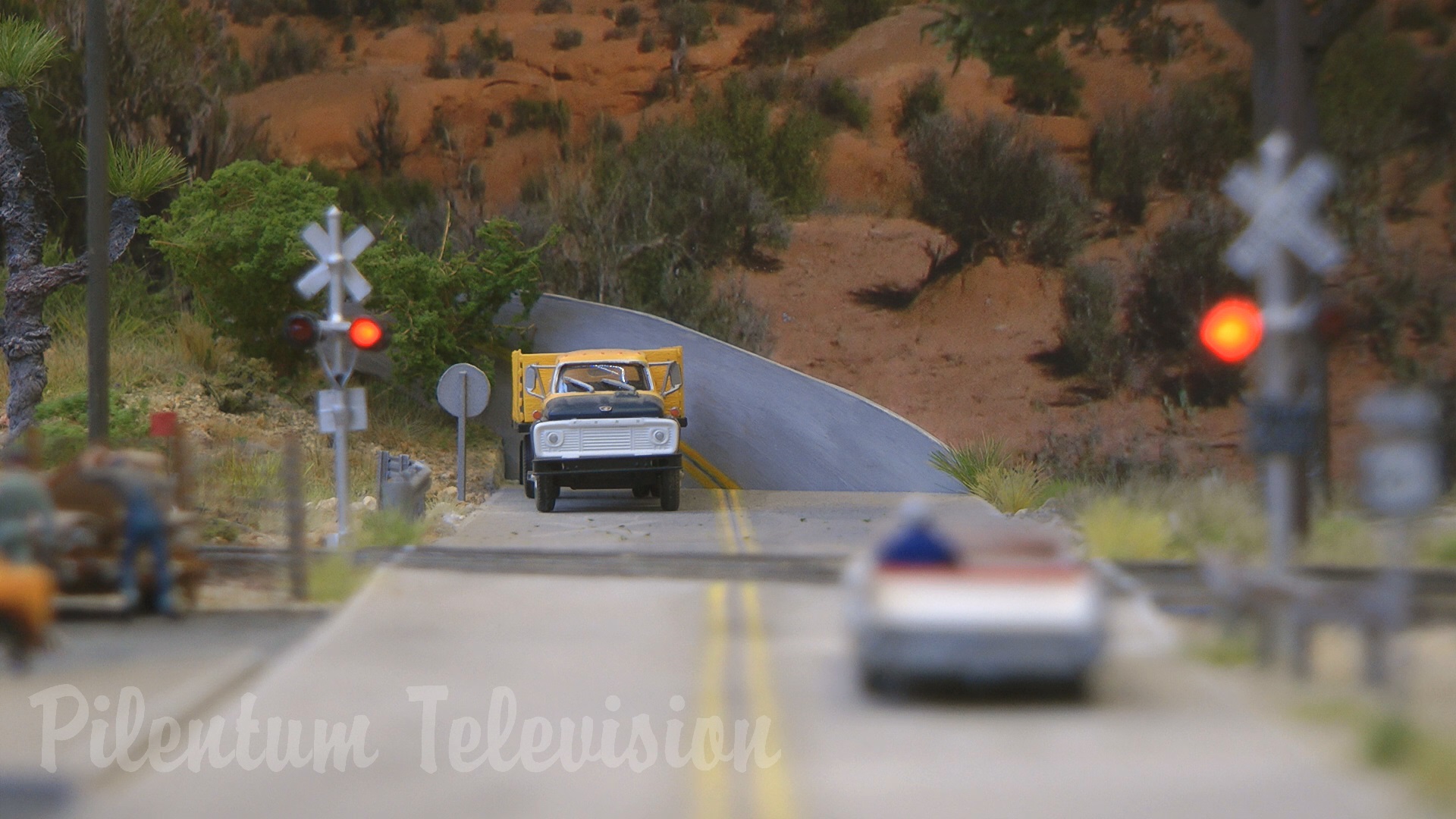 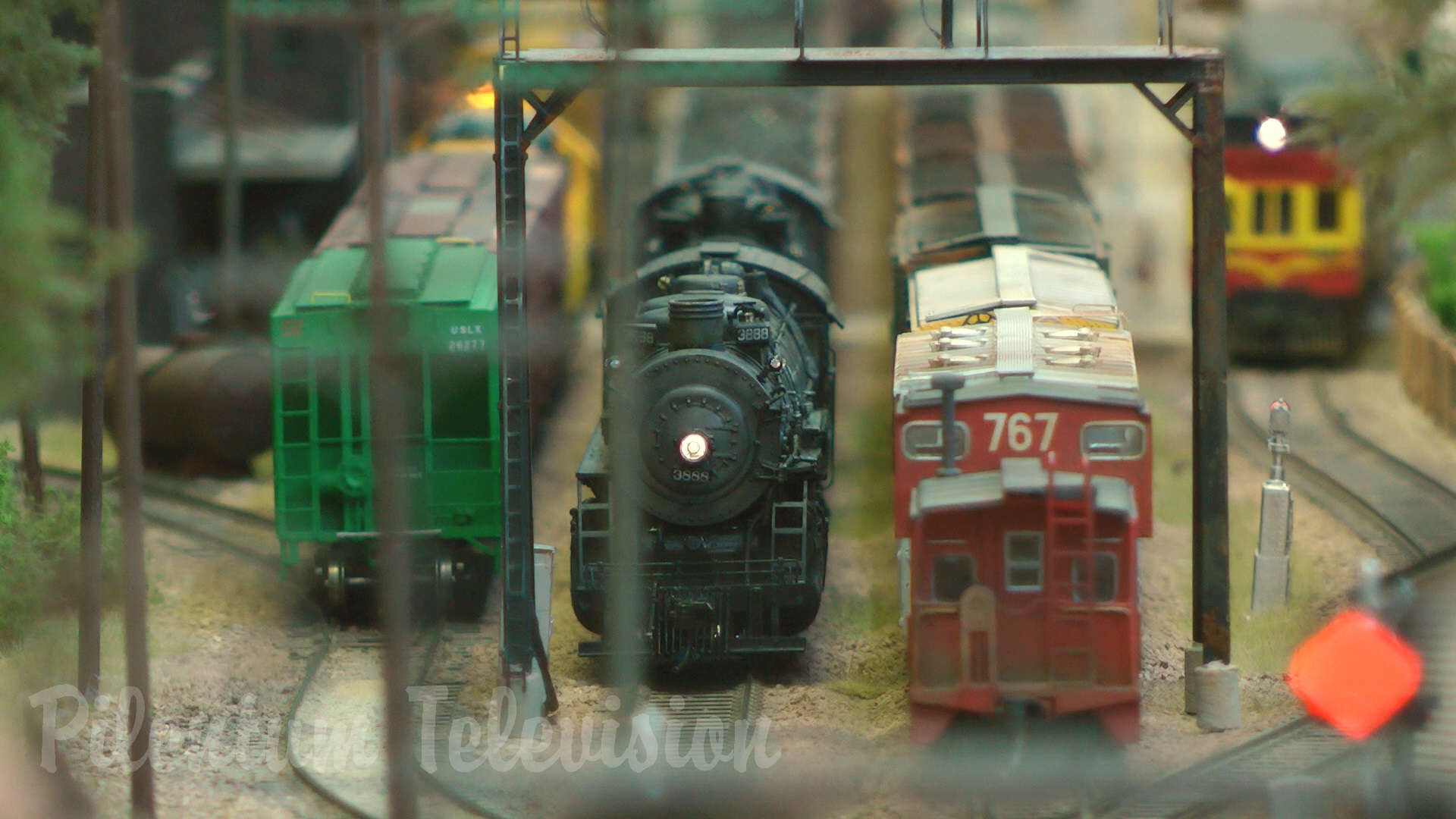 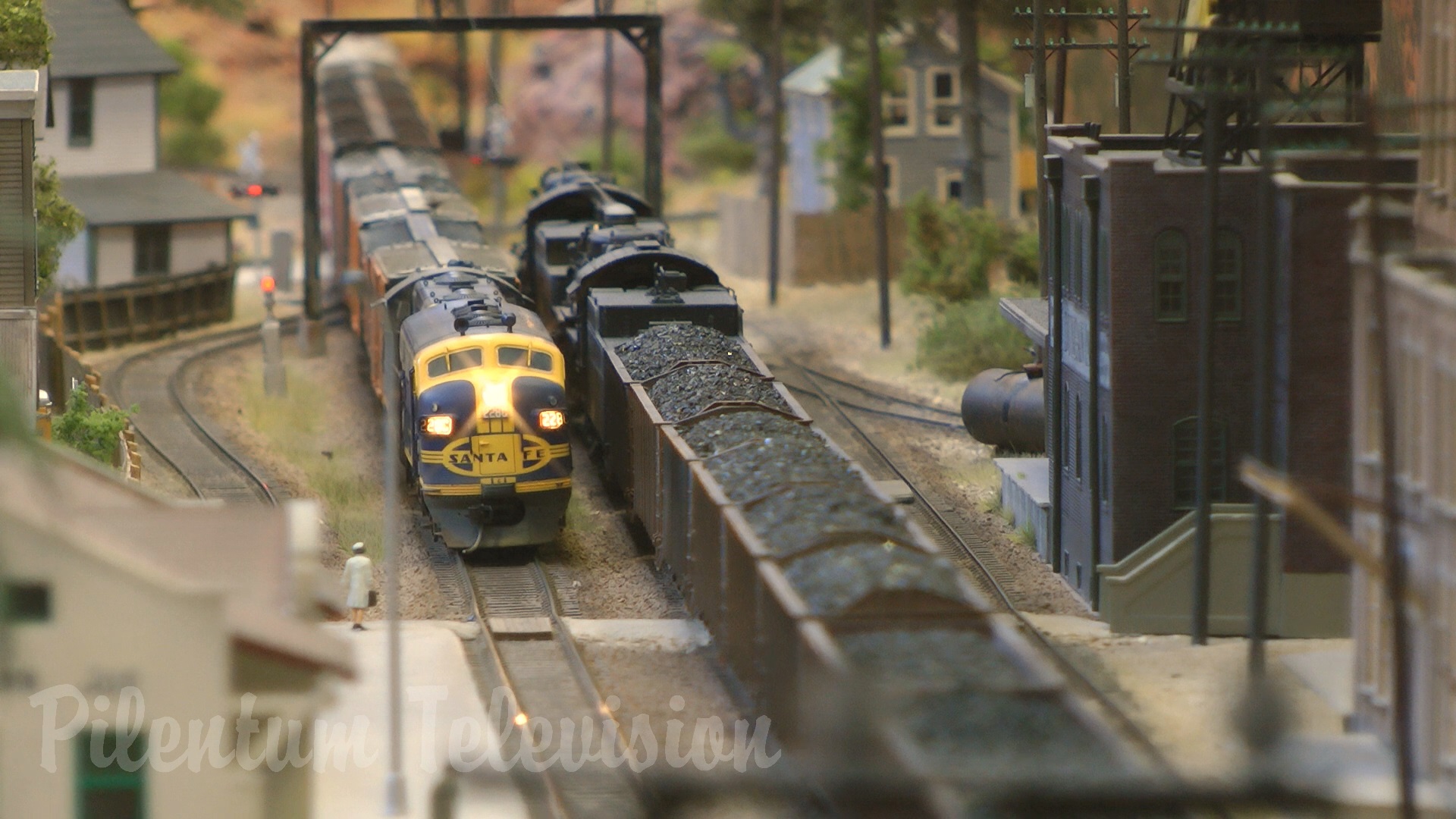 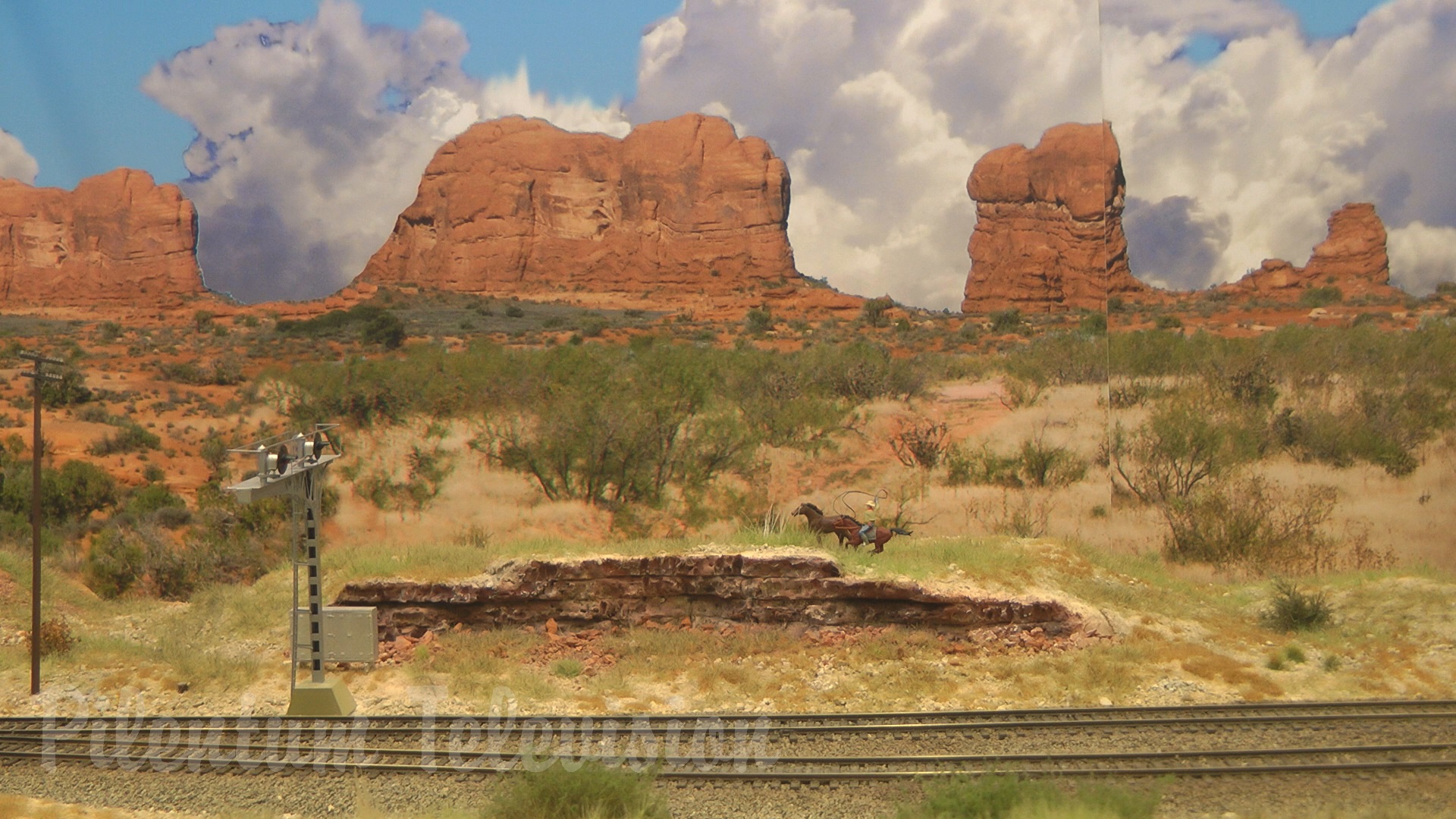 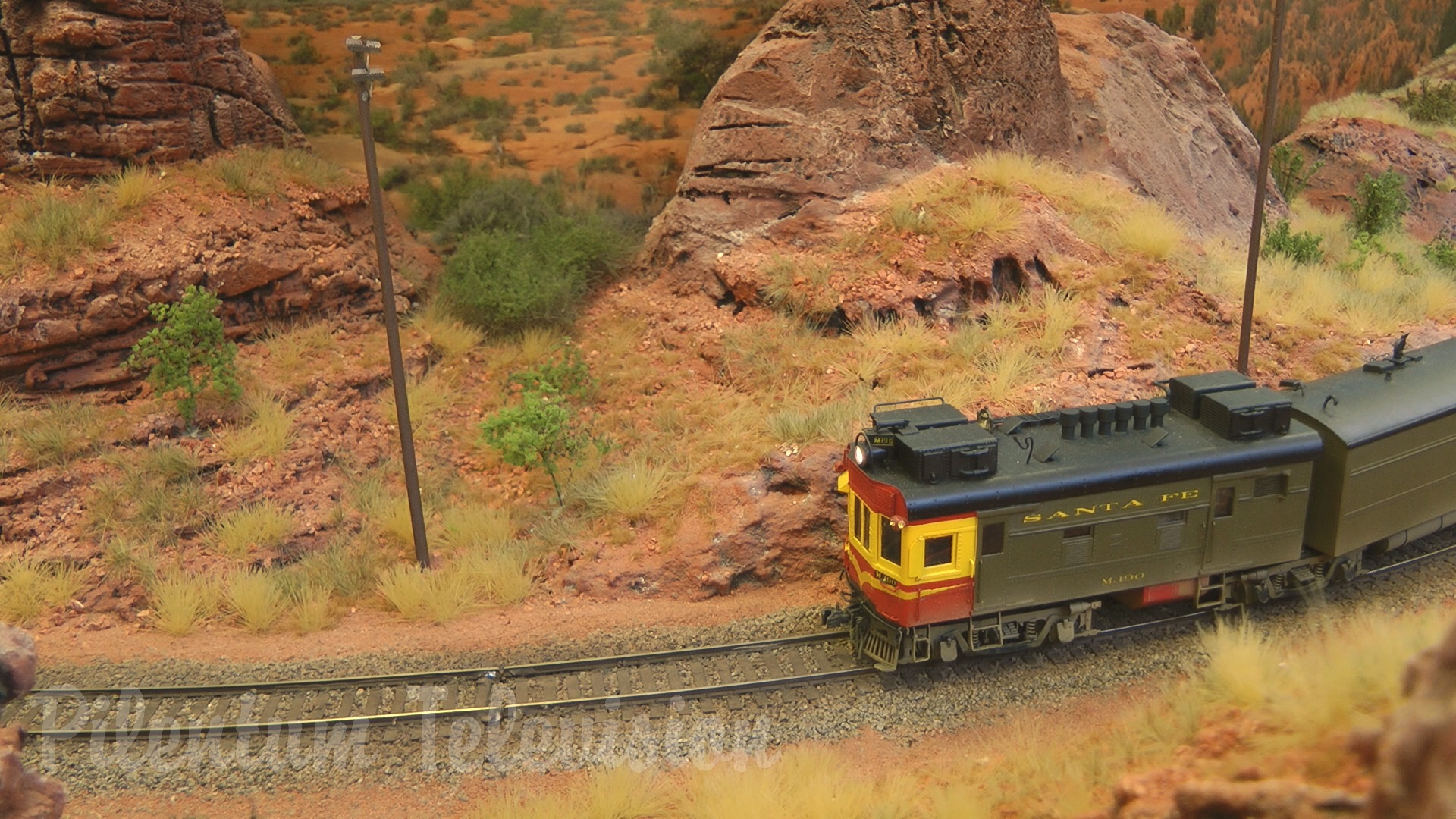 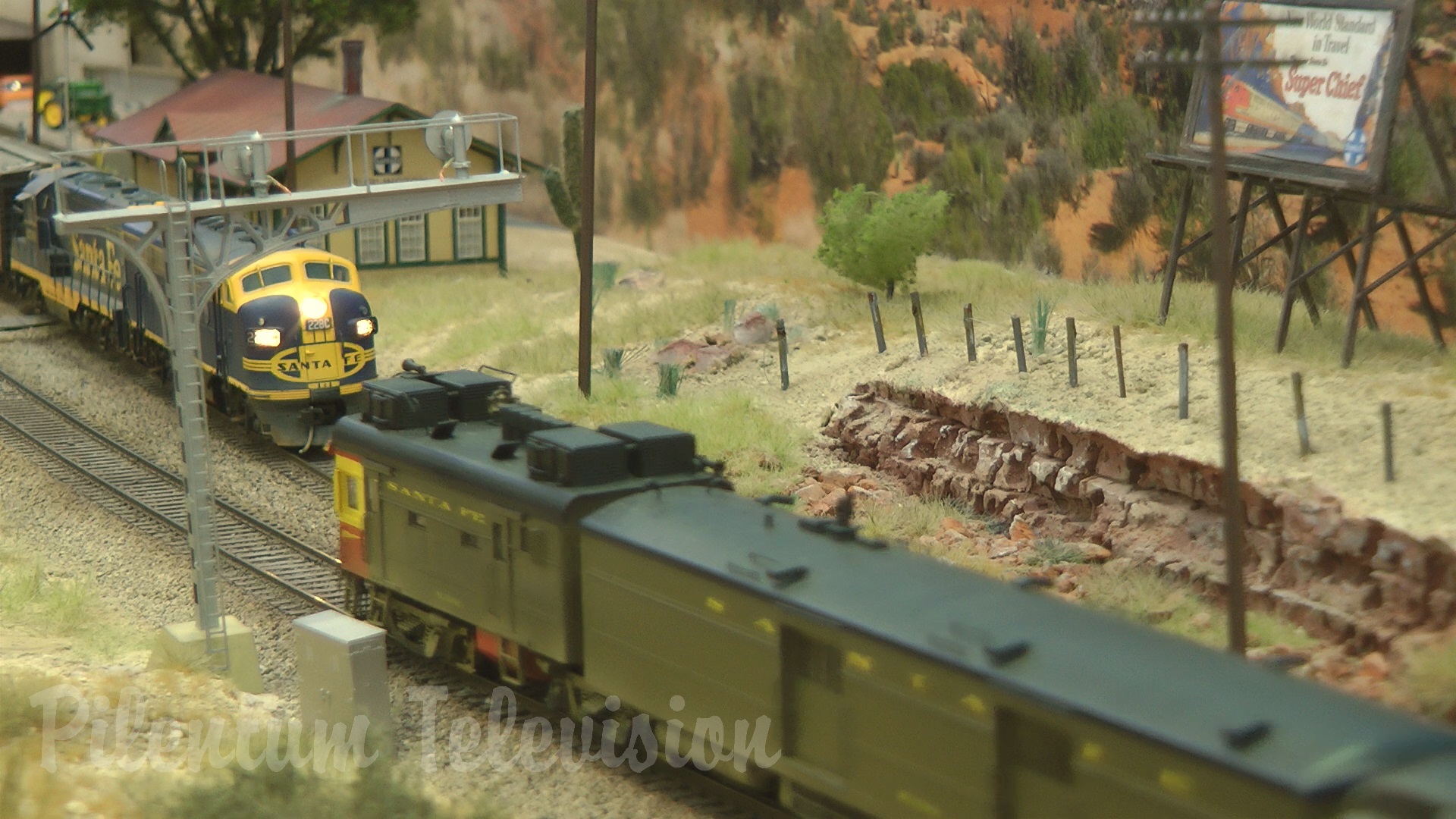 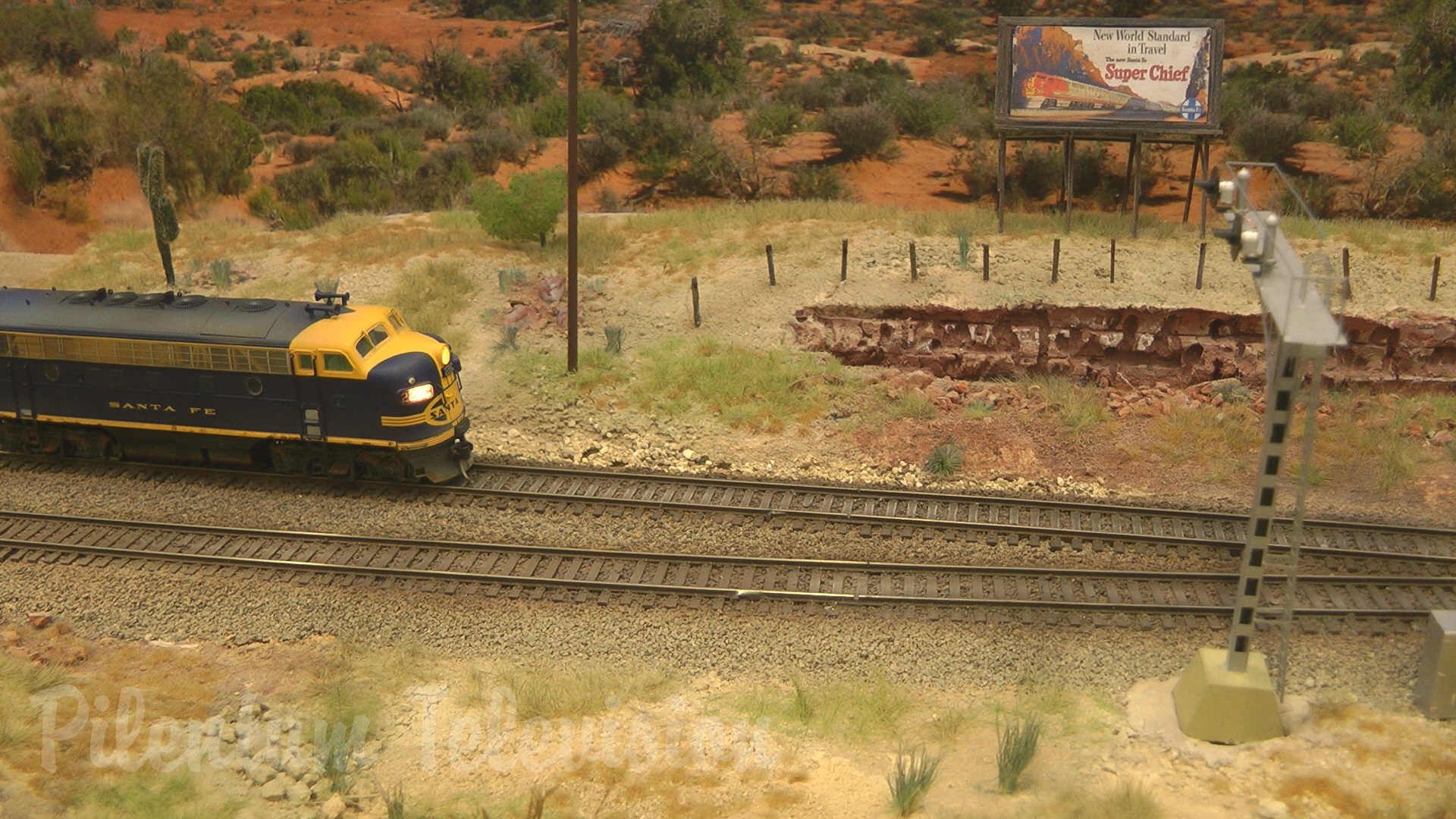 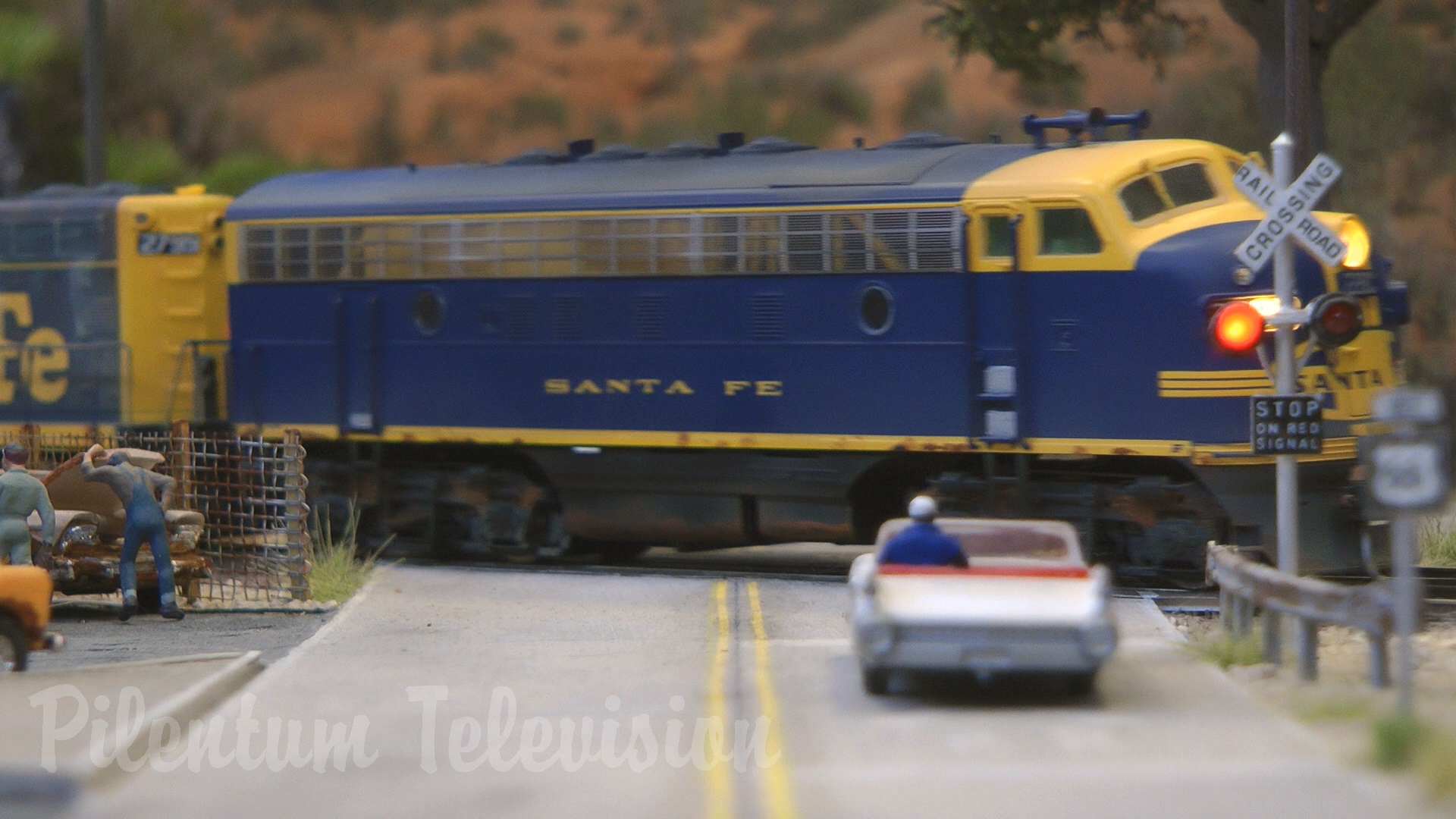 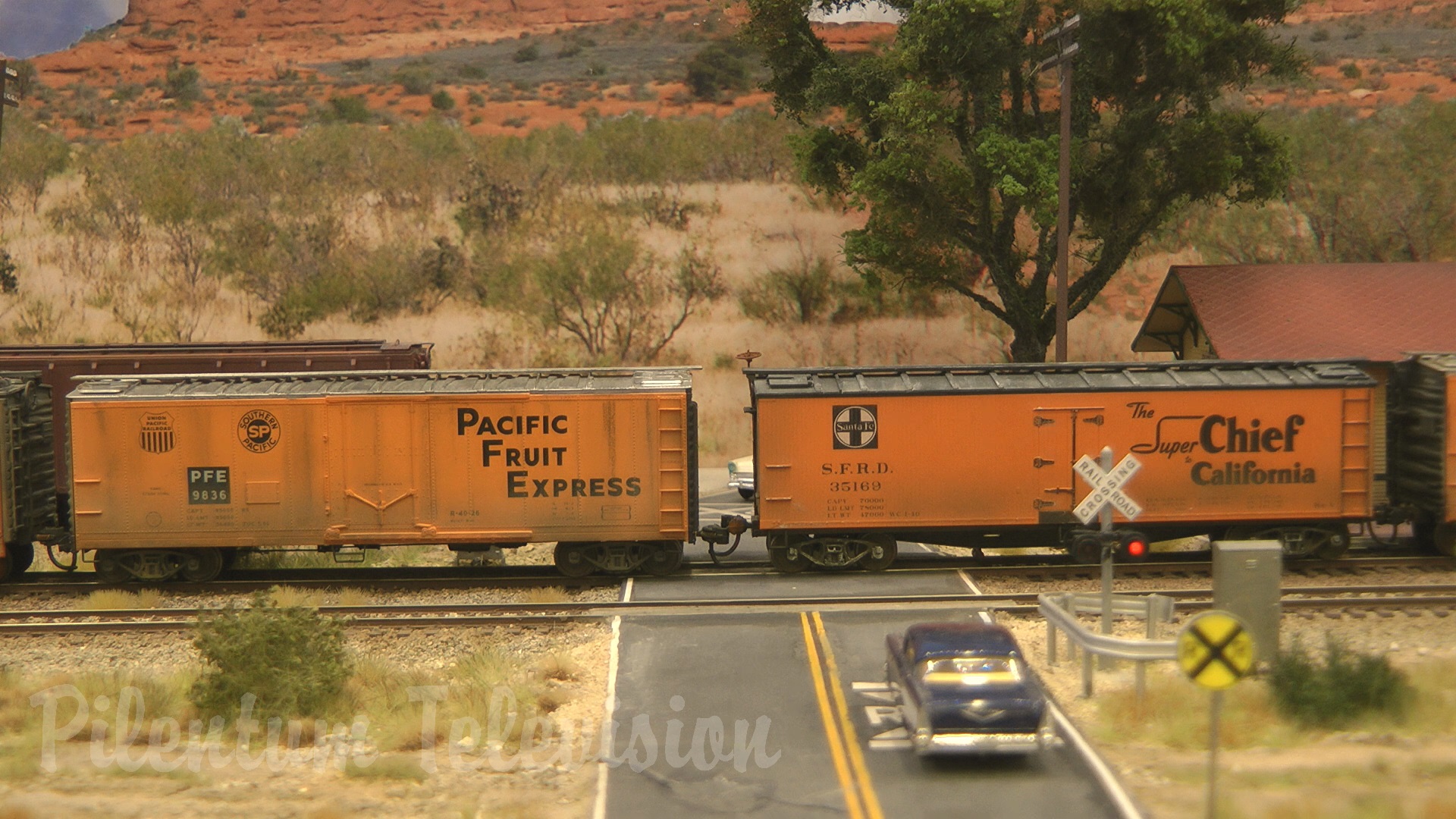 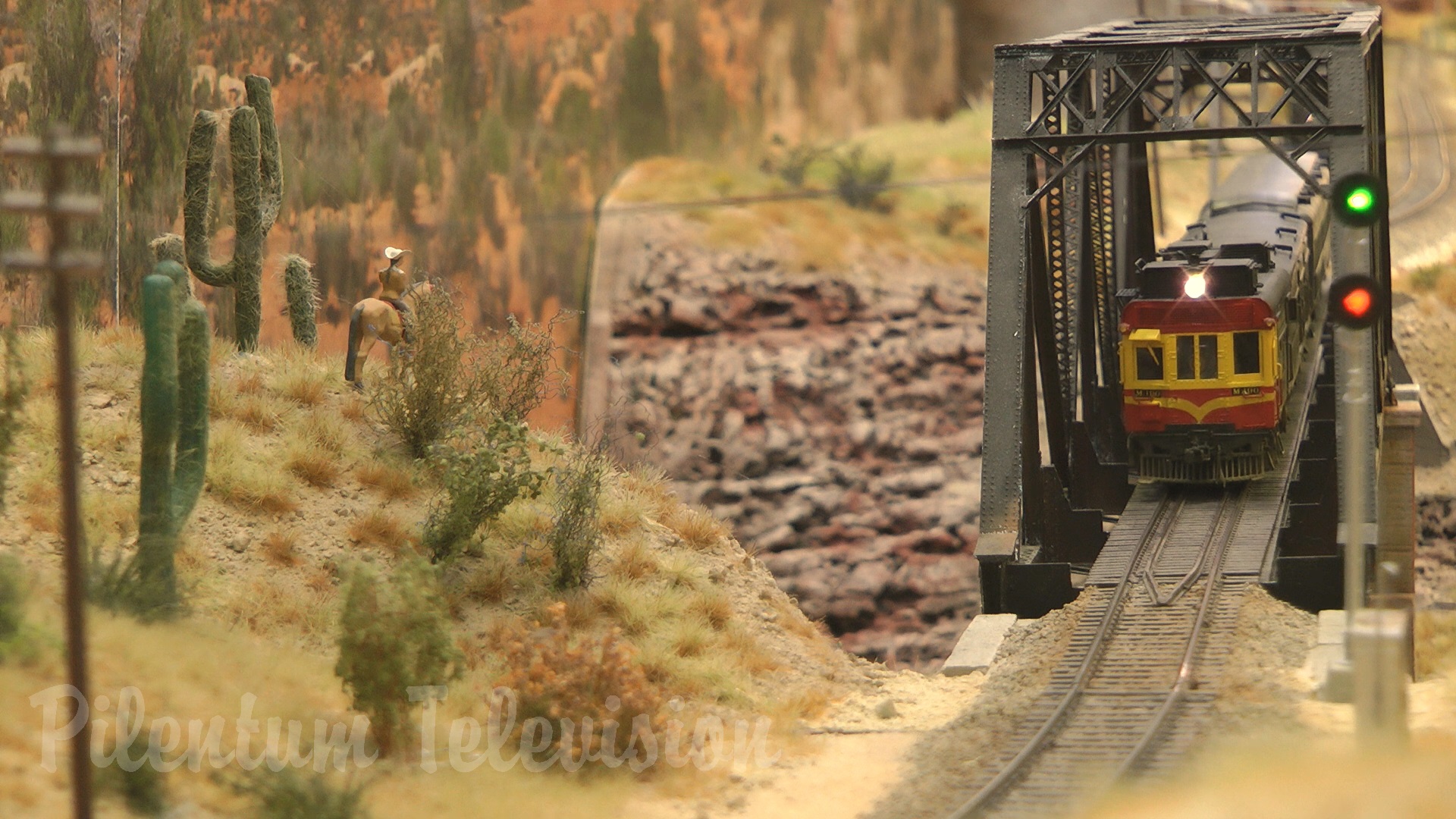 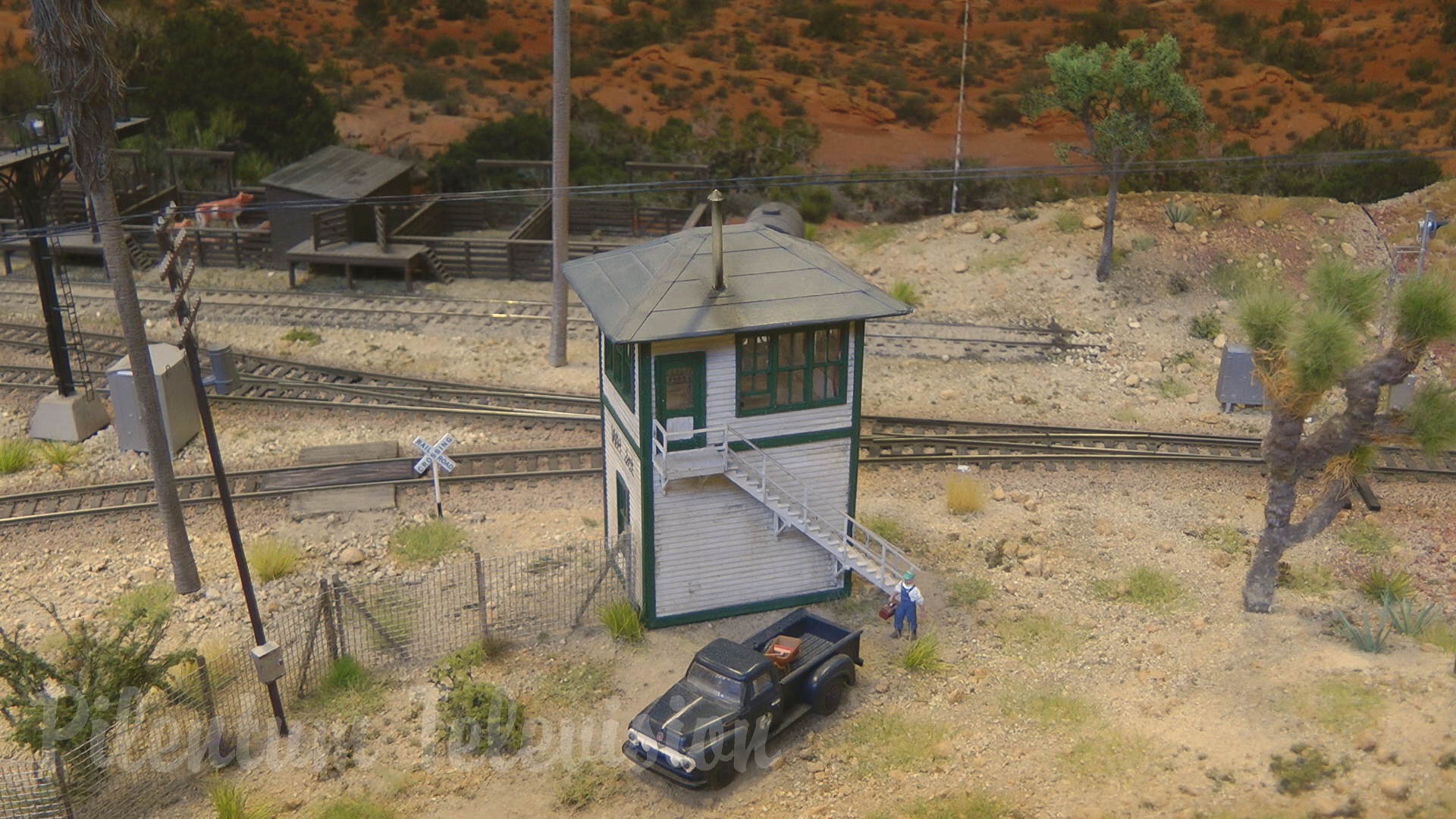 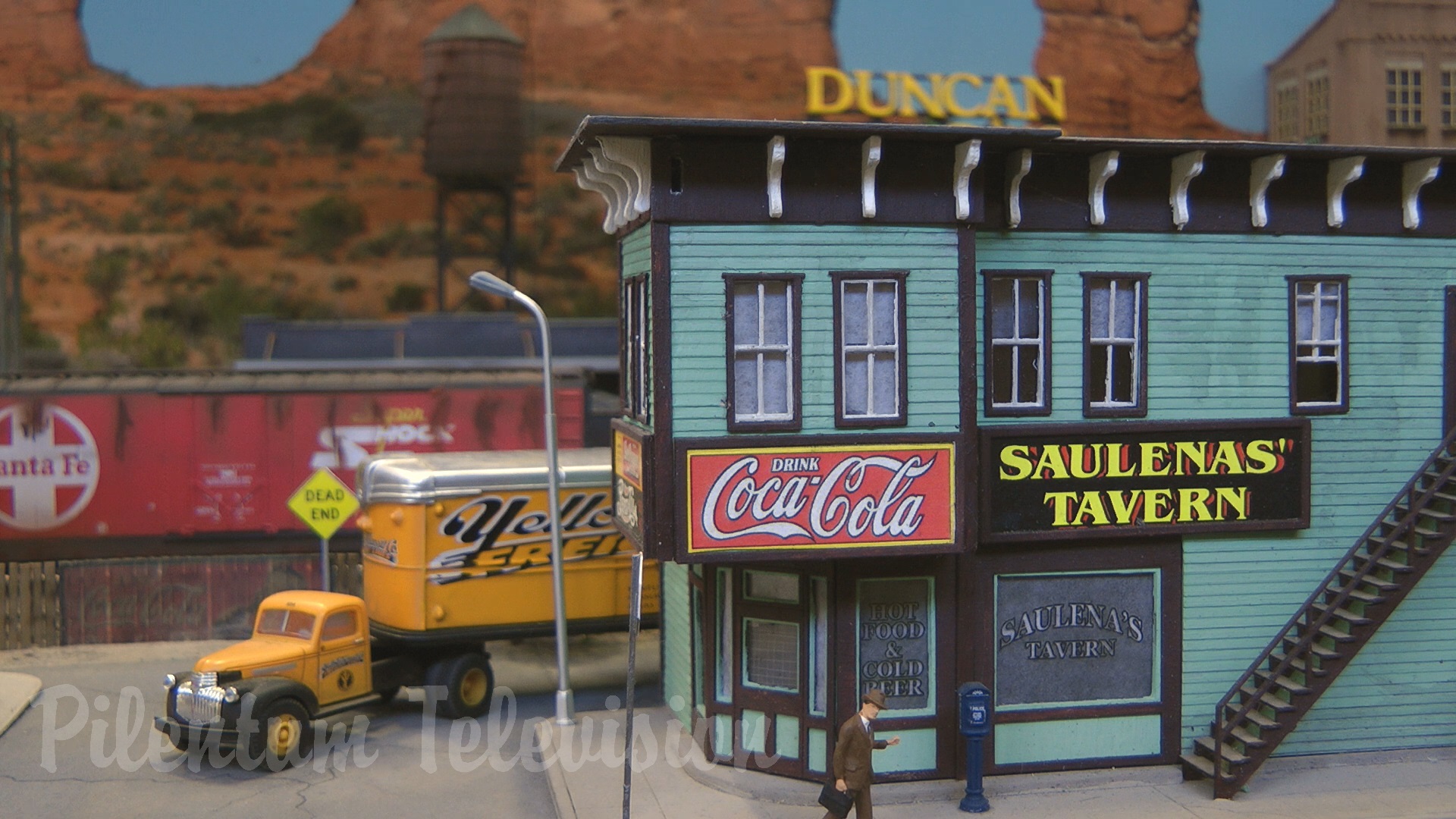 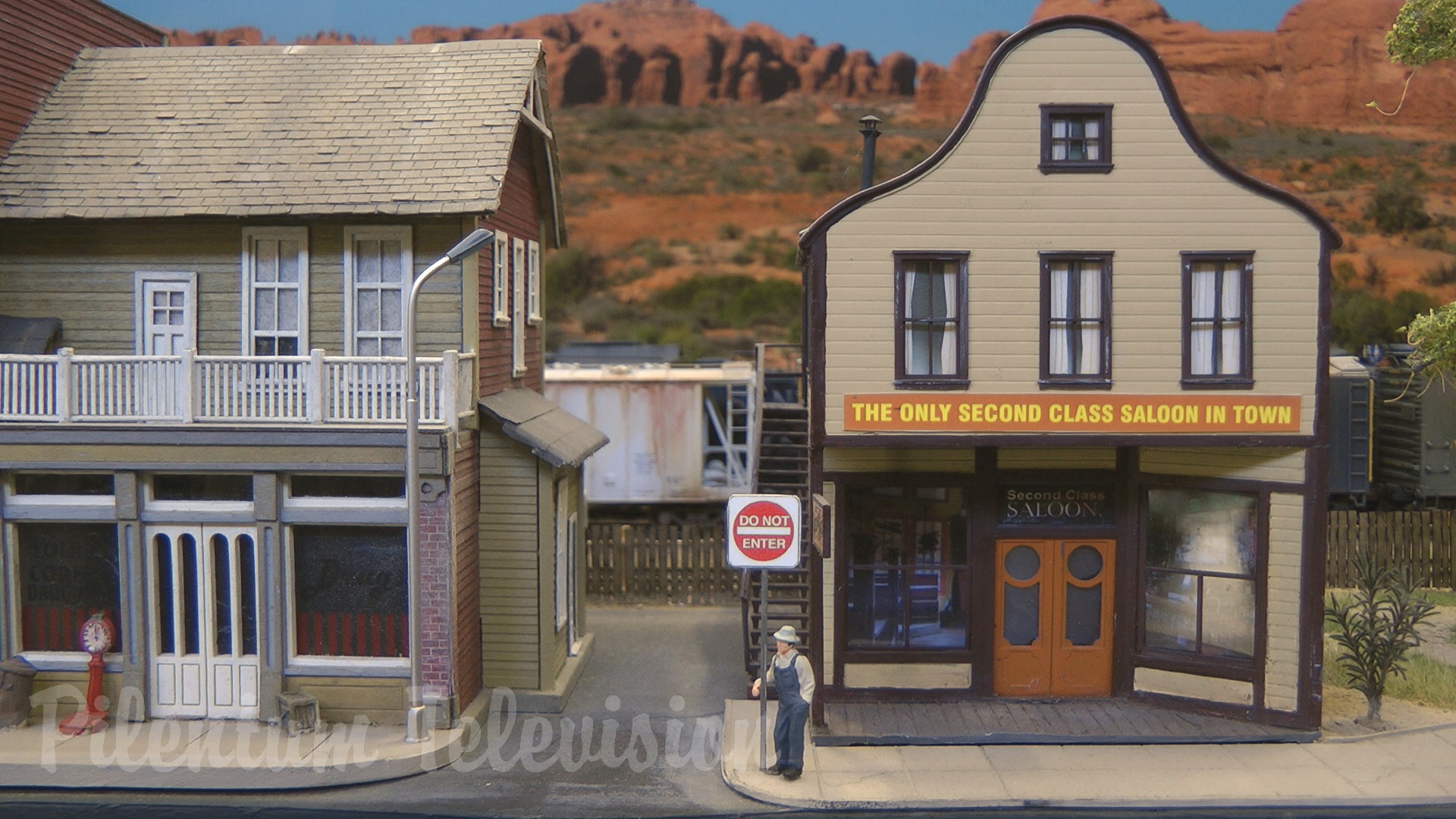 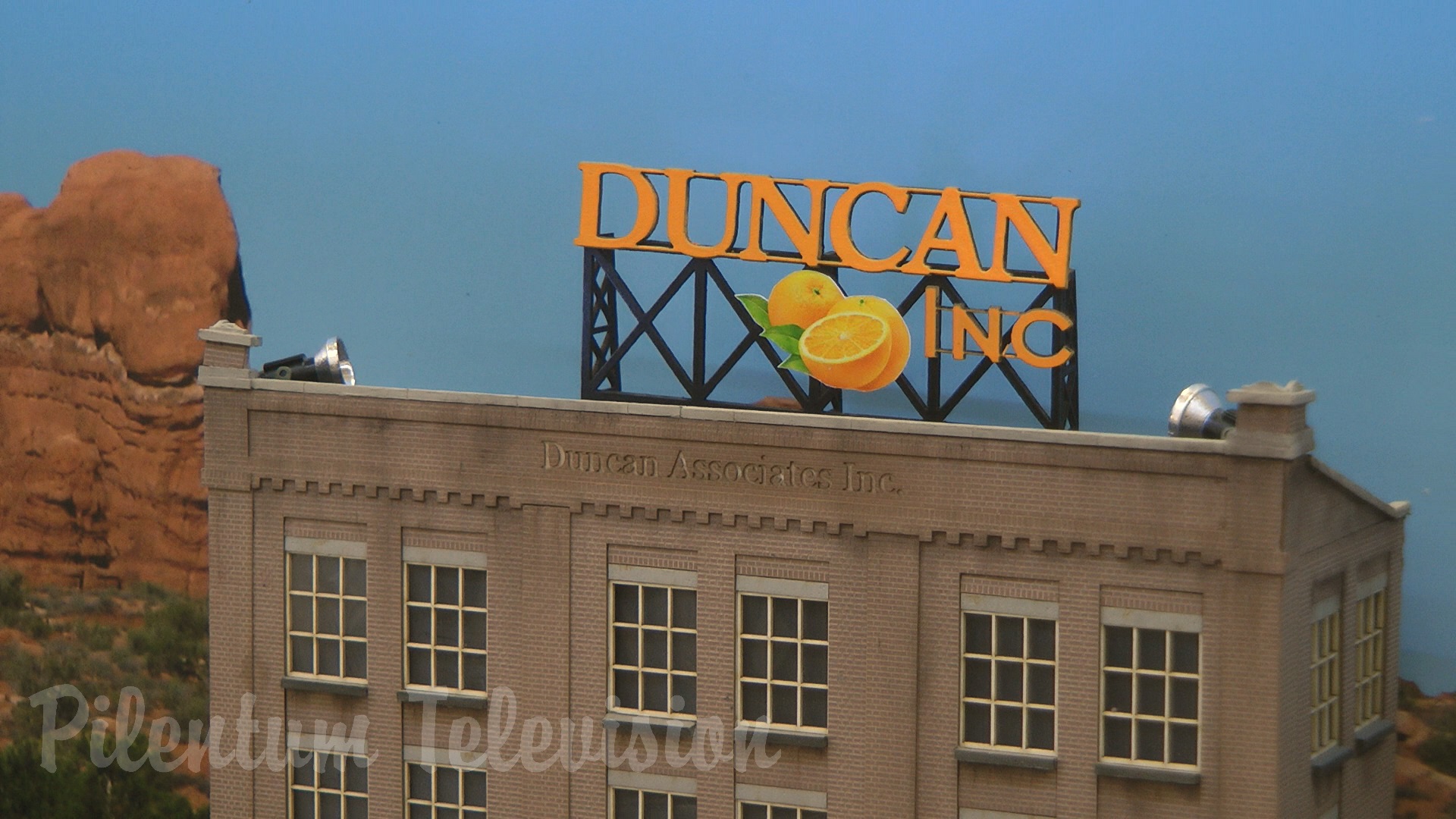 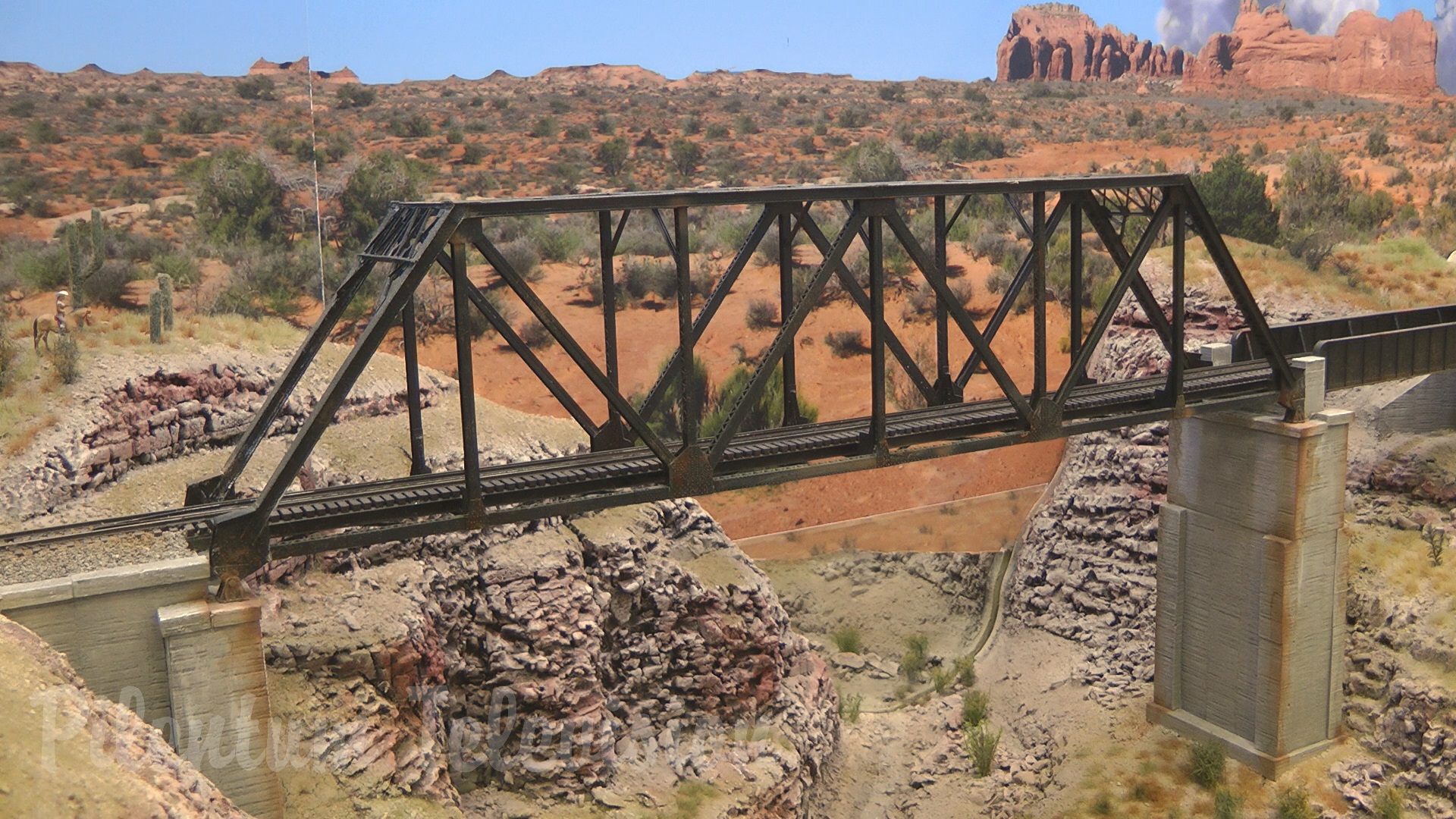