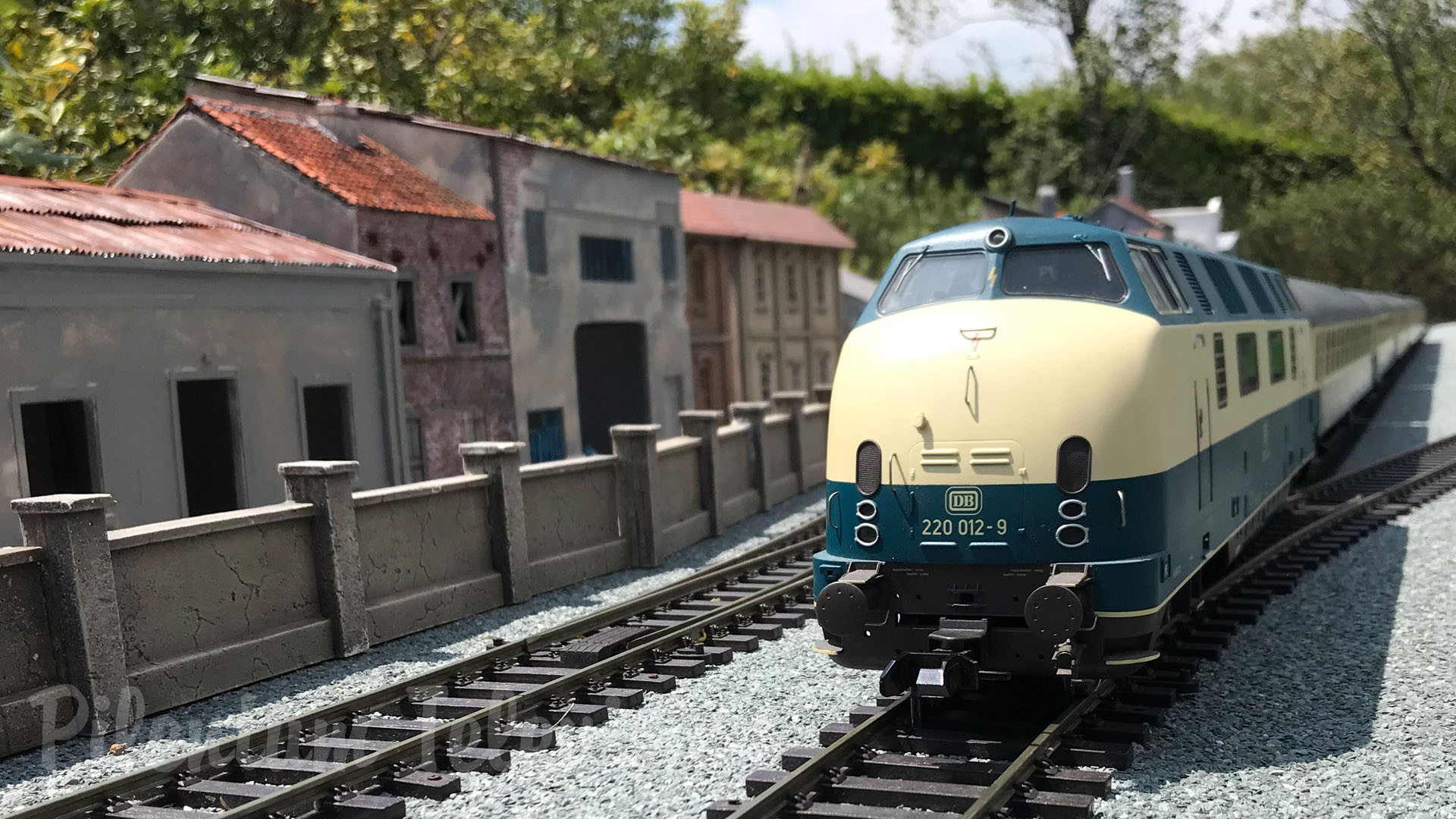 The Spanish phrase “ferromodelismo” means rail transport modeling in English. So in this video, we are going to take a look to South America! Model trains are available in large and small scales. One of the smallest scales is the 1/220 scale, also known as Z scale. One of the largest scales is 1/32, also known as 1 gauge, gauge 1 or gauge one. Although 1 gauge trains use the same track standard as modern G scale, in this video we will not see locomotives and wagons from LGB, but the fantastic rolling stock made by Märklin.

However, the best platform for those large model railways is certainly a garden railway or a garden railroad. There are beautiful garden railways not only in Europe, but also in Chile, for example, Jaime Ruz’s garden railroad. Jaime lives in Requínoa, a town near the city of Rancagua in central Chile. He built the model railway layout in a section of his garden and it has a dog bone configuration of 45 meters length. There is a sector of the station in the center with four tracks. In total, there are 112 meters of track by Peco.

Twice a year, Jaime Ruz invites his friends from the Marklin model railroading group in his garden. The friends of the railway modelling group bring their locomotives and trains and they have a spectacular day! This video presents some cab rides and special camera angles on Jaime’s model railroad layout. There will be another video with Jaime’s handmade buildings on Pilentum Television. Jaime is an ophthalmic surgeon and a railway enthusiast. So he has focused on scratch building of absolutely realistic looking houses in 1/32 scale. 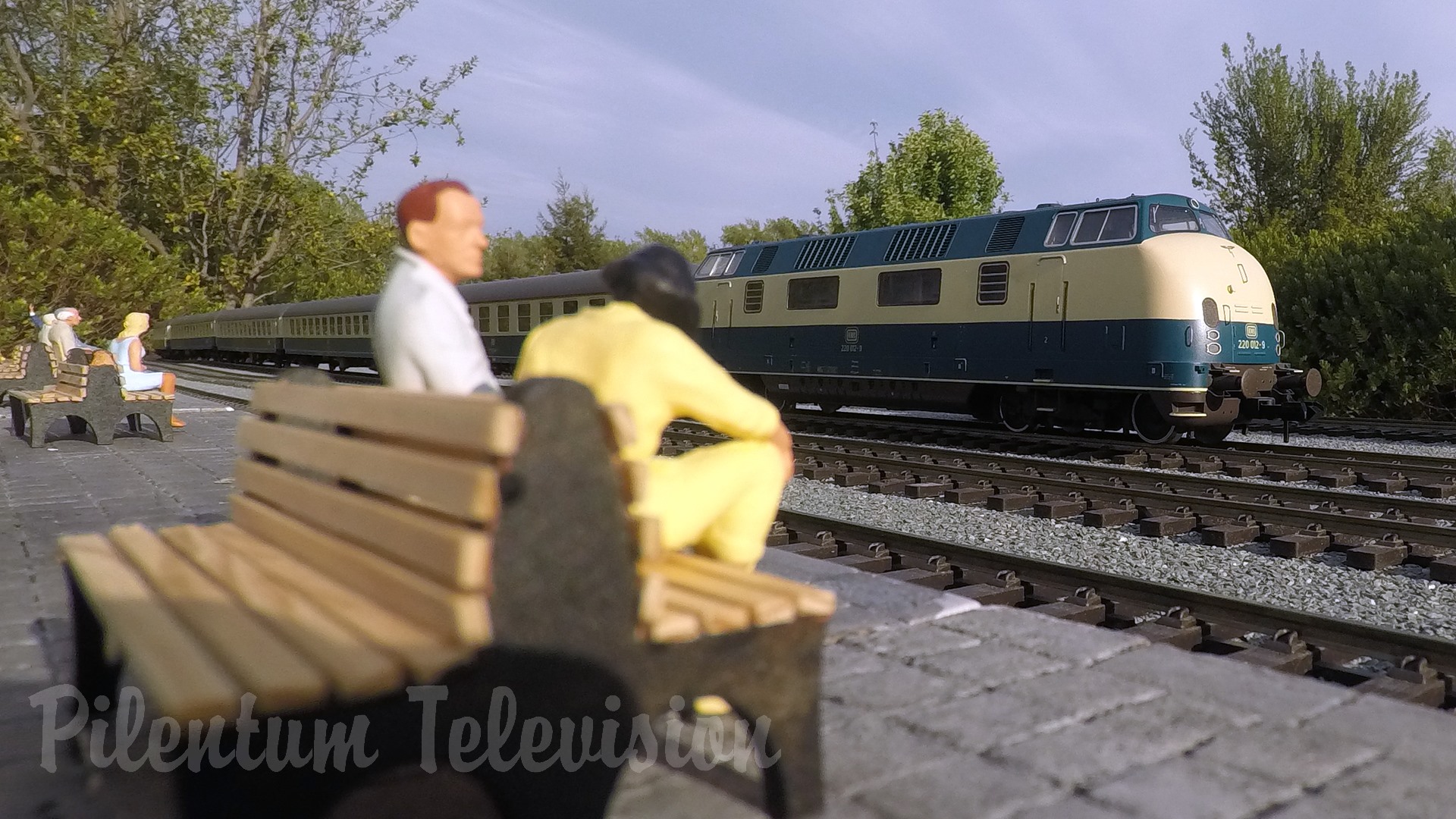 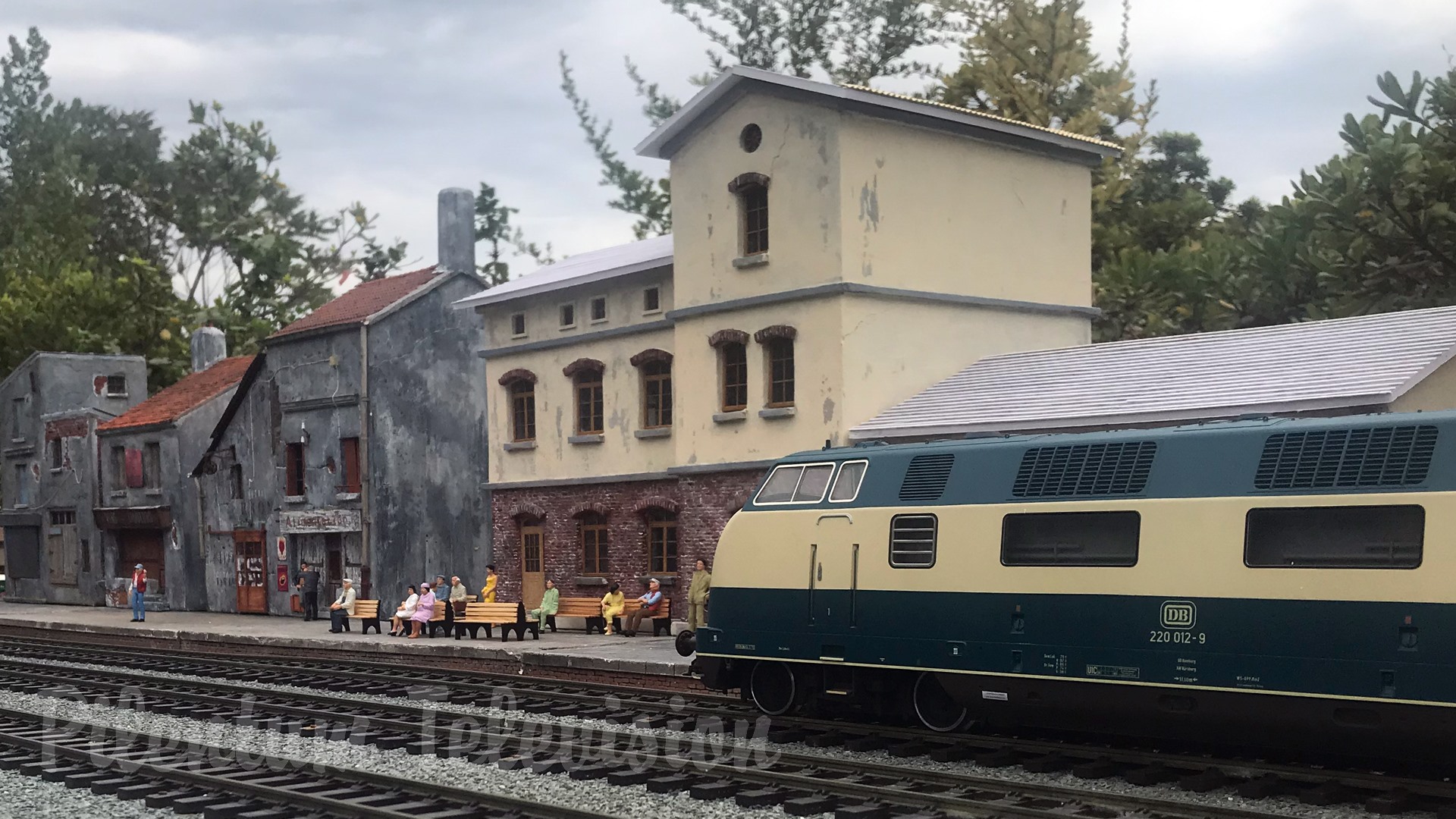 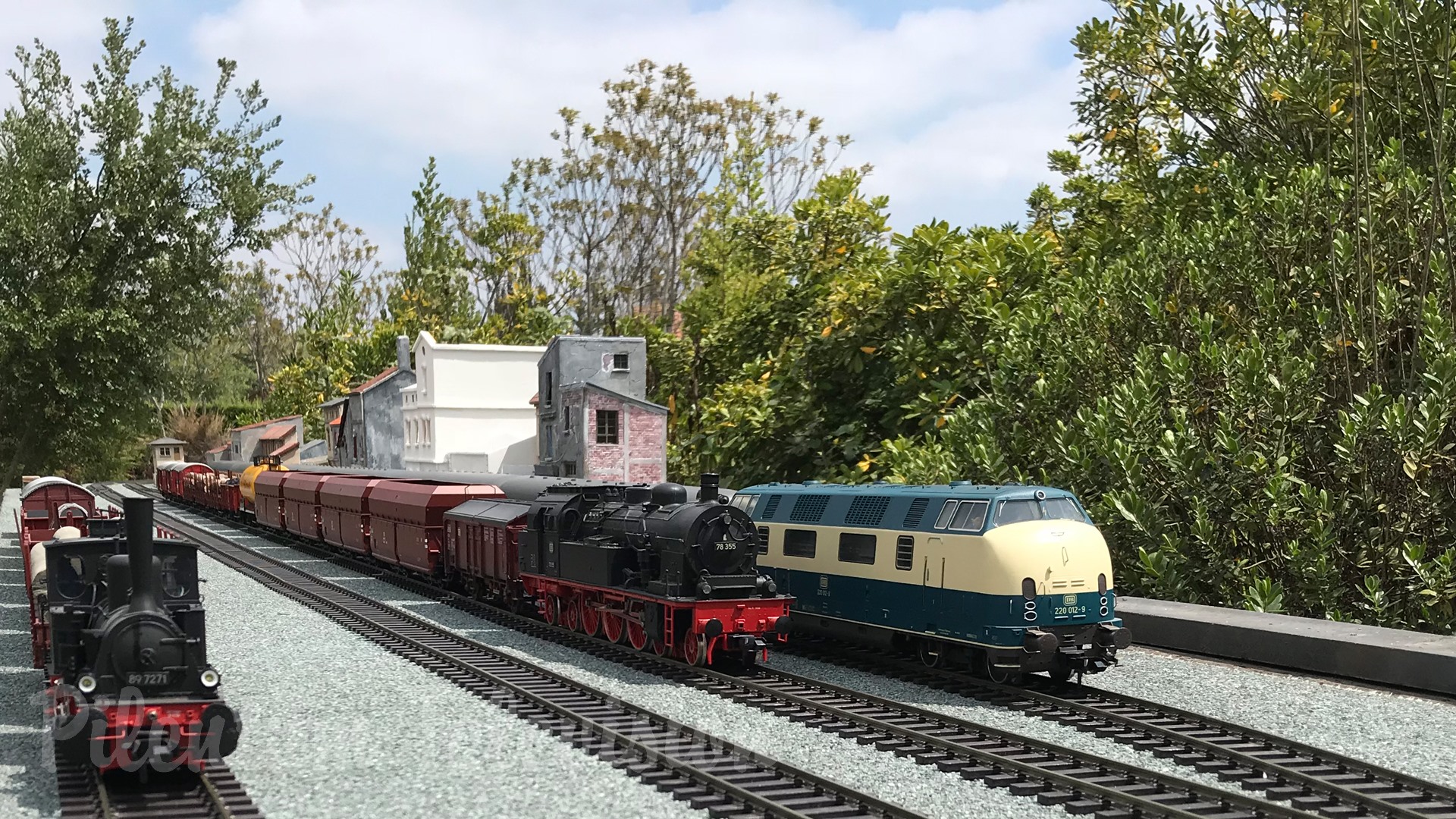 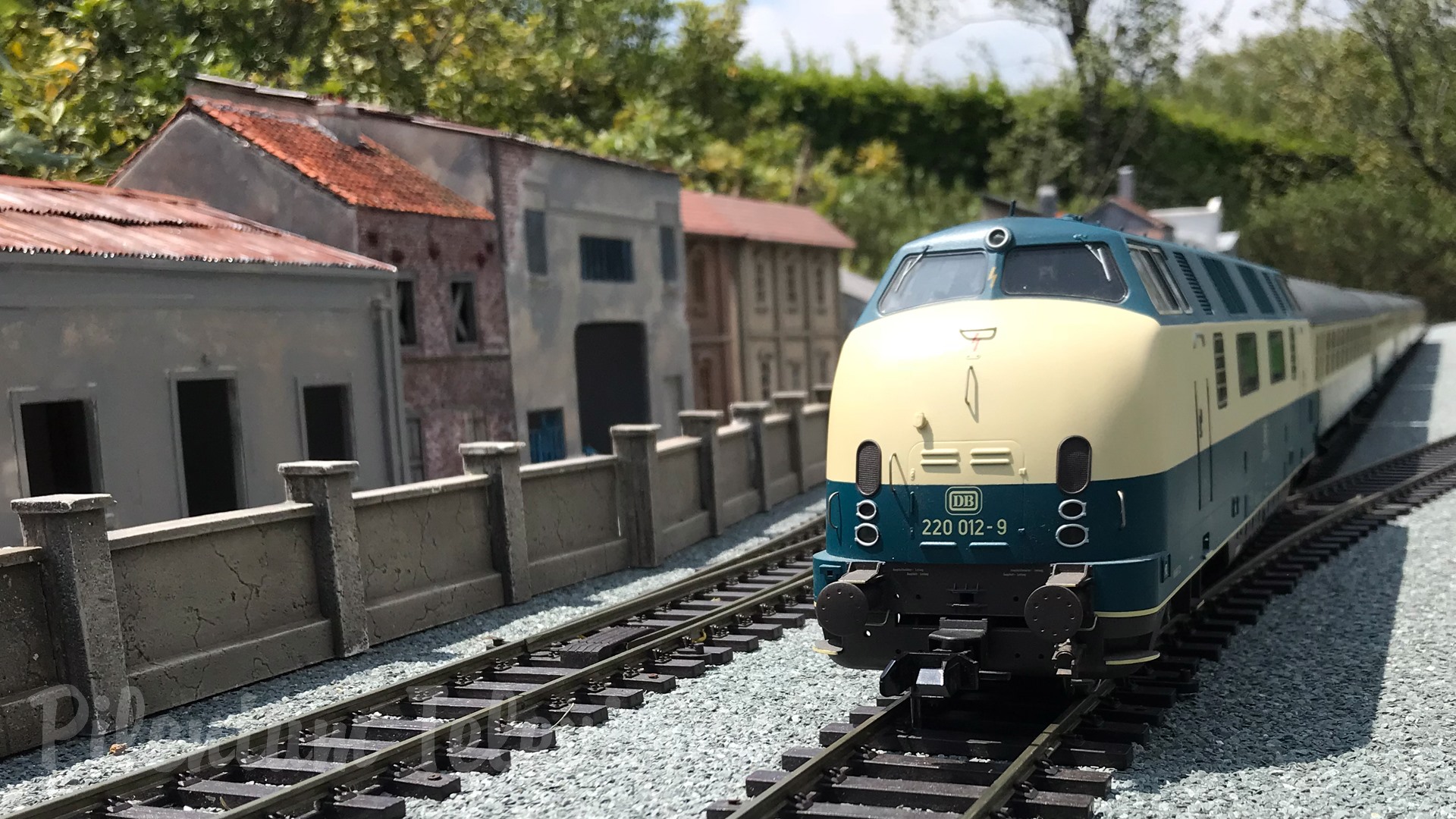