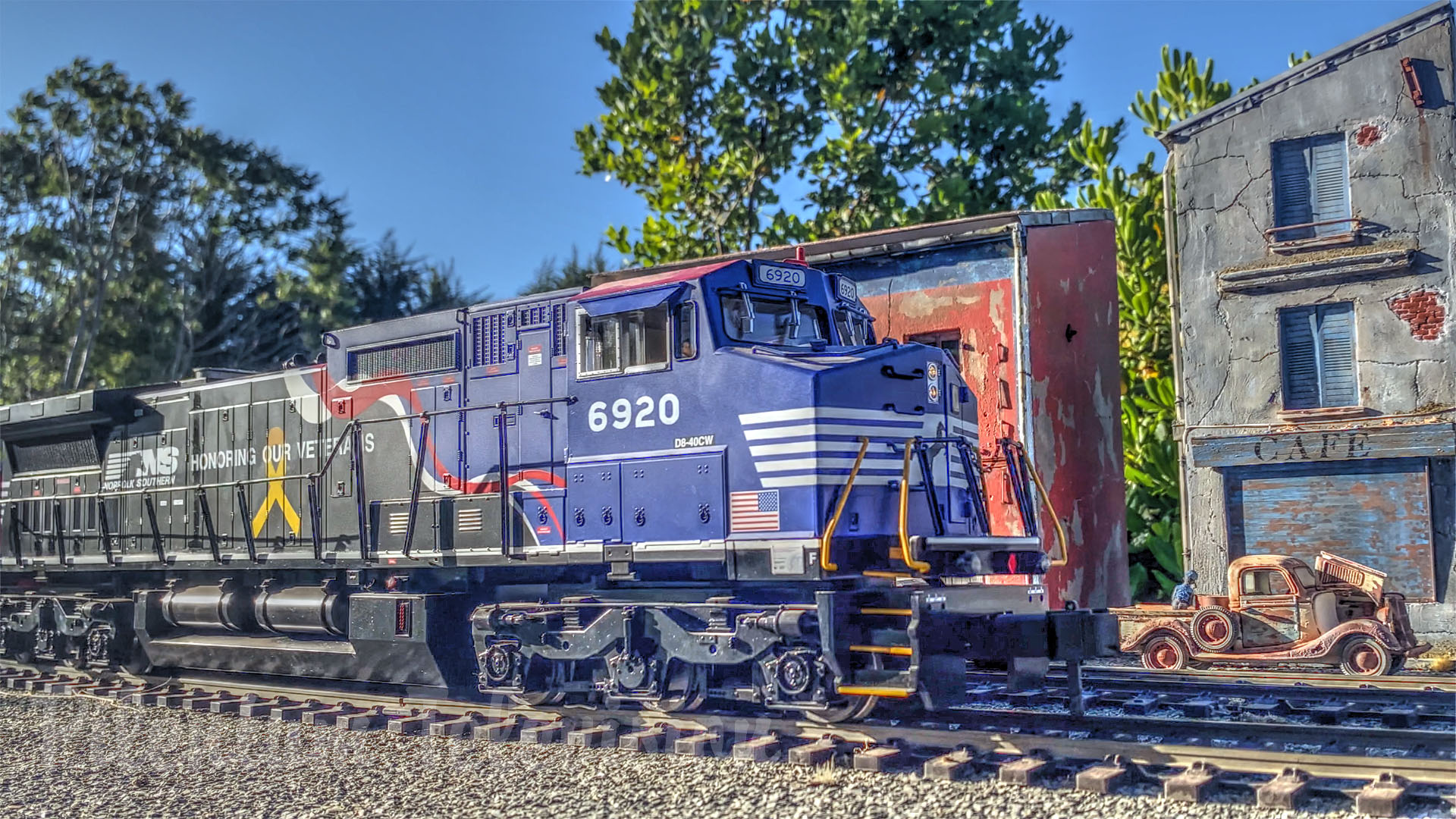 In Chile, where people call the rail transport modeling “ferromodelismo”, lives Jaime Ruz. He is a model railroader who owns a large garden railway in 1/32 scale. In addition, he likes scratch building, especially model building of from scratch, namely from raw materials. He does not use commercial kits or pre-assembled scale models.

However, usually in November, he invites his Märklin friends to his garden to have model railway running session on his garden railroad layout. Unfortunately, due to general circumstances, not all friends were present, so we can only see six different locomotives. Nevertheless, it is nice to watch at these model trains and especially to hear the original sound of these locos.