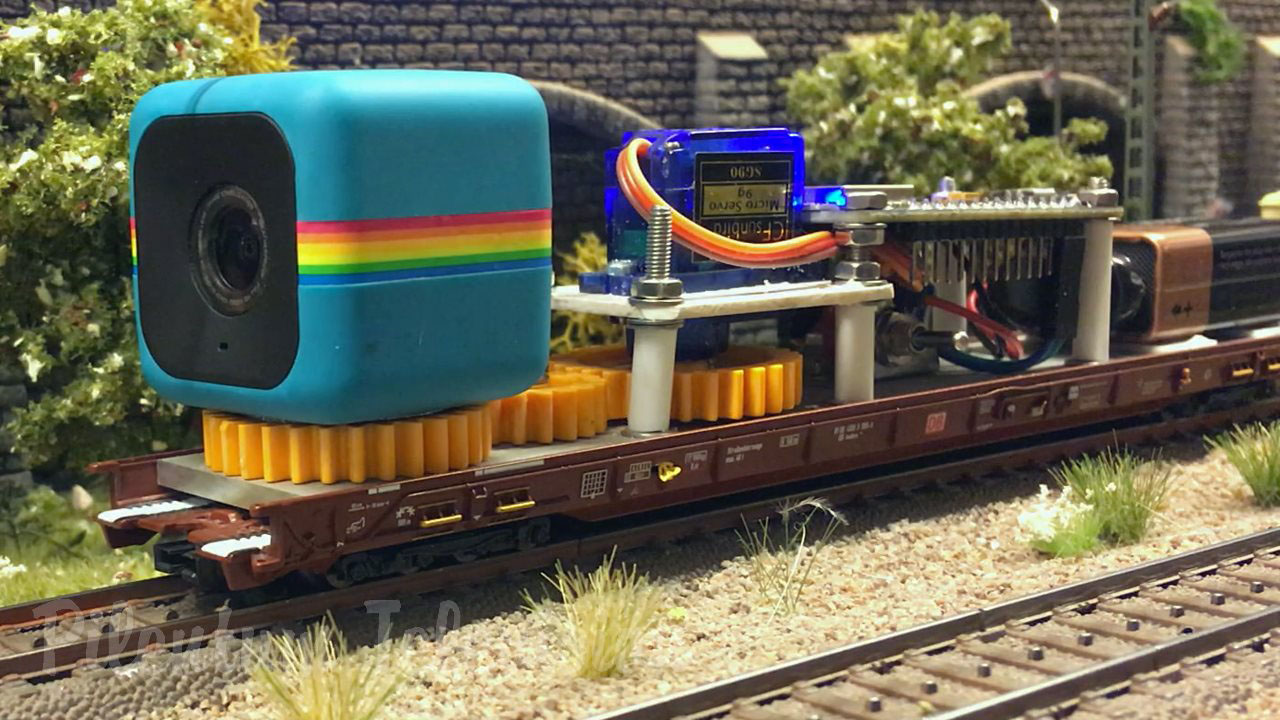 Jens Krogsgaard is a model railroader and model railway designer from Denmark. Inspired by the cab ride videos that are often seen at Pilentum Television, Jens decided to construct his own camera dolly. He uses the old “Polaroid Cube Camera” for video recording. Since this camera is no longer manufactured, Pilentum Television recommends the use of the new “RunCam 5 Orange Camera”. Both the old “Polaroid Camera” and the new “RunCam Camera” are cube cameras, which are characterized by very small dimensions in width, height and length.

Jens’ camera dolly not only records photos and videos, but it can also be panned while driving. Therefore, Jens Krogsgaard designed a Blynk application for iOS and Android Smartphones and Tablet PC. This is the easiest way to build own mobile applications that work with the hardware installed on the camera dolly. Jens has written a detailed construction manual in English, which explains all the individual construction steps, see PDF document on Pilentum’s website. His camera dolly is an absolutely ingenious invention, which is suitable for model railroad layouts in HO scale and model railways layouts in N gauge. 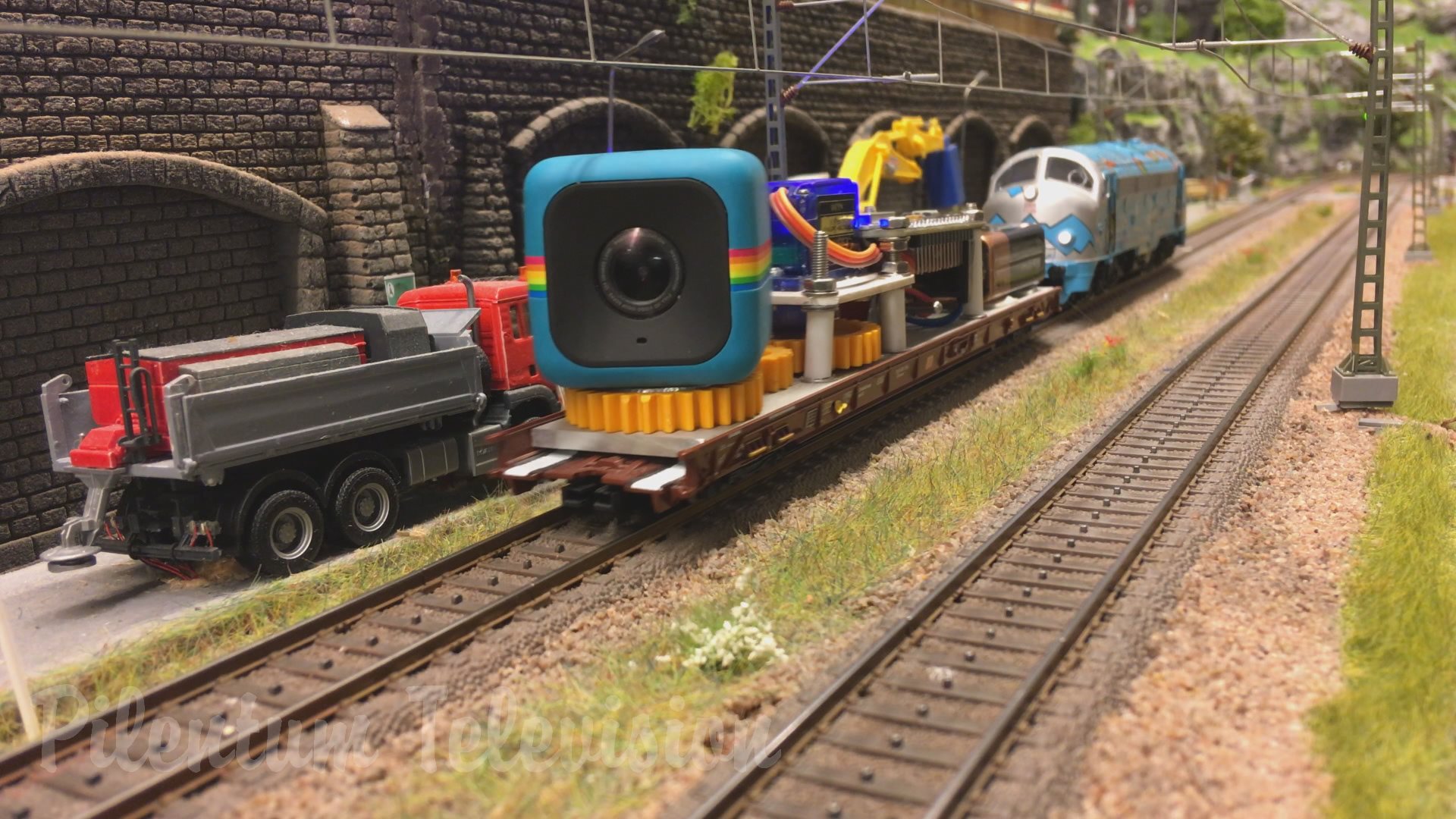 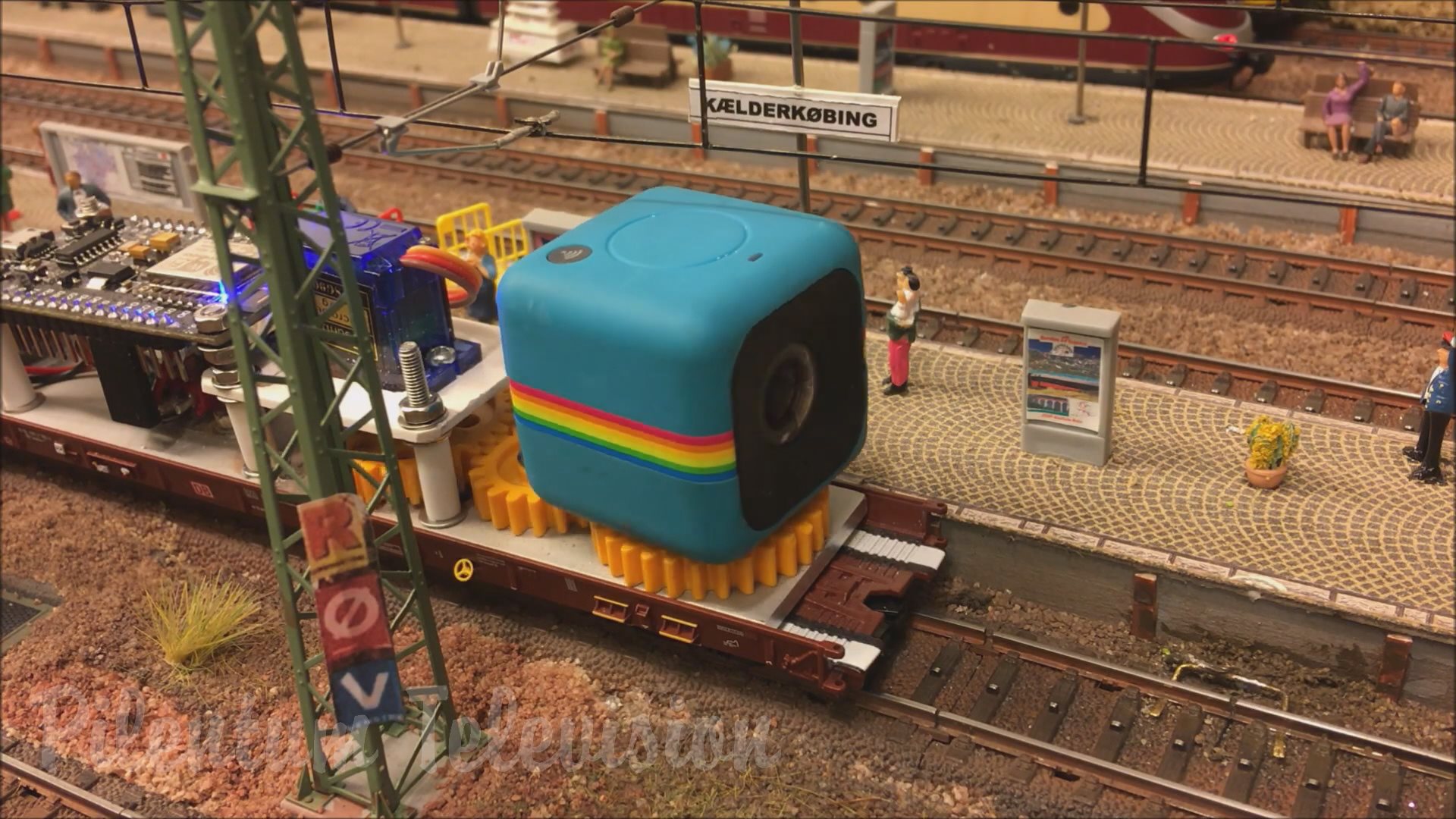 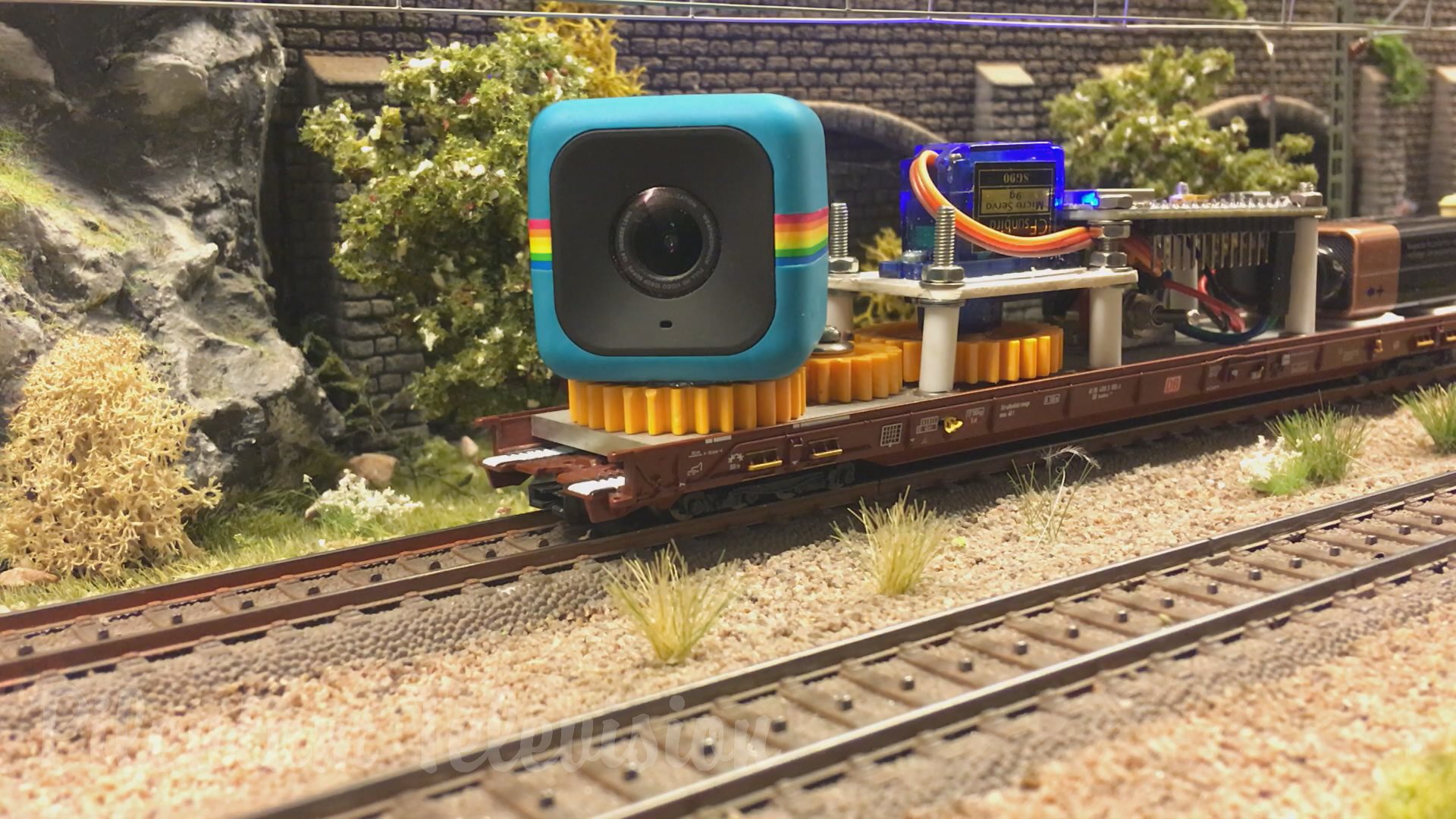 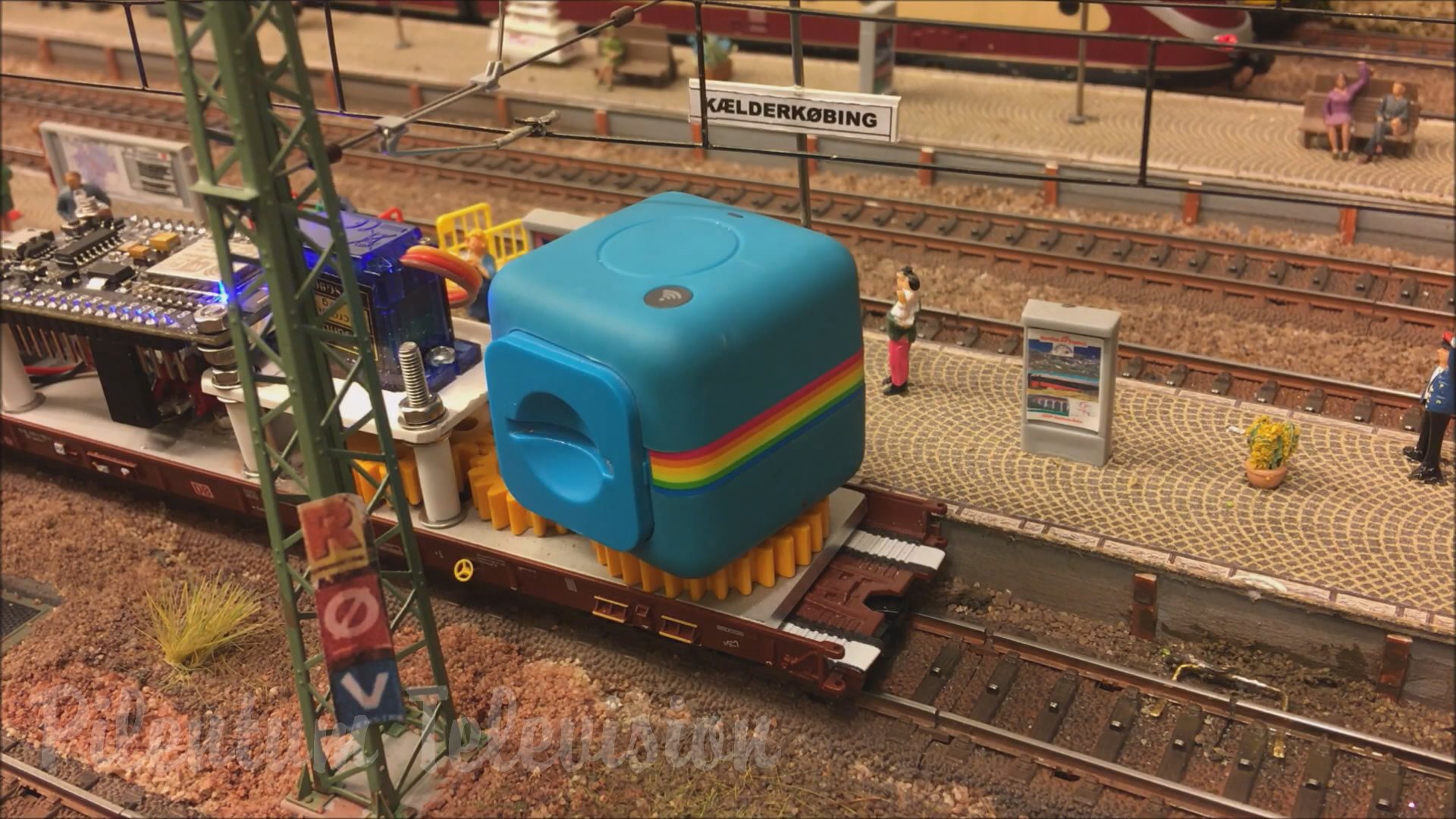 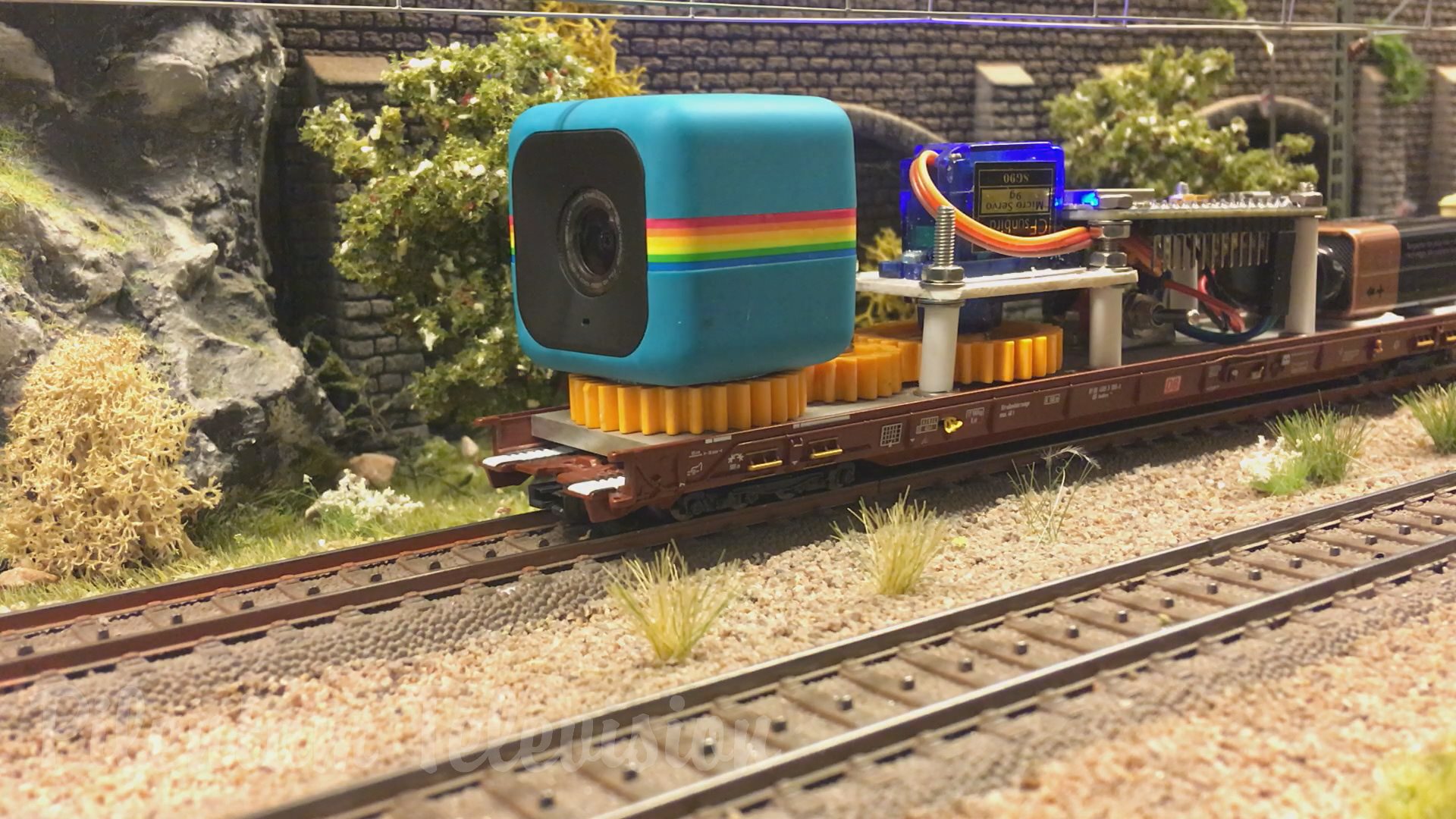