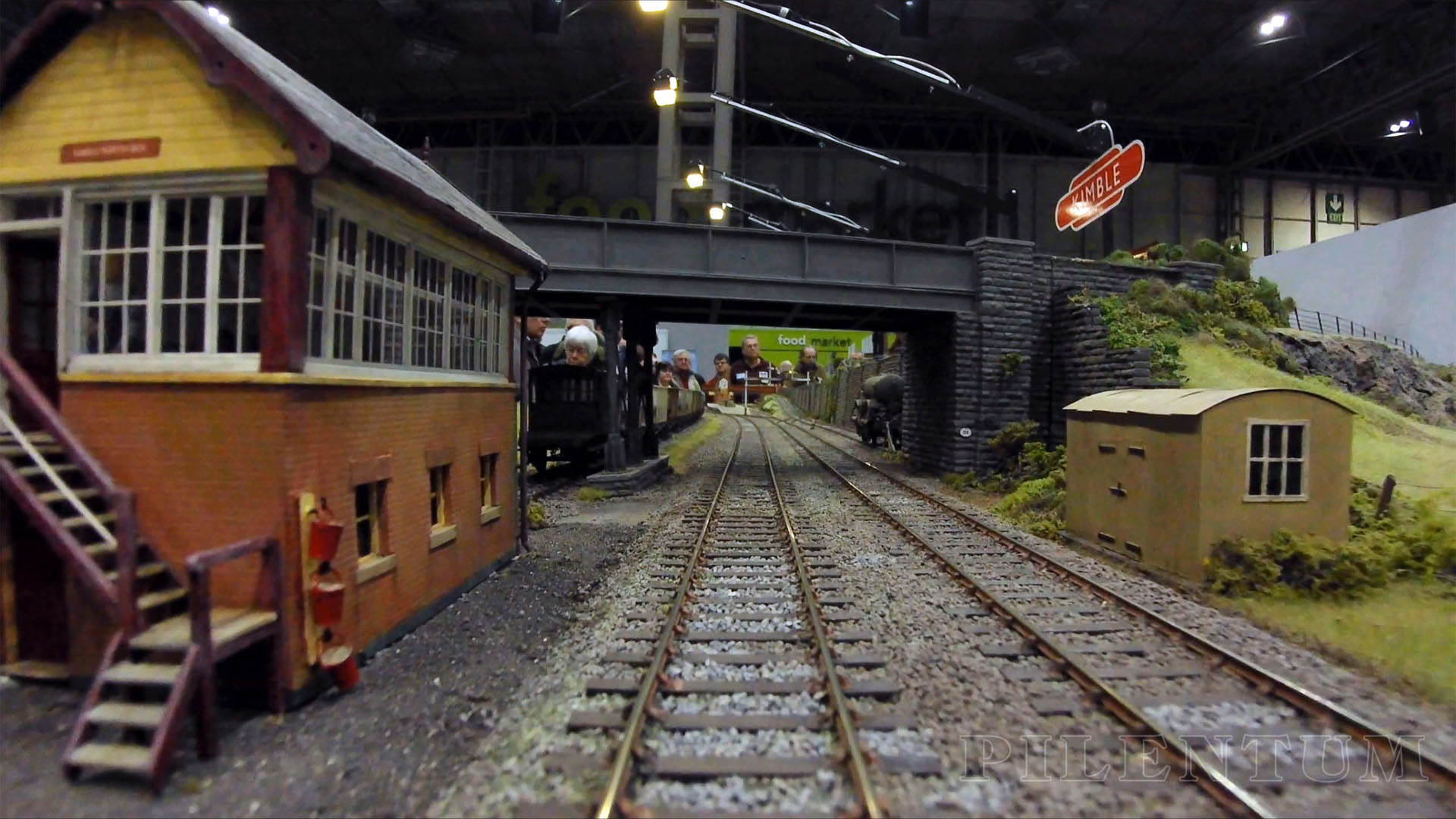 The modelled location is non-specific, the buildings and structures based on the British Railways’ infrastructure. A double track (continuous loop) main line has a through station and a six track fiddle yard which allows for 12+ model trains to be marshalled at any one time. The focus at exhibitions is running main line trains although loco movements on and off shed are an attractive feature.

At the north end (right), is an impressive viaduct, with hills, rocky outcrops, pine trees and a tunnel. At the southern end (left), the town of Kimble is set on a hill. There are some industrial buildings and workers' housing. Below the town there is the through station, set-back siding and a comprehensive motive power depot with roads leading to the loco shed, to the coaling, as well as to the storage and turntable. The majority of locomotives are fitted with sound decoders, and control is by DCC using MERG components.

The model railway layout was made by the O Gauge Group of L&WMRS. There are over a dozen members in the Group with a wide range of skill sets from novice to expert but with a common interest in producing a visually accurate and working, fine scale layout. Members are invited to contribute by constructing buildings and scenery, be involved in developing track layout and control.

The “Kimble Layout” with its overall measurements of 12.2m x 4.9m (40’ x 16’) has been in production for a number of years and is undergoing a massive change to its electronics. Apart from DCC train control, there are individual hand controllers plugged in at strategic points on the layout allowing lots of members to get involved. Track and signalling is currently operated separately by a ZTC master controller which will be replaced by MERG equipment in due course. 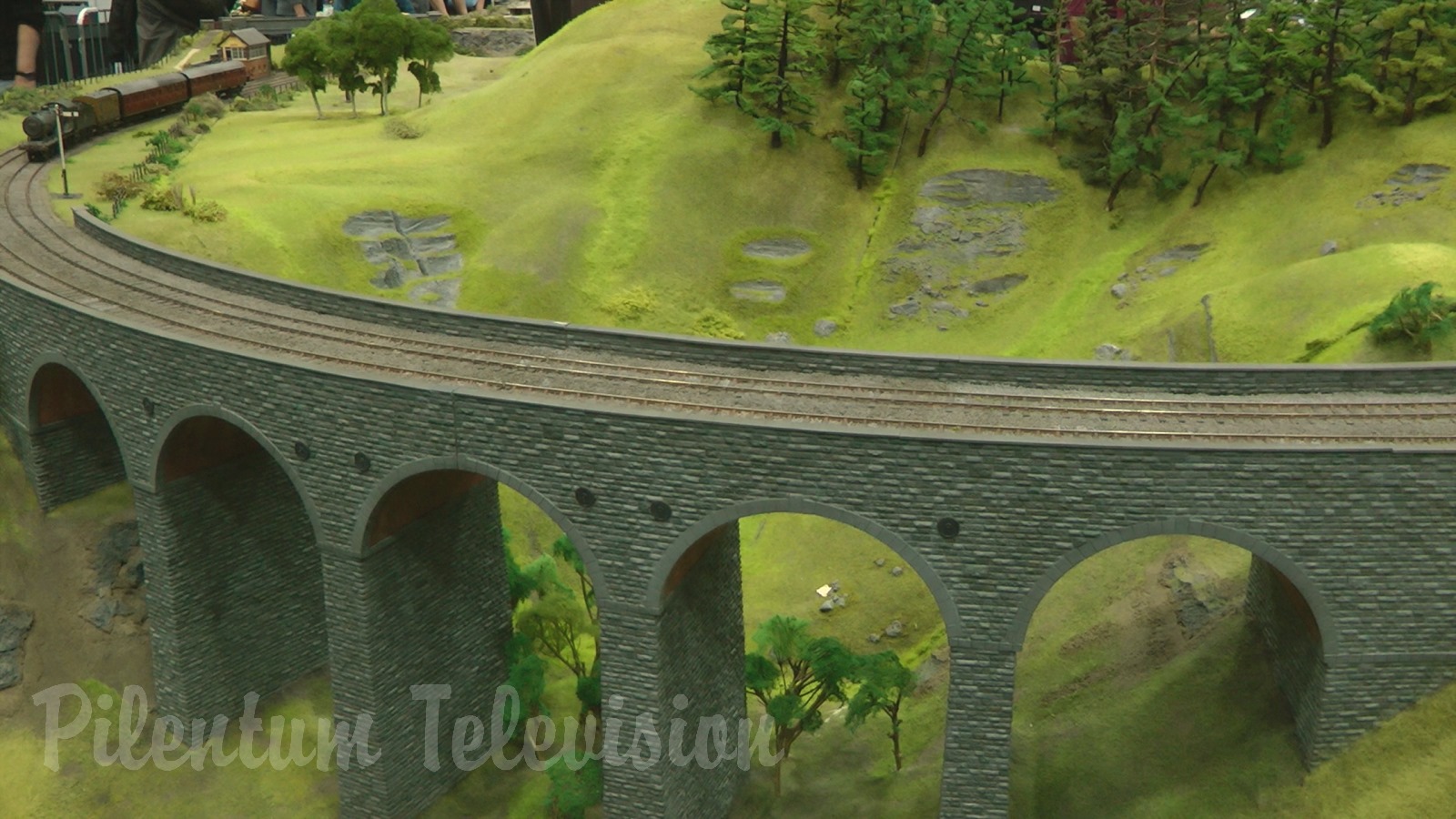 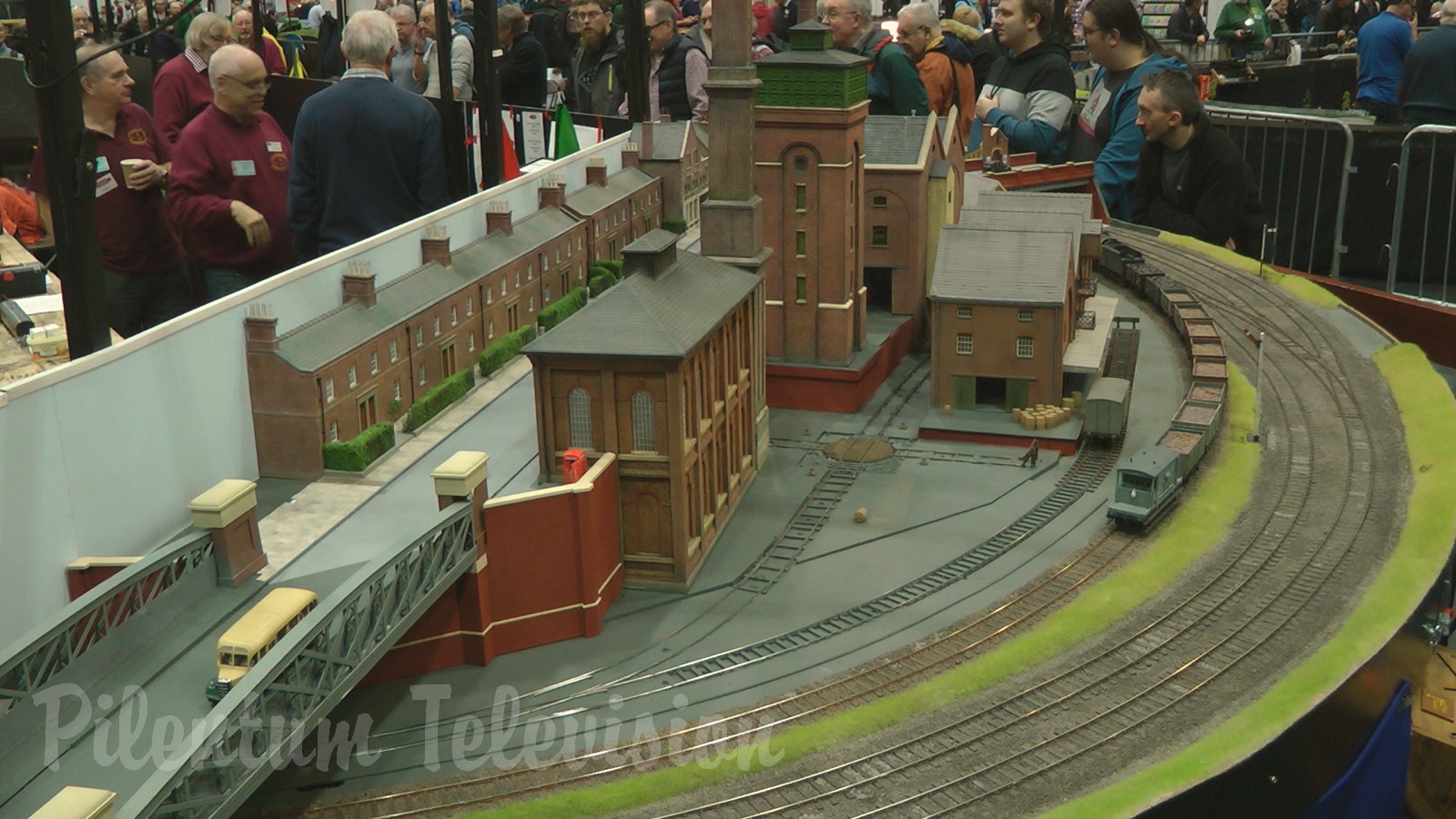 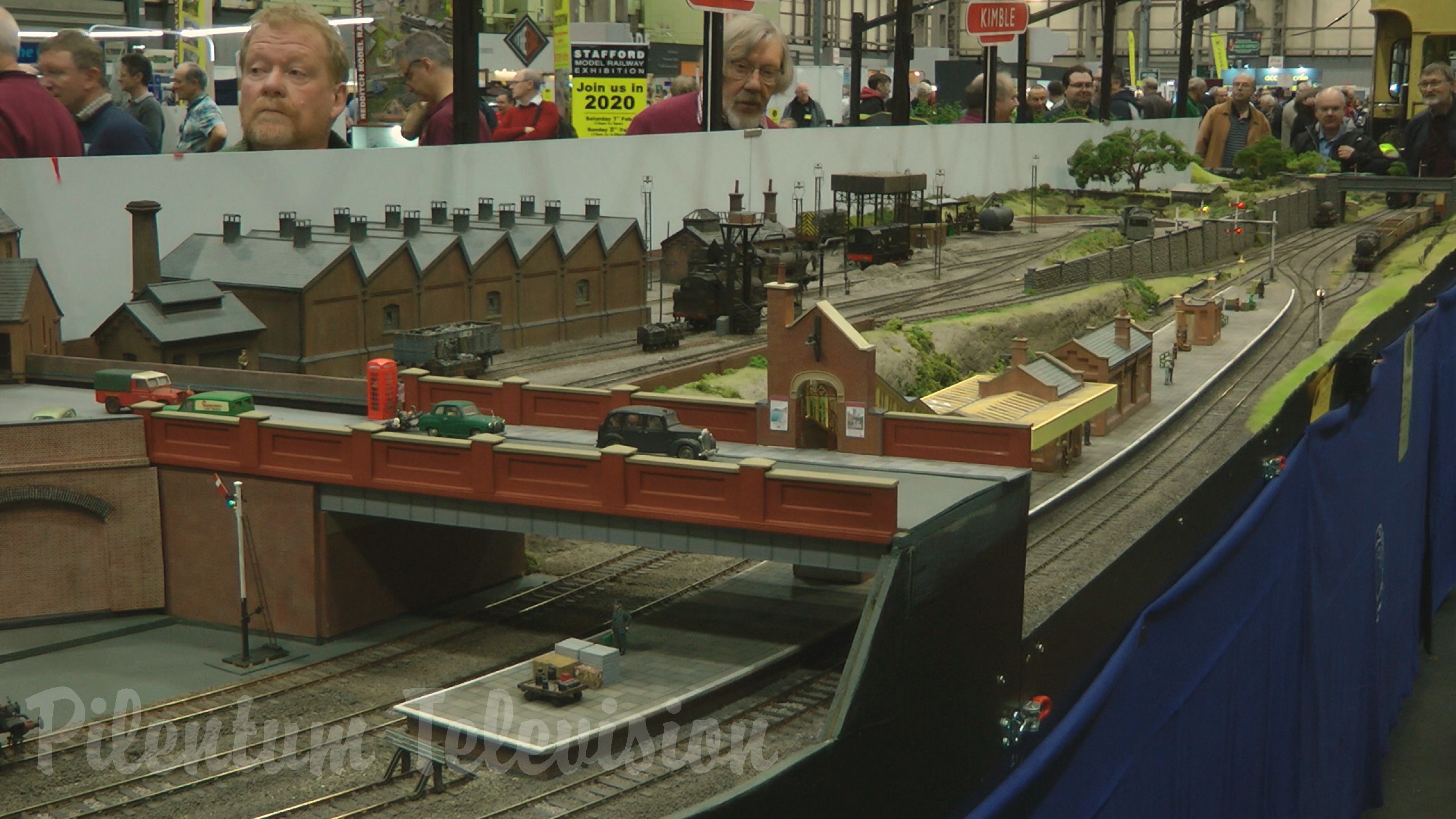 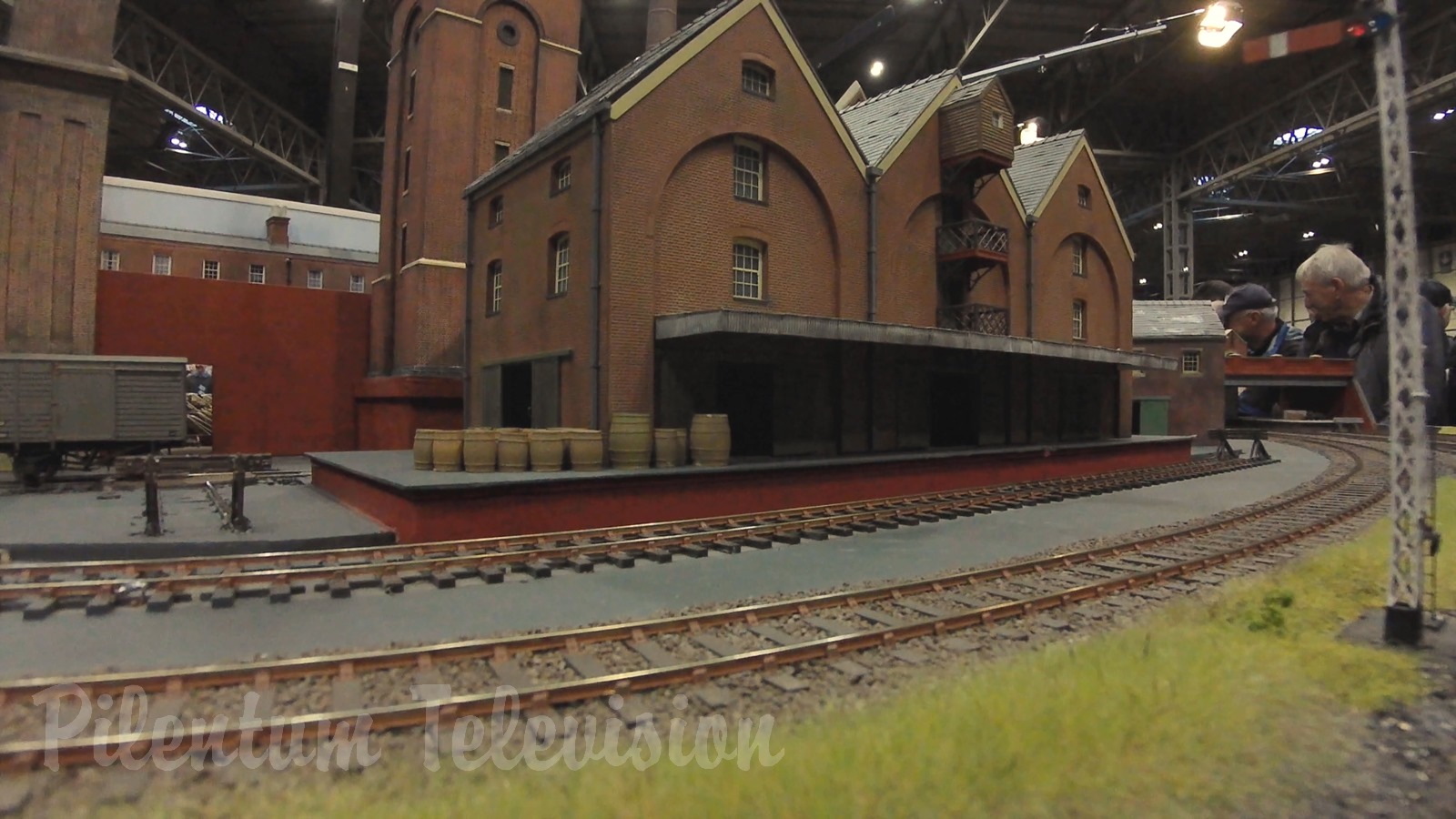 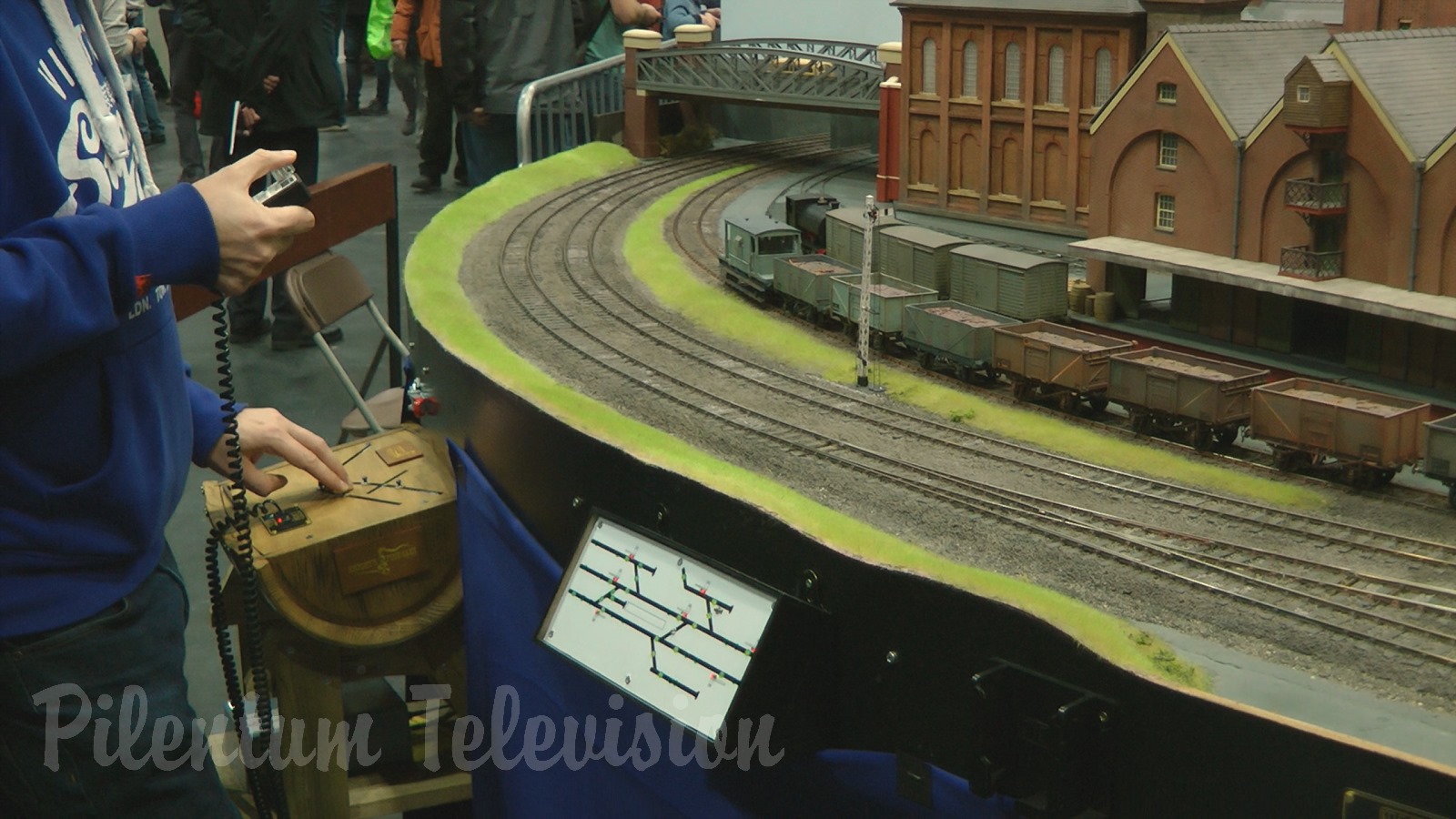 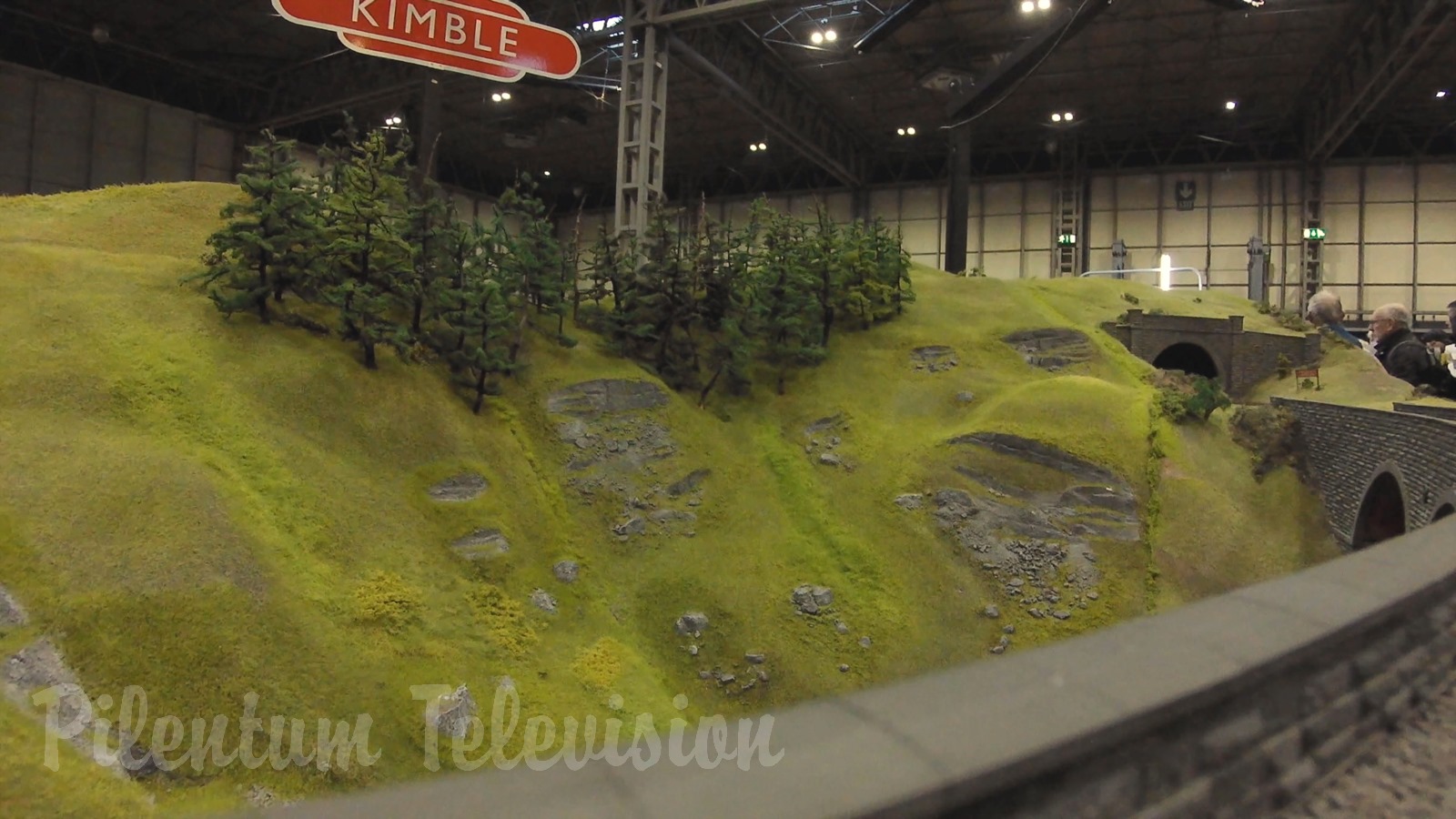 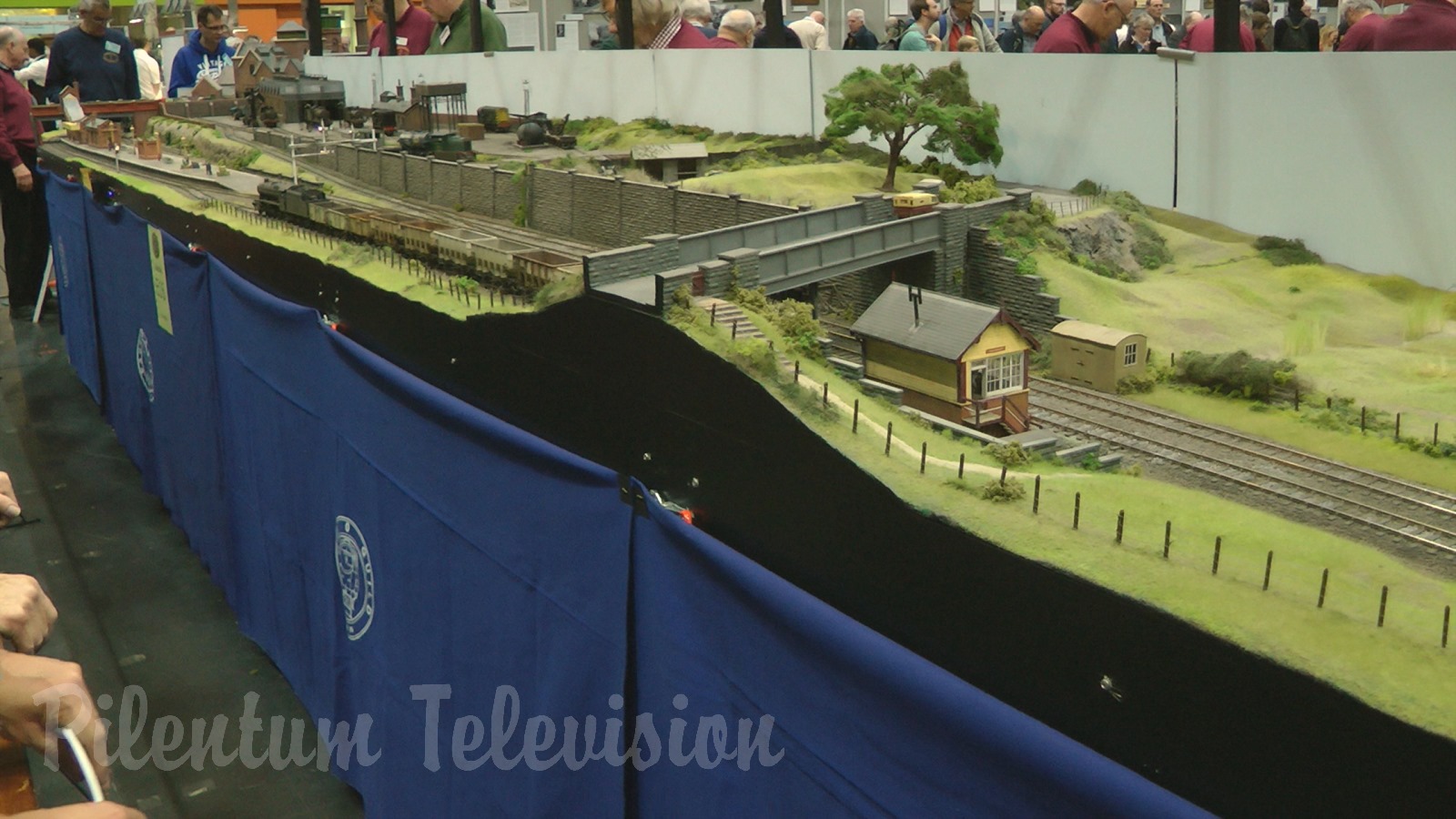 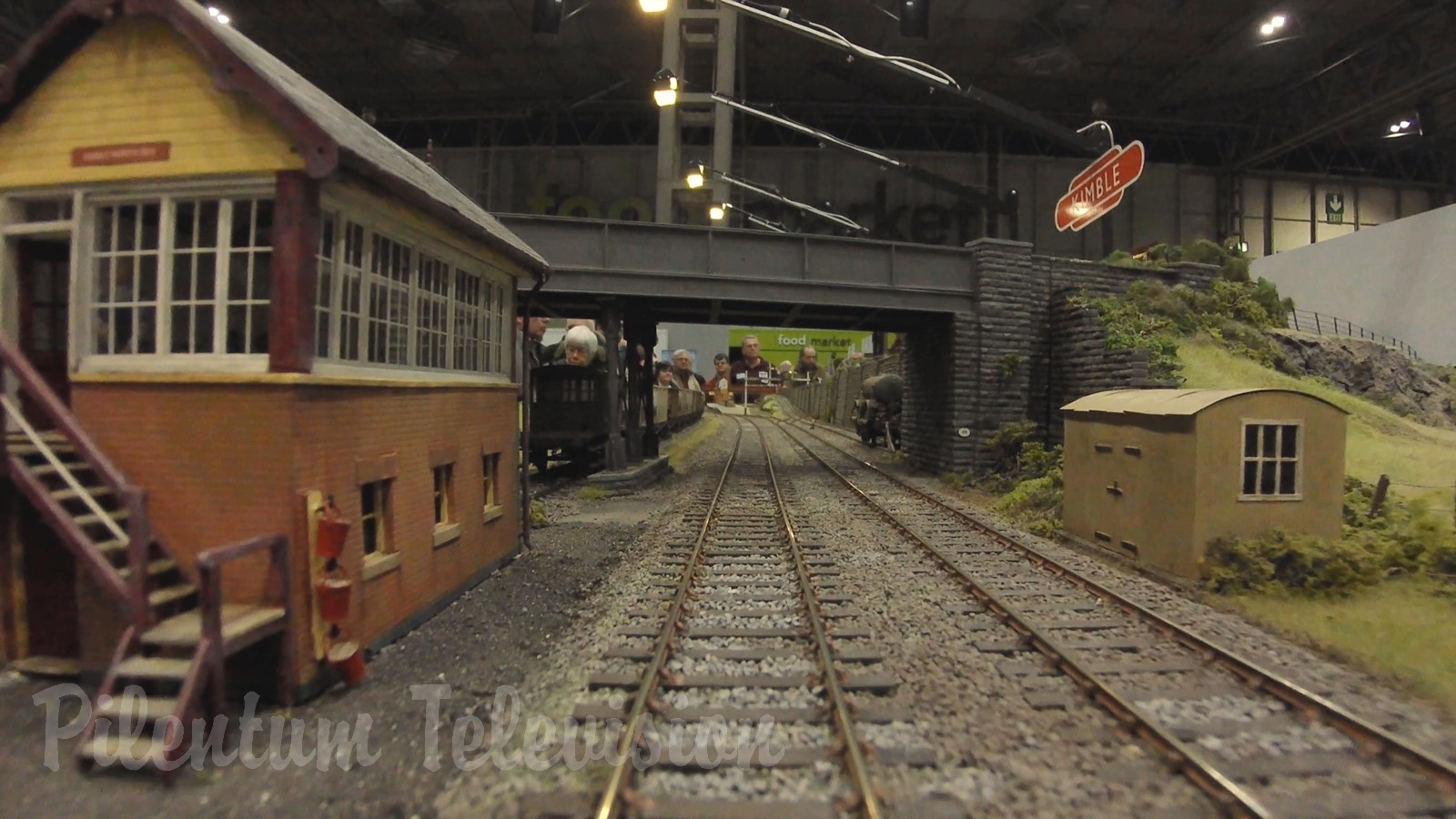